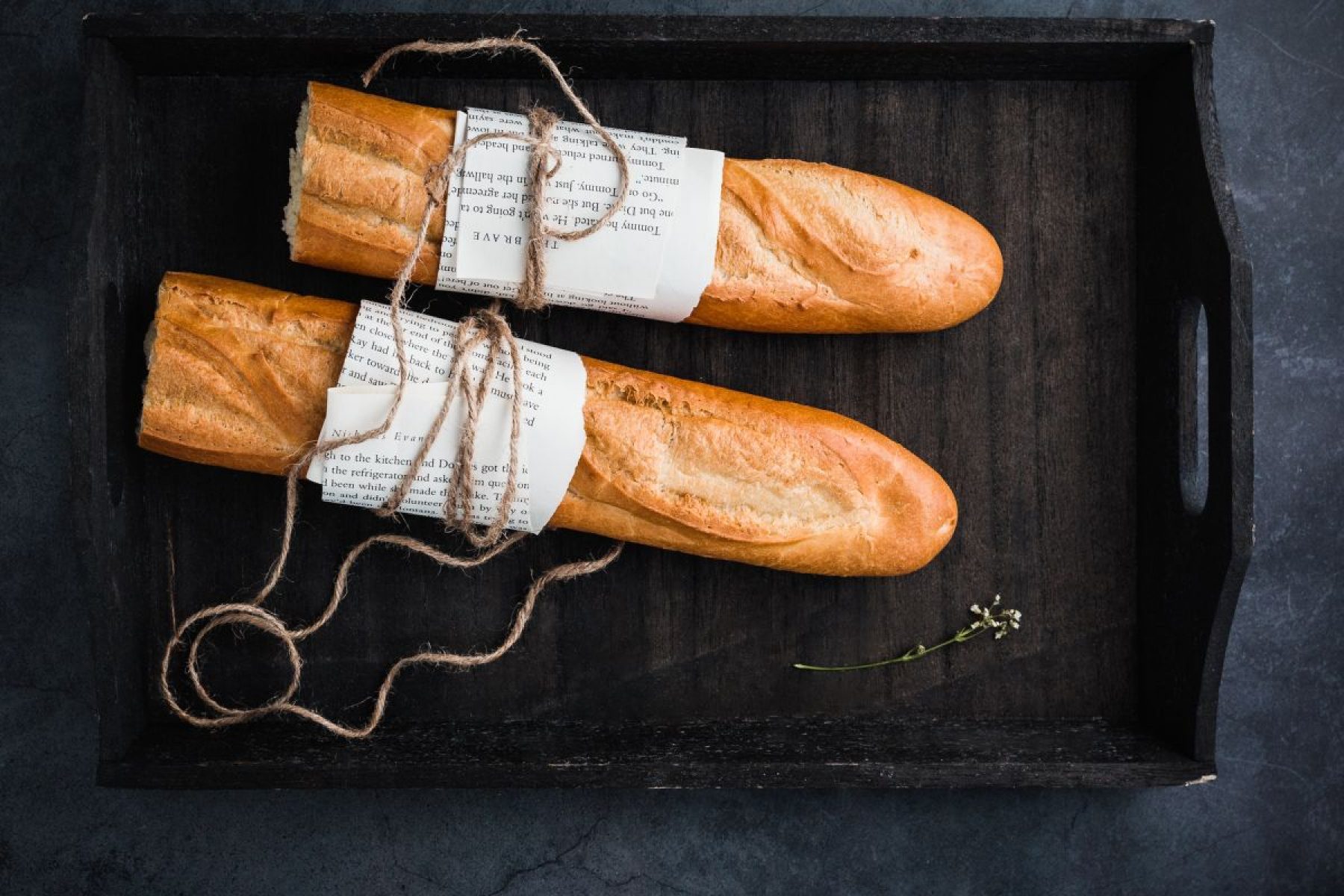 Loaves in lockdown: why people are turning to bread during the pandemic

Home bakers across the country are proving that bread can still bring us together, even while we are apart

Home bakers across the country are proving that bread can still bring us together, even while we are apart

“One of my loaves was given to a consultant who hadn’t left the hospital for 48 hours,” says Martha de Lacey. “Apparently she burst into tears when she saw it.”

Such is the power of bread, which has come to mean so much to so many during the Covid-19 crisis. While there’s no shortage of loaves in shops, shelves are bare of flour and yeast. Instead of shopping for it, people are baking bread during lockdown to self-soothe and share.

De Lacey teaches bread making at her home in east London and although students haven’t been coming through her door since the lockdown, the sourdough hasn’t stopped. “I’m giving away about 30 loaves a week,” says the baker, who donates bread to staff at three London hospitals.

“Making bread makes me feel happy,” she says. “At first I felt really helpless, but now it feels really good to be able to do something, even if it’s really small.” She adds: “Baking is really therapeutic. Turning flour into something you can eat is just kind of magical. I can’t save anyone’s life, but I can make someone smile.”

“Bread is comforting, it’s fundamental,” says Rebecca Woollard, a freelance food writer living in Bromley, London, who has been giving loaves and other baked goods to people in her area, including paramedics. “It’s lovely to see I’ve made someone happier for a few minutes,” she says. “I want to look back and know I used this time well. People have been so grateful to receive a fresh loaf. That for me is the most important thing.”

Simon Cox, an SEO consultant, has baked around a dozen loaves for neighbours in Lingfield, Surrey. “It’s brought us all together more,” he says. “I’m really enjoying baking and seeing pictures of how they’ve used it. I think people are realising homemade bread tastes a lot better. I think that’s why people are enjoying mine.” 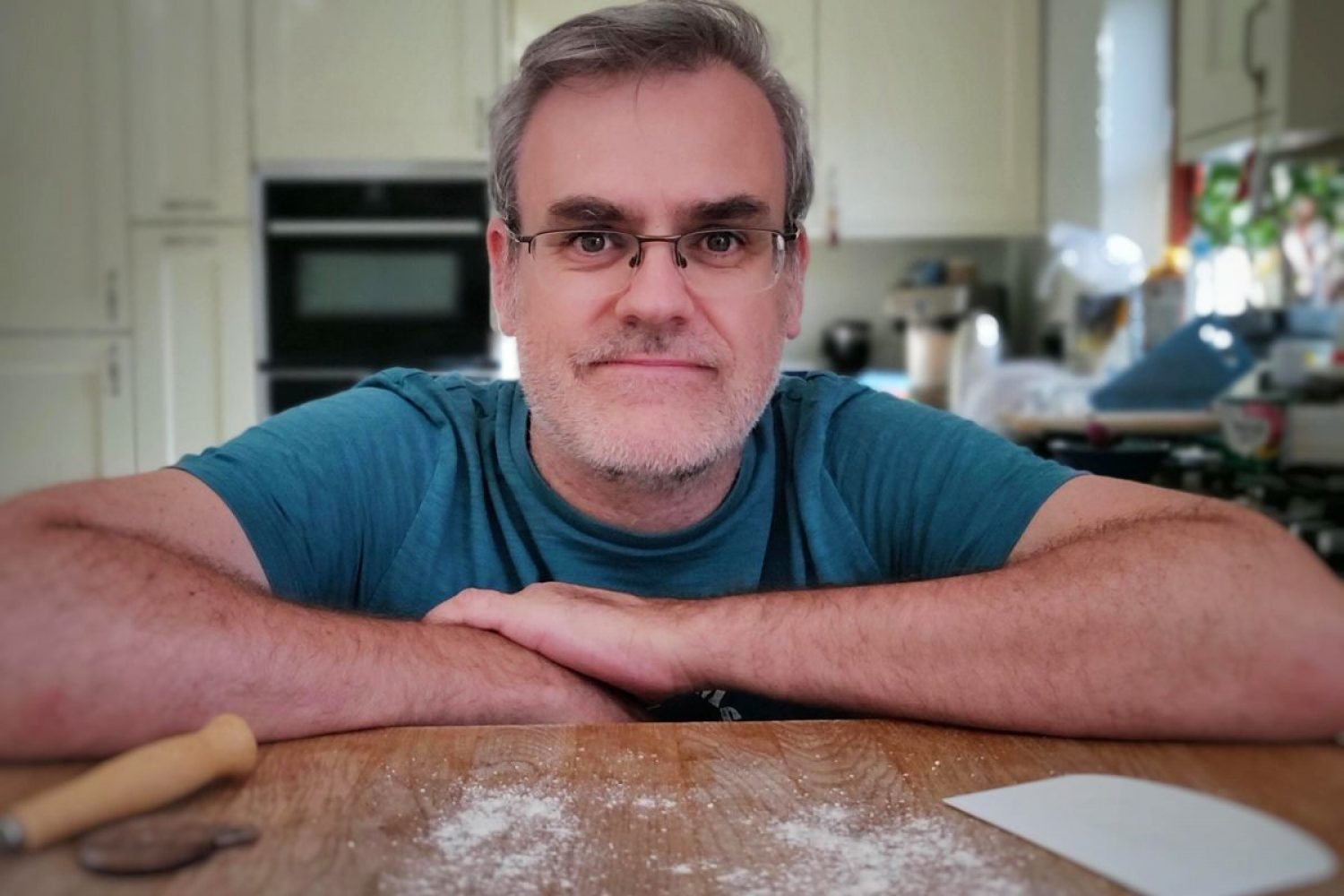 As well as bread, recipes are also being shared, as many novices are seeking advice from seasoned bakers. “I think people want to feel they can fend for themselves during the time of crisis,” says David Stubley, who’s been giving tips on social media and doing FaceTime bake-alongs with friends, all whilst running his cyber security business. “It’s been cathartic,” he says. “Sharing positivity is part of it but I believe in sharing knowledge too. It’s been a good distraction.”

“I think people have seen lockdown as an opportunity to get stuck into the challenge,” says Amy Overy, a television producer, who has shared her sourdough starter with neighbours in Tring, Hertfordshire to get them going. “They’ve been sending me photos of their bakes, which is a really lovely feeling,” she says. “I’m chuffed for them. I feel like a proud parent.”

Marketing director, Aimée Bryan, has been isolating at home on her own in Blenheim, Oxfordshire and says receiving a surprise loaf from a neighbour gave her a lift. “Bread is about care and support,” she says. “When someone gives you that, it’s days of work they’re handing over to you. It means a lot. They’ve put everything into it.” 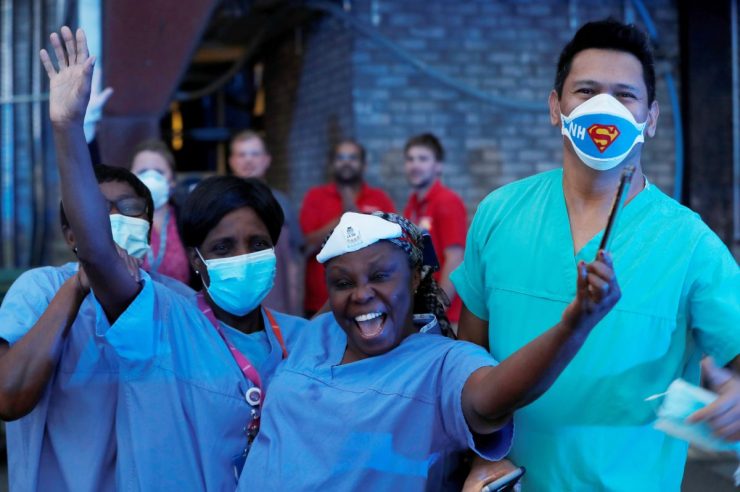 ‘Everyone wants to do their bit’: The volunteers sewing scrubs for NHS workers Amateur sewers across the UK are using their skills to make hospital uniforms for health workers fighting coronavirus Health Positive People Society UK
This is part of our ‘Positive responses to coronavirus’ series:
New issue out now