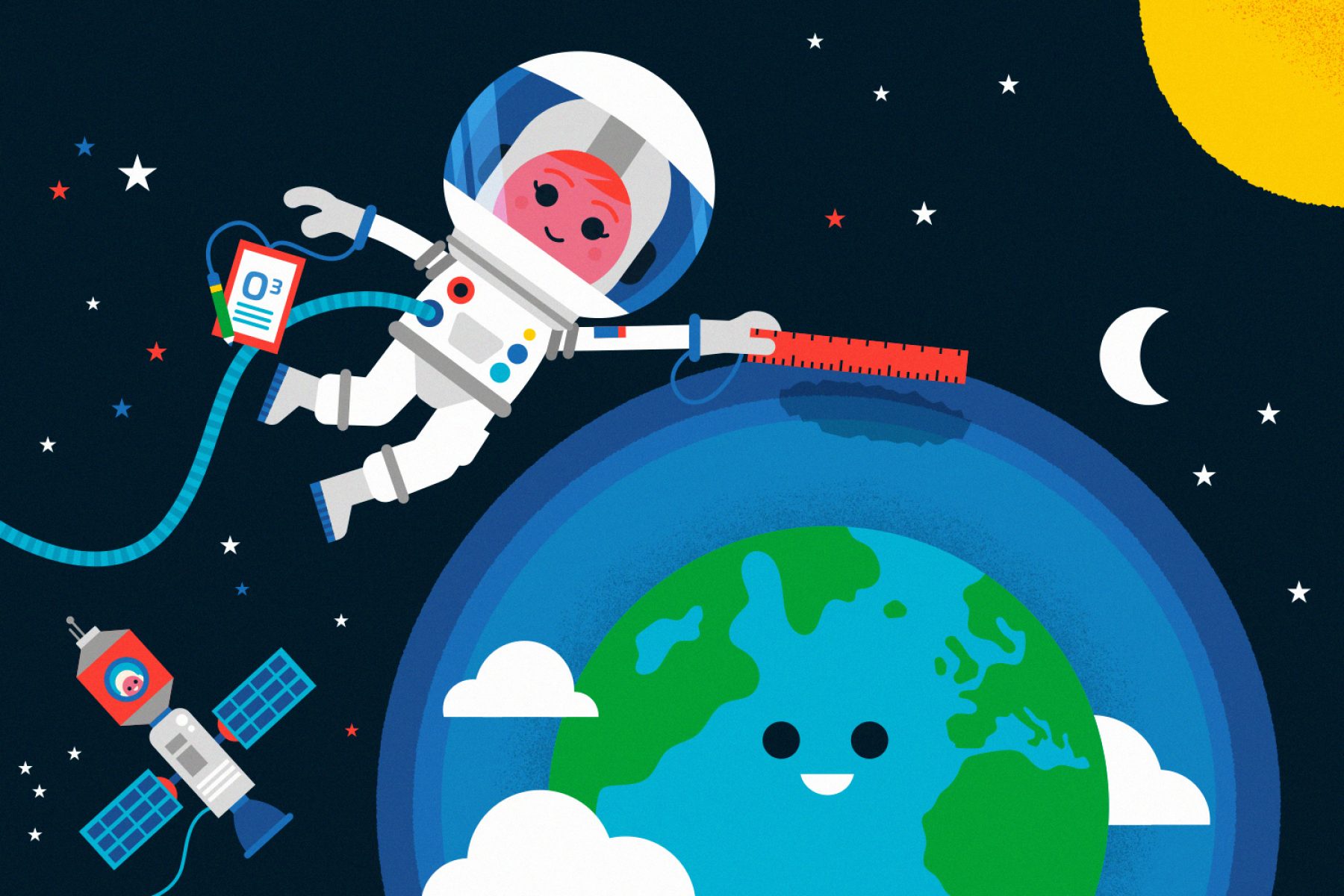 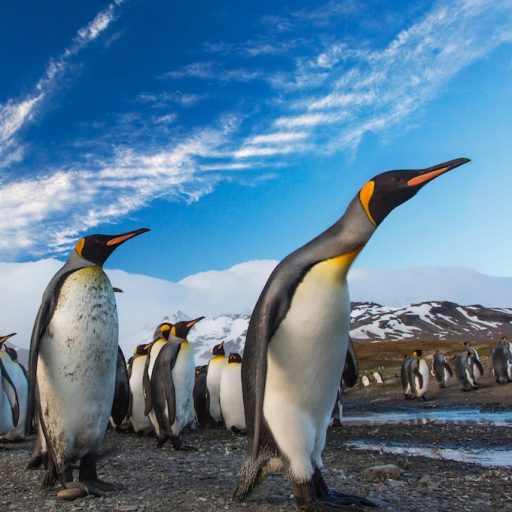 1. Fresh evidence pointed to continuing recovery of the ozone layer

According to the latest assessment of its condition, the upper layer above the northern hemisphere is likely to be completely repaired by the 2030s and the entire layer by 2060, says the UN. It has been hailed as a remarkable turnaround that shows what is possible with global action. 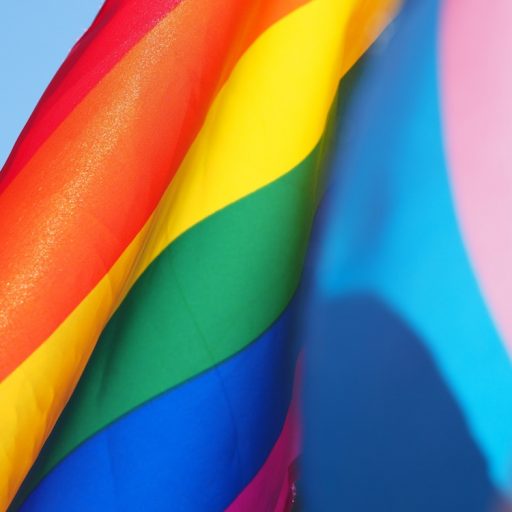 But the nation’s supreme court voted to overturn the law in September, ruling that consensual gay sex “among consenting adults in private” is not a crime. 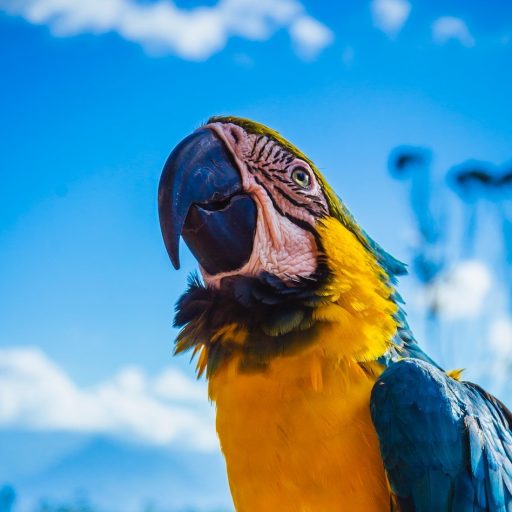 Colombia’s Serranía de Chiribiquete was declared the world’s largest tropical rainforest national park. In news welcomed by conservationists around the world, the park was enlarged by 5,800sq miles in July, bringing its total size to 17,000sq miles.

The Serranía de Chiribiquete is home to thousands of species – many threatened – including jaguars, giant otters, giant anteaters, lowland tapirs, woolly monkeys, macaws (like the one pictured) and the endemic Chiribiquete emerald hummingbird. 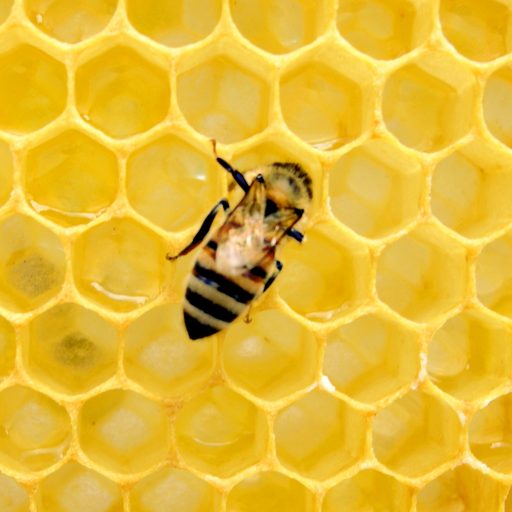 4. The EU voted for a total ban on bee-harming insecticides

In April, the EU agreed to ban a group of insecticides that have been linked to a dramatic reduction in bee numbers.

Experts from the body’s 28 states agreed to ban the use of three toxic neonicotinoids, six years after the European Food Safety Authority concluded that the chemicals were harmful to bees. The outdoor application of imidacloprid, clothianidin and thiamethoxam – the world’s most widely used insecticides – would be banned from all fields in EU member states within six months, said EU chiefs. 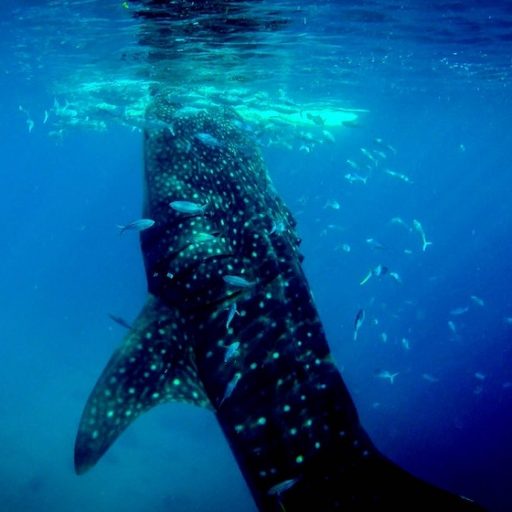 5. The Belize Great Barrier Reef was removed from the Unesco list of threatened world heritage sites

Ten years after the site was first added, Unesco removed the reef from the list. “Visionary” steps have been taken to protect the reef, which is home to hundreds of varieties of sharks, tropical fish and sea turtles. The Belize government banned oil exploration there, among its efforts. 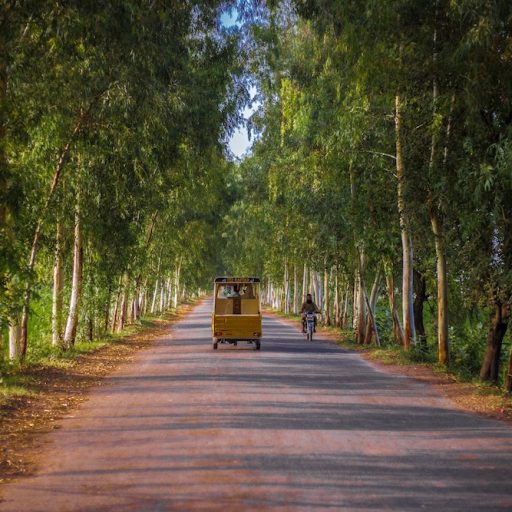 Pakistan’s new government pledged to plant 10bn trees over five years to help combat climate change. It is an expansion of the ‘billion tree tsunami’ project by prime minister Imran Khan, which is a bid to restore 350,000 hectares of forest. As well as releasing oxygen, it is hoped the trees will help prevent flooding from glaciers in the country’s north. 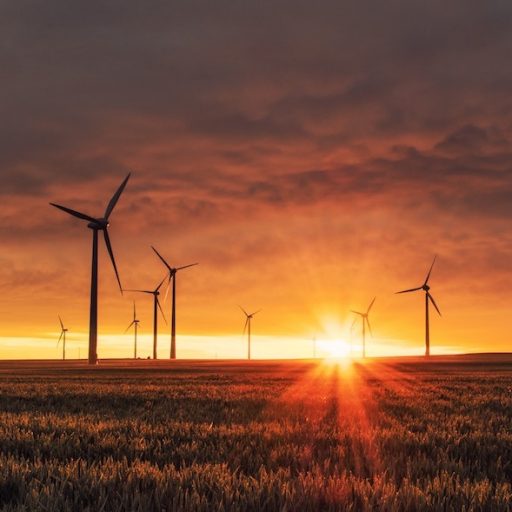 7. In the UK, half of the cheapest deals are now green tariffs, it was revealed

Research by switching service uSwitch found that five of the top 10 cheapest tariffs are green deals offered by challengers to the ‘big six’. Many consumers wrongly believe that renewable energy deals are more expensive, the research suggested. 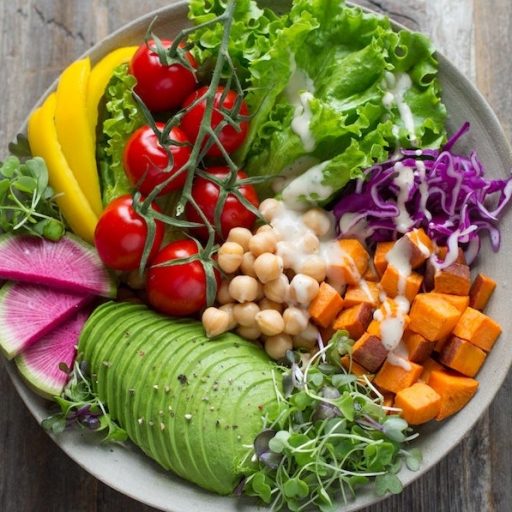 8. 70 per cent of the world's population is reducing their meat consumption, or ditching meat altogether, research showed

Millennials are driving a worldwide shift away from meat, according to a report released in March by analytics company GlobalData. Walmart, the world’s largest retailer, is urging suppliers to offer more plant-based products. 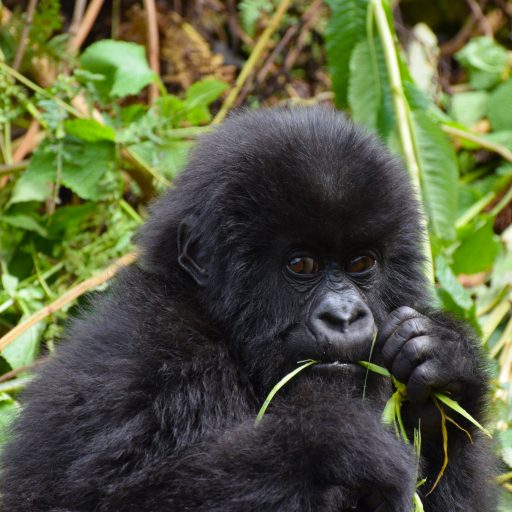 Global numbers of critically endangered mountain gorillas are now above 1,000 – a 25 per cent increase since 2010 – showed census results revealed in May. There are now at least 604 of the apes in the Virunga Massif in east-central Africa: the focus of concerted conservation efforts in recent years. The area, which spans the borders of the Democratic Republic of Congo, Uganda and Rwanda, is one of the two remaining areas where the great ape is found. 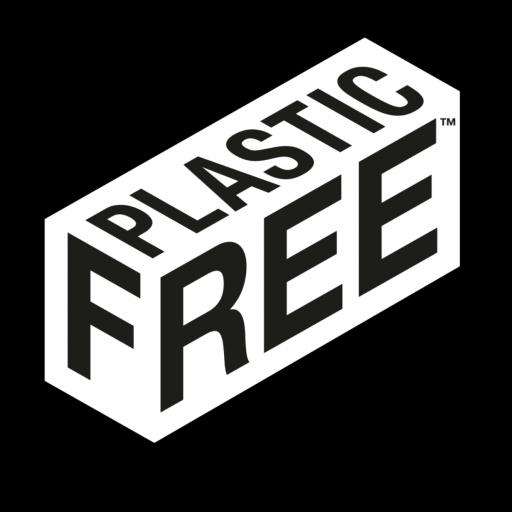 10. In the UK, a label was launched to helps shoppers swerve plastic packaging

A plastic-free ‘trust mark’ has been launched to help shoppers steer clear of products that are packaged in plastic.

UK supermarket chain Iceland was among the first to take up the mark, which sits on the front of plastic-free food and drink items. The design was developed by campaign group A Plastic Planet, which helped launch the world’s first dedicated plastic-free supermarket aisle in Amsterdam. “Now we all know the damage our addiction to plastic has caused, we want to do the right thing and buy plastic-free,” said the group’s co-founder Sian Sutherland. 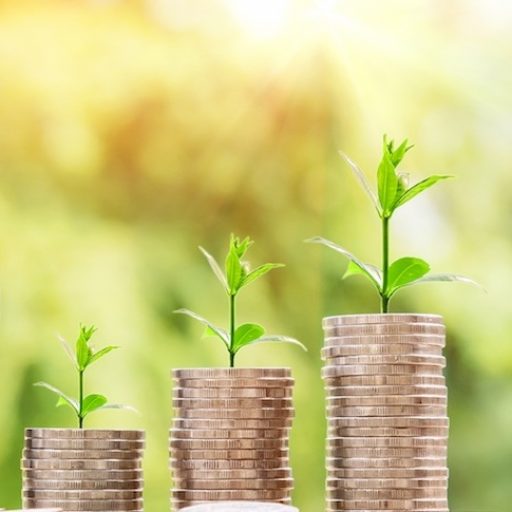 11. $228bn is now invested in 'impact' globally – double the figure last year – it was revealed

The figure, which is equivalent to £180bn, was estimated by the Global Impact Investing Network in June. It represents investments made into companies, funds and organisations that intend to make a positive social and environmental impact alongside generating a financial return. 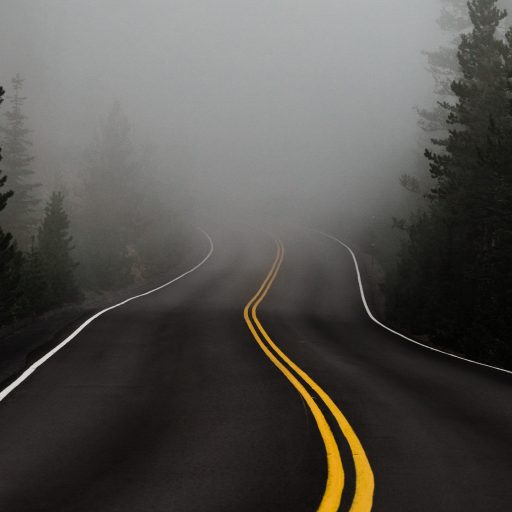 The world’s first electrified road, which recharges the batteries of cars and trucks as they drive along it, opened in Sweden.

The public road near Stockholm now has about 2km (1.2 miles) of electric rail embedded within it, transferring energy via a movable arm that attaches to the bottom of vehicles. Sweden’s roads agency plans to expand the scheme nationally. The design has been likened to that of Scalextric tracks. 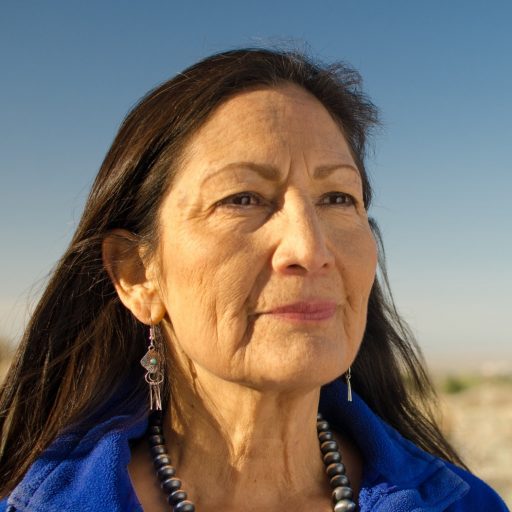 13. Diverse candidates made history in the US midterm elections

Historic firsts were witnessed across the US in November, as voters chose from a set of candidates that was among the most diverse to run in the country.

Native American, Muslim and LGBT candidates all made wins as the Democrats took control of the House, while Republicans tightened their grip on the Senate. Deb Haaland, (pictured) became one of two Native American women to be elected to Congress. 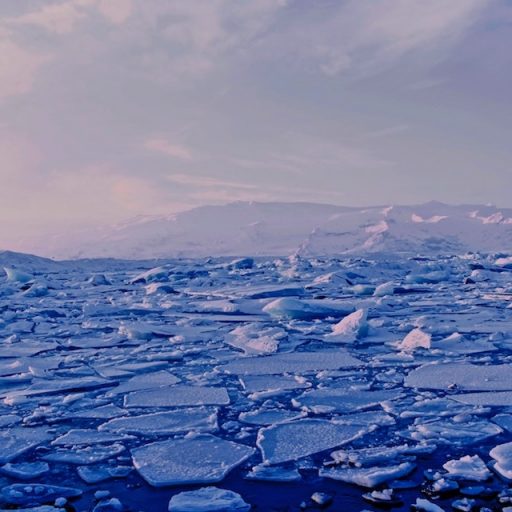 14. An international agreement banned commercial fishing in the Arctic

As melting ice opens up creates fresh potential for exploitation in the Arctic, a ban signed in October aims to protect much of the fragile ecosystem. Commercial fishing will be banned across a significant expanse of the Arctic under the agreement signed in Greenland. 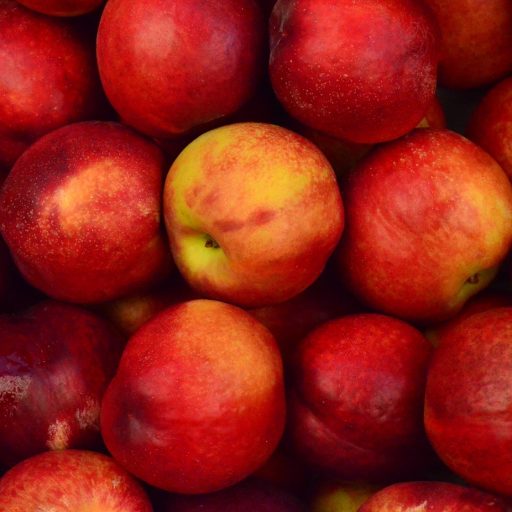 15. A major UK supermarket scrapped ‘best before’ dates from fruit and vegetable lines

UK supermarket chain Tesco pledged in October to remove more than 100 further best before dates from its fruit and vegetables, in response to customers saying it helps them reduce food waste.

Best before dates were due to be scrapped on 116 products including apples, oranges, cabbages and asparagus. This follows the supermarket removing the guidance dates from around 70 fruit and veg lines earlier in 2018. 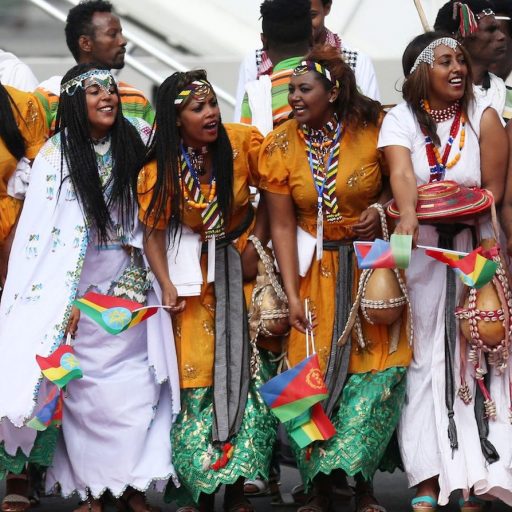 16. Ethiopia and Eritrea made peace following a 20-year conflict
‘A new wind of hope’ blew across Africa in July, as a surge of diplomacy appeared to put an end to one of the continent’s longest-running conflicts.
Families were reunited after a decades-long conflict between Ethiopia and Eritrea came to a surprise end. Leaders of the nations signed a declaration of peace and agreed to re-establish trade and diplomatic ties. Within a fortnight, the first Ethiopia-Eritrea flights for two decades took to the skies: passengers were served free champagne by way of celebration.
Image: Tiksa Negeri / Getty 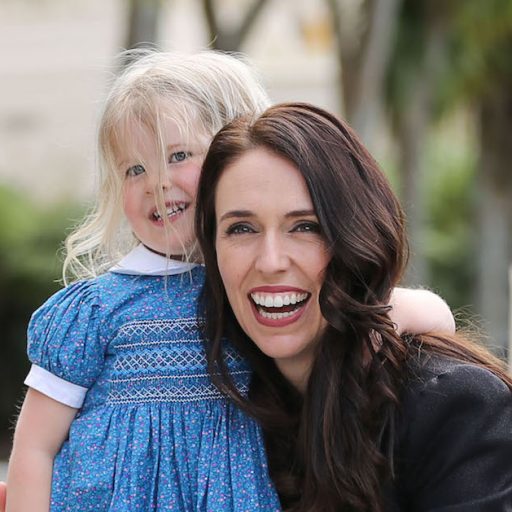 17. The New Zealand PM made history by bringing baby to UN meeting

In September, New Zealand prime minister Jacinda Ardern became the first female world leader to bring a baby to a meeting of the United Nations general assembly in New York. 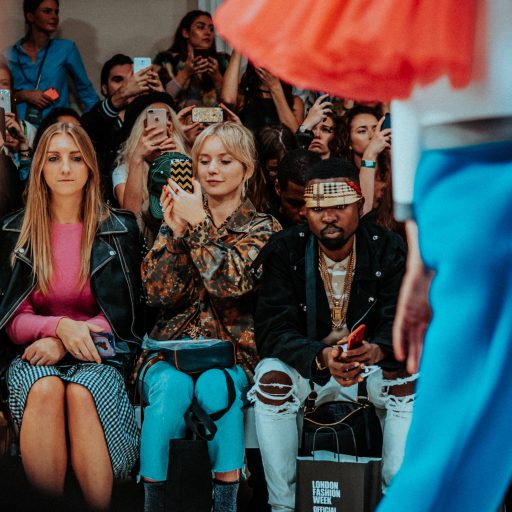 18. London became the first of the major global fashion weeks to end the use of animal fur in its shows

London fashion week will no longer use animal fur in its shows, it announced in September. The British Fashion Council (BFC) said none of the designers taking part on the official schedule this year would be using it.

The BFC’s chief executive, Caroline Rush, said this month’s fur-free event highlights a trend that has been building over the past few years, with more and more brands deciding to use alternative materials. “The survey results reflect a cultural change based on ideals and choices made by designer businesses, international brands as well as consumer sentiment,” read a statement. 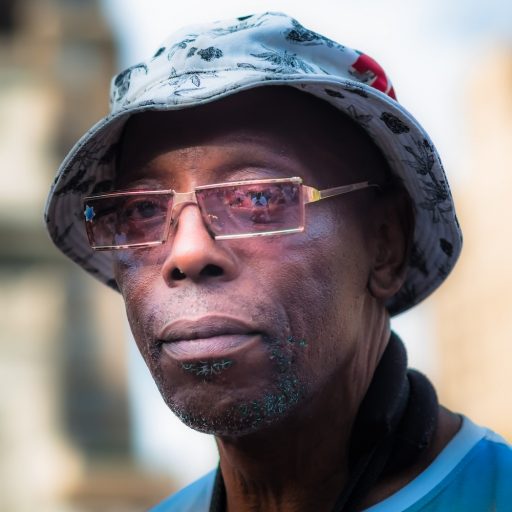 19. Rwanda became the first low income country to provide eye care to all

Rwanda became the first low income country to provide universal eye care to all of its citizens, by training 3,000 nurses in over 500 health clinics. Now, under 20 per cent of the population has access to electricity, but everyone can – in theory – access eye care. 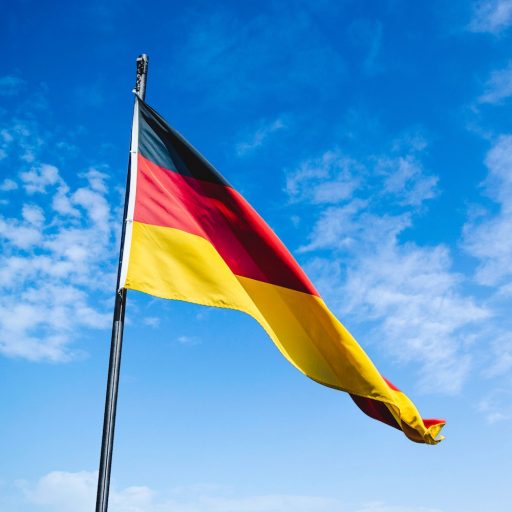 20. Research suggested that migrants are integrating well in Germany

Germany released new figures this summer showing that more than 300,000 refugees have now found jobs, and the share of MPs with migrant backgrounds has risen from 3 per cent to 9 per cent in the last two elections.