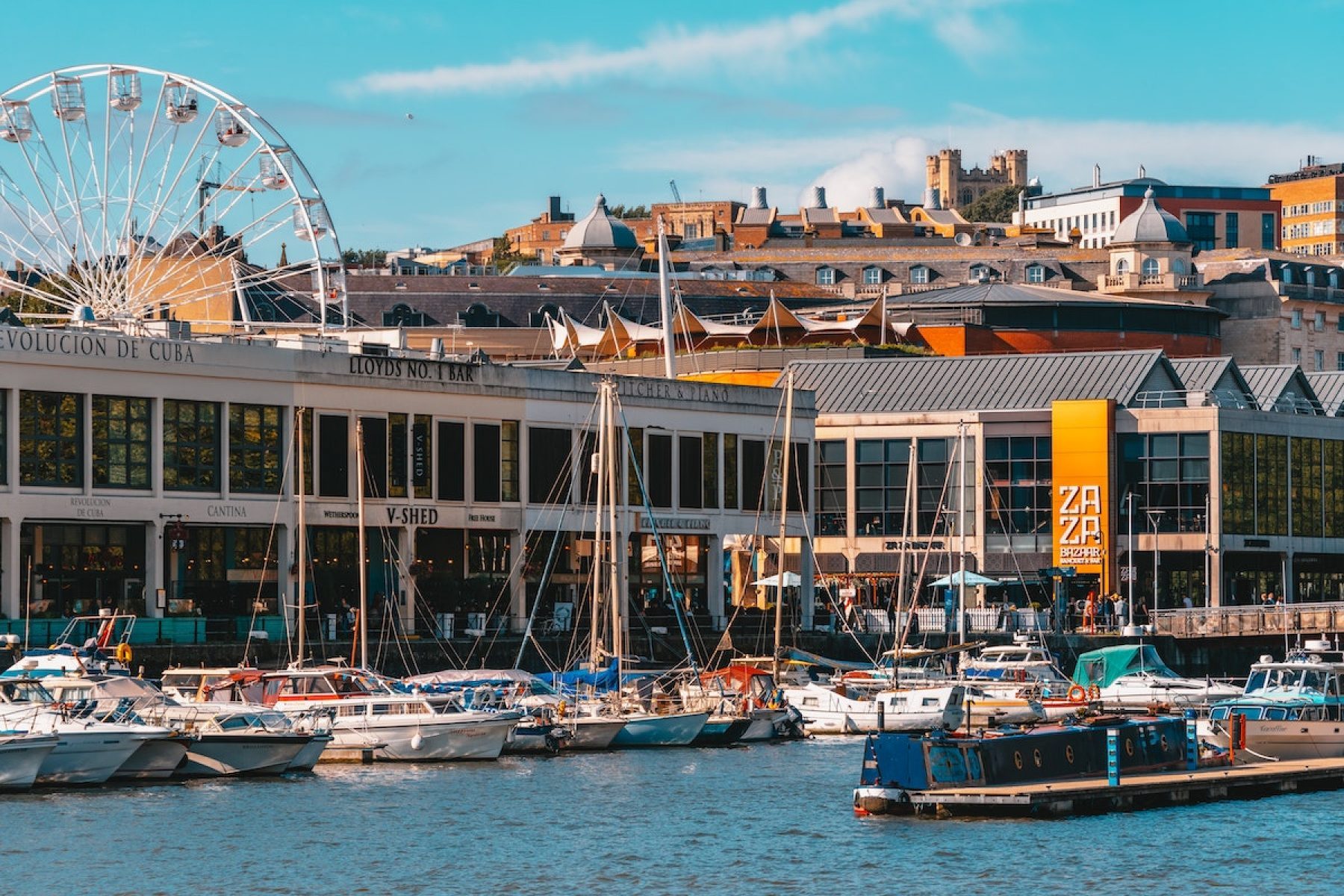 Best of Britain: 10 places that drove positive change in 2022

From the town that rewilded itself, to the city trialling a solution to homelessness, here are 10 UK beacons of progress for 2022

From the town that rewilded itself, to the city trialling a solution to homelessness, here are 10 UK beacons of progress for 2022 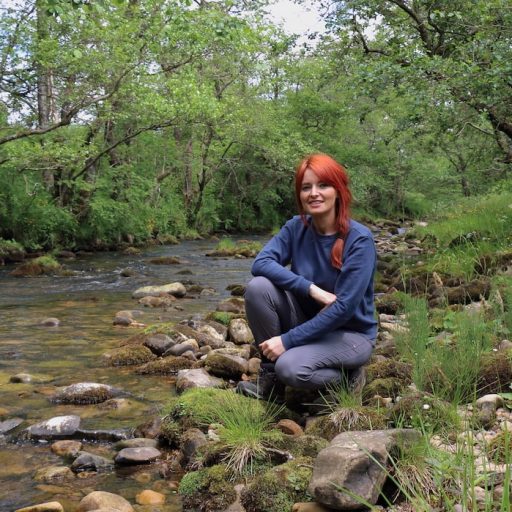 Langholm, Scotland – for buying a moor off a duke, and rewilding it

When the textile mills that once fuelled this Scottish town shut down one by one, it slumped into decades of slow decline. But then the local laird – the Duke of Buccleuch, for decades the UK’s largest landholder – put the vast moorland surrounding the town up for sale. Local resident Margaret Pool sensed a once-in-a-generation opportunity to spark new life into her town, and alongside fellow residents, made a plan to buy the 5,200 acres on offer.

They raised an amazing £3.8m via crowdfunding, and successfully bought the land, before creating the Tarras Valley Nature Reserve. They’ve since bought a further 5,300 acres off the Duke, meaning they can rewild the entire catchment of the Tarras River, offering tremendous opportunity for restoring an entire ecosystem at scale. The initiative, which is Scotland’s largest ever grassroots land buyout, has breathed new life and purpose into Langholm. 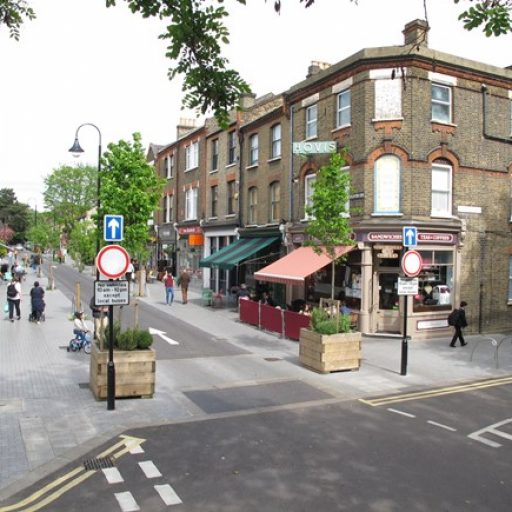 The north London borough of Waltham Forest has emerged in recent years as a green pioneer. It has undertaken a huge ‘mini-Holland’ transformation of its streets, bringing Dutch-style infrastructure to the borough with segregated cycle lanes, redesigned junctions for cyclists and a significant reduction in traffic on residential streets.

As well as this, in 2016 Waltham Forest became the first council in Britain to pledge to fully divest its pension fund from fossil fuels. It proved to be no small feat, but in September this year, the job was finally done – a first among UK councils. Other local authorities, particularly those that have declared climate emergencies, are being urged to follow suit. 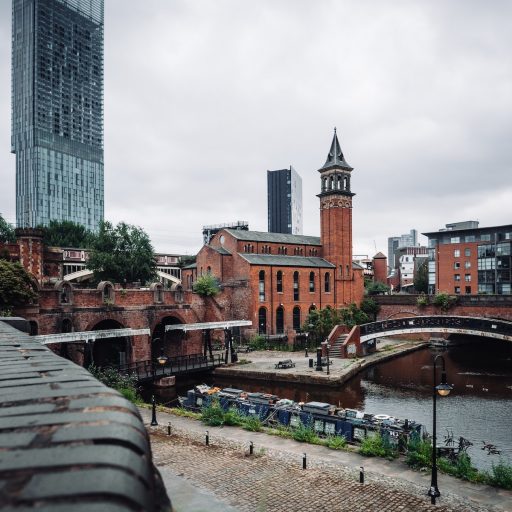 3. Manchester, England – for embarking on a retrofit revolution

As one of just 10 British cities to have an elected mayor, Manchester has proved just how much can get done with visible, directly accountable leadership.

In recent years, the city has embarked on a retrofit revolution, fixing up the leaky lofts of 1.2m homes in its bid to reach carbon neutrality by 2038. This will create an estimated 55,000 jobs in the region – and thousands of people are being trained up in retrofitting skills at their Low Carbon Academy.

Responding to calls for more green space in the city, Manchester also become the latest city to transform old railway infrastructure into a ‘sky park’, planting an unused railway line that used to bring coal into the city with hundreds of trees and shrubs. On top of all that, the city is also pioneering a new approach to homelessness that is getting people off the streets. 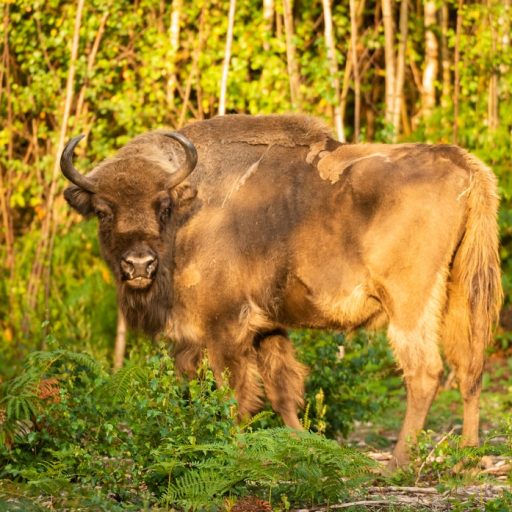 4. Canterbury, England – for reintroducing wild bison to its ancient woodland

Having been hunted to extinction in the UK thousands of years ago, wild bison are once again roaming English soil – in a woodland just four miles north of Canterbury. The animals were introduced to Kent’s West Blean and Thornden Woods, one of the largest areas of ancient woodland in the UK, by the Kent Wildlife Trust in July as part of a pioneering effort to boost biodiversity and tackle climate change.

It is hoped that where Kent leads, others will follow, and the animals could be reintroduced to other regions. So far the herd seem to be prospering – in September, the bison rangers were greeted by an unexpected visitor on their woodland round – a new bison calf, the first born in the UK for thousands of years. 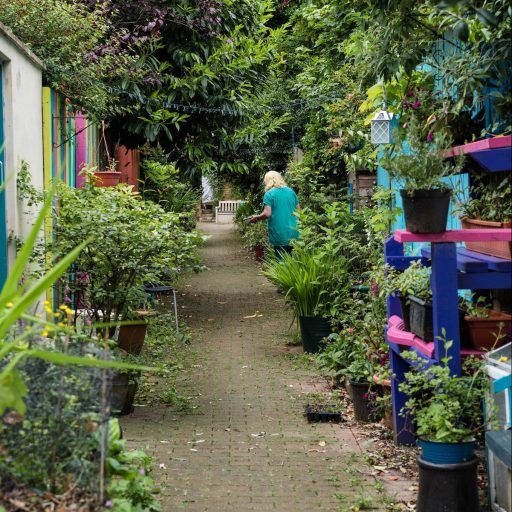 When residents of one Belfast street decided to clean up the alley behind their homes, they had no idea it would kick off a green revolution in the city. The neighbours worked with student volunteers from nearby Queen’s University to transform the litter-strewn alley into a colourful, plant-filled haven.

Now frequented by visitors and volunteers from across the city, from schoolchildren to students to the local Roma community, the success of Wildflower Alley has inspired a slew of copycat green initiatives in the city. In nearby Horsey Hill, tubs of edibles and flowers have brightened up the tarmacked lane, a ‘chatty bench’ has been installed overlooking the River Lagan, and residents recently hosted a mini version of the Belfast Mela cultural diversity festival. 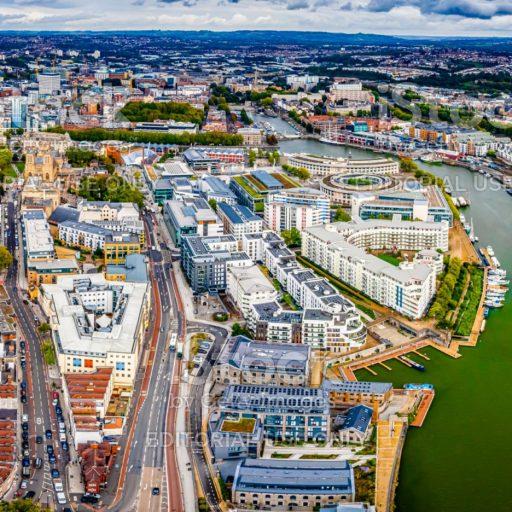 How a deprived council estate in Bristol managed to overcome the government’s labyrinthine planning laws to build Britain’s largest onshore wind turbine is a truly inspiring tale of hope against adversity. It sums up the green, do-it-yourself character of Bristol, which has become a hub for sustainable living.

In April this year, after six years of work, the community group in the Lawrence Weston area of the city finally won planning permission to build a 150m high wind turbine that will produce electricity to power 3,000 homes, and bring in £100k annually for community projects.

It’s not the only innovative community energy project in the city. In the autumn, a film studio in Bristol launched one of the largest community-powered rooftop solar arrays in the UK. The council-owned Bottle Yard studios – known for producing hit series such as The Outlaws and Chloe – has some 2,000 panels on its roof, generating a combined 1MW of electricity, enough to fuel the equivalent of 250 homes. 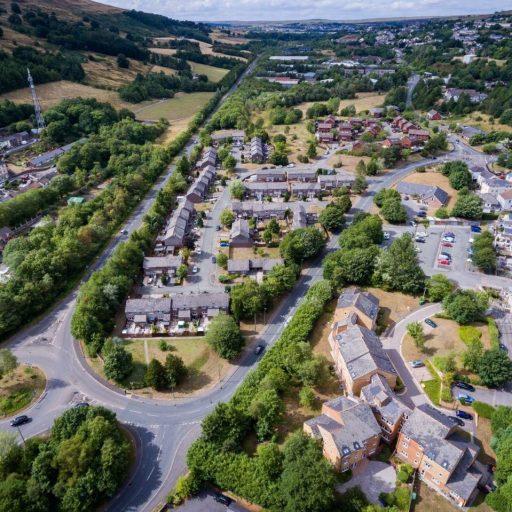 The tiny county of Blaenau Gwent in south west Wales made an impressive leap into direct democracy, holding one of the country’s first climate assemblies. It brought together 50 residents to answer the question: what should we do in Blaenau Gwent to tackle the climate crisis in a way that is fair and improves living standards for everyone?

The residents heard evidence from experts, discussed the issues and ultimately came up with five recommendations that were officially passed by the assembly and will go onto shape the climate plans of local organisations and the council. 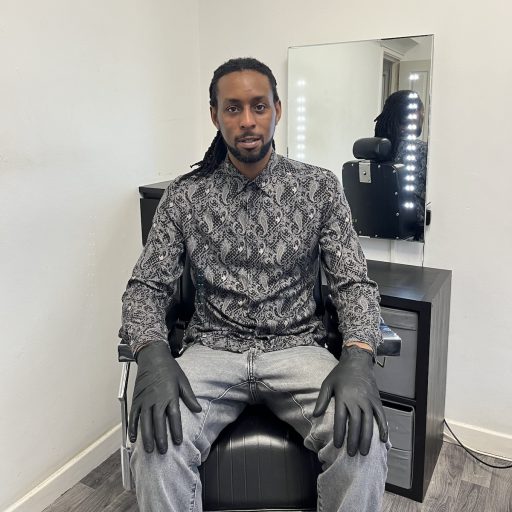 Black barbers in Islington may have the the kit to turn an unruly afro into a precision fade, but their toolset now contains more than just a clippers and a comb. Thanks to an NHS-funded initiative launched this winter by Islington council, barbers across the borough are being trained to become grassroots mental health ambassadors, learning how to talk and listen to customers about mental health issues, pick up on warning signs, and direct them to services where they can find help.

This targeted community approach to mental health provision aims to tackle racial inequalities in healthcare, and improve wellbeing of young black men in the borough. 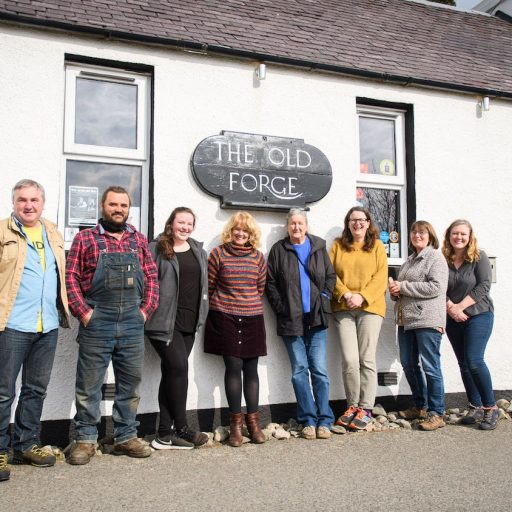 9. Inverie, Scotland – for saving Britain’s most remote pub from closure

This remote village in the Scottish highlands – population 110 – is accessible only by boat or a two-day hike. So when their beloved boozer was threatened with closure, punters came together to buy it through a community share offer.

The Old Forge, mainland Britain’s most remote pub, had been a hub for the community for years, but its future looked uncertain when the previous owner closed it during winter and put the place up for sale.

Emboldened by other community buyouts, locals got organised. They formed the Old Forge Community Benefit Society and raised £320,000 through a community share offer, with additional funding coming from the Scottish Land Fund and Community Ownership Fund. The pub reopened at Easter. The buyout is a triumph not just for locals, but for a model of ownership that is saving many UK pubs. 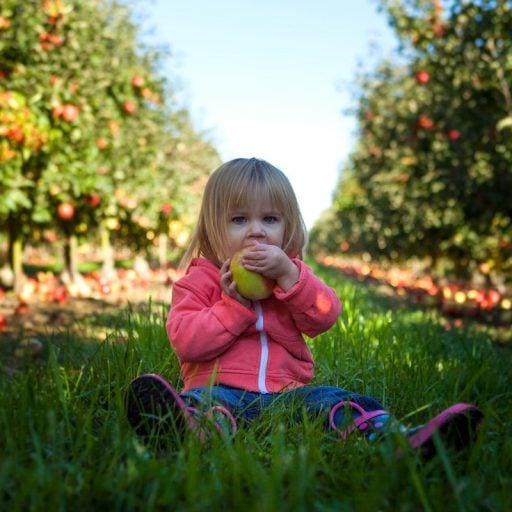 There is a growing movement to reclaim unloved slivers of land, but most UK initiatives are community led and unofficial. But Hounslow council, in the deprived borough of north west London, enacted policy in November to create community orchards and allotments on vacant land currently blighted by fly-tipping.

The move is significant because according to councillors it’s the first time a local authority has officially introduced such a policy. Up to 27-acres have been earmarked for community growing in the first phase of Grow for the Future. The council will pair each site with a school and will educate children about growing food. Produce will be donated to families who need it. 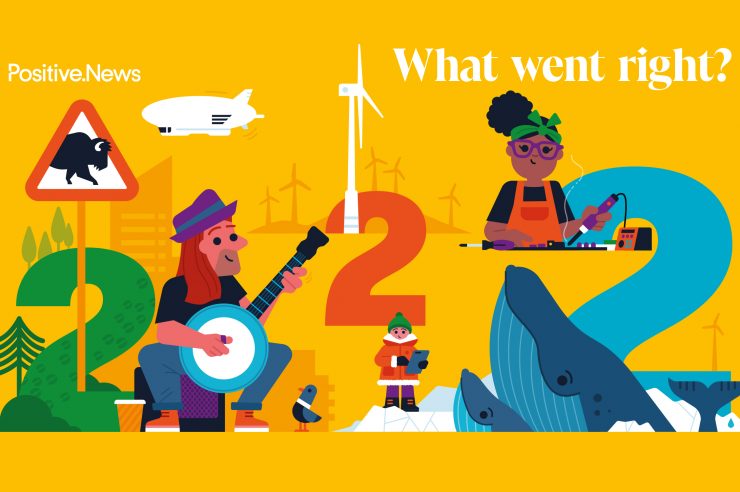 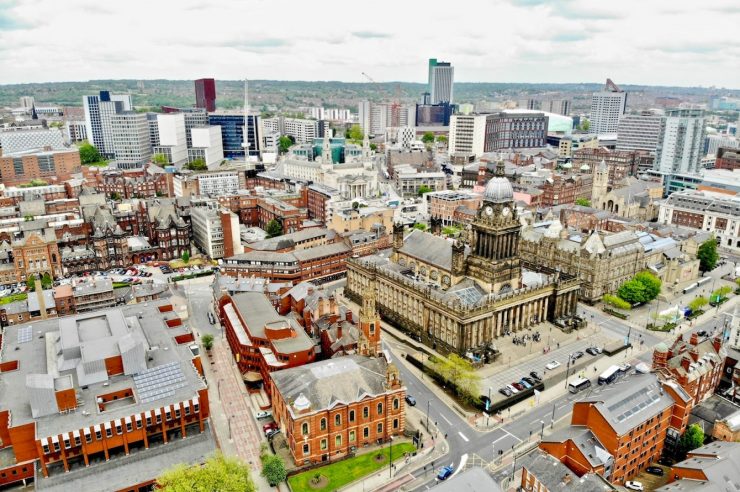 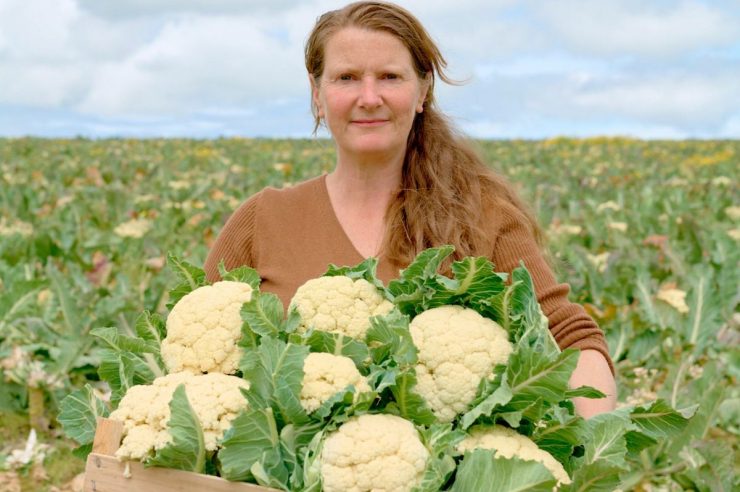 Positive people: 10 changemakers who made Britain better in 2022 From resettling refugees, to taking on landlords and cleaning up rivers, here’s our list of heroes who put hope into action in 2022 Environment Good Business Society