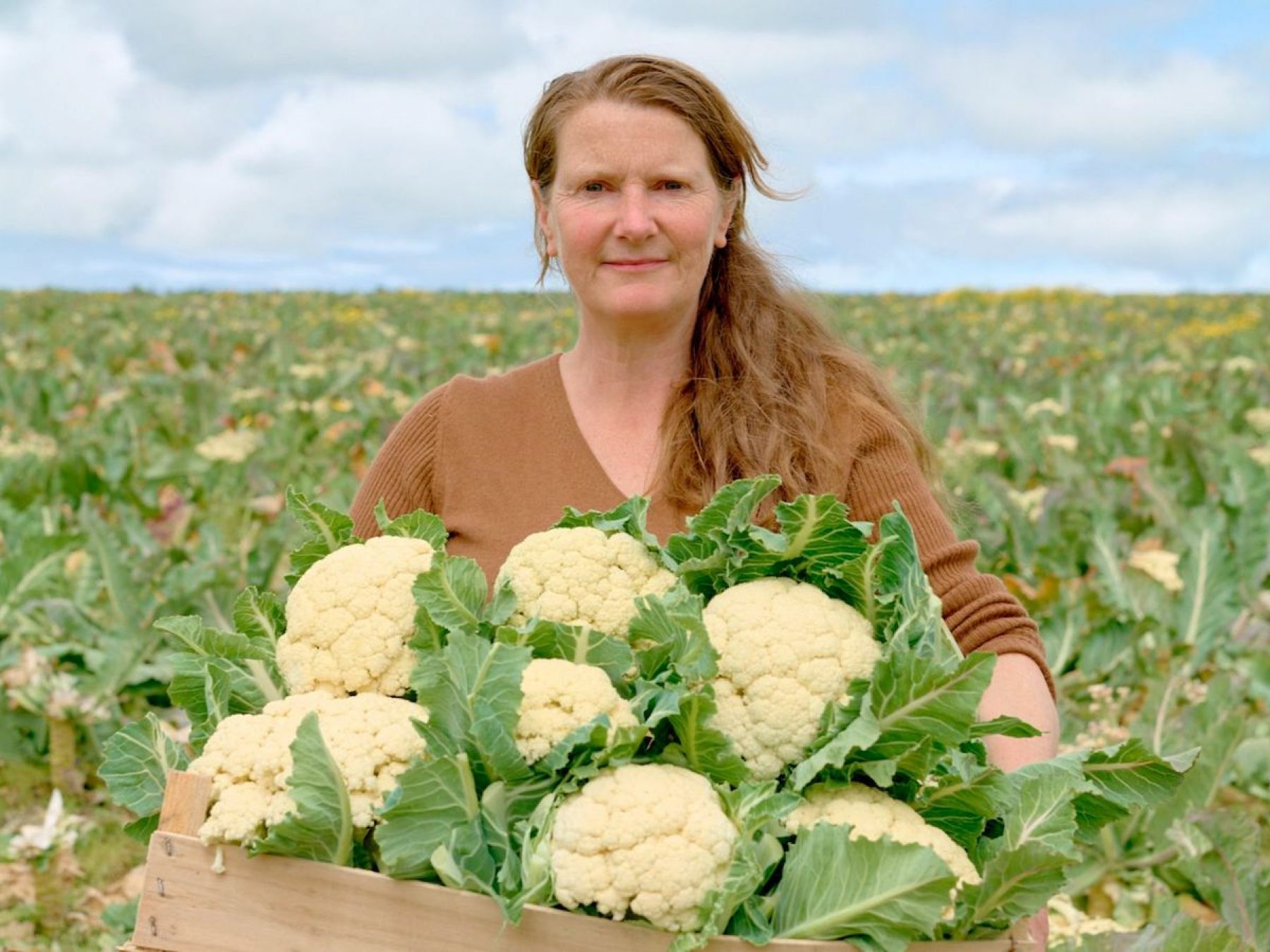 Positive people: 10 changemakers who made Britain better in 2022

From resettling refugees, to taking on landlords and cleaning up rivers, this is Positive News’ list of grassroots heroes who put hope into action in 2022

From resettling refugees, to taking on landlords and cleaning up rivers, this is Positive News’ list of grassroots heroes who put hope into action in 2022 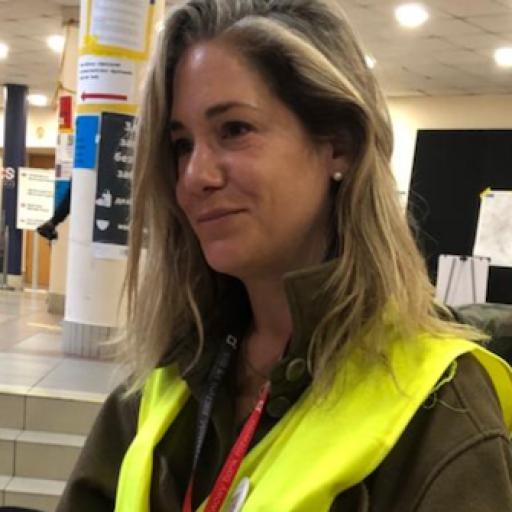 Harriet Asher is a busy mother-of-three from Hampshire, but she has spent her every free moment in 2022 helping Ukrainians affected by the Russian invasion. So far, Asher has helped to resettle more than 500 refugees and has raised almost £40,000 to pay for travel and safe houses for anyone trying to escape the conflict.

As well as raising money at home, the 39-year-old has visited Ukraine twice since the war broke out, and escorted more than 100 Ukrainians to safety by coach via Poland. Asher’s current priority is getting as many generators into Ukraine as possible after Russia targeted energy infrastructure, leaving many families without power during a brutal winter.

“There are so many people in England who want to help,” she told the Telegraph. “I think Ukrainians are very, very blown away by how many British people do want to help them.” 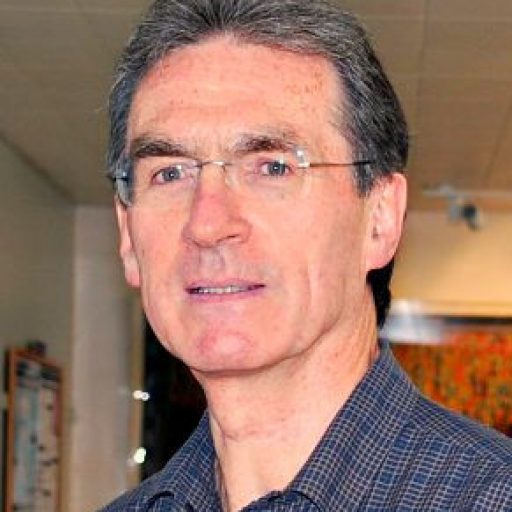 Retired data scientist Peter Hammond has put his extensive experience to use this year to protect Britain’s rivers and waterways – with incredible results.

Hammond, who lives near the river Windrush in Oxfordshire, noticed it was getting more and more polluted. He decided to find out why, and his diligent, sleuthful analysis of data from local water treatment plants revealed a dirty secret – that water companies were illegally dumping untreated sewage into rivers on a regular basis.

Shortly after his report was published, the Environment Agency announced a criminal investigation into breaches by water companies, which is still ongoing. By producing solid evidence of regulatory failure, Hammond at last forced a political response on the issue of Britain’s dirty rivers, bringing it right to the top of the national agenda. 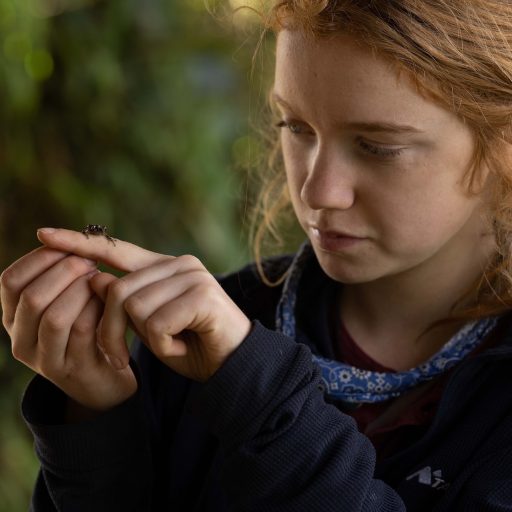 London teenager Bella Lack has become a leading environmental campaigner. The 19-year-old has already made a documentary with conservationist Dr Jane Goodall – a quest to find another way of living alongside the species with who we share our planet, called Animal.

And in 2022, Lack published her debut book, The Children of the Anthropocene, which shares the stories of teenagers across the world who have been affected by the environmental crisis, with a foreword written by Greta Thunberg.

Lack believes we all need to integrate activism into our lives and careers, whether you’re a chef who cuts out food waste, or a lawyer who does pro bono environmental work. Given that she has spent 2022 finishing off her A-Levels, her commitment to activism is all the more impressive – it’s no wonder that she’s already been dubbed the ‘Queen of Green’. 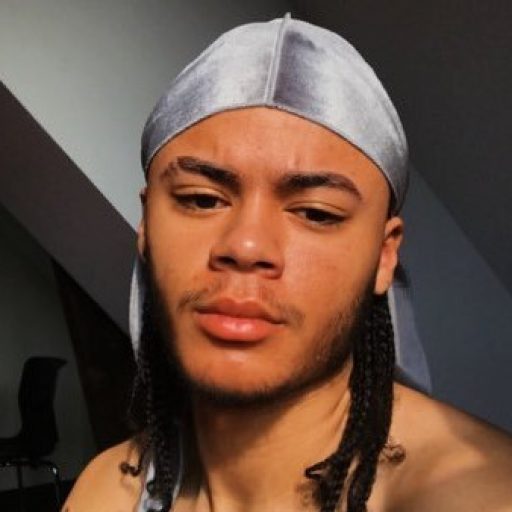 When Kwajo Tweneboa’s tweets about the derelict conditions of his family’s flat went viral, Clarion – Europe’s biggest social housing provider – finally carried out repairs. It proved to be the first of many victories over negligent landlords for the 24-year-old, who has become the voice for social housing tenants.

From exposing deadly mould and leaks, to calling out landlords for neglecting their tenants or taking months to respond to simple requests, Tweneboa is holding those in power to account. He’s successfully brought a previously overlooked issue to the top of the national agenda, and filmed a documentary on the topic with Channel 4.

In November, Tweneboa met with housing minister Michael Gove to demand change following the tragic death of two-year-old Awaab Ishak who died from exposure to mould in his home. 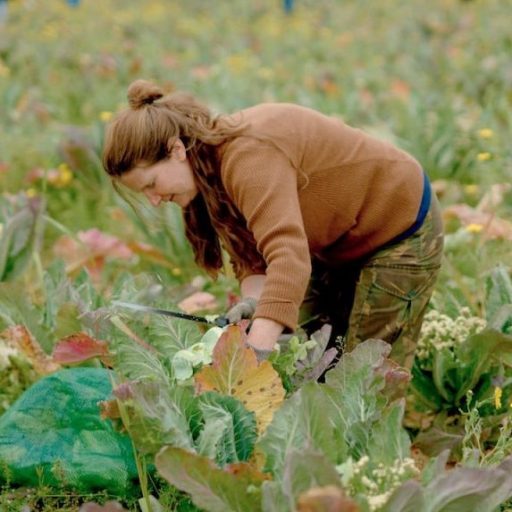 The UK throws away around 9.5m tonnes of food waste every year, even though 8.4m people in the UK are in food poverty. It’s a big issue, and one that Holly Whitelaw has dedicated herself to tackling as the founder of the Cornwall Gleaning Network.

Over the past year, she and her team of gleaners have helped rescue more than 100 tonnes of surplus, discarded and wonky vegetables from fields and farms. This food that would otherwise be destined for waste disposal or left to rot in the ground has been gifted to food banks, soup kitchens, refuges and community larders. 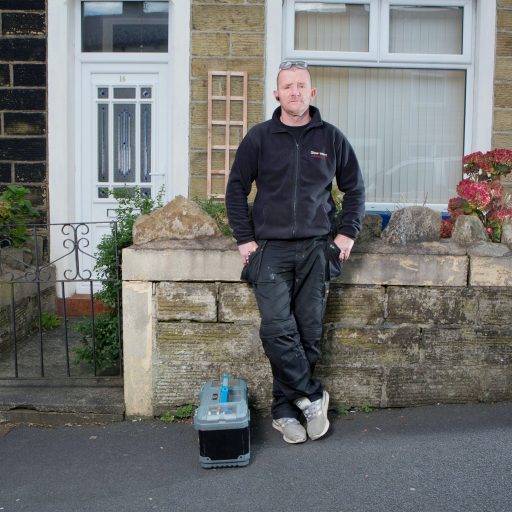 Superheroes come in many guises, some in capes and others – like Burnley plumber James Anderson – carrying a wrench and blowtorch. Anderson is the plumber behind Disability and Elderly Plumbing and Heating Emergency Repair – known as Depher – which provides a free and discounted service to people in need.

To date, Depher has helped over 19,000 people – and with a spiralling cost of living crisis, its vital lifeline is in more demand than ever. Although based in Burnley, Depher’s service has expanded nationwide, by contracting trusted, local plumbers all over the country. The work is funded largely by profits from Anderson’s paying jobs, and partly by donations.

“Whatever a family needs, if they can’t find help elsewhere they turn to us for a solution,” Anderson told Positive News. “We can’t just sit back – for some people it’s a matter of life and death.” 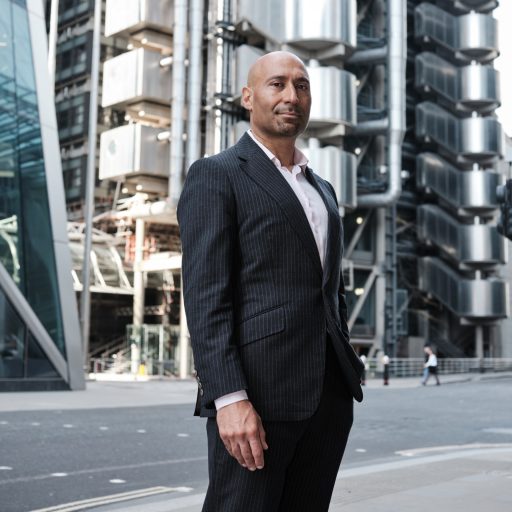 In the elite worlds of finance, law and business, there are glass ceilings everywhere. But Raphael Mokades is determined to smash as many of them as he can.

Mokades, who grew up in Kensal Rise, London, is the founder of Rare Recruitment, which uses a radical algorithm to identify talent from disadvantaged backgrounds while weeding out privileged but mediocre candidates.

Companies using his Contextual Recruitment System hire between 50 and 61 per cent more young people from disadvantaged backgrounds. In April this year, Mokades reported that his company had so far ‘contextualised’ 1.7m applications since it began in 2015 – securing jobs at some of the UK’s most prestigious companies for disadvantaged young Britons. 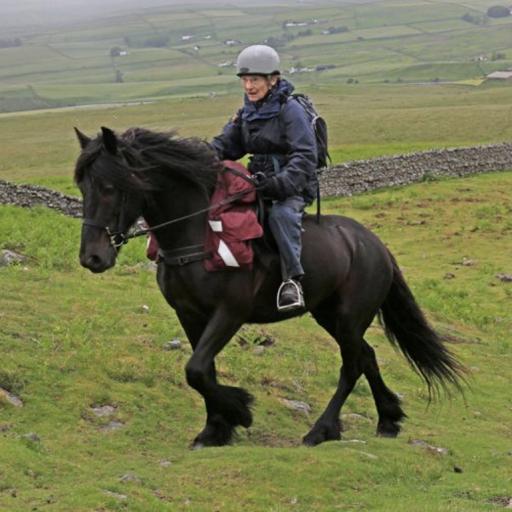 While many 96-year-olds might be resigned to a quieter life, Margaret Bradshaw is showing no signs of slowing down. The legendary botanist has spent the last seven decades studying Teeside’s rare flora, and now that it’s under threat, she is on a mission to save it.

After learning to ride a horse at the age of 94, Bradshaw rode 55 miles across the country to raise awareness for endangered plants. Not only did she raise almost £10,000, she also set up her own charity to help preserve the flowers into the future, and inspired an exhibition held at the Whitham Gallery in Barnard Castle this August.

Now, she runs weekly botany classes for her Upper Teesdale Botany Group, and has written her first book, Teesdale’s Special Flora: Places, Plants and People, which will be published by Princeton University Press in February. 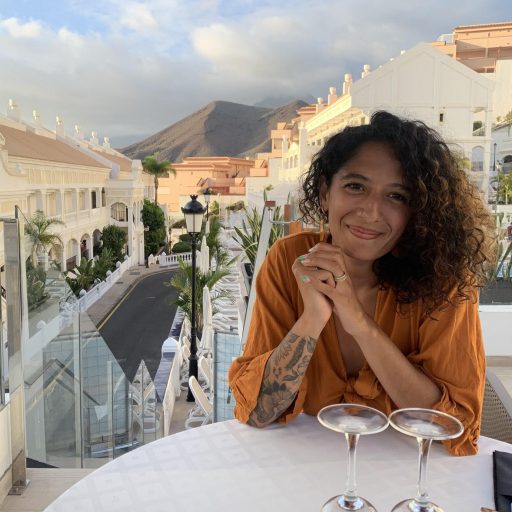 Community organiser Roxy Legane set up Kids Of Colour to create a safe space for young people to speak about the impacts of racism through their summer schools and youth groups.

This year, Legane has been working tirelessly to support a group of black teenagers who were prosecuted in Manchester on charges for conspiracy for murder, after they were accused of being in a gang. Some were given eight-year sentences, which caused widespread anger amid claims they were found ‘guilty by association’.

Legane has provided guidance to those affected, as well as helping to make a Channel 4 documentary about the case – Jailed Over A Group Chat. Her work has been vital in raising awareness around racial inequalities within the justice system that disproportionately impacts black men and boys. 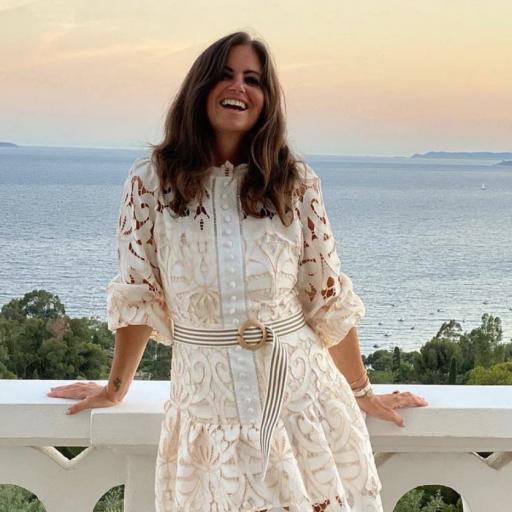 Deborah James – the teacher whose bravery inspired the nation

The late Dame Deborah James died of cancer in June this year. She was just 40 years old. After being diagnosed with stage 4 bowel cancer, James made it her mission to raise awareness about an illness that is shrouded in secrecy. She co-presented the podcast You, Me and the Big C, which became famous for its warm humour and, at times, brutal honesty.

After finding out she had only weeks left to live, James set out to raise £250,000 to fund clinical trials and research into new treatments. By the time she died six weeks later, Britons had donated a total of £7m.

In her final poignant message to her army of fans, she said: “find a life worth enjoying; take risks; love deeply; have no regrets; and always, always have rebellious hope. And finally, check your poo – it could just save your life.” 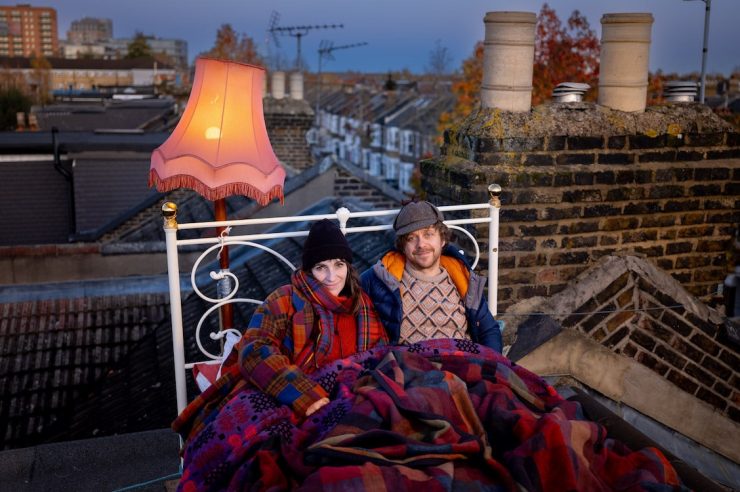 The ‘solar punks’ turning their London street into a community power station Two artists are finding ingenious ways to fund a project that puts power in the hands of people. They hope the idea will catch on Economics Energy Society 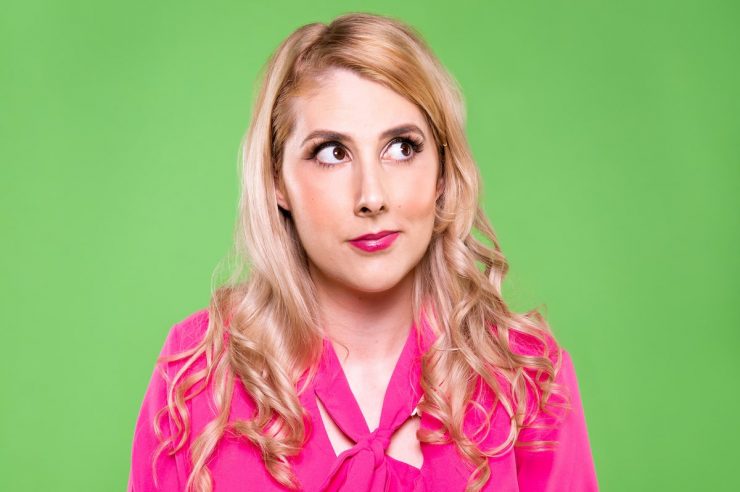 Five allies helping us through the cost of living crisis For the millions of people struggling to make ends meet, these money saving heroes have proven a lifeline in tough times Economics Money Society 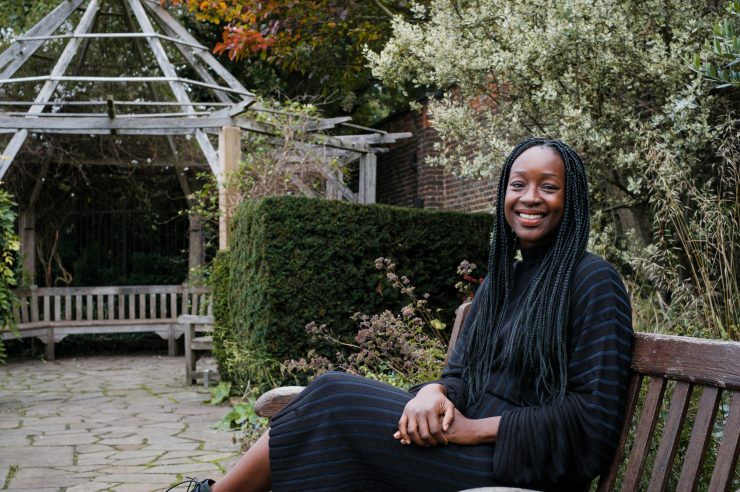