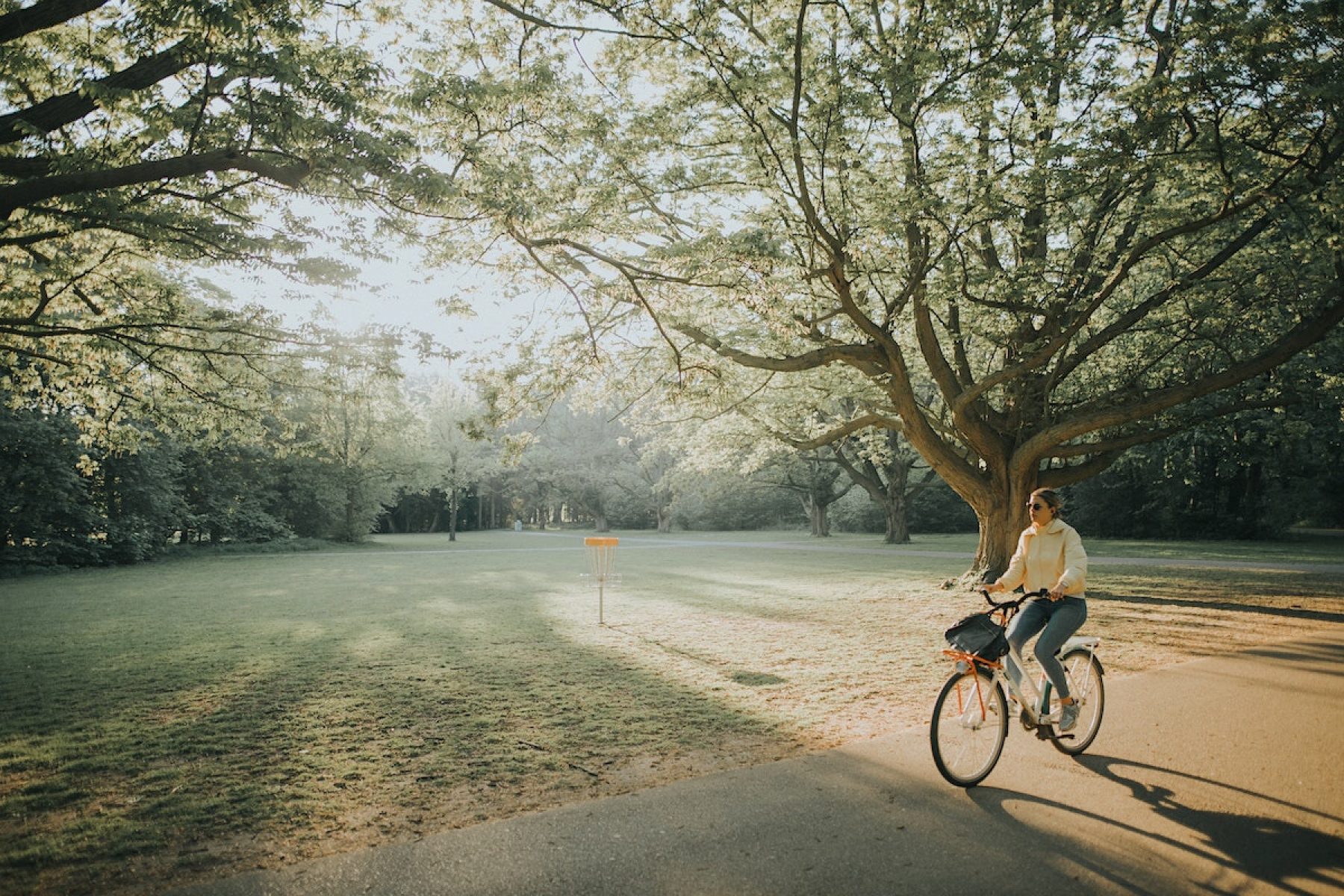 What can I do about climate change? 14 ways to take positive action

Amid warnings of record temperatures and raging wildfires in Europe, many people are asking – what can I do about climate change? More than you think, perhaps

Amid warnings of record temperatures and raging wildfires in Europe, many people are asking – what can I do about climate change? More than you think, perhaps

With wildfires raging across Europe, a heatwave gripping China, and a ‘national emergency’ declared in the UK amid record temperatures, it looks set to be a week of unwelcome weather milestones. It’s further evidence, say scientists, that the climate crisis is no longer a distant threat.

And this is within the supposedly ‘safe limit’ of warming: less than 1.5C above pre-industrial levels. Without immediate emissions cuts, average global temperatures are on course to rise by nearly double that, unleashing chaos.

There has been fair warning. In February, the Intergovernmental Panel on Climate Change (IPCC) issued its starkest report to date about the state of the climate. It concluded that climate breakdown is accelerating and that many of the impacts of global heating are now already irreversible.

The good news – if you can call it that – is there is still a small window in which we can act to keep warming to 1.5C above pre-industrial levels. However, that window is closing. Such a rise in temperature would still not stop extreme weather events from becoming more severe and more common. But it would ensure that Earth is mostly habitable.

There is no time to lose, say scientists. Radical action – the kind we’ve seen from governments during the pandemic – is urgently required. Politicians, many of who are still approving fossil fuel projects, are being urged to change course and introduce radical legislation to slash emissions.

Ordinary people can also do their bit to mitigate warming. Listed below are 14 things you can do to shrink your carbon footprint, hold polluters to account and save yourself from climate despair.

What can I do about climate change?

1. Switch to a green bank

You don’t even have to get off the sofa for this one. Yet doing something as simple as switching to a green bank can have a big impact.

“A significant amount of finance for the fossil fuel industry actually comes from the banking sector, with many UK household banking names among the worst perpetrators,” explains Adam Scott, corporate partnership manager at Friends of the Earth. “As of September 2019, nearly £150bn had been invested in fossil fuels by UK banks since the Paris agreement.”

“We’re not going to make significant inroads on issues such as climate change unless we rethink the role of banks in society,” says Bevis Watts, CEO of Triodos UK. 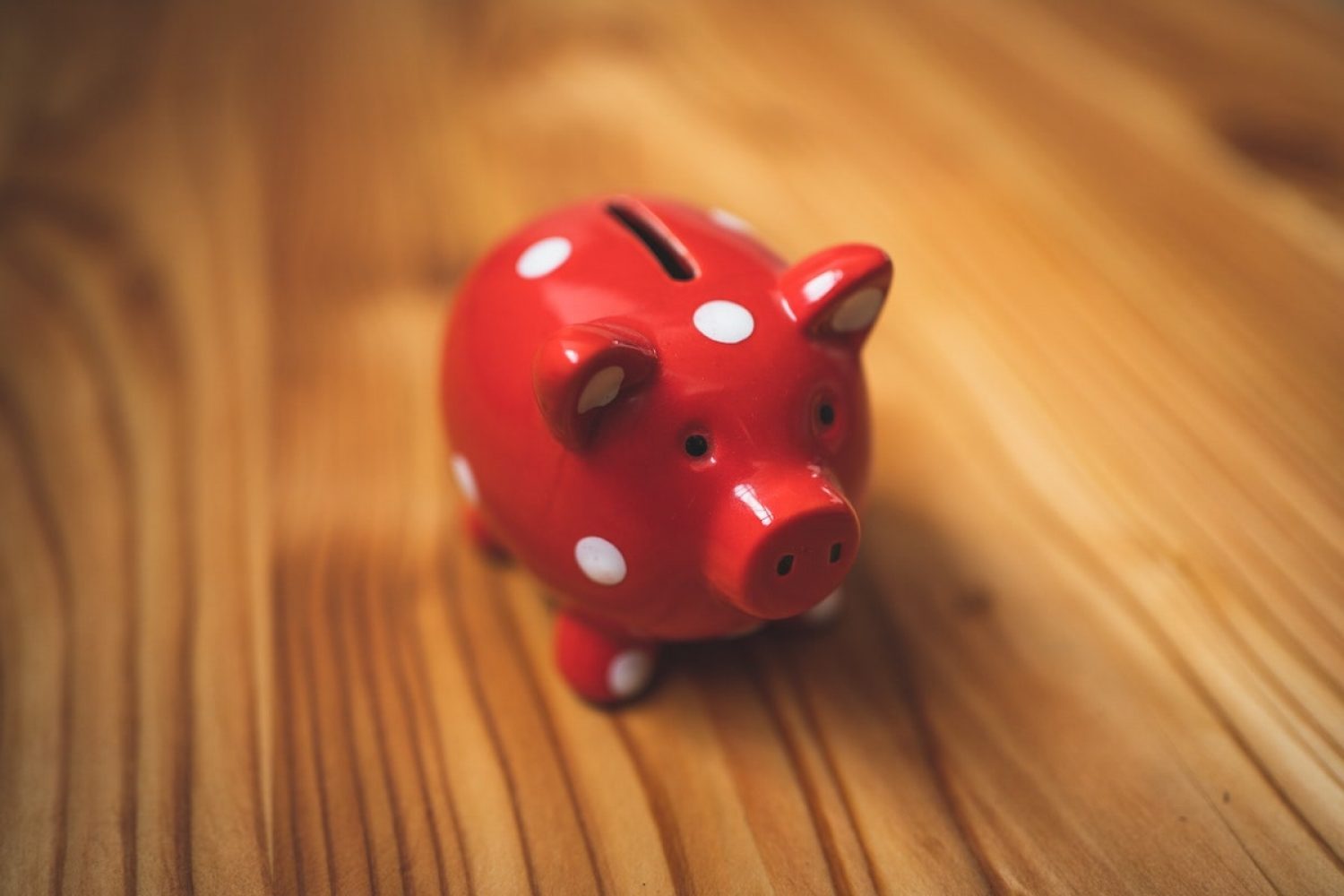 Moving your money to sustainable financial firms can have a big impact. Image: Andre Taissin

Research suggests that cutting back on meat and dairy is the single biggest thing people can do to reduce their impact on Earth.

And there appears to be growing appetite for plant-based diets. No Meat May, a charity that encourages people to quit meat in May, said that a record number of people made the pledge in 2021.

Ditto those behind Veganuary, the campaign to to go vegan in January. They reported a record uptake this year and claimed the surge in interest was driven partly by supermarkets, which helped enlist new recruits with vegan products and recipes on their websites. 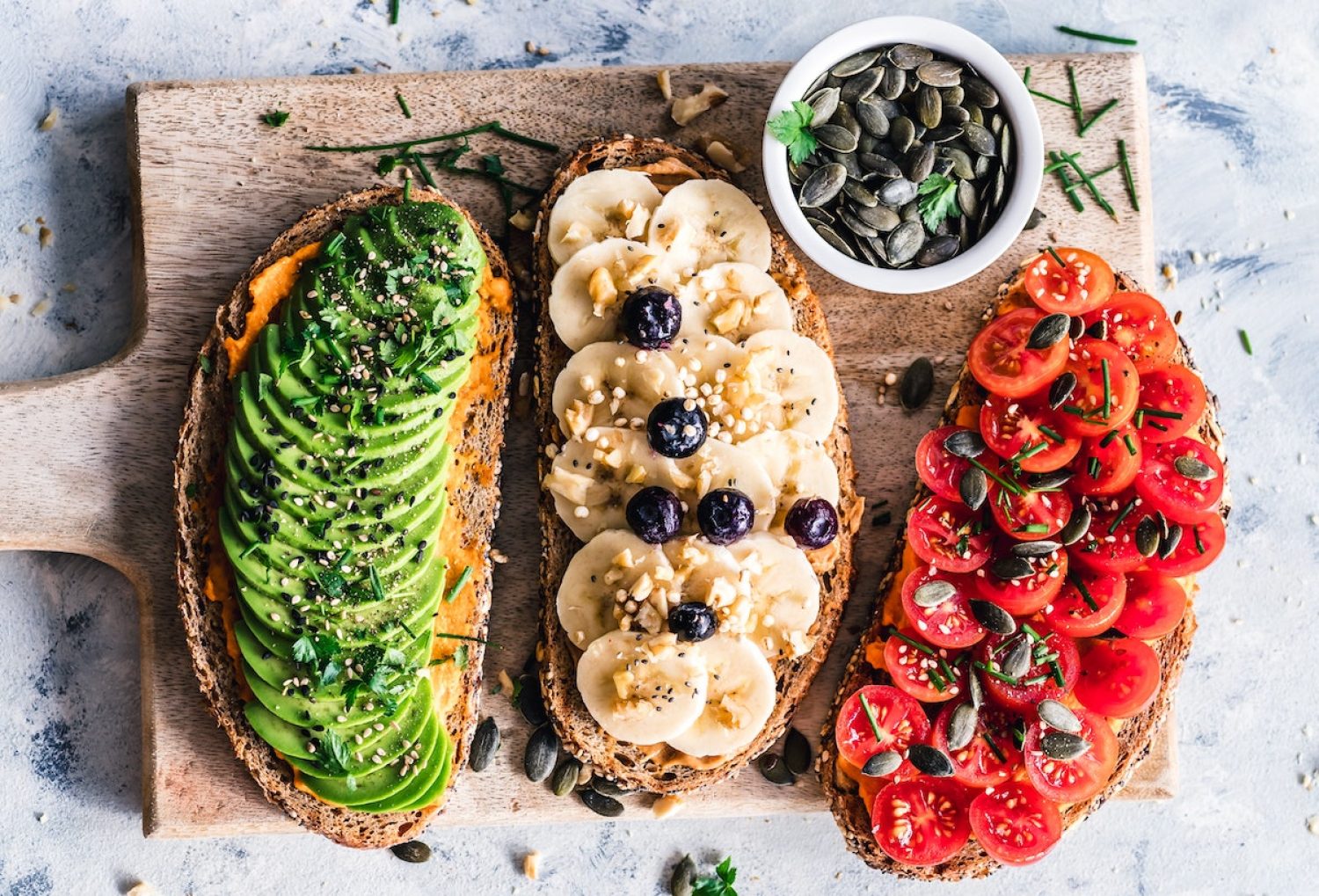 As the saying goes, there is strength in numbers. So consider joining a campaign group to add weight to ongoing efforts to lobby policy makers to slash emissions.

Groups like Share Action are always looking for new members. The responsible investment charity buys shares in firms so its volunteers can attend board meetings, and pressure companies from inside to adopt green business models.

Power for People is another impactful campaign group. It lobbies politicians to accelerate the switch to renewable energy, and has some good advice on getting your MP to take climate action seriously.

Alternatively, why not start your own group bringing together neighbours and friends to look at how green initiatives could be better supported where you live?

4. Go with a green energy provider

Switching to a green energy provider is another simple but effective way of reducing your carbon footprint. One such company is Good Energy, which buys 100 renewable electricity from independent generators and sells it on to customers.

Another is Ecotricity, which invests profits in building new sources of clean energy, with an increasing number of other energy companies also claiming to offer 100 per cent green electricity. 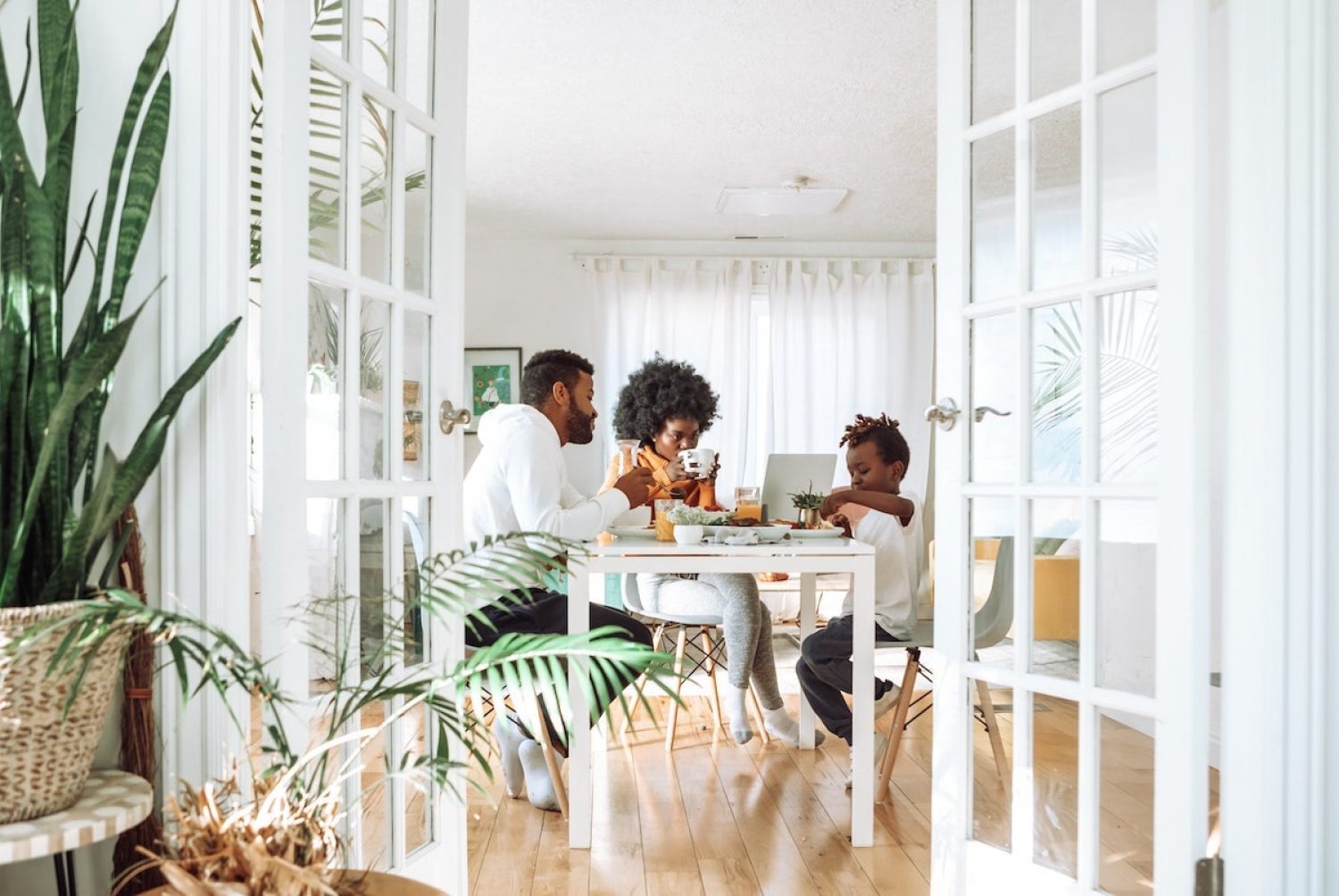 Homes are a big source of emissions - make sure yours is powered by renewable energy. Image: Jimmy Dean

Using energy wisely is another way to cut your carbon footprint. “Being a smarter consumer can make an awful lot of difference,” says Matthew Clayton, managing director of Thrive Renewables. “It’s not just how much energy you use, it’s when you use it.”

Setting timers for appliances to run through the night, when demand is low, or during the brightest part of the day, to utilise solar, can help. Other ways to conserve energy include switching televisions off overnight and turning the heating off when out of the house. Having a smart meter installed can help you keep tabs on energy consumption.

Figures suggest that 60 per cent of journeys between one and two miles long in England are made by motor vehicle. With transport accounting for a third of the UK’s emissions, substantially reducing car use – especially for short journeys – would have a dramatic impact.

Embracing walking and cycling is good for your health, as well as the planet. For longer journeys, consider taking the train. Perversely, in the UK, this may prove more expensive than driving, which is something the government urgently needs to address. Consider investing in a rail card, which unlocks reduced fares. 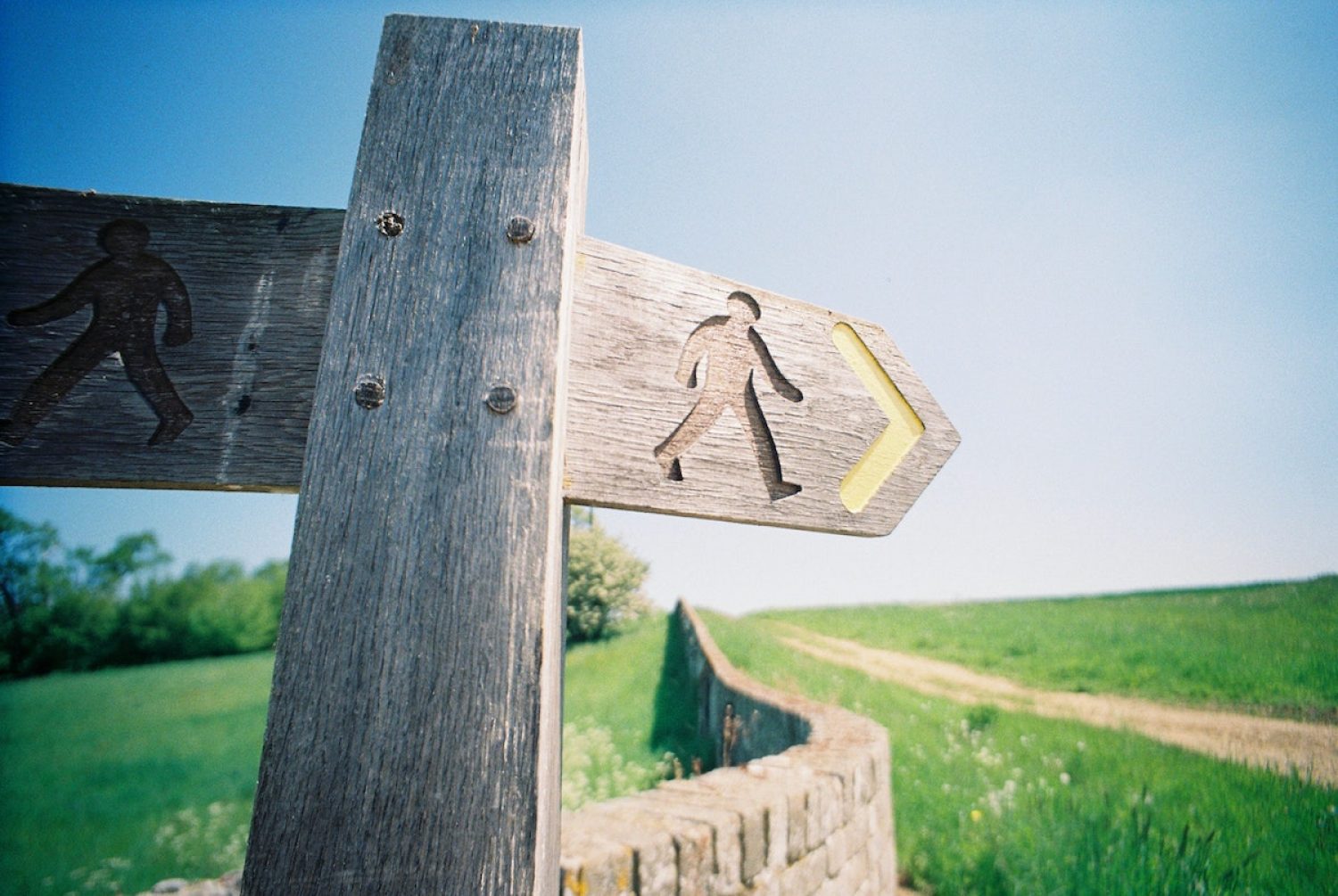 Active travel is good for you as well as the planet. Image: Nick Page

Aviation is one of the greatest obstacles in the race to net zero. Although it accounts for just three per cent of global emissions (pre-pandemic figures), it’s one of the world’s fastest growing sources of emissions. What’s more, the sector is one of the hardest to decarbonise.

Until battery and hydrogen planes bring us the possibility of guilt-free air travel, consider flying less – or not at all. Helping make that decision easier are new no-fly travel companies, which are making overland travel more appealing. Europe’s night trains, meanwhile, are being rebooted amid rising demand for low-carbon travel.

Amid all the gloom, there are reasons to be sanguine. Renewable energy records are being broken everywhere you look, emissions are showing signs of shrinking in some regions, and sustainable innovations are bringing myriad other benefits to society, including cleaner air, leafier cities and a lower living costs.

Keeping abreast of the good things that are happening builds resilience, and allows people to stay positive and proactive. Subscribe to Positive News magazine for a quarterly dose of uplifting stories, and sign up to our newsletter for a weekly roundup of progressive developments. 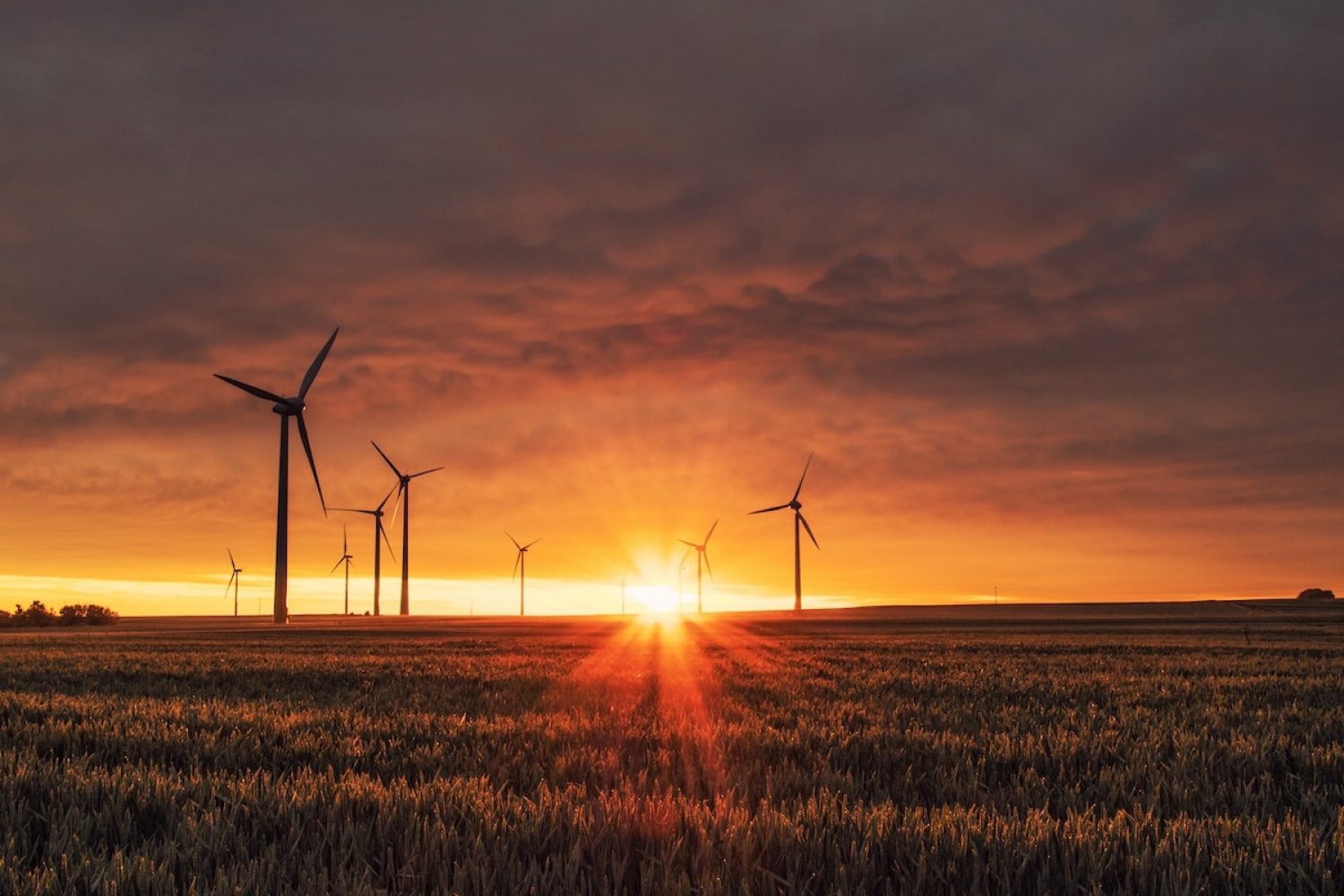 You don’t need a climate scientist to tell you that seasonal produce, grown locally, and to a high environmental standard is better for the planet than items shipped halfway around the world from companies with murky supply chains.

If you can afford to go organic, it’s a worthwhile investment – organic farms support much more wildlife than those relying on fertilisers and pesticides.

Whether you have a windowsill or a smallholding, growing your own herbs, flowers or vegetables can be beneficial. Not just to pollinators, which can feed off the plants, but to your mental health. Sure, cultivating a garden isn’t going to absorb much carbon. But it will help you reconnect with nature, which research suggests is good for our mental health – particularly amid dire news about the climate. 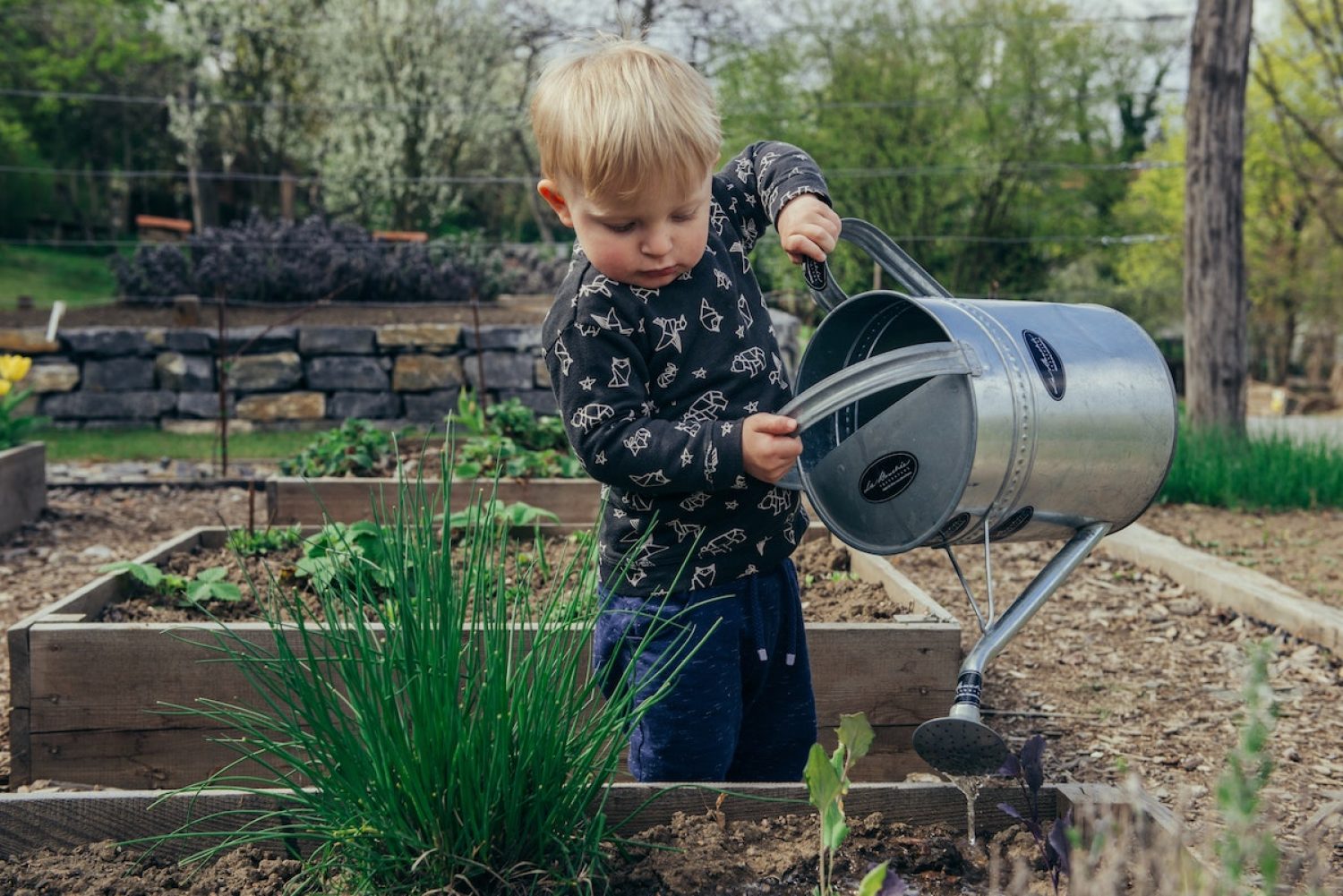 Connecting with nature is good for our mental health. Image: Filip Urban

Manufacturing products is often a carbon intensive process, and uses up precious natural resources. Happily, options abound when it comes to buying ‘pre-loved’ goods. The Depop app is an especially popular marketplace for secondhand fashion. There’s also a burgeoning movement to borrow rather than buy appliances, through initiatives like the Library of Things.

People are also cottoning on to the benefits of repairing and refurbishing faulty products, rather than buying new. Blazing the trail in this area is the Restart Project, which empowers people to repair electronic items. Then there’s Sojo, dubbed the ‘Deliveroo of clothing repairs’, which allows people to get their clothes altered or fixed in just a few clicks.

“Investing in your pension more sustainably could be 27 times more powerful than going vegan and stopping flying combined,” says Henna Shah from Make My Money Matter, a campaign group that highlights what people’s pensions are funding.

The Resolution Foundation calculates that private pensions are the largest component of household wealth in the UK, totalling over £6.1tr. And while a study suggests 68 per cent of the population want to invest in companies that put the planet alongside profit, through their pension funds they could unwittingly be backing fossil fuels or even weaponry.

“Speak to your employer and your pension provider and say, ‘actually, I want an option where I’m not investing in these things,’” advises Shah.

Insurers are the second biggest investors after pension funds, so choosing an ethical insurance company will ensure your money isn’t propping up the fossil fuel sector. Naturesave, for example, donates profits to environmental projects and is campaigning for the industry to divest from fossil fuels.

Elections don’t come around often. But when they do, spend some time going through the manifestos of the parties that are standing. Look at what environmental policies they support and their environmental record. Vote for the party or candidate that you think has the most credible roadmap to net zero.

This is an update of an article originally published on 11 August 2021.