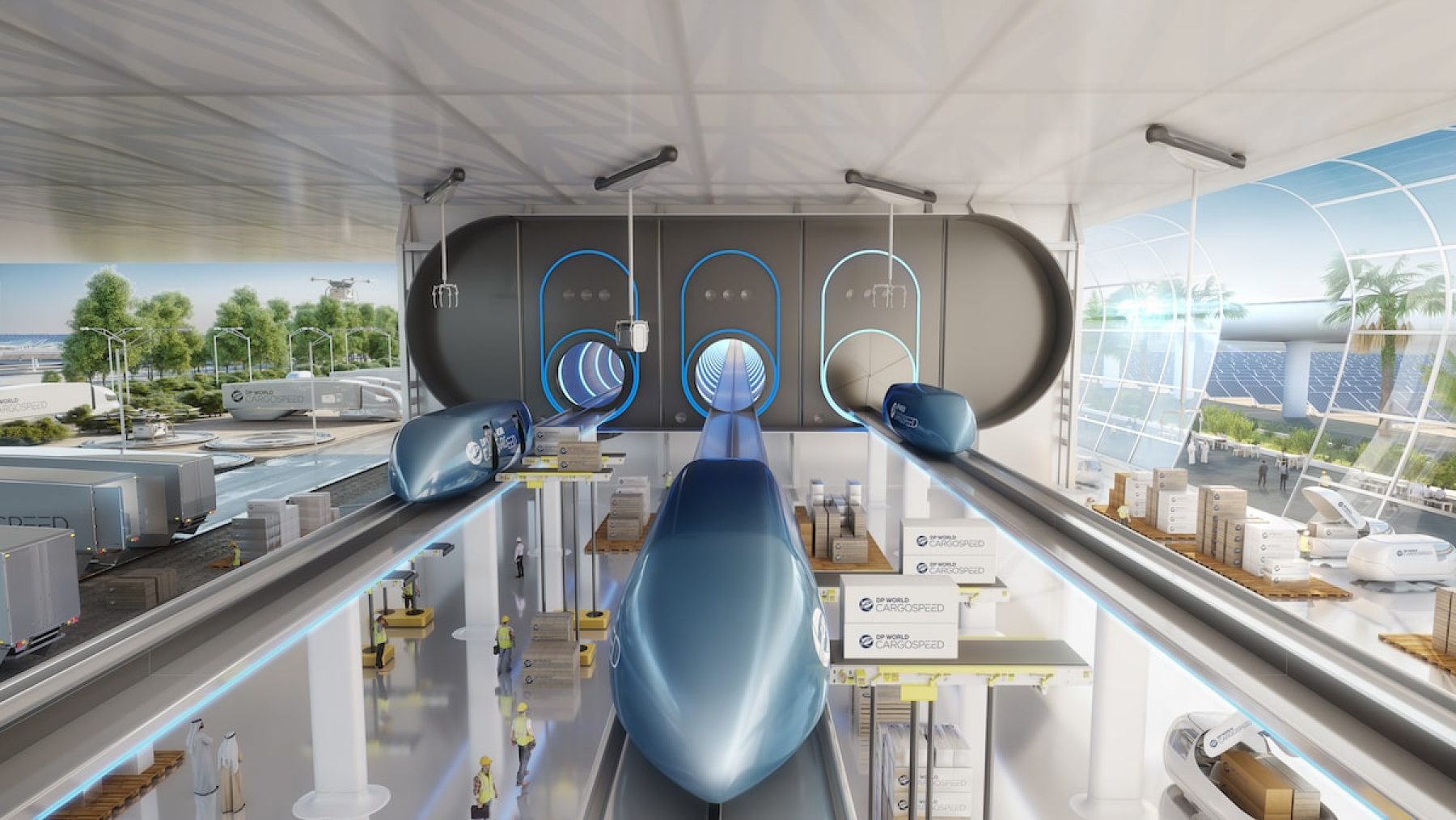 The ‘sexy’ near-future of travel? The plan to bring hyperloop to our cities

Low-carbon, high-speed hyperloops will reshape our cities and change the way we travel. That’s the promise. Can the technology deliver?

Low-carbon, high-speed hyperloops will reshape our cities and change the way we travel. That’s the promise. Can the technology deliver?

For a mode of transport promising travel close to the speed of sound, hyperloop – the futuristic, train-in-a-vacuum-tube concept popularised by Elon Musk – sure is taking its time.

Since then, millions of dollars have been poured into modelling, research and carrot-dangling feasibility studies across the globe, all the way from Edinburgh to Bangalore.

And yet still the world waits – expectantly – watching the departures board. To some minds, hyperloop is already more than 200 years behind schedule. Way back in 1799, British inventor George Medhurst patented a steampunk version for moving freight through iron pipes using compressed air.

In modern designs, passenger pods levitate above or hover below magnetic tracks for ‘magic carpet’, friction-free travel. To remove speed-limiting air resistance, the pods are propelled inside vacuum tubes by more (in theory) emission-free electromagnetism, moving fluidly around the network under intelligent, digital command. Fast, on-demand and timetable-free.

To date, a mere handful of passengers have actually travelled by hyperloop – along Virgin’s 500-metre test track in the Nevada desert. There they nudged 100mph, which is just over half the speed of Eurostar. 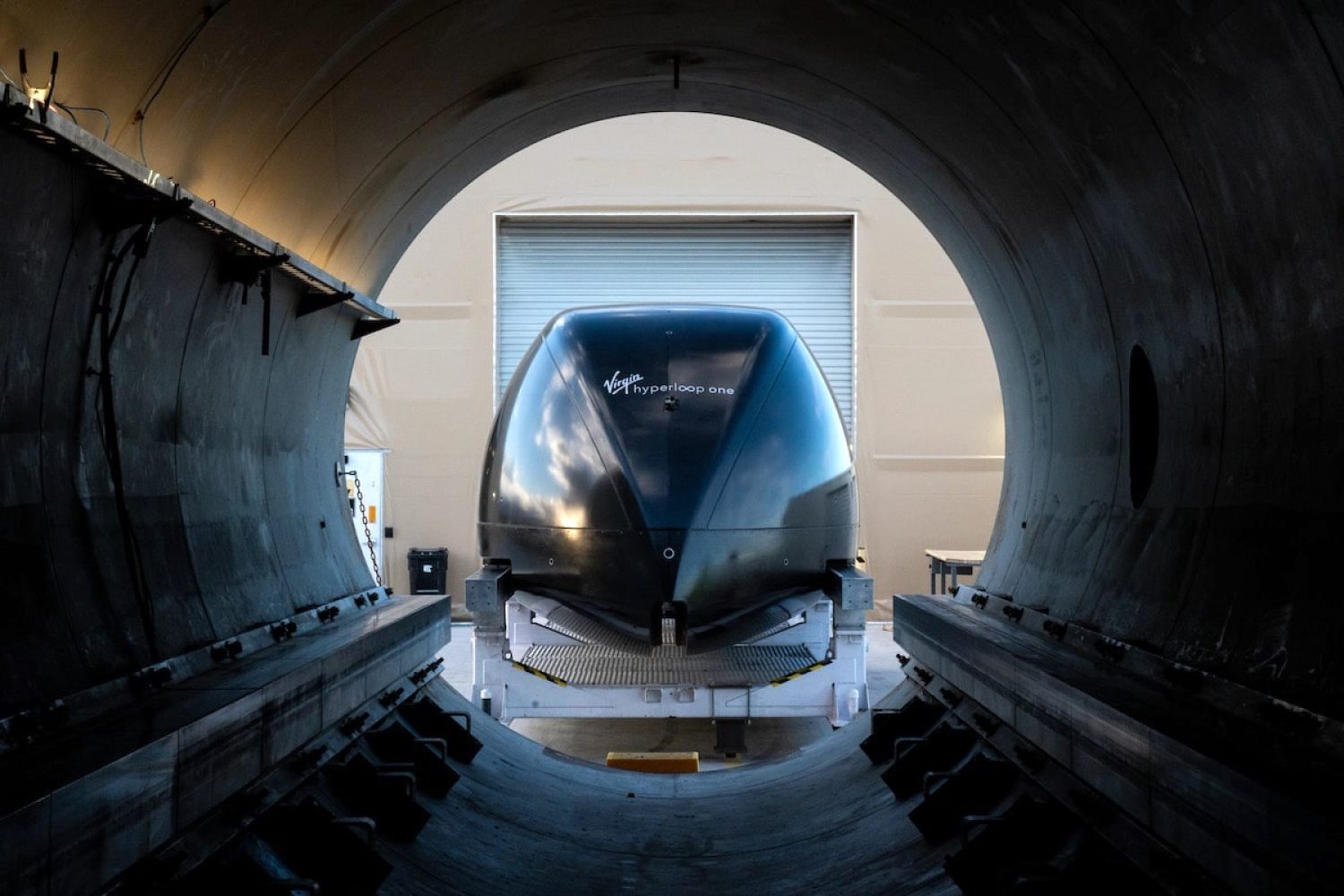 But while some dismiss Musk’s vision as a billionaire’s literal pipedream, plenty more insist that it’s on the way, gathering speed, with an ETA around the end of the decade.

In Europe, Hardt Hyperloop – one of three global frontrunners – received a €15m (£12.5m) boost from Brussels last October. The firm will use the cash for research and development projects based out of the forthcoming European Hyperloop Centre in Groningen, Netherlands.

Hardt’s pre-feasibility study for a freight and passenger hyperloop between Amsterdam, The Hague and Rotterdam suggests it could take 1,100 trucks a day off the roads, improving air quality, reducing emissions and cutting congestion. As for human cargo, the estimate is 20,000 passengers an hour. 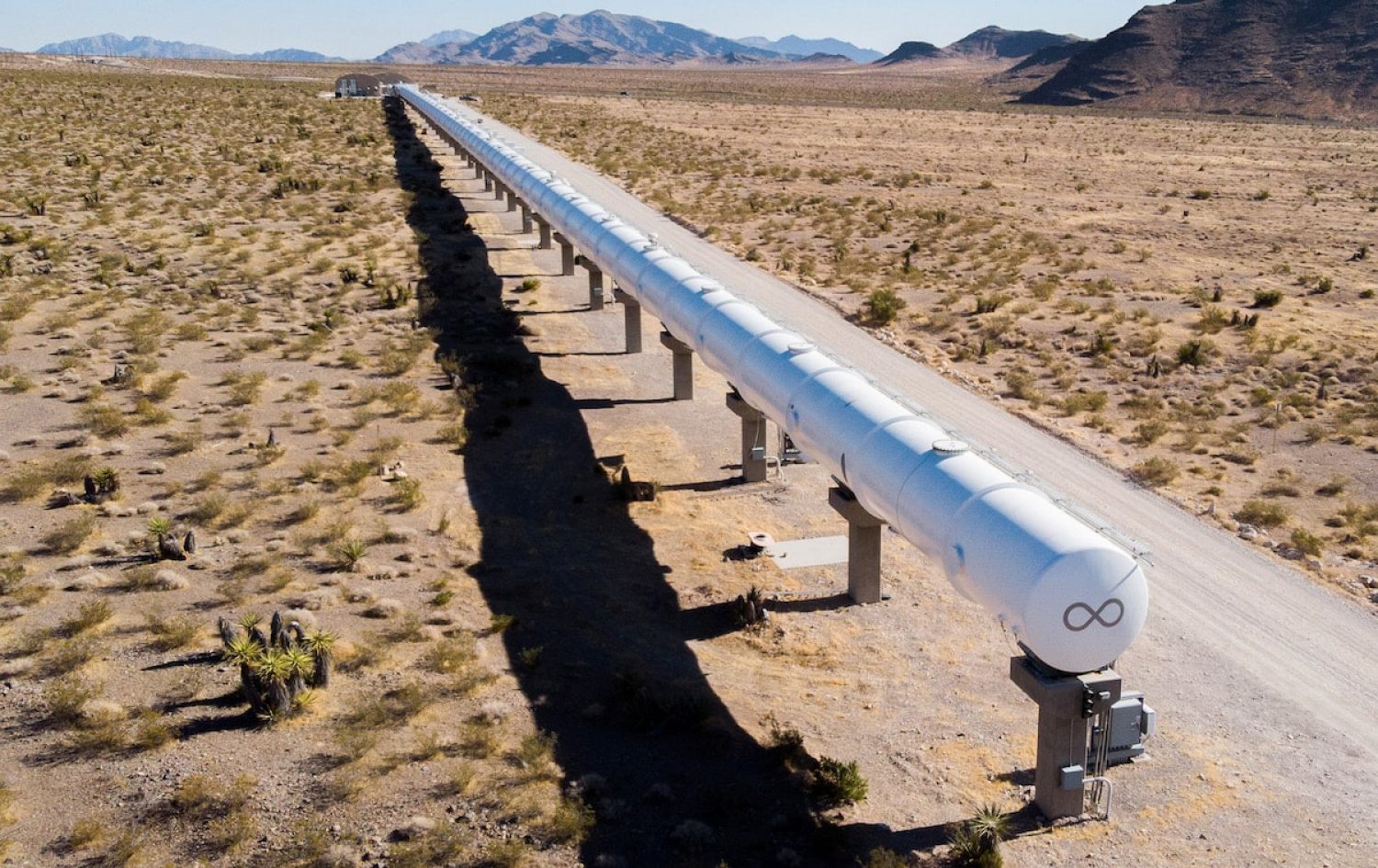 Alan James, former VP of business development for Virgin Hyperloop, has consulted for Hardt and advised governments asking the question on all our lips: how real is this?

“The headline is, it’s a lot closer than almost everybody thinks,” says James, now working for the transport consultancy Expert Alliance.

Key to hyperloop shifting from science fiction into science fact, he explains, is a recent convergence of technology, with the main players – Virgin, Hardt and US-based Hyperloop Transportation Technologies – in broad agreement on a number of basic principles.

We’re looking at the evolution of an entirely new mode of transport, one with the speed of a plane, the capacity of a train and the convenience of a tram

“If you take the historical example of rail travel, standardising the width of rails empowered a revolution in mobility,” says James. “In hyperloop, we’re looking at the evolution of an entirely new mode of transport, one with the speed of a plane, the capacity of a train and the convenience of a tram.”

Work on the Groningen facility should begin this year. With over 1.5 miles of tube for trialling cargo pods, the site will stand as a testing ground for what James calls the ‘de-risking’ of key hyperloop technologies. In other words, proving it’s safe to rocket humans to speeds of 760mph inside airless tubes.

“Groningen will be a major catalyst,” says James. “From there you can go forward to freight applications reasonably rapidly. We’re on a trajectory that could see proof of a passenger-usable walk-on, walk-off hyperloop by 2026.” 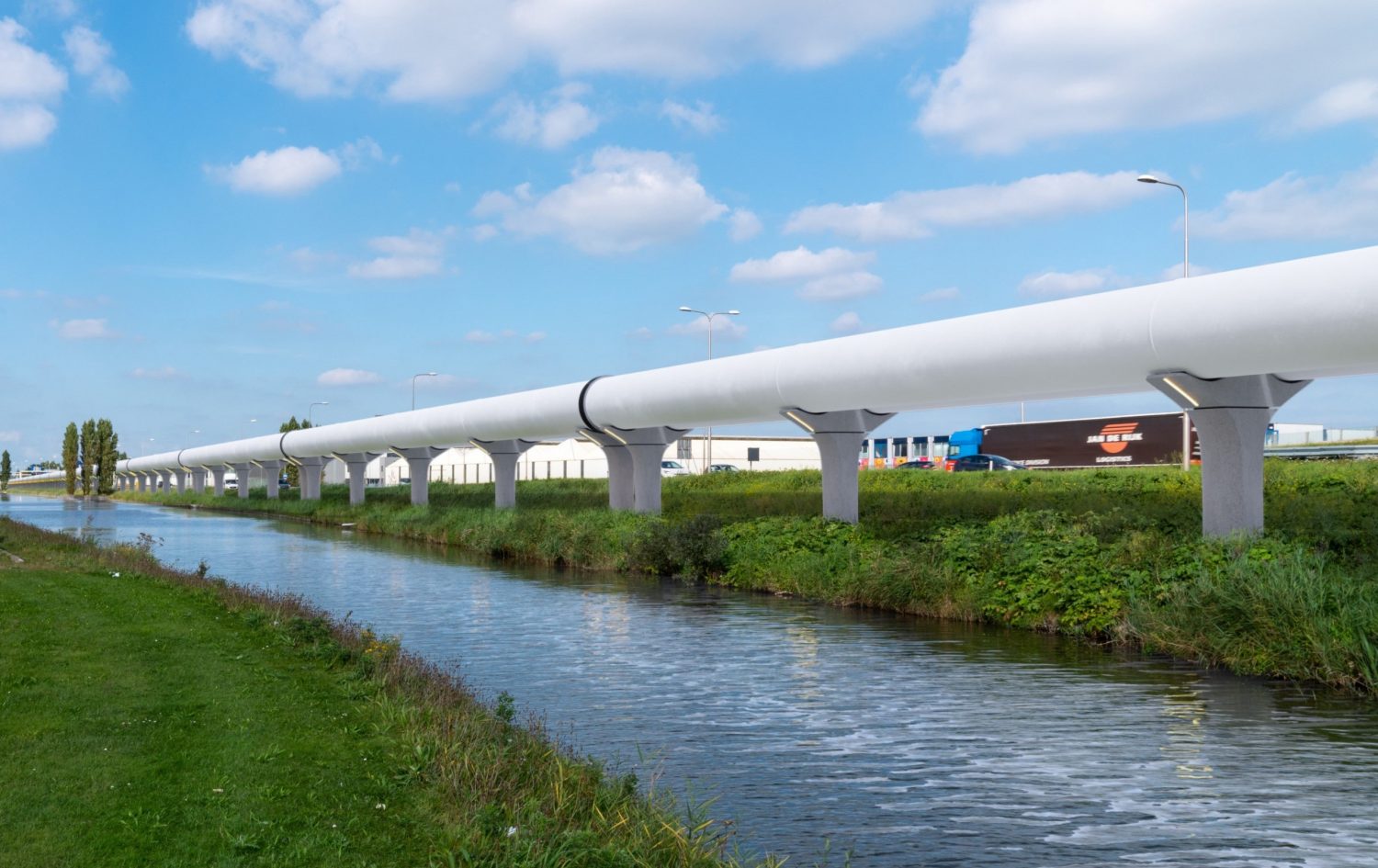 Hardt says its proposed hyperloop in the Netherlands would take 1,100 trucks a day off the roads. Image: Hardt

“Building another runway at Amsterdam’s Schipol airport is environmentally and politically impossible – but you could link it to Eindhoven 70 miles away with hyperloop, and you’d be there in seven minutes. The walk from terminal B to H at Schipol takes 38.” 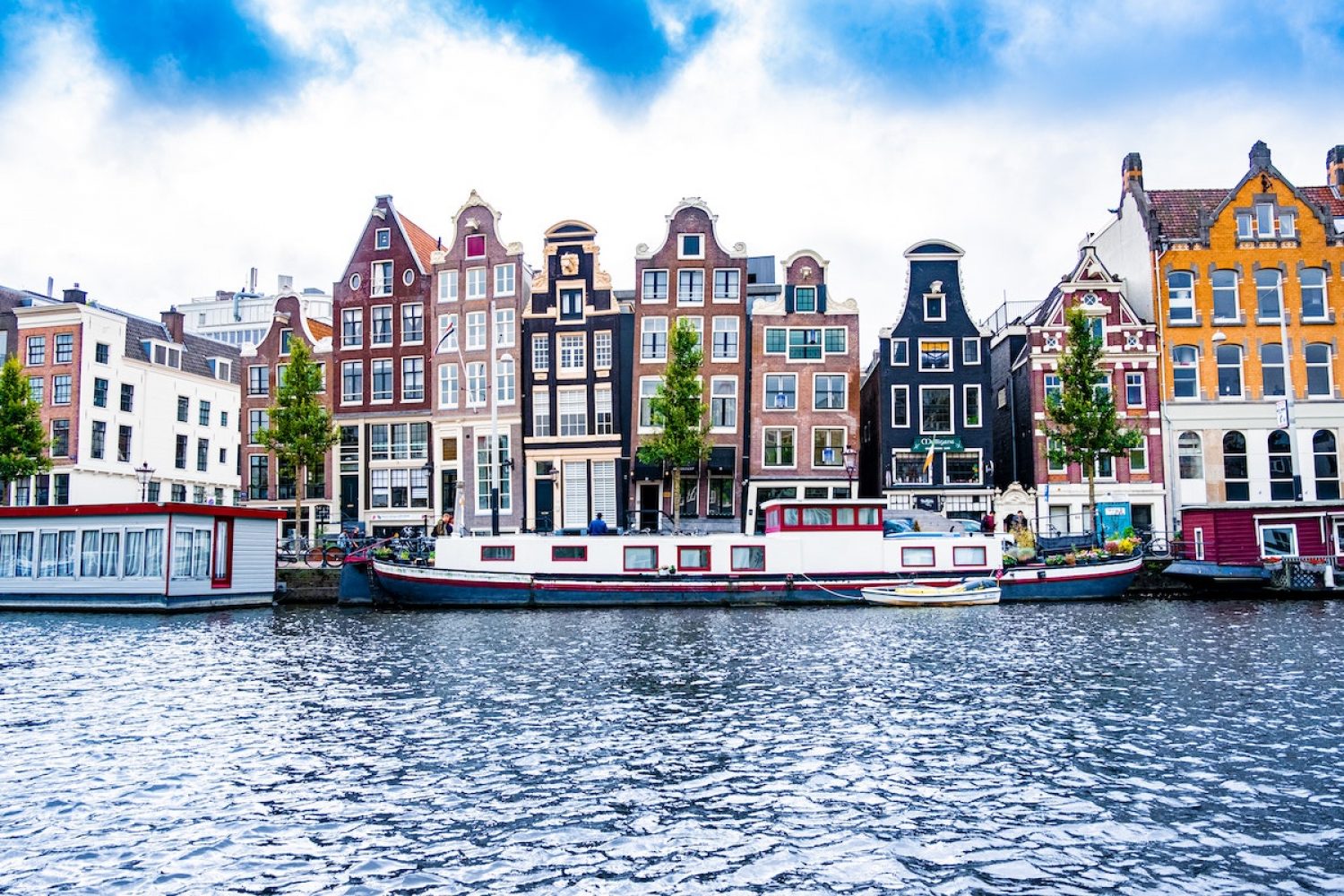 There are plans to run a hyperlink between Amsterdam, Rotterdam and The Hague. Image: Tobias Kordt

On paper, government policy is laying down a fertile groundwork for hyperloop to thrive. The technology is backed by the EU’s Smart Mobility Strategy. In the US, a $1tn (£760bn) infrastructure bill passed last year included funding for hyperloop projects.

“If you look on a country level, Wales has suspended new road building projects because they recognise the need to rethink their approach to infrastructure,” says Dominik Härtl, head of business development at Hardt. “That’s unique, but it’s quite an important step. Then you see countries such as France, Germany and Spain wanting to ban short-haul flights, and cities around the world writing hyperloop into their long-term plans.”

It’s a lot closer than almost everybody thinks. We could see proof of a passenger-usable hyperloop by 2026

Härtl reckons hyperloop has the potential to inspire a reimagining of our cities – how we commute, how we plan, how we develop – for the future. Linking Amsterdam, The Hague, and Rotterdam – and looping in local areas, too – would put 25 million people within an hour of each other.

But from Gavin Bailey, head of sustainable future transport at consultancy Eunomia, our headlong rush to equate speed with progress prompts a note of caution.

Says Bailey: “Eurostar spent an awful lot of money reducing its journey time by 20 minutes, only to find people don’t care so much about how quick the mode of transport is. What matters is how productive or how disruptive that mode is to what they’d rather be doing.” 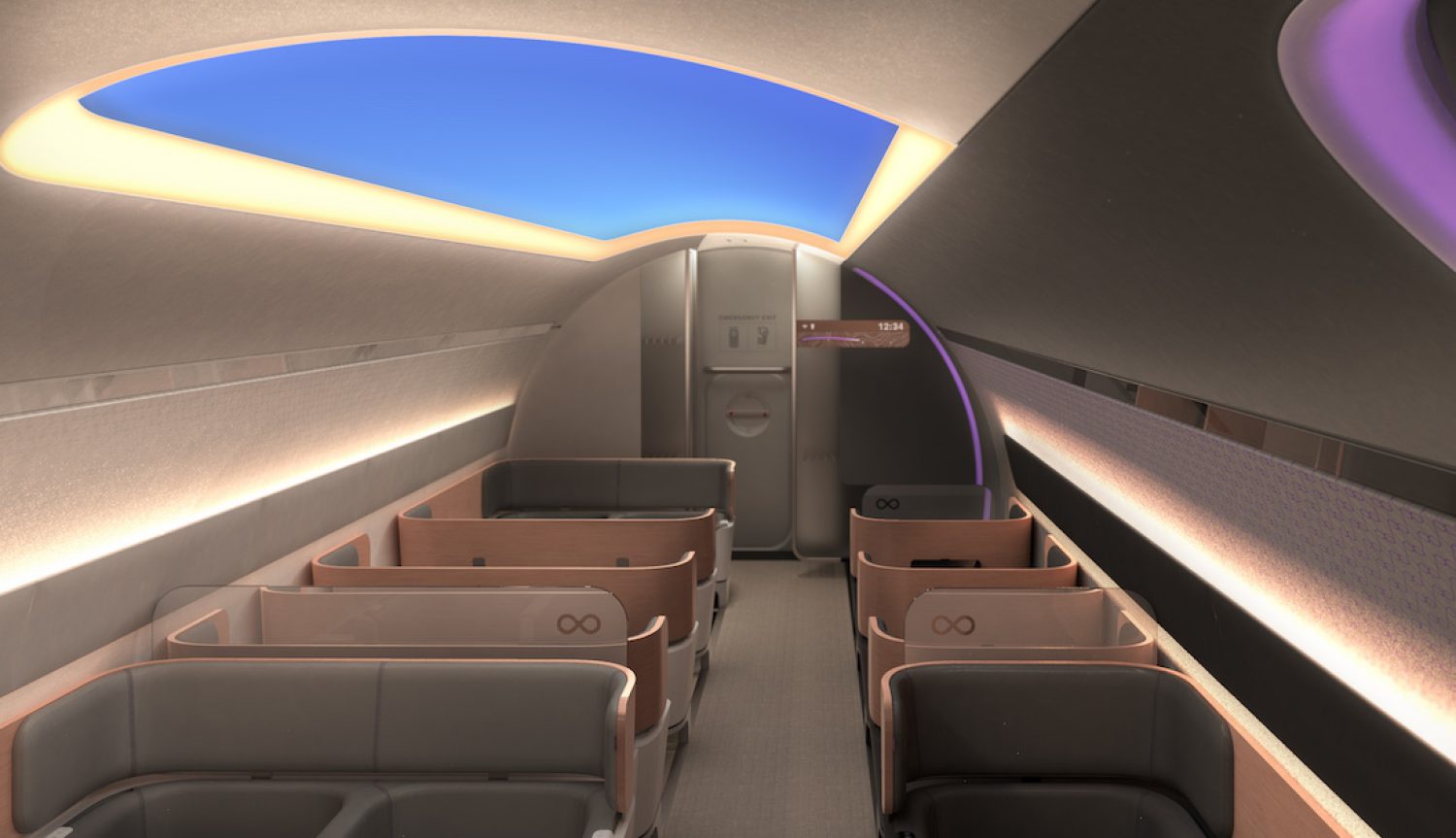 A rendering of how the pods might look inside. Image: Virgin Hyperloop

Bailey concedes that freight-based hyperloop likely has a role to play in future transport networks. However, he says that its high energy usage, along with the environmental cost of construction, cast its much trumpeted green credentials into shade.

“It’s only as green as the electricity source,” he says. “High speed rail can already transport large numbers of people quickly, cleanly and efficiently in a pleasant environment.

“Hyperloop is a futuristic, sexy technology – but maybe not one that is needed. We should be moving people towards thinking about their travel choices and how sustainable they are – we certainly don’t need another forbidden fruit to throw into the mix.”

Bailey could have a point. Although February saw over 50 cities and regions from 15 European countries take part in the Hyperconnected Europe initiative – set up to explore the potential for a future European hyperloop network – Virgin Hyperloop has scaled back its own plans and laid off staff.

After reaping headlines with its passenger test run, Virgin said last month that global supply chain issues meant it would focus on transporting cargo rather than people, with a freight system requiring less regulatory and safety red tape.

Perhaps for now, we’ll all have to wait a little longer. 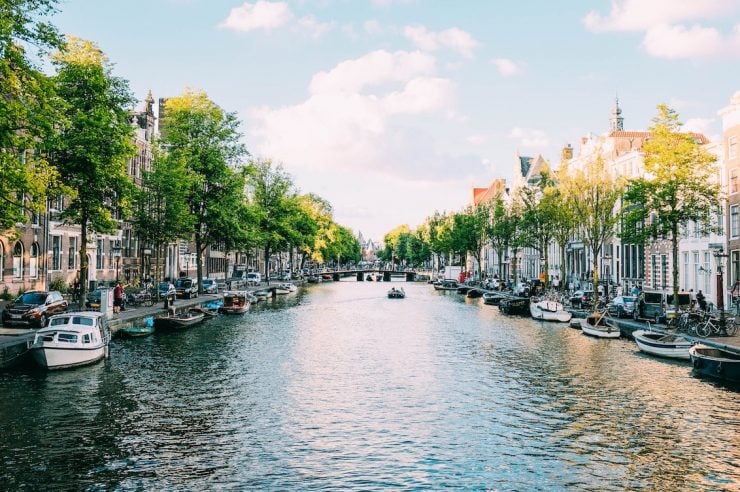 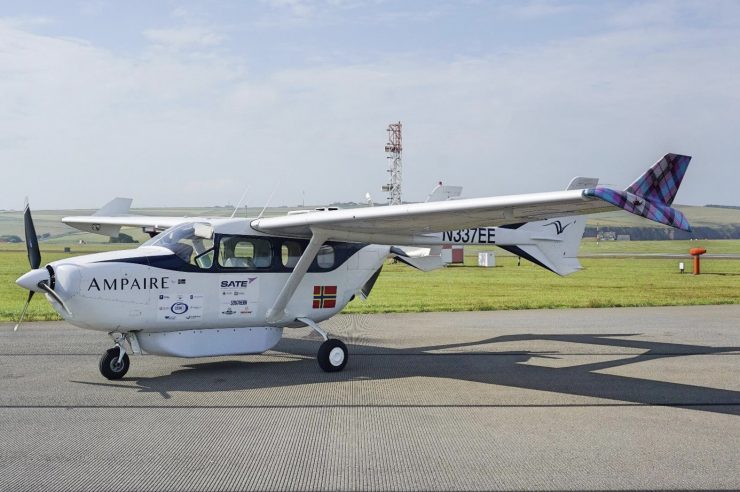 ‘An important step to decarbonising air travel’: hybrid plane takes to UK skies The aircraft is a milestone in the race to reduce aviation’s emissions, but net-zero flights remain some way off Environment Society Sustainable Development Travel