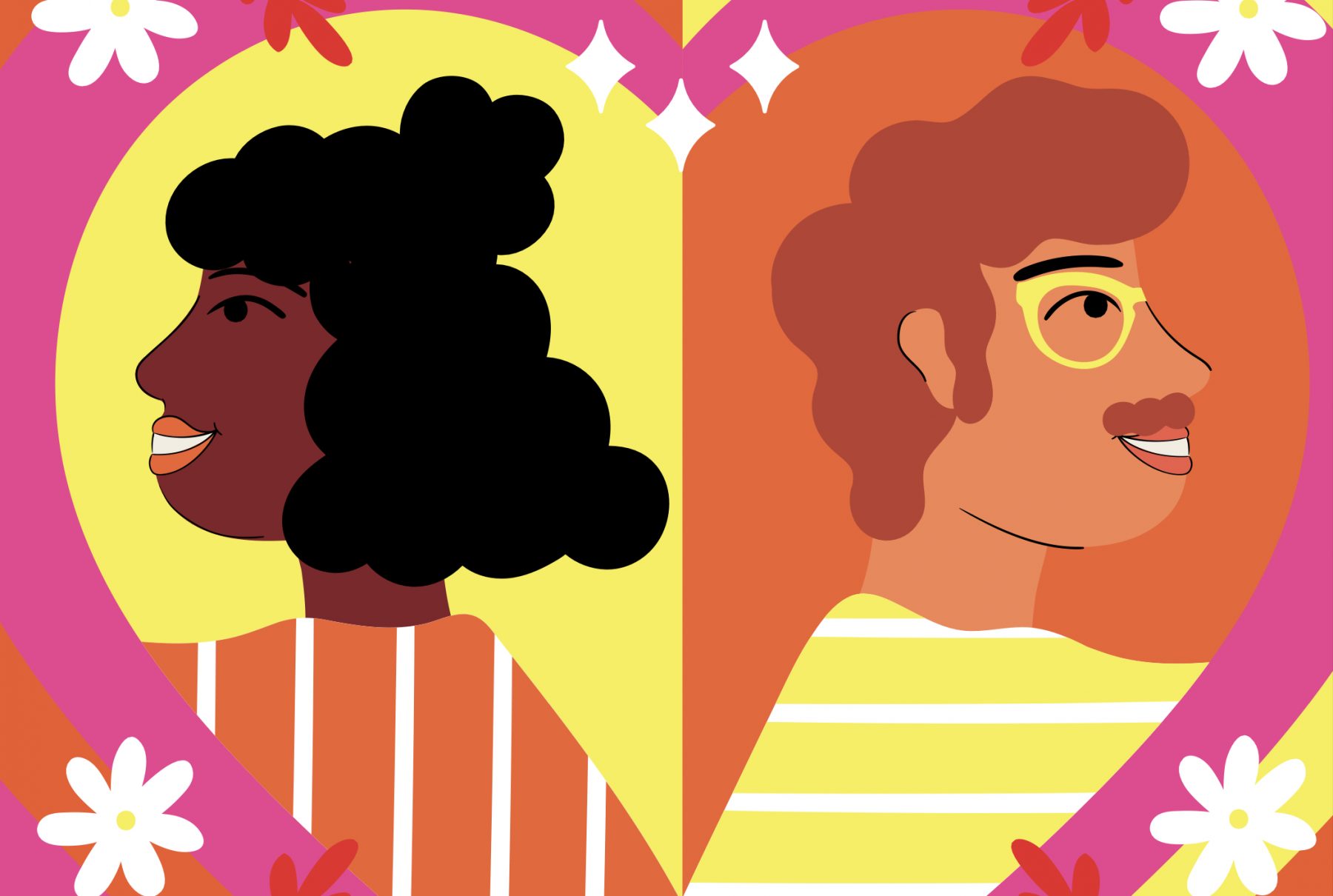 Untying the knot: how to have a ‘good’ divorce

Despite the gloomy headlines, most couples are managing to avoid pandemic-induced breakups, according to research. But nevertheless, some 42 per cent of UK marriages end in divorce. What would change if we saw divorce as a positive transition rather than a failure?

Despite the gloomy headlines, most couples are managing to avoid pandemic-induced breakups, according to research. But nevertheless, some 42 per cent of UK marriages end in divorce. What would change if we saw divorce as a positive transition rather than a failure?

Emma Reynolds and her husband were both certain that their four-year marriage was over, but equally certain that it shouldn’t be the end of their relationship.

“The main thing that we focused on was that we wanted our relationship to be positive and happy, just in a new guise,” she says. “We didn’t want to lose our history. We still cared deeply for each other, we just didn’t want to be married to each other. Helping set that out at the beginning helped focus our minds when it came to having the more difficult conversations.”

The couple – who separated in 2018 – decided not to involve solicitors, and set about dividing up their finances and belongings, and working out a schedule for their dog, who they share. Not having children, Reynolds acknowledges, made the whole process much more straightforward.

Then came the emotional work of establishing a happy relationship after their marriage. Reynolds notes that she had a lot of therapy, and she and her ex-husband had many conversations about what they both wanted. It has paid off.

“I would say we now have a better relationship than we’ve had before, because of the work that we’ve put into it to make it positive,” she says. “We spend a lot of time together. We live quite close by; we do lots of dog walks together and we take [our dog] on holiday every year together. We celebrate our wedding anniversary because we liked getting married. It’s a very alternative separation.”

Reynolds’ divorce story may sound an improbably perfect outcome of what is generally considered to be one of the two most stressful experiences a person can have (along with the death of a spouse). A couple separating after 30 or 40 years together with all the shared history and belongings, not to mention shared children and property, is clearly in a very different situation.

But her relatively happy story might not be quite so much the exception for much longer: the ‘no- fault’ divorce is set to come into effect this autumn, and more services are popping up to help couples navigate the process of ending their marriage amicably, and to do so together. 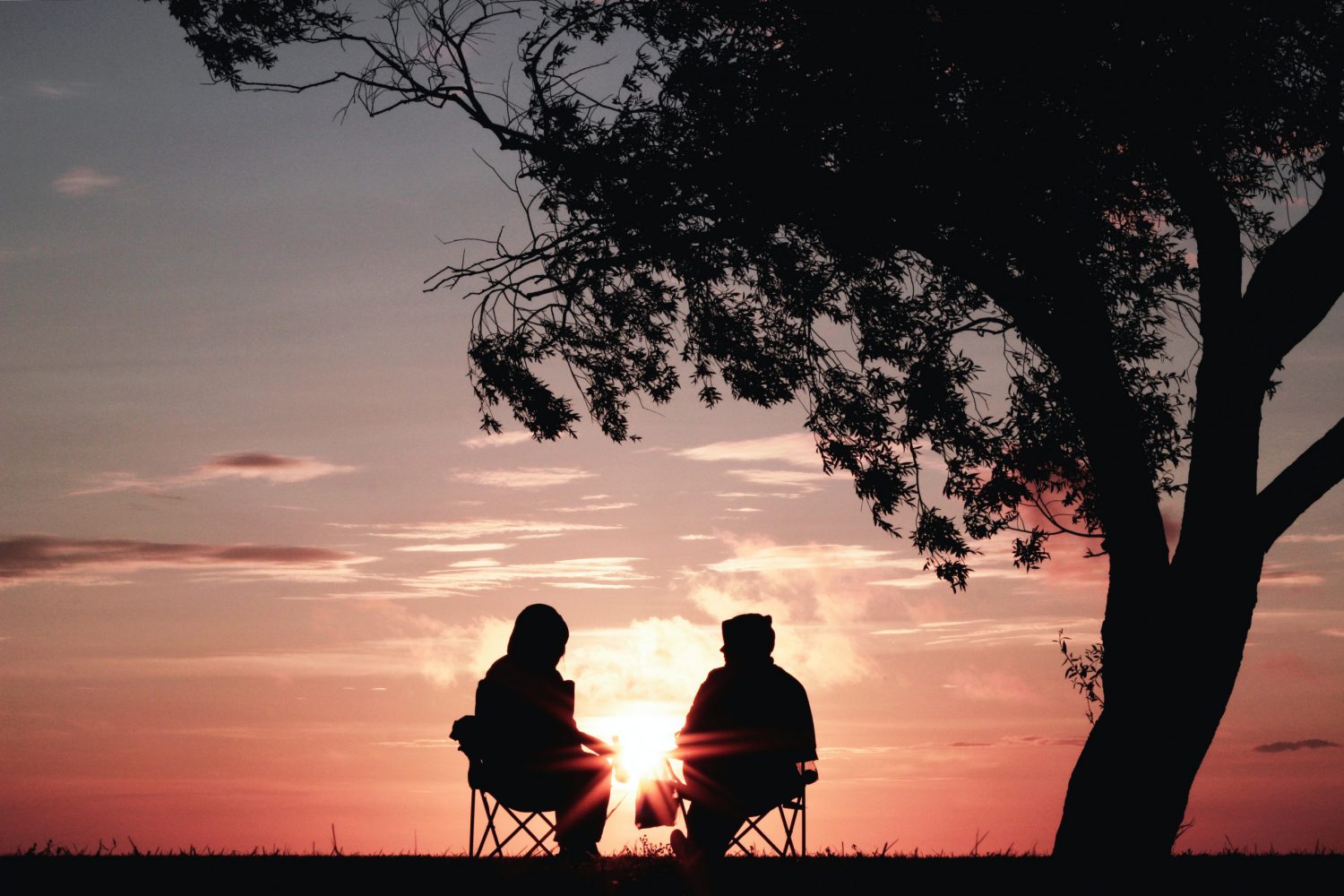 Though the coronavirus crisis has been a huge test for many relationships, a survey by Marriage Foundation suggests that a huge pandemic-induced divorce boom may actually be a myth. Image: Harli Marten

“Everybody joked about Gwyneth Paltrow’s ‘conscious uncoupling’ a few years ago, but it’s not uncommon that these kinds of things are led by celebrities,” says Pip Wilson, co-founder and CEO of amicable.io, which coaches couples through the divorce process without lawyers. The Oscar-winning actor’s 2014 divorce from her husband, musician Chris Martin, is often referenced when people talk about positively ending a marriage; Reynolds describes her and her husband’s split as “a budget Gwyn and Chris”.

Wilson says that high-profile people speaking publicly about amicable separations helps set an example. She believes that as a nation, we are getting better at getting divorced.

“The overriding similarity between all of our customers is that they want to come out of the other side and feel that they can move on and that they haven’t burned a huge amount of time and money on a big fight,” she says.

The ‘big fight’ of many divorces is exacerbated by regulations in the UK: under conflict-of-interest rules, solicitors are not allowed to jointly advise both parties on a divorce. That means that by involving solicitors, spouses begin the process in opposing camps, pitted against one another.

We didn’t want to lose our history. We still cared deeply for each other

“Doing the best possible for [each spouse] is not the best possible thing for the family,” says Samantha Woodham, a family barrister who founded The Divorce Surgery, which offers joint legal advice to divorcing couples. (Although solicitors are prevented from offering joint advice, barristers are not.)

“Being able to frame the narrative from day one as: ‘this is not going to be a battle, we do not view the end of our relationship as a failure, this is a life change we’re going to navigate together’ – just saying that to people around you takes all the drama out of it.”

Although Reynolds and her ex- husband were able to separate their assets on their own, many couples do need support on this front. “Most people start in a place where they just want a fair outcome, but they have massively different perceptions about what fair is. Because it’s not that instinctive – it’s actually quite hard,” says Woodham. 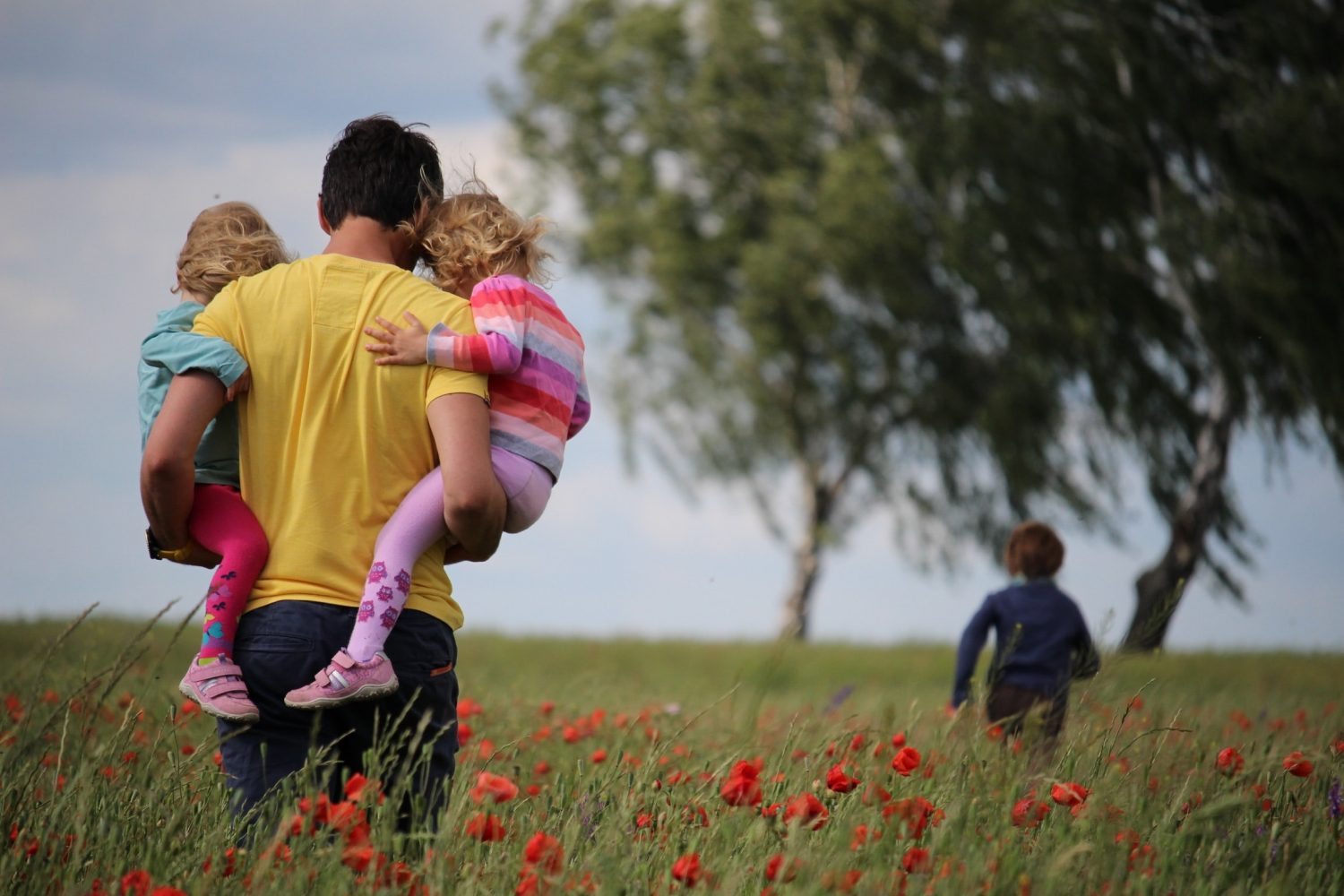 Divorces, no matter how amicable, are invariably complicated by children. Image: Juliane Liebermann

Couples using joint services such as Woodham’s and Wilson’s for their divorce still find some issues quite contentious. “There are often some really big binary decisions in a divorce, for example who stays in the family home, or whether or not the family home should be sold – there’s a massive amount of emotional attachment in that,” notes Wilson.

There is the unpleasant reality that running two households instead of one will most likely put both parties in a worse financial position.

“That’s hard – especially if you’re not the person who is instigating the divorce,” Wilson says. “We spend a lot of time taking a very practical approach and saying, ‘I appreciate this is hard but unfortunately it’s the reality and a big court battle isn’t going to change that reality either, so let’s focus on the best options available’.”

And that is a clear benefit of an amicable, frictionless divorce: it’s cheap. A single service between two people – or no service at all – comes at a fraction of the cost of a protracted legal battle between solicitors. Woodham sees a lot of clients who “can’t stand each other, who are cost or time motivated”.

But even those couples, she says, tend to begin with a mindset such as ‘I want to be able to say to my kids that I did the fair thing’ or ‘I just want to extricate myself from this without making things worse’.

“It’s hard at the beginning – it’s much easier to just go into your own camp and be cross with the other person. But actually, if you look at it as both of you trying to extricate yourselves fairly, then you focus on the solution rather than the problem. It’s healthier, to look at the future rather than obsess about the past.”

Laying the foundations for a good divorce

Instead of thinking about what you want to take out of the marriage, identify the outcome you would like. Amicable’s divorce coaches begin by asking each spouse to set goals, which might be making sure children’s schooling isn’t disrupted, wanting to return to work after a period of time off, or remaining living in the same area.

Approaching the process in this way, Pip Wilson explains, makes for a much more positive result. “At the end of the process, you can then accept and move on much more quickly because you have achieved a tangible goal,” she says. “Starting from
a position of ‘what am I entitled to?’, and not getting it can be demotivating and make it very hard to move on.”

Emma Reynolds recommends trying not to take the breakdown of the romantic relationship personally. “If you can take the ego out of it and recognise that it doesn’t have anything to do with you necessarily, it’s just that over a period of time you’ve individually changed and aren’t what each other wants any more, it is easier to process the change. It’s just part and parcel of the experience of life. That’s really helped us to not feel like we’ve failed – because we’re very happy, and the failure would be to remain together and feel sad.”

A traditional divorce with solicitors is expensive and stressful, potentially leaving each party without the headspace or the money for therapeutic support or financial advice, points out Samantha Woodham. “And really, you need both of those things, too,” she says.

Having therapy together to improve your communication with each other is particularly useful, she suggests, especially if you have children. 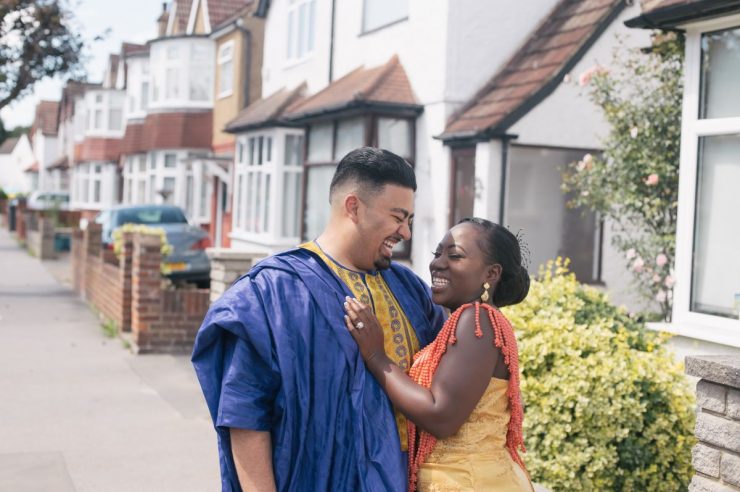 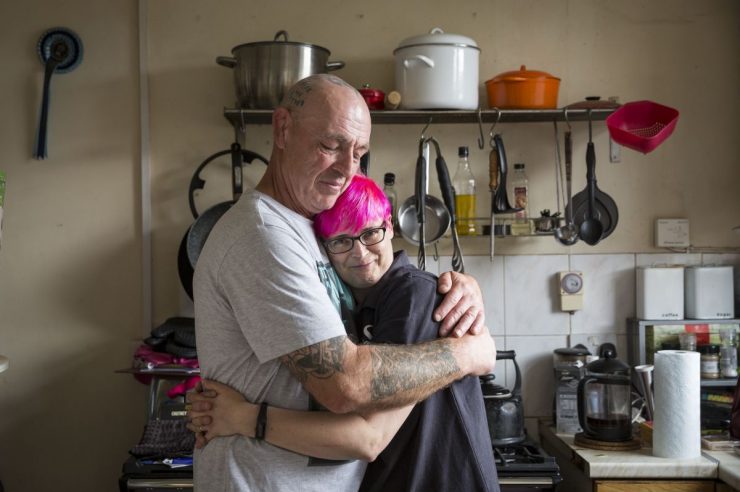 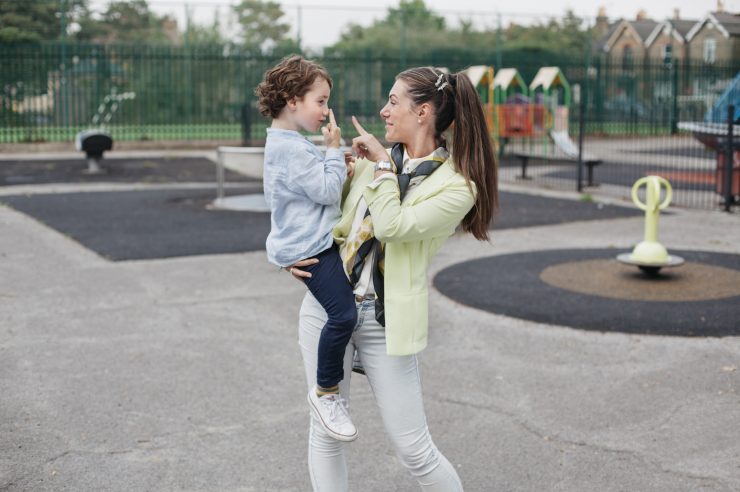