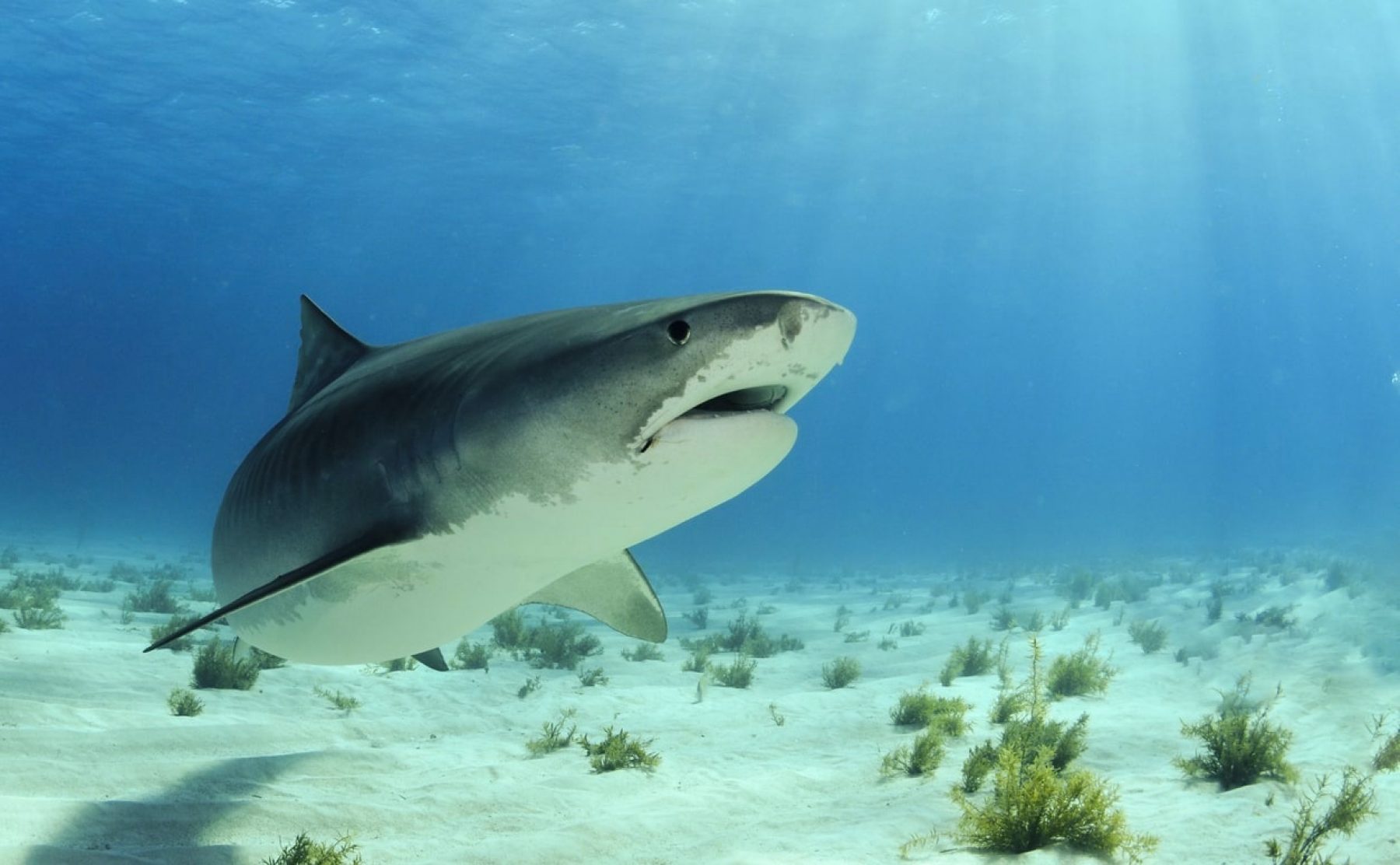 What went right this week: a ‘historic’ move to protect sharks, plus more

The ocean’s apex predator got greater protection, a new frontier opened in the fight against cancer, and the world’s first disabled astronaut was recruited, plus more positive news

The ocean’s apex predator got greater protection, a new frontier opened in the fight against cancer, and the world’s first disabled astronaut was recruited, plus more positive news 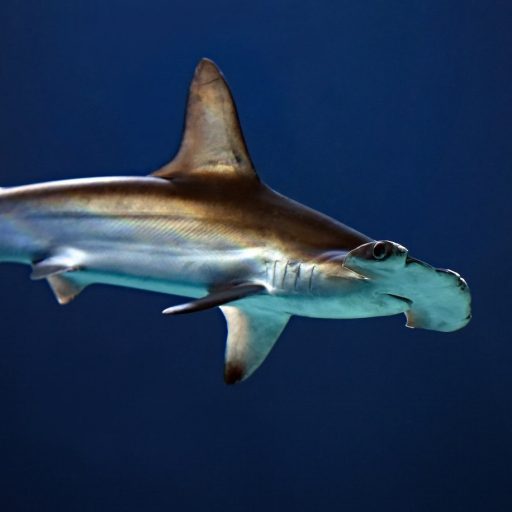 A denizen of the deep got greater protection

Almost 200 nations have voted to regulate the global trade in shark fins in what has been hailed a conservation milestone.

The vote adds 60 threatened shark species to the list of creatures protected under Cites – the Convention on International Trade in Endangered Species.

The measures will apply to the requiem shark family, including tiger sharks (main image), as well as six species of hammerheads, which have been hunted to the brink of extinction for shark fin soup.

The vote took place at Cites’ 19th Conference of the Parties (COP19) in Panama. “This is a historic decision for the health of the oceans”, said World Wildlife Fund shark expert Heike Zidowitz. “Sharks are an irreplaceable keystone species.” 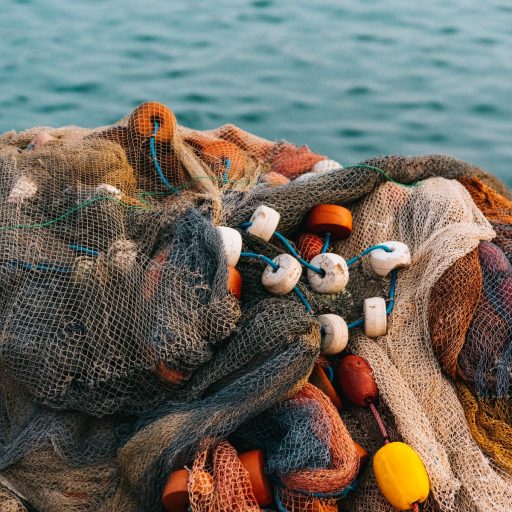 A new gadget designed by marine scientists has been shown to almost eradicate shark bycatch in commercial fishing.

Clipped to fishing lines, the ‘SharkGuard’ emits electrical pulses, which deter sharks by stimulating the delicate sensors around their nose and mouth.

The device, trialled by a French longline tuna fishery, reduced accidental catch of blue sharks by 91 per cent and of stingrays by 71 per cent. 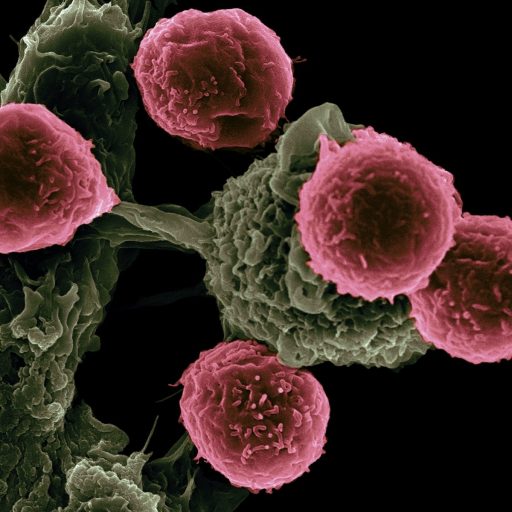 A new frontier opened in the fight against cancer

Scientists hope to double the survival rate for advanced cancer via a research programme that will open up new frontiers in the fight against the disease.

The Institute of Cancer Research (ICR) and London’s Royal Marsden NHS foundation trust this week launched a five-year study that aims to disrupt the disease’s reliance on our bodily ecosystems.

One way to do this is by targeting non-cancerous cells that have been co-opted by a tumour to facilitate its growth. As well as looking at ways to make the body inhospitable to cancer cells, the study will use artificial intelligence to design new drug combinations and dosing to treat tumours.

Dr Olivia Rossanese, director of cancer drug discovery at the ICR, said: “We plan to open up completely new lines of attack against cancer, so we can overcome cancer’s deadly ability to evolve and become resistant to treatment.” 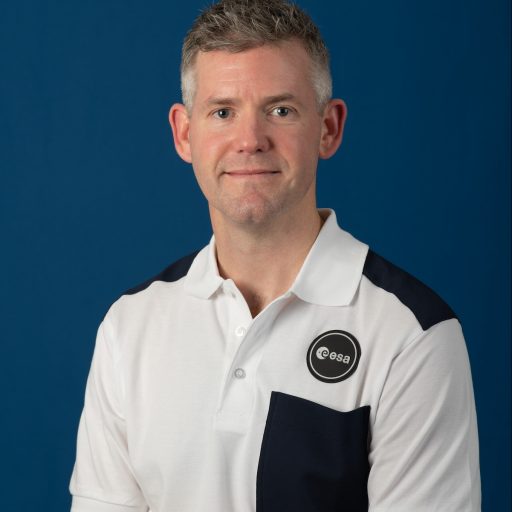 One small step for man, one giant leap for inclusivity: British Paralympic sprinter John McFall has been unveiled as the world’s first disabled astronaut.

McFall joins 16 men and women chosen from over 22,500 applicants for the European Space Agency’s (ESA) first class of astronauts in 13 years.

Although it doesn’t automatically guarantee him a spot on a rocket launchpad, McFall will now work on a feasibility study investigating what it would take to put a para-astronaut into orbit.

The 41-year-old lost his right leg after a bike smash when he was 19. He took up running and went on to compete in the 2008 Paralympic Games in Beijing.

“I felt compelled to help ESA answer this question – can we get someone with a physical disability to do meaningful work in space?” he said at ESA’s announcement in Paris on Wednesday. 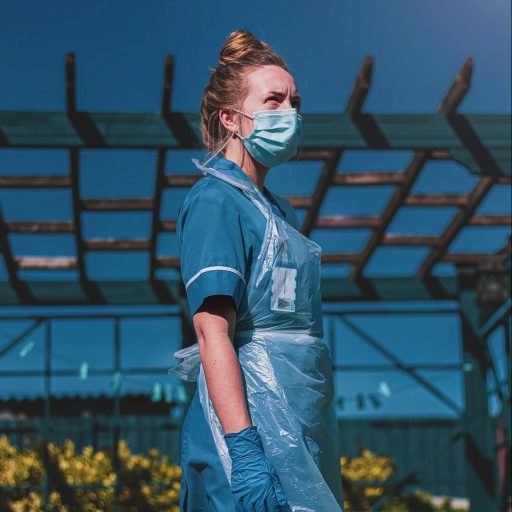 England’s National Health Service (NHS) is to introduce flexible working for staff going through the menopause, it was announced this week.

Besides work from home arrangements, additional support will include cooler uniforms, fans to reduce temperatures and lighter duties. The new guidelines aim to help break the stigma around the menopause, boost awareness and retain workers.

NHS England chief executive Amanda Pritchard said the guidance was a “matter of respect for staff.” She added: “Women between the ages of 45 and 54 alone make up a fifth of all NHS employees, which means up to 260,000 staff could experience the menopause at work. I want all those facing that transition in the NHS to have access to the right support to stay in and thrive at work.”

Pritchard said the new guidelines were designed to be transferable to other workplaces, and she called on more employers to follow suit. The move follows a pledge by the UK House of Commons to become a “menopause-friendly” employer. 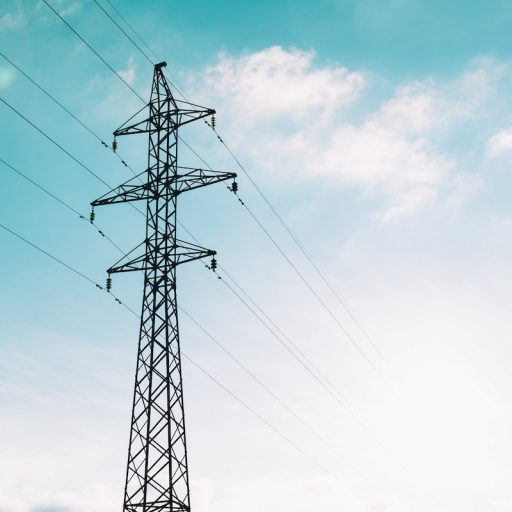 An energy-saving trial in the UK spared the equivalent of an hour’s output from a gas-fuelled power station.

This week Octopus revealed that the average customer slashed electricity consumption by over 59 per cent. The savings added up to 108MW (roughly an hour’s output of a gas-fuelled power station) and participants earned a £1 credit into the bargain.

In other news, the clean energy developer Harmony flicked the switch on Europe’s biggest battery storage system near Hull this week.

The facility, built around Tesla Megapack batteries, can store up to 196 MWh in a single cycle – enough to power around 300k homes for two hours.

It’s hoped the project will store electricity from what will be the world’s largest offshore wind farm at Dogger Bank, due to go live next year. 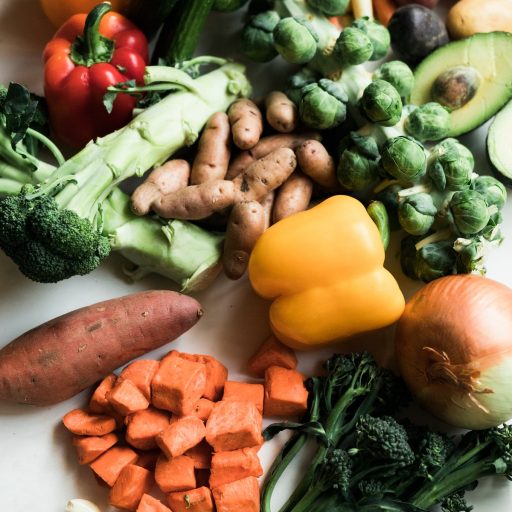 Food and heating were prescribed to vulnerable people

Low-income families in the UK are being prescribed fresh fruit and vegetables in a nine-month project tackling food poverty and health inequality.

120 people in two of the UK’s most deprived neighbourhoods are receiving weekly vouchers to buy fresh groceries from local retailers and market traders.

The £250k ‘social prescribing’ scheme, launched as food inflation hits a record 13.3 per cent, is being run by charity Alexandra Rose in partnership with public health teams in the London boroughs of Tower Hamlets and Lambeth.

In another health trial, patients with chronic lung conditions exacerbated by cold are being prescribed heating by NHS Gloucestershire.

A Warm Home Prescription pilot of 28 homes last winter proved so successful that it is being expanded to 150 in the health authority’s area, plus another 1,000 in Aberdeen and Teesside.

Participants will have their energy bills paid until March 2023 using cash from the Government’s Housing Support fund. 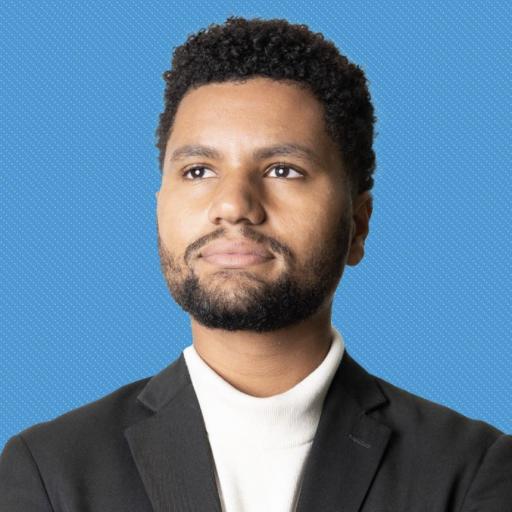 Congress is getting its first Gen Zer

Frost quit his job to run for Florida’s 10th Congressional District, and drove for Uber to pay his rent while campaigning on a ticket aimed squarely at young voters: gun violence, climate change, abortion rights and Medicare.

Frost comes from a background of anti-gun activism – he has been involved since the Sandy Hook massacre in 2012 and wasted no time this week in using his new platform to call for a congressional vote on banning assault weapons.

Speaking to NBC News, Frost called Gen Z “the mass shooting generation” and said it was “fed up” with gun violence. “We’re demanding and want to be a part of the solution to build a world that works for everybody, where we don’t have to have this violence.” 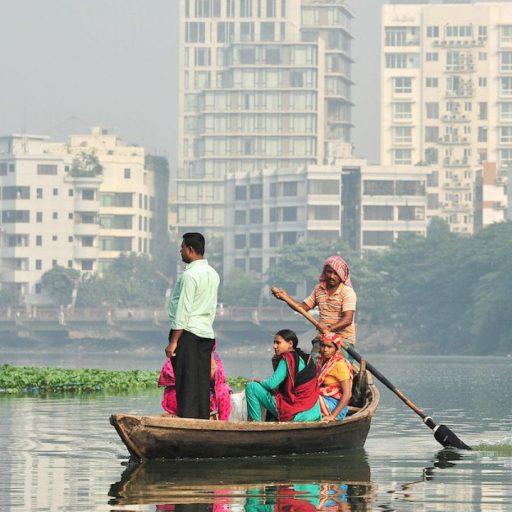 The sun rose on a new dawn for climate justice

Developing nations will be compensated for climate catastrophes after COP27 delegates struck a historic deal to create a ‘loss and damage’ fund.

The fund – one of the few bits of positive news to come out of the summit – will help poorer nations manage the devastating aftermath of extreme weather events caused by a climate crisis they have barely contributed to.

UK-based campaign group Make Polluters Pay, which puts the combined bill for 2021’s most costly climate disasters at $170bn (£150bn), said the move was “undoubtedly a significant step forward in the campaign for climate justice.”

However, it could yet prove to be a step taken at snail’s pace – the question of who pays into the fund, and how much, won’t be discussed until COP28 in a year’s time.

The deal follows Denmark’s pledge at the United Nations general assembly in September of DKK100m (£12m) for loss and damage. Scotland announced £2m at COP26 in Glasgow.

Click through for the Positive News review of COP27. 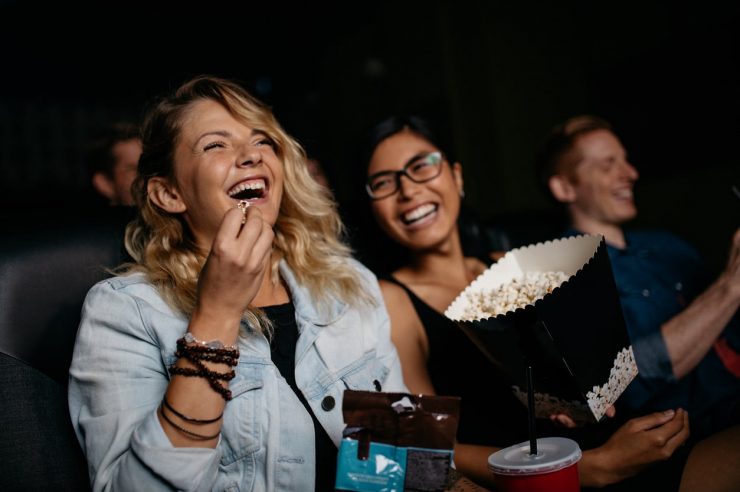 What went right this week: Germany’s culture ‘gifts’ to citizens, plus more Germany hatched a plan to boost culture, the Swiss dug deep for nature, and the UK got its first drugs testing charity, plus more Culture Environment Health Society Wellbeing 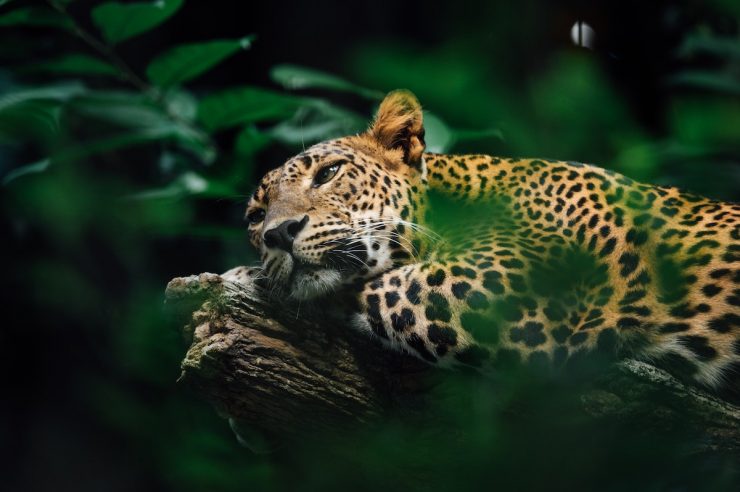 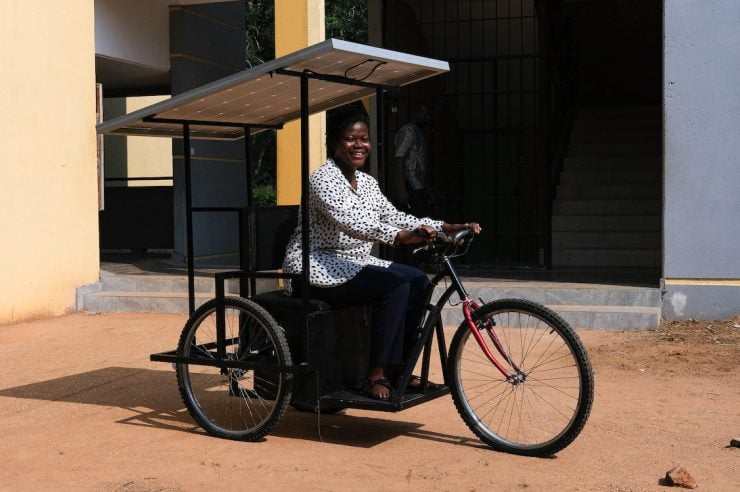