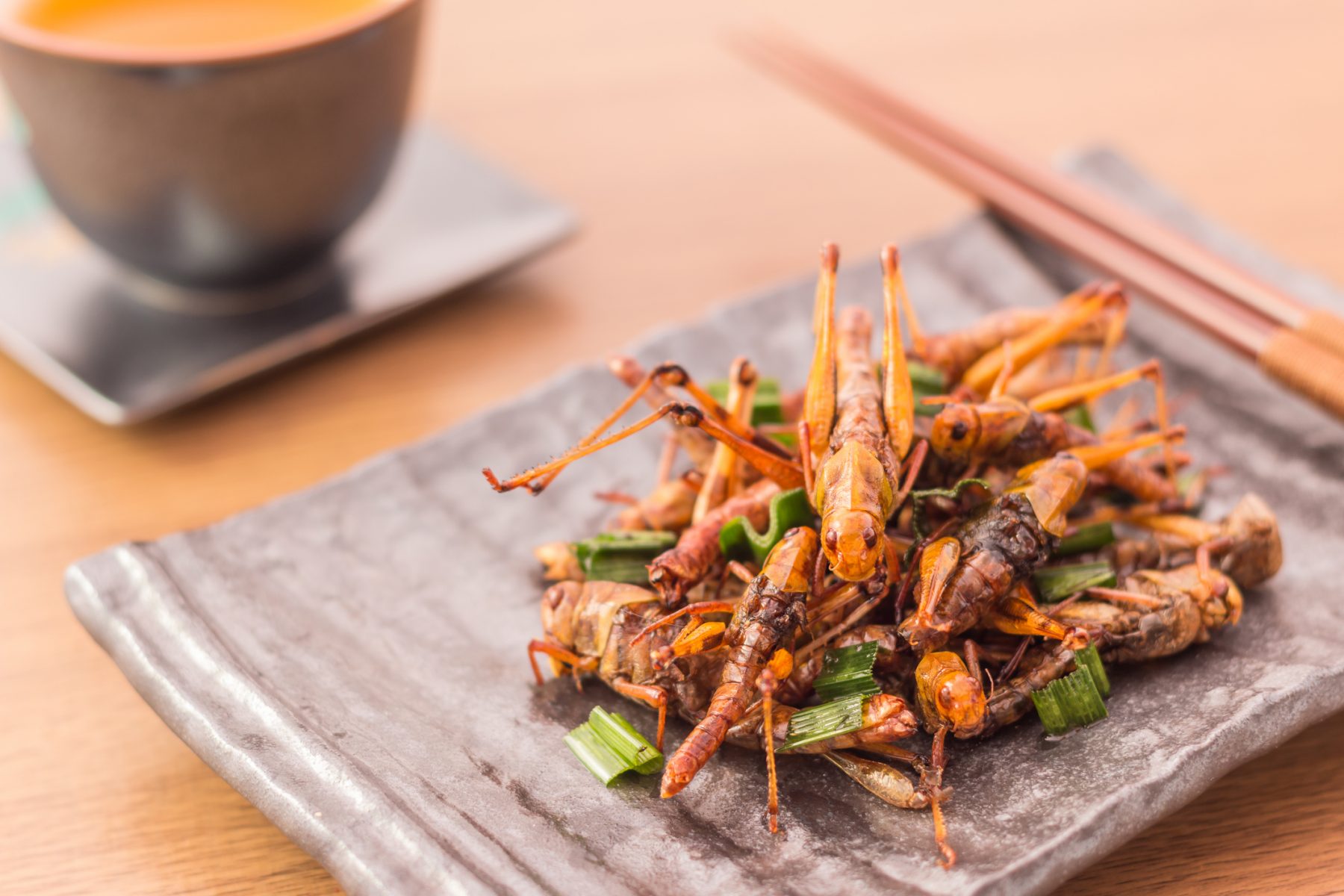 Insects are a nutritious food source that can be produced more sustainably than conventional livestock. While eating them is common in many world regions, in western cultures it is more likely met with disgust.

The consumption of insects has slowly increased as the benefits become widely discussed. More than 2,000 edible species have been identified. But would incorporating insects into our diets really reduce the environmental footprint of food production, and can this be achieved?

Insects are high in fat, protein and nutrients. This varies between species and lifecycle stage, however the protein content of insects is frequently 40-60 per cent. Insects also provide all of the essential amino acids required for human nutrition. Adult crickets are 65 per cent protein by weight, which is higher than both beef (23 per cent) and tofu (8 per cent). Insects are also high in minerals such as copper, iron and magnesium. It’s not surprising that they are consumed by humans in many world regions today.

Insects are also far more efficient at converting their feed into energy than conventional livestock. Adult crickets and mealworm larvae need 5–10 times less feed than cattle to produce the same weight gain. Insects are also cold-blooded, so do not use their metabolism to heat or cool themselves, further reducing energy and food use.

A larger proportion of the animal can also be eaten compared with conventional livestock. Only 45 per cent of a cow and 55 per cent of a chicken is consumed on average. For insects, the whole larva and 80 per cent of an adult cricket can be eaten. Insects also reproduce more rapidly than vertebrates, with many generations possible in a year.

To provide the same nutritional value, insect cultivation  uses a fraction of the land, energy and water used for conventional livestock farming.

To produce a kilogram of protein, mealworm larvae emit 14kg of CO₂eq, far less than the 500kg of CO₂eq emitted on average in beef production, and require 70 times less agricultural land than beef. 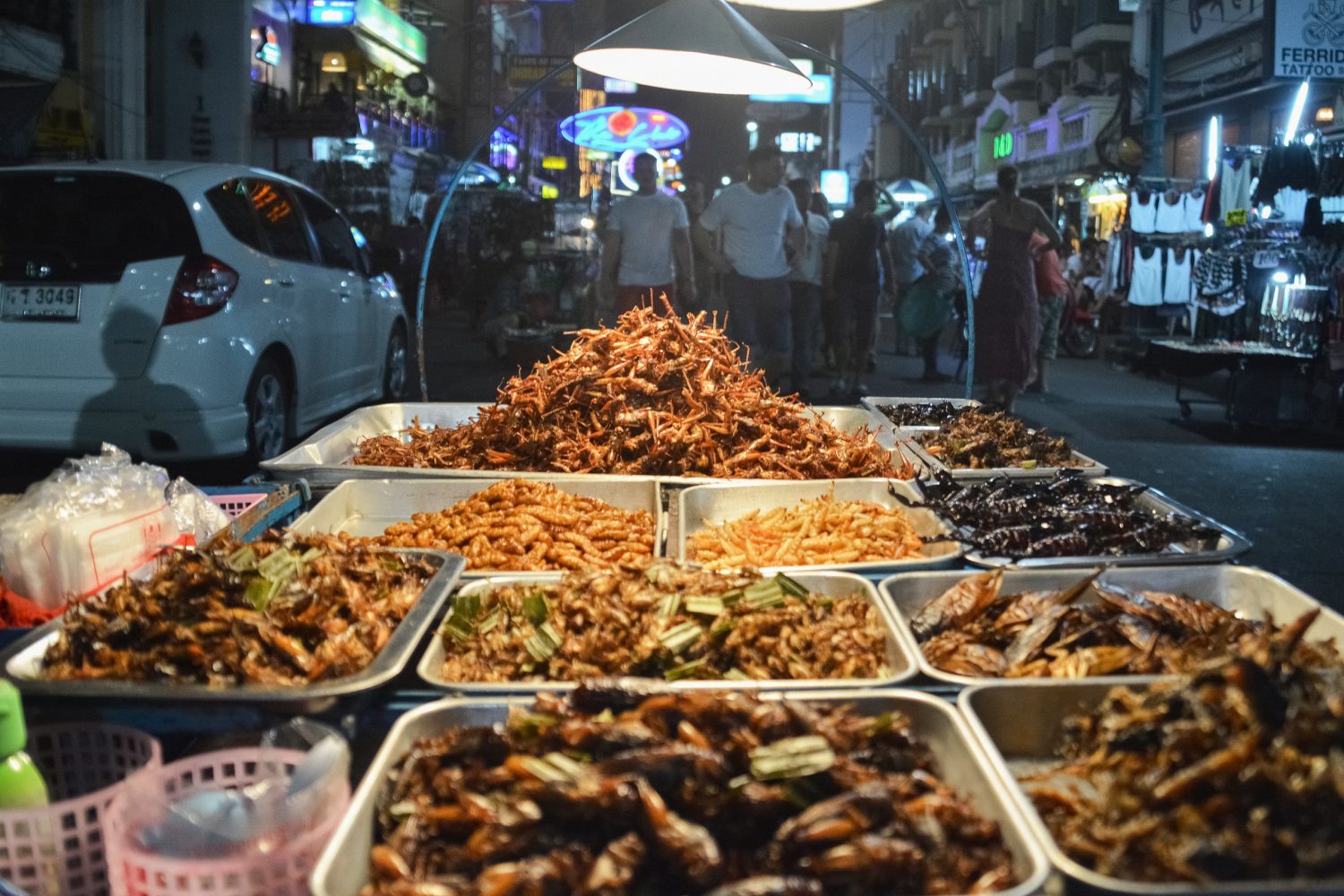 Crickets are commonly served as a snack in many markets across the world. Image: Jeremy Bezanger

Plant-based foods should not be ignored

All food production has environmental costs. However, there is substantial variation within this. Beef, for example, produces 100 times more greenhouse gas emissions than pea production.

Insect cultivation typically falls between these extremes. While it can be less environmentally damaging than the production of meat, it has a higher footprint than most plant-based foods. Per kilogram of protein, pea production emits only 4kg of CO₂eq, while tofu requires roughly half the agricultural land needed for insect cultivation.

Whether insects are a climate-friendly (or friendlier) food will depend on what their protein replaces. If insect-based foods are used to substitute conventional meat, this could provide important gains. However, large gains could also be achieved if plant-based alternatives are adopted.

Dietary changes can radically alter the environmental footprint of consumers. The average diet in the US uses more than 10 times more land per person than the average Indian diet, primarily due to the types of food consumed. 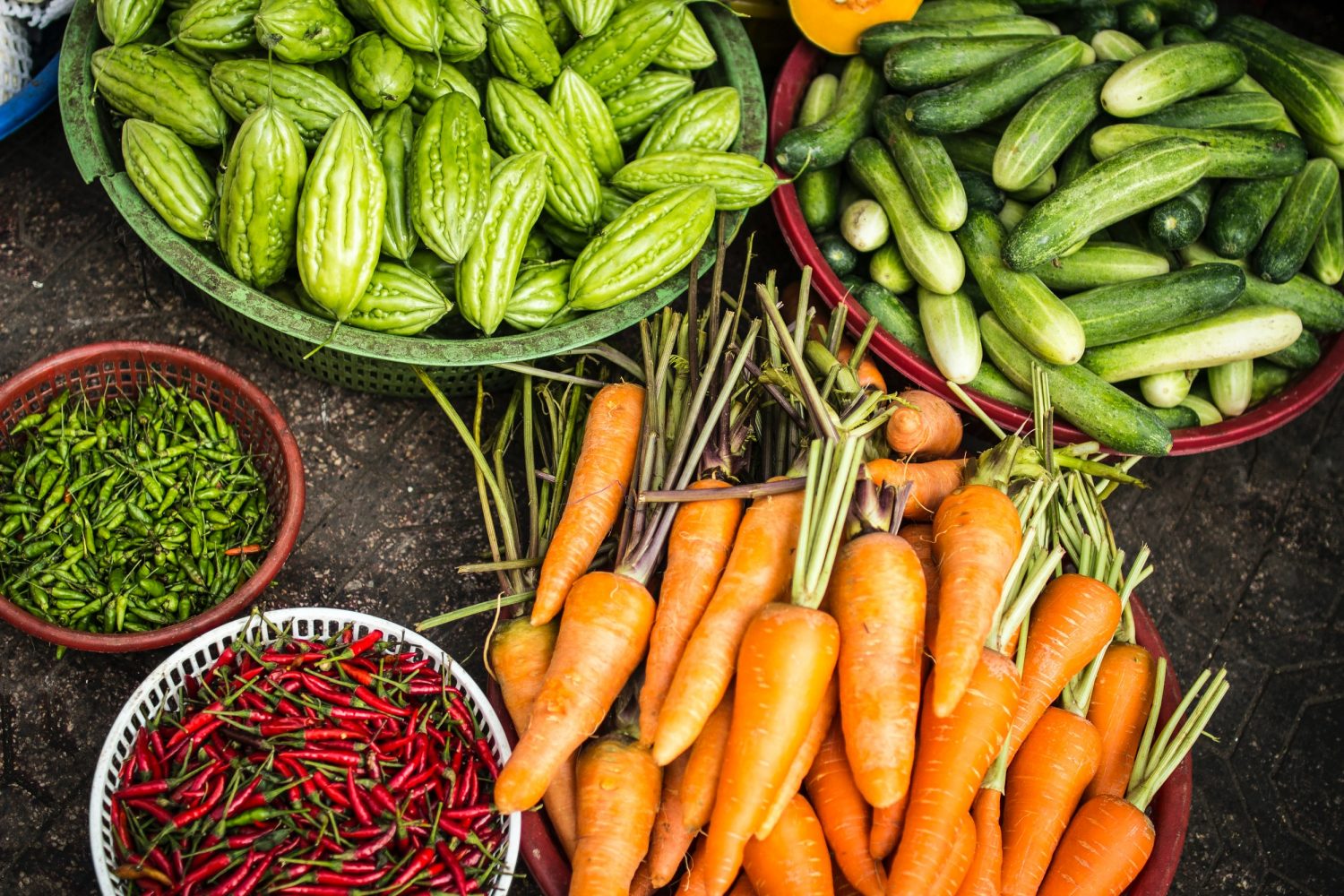 A plant-based diet has a generally smaller carbon footprint than meat and dairy. Image: Megan Thomas

1.3 billion tonnes of food produced for human consumption is wasted each year. Another area in which insects could prove valuable is in the production of food or animal feed from food byproducts or food waste. Black soldier flies reared on byproducts such as almond hulls can be converted into feed for livestock or farmed seafood.

However, feeding insects organic byproducts requires careful management to avoid risks of chemical and microbial contamination. Several insect species are able to digest certain contaminants, but there is potential for harmful bioaccumulation. Manure and catering waste are therefore prohibited as a feed for farmed insects in Europe. 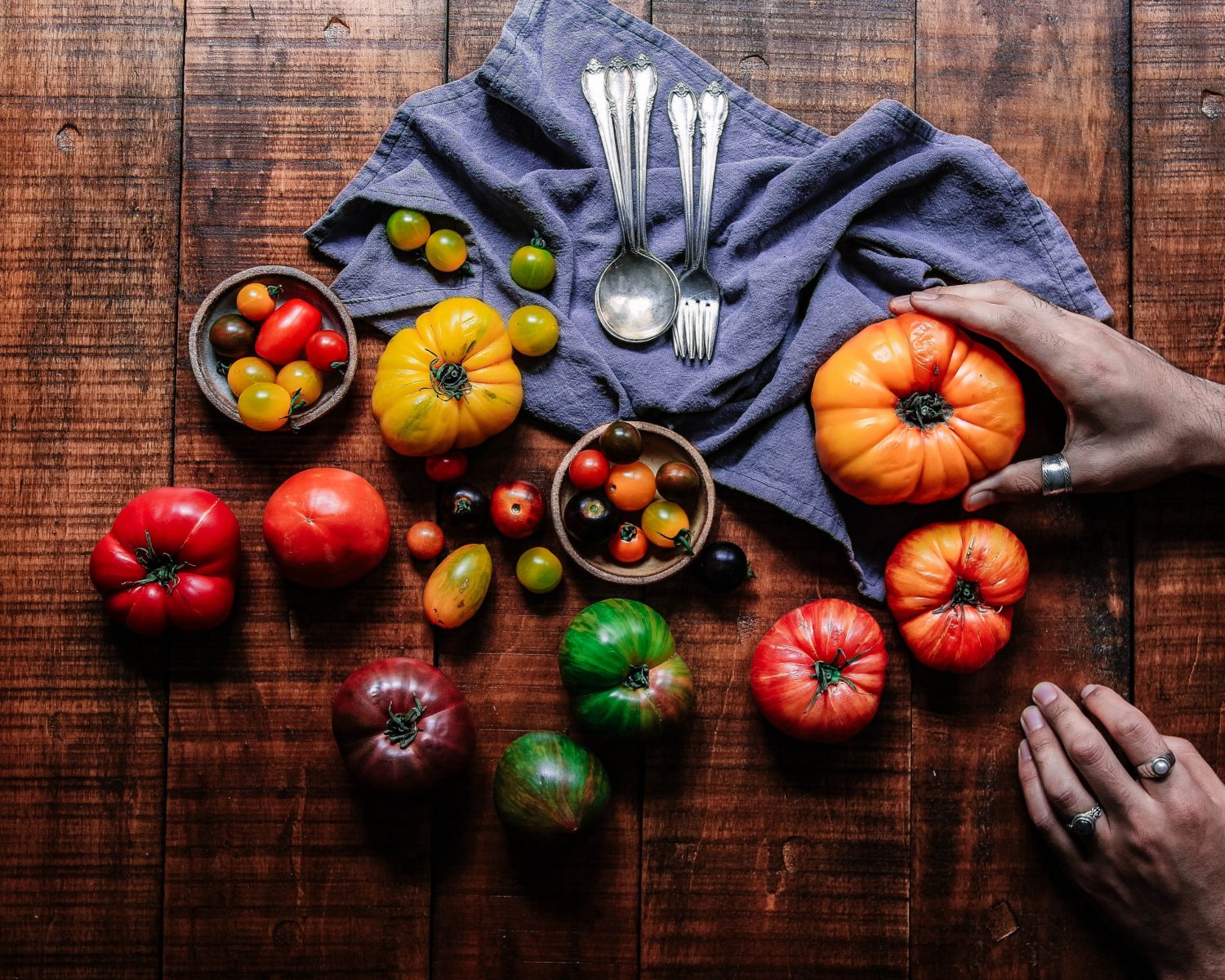 The acceptability of foods can change over time. Brits, for example, regarded tomatoes as poisonous for over 200 years. Image: Edgar Castrejon

The market for edible insects in Europe and America is growing. Despite only 10.3 per cent of Europeans stating they would be willing to replace meat with insects, the edible insect market is projected to reach US$4.63bn (£3.36bn) by 2027.

The acceptability of foods can change over time. Tomatoes were regarded as poisonous in Britain and dismissed for over 200 years. Lobsters, now an expensive delicacy, were formerly so abundant in the US that they were served to workers and prisoners and were commonly used as fertiliser and fish bait.

Lobster only became fashionable to eat after the mid-18th century. Since then its popularity has surged, with the global lobster market expected to reach US$11.1bn (£9.7bn) by 2027.

Insect consumption in Europe may also become normalised. Western consumers are showing an increasing willingness to consume processed insect based foods. Incorporating insects into familiar food items such as flour is one way of improving their palatability.

Edible insects are not the sole solution to achieve a more sustainable food system. However, they do provide a nutritious and more sustainable substitute to conventional meat. Their production, flexibility and diversity means they are likely to play an increasing part in a more circular food system.

Peter Alexander is Senior lecturer in Global Food Security at the University of Edinburgh. 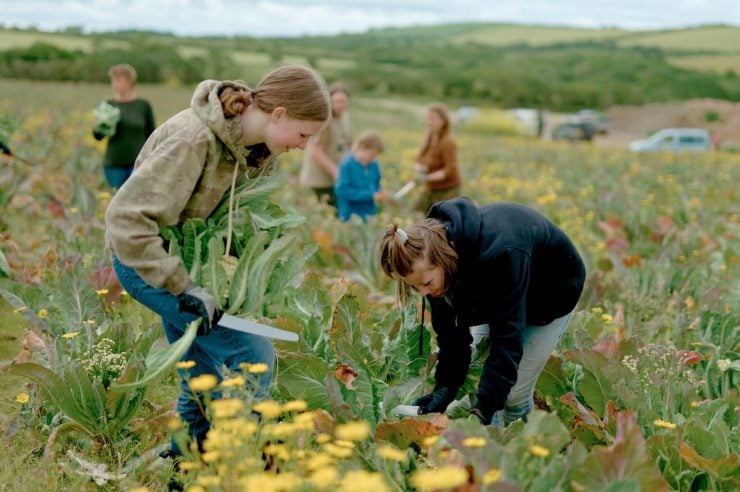 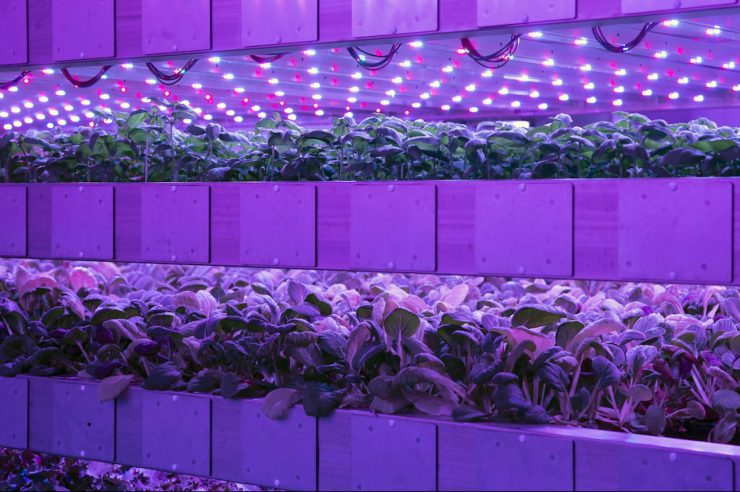 Taste of the future? Vertical farming is finally growing up in the UK Vertical farms can boost food security, reduce emissions and eliminate fertilisers – and they are springing up across the UK Agriculture Environment Food