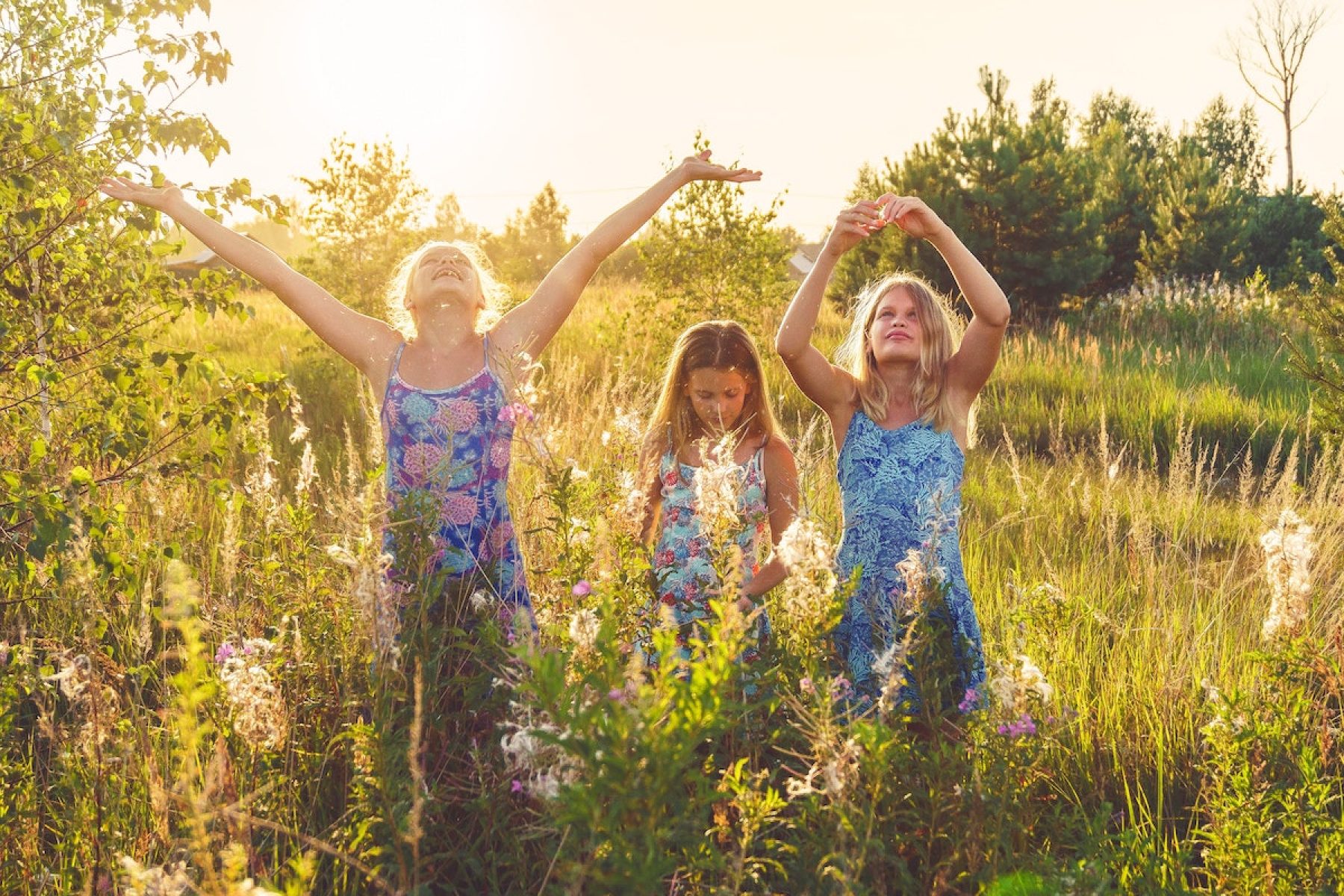 What went right this week: all hail citizen science, plus more positive news

The UK’s national parks called on visitors to embrace citizen science, there were signs the EU’s carbon footprint is shrinking, and a woman’s sight was saved by a robot, plus more

The UK’s national parks called on visitors to embrace citizen science, there were signs the EU’s carbon footprint is shrinking, and a woman’s sight was saved by a robot, plus more 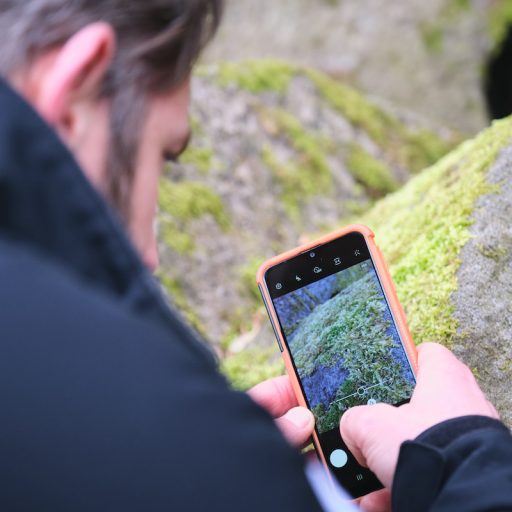 Amateur ecologists were this week invited to embrace their inner Chris Packham, by taking part in a citizen science project to help boost biodiversity in the UK’s national parks.

Restrictions on international travel are expected to bolster turnout in the country’s already popular conservation areas this summer. Those planning a trip are being invited to map and record the species that they spot via the free Look Wild app. The data will be used to “enhance landscapes”.

Tony Gates, chief executive of Northumberland National Park Authority, said: “One of the undoubted silver linings of the past difficult year has been how people have valued and sought out a connection with the countryside. The Look Wild project will take the connection a step further. Together we will help the natural environment to thrive.”

Two other UK citizen science projects launched this week: one to track beetles, another to count splattered insects on car registration plates. The data will help scientists understand bug populations. 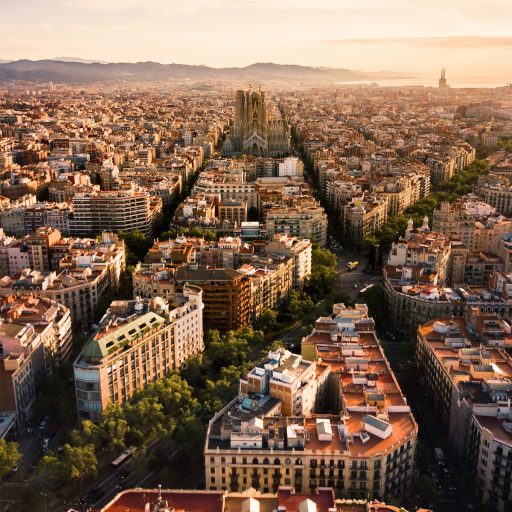 There were signs this week that the EU’s carbon footprint may have started to shrink. Data from the European Environment Agency (EEA) revealed that the bloc’s greenhouse gas emissions fell by nearly four per cent in 2019.

The EEA said about 80 per cent of the reduction was from the heat and power sector. Since 2019, the bloc has gone on to break renewable energy records, offering hope that the fall could be start of a trend.

However, the overall reduction masks rising emissions from transport. Greenpeace called on the EU to phase out combustion engines, short-haul flights and aviation subsidies to help the bloc meet its climate targets, which campaigners argue are not ambitious enough.

News of the EU’s emissions fall came as nations began three weeks of online UN climate negotiations, ahead of the COP26 climate talks later this year. 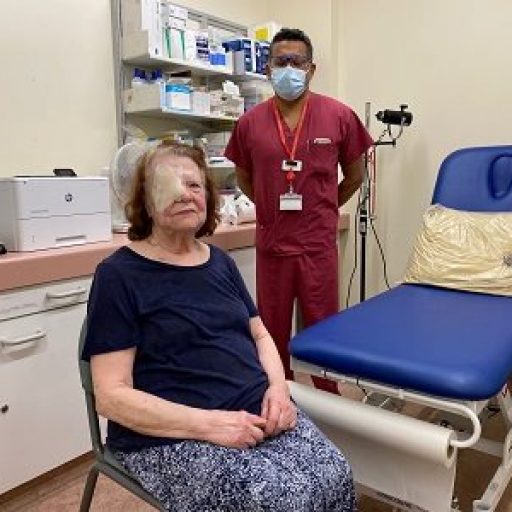 A woman’s sight was saved by a robot

A woman who faced the prospect of losing her eye to cancer has kept her vision thanks to innovative robotic surgery.

Irene Milton, 85, had a recurrent basal cell carcinoma in her right eye. She was previously told that she would have to have the eye removed.

However, in a world first, surgeons at Moorfields Eye Hospital and Guy’s and St Thomas’ NHS foundation trust removed the tumour using a robot, saving her eye. The robot was guided by surgeons, and equipped with tiny tools to perform the procedure in a minimally invasive way.

Milton, a grandmother of seven from Bedford, said: “I am so pleased at the outcome. It’s nice to know that you’re never too old to have anything done, especially pioneering surgery.” 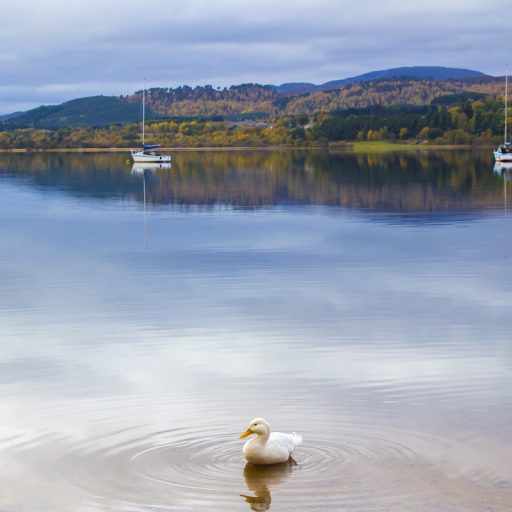 A plan was hatch to un-loch Scotland’s solar potential

The idea of Scottish solar power might seem like an oxymoron – the nation has a hard-earned reputation for grey skies. However, researchers at Glasgow Caledonian University believe that the country has huge solar potential, and this week unveiled a plan to capture it: by floating solar panels on lochs.

The university is conducting a study to identify sites where floating solar installations could have the greatest potential, while minimising visual impact. Scotland’s rugged terrain poses challenges for conventional, land-based solar farms.

Dr George Loumakis, who is leading the study, said: “By using water bodies such as lochs, we can gain precious space and help Scotland reach its renewable energy targets.” 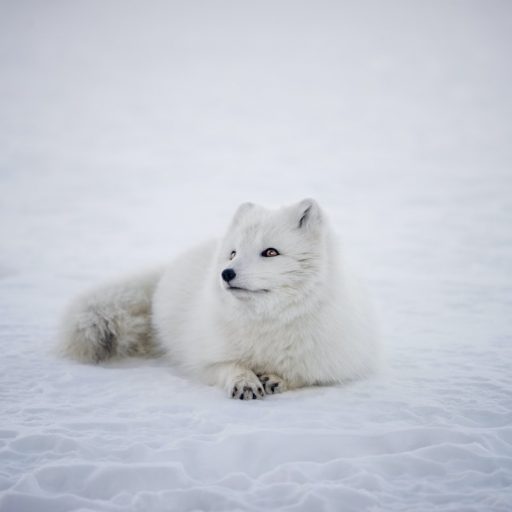 The Biden administration announced on Tuesday that it will suspend all oil drilling leases in the Arctic National Wildlife Refuge in Alaska, blocking the previous government’s attempts to exploit the 19m-acre wilderness.

In the dying days of his presidency, Donald Trump opened the bidding for oil exploration leases in the wildlife refuge. The auction generated just $14.4m (£10.2m); much lower than the $1.8bn (£1.3bn) that had been expected.

This week’s announcement was welcomed by climate campaigners, who were highly critical of Biden’s recent decision to back a separate oil project in Alaska, and for not closing the controversial Dakota Access pipeline. 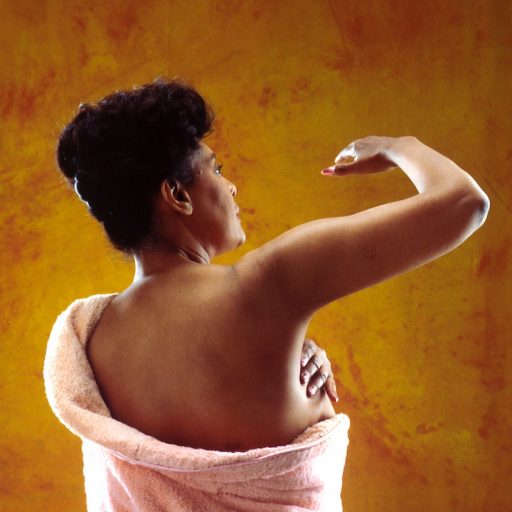 Catching cancer early is key to improving patient outcomes. Enter CoppaFeel!, a UK breast cancer awareness charity, which on Wednesday launched a toolkit to help people “get to know their chests”.

Breast cancer accounts for 44 per cent of cancer diagnoses among women in the UK. Men can also get the disease. CoppaFeel!’s free, online Self-Checkout service guides people through practices that can help them identify changes in their chests.

Claire McDonald, a trustee at the charity, said: “The Self-Checkout will help us embed behaviours that will save lives now and in years to come.”

CoppaFeel! was founded by Kris Hallenga after she was diagnosed with terminal cancer. In an interview earlier this year, Hallenga told Positive News about the things she had learned living with cancer. 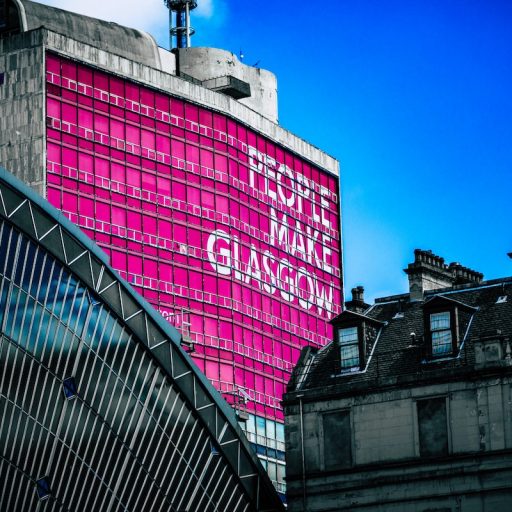 Plans for an ‘urban forest’ in Glasgow were unveiled

An ‘urban forest’ is to be created in Glasgow over the next decade. Councils in the city have agreed to plant 18m saplings – the equivalent of 10 trees per resident.

Those behind the Clyde Climate Forest (CCF) say the project would boost tree cover in the city from 17 to 20 per cent. A fifth of the city’s outlying rural landscape will also be forested as part of the initiative.

Susan Aitken, leader of Glasgow city council, said: “The pandemic has brought into focus like never before the value of local spaces as places to exercise, de-stress and engage with nature, and this project can help to deliver the green recovery.” 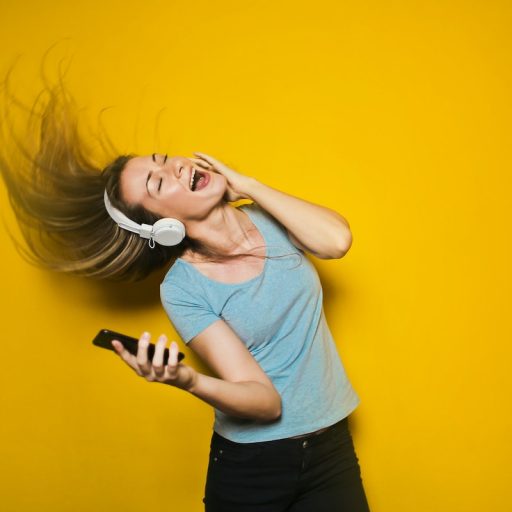 Anyone can sing, said those behind a new show

Does your singing sound like an animal in distress? Then Sky Arts and the English National Opera (ENO) want to hear from you: the organisations are launching a show to prove that everyone can hold a tune.

Anyone Can Sing will see six participants put through their paces by ENO voice coaches, who will coax dulcet tones from discordant screeching. It follows research which has found that singing can be good for you.

Annilese Miskimmon, the ENO’s artistic director, said: “With the amazing support of top opera stars, we’re going to prove that anyone can sing. Opera is all about the drama, the emotion, and the passion, so what could be more dramatic and exhilarating than going from singing in the shower to hitting the highest of musical notes?”

Casting is now under way, and bad singers can apply here. 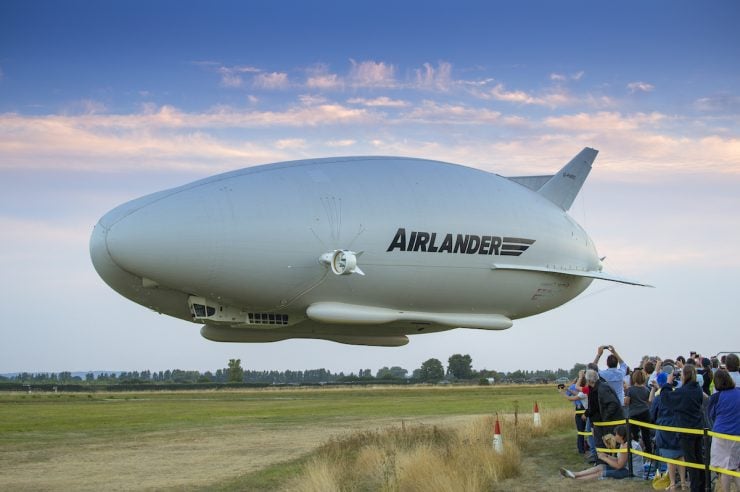 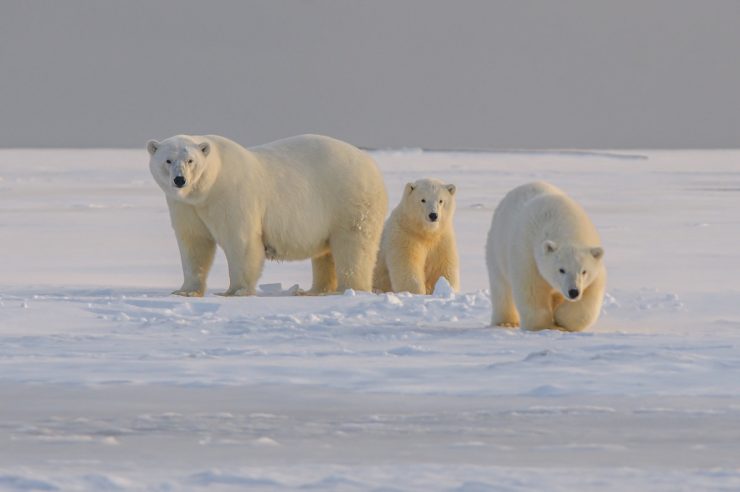 What went right this week: redefining the ‘big five’, plus more positive news The ‘big five’ was rebooted in the name of conservation, the UK unveiled plans to protect peatlands, plus more highlights Conservation Culture Energy Environment Justice Society 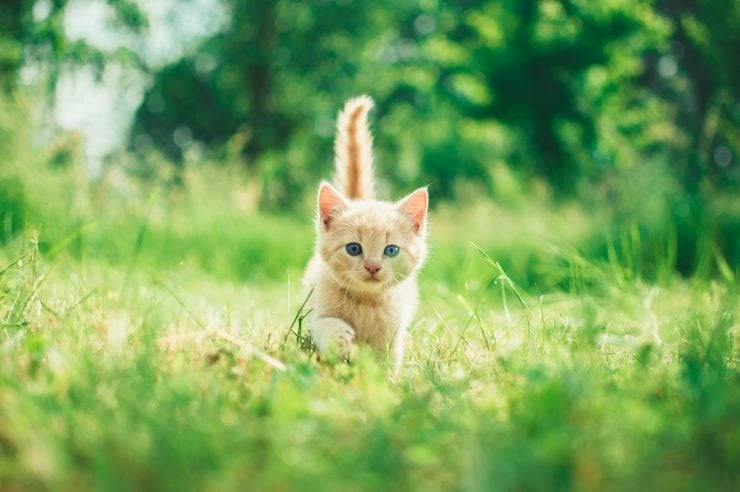