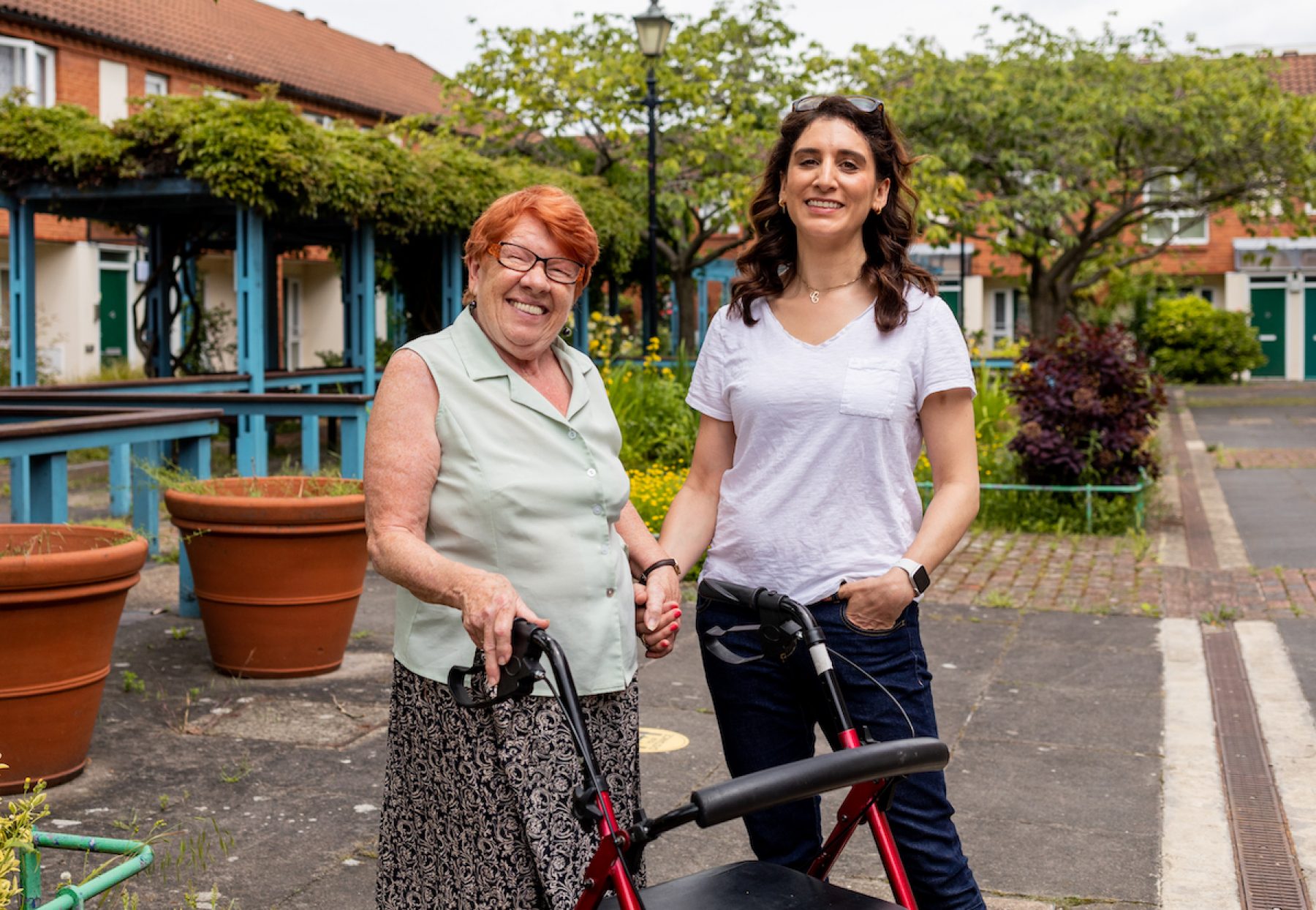 Meet the friends who are finding joy in the age gap

From learning about flowers to unlocking the secrets of life, intergenerational friendships bring many benefits, say these unlikely chums

From learning about flowers to unlocking the secrets of life, intergenerational friendships bring many benefits, say these unlikely chums

Claire and Chrissie (main picture, above) met through South London Cares, a charity that tackles loneliness and isolation by bringing older and younger neighbours together. They speak on the phone and go for walks in the local park. Within only a few months of knowing each other, they say they felt like old friends, regularly ‘crying with laughter’ over the same jokes.

What have you learned from Chrissie?

She uses a mobility scooter to get around a lot and it’s made me much more aware of my able-bodied privilege.

She just has no respect for authority and refuses to conform to any stereotype – I love that.

She has the filthiest mouth on her. But she’s also a member of the Salvation Army. I just find she’s this beautiful contradiction.

How does Chrissie inspire you?

Chrissie epitomises the opposite of what people expect women to have done in a certain number of ways, but she has an amazingly full life and a great many friends. The choices she has made haven’t made her life smaller.

From a societal point of view, younger people have the potential to create change that will affect older people, and so they need to understand them. 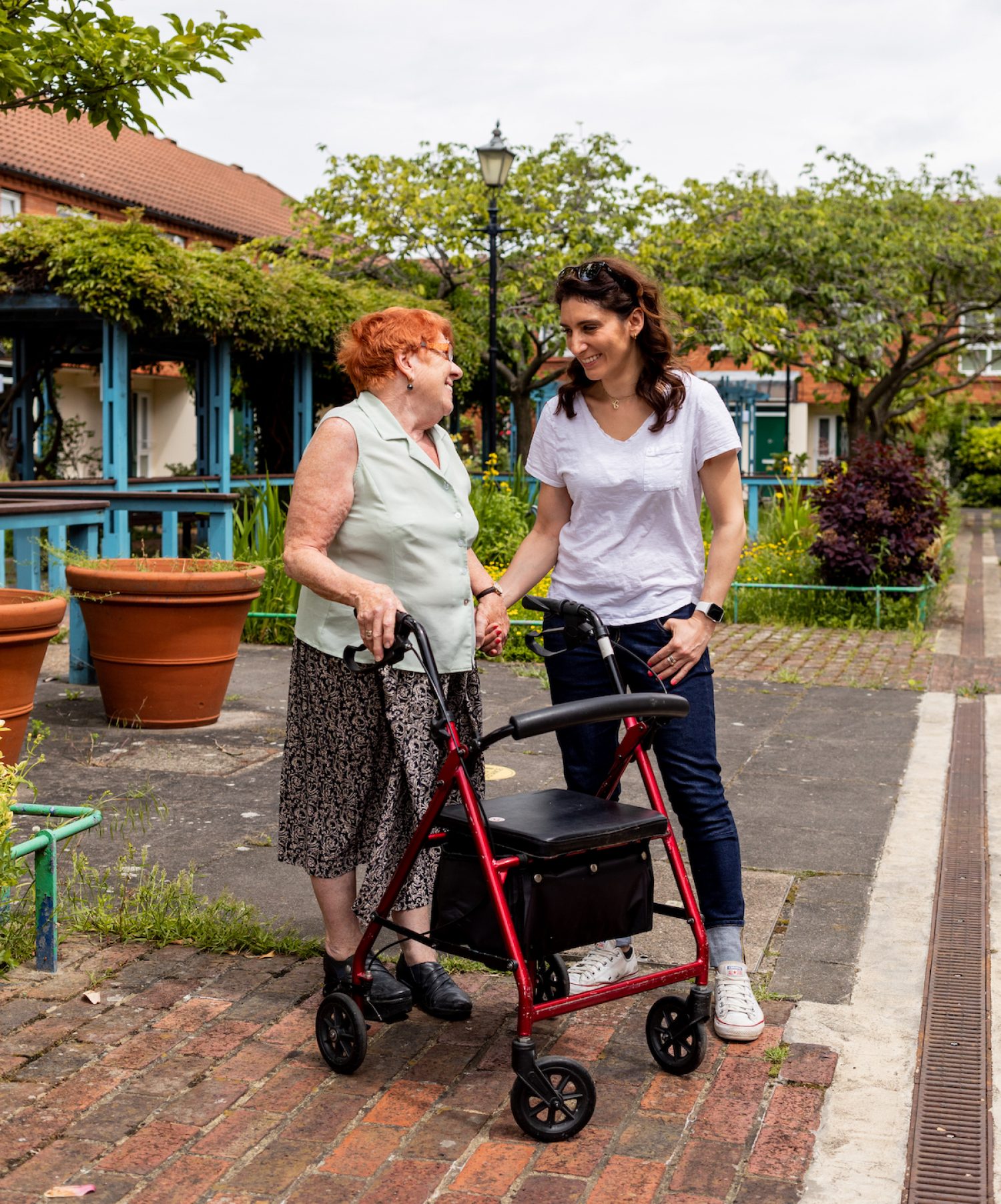 What have you learned from Claire?

A lot. We’ve become good friends – we’re like sisters! When my mobile’s gone wonky, she fixes it. She’s been there when I’ve needed it.

We can always have a laugh together. We’re very sarcastic.

Her friendship, her love. She’s someone I can rely on.

Looking back, what would you say to yourself when you were Claire’s age?

If I could go back, I’d do it all over again. I was a nurse – I loved helping people. I often didn’t get home till past midnight, but I enjoyed every bit of it. I’m 73 now but I can still touch my toes.

Lifelong ‘scouser’ Marie, and Tennessee, who is originally from Kent, were matched by the Liverpool Cares charity. Since being introduced in December, they have shared hours of phone calls. “We’re both comfortable with having deep conversations rather than basic chat,” says Tennessee. “We can’t wait for things to open up so that we have the option to do other things.” 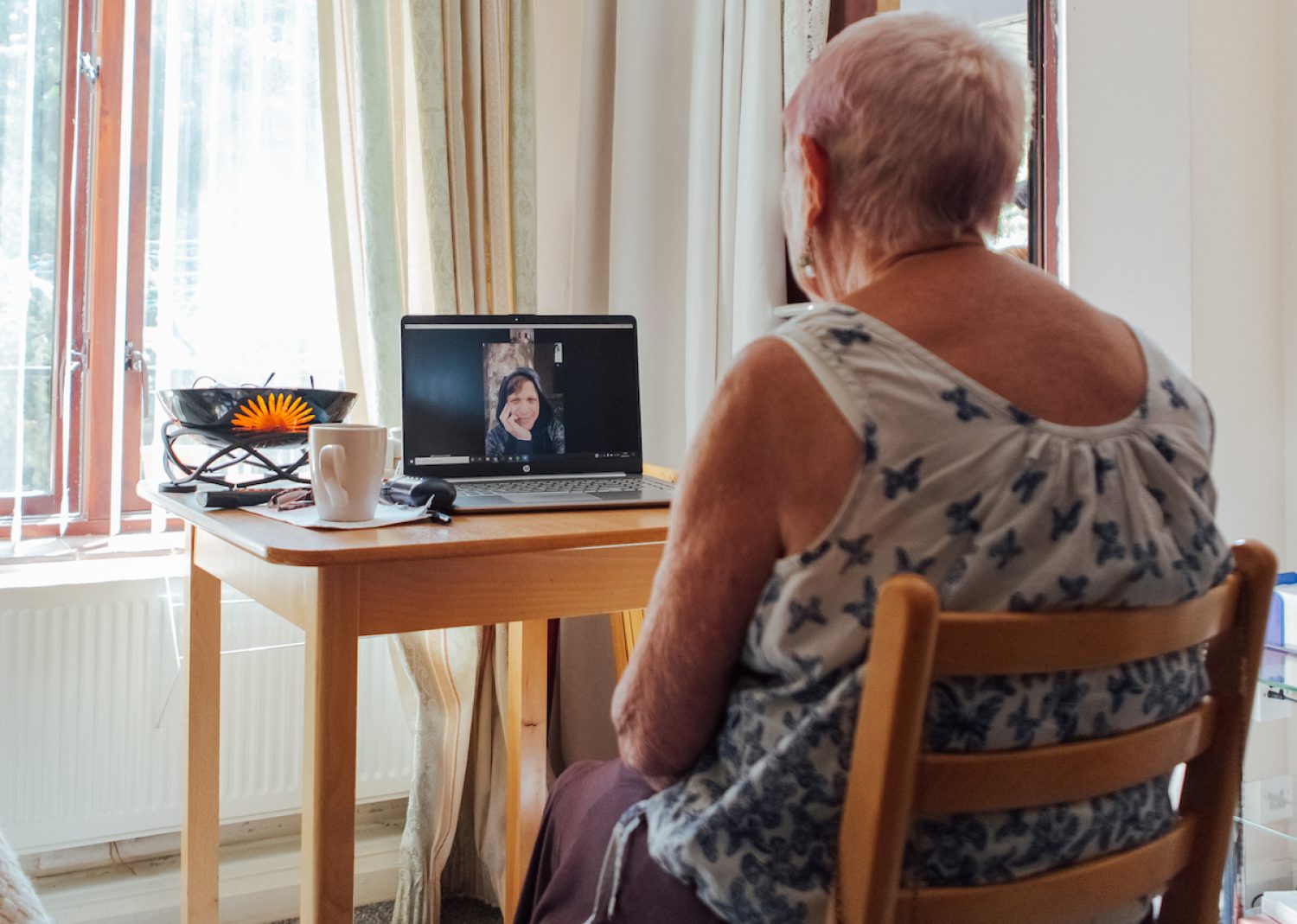 Marie having a video chat with Tennessee. Image: Helena Dolby

What have you learned from Marie?

She doesn’t want to talk about Kim Kardashian, which I’m happy with. Talking to her takes me away from the everyday conversations I have with people of my own age. It’s all about understanding. Through her, I’ve learned about a time that I haven’t lived through.

We share what we want to share. There’s none of the baggage with a new friendship like ours – we’re both seeing each other in our best possible lights.

I love her stubbornness. Now and again, she’ll drop in a perfectly timed swear word, and I still laugh, because I never expect it.

How would you like to be when you’re Marie’s age?

She’ s the person I think I’m going to be when I’m older. I’ll still be going out by myself when I’m told not to. Marie’s her own wagon: she gets out and goes!

With a big age gap, you’re both going to have really different views. It’s refreshing to be able to meet in the middle. 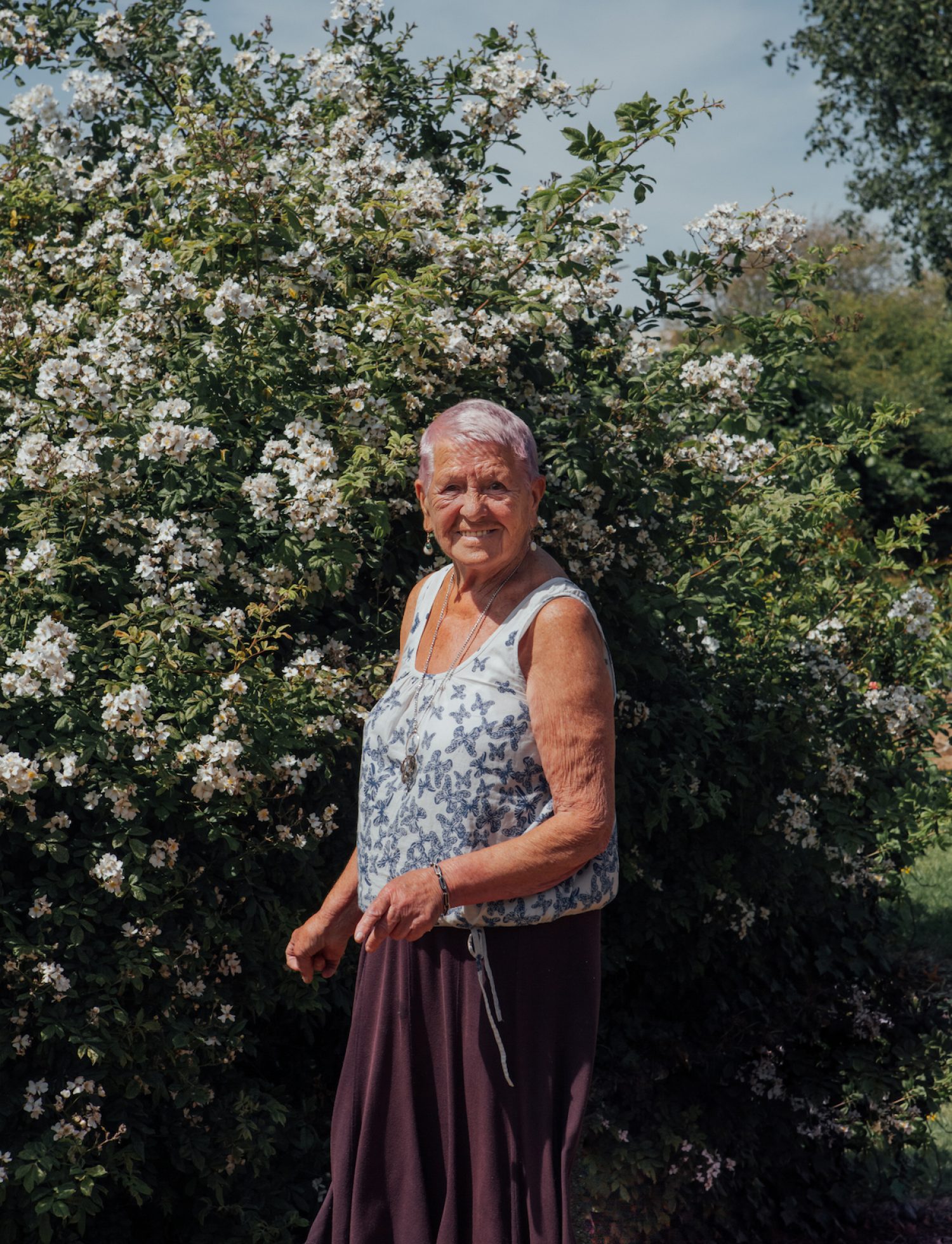 ‘Money doesn’t bring great happiness. Happiness has got to be in you,’ says Marie. Image: Helena Dolby

What have you learned from Tennessee?

He just talks nice. He doesn’t give me any patter, any toffee. He’s so genuine and so polite.

I couldn’t say one wrong thing about him, and I’ve known him a good while now. He rings me up just like I’m an old friend.

What would you say to yourself when you were Tennessee’s age?

To just make the most of what you have while you’re here. Money doesn’t bring great happiness. Happiness has got to be in you.

Nothing surprises me now that I’m at this age. But feeling respect over the telephone from a complete stranger? It’ s something you can’t buy. It’s just lovely.

Ben and Wendy met through the Share and Care Homeshare community interest company. It matches older people who need help to live independently in their homes with people who are looking for somewhere affordable to live. “The winter lockdown definitely brought us closer,” says Ben. “It started 10 days after I moved in, and for the next five months we were practically a married couple.” 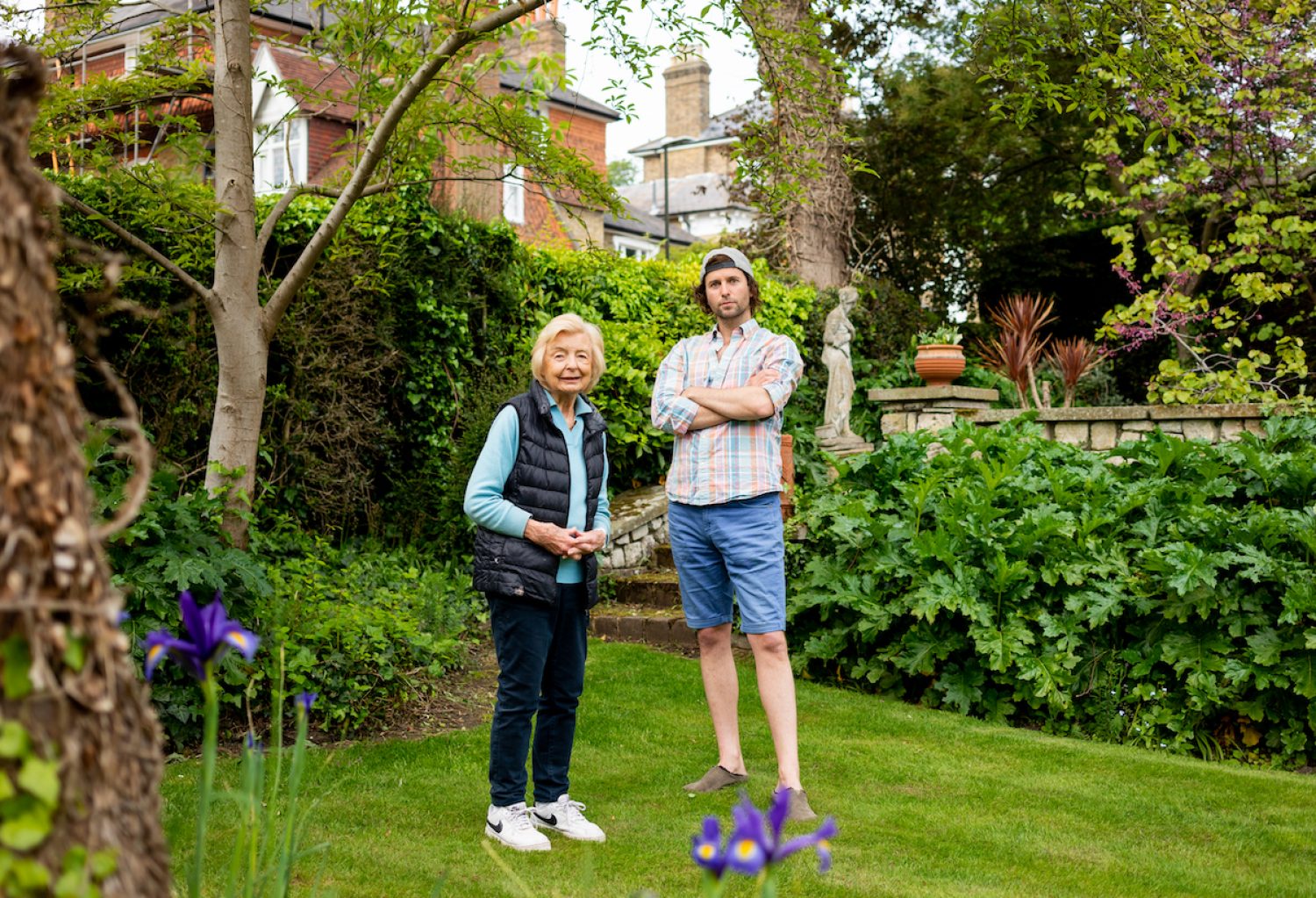 What have you learned from Wendy?

She’s taught me the names of all the trees and flowers in the garden. And in the kitchen, she’s taught me to put about half a kilo of salt in everything.

Wendy has 50 years on me and in 50 years, you develop preferences and ways of doing things. The onus is on me to be flexible and open-minded.

She always eats standing up: it’s a sense of being ready to face whatever the world throws at her.

Where do you see yourself being when you’re Wendy’s age?

Having an established sense of place and home. And if I was 84, I would be pleased if I hadn’t smoked since I was 35.

Because we’ve lived such different lives, we have different things to talk about. It’s a mutually stimulating dynamic. 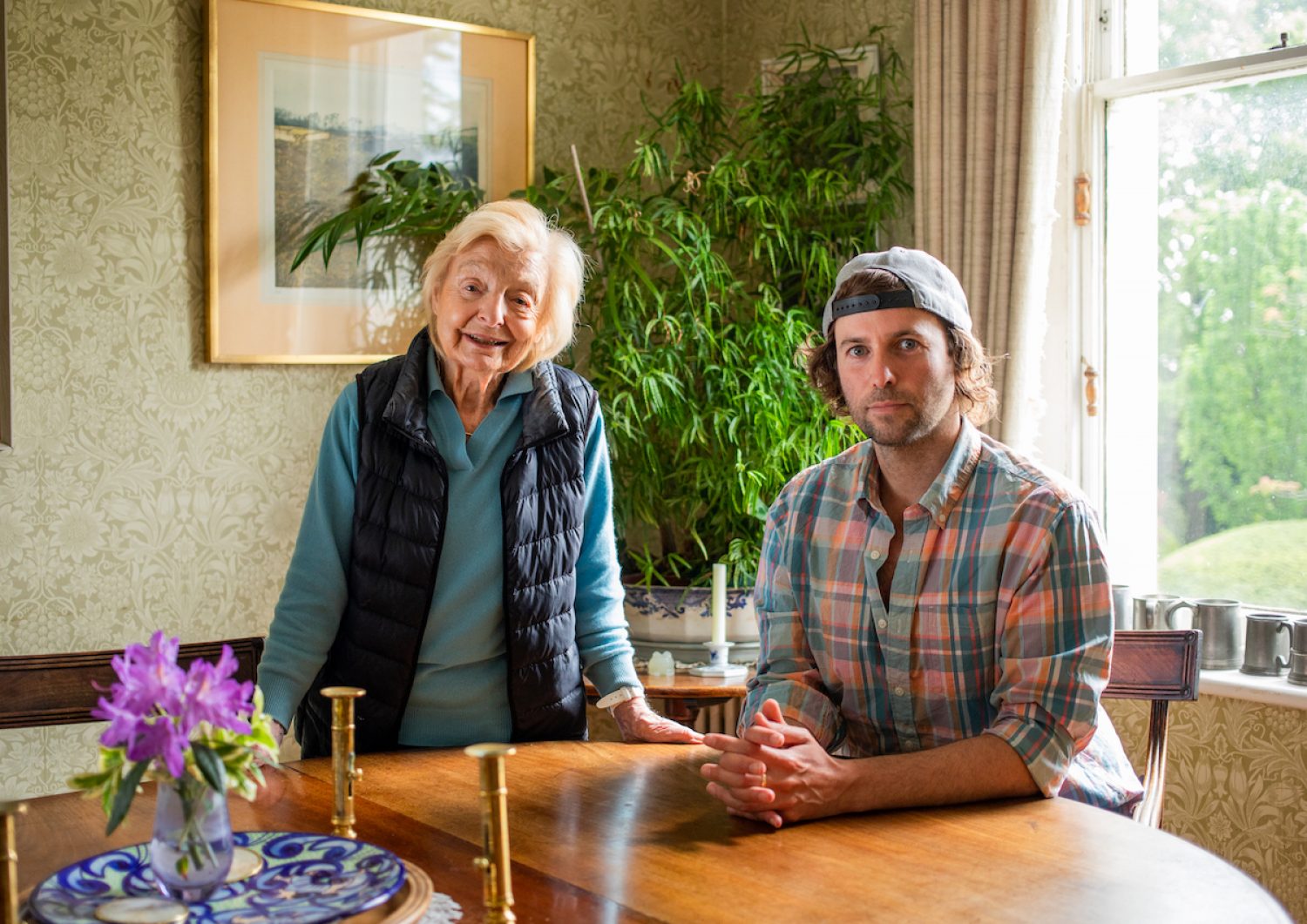 ‘It is much more fun having people who are young and jolly around than elderly and mopey,’ says Wendy. Image: Sam Bush

What have you learned from Ben?

He’s a man with patience, I must say. He can certainly break into the internet, for which I am deeply grateful.

It is much more fun having people who are young and jolly around than elderly and mopey. Mopey is not something I’m very good at.

He is very organised, it strikes me. But I don’t feel pressured to be the same. He probably does a great big sigh on his own!

What were you doing when you were Ben’s age?

When I was 35, I had a completely different life. My husband and I were married for over 60 years. We were so lucky to meet so young and to have that solid base to memorise.

As you get older, you want more people in your life, not fewer. One is more dependent than one realises. 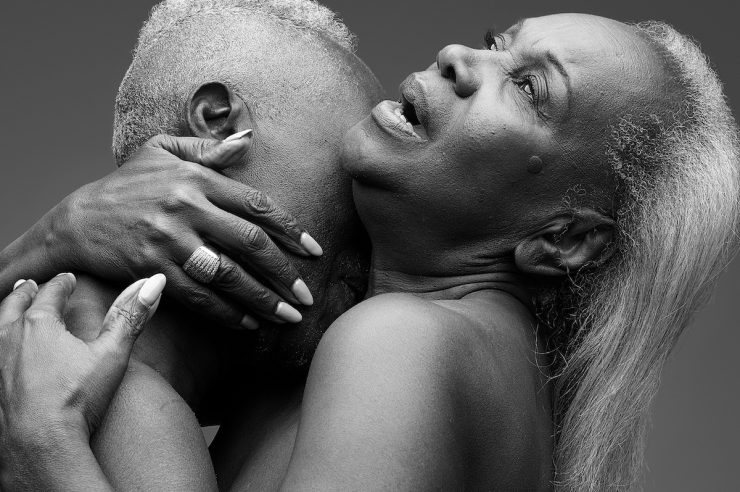 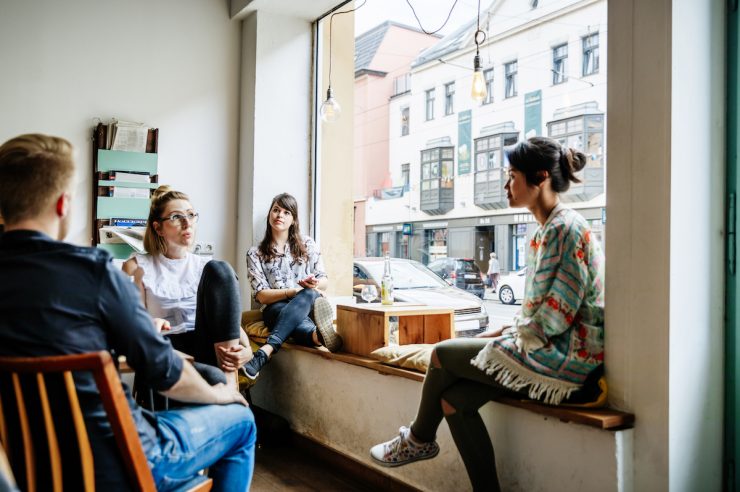 Introducing ‘climate cafes’, where you drink tea and talk global warming All around the world, people are coming together to talk about the climate crisis over hot drinks and baked goods Body & Mind Environment Health Wellbeing 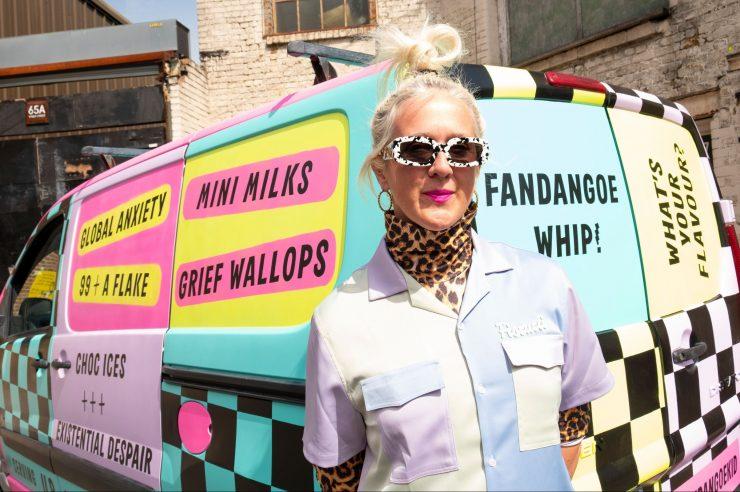