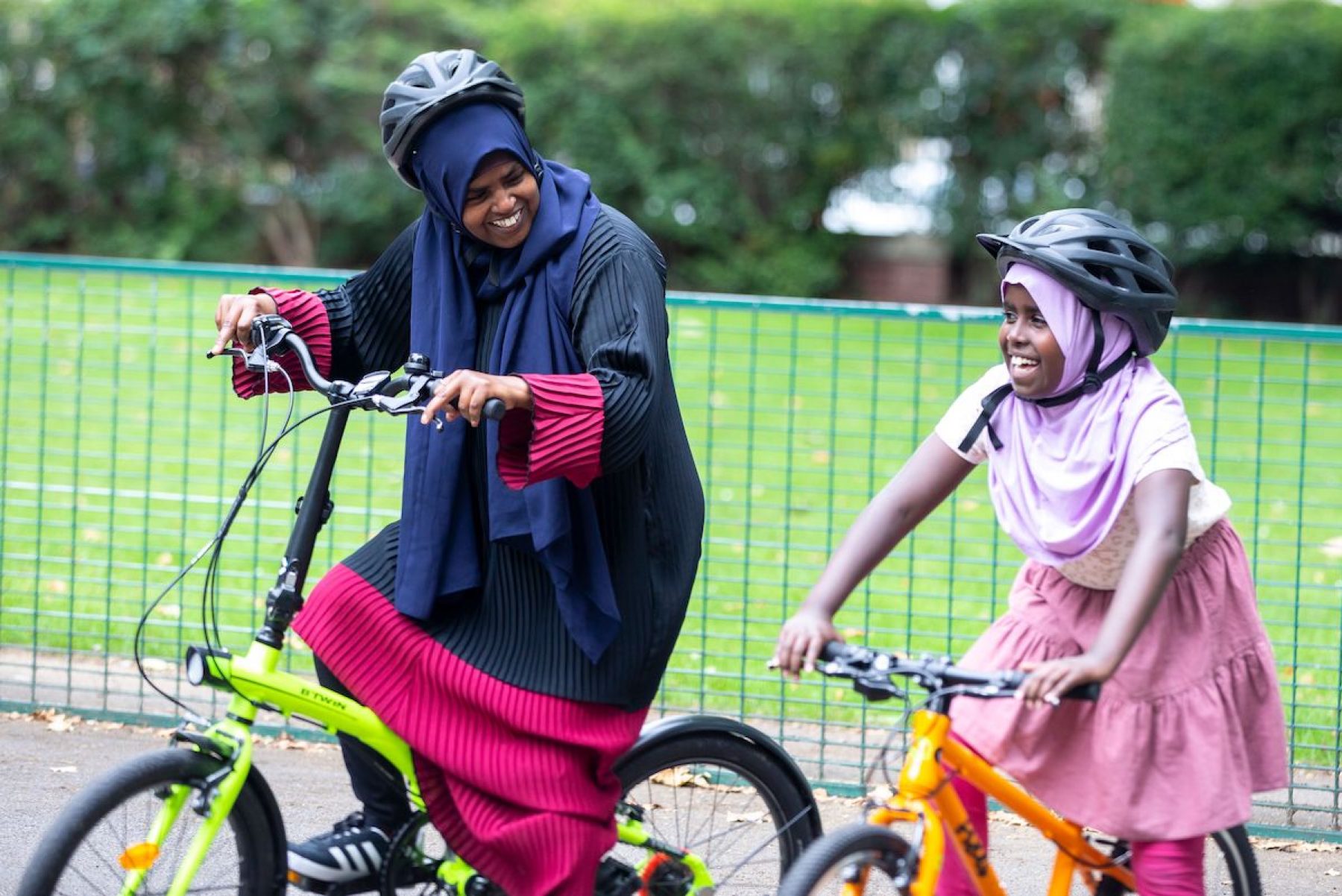 A bicycle library has opened in an empty shop in London

Residents can borrow bikes for free, and take part in guided rides to build confidence. The idea is to break down the barriers that prevent many people from cycling

Residents can borrow bikes for free, and take part in guided rides to build confidence. The idea is to break down the barriers that prevent many people from cycling

London’s cycle superhighways and popular bike hire scheme, coupled with a realisation that cycling is the fastest way to get across the city, have put the wheels in motion for a pedal-powered revolution in the English capital. But while more people are jumping in the saddle, many still lack the confidence, knowledge and equipment to get riding.

The month-long pilot is a partnership between the environmental charity Hubbub, Poplar Harca housing association, and the walking and cycling charity Sustrans. The idea is to break down the barriers that prevent people from cycling in London, including access to equipment and concerns about safety. Those behind the project hope it will inspire similar initiatives elsewhere.

“Cycling offers many benefits towards creating sustainable and thriving neighbourhoods – from providing a low-cost way to travel, to reducing our carbon footprint and increasing our fitness levels,” said Babu Bhattacherjee, director of communities and neighbourhoods at Poplar Harca.

“But a lack of access, storage and confidence can all be barriers in getting people in Poplar on to bikes. That’s why initiatives such as this, that give opportunities for residents to borrow and learn about bikes, are essential if we want to encourage more cycling in our communities.”

The bicycle library was inspired by other cycling projects in London, including Cycle Sisters, a charity that helps Muslim women find the confidence to get on a bike. Research has found that women, particularly those from minority backgrounds, are less likely to see cycling as an option for them and their families. 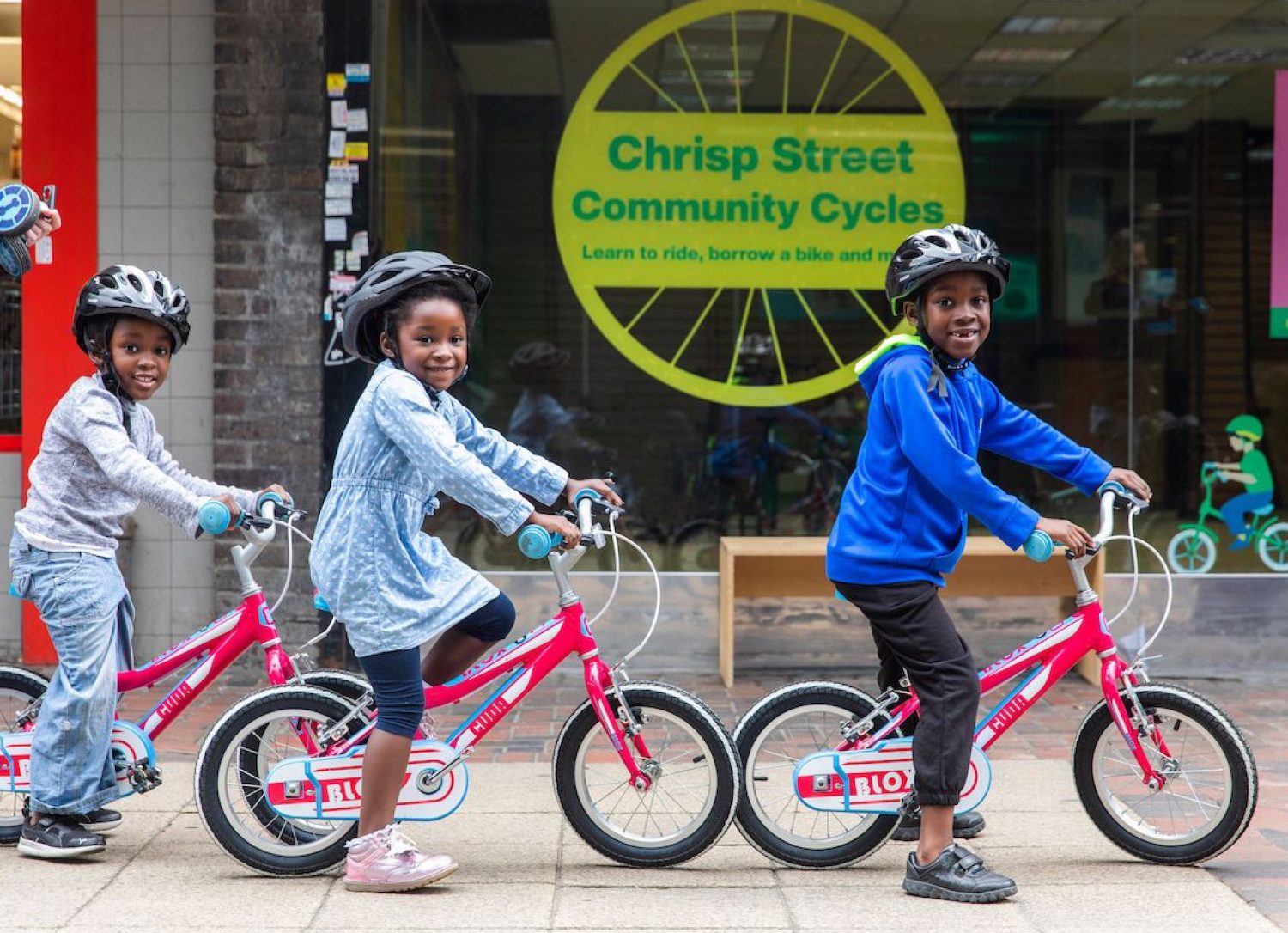 One Tower Hamlets resident, who gave her name as Sangeeta, said the hub had helped her son gain the confidence to ride a bike he hadn’t been using.

“A year ago, my son’s bike was sitting at home gathering dust because he didn’t know how to ride it. The hub has helped him. The cycle experts there make sure his bike is adjusted for his fit and comfort. Now, when my son rides his bike, kids are looking, admiring. I wish for other kids to do it.”

The bicycle library has also helped Sangeeta become more confident in the saddle. So much so that she now cycles to work. “For me, being able to book free cycling lessons, learn about bike safety and maintenance has been game-changing. If you’re rusty like me, you can learn to ride.” 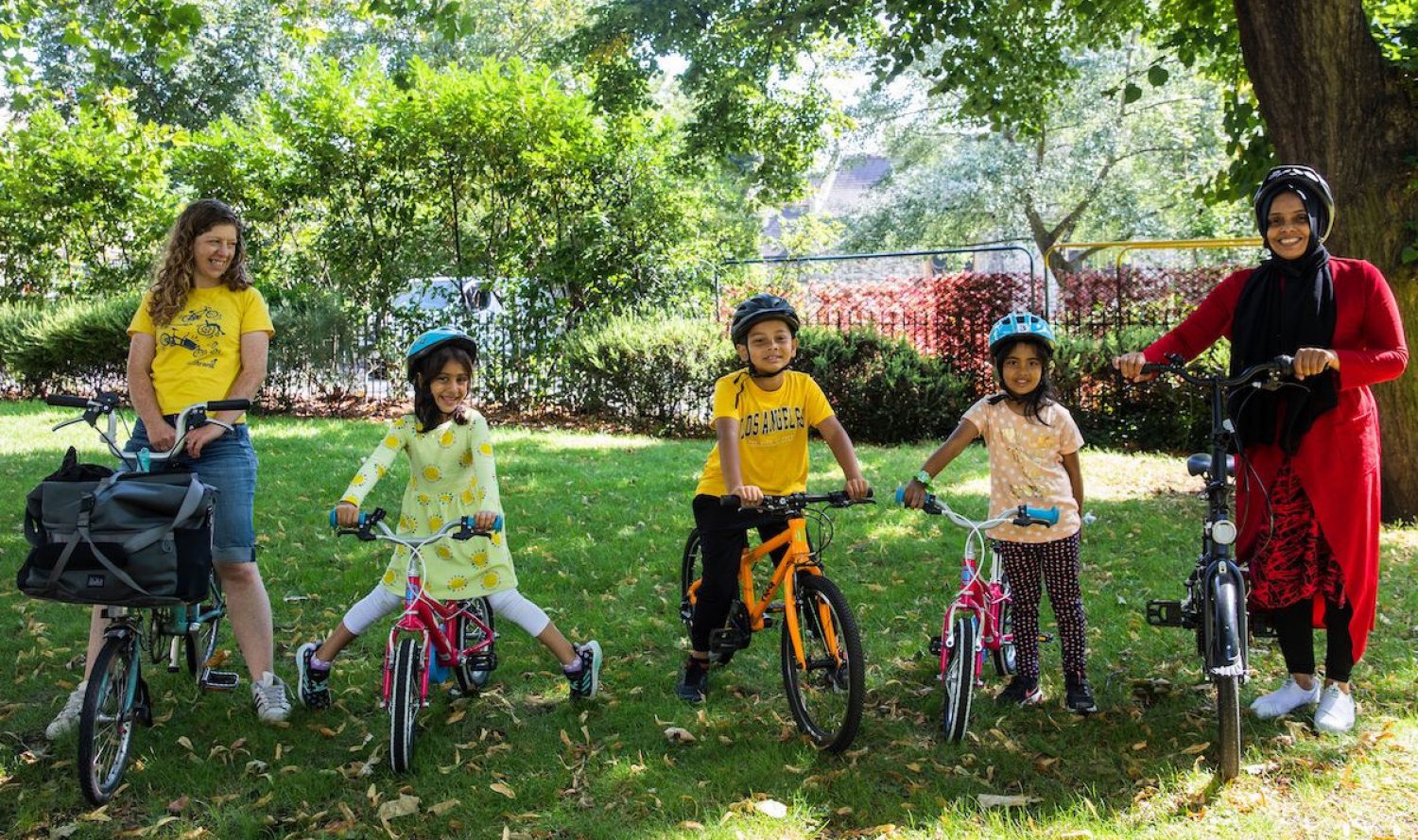 The UK government wants half of all journeys in towns and cities to be cycled or walked by 2030, as set out in its Decarbonising Transport report. Covid lockdowns have helped the country move towards that target. According to Strava, the running and cycling app, the number of miles travelled by bike in London increased by more than 35 per cent between February 2020 and February 2021.

“Cycling not only helps tackle climate change but it improves air quality, health and wellbeing, tackles congestion and reduces noise pollution on our roads,” said Trewin Restorick, CEO of Hubbub. “Every part of the community should have an opportunity to enjoy what cycling has to offer. We look forward to sharing the learnings of this pilot with other organisations keen to support community cycling schemes.” 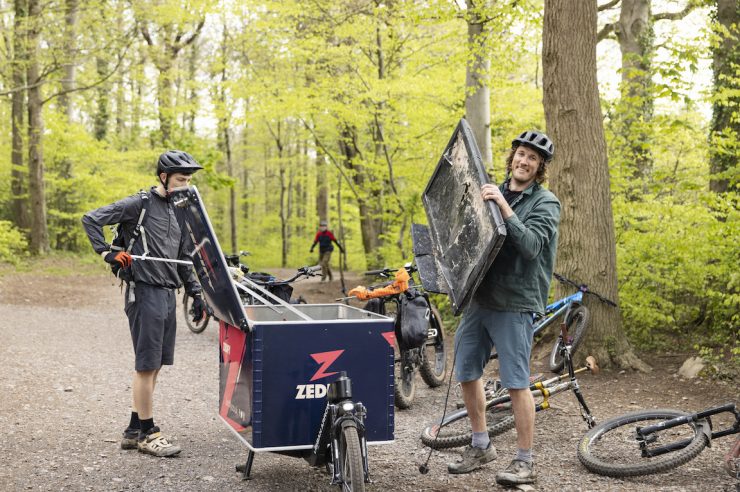 Meet the hikers and bikers who are keeping the UK countryside clean How a mountain bike enthusiast inspired a community of cyclists, hikers and runners to collect litter from the countryside Conservation Environment Society Sport Wellbeing 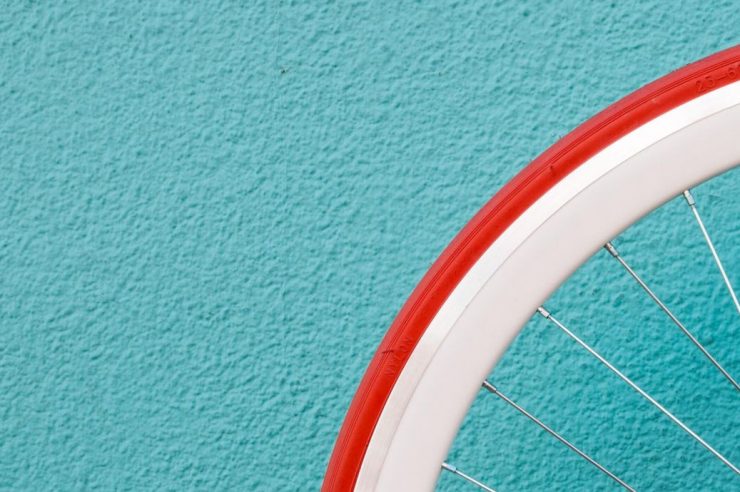 Moving up a gear: one charity’s plan to keep the UK on two wheels An estimated 1.3m bikes were bought during lockdown in the UK. One charity has a plan to keep people on them Environment Health Lifestyle Wellbeing

On yer bike: the new directory for businesses that deliver by bicycle Demand for home deliveries is surging, which means more traffic and emissions. Or does it? Brought By Bike has a solution Environment Good Business Health Society
New issue out now