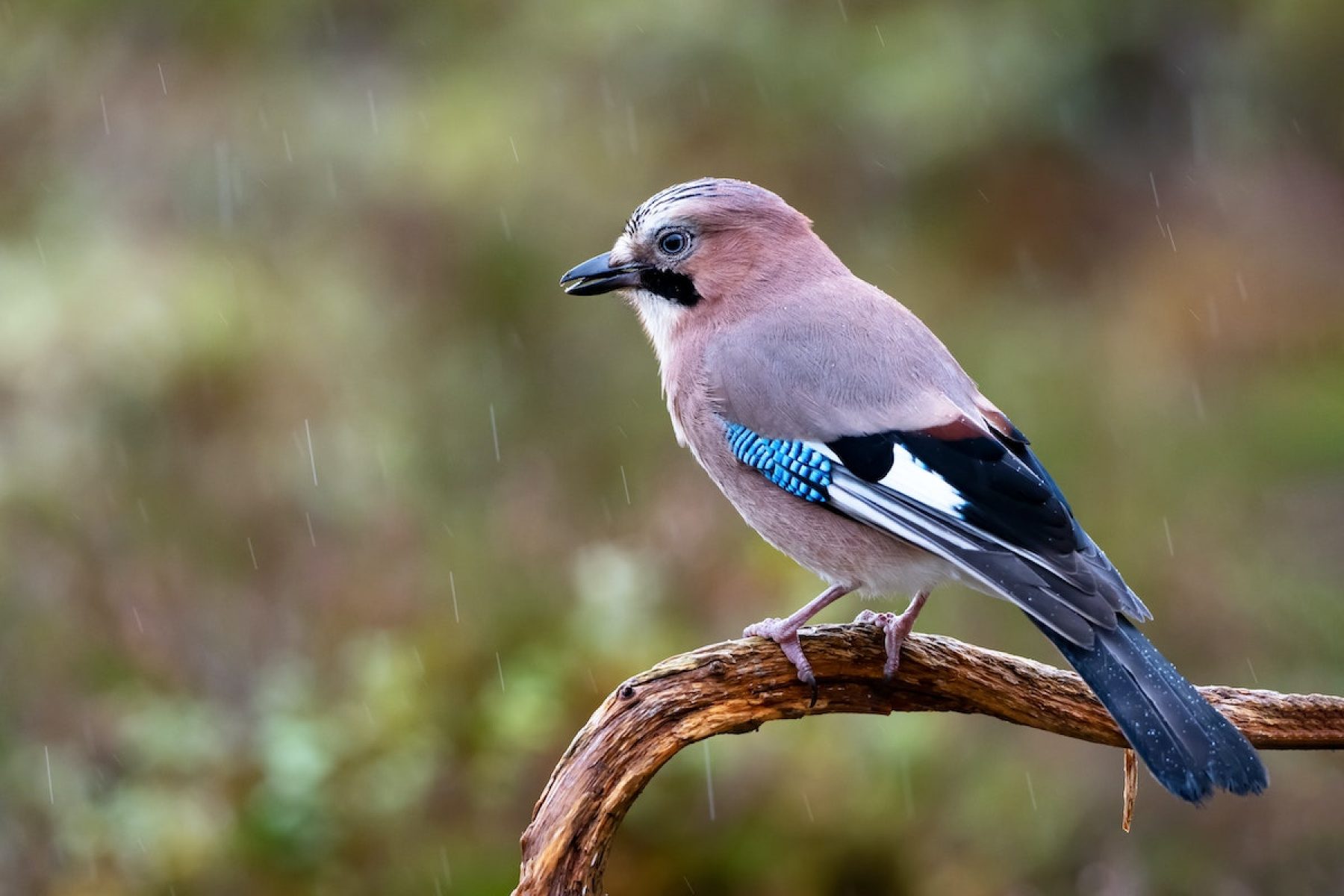 The Monks Wood Wilderness experiment was a rewilding study before the term existed. This is what we can learn from it

The Monks Wood Wilderness experiment was a rewilding study before the term existed. This is what we can learn from it

In the archive of the UK Centre for Ecology & Hydrology there is a typed note from the 1960s that planted the seed of an idea.

Written by Kenneth Mellanby, director of the Monks Wood Experimental Station, a former research centre in Cambridgeshire, UK, the note describes a four-hectare arable field that lies next to the station and the ancient woodland of the Monks Wood National Nature Reserve. After harvesting a final barley crop, the field was ploughed and then abandoned in 1961.

The note reads: “It might be interesting to watch what happens to this area if man does not interfere. Will it become a wood again, how long will it take, which species will be in it?”

So began the Monks Wood Wilderness experiment, which is now 60 years old. A rewilding study before the term existed, it shows how allowing land to naturally regenerate can expand native woodland and help tackle climate change and biodiversity loss.

How new woodland generates itself

A shrubland of thorn thickets emerged after the first 10 to 15 years. Dominated by bramble and hawthorn, its seeds were dropped by thrushes and other berry-eating birds. This thicket protected seedlings of wind-blown common ash and field maple, but especially English oak, whose acorns were planted by Eurasian jays (and maybe grey squirrels too) as forgotten food caches. It’s thought that jays were particularly busy in the Monks Wood Wilderness, as 52 per cent of the trees are oaks.

The intermediate shrubland stage was a suntrap of blossom and wildflowers. Rabbits, brown hares, muntjac deer and roe deer were all common, but the protective thicket meant there was no need for fencing to prevent them eating the emerging trees. Those trees eventually rose up and closed their canopy above the thicket, which became the woodland understorey.

The result is a structurally complex woodland with multiple layers of tree and shrub vegetation, and accumulating deadwood as the habitat ages. This complexity offers niches for a wide variety of woodland wildlife, from fungi and invertebrates in the dead logs and branches, to song thrushes, garden warblers and nuthatches which nest in the ground layer, understorey and tree canopy.

The Monks Wood experiment benefited from the field lying close to an ancient woodland, which meant an ample supply of seeds and agents for their dispersal – jays, rodents, and the wind. Such rapid colonisation of the land would be unlikely in more remote places, or where deer are superabundant. 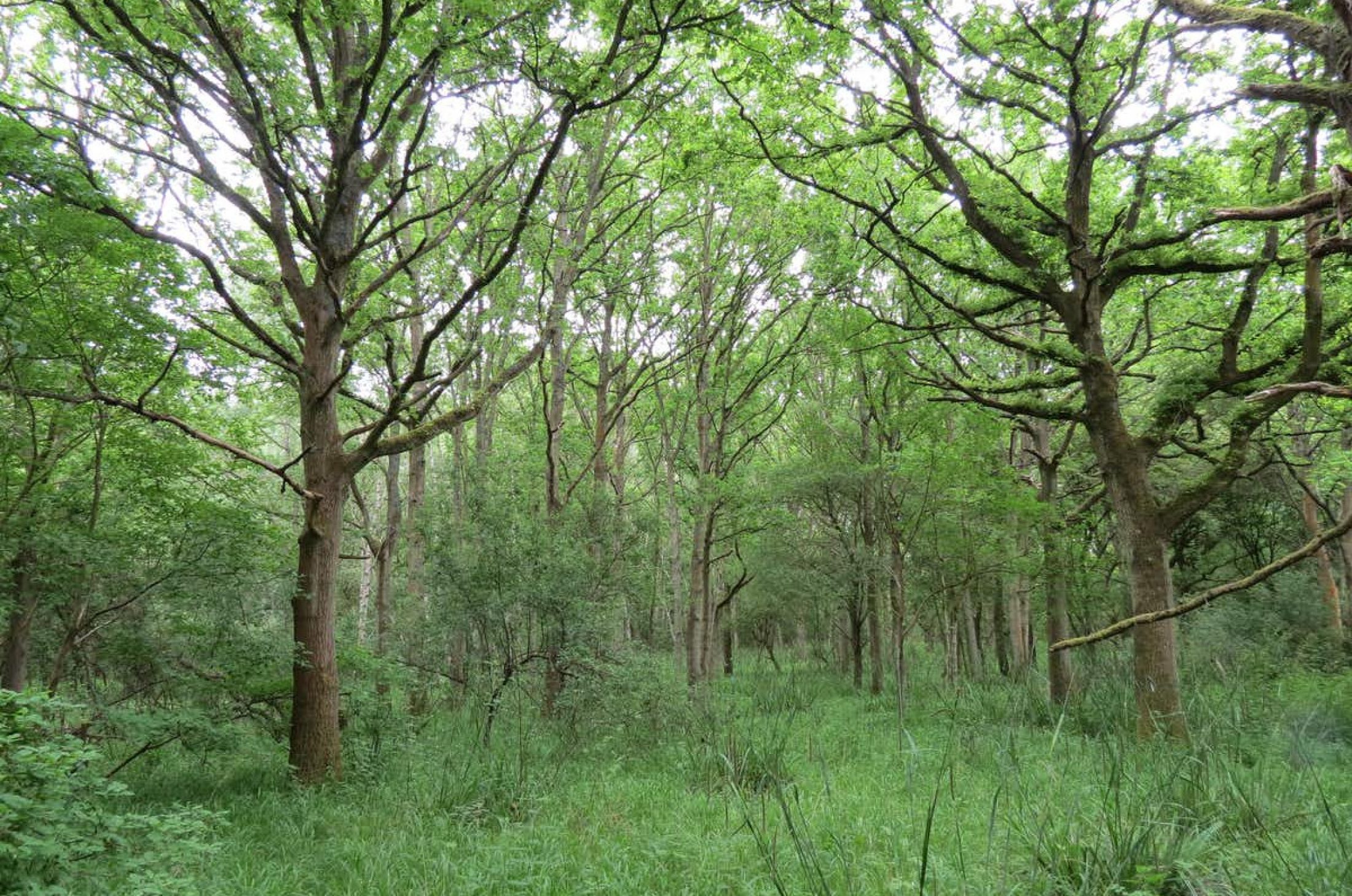 The site in 2021, after 60 years of natural regeneration. Image: UK Centre for Ecology & Hydrology

But there are many woods in the UK that could expand by allowing adjacent fields to return to nature. This would eventually add up to a significant increase in total woodland cover.

The UK is one of the least forested places in Europe, with just 13 per cent forest cover compared to an average of 38 per cent across the EU. Only half of the UK’s forest is native woodland, which sustains a wide variety of indigenous species. The rest is dominated by non-native conifer plantations grown for timber.

This situation is gradually changing. The UK government aims to create 30,000 hectares of new woodland each year until 2025, providing new habitat for wildlife and helping reach net zero emissions, as woodland stores more carbon than any other habitat except peatlands.

With the climate and biodiversity crises getting worse each day, there’s an urgent need to expand woodland fast. But how? Tree planting is the usual approach, but it’s costly. Saplings also have to be grown, transported, planted and protected with fencing and plastic tubes – that’s a lot of carbon emissions and potential plastic pollution, as tubes break down into the soil. 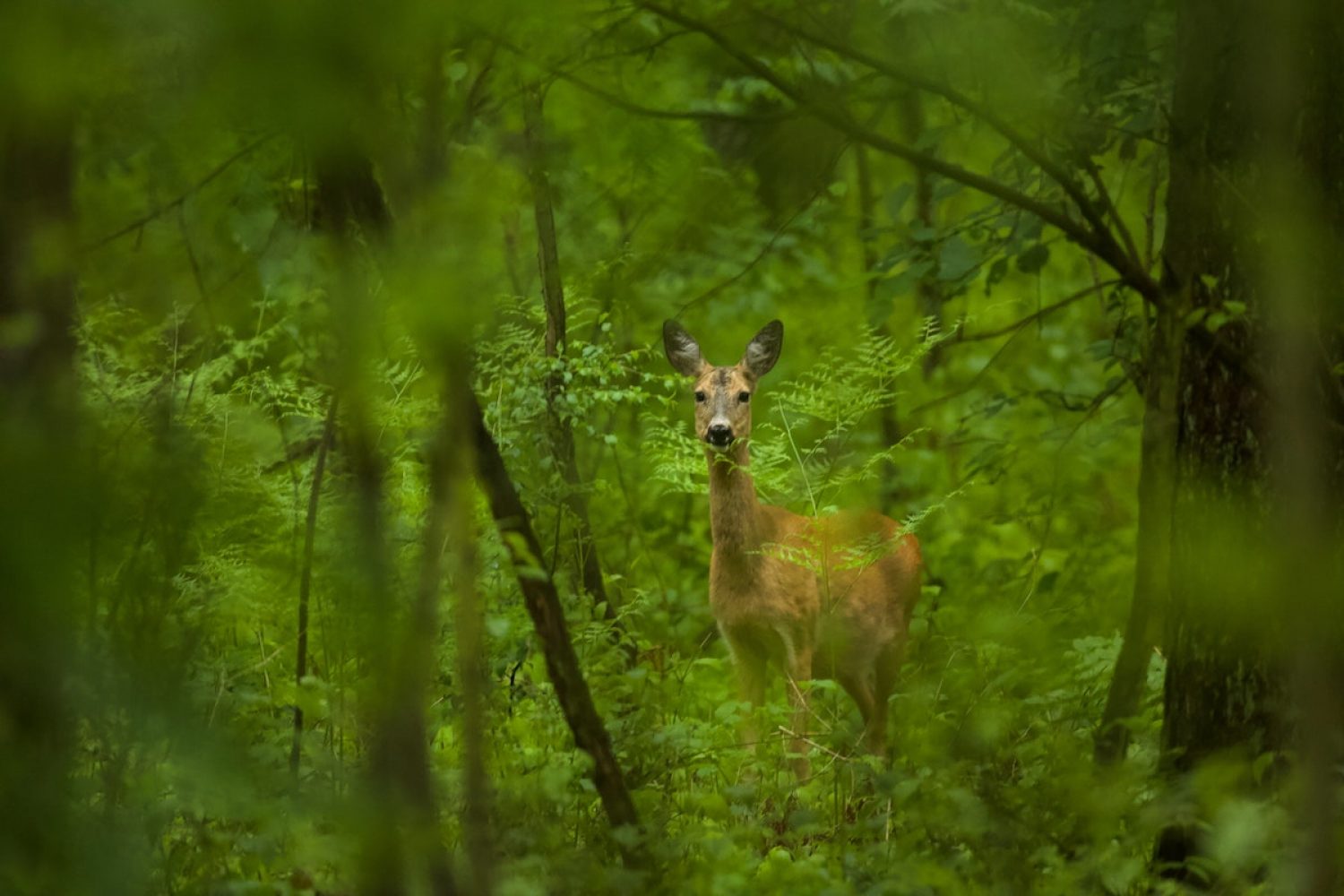 What about doing virtually nothing instead? Natural regeneration involves creating woodlands by allowing trees and shrubs to plant themselves under natural processes. It’s free and involves no plastic or nursery-grown saplings, which can introduce diseases. The result is woodland that’s well adapted to local conditions.

Allowing the land to naturally regenerate sounds exciting, but planners and ecologists need to know where this approach is likely to work best. How abandoned land turns into woodland is rarely documented, as it usually happens where people have walked away.

The Monks Wood Wilderness fills in this gap in our knowledge as an example of planned natural regeneration that has been monitored over decades, with a second two-hectare field (named the New Wilderness) added in 1996 to expand the experiment. 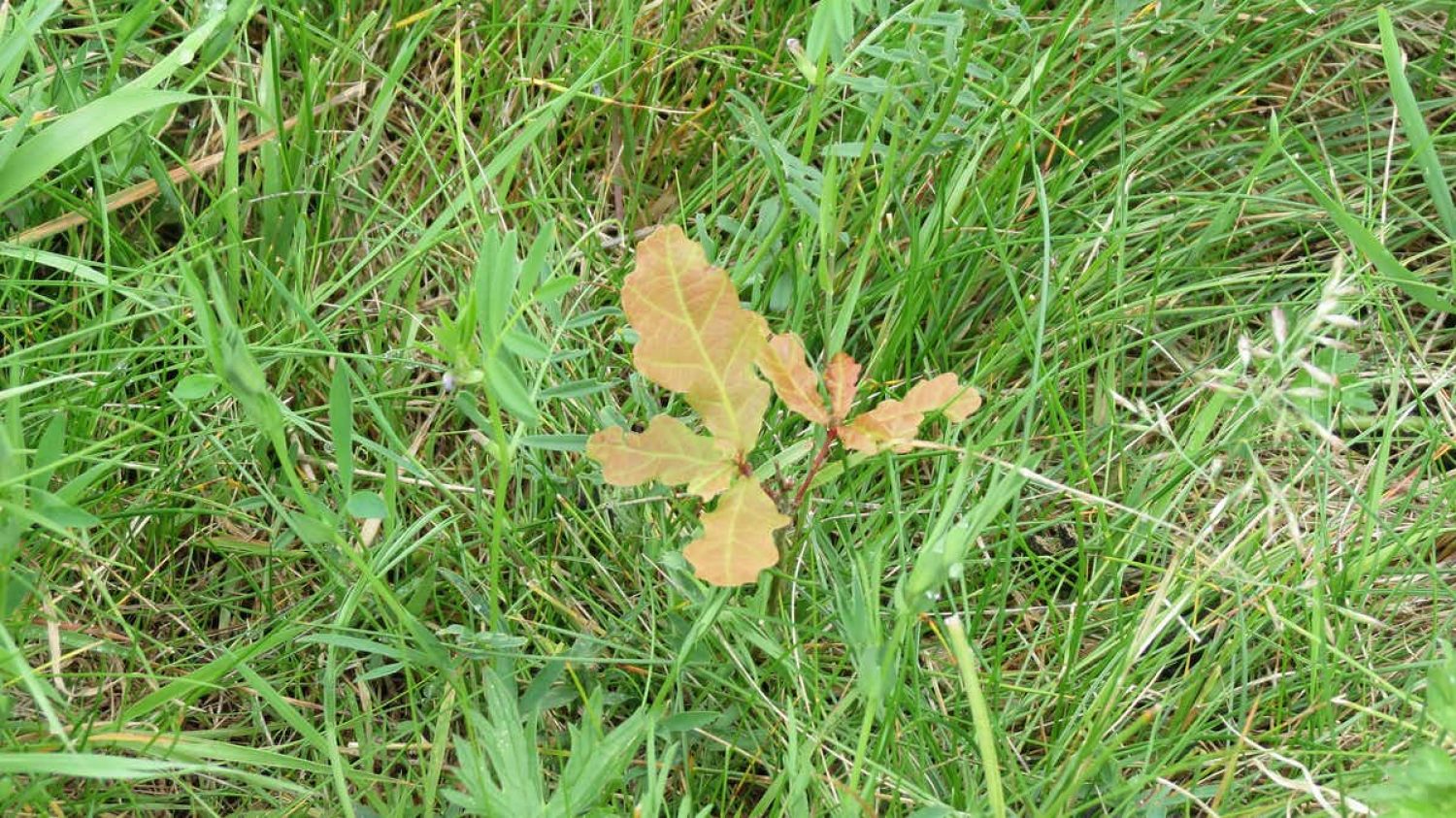 Oak seedlings were early pioneers in the regeneration of the woodland. Image: UK Centre for Ecology & Hydrology

Since the 1990s, the two Wildernesses have been regularly surveyed by scientists counting and measuring trees on foot and tracking tree cover from planes and drones. These surveys documented the development of woodland over 60 years in our recently published study, revealing the patterns of habitat regeneration.

We can now finally answer Mellanby’s 60-year old questions. Within 40 to 50 years, the ploughed field became a closed canopy woodland with almost 400 trees per hectare. And as the canopy grows taller, more plant and animal species are arriving, such as marsh tits and purple hairstreak butterflies – mature woodland specialists that have made a home here as the habitat gradually converges with the ancient woodland nearby.

The Wilderness experiment shows what’s possible when nature is allowed to create rich, native woodland for free. I think Mellanby would be pleased with how it all turned out.

Richard K Broughton is an ecologist and ornithologist at the UK Centre for Ecology & Hydrology, and a senior research associate in zoology, University of Oxford.