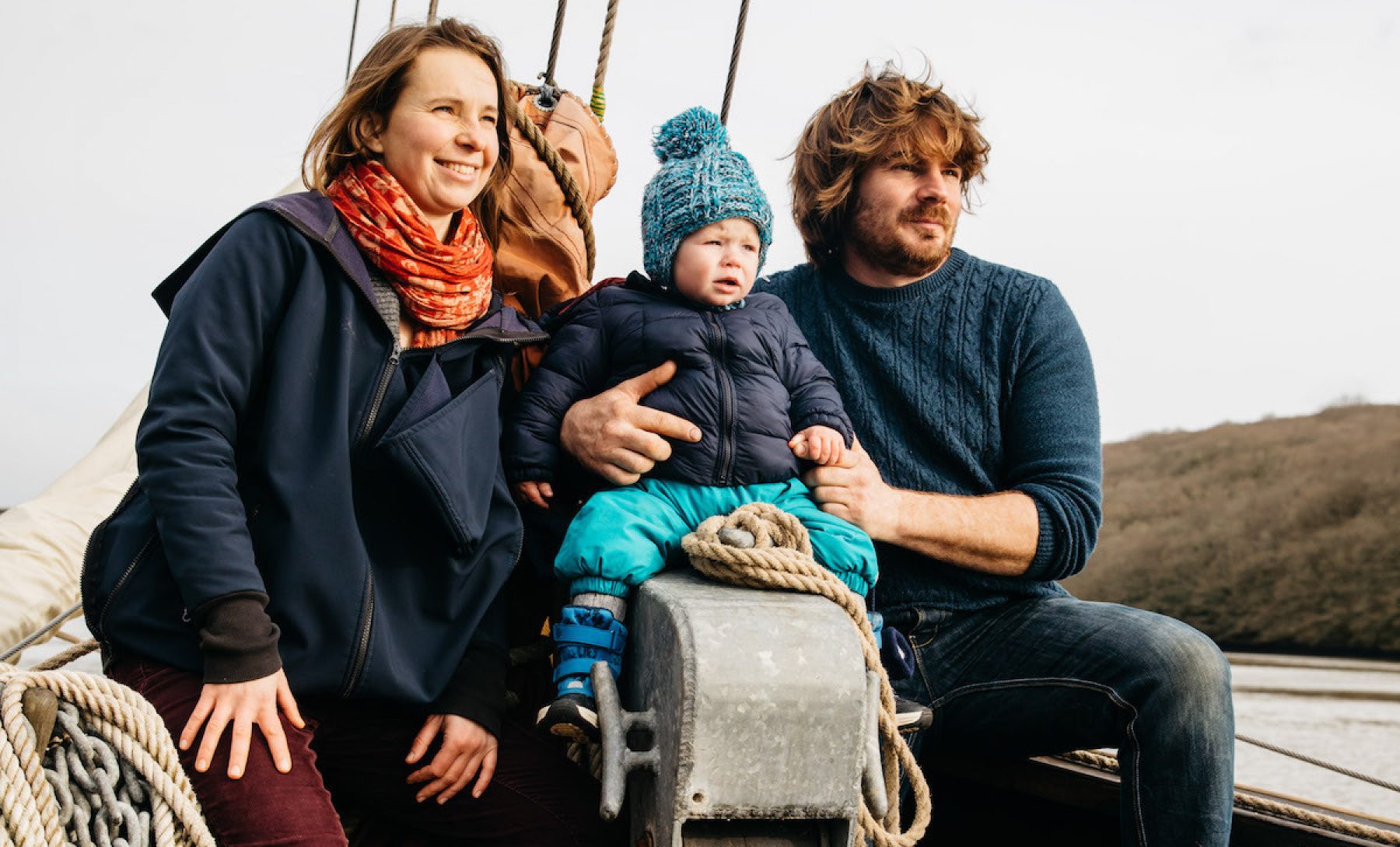 Meet the plastic-hunting ‘pirates’ of Cornwall

The pirates’ bounty is melted down to make sea kayaks, which are then used to collect more rubbish

The pirates’ bounty is melted down to make sea kayaks, which are then used to collect more rubbish

From the tip of Cornwall to the Isle of Skye, with a message of “all aboard”, people are seeking out hard-to-reach marine plastic from the water.

Based on their roving home on the former Dutch icebreaker Annette, Steve Green and his partner Monika Hertlová (main picture) have coordinated more than 300 volunteers, many of them local to their base on the Helford River in Cornwall.

Steve Green is pirate-in-chief of Clean Ocean Sailing (COS), a group of sailors, surfers, swimmers and divers, who are united in their love of the ocean, and sickened by the amount of rubbish in it.

With a fixed crew of the couple’s two-year-old, Simon, and labrador Rosie, the 113-year-old, 55-tonne boat also acts as a mobile basecamp. People disembark in a flotilla of smaller boats to reach the most inaccessible parts of Cornwall’s commanding coastline – and clear them of as much junk as they can.

The group also has a “rapid response unit”, says Green. “People send us a photo or location, and we have about 20 volunteers who are set up and ready to pick up any ‘ghost gear’, before it gets washed out to sea again on the next tide. We have found fish crates and fishing gear from South Africa, China, South and North America. It’s crazy.” 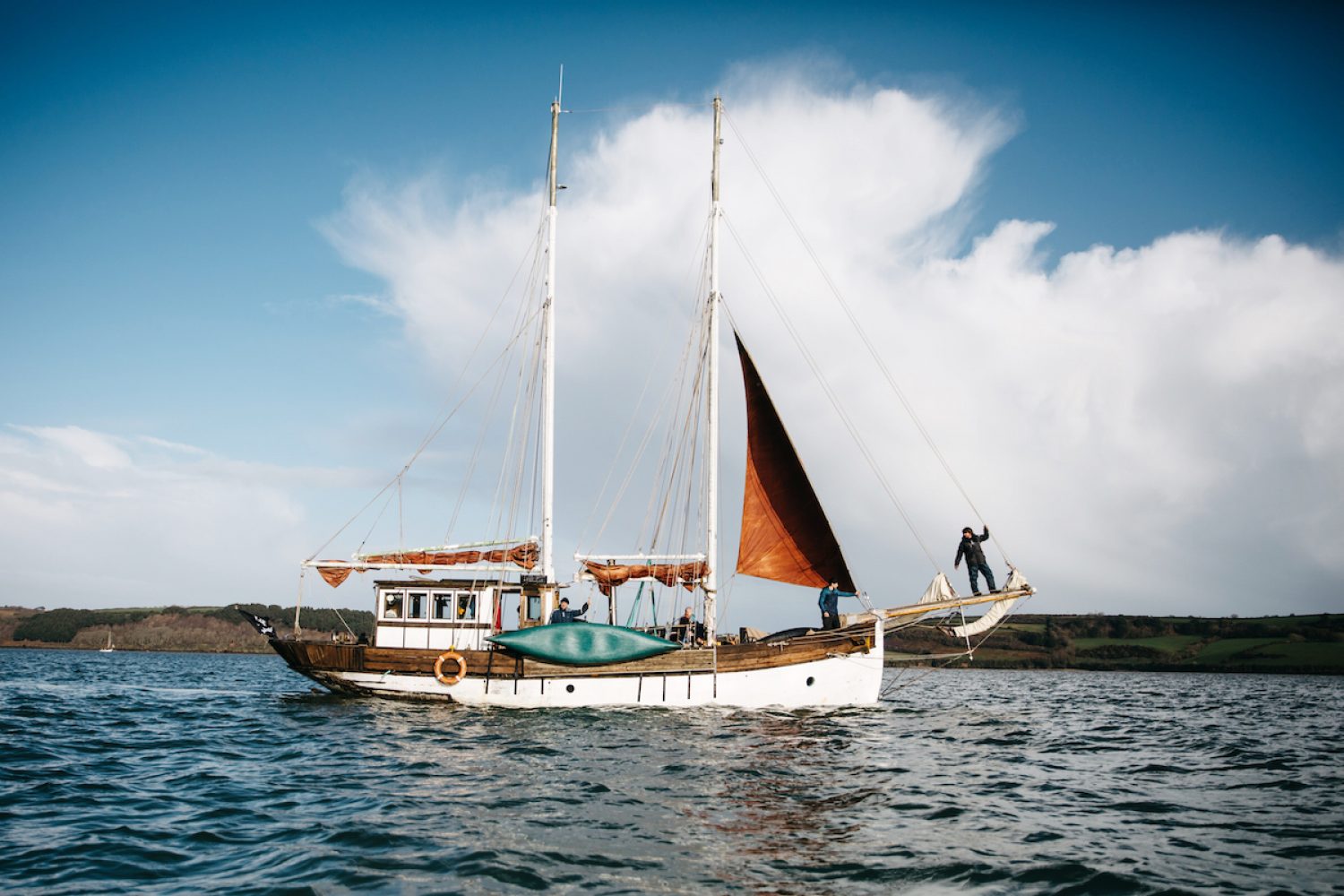 Since COS began in 2017, the group has recorded and removed 250,000 individual pieces of plastic from their local coves – with a combined weight of over 50 tonnes. Green says that about 85 per cent of this has been recycled and repurposed. Some of it is melted down and pelletised at the Ocean Recovery Project in Exeter, before being donated back to COS in the form of recycled sea kayaks to help them find yet more rubbish.

A system of mutual support built on local friendship is the backbone of COS’s success. Many locals who are unable to donate time instead offer the group goods, such as beers, groceries and pasties, to help keep the boat afloat.

“An awful lot of Cornish people aren’t particularly financially motivated. It’s almost an island attitude: we all lean on each other and look after each other. It is an ideal place for a testing ground for a circular economy,” says Green. 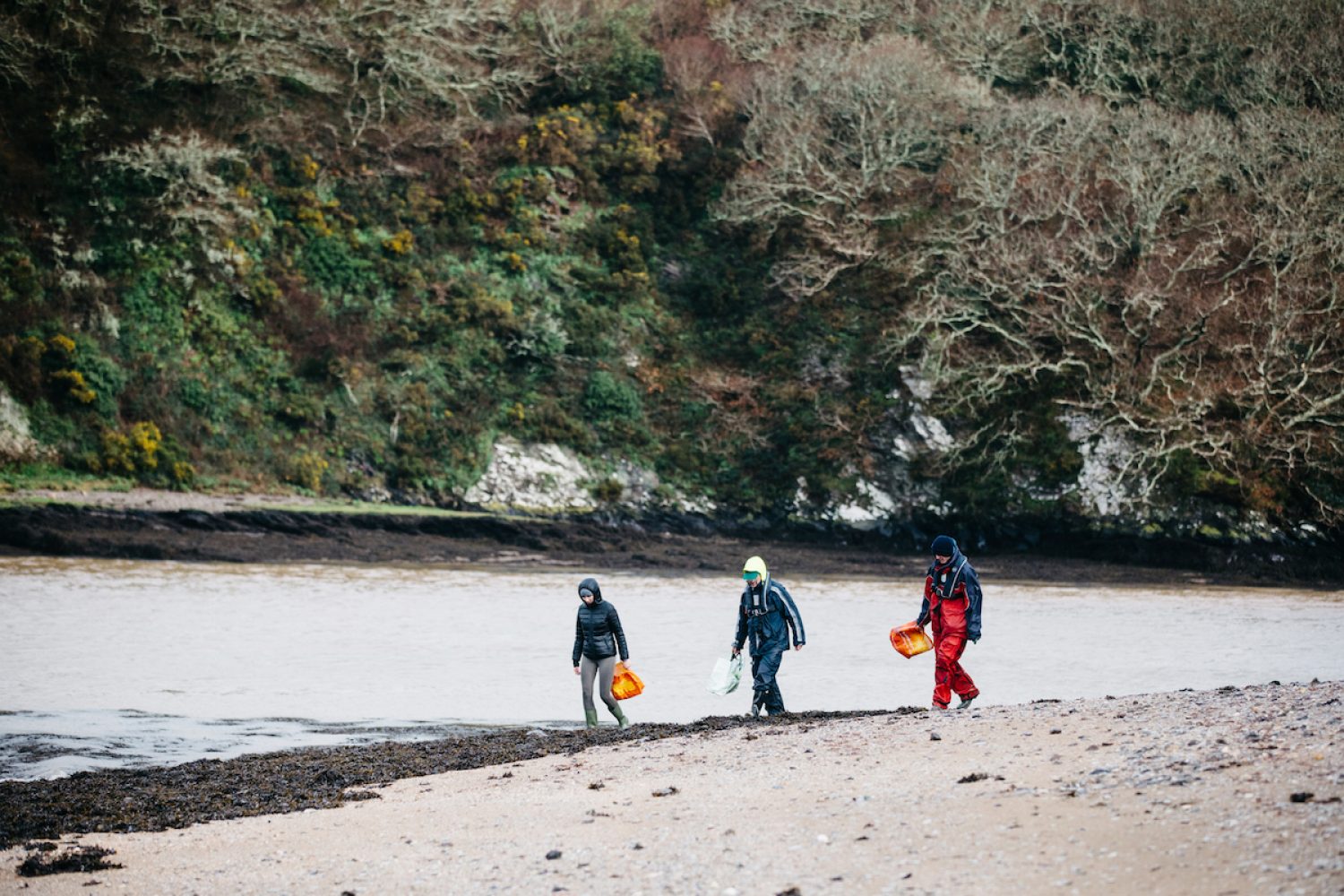 Since COS began in 2017, the group has removed 250,000 individual pieces of plastic. Image: Alexander Turner

In 2018, a boat was crowdfunded by Surfers Against Sewage representatives on the Isle of Skye, Scotland in order to reach the island’s most polluted areas. Working in conjunction with the Highland council, entire skips full of plastic can be removed from a single beach.

Back in Cornwall, Simon Myers and his son Milo are among those who have volunteered with COS. Like many of the group, they believe that their strength lies collectively in tackling global issues on a local scale.

A lot of Cornish people aren’t particularly financially motivated: we all lean on each other and look after each other

“Living in western Europe, we have largely been insulated from pretty much all of the consequences of our actions over the last 50 or 60 years, but we have an emotional attachment to this landscape, coastline and people. These issues – around overconsumption, pollution and climate change – are becoming increasingly personal. We love this part of the world. We grew up here and want to protect it,” says Myers. 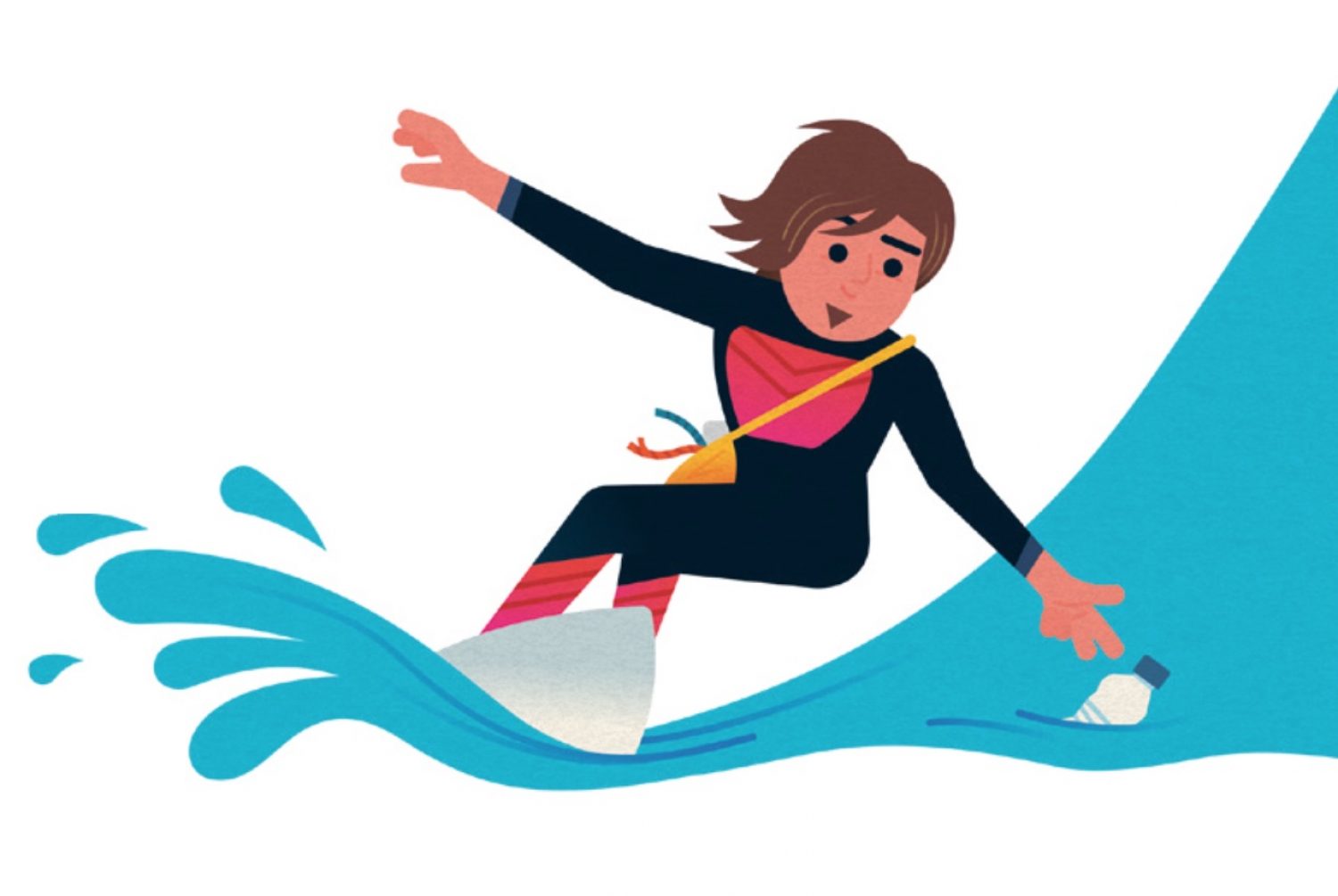 “We are standing next to a Jolly Roger, at the mercy of the wind – it’s romantic, it’s under sail,” adds Myers. “There is a need to have quite visible, demonstrable ways to counterbalance a consumer culture.”

For Green, it’s not only about picking up the rubbish: “It’s [also about] other people seeing us doing that and perhaps they start to think about not dropping it in the first place – or even better, not buying it. That’s what’s really going to change the world.” 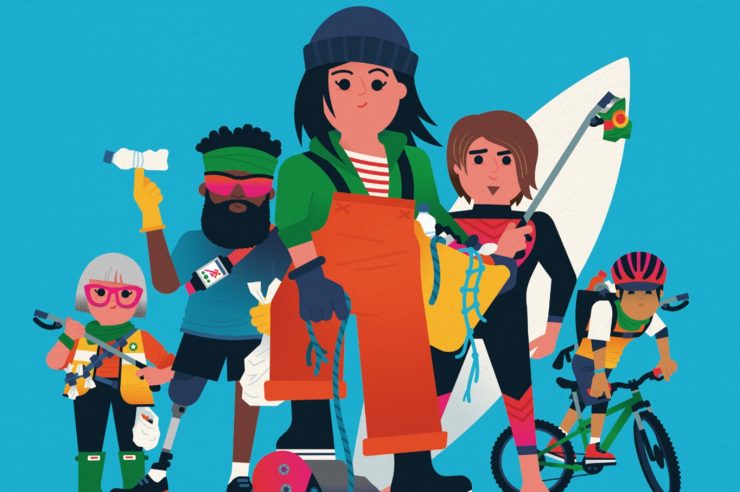 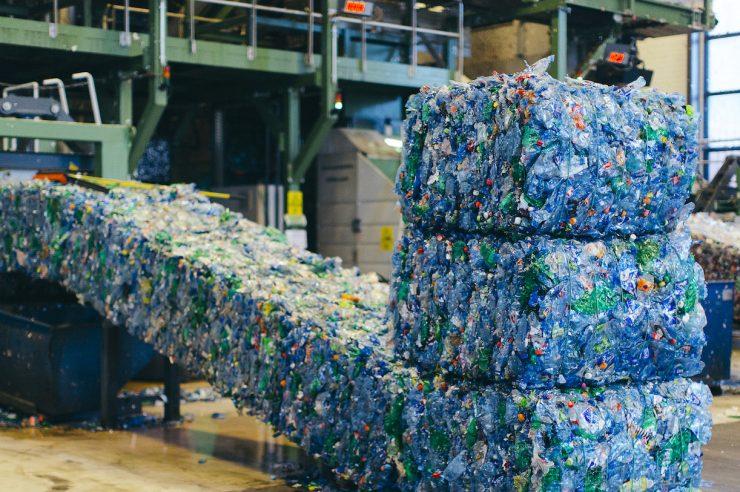 Norway recycles 97% of its plastic bottles: a blueprint for the rest of the world? The Infinitum bottle deposit hub recycles 97 per cent of Norway’s plastic drinks bottles, almost all to such a high standard that they can b... Economics Environment World