A military veteran turned organiser, Democrat Kerri Evelyn Harris campaigned to be the first woman, the first African American, and the first openly gay person to represent Delaware in the US Senate

A military veteran turned organiser, Democrat Kerri Evelyn Harris campaigned to be the first woman, the first African American, and the first openly gay person to represent Delaware in the US Senate

I don’t look like the average Senate candidate. I’m a former auto-body mechanic, I’ve mowed lawns to make ends meet, and the way I dress makes my sexuality pretty clear.

When we started looking for a Senate candidate to put forward this year, I was looking for someone closer to the traditional image of a senator, but I realise now that was a mistake. We need more diversity in gender, sexuality, race, and life experience – because time and again, the lack of that diversity has led to legislation that ignores the needs of our communities.

I served in the military under Don’t Ask, Don’t Tell, [the official US policy on military service by gay, bisexual and lesbian people, which ended in 2011] and was told to hide who I was. Once I left, I decided I’d live as who I am, and make no concessions. I’m a gay, biracial, working class woman, so I often joke that I’m a whole bunch of otherness. But all that otherness is a place of empowerment for people who haven’t seen themselves as being able to run for office.

One of my proudest moments is when I’m canvassing and sign someone up to vote for the first time in their lives. Because I’m running, they’re finally seeing that they can make a difference in their community.

I don’t look like the average Senate candidate. I’m a former auto-body mechanic, and the way I dress makes my sexuality pretty clear

They called 1992 the Year of the Woman because we tripled the number of women in the Senate – but today, the total number of female lawmakers is still minuscule. This will be the year that changes. We’re realising our strength and our power, and that we need to step up and save our nation for our children. There’s an adage: ‘Don’t mess with the momma bear.’ That’s what’s going on right now: we’re seeing the world we wanted to give our children being stripped away, and we’re taking action to stop that.

The women running this year know their voices are powerful and can’t be quieted. We need these amazing women to teach our current politicians the new ideas needed to save our party, our state and our nation. Together, we’re going to show how important female voices really are.

Update: In September, Harris lost her primary. Days later, she hit the streets of New York City to campaign with Alexandria Ocasio Cortez and other progressive Democrat candidates 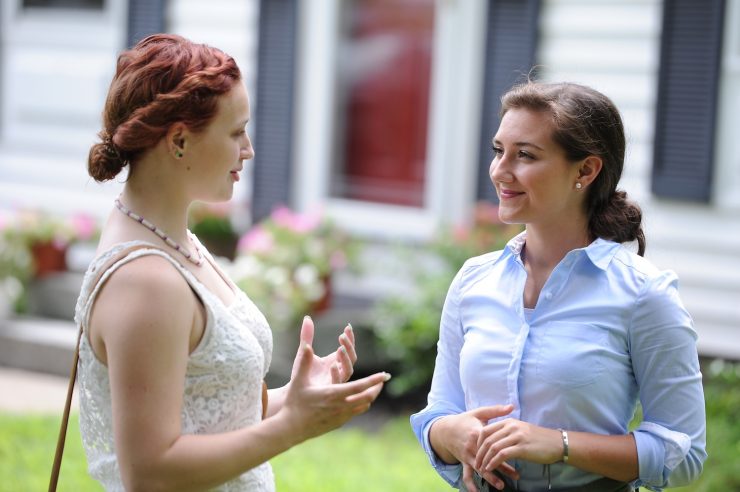 Morgan Zegers ‘I'm young, working class and a woman – a breath of fresh air’ Morgan Zegers, a 21-year-old Republican, graduated from college in May and is now running for New York state assembly Opinion Society World