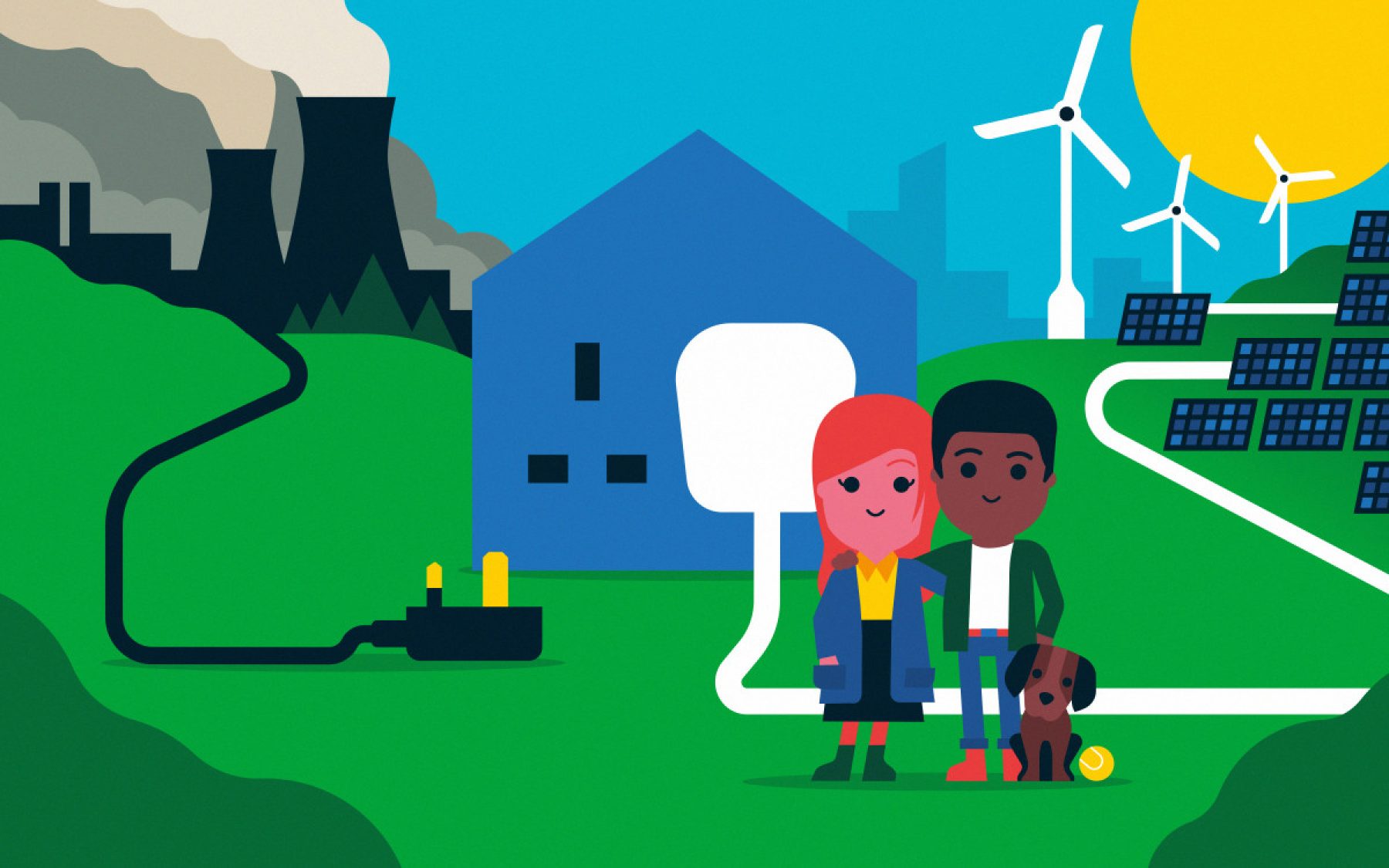 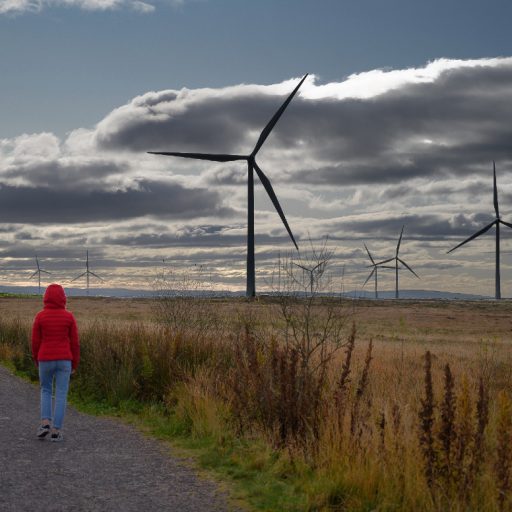 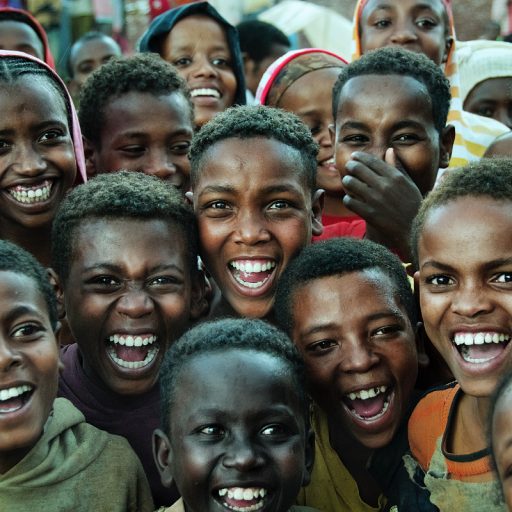 2. Children born today have the best chance of growing up healthy, safe and educated

Figures from the World Health Organization (WHO) also reveal that child-killing diseases have significantly declined since 2000. Measles, for example, declined 86 per cent and there was also an 82 per cent decrease in the incidence of tetanus. 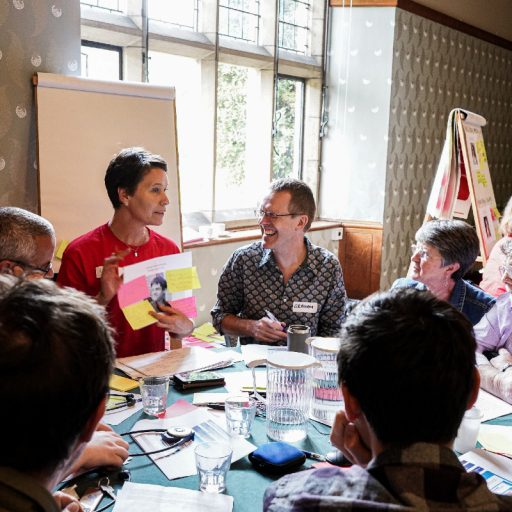 Citizens’ assemblies were hosted by devolved governments in Scotland and Wales for the first time in 2019. Some councils in England also hosted their first citizens’ assemblies, in which randomly chosen members of the public come together to discuss specific issues. The Welsh assembly hosted its first such event in July. “People recognise that a new form of democracy and a new form of politics is needed to tackle some of the complex and challenging questions that we face today,” said Tim Hughes, director of Involve, a charity that campaigns for public participation.

The first citizens’ assembly organised by Westminster is due to take place from January 2020. The Climate Assembly UK will comprise 100 people selected to represent the UK population, and make recommendations about what the country should do to reach net zero carbon emissions by 2050. 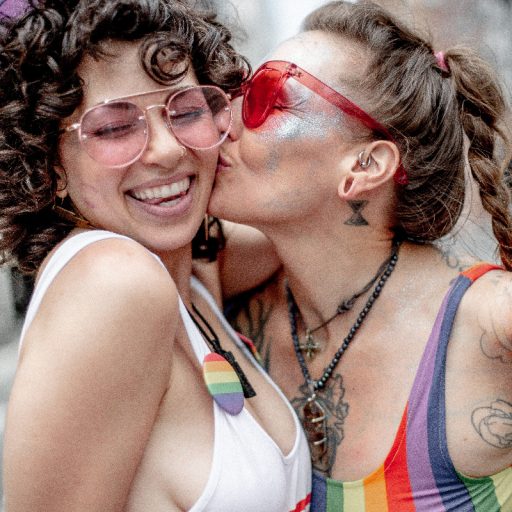 Rights for same-sex couples to marry and for women to seek abortions were extended to Northern Ireland. After the devolved government failed to reopen Stormont by an October deadline set by MPs in Westminster, proposals to legalise gay marriage and decriminalise abortion were passed. The first same sex couples in Northern Ireland are set to marry from February. Meanwhile MPs have until 31 March to outline regulations around abortion services in the country. 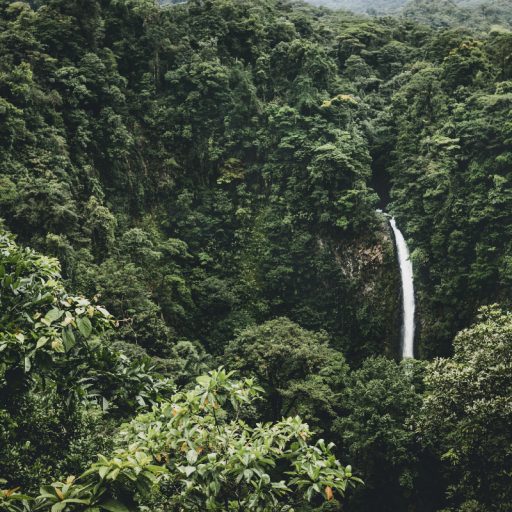 Following decades of deforestation, Costa Rica has doubled its forest cover in the last 30 years. Half of the country’s land surface is now covered with trees, creating a huge carbon sink and a big draw for tourists. Historically, more than 75 per cent of Costa Rica was covered in tropical rainforests and other indigenous woodland. But extensive logging meant that by 1983, only 26 per cent of the country still had forest cover. 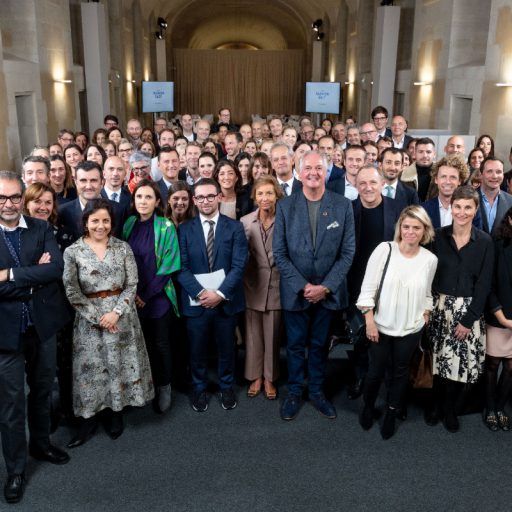 6. The fashion industry committed to reduce its impact on the environment

More than 50 chief executives of major fashion companies committed to The Fashion Pact, an initiative that compels businesses in the industry to implement science-based targets and actions, in order to reduce their impact on the environment. The Imagine Foundation, a new venture from former Unilever chief executive Paul Polman, is behind the initiative. The commitments in the pact include “taking all measures” to reach net-zero carbon emissions by 2050 and powering operations with renewables. Among those businesses committed are luxury group Kering, Zara parent company Inditex, H&M Group, Adidas and Nike. 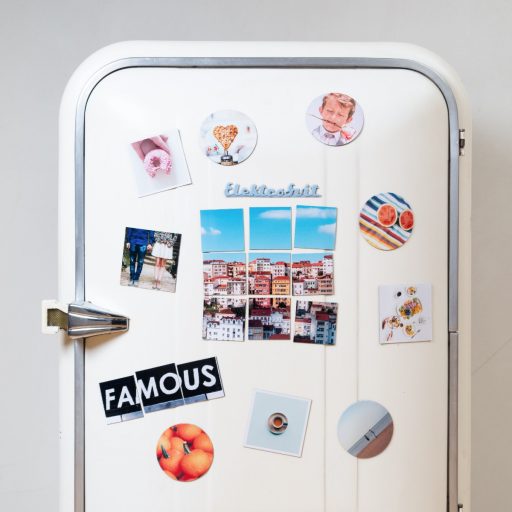 7. A new law was passed that will prolong the lives of some household items

The European Commission introduced legislation that will compel manufacturers of big-ticket household electronics to build their products so that key components can be replaced with commonly available tools. This is in order to prolong the life of such products and help reduce appliance waste. The regulations will come into effect in 2021, and affect items such as televisions, fridges, washing machines and dishwashers. 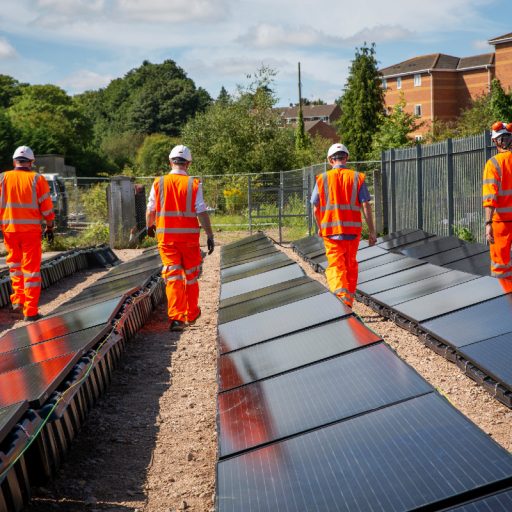 National Rail’s Wessex route, in southern England, is now being powered by a direct supply of solar energy. The First Light project was launched in August, when a 100-panel strong solar rig in Aldershot, Hampshire, was connected to an ancillary transformer on the line’s system, bypassing the national grid. The project, run by social enterprise Riding Sunbeams, is hoping to build on research findings that solar panels directly connected to rail, tube and tram lines could meet a significant share of the electricity needs. 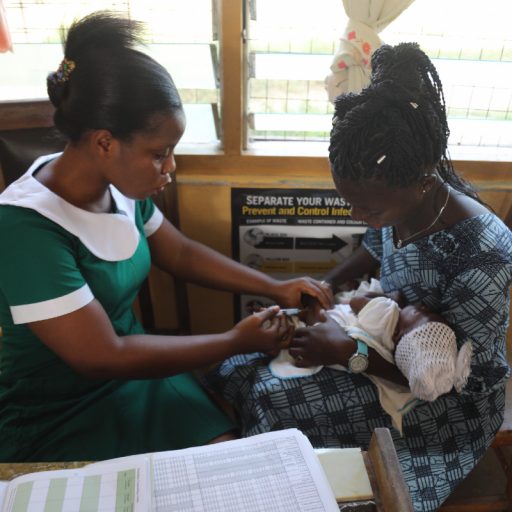 A vaccine for malaria called RTS,S was rolled out in three African countries – Malawi, Ghana and Kenya – this year. Earlier trials found the vaccine prevented 40 per cent of cases of malaria in infants, the best recorded. Under the Malaria Vaccine Implementation Programme, which is backed by the WHO, 360,000 children per year across the three countries will receive the immunisation.

According to the WHO’s latest World Malaria Report, cases of the disease declined by 3m between 2017 and 2018. 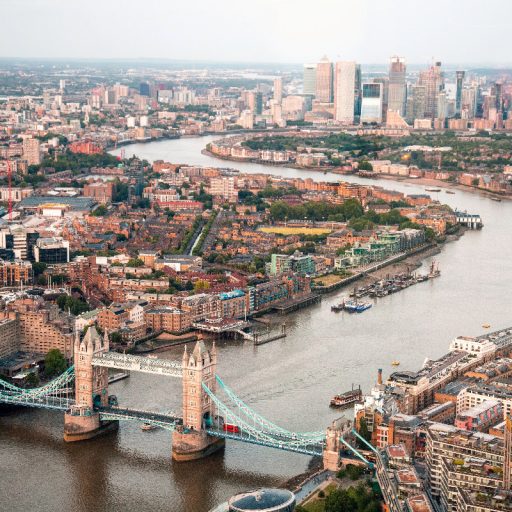 10. Wildlife thrived in the River Thames

Once declared biologically dead, the River Thames is now a “hub of life”, according to conservation charity Zoological Society of London (ZSL). The charity announced in September that 138 seal pups had been spotted on Thames’ riverbanks. Elsewhere, a project to restore native oysters to the river’s waters got underway in the summer. In 2019, ZSL launched its Mother Thames campaign calling for the public’s awareness of and participation in conservation efforts. 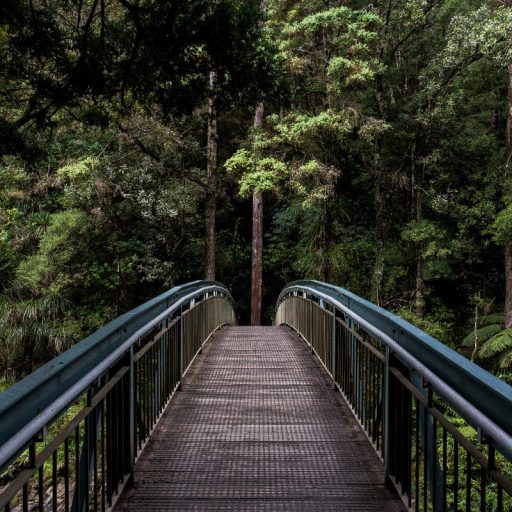 Governments around the world pledged to plant millions of trees in 2019, in efforts to capture carbon from the atmosphere. In Ethiopia, an estimated 350m were planted on one day in July. Elsewhere, Ireland’s government announced plans in August to plant 22m trees each year until 2040, while New Zealand has pledged to plant 1bn by 2028. Closer to home, councils from Cornwall to Lancaster have announced plans to increase tree cover. 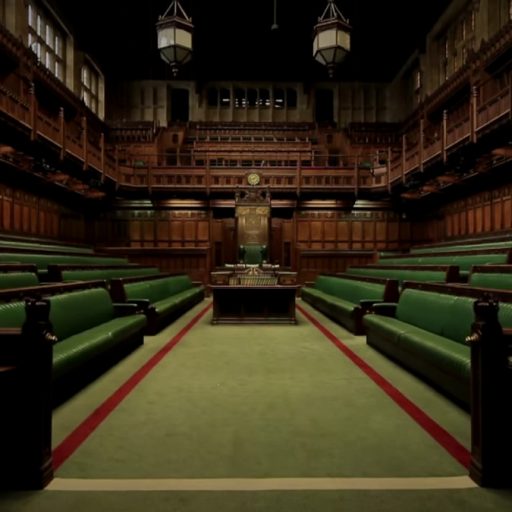 12. The UK elected its most diverse parliament ever

UK voters elected a record number of female MPs in this year’s general election. Some 220 women won seats in December, up from the previous record of 208 in 2017’s general election. Now, more than half of Labour and Liberal Democrat MPs are women. The election also led to record numbers of minority ethnic and LGBT MPs. 65 non-white MPs were elected in December, compared to 52 in 2017, while 49 MPs believed to be openly LGBT were elected – thought to be the highest number of any parliament in the world. 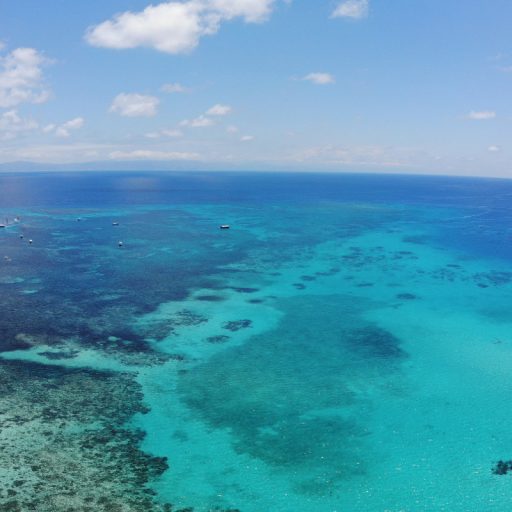 13. Nearly 8 per cent of the ocean is now protected 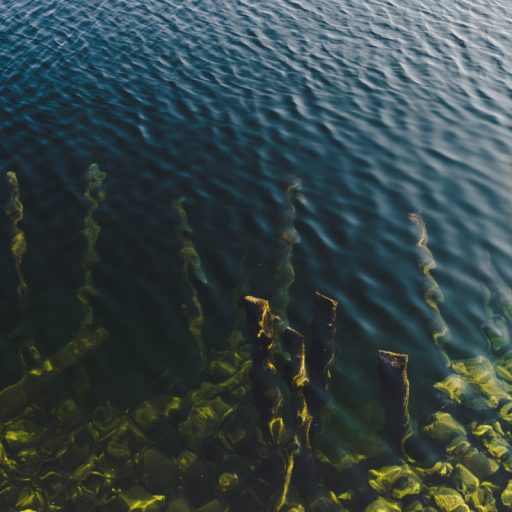 England’s first commercial-scale seaweed farm launched this year thanks to a £472,000 grant from the Coastal Communities Fund. SeaGrown occupies 25 hectares off the Yorkshire coast and grows sugar kelp, oarweed and Atlantic wakame. It’s due to carry out its first harvest in spring 2020. Seaweed could be nature’s mighty weapon against carbon emissions. Researchers have estimated that using 9 per cent of the world’s ocean surface for seaweed farming would remove an astonishing 53bn tonnes of CO2 from the atmosphere each year. SeaGrown’s seaweed will be sold as food and could also be used as a biofuel. 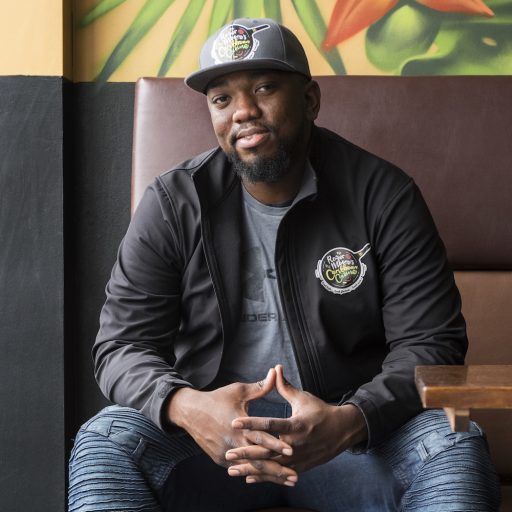 Avon and Somerset police launched its Call-In project, a scheme that’s offering young people arrested for drug dealing offences job training and access to sports facilities, instead of entering them into the traditional criminal justice system. The scheme is the first of its kind in the UK, and is based on a model used in North Carolina, US, in 2004, where it led to a dramatic reduction in violent crime and drug dealing. One of the scheme’s partner organisation is Street2Boardroom, which teaches young people with a history of drug dealing, such as Roger Moore Patrick (pictured), how to run their own business. 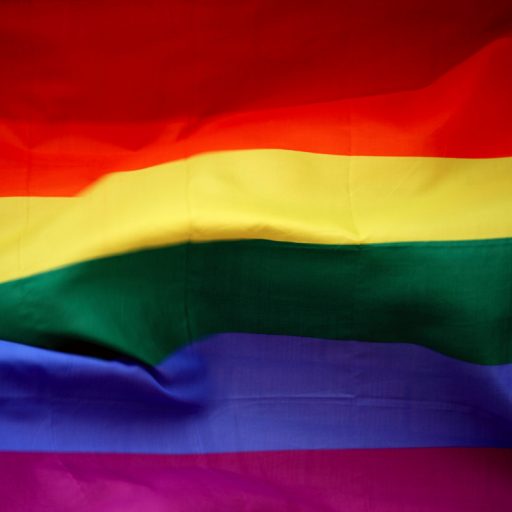 In May, lawmakers in Taiwan passed legislation allowing same-sex couples to marry, making it the first country in Asia to legalise gay marriage. More than 1,000 couples registered their marriage during the first month of legalisation. The change in law came after the country’s constitutional court ruled in 2017 that same-sex couples had the right to marry, and that the judgment should be enshrined in law within two years. 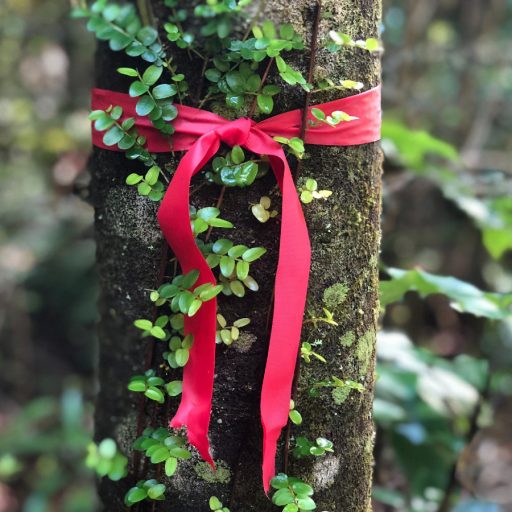 17. HIV and AIDS-related deaths decreased by a third in a decade 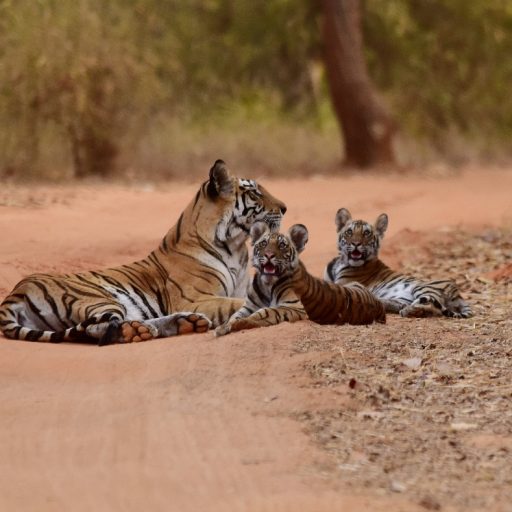 18. Populations of some endangered species grew

The number of mountain gorillas increased in east Africa, it was announced this year. According to WWF, the population of mountain gorillas in the habitat across two national parks – Bwindi Impenetrable National Park in Uganda and Sarambwe Nature Reserve in the Democratic Republic of the Congo – grew from 400 in 2011 to 459 in 2018. Added to the 604 in the Virunga National Park, which lies across the DRC, Rwanda and Uganda, the global population is now more than 1,000. They remain critically endangered, however. 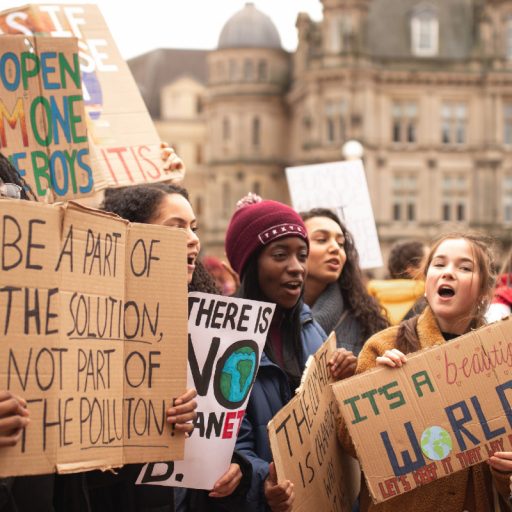 19. Millions of people around the world took part in climate protests

From Extinction Rebellion to student climate strikes, this year saw an unprecedented number of people from more than 180 countries worldwide march in protest against governments’ inaction to the escalating climate and ecological crises. Extinction Rebellion activists brought London and other cities to a standstill. Throughout the year, thousands students worldwide have walked out of lessons to demand radical action, as part of the movement started by Greta Thunberg in 2018. Their action led to the Global Climate Strike on 20 September, in which millions of adults and children around the world took to the streets to demand action. 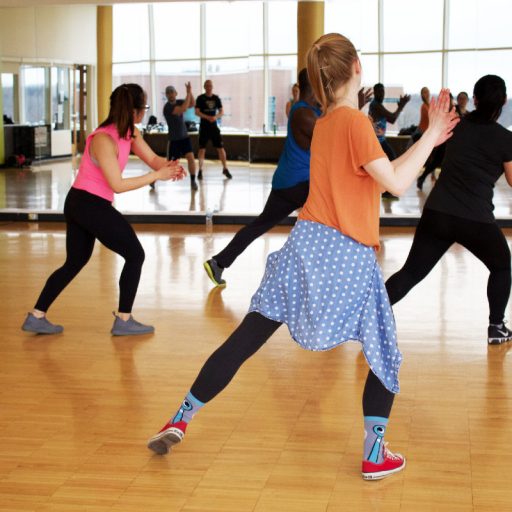 20. The world’s largest study into the impact of arts prescriptions was launched

The largest study into the impact of arts interventions on mental and physical health conditions launched in October, which could pave the way for doctors to prescribe creative pastimes. The study, by researchers at King’s College London, will look at singing groups for postnatal depression, dance classes for people with Parkinson’s, and movement and music sessions for stroke patients. The treatments have already been proven to improve patient health; the new study will trial them among larger groups of people in NHS hospitals and health centres. Such research is needed to take these creative programmes “from successful local projects with short-term funding to national programmes commissioned by the health sector”, according to King’s professor Carmine Pariante, who is leading the project.