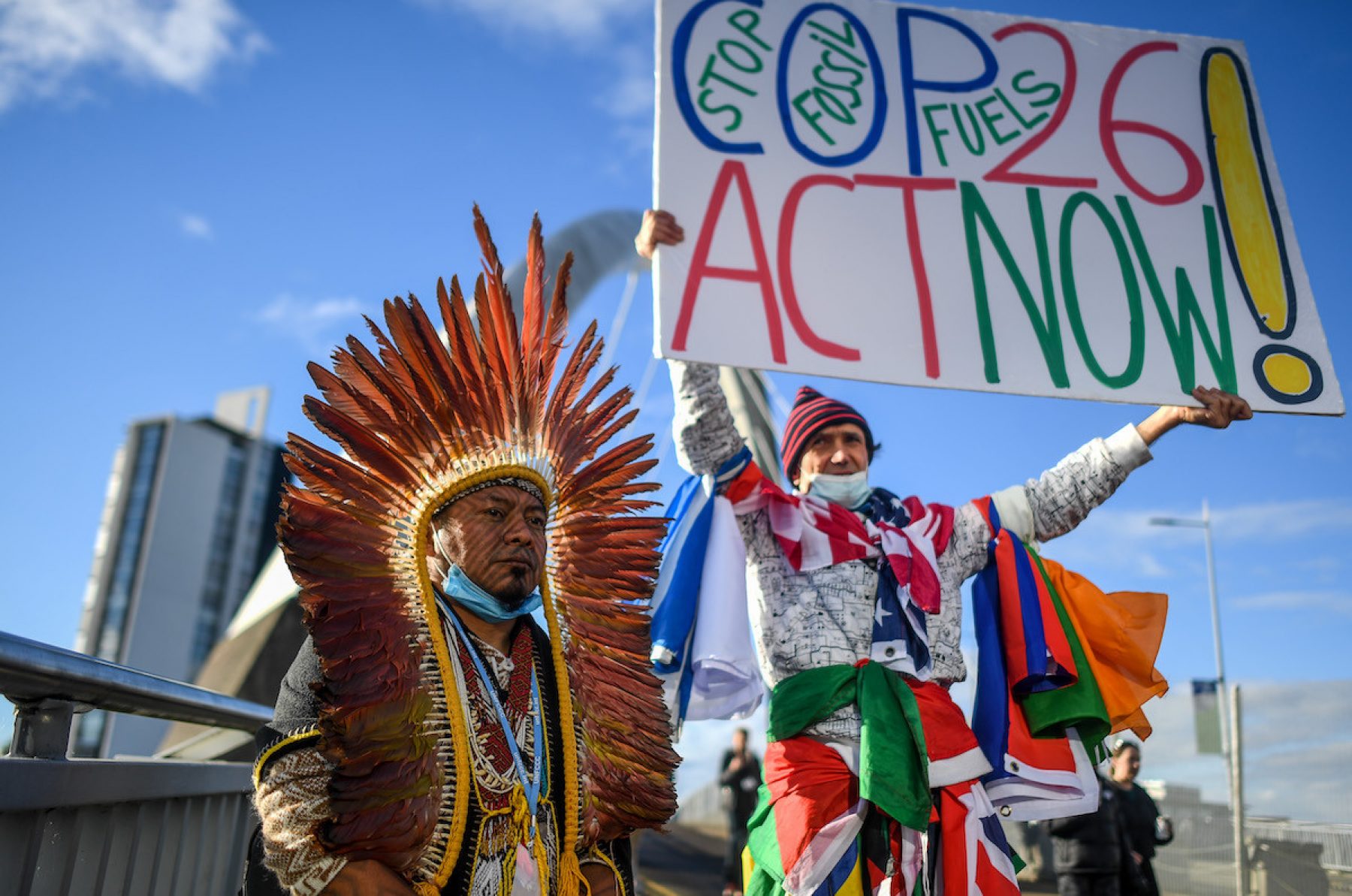 What went right this week: progress at COP26, plus more positive news

COP26 offered hope for rainforests and the climate, the UK approved a pill to treat Covid, and France moved to protect bookshops from web giants, plus more stories of progress

COP26 offered hope for rainforests and the climate, the UK approved a pill to treat Covid, and France moved to protect bookshops from web giants, plus more stories of progress 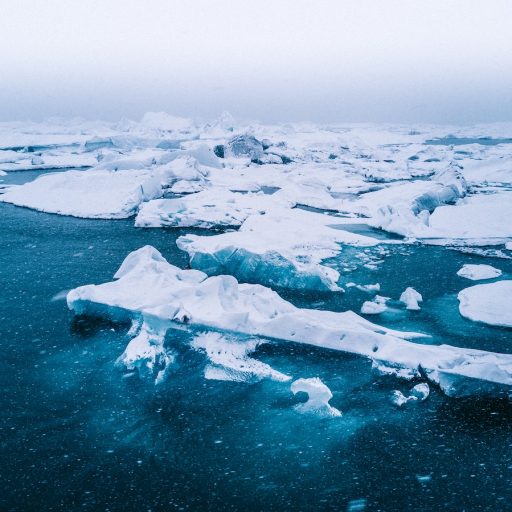 Fresh hope that the world might avoid catastrophic global heating emerged from two studies released at COP26 this week. Both suggested that humanity is on track to limit temperature rises to a shade under 2C.

And if that sounds almost too good to be true, there’s a monumentally big ‘if’ – if countries stick to the commitments they’ve made during the climate summit. That uncertainty notwithstanding, this represents real progress on the situation in the run-up to COP, when the cumulative effect of existing national commitments would only have limited the rise to 2.7C – with all the devastating consequences that entails.

The new studies – by Climate Resource, a firm that analyses the risk of climate change, and the International Energy Agency – produced estimates of a 1.9C and 1.8C rise respectively.

Several announcements made this week in Glasgow spurred the reassessment, notably India’s commitment to source half its electricity from renewables by 2030, as part of its overall ‘net zero by 2070’ goal, and also global plans to drastically reduce methane emissions. 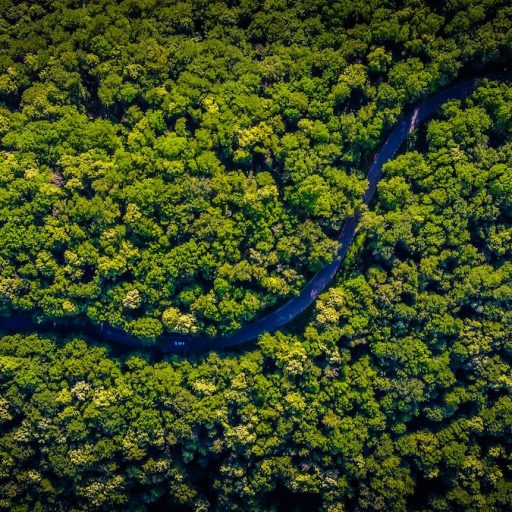 The world’s dwindling forests may just have some breathing space, thanks to an agreement by more then 100 countries to halt and reverse forest loss by 2030.

Crucially, the signatories include Brazil and the Democratic Republic of Congo – homes to the largest remaining swathes of rainforest. The pledge was also signed by China, Russia, Indonesia, the UK and the US. Overall, the countries involved are said to be responsible for 85 per cent of the planet’s forests.

The announcement at COP26 received a broad welcome from green groups, keen to see at least some progress on reversing recent catastrophic deforestation, particularly in the Amazon, which has turned from carbon sink to source.

Others, however, pointed out that earlier such commitments had failed to halt forest loss – and that the Indonesian government had already cast doubt on the 2030 target to which it had just committed. The fight for forests has a way to go yet. 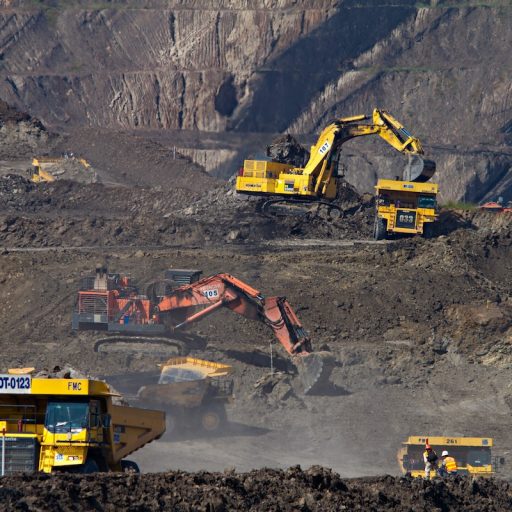 Cutting out coal is item number one on any climate to-do list, and the first week of COP26 has seen some welcome progress on this front, with 190 nations agreeing to end all investment in new coal plants.

Among those signing up are heavy users such as Poland, Vietnam and South Africa, which is set to receive $8.5bn (£6.3bn) in aid to help it move away from coal.

The commitment sets two broad target dates: in the 2030s for rich world economies, and 2040s for developing countries. It places great emphasis on the need for a “just transition”, to help those employed in the sector find work in other industries.

The agreement has been hailed as a significant step in shutting down the single biggest driver of global heating. However, sceptical activists pointed to the planned new coal mine in Cumbria as casting doubt on the UK’s own commitment. Greenpeace, meanwhile, criticised the lack of precise target dates in the agreement.

Overall, though, it’s being seen as – at the very least – a welcome additional nail in the coffin of coal power. 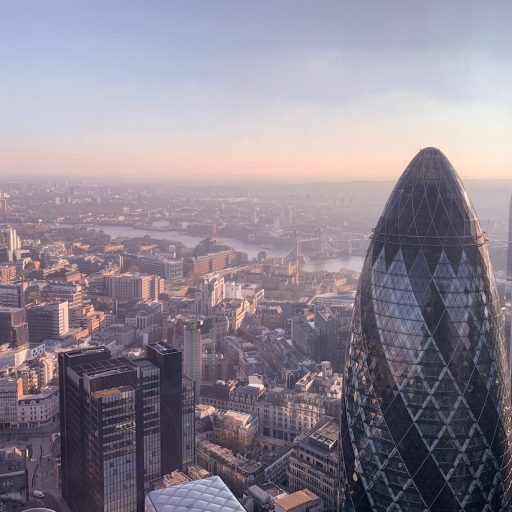 Money is moving (slowly) away from fossil fuels

For years, finance has been a destructive engine driving global heating to ever greater heights. Now there are some signs that it is pulling in the opposite direction.

The latest comes courtesy of a progress report from the clunkily-titled Glasgow Financial Alliance for Net Zero, unveiled this week at COP26 by former Bank of England governor Mark Carney.

It revealed that its 450 members – grouping a wide range of banks, insurers, pension funds and others in the finance sector – had committed themselves to the net zero transition, meaning that a cool $130tr (£96.3tr) of assets is now, in theory at least, tied to that goal.

Critics rightly point out that many banks are still bankrolling fossil fuel companies to the tune of billions. There’s still much progress to be made. 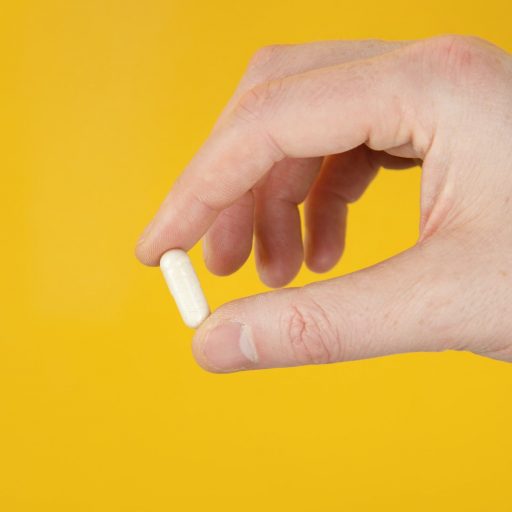 The UK approved a pill that treats Covid

The first pill designed to treat Covid-19 has been approved by the UK medicines regulator.

The drug – molnupiravir – will be given to vulnerable patients who have recently been diagnosed with the disease.

In clinical trials molnupiravir cut the risk of hospitalisation or death by about half. The treatment was described as a ‘game changer’ by UK health secretary Sajid Javid. Read more here. 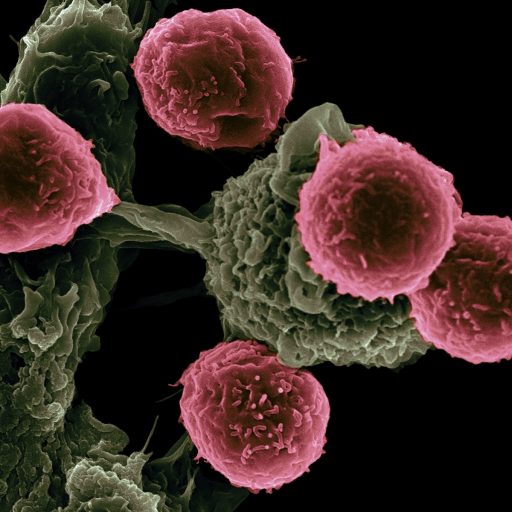 A vaccine has saved hundreds of women from cervical cancer – report

Hundreds of women in England have avoided developing cervical cancer thanks to a vaccine programme launched 13 years ago.

The first major study into NHS England’s human papillomavirus (HPV) vaccine rollout found that it has prevented around 450 women from developing the disease, and 17,500 more from experiencing pre-cancerous changes to cells.

Women in their 20s who had the vaccine between the ages of 12 and 13 were revealed to be 90 per cent less likely to develop cervical cancer than those who were unvaccinated.

Prof Peter Sasieni, lead author from King’s College London, said: “Assuming most people continue to get the HPV vaccine and go for screening, cervical cancer will become a rare disease.” 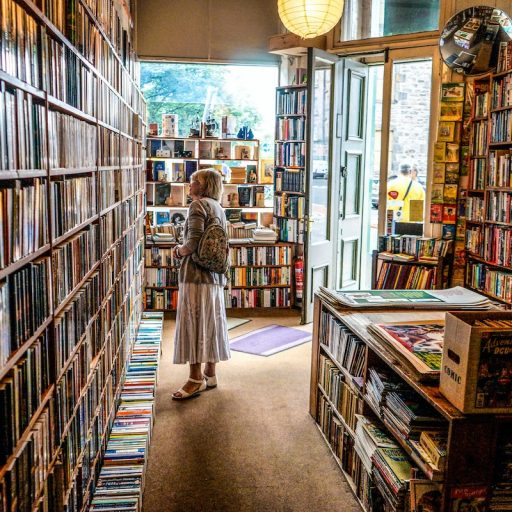 One of the surprise good news stories of the pandemic has been the resurgence of indie bookshops in the UK and Ireland. Nevertheless, the overall picture for traditional book sellers has been one of decline since the likes of Amazon came along. Does France have the answer?

To level the playing field between online retail giants and bookshops, its government is looking at setting a minimum price for book deliveries. A rate has yet to be agreed, but the law is expected to come in next year. Some web behemoths currently deliver books for as little as €0.01, undercutting independent rivals.

“This law is necessary to regulate the distorted competition within online book sales and prevent the inevitable monopoly that will emerge if the status quo persists,” the French Ministry of Culture told Reuters. Amazon said the legislation would “weigh on the purchasing power of consumers”. 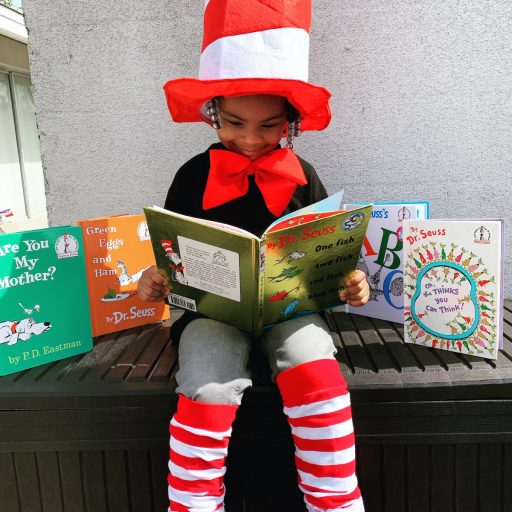 Children’s literature in the UK is becoming more reflective of its population, a study has found.

The annual Reflecting Realities report revealed an increase in the number of children’s books featuring a minority ethnic character; from 10 per cent in 2019 to 15 per cent in 2020. The figure was just four per cent in 2017.

According to the Centre for Literacy in Primary Education, which compiled the report, 34 per cent of primary school children in the UK are from a black or minority ethnic background. 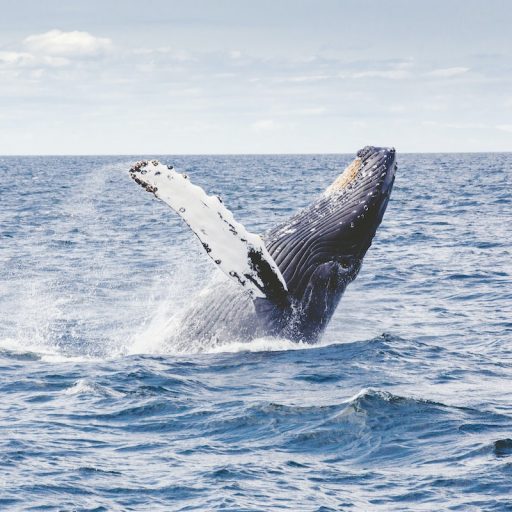 Last week, Positive News reported on the role whales play in fixing the climate. This week, a study revealed the mammal’s supersized role in boosting biodiversity – offering further incentive to increase their numbers.

“This new higher estimate is important,” Stanford University’s Matthew Savoca told New Scientist. “By consuming even more prey than previously thought… they are also pooping more, and that poop is actually marine fertiliser.”

Marine fertiliser helps promote the growth of phytoplankton, which, in a virtuous circle, feeds the krill that whales eat. 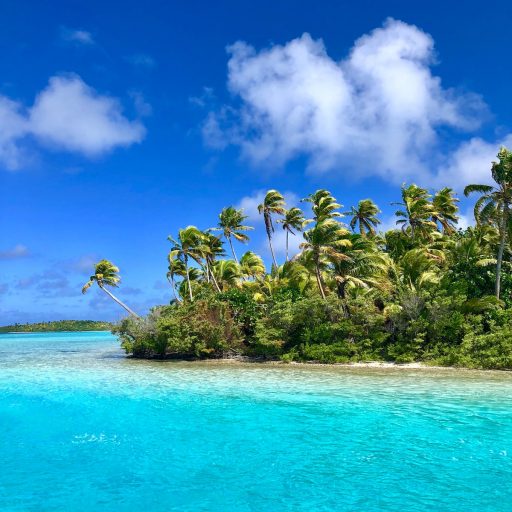 Samoan plant found to be as effective as ibuprofen

A plant that has been used for centuries in traditional Samoan medicine is as effective at reducing inflammation as ibuprofen, a study has found.

Psychotria insularum is a small shrub native to the South Pacific region (pictured). Indigenous Samoan communities have used its leaves to treat fevers, swelling and aches for many years.

The study was led by the Scientific Research Organisation of Samoa. Its findings have been peer reviewed and are due to be published next week in the Proceedings of the National Academy of Sciences of the United States of America. 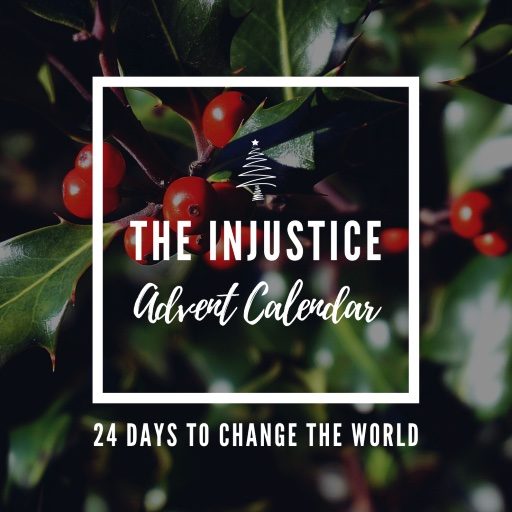 More than 20 environmental, health and social justice organisations have come together to launch what is being billed as the Injustice Advent Calendar.

The free online calendar suggests 24 positive actions that people can take in the run-up to Christmas.

“At its heart, Christmas is about connection and compassion – and the [calendar] helps us do that, while taking a stand against mass consumerism,” said Charlotte Timson, CEO of Traidcraft Exchange, the development charity behind the initiative. 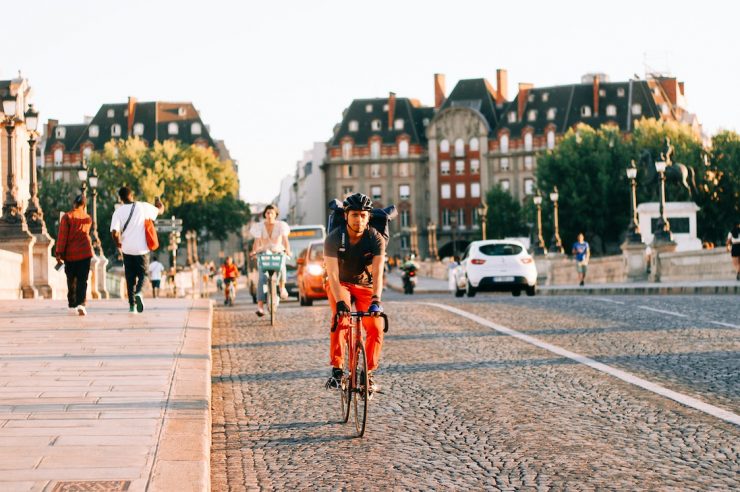 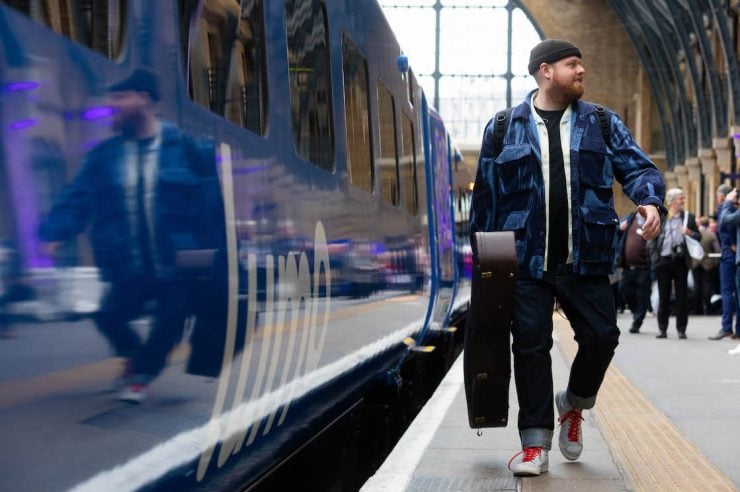 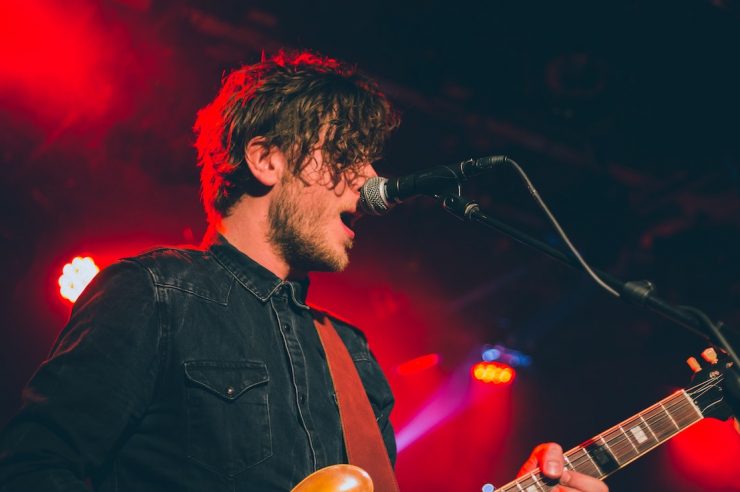