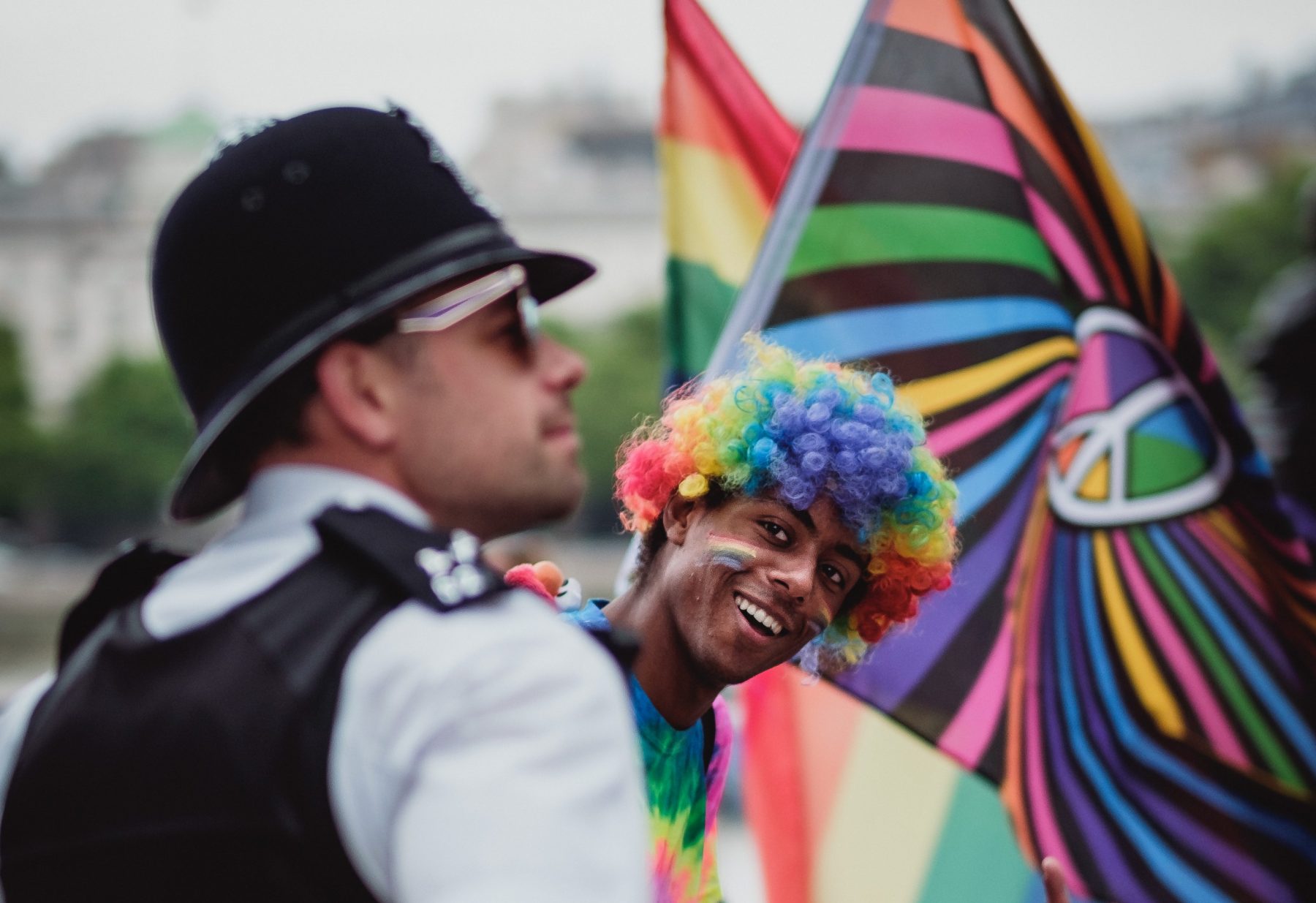 What went right this week: the ‘live-and-let-live’ UK, plus more positive news

The UK was found to be united on a supposedly divisive social issue, nature got a boost, and scientists found an alternative to plastic packaging, plus more

The UK was found to be united on a supposedly divisive social issue, nature got a boost, and scientists found an alternative to plastic packaging, plus more 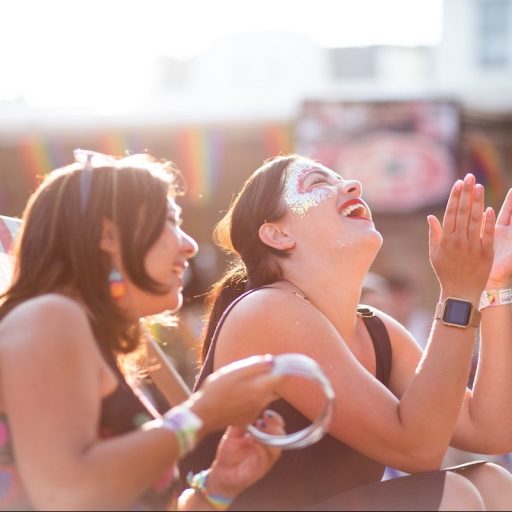 The UK is not divided on gender identity – report

The divisive debate playing out in Westminster and online around gender identity is out of sync with the public’s approach to the issue.

That’s according to a report by the More in Common thinktank. It surveyed 5,000 adults from across the political spectrum and concluded that a compassionate, ‘live and let live’ attitude prevails, despite the vitriol swirling around online.

According to the research, just two per cent of people believe gender identity – a subject amplified by the culture wars – is one of the most important issues facing the UK. A quarter knew someone who is transgender. And more people agreed (46 per cent) than disagreed (32 per cent) that a trans man is a man and a trans woman a woman.

Despite a picture of tolerance, most participants (57 per cent) said trans women should not be allowed to compete in women-only sporting events. Focus groups found that the public see this as an issue of fairness.

“From the toxic debate playing out across social media you’d assume the country is split into trans activists and transphobes,” said More in Common director Luke Tryl. “Instead, most Britons take a nuanced, compassionate approach, that is rooted in society doing what it can to make trans people feel accepted and comfortable, but which also balances inclusion with fairness.” 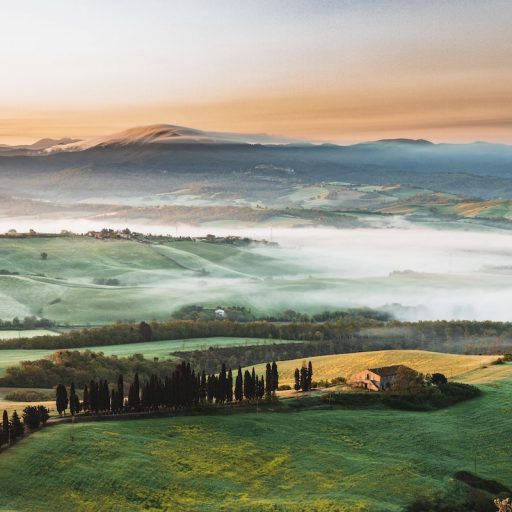 The EU drafted a ‘milestone’ law to protect nature

The European Commission this week put forward legislation to reverse biodiversity loss, a move described by nature campaigners as a “huge milestone”.

Under the commission’s proposals, EU member states would have legally binding targets for restoring and protecting a fifth of all land and marine ecosystems by 2030.

Other targets include halving the use of chemical pesticides and reversing the decline of pollinators by 2030. Around €100bn (£85bn) will be made available for member states to spend on biodiversity.

“The restoration law is a huge opportunity to bring nature back,” said Sabien Leemans, senior biodiversity policy officer at WWF. “But we need to keep in mind the urgency and make sure the bulk of the restoration action in these ecosystems is not pushed back beyond 2030. This decade must be the turning point to place nature on the path to recovery.”

The proposals will go to the European parliament for discussion. 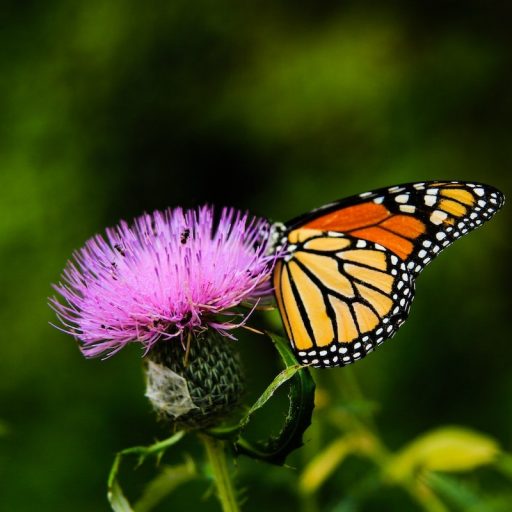 Meanwhile in the US…

Lawmakers have passed a landmark bill to conserve the country’s endangered species.

The Recovering America’s Wildlife Act will create an annual budget of more than $1.3bn (£1.06bn), given to states, territories and tribal nations for wildlife conservation.

While threatened species are protected in the US under the 1973 Endangered Species Act, until now there has been no legal requirement to fund work to boost their numbers. 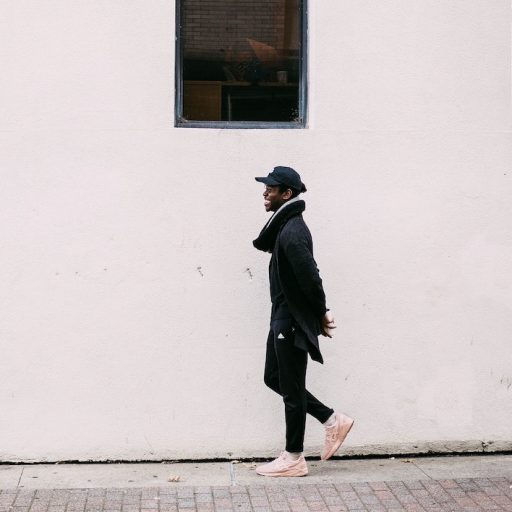 Sticking with the US…

A documentary about a US city’s radical plan to close the wage gap for low-income African American families has premiered at the Tribeca Film Festival.

Evanston, a city in Illinois, moved to address the harmful legacies of slavery and discriminatory policies by paying some low-income black residents reparations of $25,000 (£20,420).

Sixteen citizens were chosen to receive the payments. The money can only be used for home deposits, mortgages or home repairs. The policy is funded by a tax on cannabis.

The documentary, dubbed The Big Payback, follows the journey of rookie alderman Robin Rue Simmons as she leads the community in an uphill battle to obtain reparations. It is scheduled for release in early 2023. 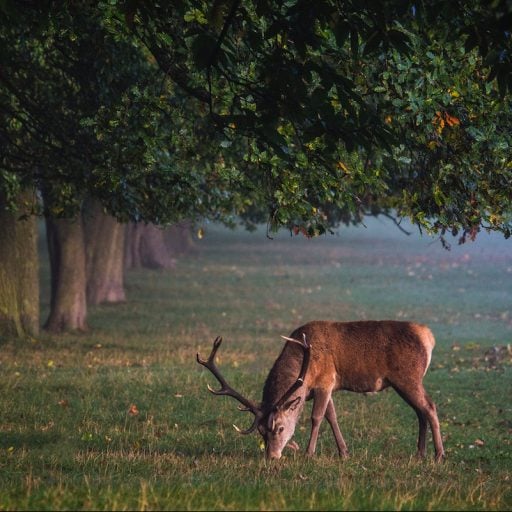 One in five British councils are rewilding – report

Think of rewilding and what springs to mind? Wellied landowners planting trees? Perhaps, but a report out this week revealed that a fifth of councils in Britain have launched rewilding schemes, or plan to – proof, say the authors, that “rewilidng is not just for toffs”.

The study – a joint investigation by the Guardian and wildlife magazine Inkcap Journal – found that former golf courses, old industrial estates and neglected waterways are among the sites that are being returned to nature.

“The idea that rewilding is a niche interest for those who can afford it is nonsense,” said campaigner Ben Goldsmith. “It is something that we need to pursue big and small in as many places as possible. In an urban context, that means creating areas where nature is allowed to function: pockets of wildness in our parks, on rooftops, along riverbanks.”

Derby city council is one trailblazer. Last year it gave the go-ahead to the UK’s largest urban rewilding project. 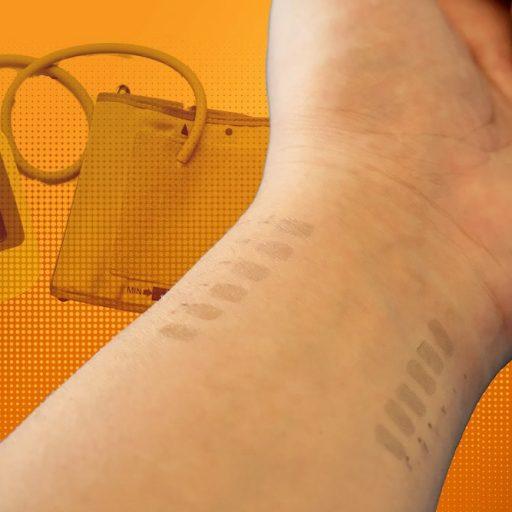 Tattoos that monitor blood pressure: it sounds like science fiction, but this week the technology was given a ‘grade A’ rating for accuracy in the US.

Blood pressure is one of the most important indicators of heart health, but it’s tough to frequently and reliably measure.

Enter researchers at the University of Texas Austin and Texas A&M University. They developed a temporary electronic tattoo that can be worn comfortably on the wrist for hours and deliver continuous blood pressure measurements.

Roozbeh Jafari, co-leader of the project, described cuff-less blood pressure monitoring as the “holy grail”. The results of the study were published in Nature Nanotechnology. 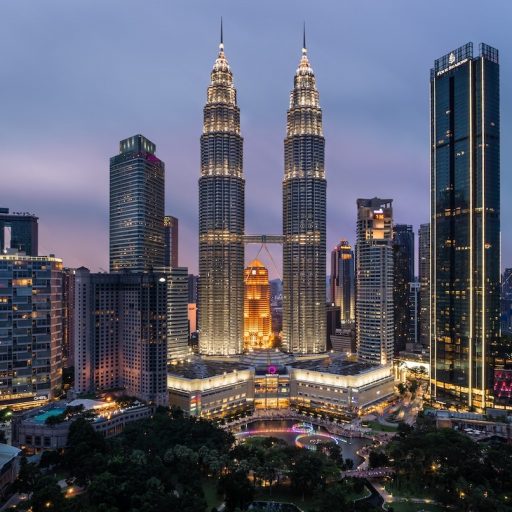 Human rights campaigners have welcomed an announcement by the Malaysian government that it will abolish the country’s mandatory death penalty.

It is a rare sign of progress in a region where capital punishment is routinely imposed, even for crimes such as drug offences.

“The death penalty is incompatible with fundamental tenets of human rights and dignity,” said the United Nations in a statement. “We will continue to support Malaysia in its efforts towards full abolition.” 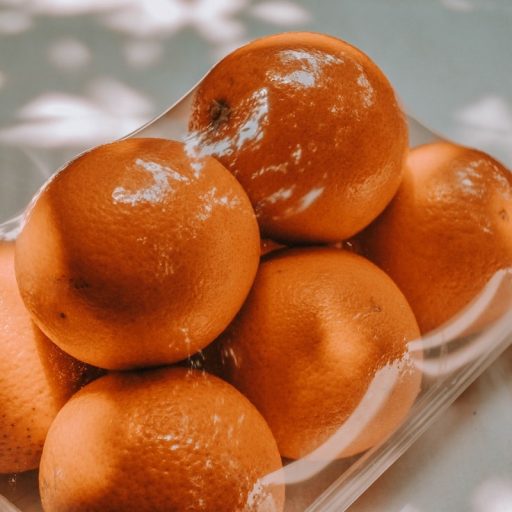 An alternative to plastic wrapping was developed

Is this the beginning of the end for plastic packaging? US scientists are optimistic after they developed a biodegradable, plant-based coating that can be sprayed on to foods.

The stringy material is spun from a heating device that resembles a hair dryer and shrink-wrapped over foods. The technology was developed by researchers from Rutgers University, New Jersey.

Philip Demokritou, director of the university’s Nanoscience and Advanced Materials Research Center, said: “We have come up with a scalable technology that enables us to turn biopolymers, which can be derived from food waste, into smart fibres that can wrap food directly.” 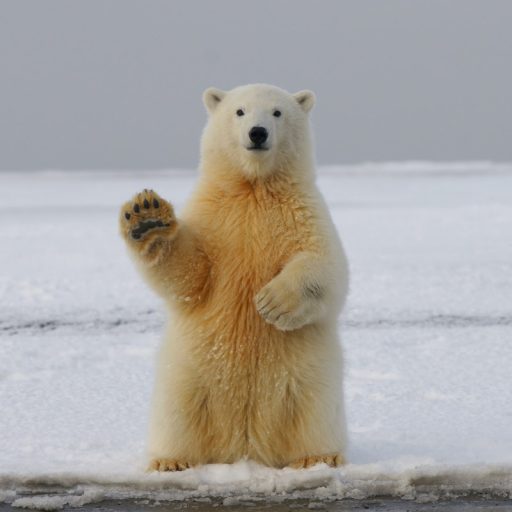 There was hope for polar bears

The polar bear has become a poster child for our warming world, with ice melt in the Arctic threatening its very existence.

But this week there was a glimmer of hope for the species after a subpopulation in Greenland was found to be thriving despite a lack of sea ice. It is believed that the animals, numbering several hundred, have adapted to hunting on ice that has calved off glaciers.

“This small, genetically distinct group of bears could shed light on how polar bears as a species might persist in an ice-free Arctic,” said lead researcher, Kristin Laidre, an animal ecologist at the University of Washington in Seattle.

The results of the study were published in Nature. 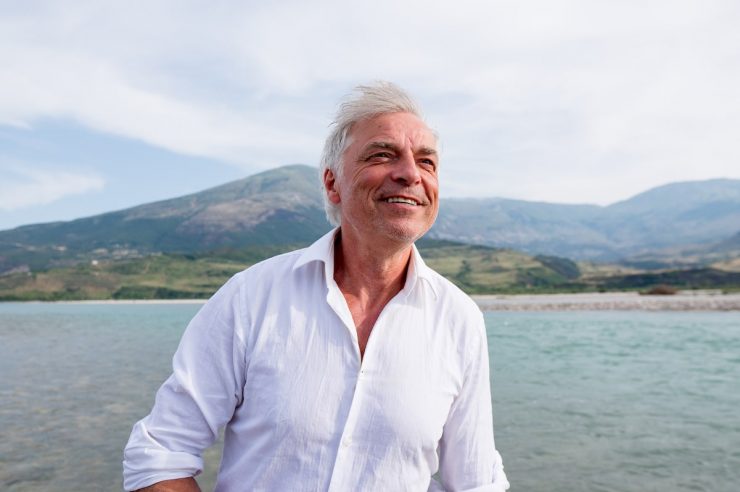 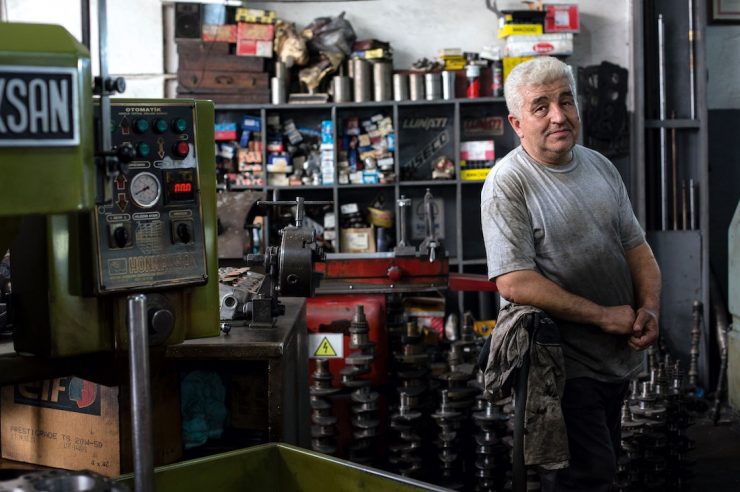 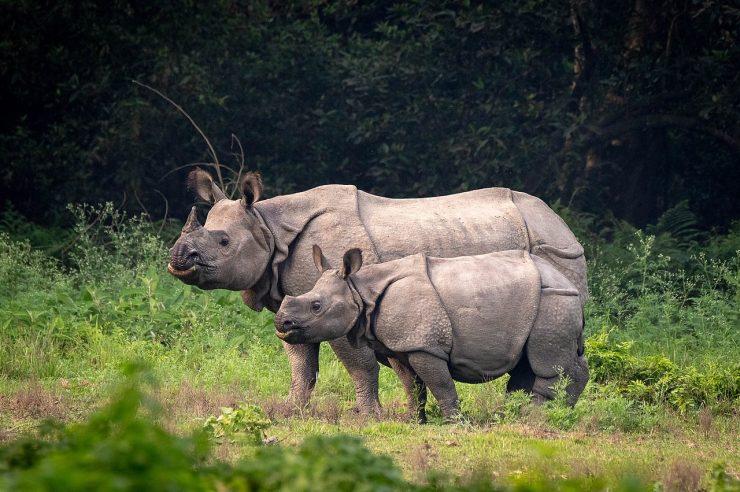