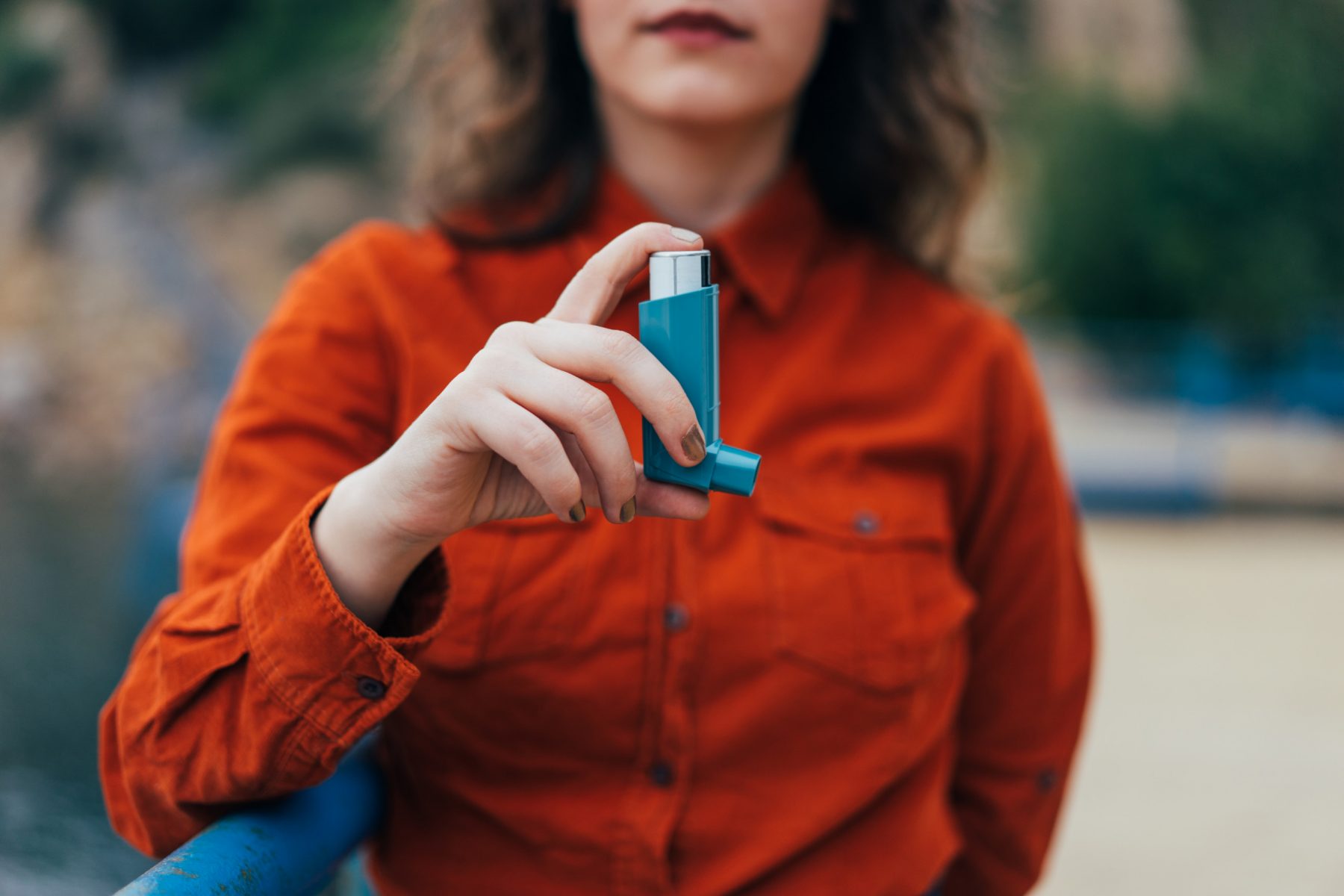 With over 260 million people affected globally, asthma is no small problem. From awareness-raising efforts to the domestic treatments being developed to help those afflicted, here are the people and projects leading the charge to address it 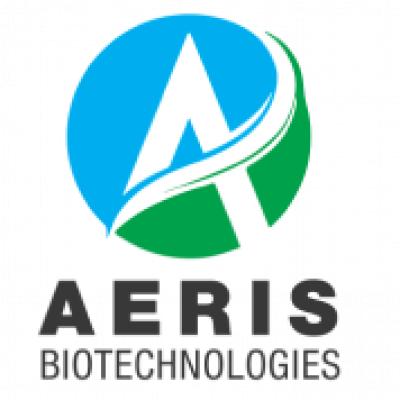 With over 260 million people affected globally, asthma is no small problem. From awareness-raising efforts to the domestic treatments being developed to help those afflicted, here are the people and projects leading the charge to address it

Frequently under-diagnosed and under-treated – and often dismissed as an insignificant childhood disease – the reality is that asthma can be a deadly killer, claiming over 1,000 lives a day and affecting an estimated 262 million people worldwide. Globally, asthma remains the most common chronic disease among children, according to the World Health Organization.

Indoor and outdoor allergens, urbanisation, poor air quality and exposure to tobacco smoke are leading causes, and while medication can help control the illness, a reluctance to engage with long-term treatment is thwarting progress.

“Like a lot of medicines, in order to keep it under control you have to take it even if you haven’t got symptoms,” says Dr Samantha Walker, director of research and innovation at Asthma + Lung UK.

“That’s really illogical to the vast majority of people. They forget, life gets in the way.”

Advances in biologic therapies – injectable drugs that block inflammation – are bringing hope to sufferers of severe asthma, but these treatments can be expensive, costing as much as $39,000 (£32,349) a year per patient. 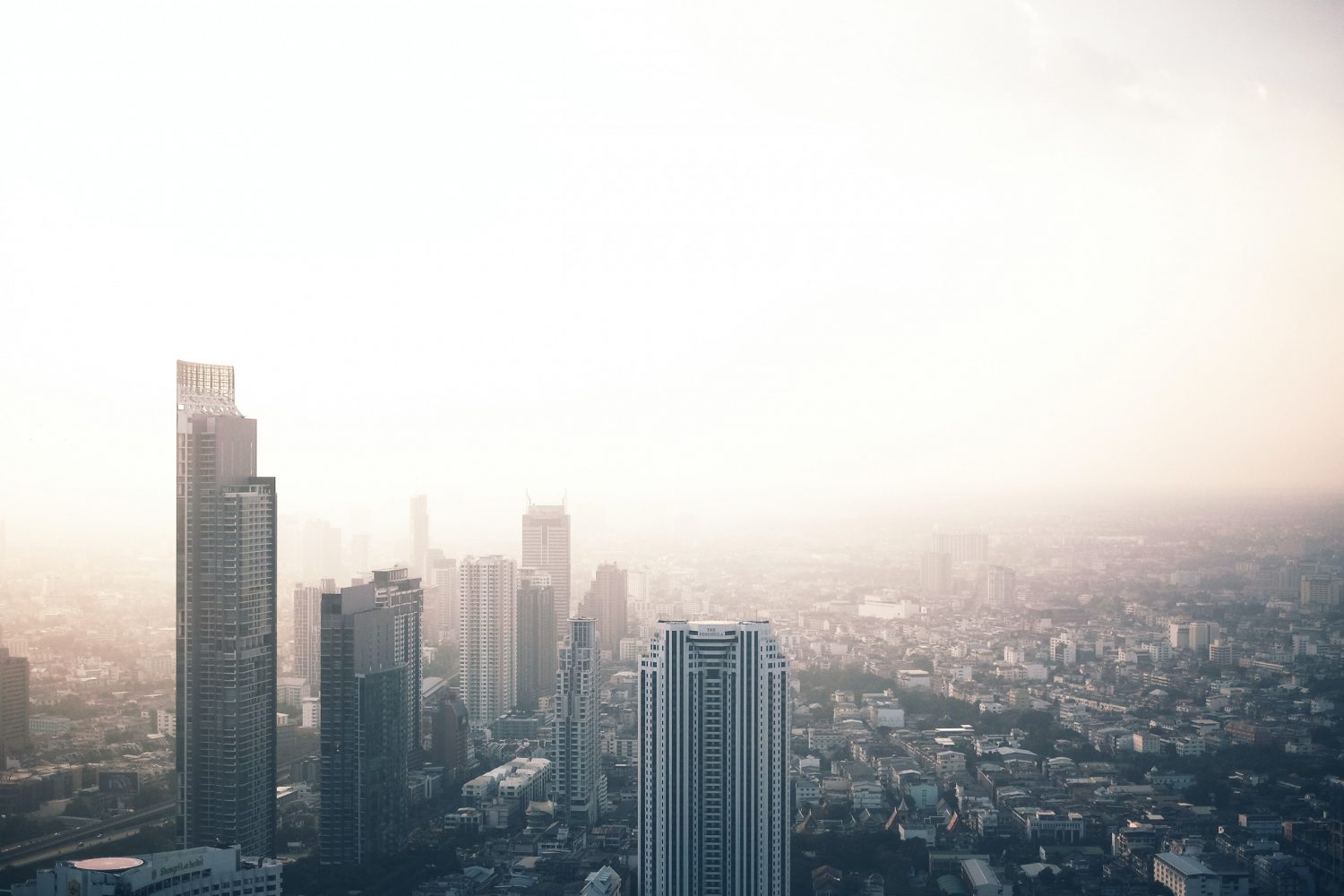 “They’re really effective, but we know that not enough people are on them,” says Walker. “It’s not about cost. I think there’s a perception issue both on behalf of the patient, and then potentially on behalf of some doctors and nurses also who think, ‘well it’s only asthma – we don’t need to worry too much.’

“But those at risk can and do die, and that’s tragic, particularly when it’s young people.”

Perhaps, as ever, prevention is better than cure. With that in mind, Positive News delved into three initiatives that aim to help us all breathe a little easier.

1. The medics cycling for cleaner air

Proven links between poor air quality and asthma were brought sharply into focus by the death of 9-year-old Ella Kissi-Debrah in the UK, with a coroner ruling in 2020 that road traffic pollution contributed to the asthma attack that killed her.

Medical professionals united in response to the tragedy by launching an awareness campaign, Ride for their Lives, which saw over 30 NHS workers cycle from London’s Great Ormond Street Hospital for Children to Cop26 in Glasgow.

The idea sparked a wave of collaborative action across the globe, with rides coinciding with last year’s Cop27 and taking place in Europe, the US and as far away as Coyhaique in Chilean Patagonia.

Recently retired paediatrician Dr Heather Lambert, formerly of the Great North Children’s Hospital in Newcastle-upon-Tyne, was part of a team who cycled almost 1,000 miles from Geneva to Naples last October.

Ride for their Lives is about healthcare people recognising what the problem is, and saying, ‘time’s running out’

“We met all sorts of climate activists along the way,” she said. “People trying to reduce traffic around schools and playgrounds, or trying to increase low emission zones and clean air zones.

“We have to get away from burning fossil fuels and causing our children to inhale all those emissions because it’s having a really bad effect on their health.

“Ride for their Lives is about healthcare people recognising what the problem is, and saying, ‘time’s running out – we actually need to be much more vocal about this,” she added.

If the notion of sharing your bed with two-and-a-half million dust mites fills you with horror, spare a thought for the 60 per cent of asthma sufferers triggered by these skin cell-munching micro bugs.

Dust mite faeces contain a protein recognised as one of the major causes of allergen-related asthma, and – unlike seasonal attacks triggered by pollen – its effects can be felt year-round.

To add to the general ick factor, these microscopic creatures thrive in bedding, carpets, soft furnishings and even cuddly toys. While steps can be taken to mitigate their impact, they are impossible to eradicate from the home and chemical pesticides have proven to be largely ineffective. 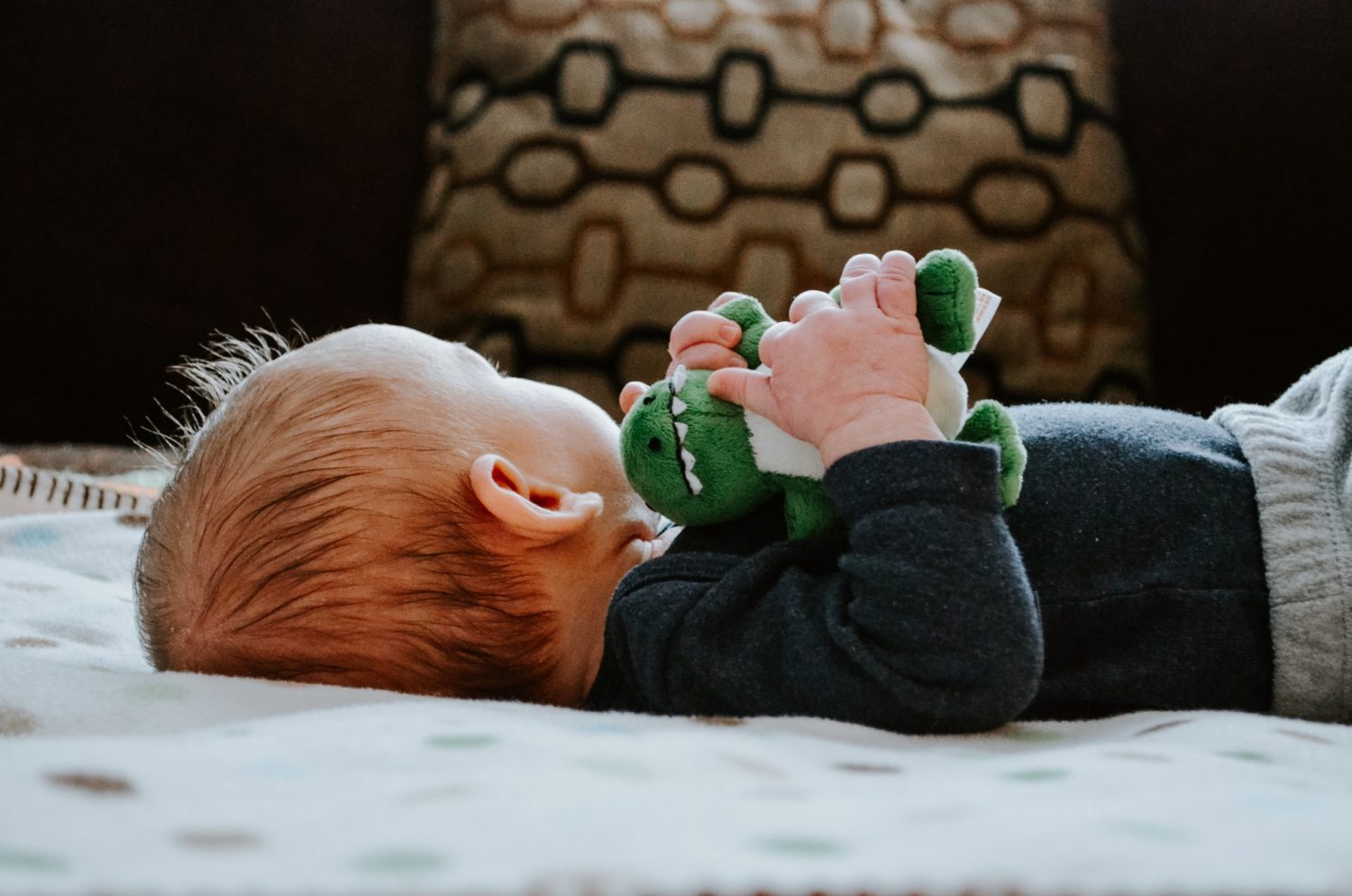 Dust mites can be found in bedding and even stuffed toys. Image: Kelly Sikkema

One company taking a pioneering approach is US startup Aeris Biotechnologies. Instead of chemicals, Aeris uses biological control, working on the principle that all organisms have natural enemies that keep their populations in check.

For Aeris, that natural enemy is likely to be a fungus-based insecticide administered as fine granules or a powder, and shaken onto carpets or injected into bedding.

“[It] infects the dust mites and spreads outwards,” explains Aeris Biotechnologies’ co-founder Dr David Harper. “The mites become the vector that spreads it through the population, not just into the rest of the mattress but also into the places you can’t reach like the dust under your floorboards.”

Harper’s method has been patented in seven territories, including the US, UK and the EU, and he hopes to bring it to market within four years.

A natural approach to help those with asthma Dust mites are a leading cause of asthma. Aeris Biotech is developing an in-home treatment kit that uses completely natural agents, to effectively target dust mite populations, even in hard to reach areas Click here to find out more

3. Stubbing out to save lives

Despite smoking being a proven asthma trigger, almost a fifth of adult US sufferers still light up, putting themselves at risk of attacks which, over time, can lead to lasting lung damage and diseases such as emphysema and chronic bronchitis.

But not everyone who inhales tobacco smoke does so out of choice.

The Asthma and Allergy Foundation of America says that as many as 40 per cent of children needing emergency hospital treatment for asthma live with smokers. Meanwhile a report by the Truth Initiative, a US-based nonprofit that aims to condemn smoking to the ash heap of history, reveals that one in six youths with the disease are exposed to secondhand smoke in the home. 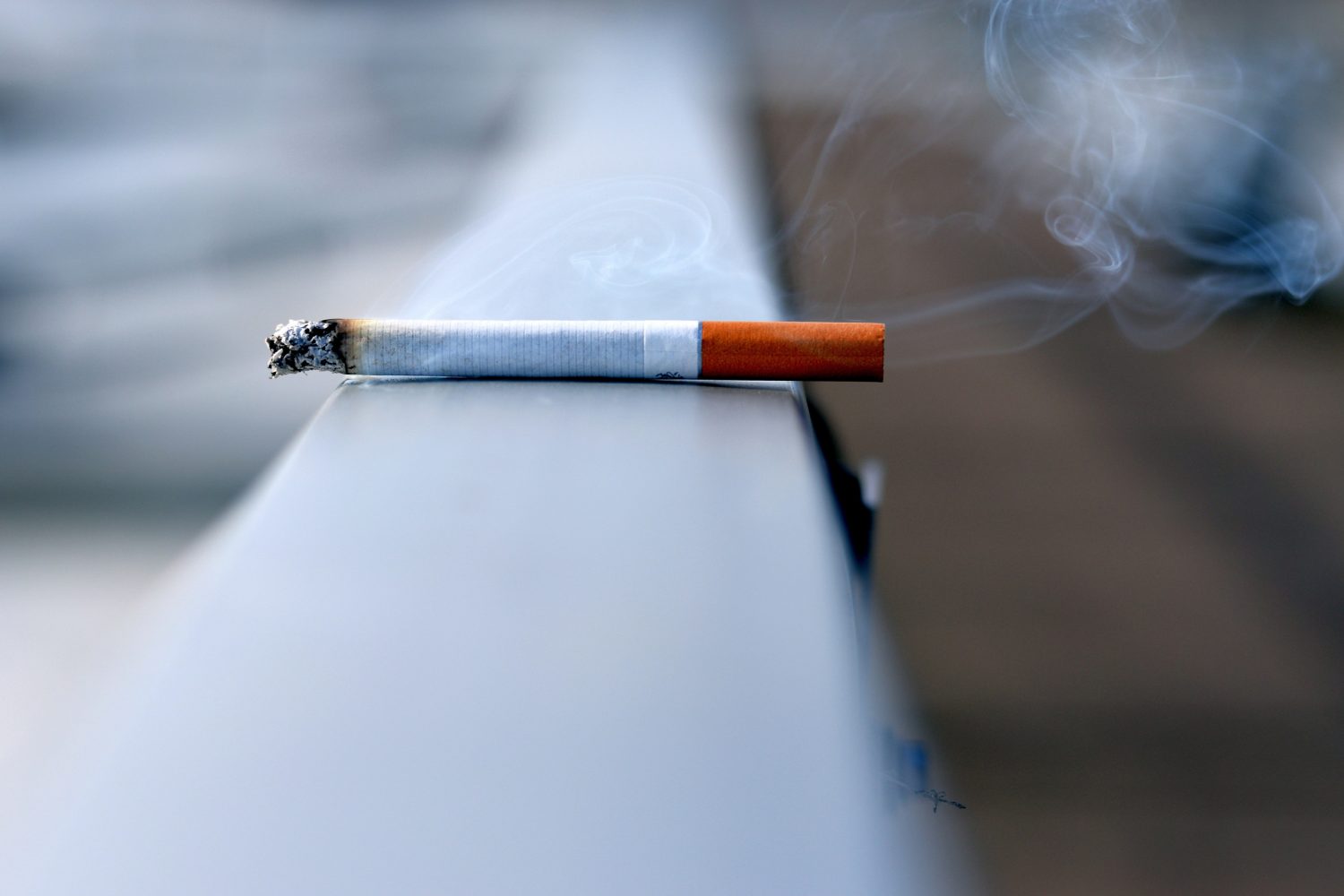 Over 15 per cent of youths with asthma are exposed to secondhand smoke in the home. Image: Andres Siimon

One leading player in the global fight against smoking is The Campaign for Tobacco Free Kids, backed by Bloomberg Philanthropies and the Bill & Melinda Gates Foundation.

Marking its 25th anniversary in 2022, the organisation campaigns against predatory tobacco marketing that targets teens, and led calls for a US Food and Drug Administration (FDA)-proposed ban on menthol and flavoured cigarettes.

Writing in its latest annual report, president Matthew L. Myers said: “A quarter century of going toe to toe with the tobacco industry has proven the power of relentless advocacy to save lives.” 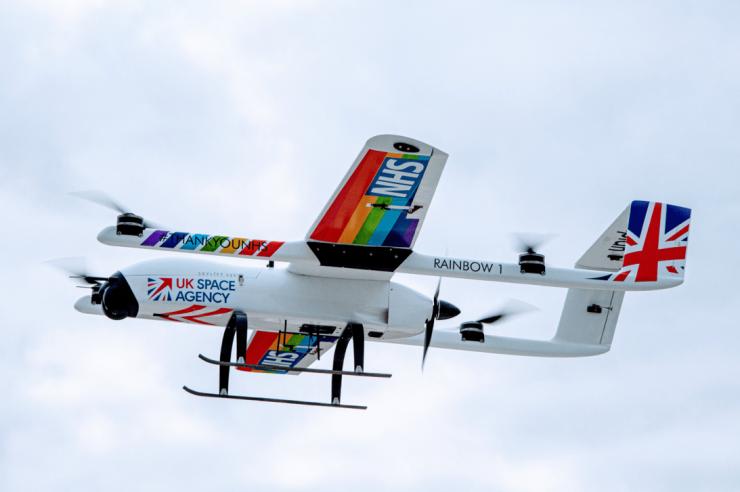 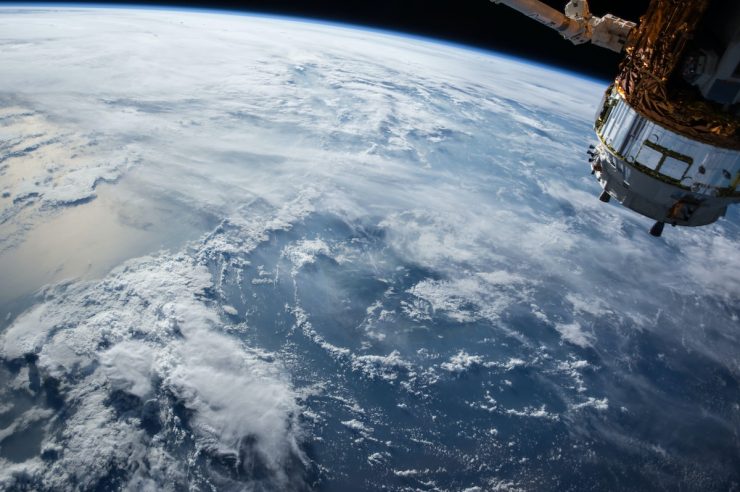 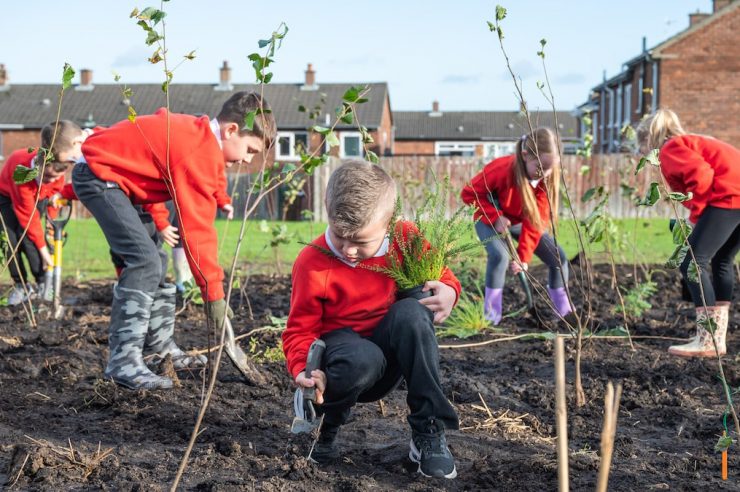