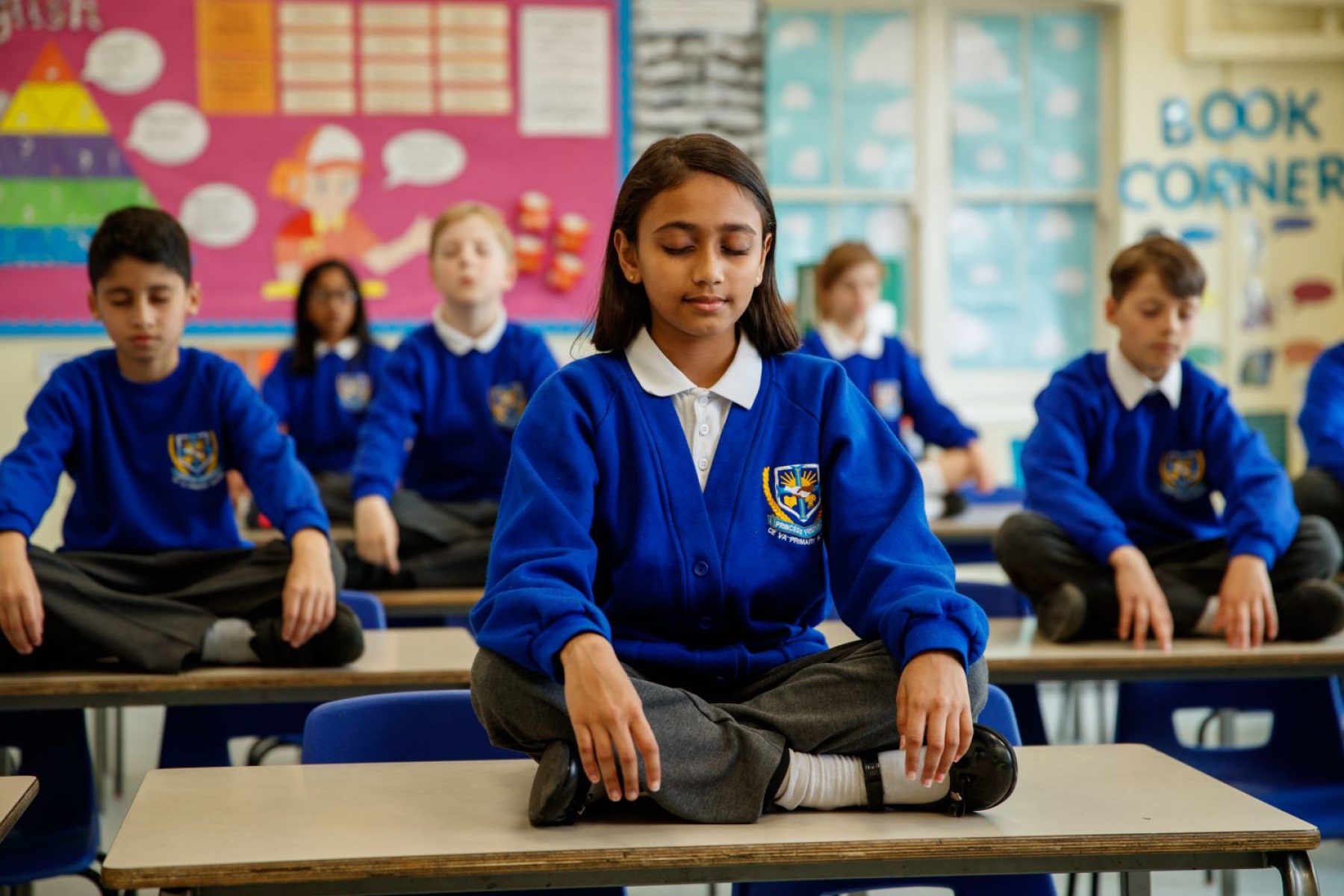 From Australia to the US, pupils have been introduced to relaxation techniques and breathing exercises as part of an initiative to encourage mindfulness in schools.

“At first I wasn’t sure if it was helping me, but, as it went along, I started to enjoy it,” said Sam, a 10-year-old pupil at Princess Frederica primary school in Brent, London. “We sit on the tables with our legs crossed and our arms by our side and we follow a mindfulness video. We normally did it straight after lunch, after we had been running around, and one day we didn’t do it and I felt like there was something missing. I felt less calm.”

The week-long meditation initiative, A Mindful Moment, was organised in May by ClassDojo, a school communications app. Some teachers have since continued the initiative.

Though practiced by some cultures for centuries, mindfulness has soared in popularity in the west in recent years. It comes as the health and wellbeing benefits of taking time out to contemplate, from improved concentration and reduced anxiety, are better understood.

“I think it helped me to concentrate more,” said Sam, who has since been following mindfulness videos at home via ClassDojo. “One evening I was feeling upset about something someone said to me, so we put on some mindfulness and it helped me calm down.”

In photos: schoolchildren try out mindfulness 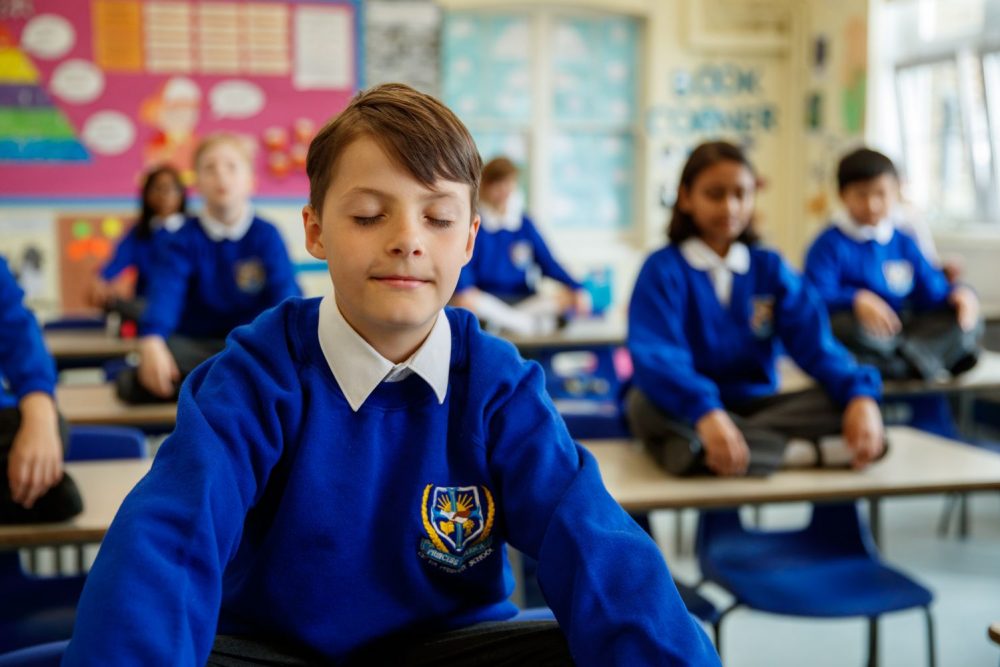 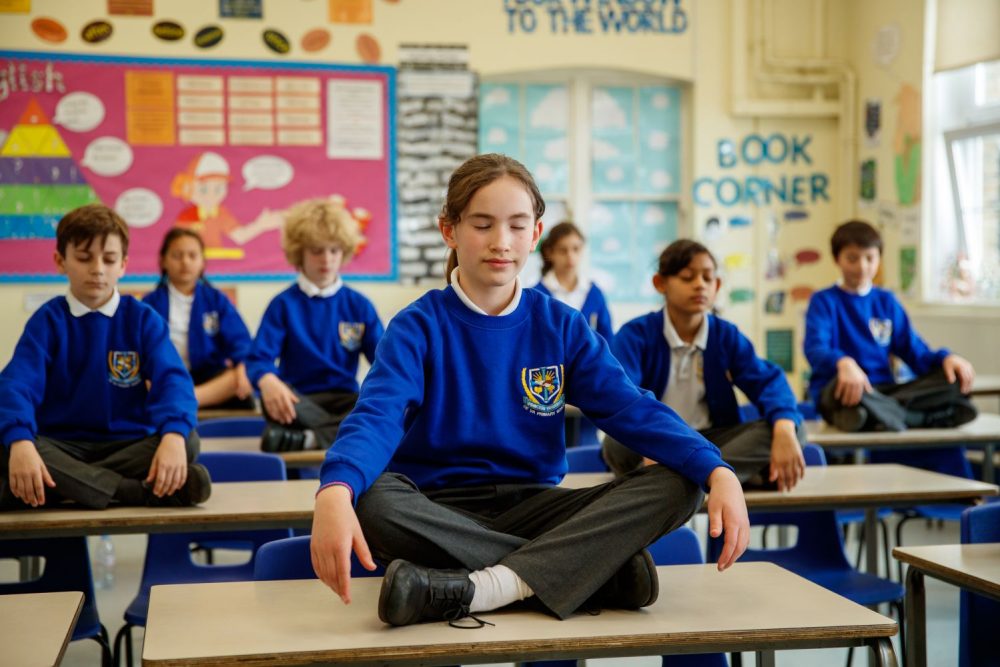 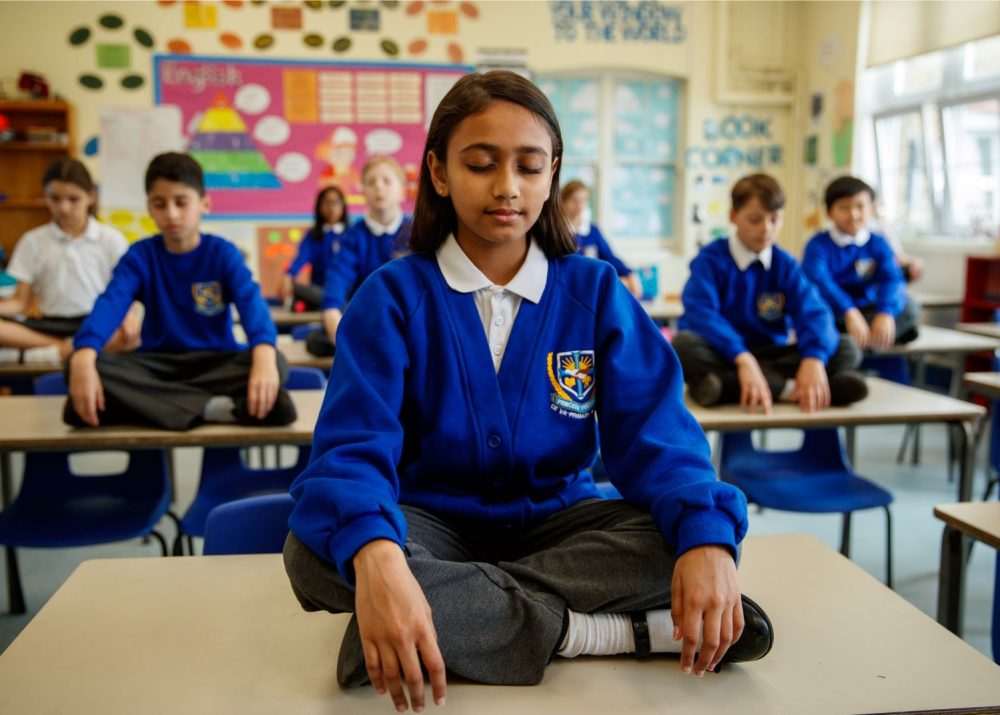 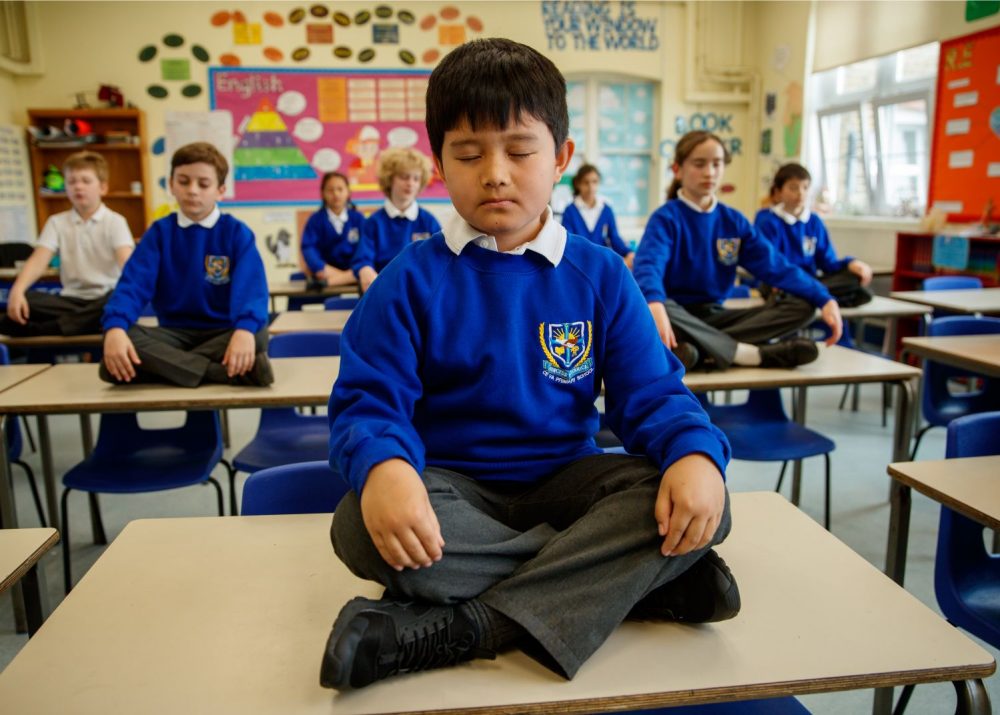