Rising up: meet the people who campaign for ‘real bread’

The Real Bread Campaign, which campaigns for bread that is made without any artificial additives, unveils its new ambassadors

The Real Bread Campaign, which campaigns for bread that is made without any artificial additives, unveils its new ambassadors

Instigated by the artisan baker and activist Andrew Whitley, the Real Bread Campaign is run by the food and farming charity Sustain: the alliance for better food and farming. Starting from a simple, basic definition of ‘real bread’ as that made without any artificial additives, the campaign states its mission as finding and sharing ways to make bread better for us, better for communities and better for the planet.

It has a network of paying supporters from more than 20 countries and includes small-batch retail and wholesale bakers, home-based ‘microbakers’, and other people who share its passion. 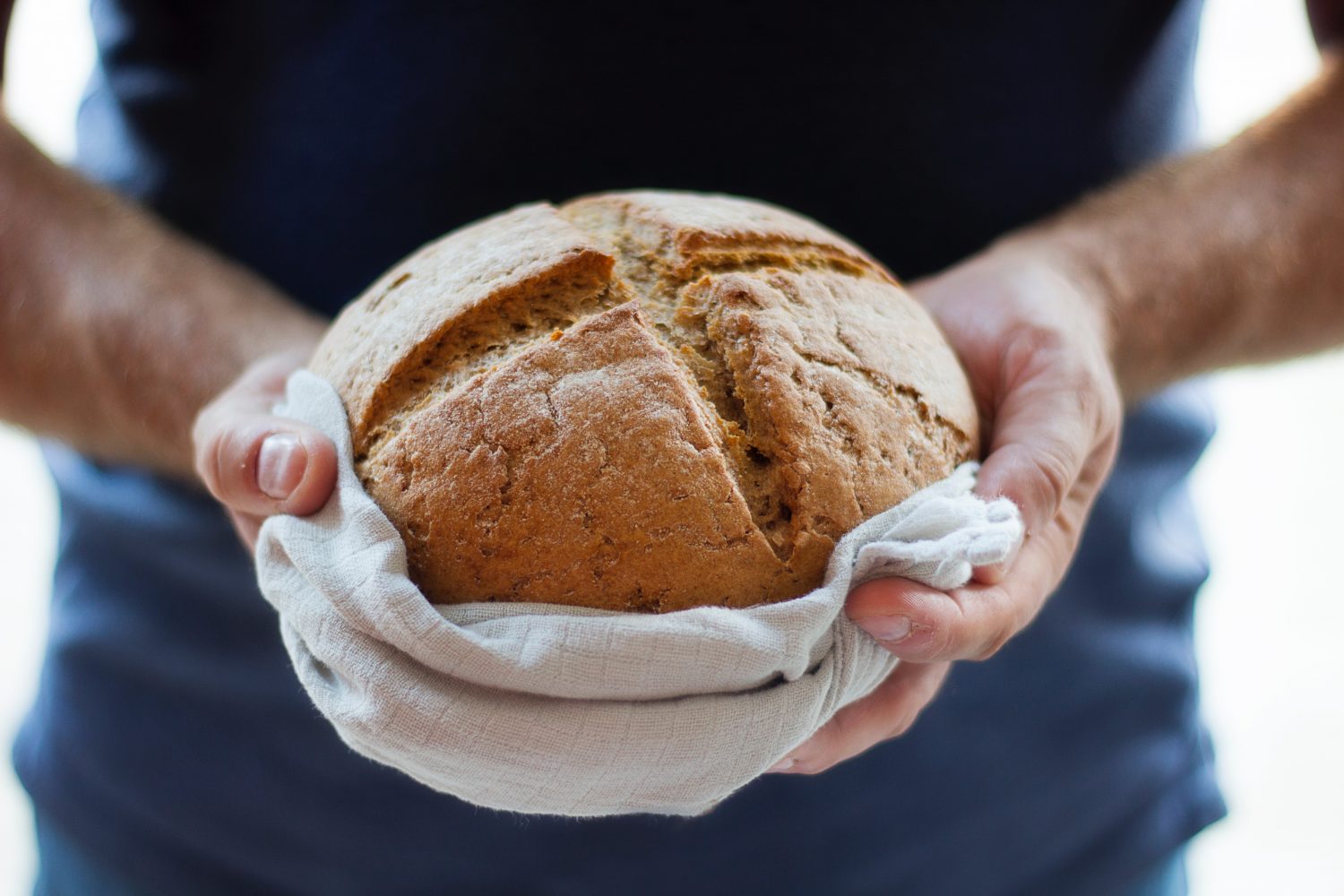 Since its launch in November 2008, the campaign has helped more than 10,000 children to learn to bake bread, as well as publishing the Knead to Know handbook, and Slow Dough: The Real Bread long ferment recipe book.

As well as championing real bread, the campaign challenges obstacles to its rise, such as industrial loaf fabricators’ use of “unnecessary” additives. It is calling for an Honest Crust Act of improved loaf labelling and marketing legislation, to protect shoppers from being left in the dark or even misled. Current initiatives also include No Loaf Lost, improving the ability of small and medium-sized bakeries to reduce loaf surplus and eliminate waste, and Together We Rise, which aims to generate more interest in the use of bread making as a therapeutic tool.

Now, the Real Bread Campaign has revealed a brand new batch of official ambassadors for its work. Based in England, Scotland, Wales, Mexico, Malaysia and Romania, the 12 women and nine men range from a 14-year-old microbaker, to one who recently moved her bakery out of a shipping container in her garden to the local high street.

Duncan Glendinning is the owner and head baker of Thoughtful Bakery, an award-winning bakery, cafe and baking school in Bath. Co-author of Bread Revolution, he is also no stranger to the TV with appearances on series such as The Victorian Bakers and The Big Bread Experiment. 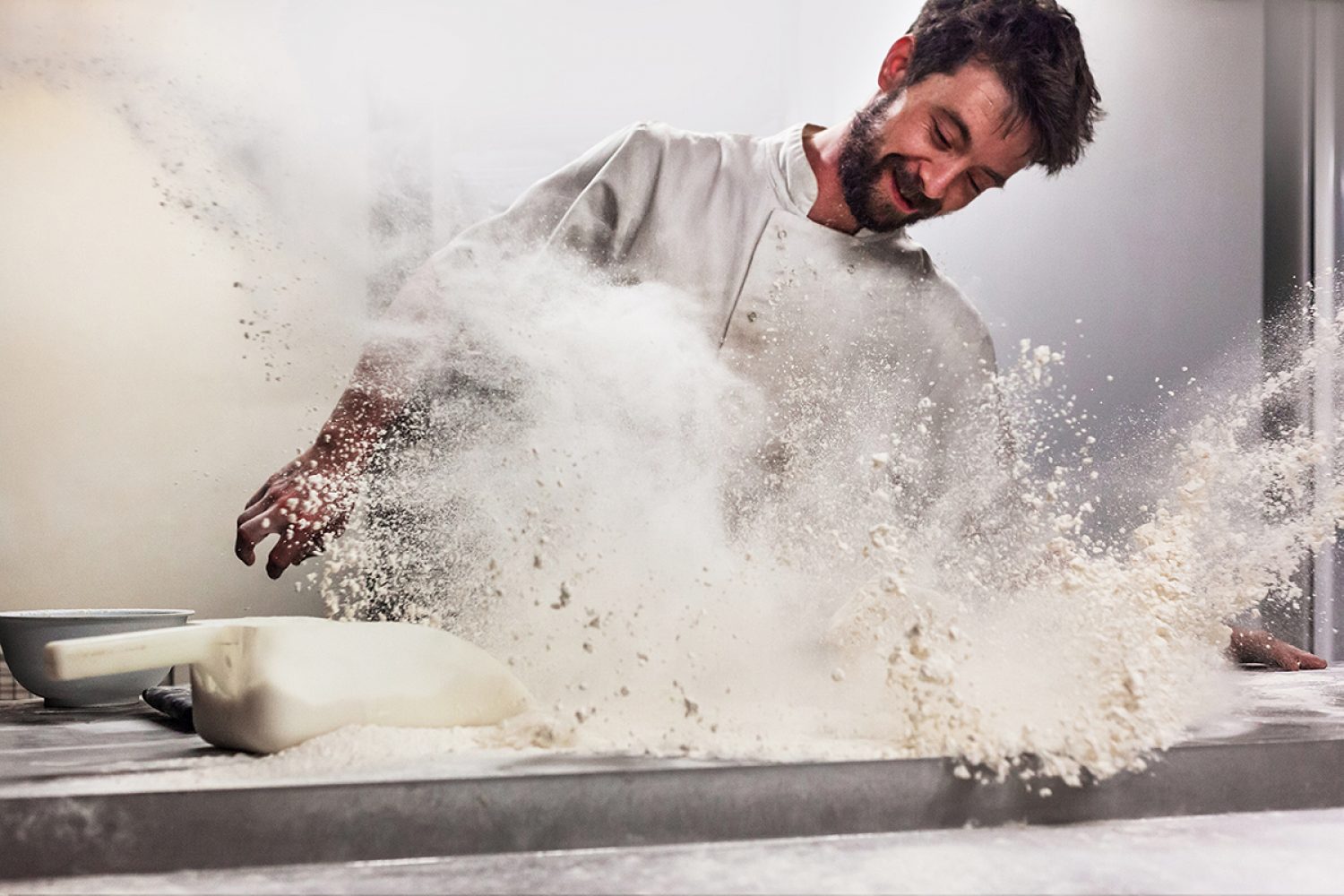 Helen Underwood is the founder of White Cottage Baking School near Cambridge. A former baker, she now teaches breadmaking in the UK and Europe. Underwood champions local millers and her work emphasises the importance of provenance and sustainability. 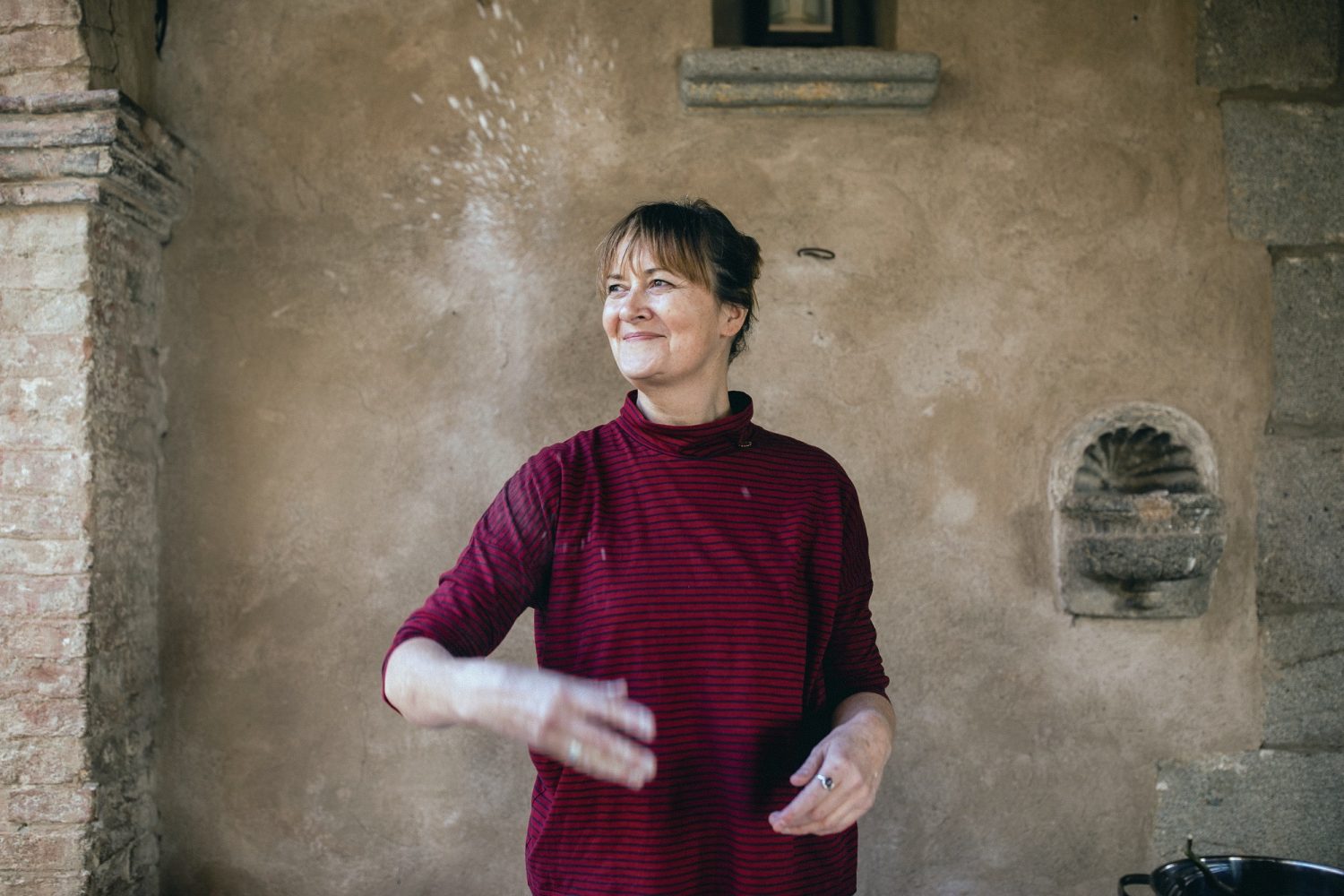 Jack Sturgess AKA Bake with Jack is a professional chef turned bread maker, demonstrator and educator. Sturgess has been teaching breadmaking around and beyond Surrey since 2012 via private and public courses, food festival demonstrations, and his YouTube channel and blog. 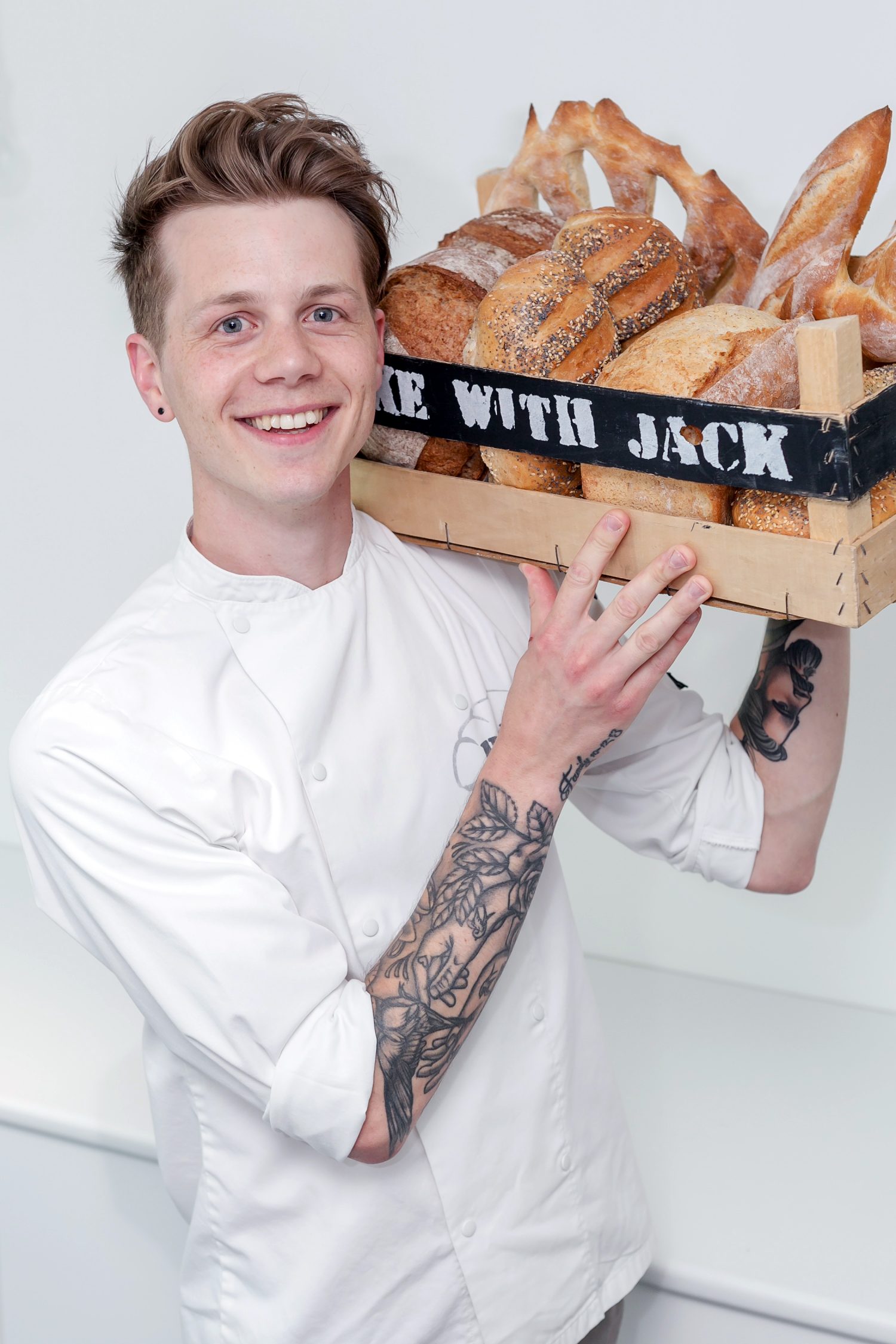 Clare Barton is owner and head baker at The Bakehouse at 124, an award-winning artisan bakery in Tonbridge, Kent. 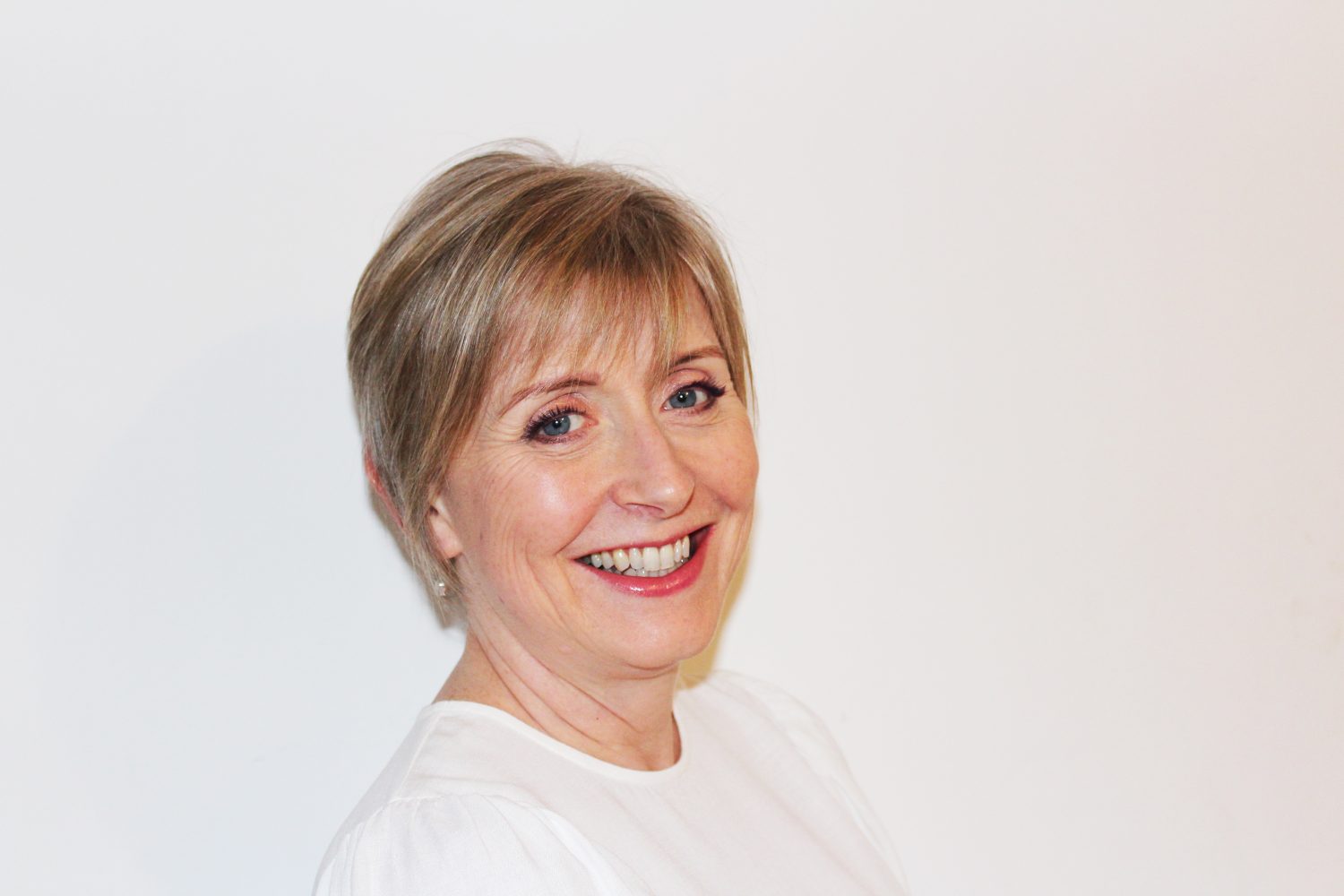 Clare Barton, The Bakehouse at 124

Kitty Tait is the teenage co-owner of the Orange Bakery in Watlington, Oxfordshire, serving up sourdough bread to her local community. She’s passionate about making ‘real bread’ available to everyone. 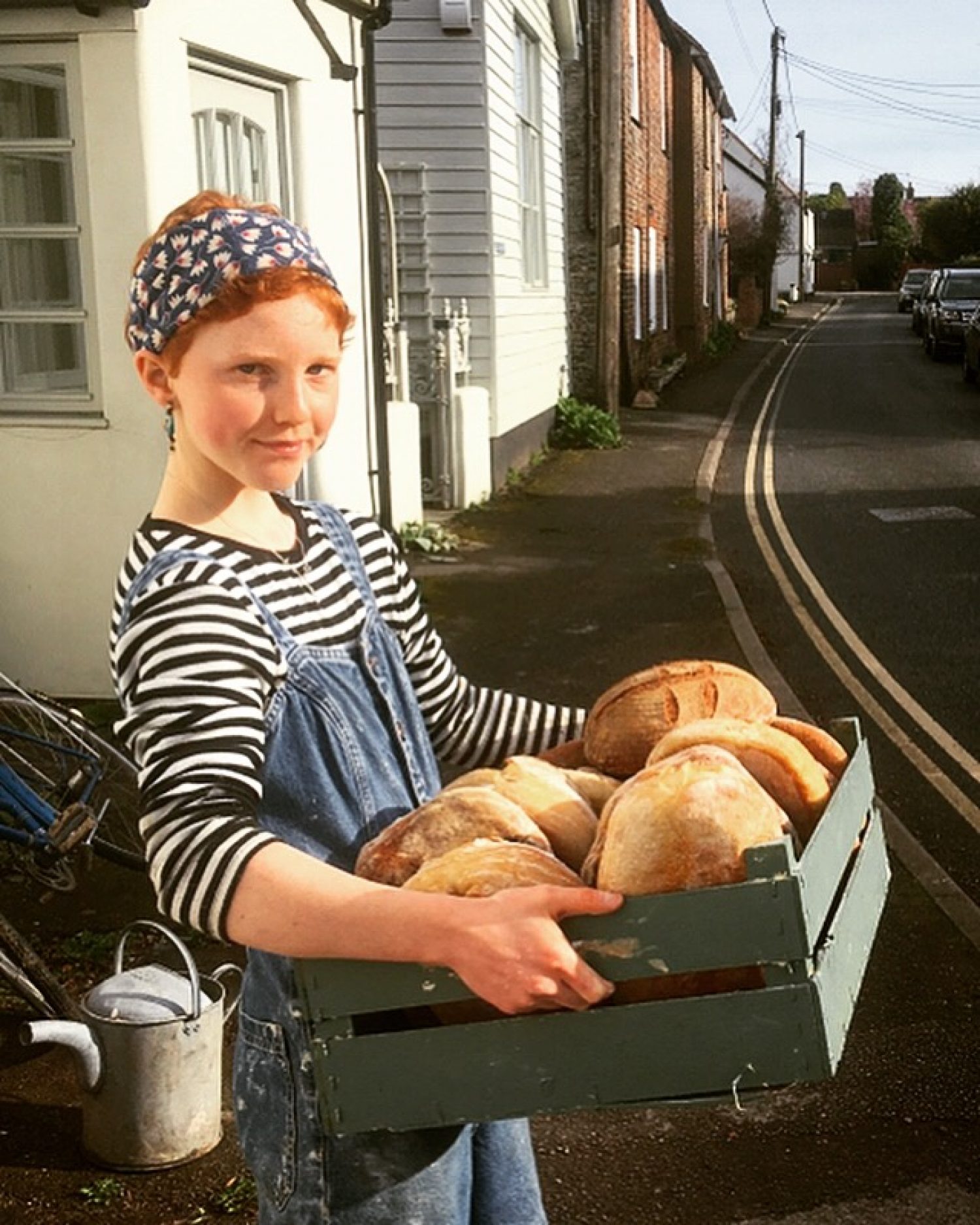 Lucie Steel is the baker and owner of Birch Bread, Berkshire. Having outgrown the microbakery she ran in a shipping container in her garden for six years, she has made the transition to running the thriving village bakery on Pangbourne’s high street. 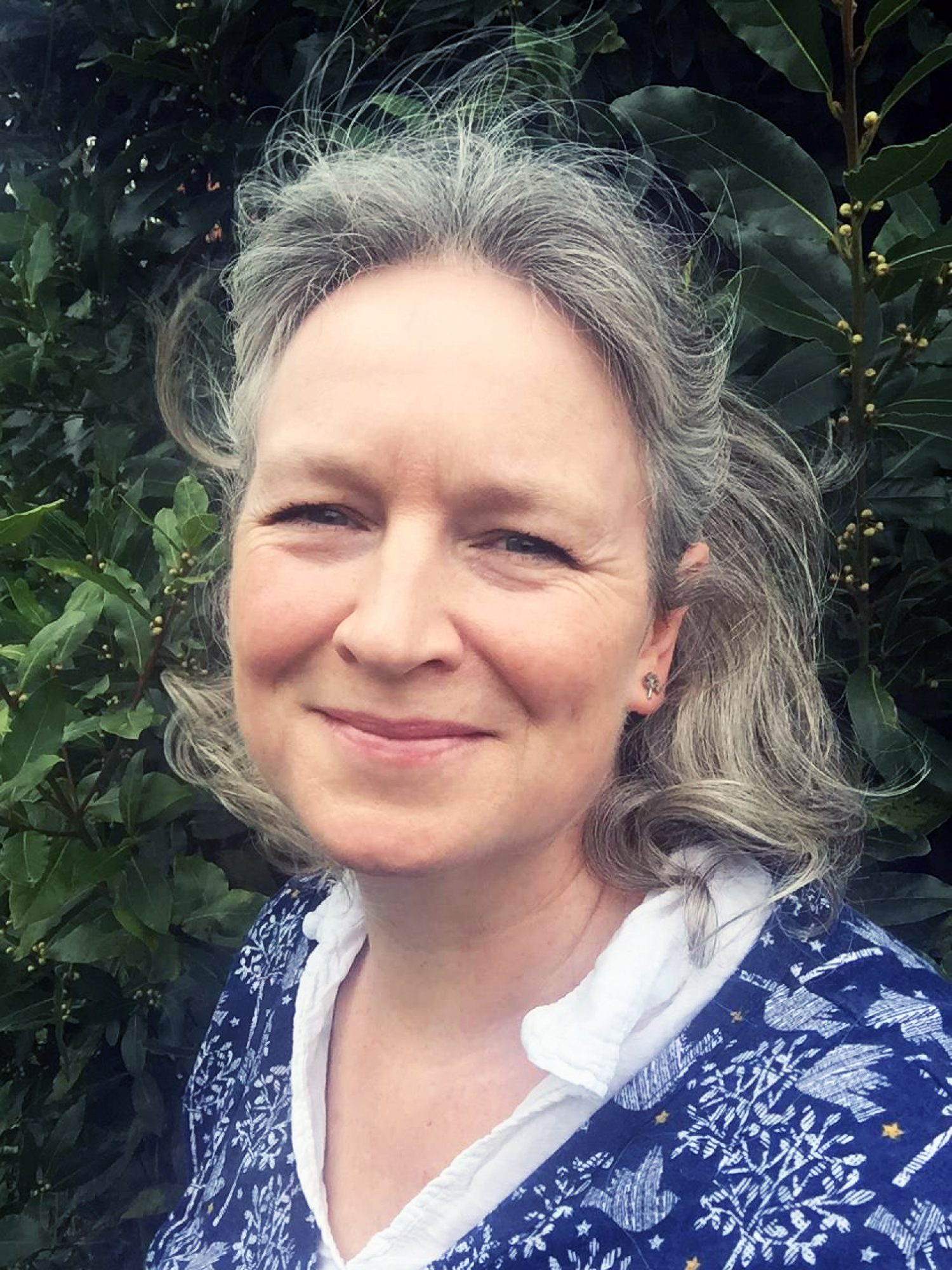 Peter Cook has been a professional baker for more than 25 years. He’s the co-founder, director and head baker at Peter Cooks Bread, an award-winning wholesale bakery sharing Real Bread and pastries with the people of Herefordshire and Worcestershire. 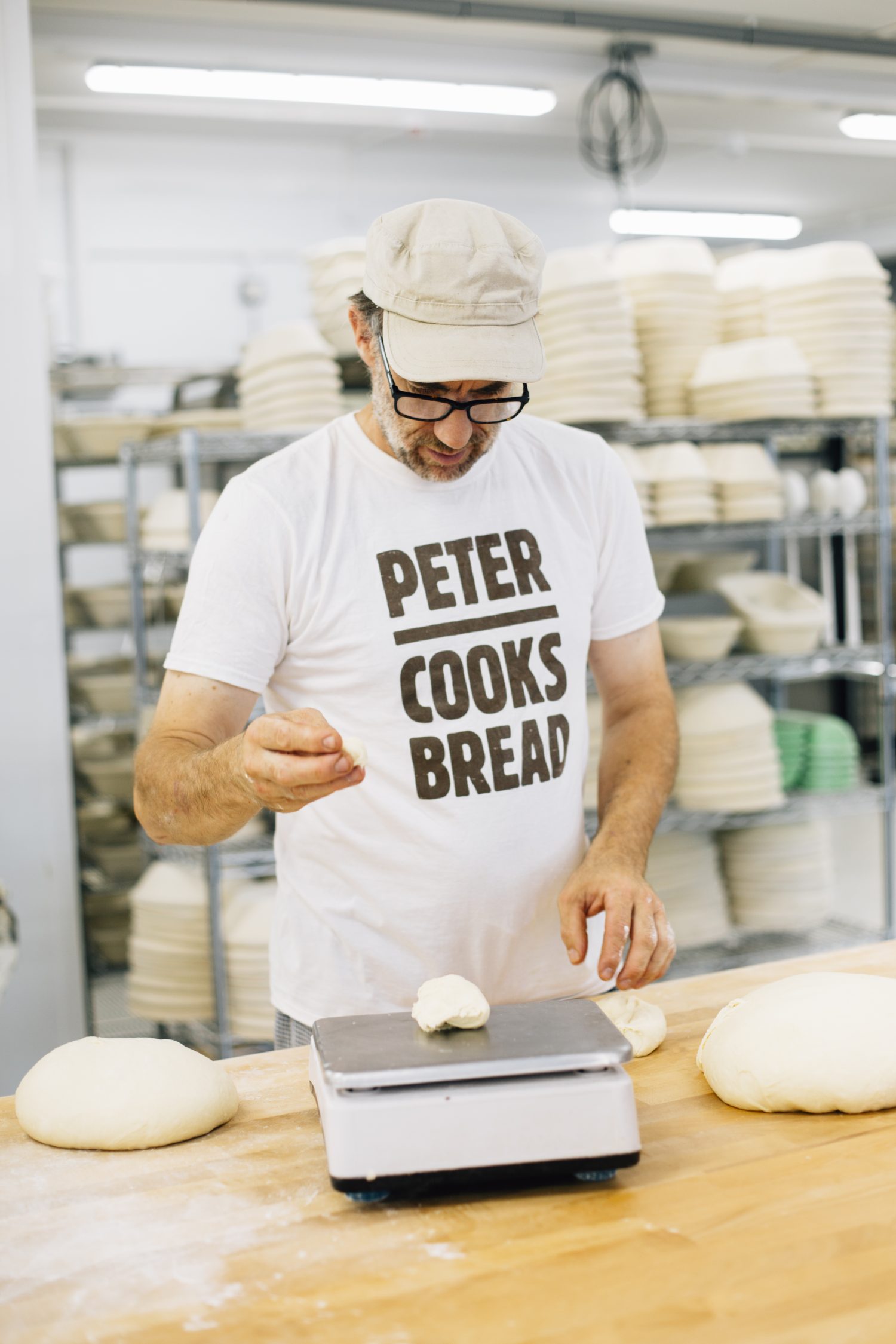 Sonya Hundal is the owner of Greenfield Bakers, a small wood-fired bakery in rural Lincolnshire that uses stoneground organic flour from a local windmill. She says she has been successfully burning things since 2008. 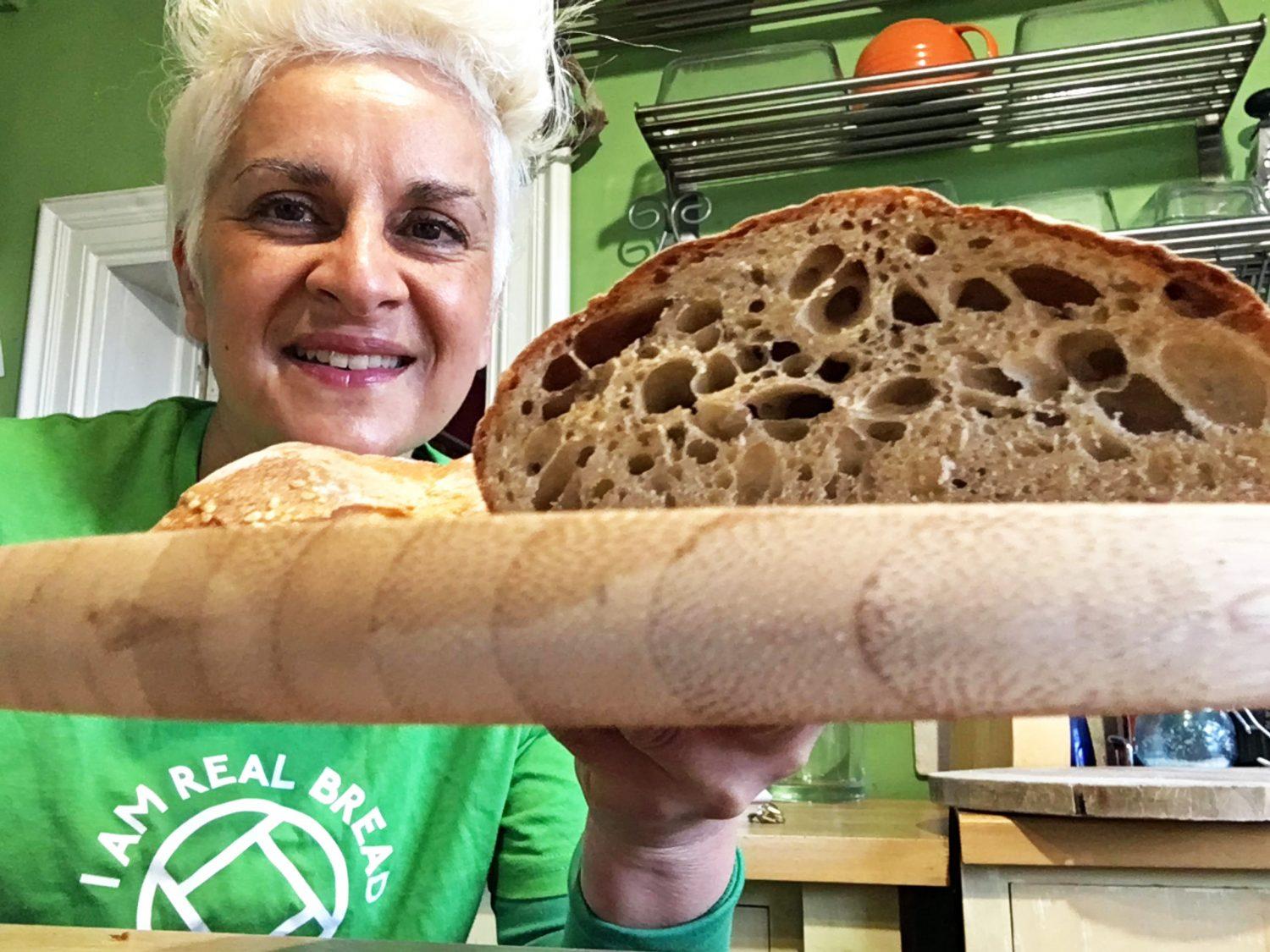 Jane Mason founded Virtuous Bread in 2010 to effect positive social change through bread. She went on to set up Bread Angels, which has become the UK’s largest network of microbakers. A Canadian based in Mexico, Mason has published three books about bread. 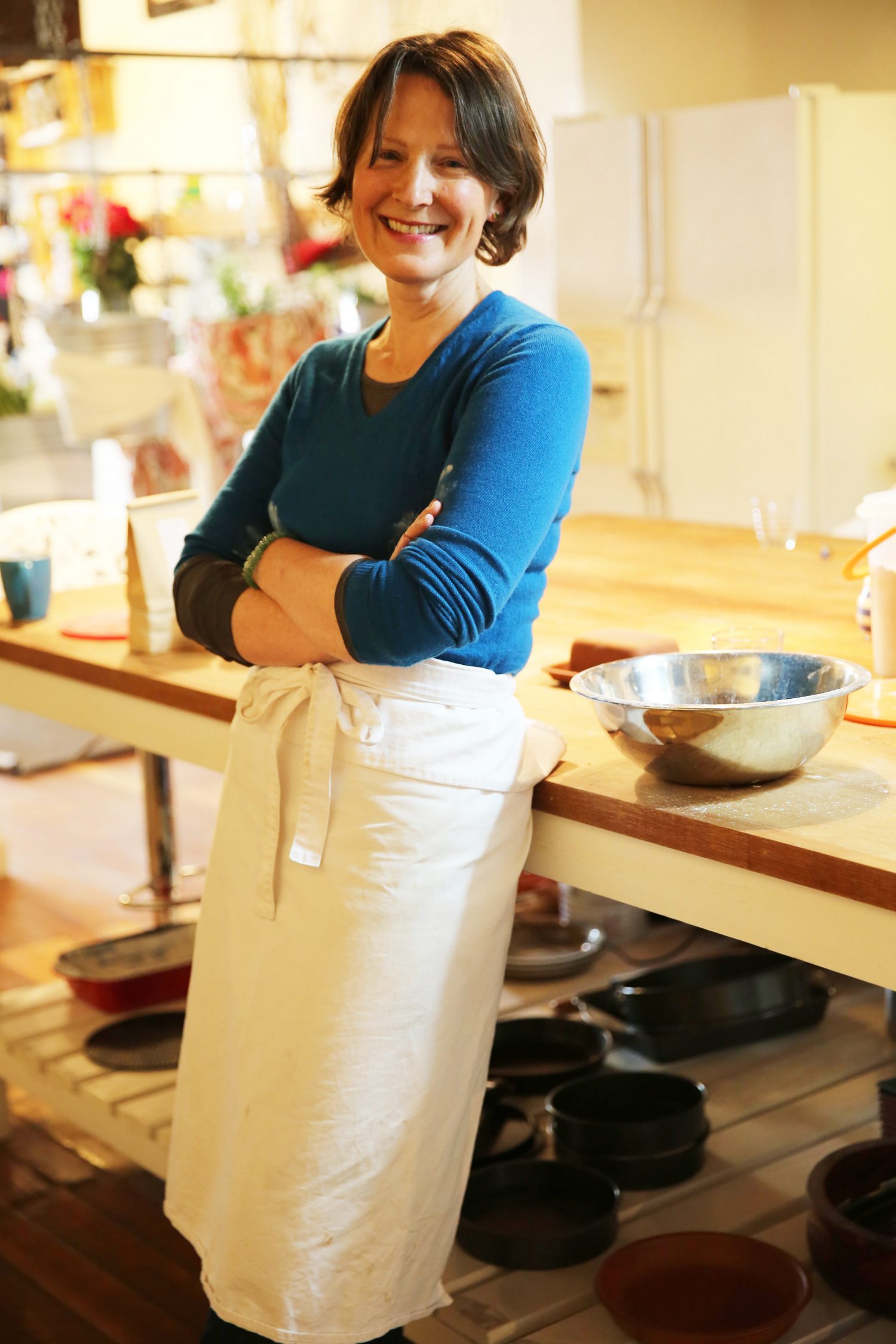 Ian Waterland established his Knead Good Bread microbakery in Leicestershire in 2014. He also teaches ‘breaducation’ and bread therapy in a variety of settings and advises new microbakery startups. 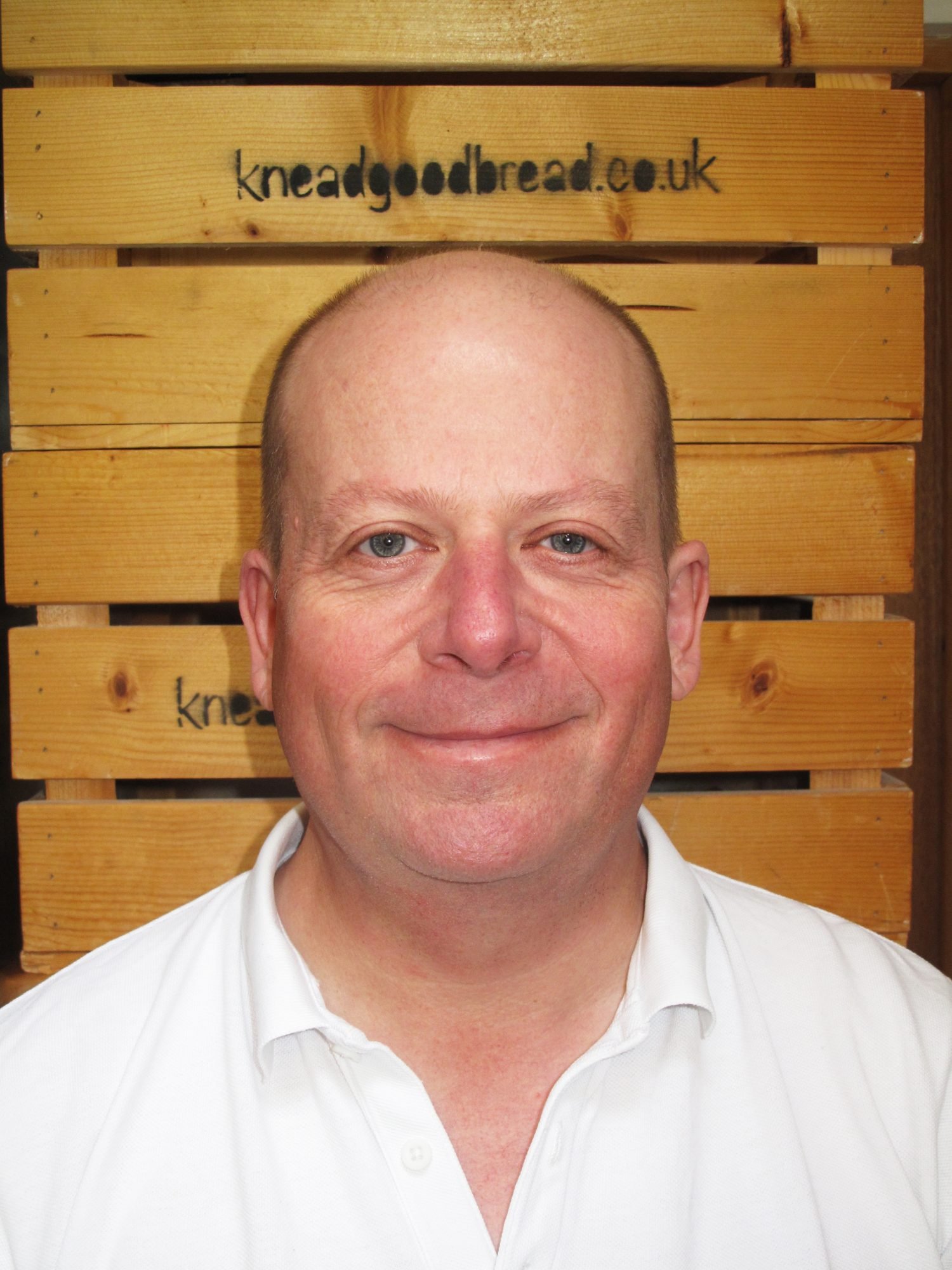 Ameena Nur is the owner of Jeju’s Bakehouse, a microbakery based in Maybole, South Ayrshire. She says she folds love into every loaf and strives to bake the world a better place. 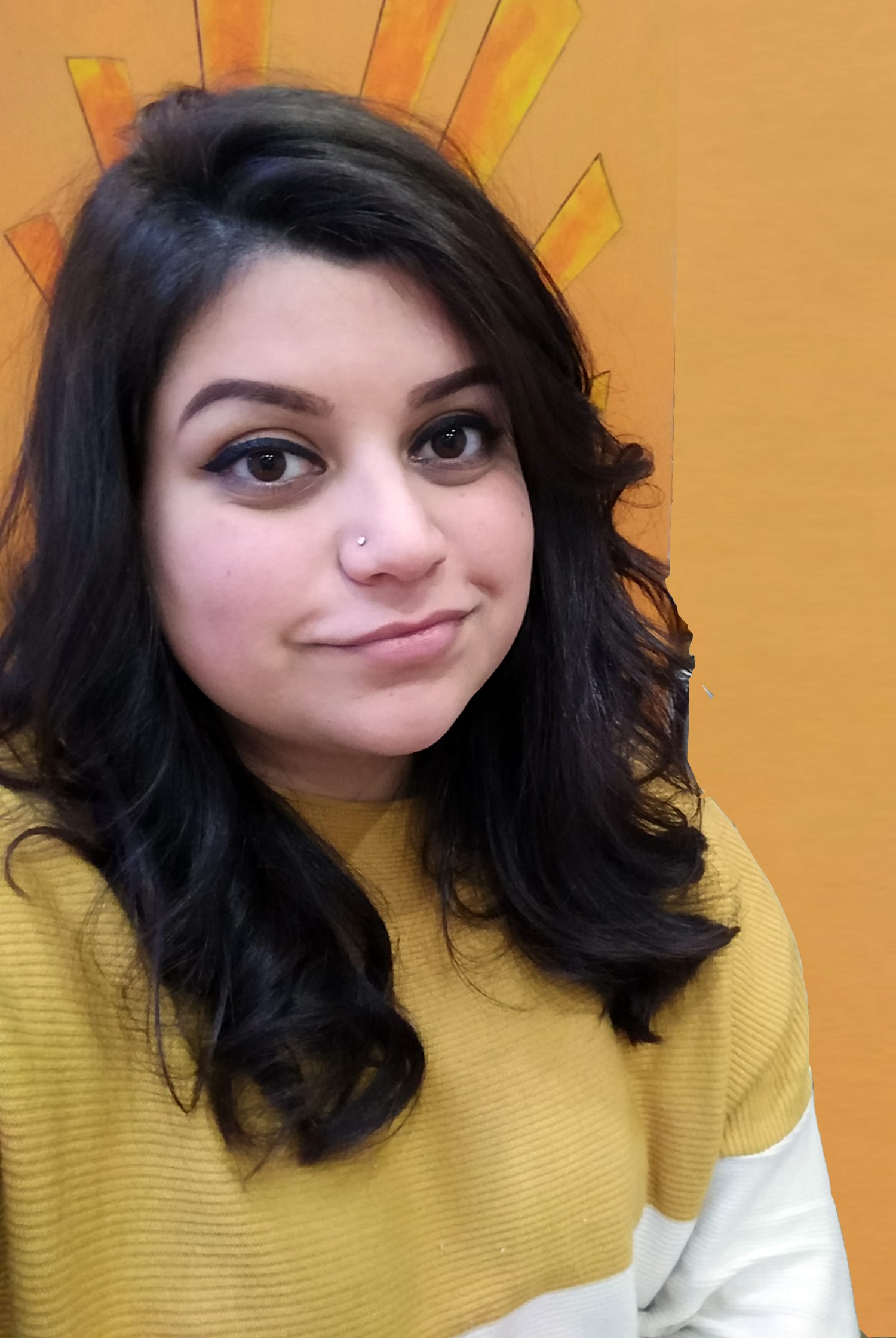 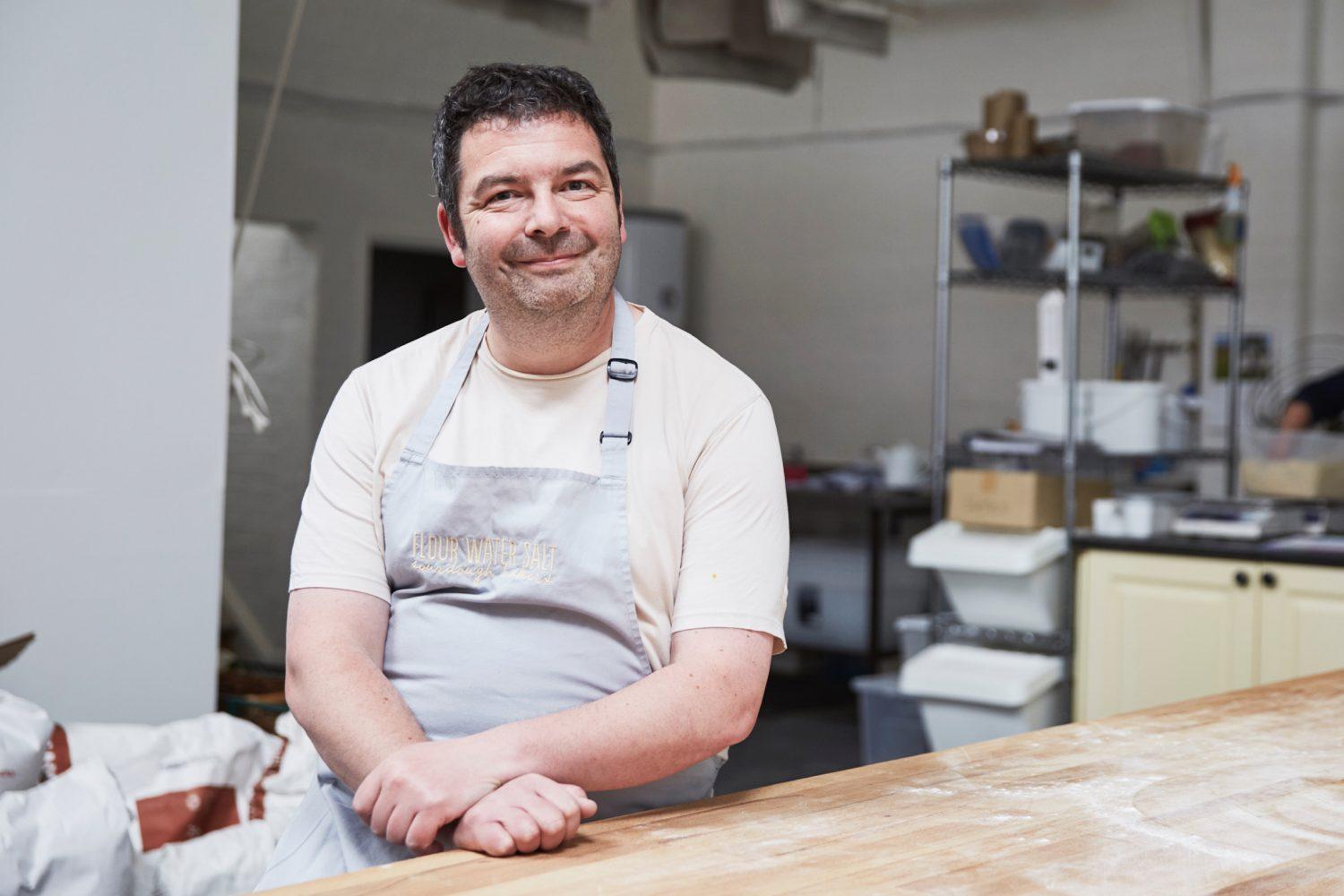 Paul Robinshaw, photographed by the With Love Project

Ben MacKinnon quit his career in sustainability and in 2011 launched E5 Bakehouse, ‘an independent, organic bakery in a spruced up railway arch beneath London Fields station.’ Today, MacKinnon oversees three arches housing the bakery, stone mill, cafe and shop; and work including bakery training for refugees. 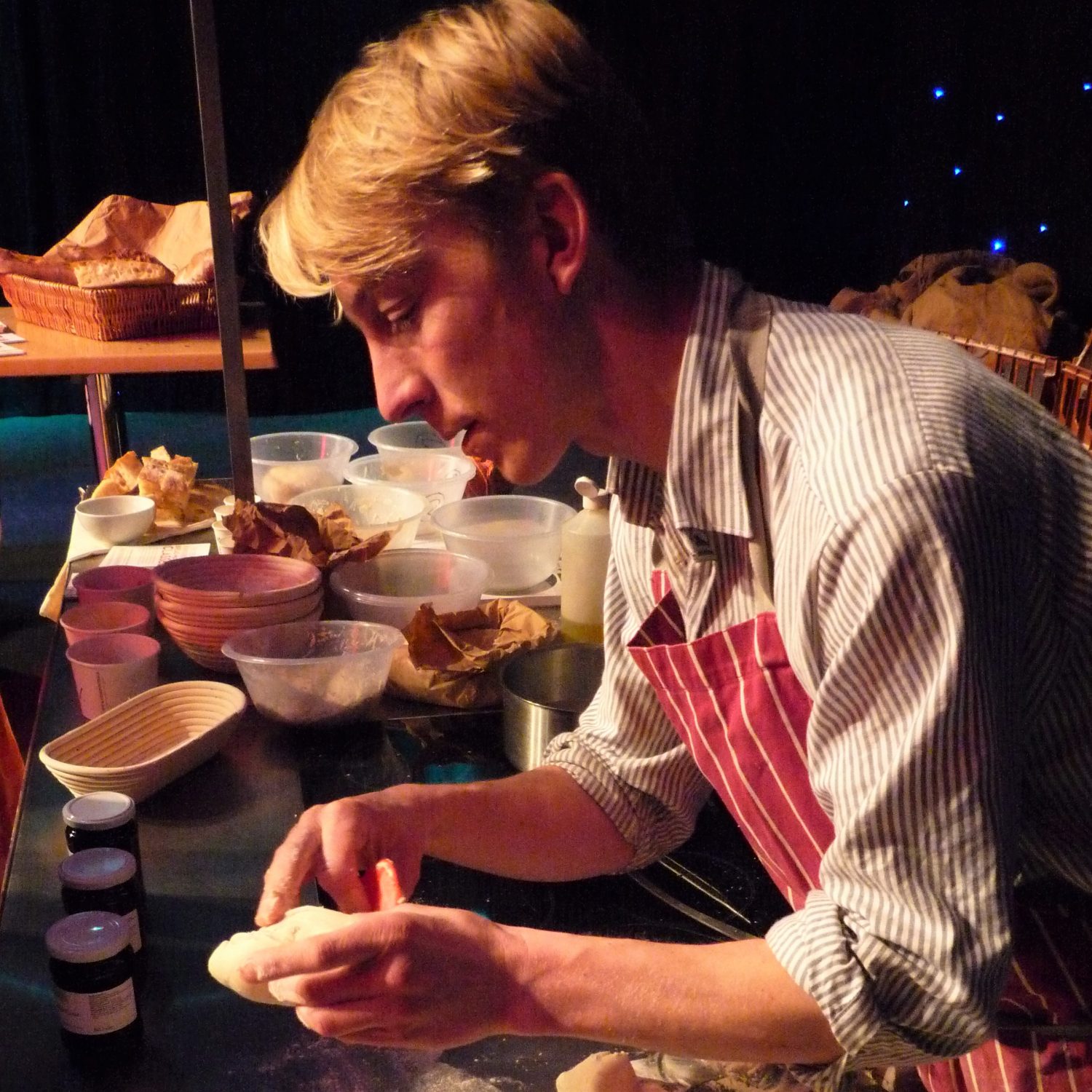 Madeleine (Dilly) Boase says she bakes and eats bread like a champion, as well as talking, teaching and dreaming about it. A National Bakery School dropout (“in protest at the proliferation of crap pap”) based in Monmouthshire, Boase is an advocate of independent shops, co-ops, community-minded businesses, and creates recipes for low-cost, low waste cooking. 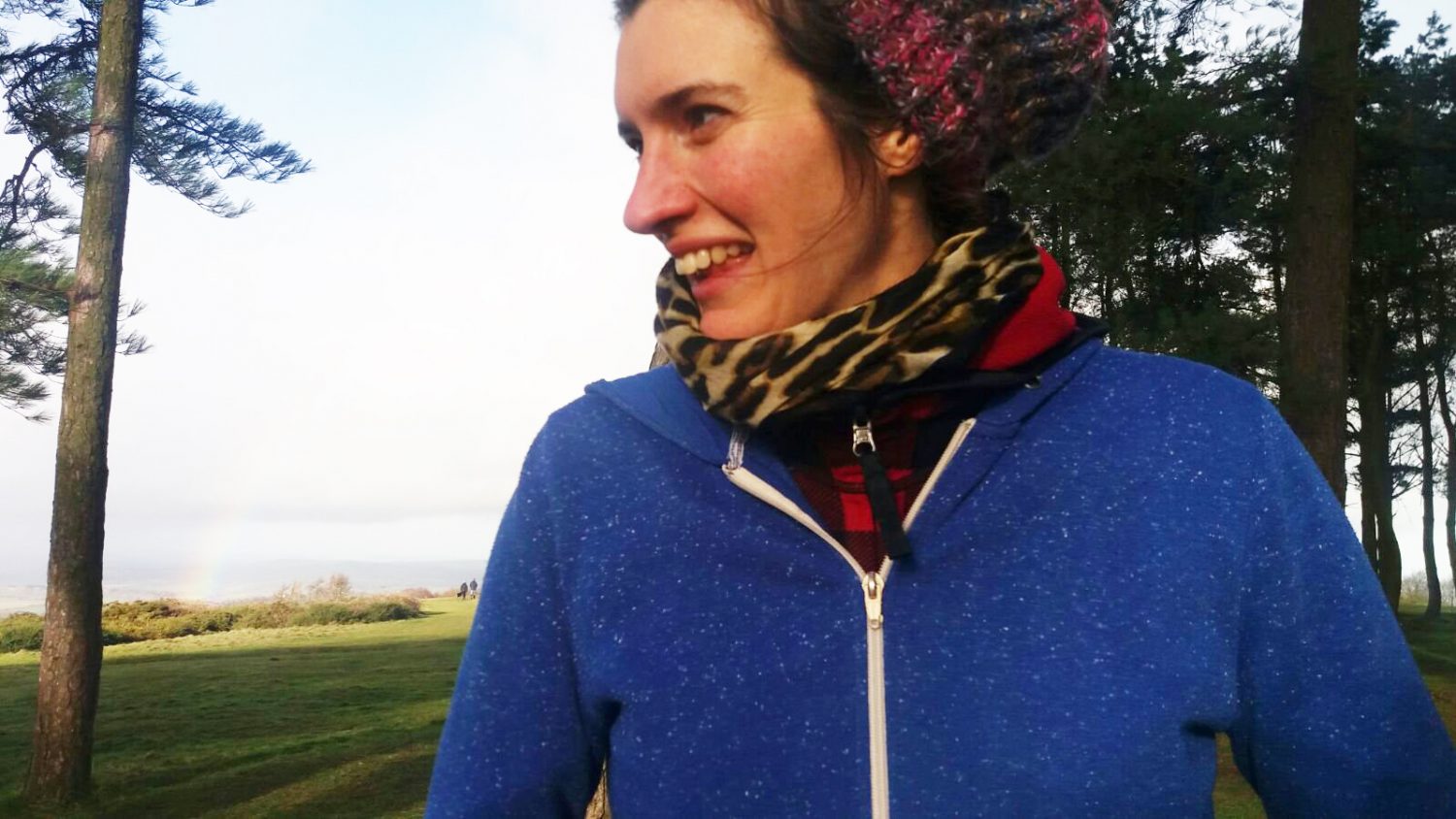 Wayne Caddy is the owner of The Essential Baker consultancy, with more than 30 years as a bread head specialising in the art of fermentation, training and innovation. He is also head of baking at The School of Artisan Food a non-profit organisation in Nottinghamshire. 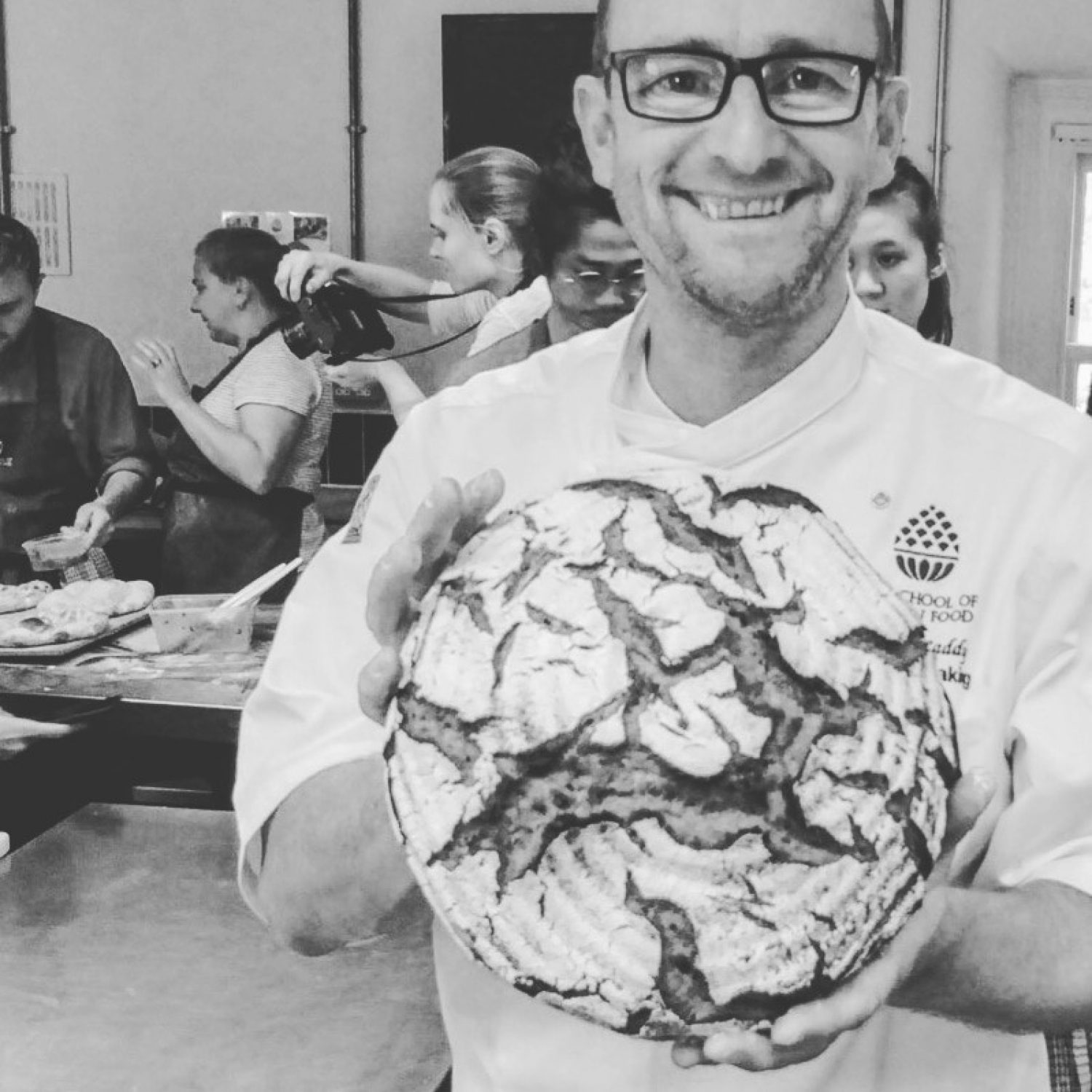 Wayne Caddy, by The School of Artisan Food

Jo Bottrill is the founder of Jo’s Loaves, a microbakery in Great Offley near Hitchin in Hertfordshire. She started baking as a hobby in 2011 and now supplies sourdough to restaurants, cafes, farm shops and farmers’ markets. 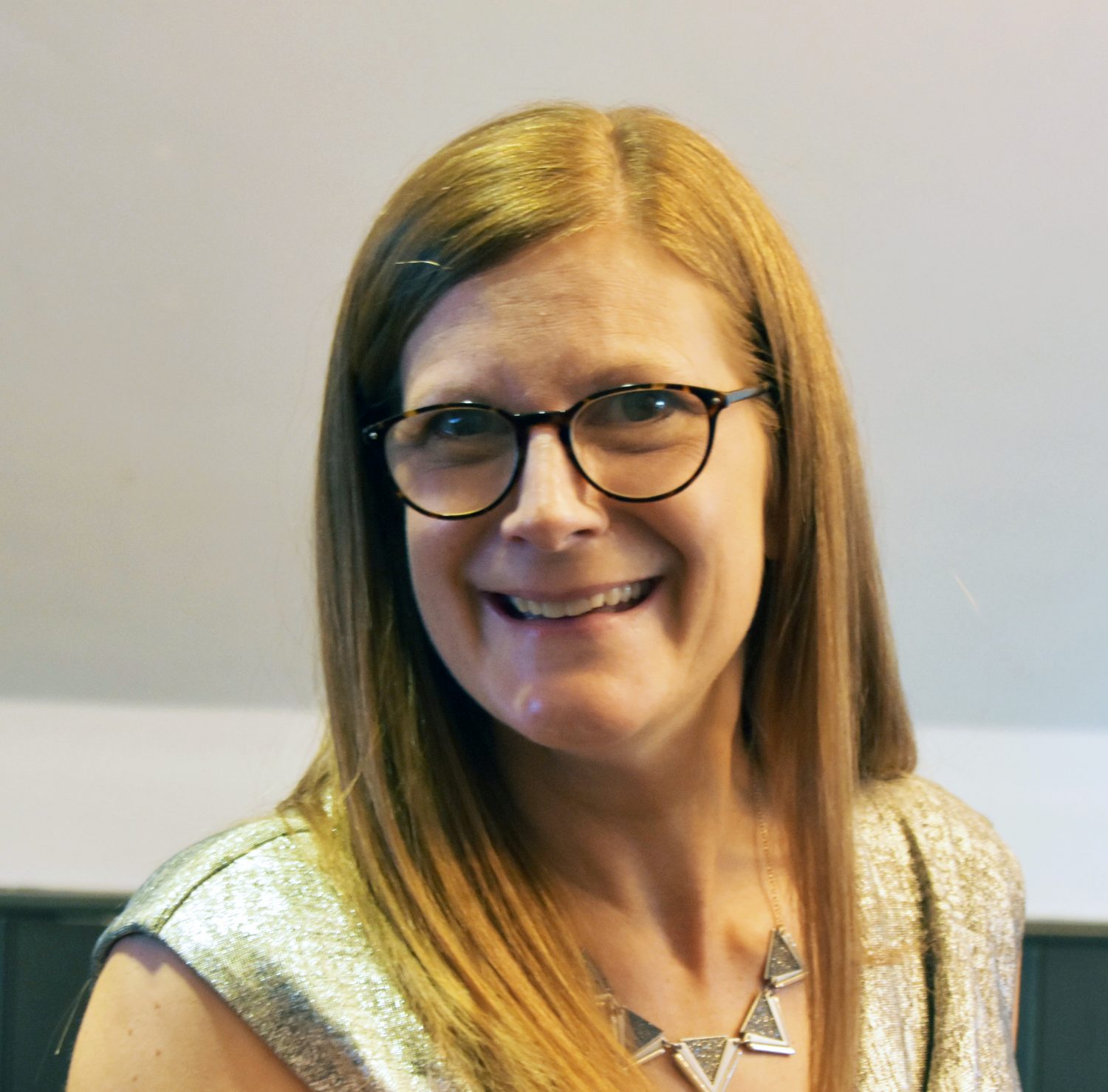 Su Yin Chan is the baker and founder of Yin’s Sourdough Bakery in Georgetown, Penang. She progressed from baking sourdough at home to nurturing under-privileged people to become sourdough bakers. She now manages two bakeries, in Penang and another in Kuala Lumpur. 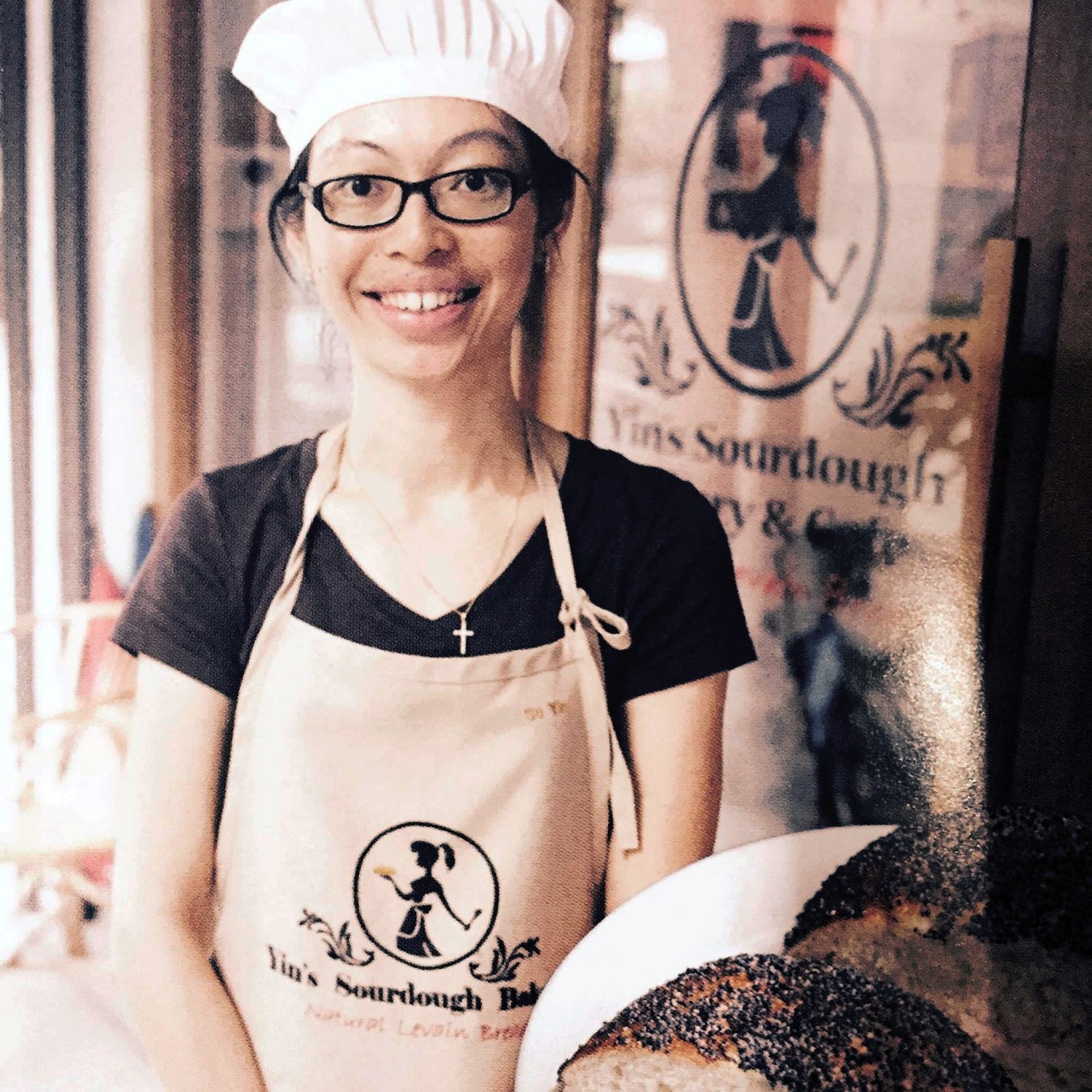 Phil Clayton is owner and baker at Haxby Bakehouse, established in the village just north of York more th 10 years ago. 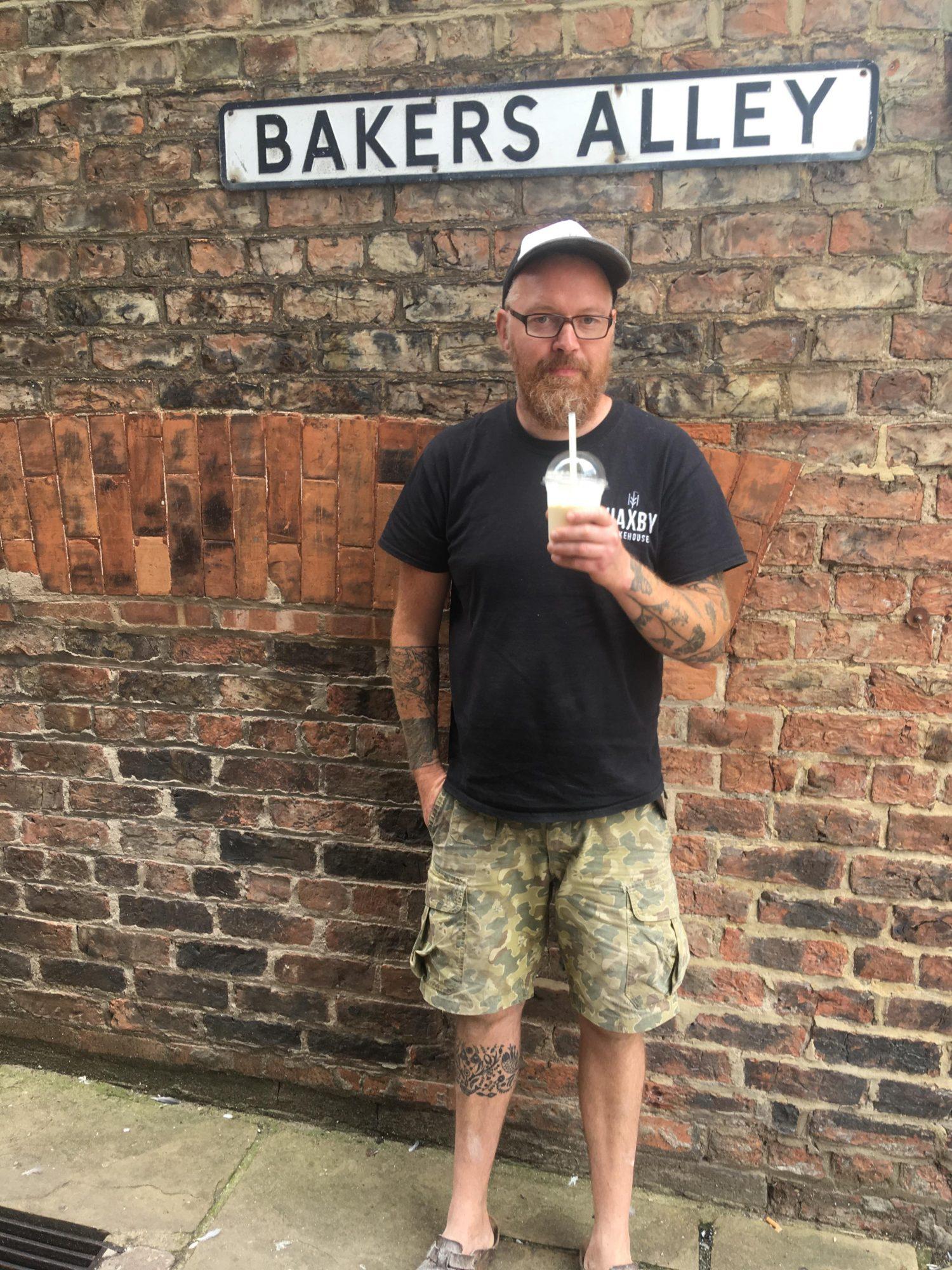 Danielle Ellis left a career in marketing to train as a baker at École Banette in France. She now runs Severn Bites in Gloucestershire, teaching bread making using French techniques and local ingredients. She judges in the World Bread Awards and makes award-winning sloe gin. 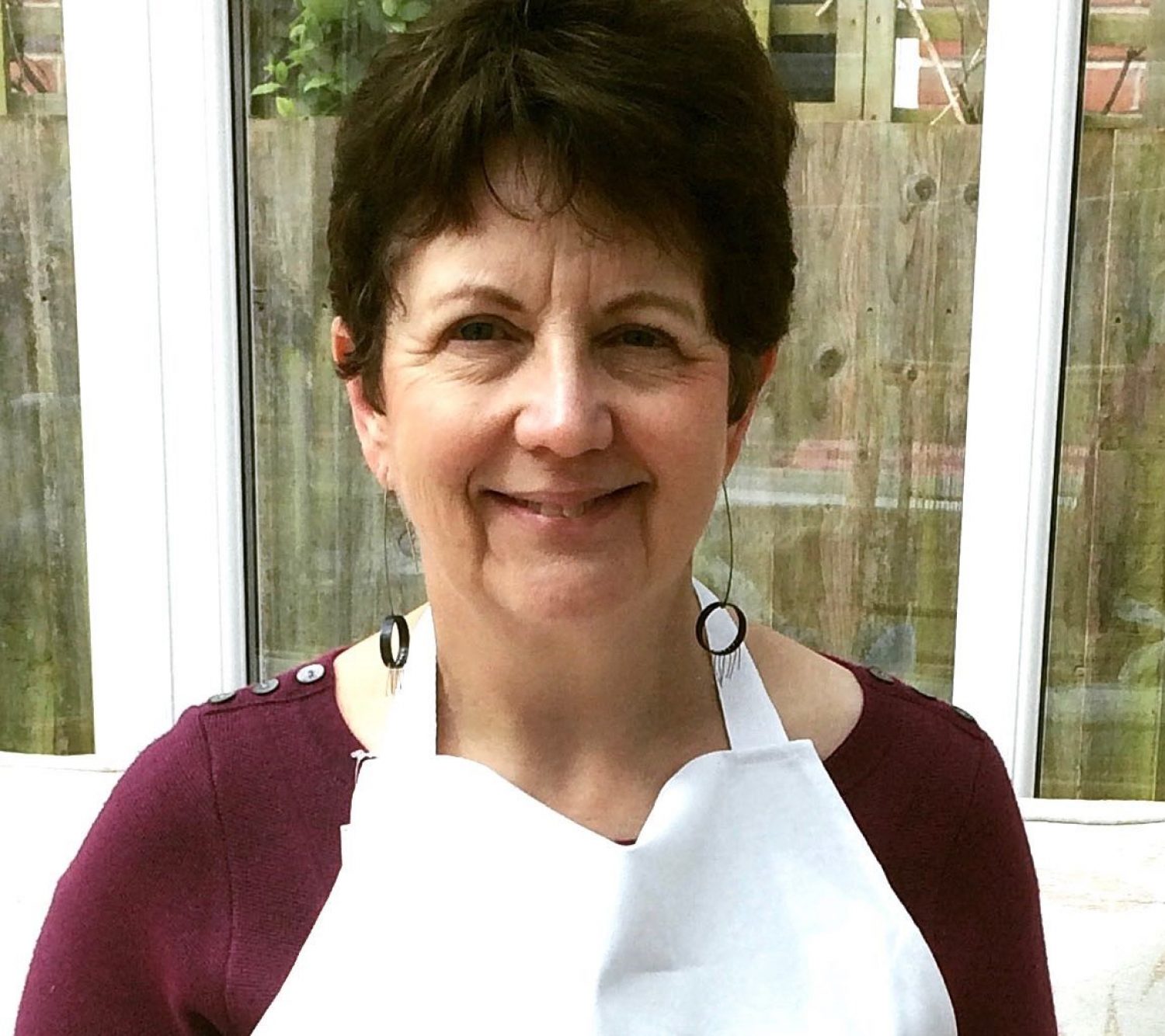 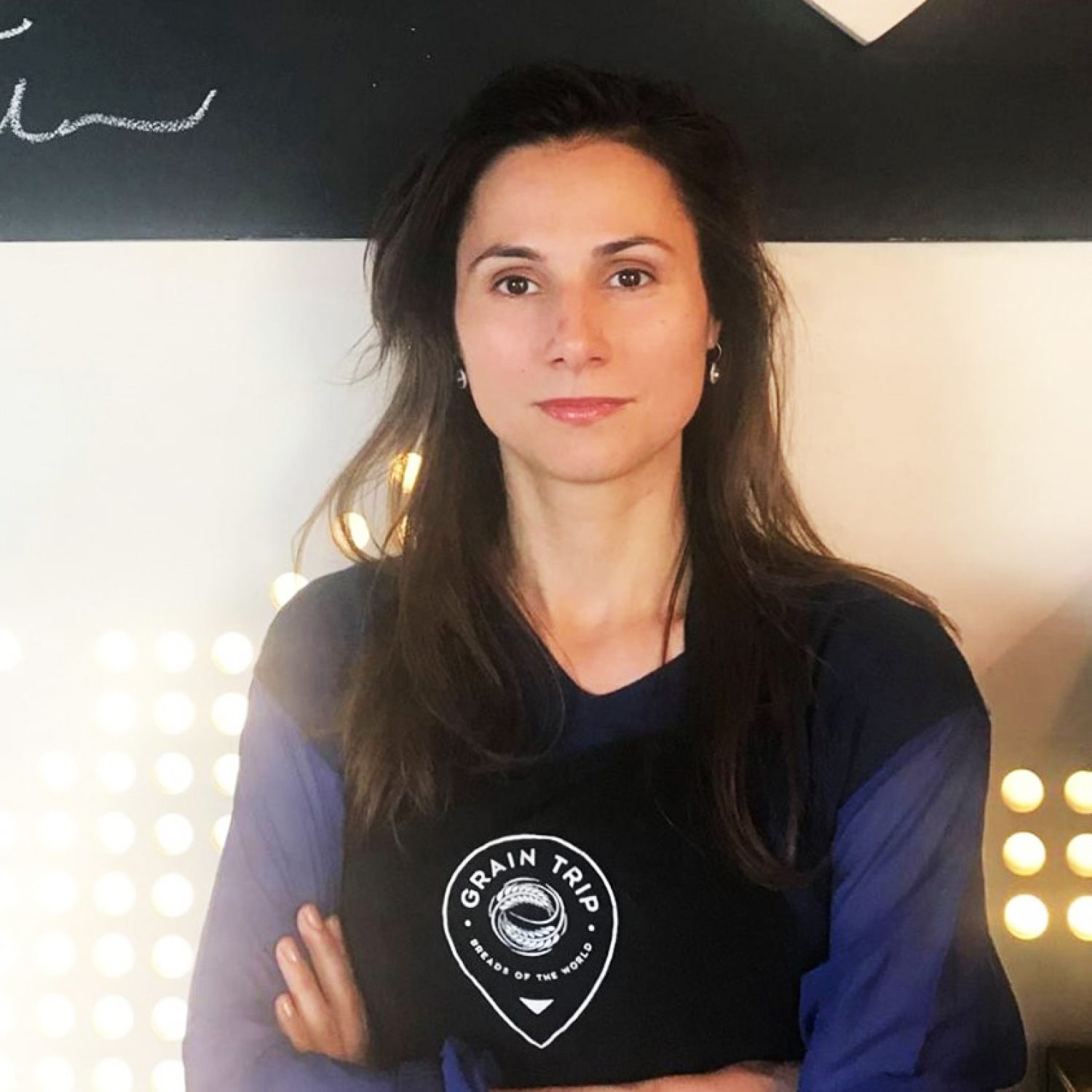 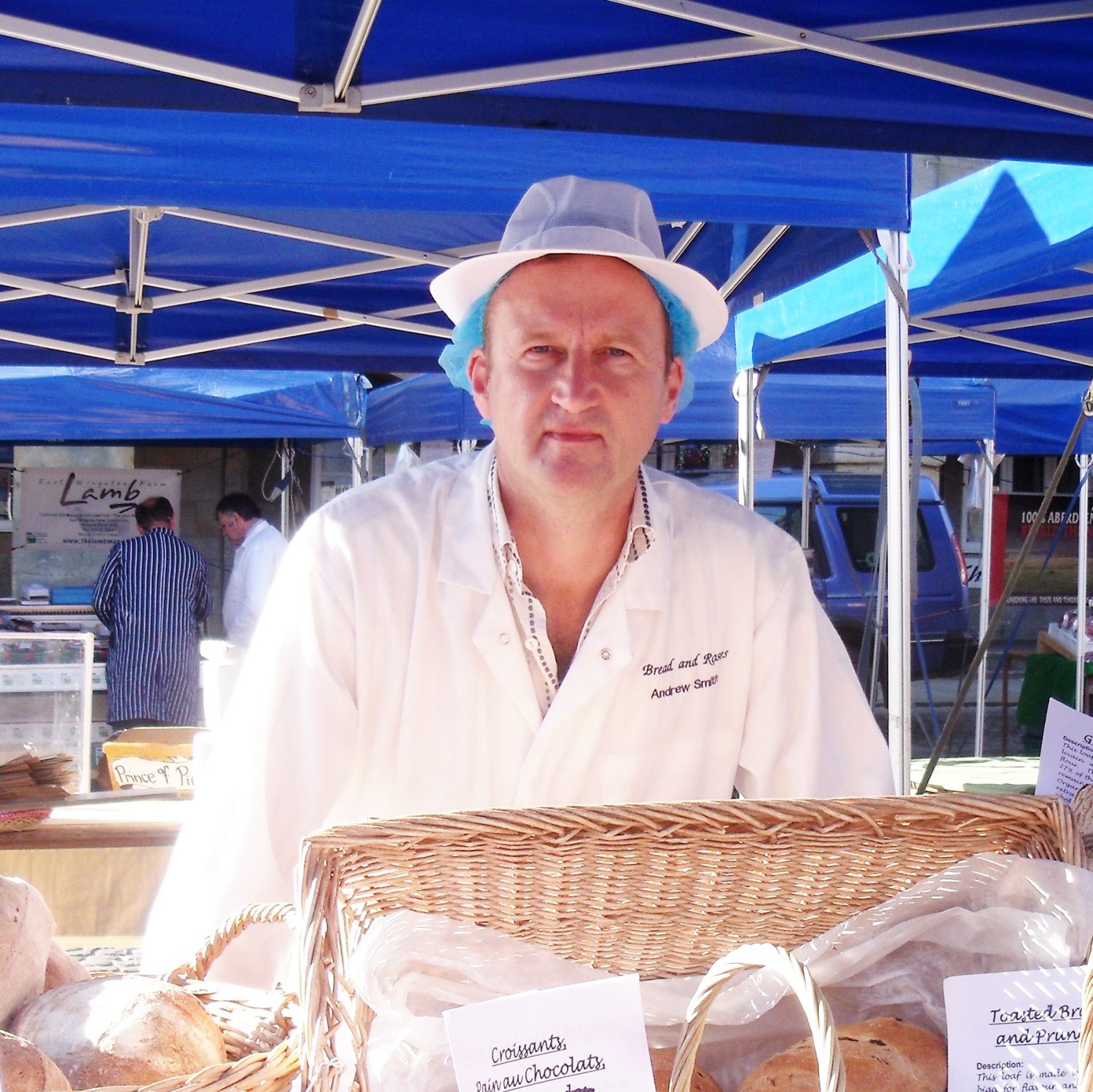