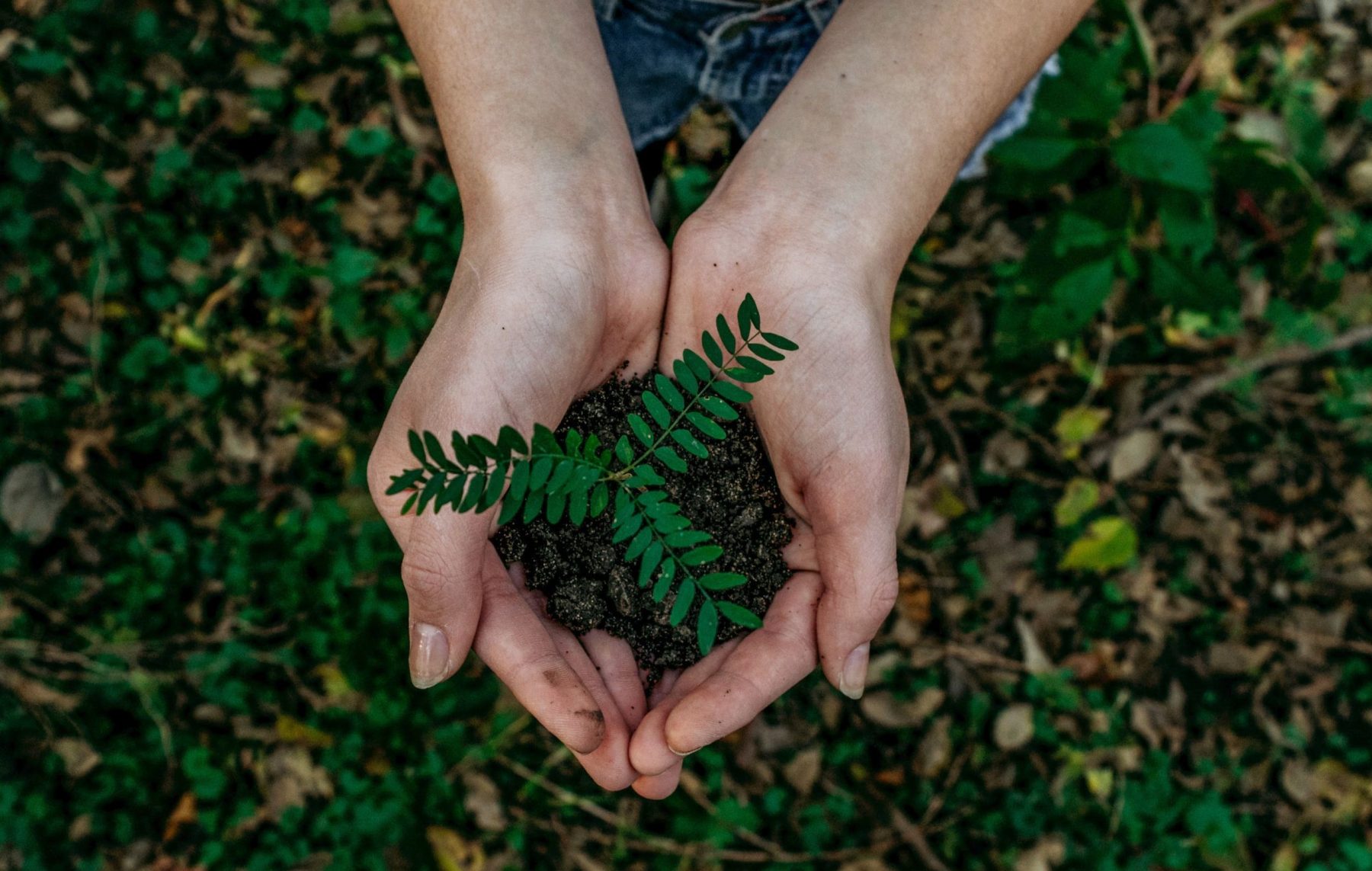 A people-powered green recovery: three ways it will be spurred by the grassroots

People are prepared to do what it takes to help tackle the climate emergency as part of the economic recovery from Covid-19. How might this grassroots commitment be harnessed to bring about lasting positive change?

Words by
Nicola Slawson November 17, 2020
Economics Environment Social Enterprise Sustainable Development
Brands of inspiration
This article has been created by Positive News and supported by Abundance

People are prepared to do what it takes to help tackle the climate emergency as part of the economic recovery from Covid-19. How might this grassroots commitment be harnessed to bring about lasting positive change?

With air pollution plummeting, carbon emissions falling and a slower pace of life prevailing during the pandemic, there have been growing calls for society to resist returning to how things were before the crisis.

A survey in the UK found that 79 per cent of people support a “green recovery” from the pandemic, and were prepared to continue many of the lifestyle changes forced upon them by coronavirus, including cycling and working from home.

With so much uncertainty about the future, how can people be brought along with the economic recovery so they truly have a say in what society looks like? 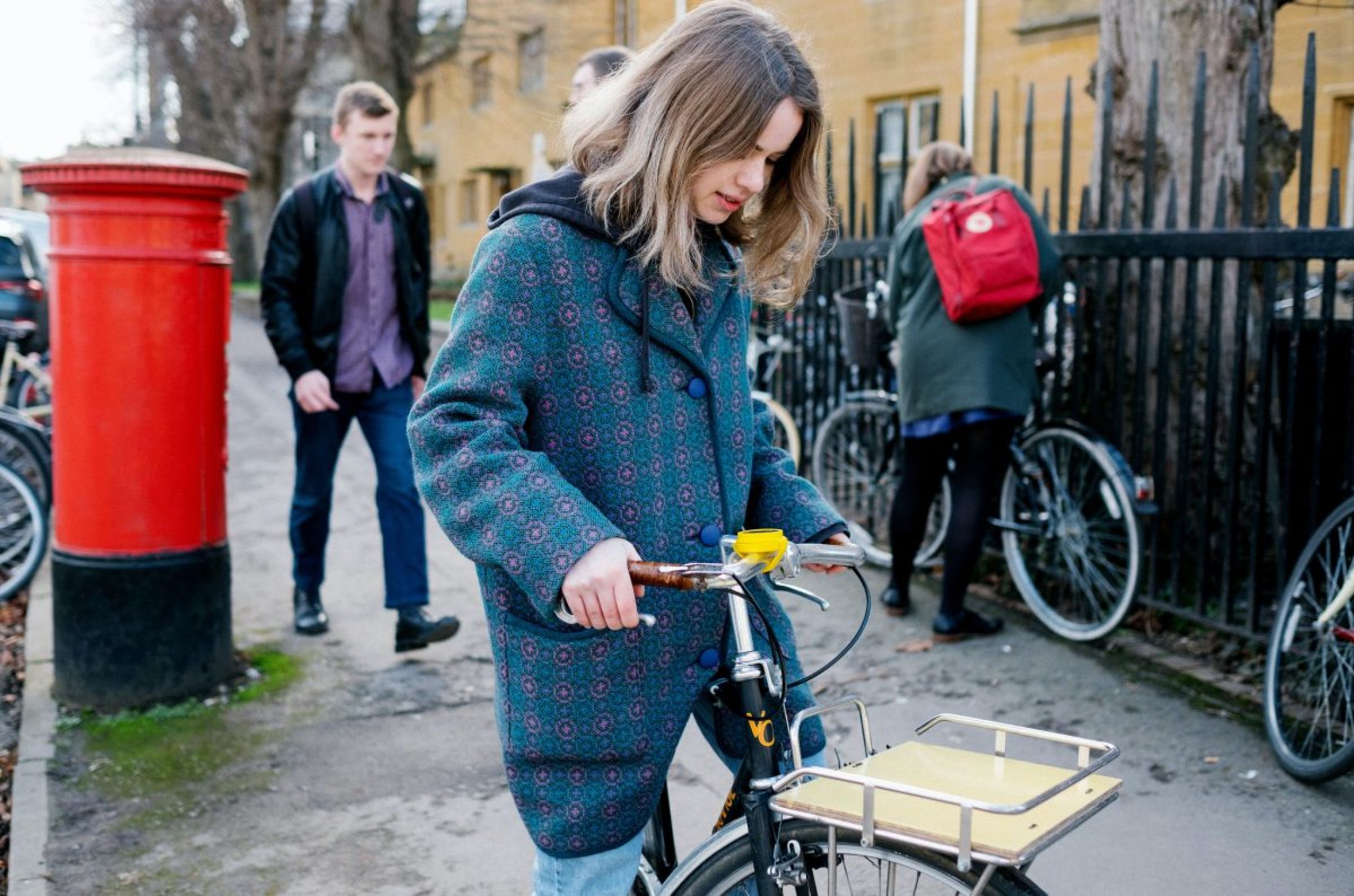 A survey found that 79 per cent of people in the UK want a 'green recovery' from Covid. Image: Beeline Navigation

A place at the table: deliberative democracy

The Climate Assembly UK is a group of 108 UK citizens chosen to represent the country and help shape policy to reach net-zero carbon emissions by 2050. The group was created by Involve, a public participation charity.

Sarah Allan, the charity’s head of engagement, says they have “a vision for democracy” that puts people at the heart of decision making.

“The changes needed to get to net-zero are obviously going to change people’s lives so they need to have a say,” she explains. “There’s also a growing appreciation that some of the challenges facing us at the moment aren’t going to be solved in a traditional top-down way and that we’re going to need to involve people in order to solve them.”

Another organisation that aims to help nurture this kind of political participation is mySociety. The charity is responsible for They Work For You, a platform that allows people to keep tabs on the voting records of politicians.

Demystifying parliament, argues the charity, empowers ordinary people to engage with politics and gives them more confidence in holding MPs to account.

“I think all the big world events that are going on at the moment – not just Covid and not just the climate but also Black Lives Matter – have shown there are things people can do to make their voice heard,” says Myf Nixon, a spokesperson for the charity. 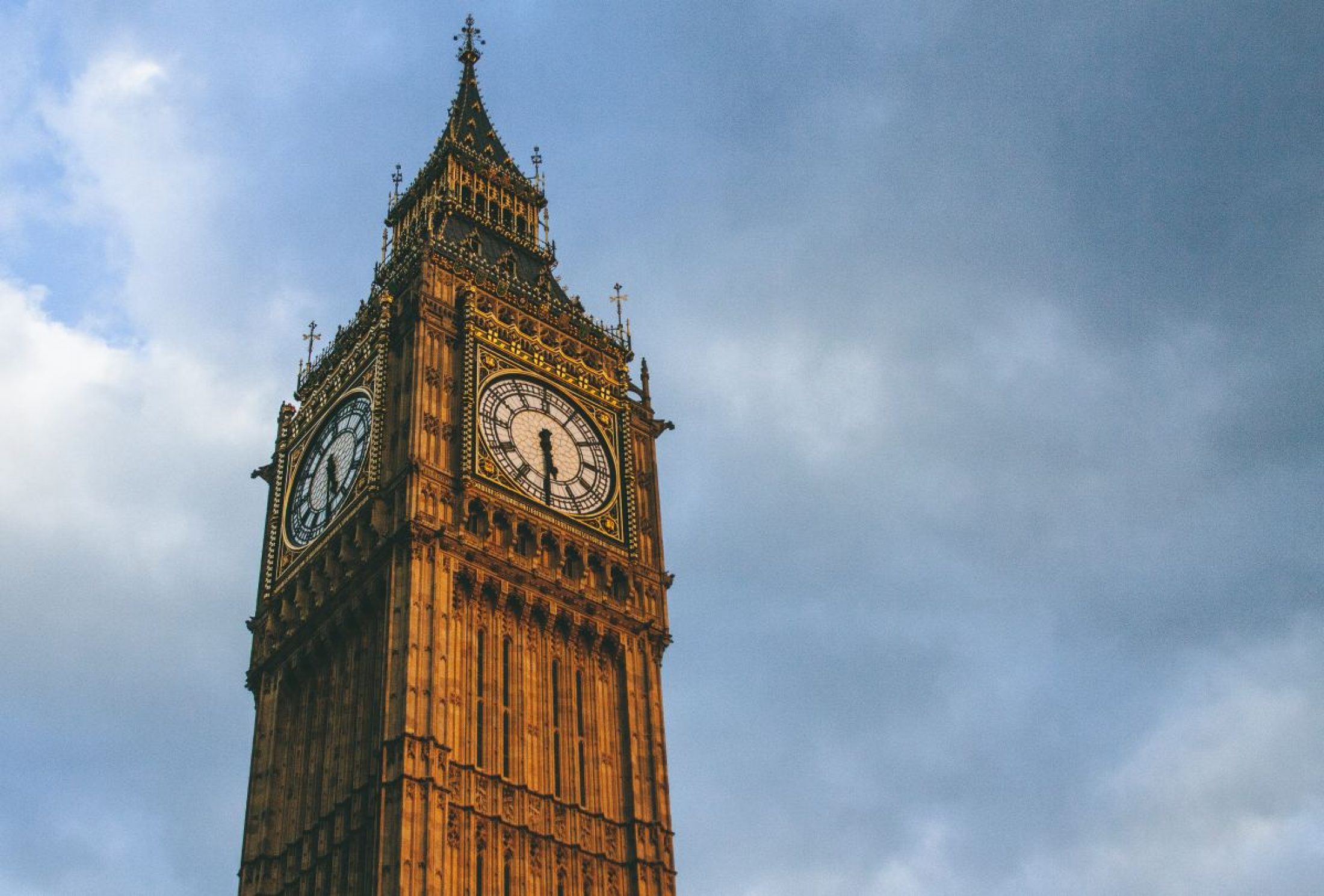 Another way to help people feel involved is to “ask them to put their money where their mouth is” as Ross Mackinnon, councillor for West Berkshire Council says.

The local authority recently benefitted from the UK’s first-ever local government green bond – a new model for raising money to fund sustainable local developments – which closed after reaching its £1m target in October.

The Community Municipal Investment (CMI) is an investment opportunity offered to the public by a local authority, via the crowdfunding platform Abundance, and is tied to specific green and social projects.

By investing as little as £5, local people can help support an important project for their area’s future, which underfunded-councils might otherwise not be able to finance, while receiving a long-term, low-risk return. CMIs also help investors feel more connected to their communities at a time when most of us are spending more time at home.

“Our local investors feel good when they drive past and see a solar panel being installed or a tree being planted, so it really enhances the sense of community,” says Mackinnon. “They also get a financial return. It’s win-win for them and for us as a local authority.”

Helen Wright, a resident of Newbury, invested £1,000 in the West Berkshire CMI, which helped fund rooftop solar panels on local schools. She says the idea appealed because “it felt good to invest in something local which would have real benefits for local people”.

She adds: “We need more solar energy to take us away from fossil fuels and this was going to help local schools as well.”

Bruce Davis, founder and managing director of Abundance, hopes to see every local authority take advantage, with Warrington council having just closed its CMI; Leeds city council next in line, and West Berkshire mulling its next bond offer already.

“If every local authority in the UK issued a green bond to create jobs and assets in the community that strengthen the economy but also deliver net-zero, then everyone will benefit from this mobilisation to recover from the shock of Covid, and be better prepared for the coming shock of the climate emergency,” he says. 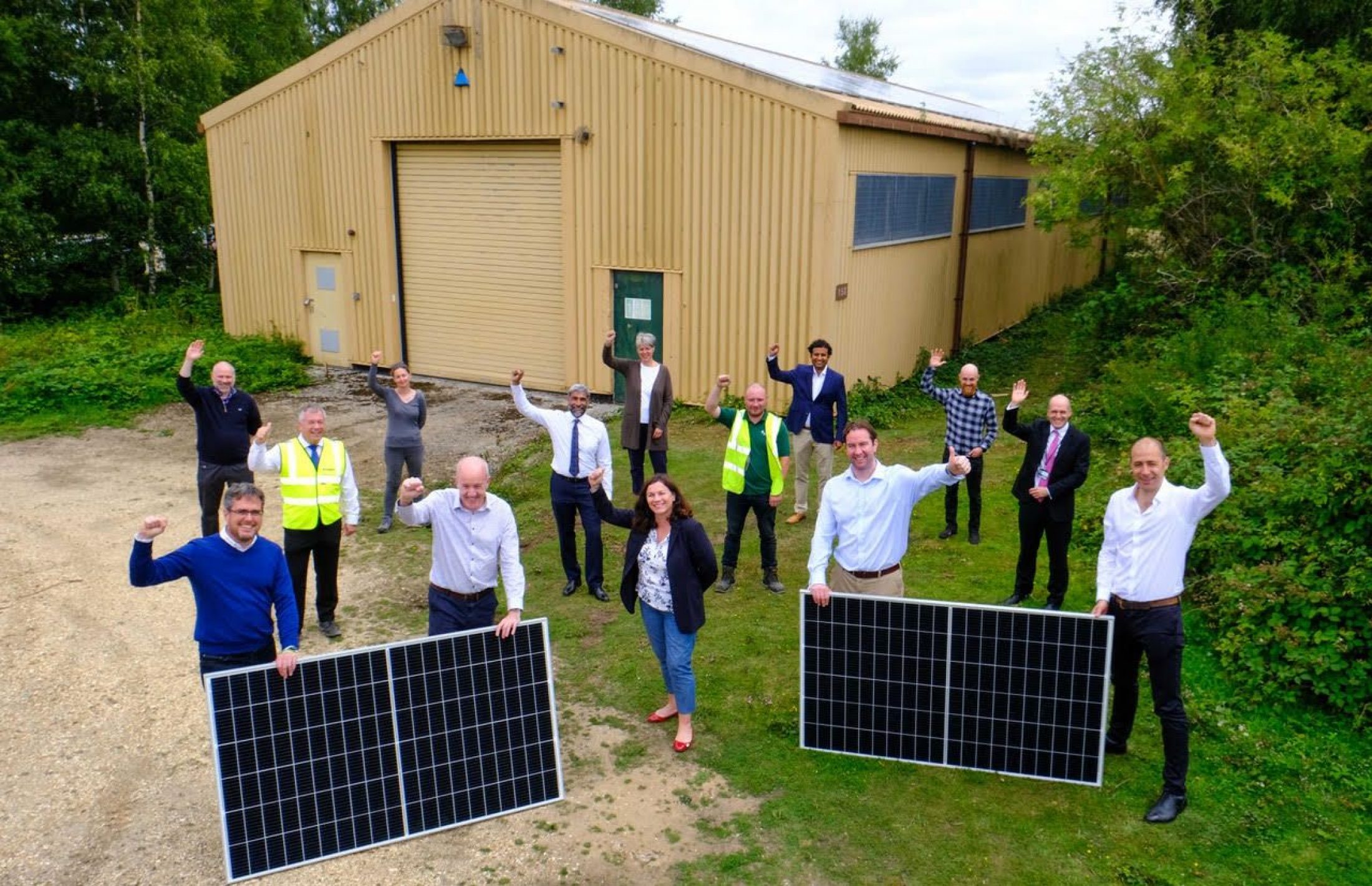 By investing as little as £5, local people can help support green projects in their area. Image: Abundance

Another way to ensure the recovery is green is to inject cash into creating jobs. Tree planting and wetland restoration have been mooted as ways to create employment. For the millions who have lost their jobs during the pandemic, learning ‘low-carbon skills’ could be a way back into work.

But after the government’s widely mocked careers quiz, how can this shift be meaningful? The Resolution Foundation, which estimates that more than 600,000 young people could become unemployed this year because of coronavirus, says the UK is particularly inexperienced in guiding workers through career changes. It advocates supporting young people in the form of apprenticeships and further education, as well as investment in training programmes linked to jobs in sectors such as social care and green energy.

Davis agrees: “The economic recovery needs to create more jobs and at the same time we need to make sure we don’t fall behind in the timetable to reach net-zero.”

He adds: “The recovery shouldn’t be about big flagship projects, though. It should be about investments in every community in the UK, because otherwise some people will benefit from this transition and others won’t.” 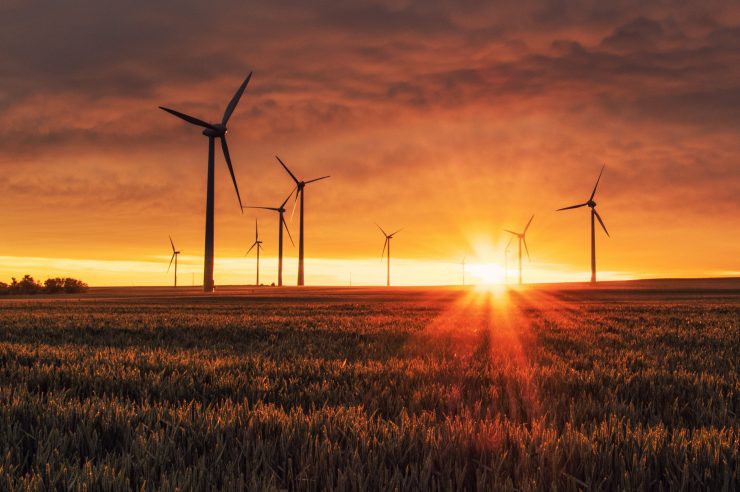 ‘Once-in-a-lifetime opportunity’: the five-point plan for achieving net zero The Committee on Climate Change has published its recommendations for the UK government to deliver a green Covid-19 recovery Economics Environment Society 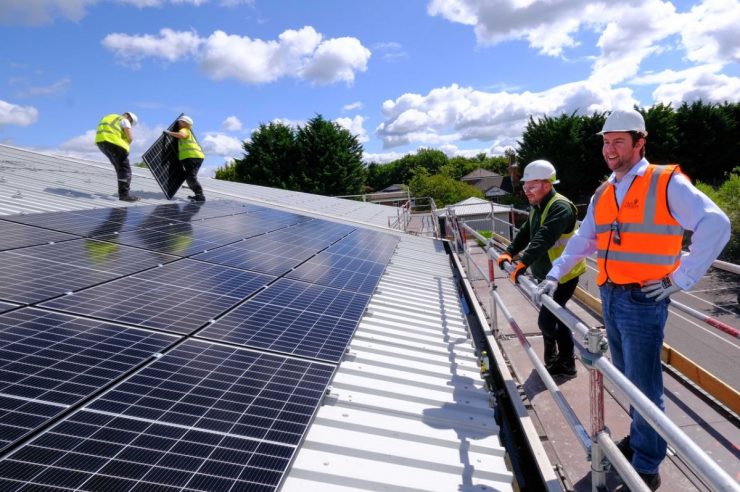 Positive.News | Brands of inspiration
The platform that lets people invest in sustainable local developments People can now loan money to their local council to fund green developments while receiving a return on their investment Written in partnership with Abundance