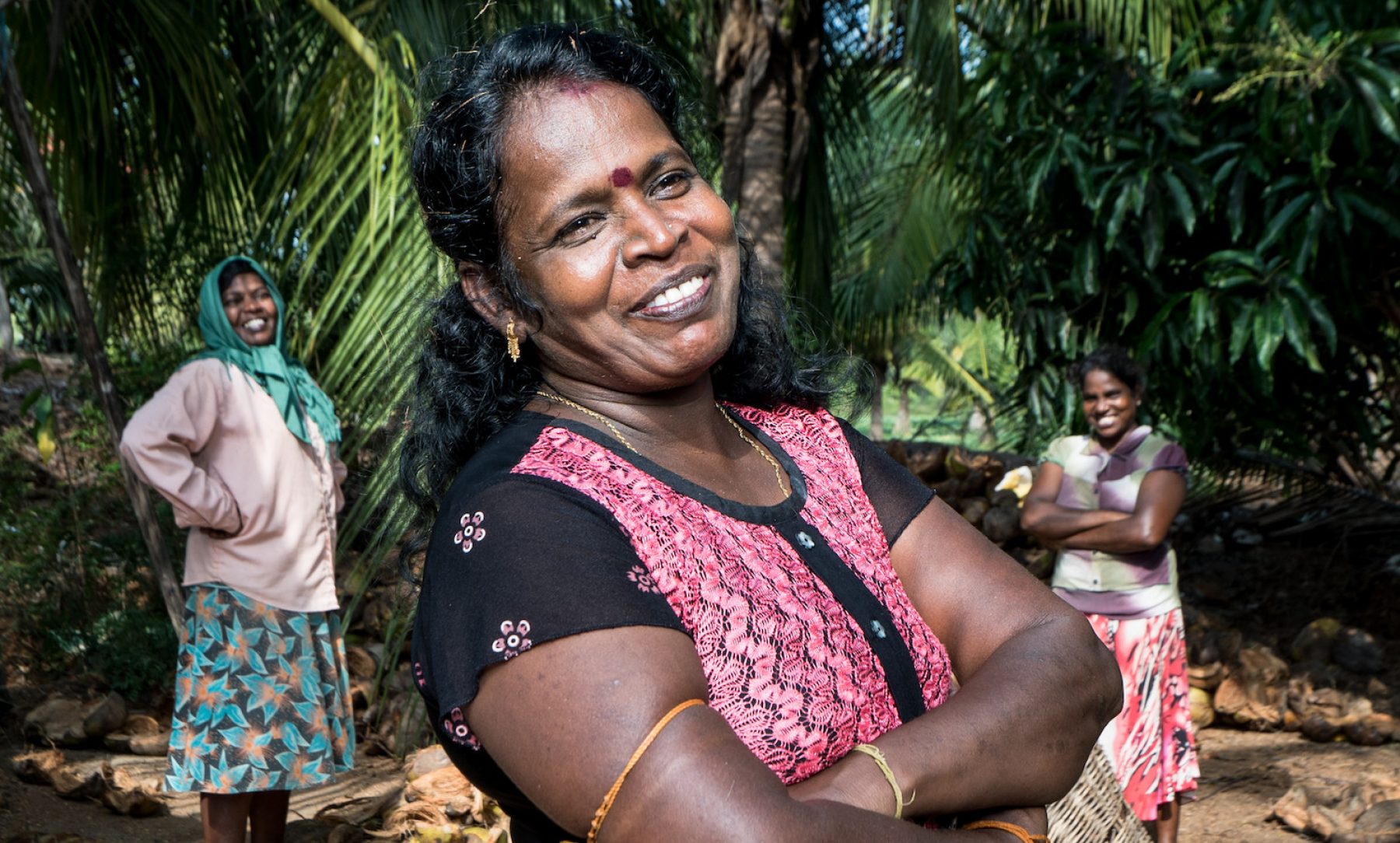 ‘In the last bank I tried, the manager was a woman. She could clearly see that I was running a good business,’ says Sarojini, an entrepreneur from Sri Lanka

‘In the last bank I tried, the manager was a woman. She could clearly see that I was running a good business,’ says Sarojini, an entrepreneur from Sri Lanka

Do you have a bank account? Have you ever taken out a business loan or a mortgage? For millions of women around the globe, simple financial services can seem impossible. Yet giving women better access to finance could improve their lives immeasurably, as well as unlock USD$330bn (£256bn) in annual global revenue, according to development organisation Care.

Research by Care released this week documents the “enormous” economic and social potential of women who have been helped by Care’s project Access Approved. From Africa to South America, some of the women have increased their income by 500 per cent. Read on for their inspiring stories.

Sarojini (pictured above, centre) is a 45-year-old Sri Lankan entrepreneur who processes coconut husks for the building industry. Her business produces coconut chips from the husks, which are made into bricks by another company and then exported to China for use in construction.

Business success seemed far from Sarojini’s reach as a child, growing up in extreme poverty. “I was very happy growing up, but we faced a lot of hardships”, she says. Her father used to travel to India on business, and one day he never returned. Her mother struggled to make ends meet with her four children. The family was so desperate for food that when the neighbours gave them rice gruel to wash their clothes with, they ate it. But Sarojini’s entrepreneurial spirit grew as she tried to find ways to make money.

In the evenings after school she used the moonlight to make small packets out of newspaper, which she sold the next morning to groundnut sellers. The need to work was so great that she stopped school early and worked instead.

Later, when Sarojini was married with three children, her husband had an accident which left him in a coma for four months. Desperate for money, she pawned her house and jewellery but spiralled into debt and was unable to repay her lenders. She lost the property and was forced to relocate the family. 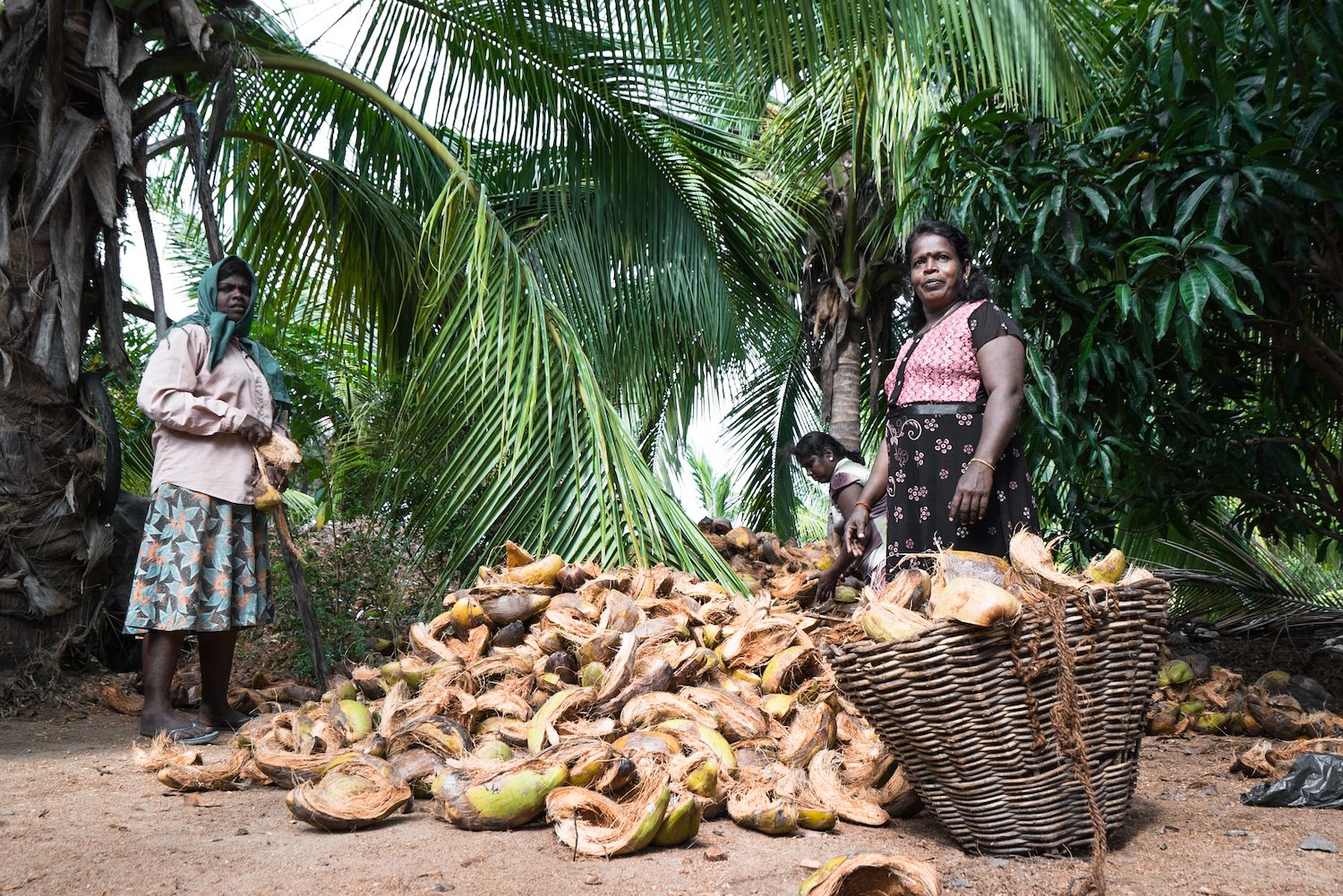 Despite several setbacks, Sarojini (pictured right) has set up a successful business processing coconut husks for the building industry

After the relocation, Sarojini knew she had to seize the opportunity to make a new start and she got a job through the Sri Lankan government preparing cement blocks, her first insight into the building industry. Her husband began to recover and helped her to come up with a new business idea. At the time he was a driver transporting coconuts, where he saw how coconut chips are produced.

The couple secured a charitable grant for a coconut chip making machine, but also needed further funds to run, maintain and house the machine. Sarojini’s family and friends discouraged her from taking out a loan without security, but she wouldn’t give up on her business vision.

In the evenings after school she used the moonlight to make small packets out of newspaper, which she sold the next morning to groundnut sellers

“I went to six or seven different banks, one after the other, requesting a loan,” she tells Positive News. “First of all they asked for assets or a property and two guarantors, but I didn’t have that. When I tried to deal with male bank managers, they couldn’t understand what I had been through and I wasn’t comfortable openly discussing our poverty with them.

“They would casually say to me ‘amma (ma’am) we aren’t giving out any more loans’. After five months, I was frustrated and had almost given up. But I thought I would just try this one last bank. I went without any hope of getting a loan. But when I went there it turned out that the bank manager was a woman. She could clearly see that I was a real business woman, employing other women and running a good business. So I got the loan I needed. It is better if there are women working in the banks. They understand us better.”

Sarojini used the loan to buy more coconut husks and built a temporary shed to house her machinery. Thanks to training, support and further funding from Care and a partner organisation, Chrysalis, Sarojini has now been able to build a permanent structure from which she now runs her business. 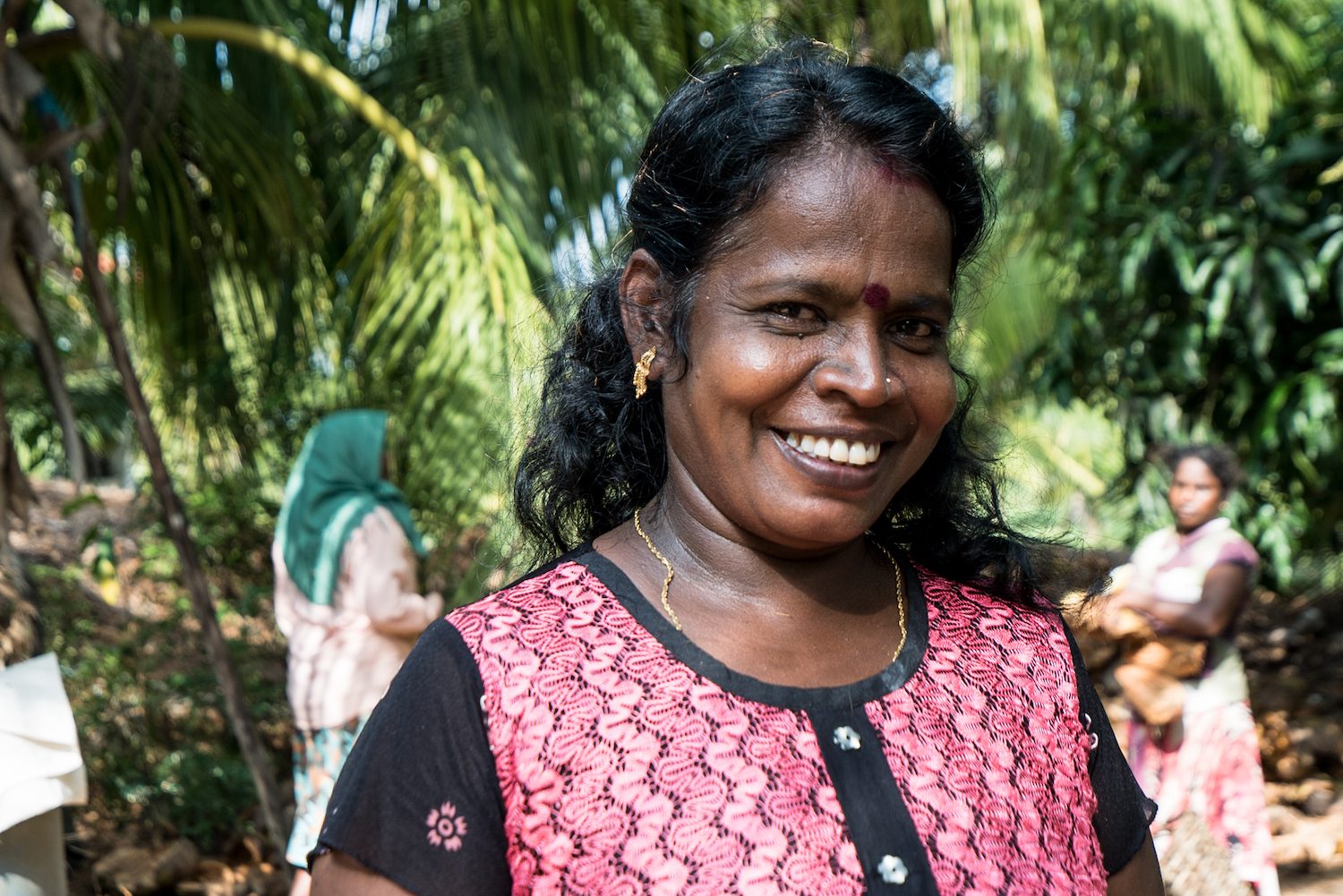 ‘I was frustrated and had almost given up. At the last bank, the manager was a woman. She could clearly see that I was running a good business,’ says Sarojini

Her business continues to grow and she now employs seven other women who, like her, have faced significant challenges in their lives. Sarojini’s own children are also helping with the business. She is not only able to support her own family but is now enabling other women to work so that they can feed and educate their own children.

What does she believe is the secret to her success? “Self-confidence,” answers Sarojini. Her ambition now is to expand the business so that she can employ more women from her community.

“My wish is that my business remains stable and sustainable. I want my girls (employees) to grow in confidence and I want to provide jobs for more unemployed people and make them feel proud.” Sarojini’s concluding advice to the banks is clear: “Employ more women.” 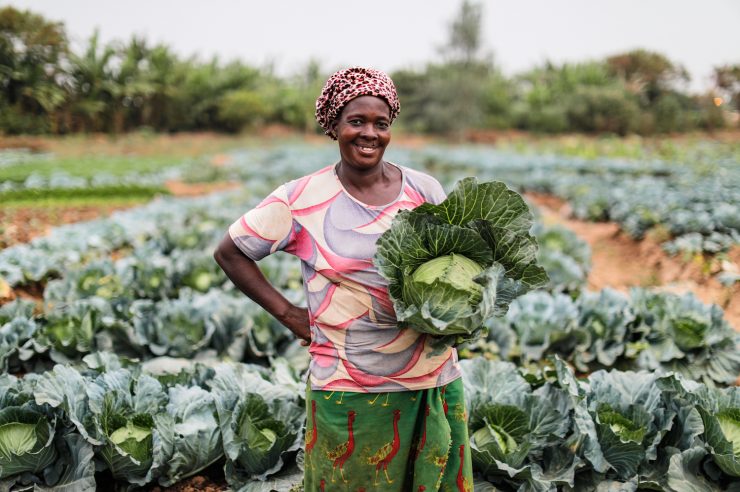 Funding female entrepreneurs: the vegetable farmer from Ivory Coast ‘When we go to the bank to ask for a loan, we’re denied because we have no collateral. So we established our own savings group’, says farmer... Agriculture Economics Society World 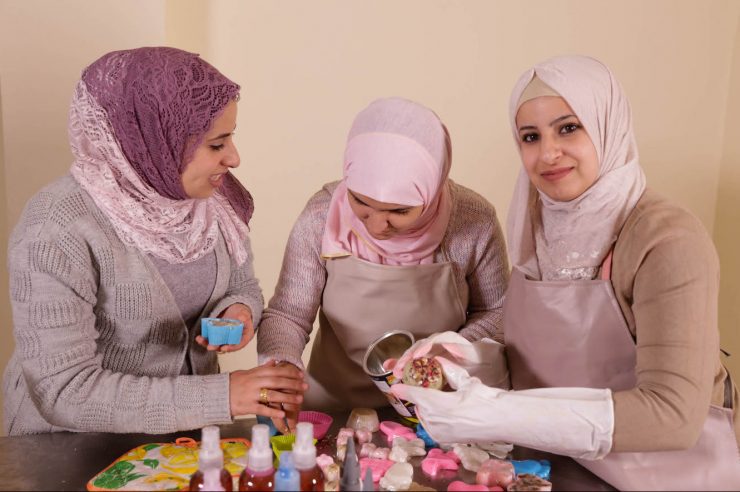 Funding female entrepreneurs: the soap and oil maker from Jordan ‘Now, I have many other young women coming to me asking for advice and motivation. I tell them that they should love what they do,’ says Bar... Economics Society World 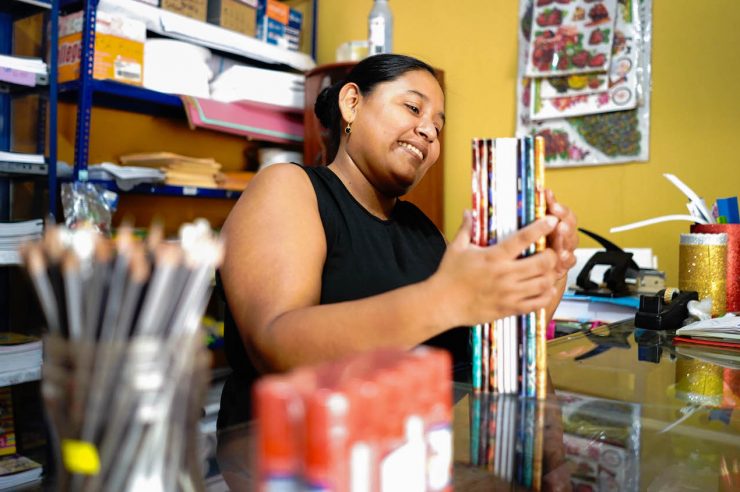