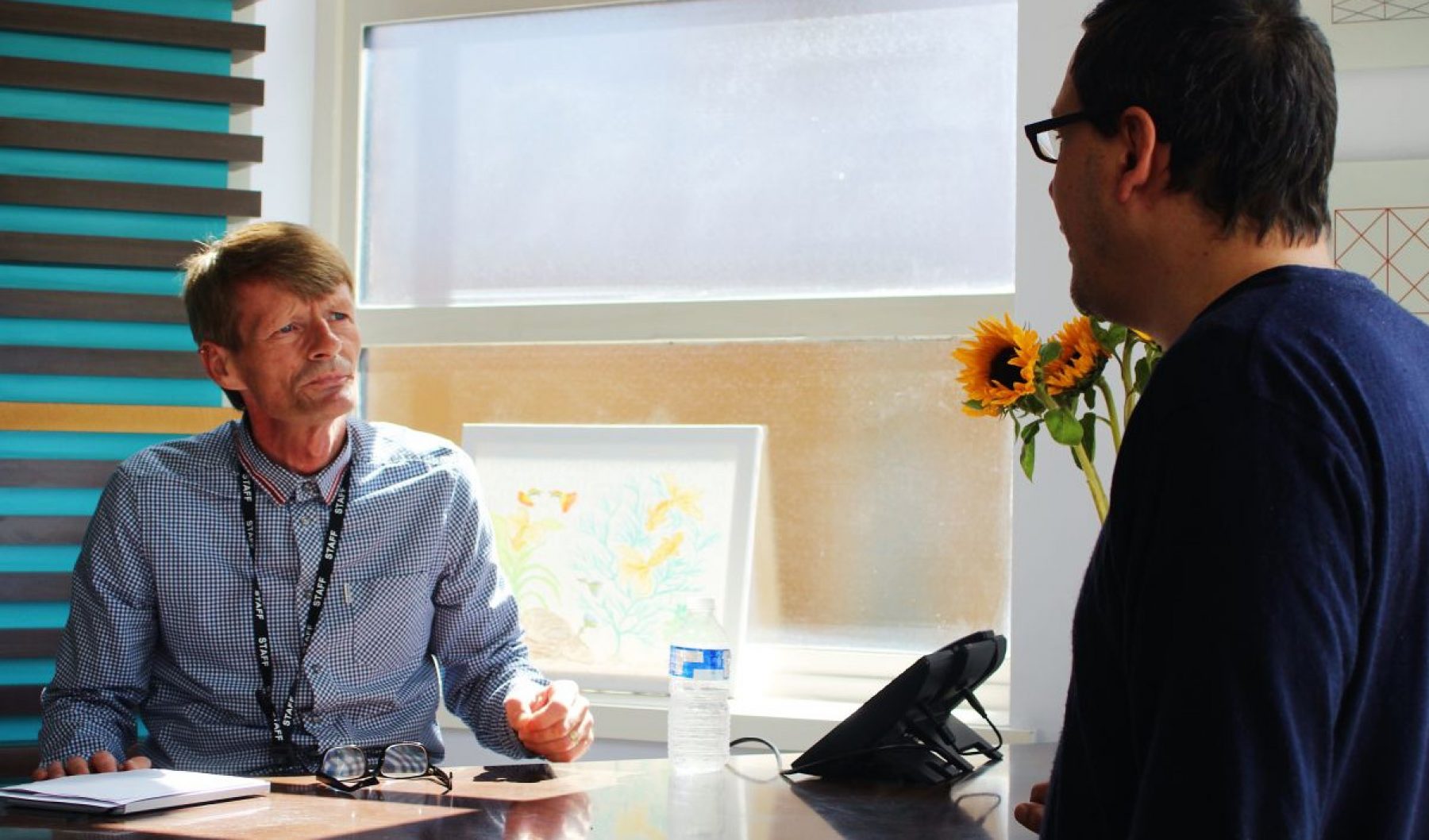 ‘They saved me’: the high street lettings agency for homeless people

A high street lettings agency for homeless people has opened in Surrey. Now others are keen to replicate the model

A high street lettings agency for homeless people has opened in Surrey. Now others are keen to replicate the model

“It always interests me that people think this is original,” says Helen Watson, chief executive of Rentstart, a letting agency for homeless people in Walton-on-Thames. “If you walk into any estate agent – whether you’re buying or renting – you’re somebody walking into somewhere saying, ‘I need somewhere to live. Can you help me?’”

The concept of a letting agency might not be original, but opening one exclusively for people facing homelessness almost certainly is. Around 450 individuals approach Rentstart, which is a charity, each year looking for emergency accommodation or suitable private rented housing. But until August, each of them would have been greeted by a buzzer entry system and an insalubrious shared office around the back of Walton-on-Thames high street.

Now all of Rentstart’s clients, landlords, staff and volunteers are welcomed into a large, airy space that has large windows and several consultation rooms. With crisp white walls, shiny laminate flooring, comfy green sofas and inky Rorschach-like prints on the walls, the former bank looks like any contemporary estate agents. The charity says the idea behind opening a prominent high street address was to create somewhere where clients felt valued, respected and part of the community.

“It’s such a nice place to walk into,” says Blair Darby, a Rentstart client, who was put in touch with the charity after becoming homeless. “You walk in there and you don’t have to hide. It just looks like an office and it’s done in a very nice modern way.”

Darby, an actor, found himself homeless in 2016 after returning to the UK from Austria, where he had been playing the dictator Idi Amin in a theatre production. “From having been lauded and applauded on a nice stage in Austria, I was sleeping on the streets in England,” said the 64-year-old.

For weeks, Darby pretended to be a tourist in Walton-on-Thames until a local homeless organisation put him in touch with a shelter some 35 miles away in Crawley, West Sussex, which then signposted him to Rentstart. 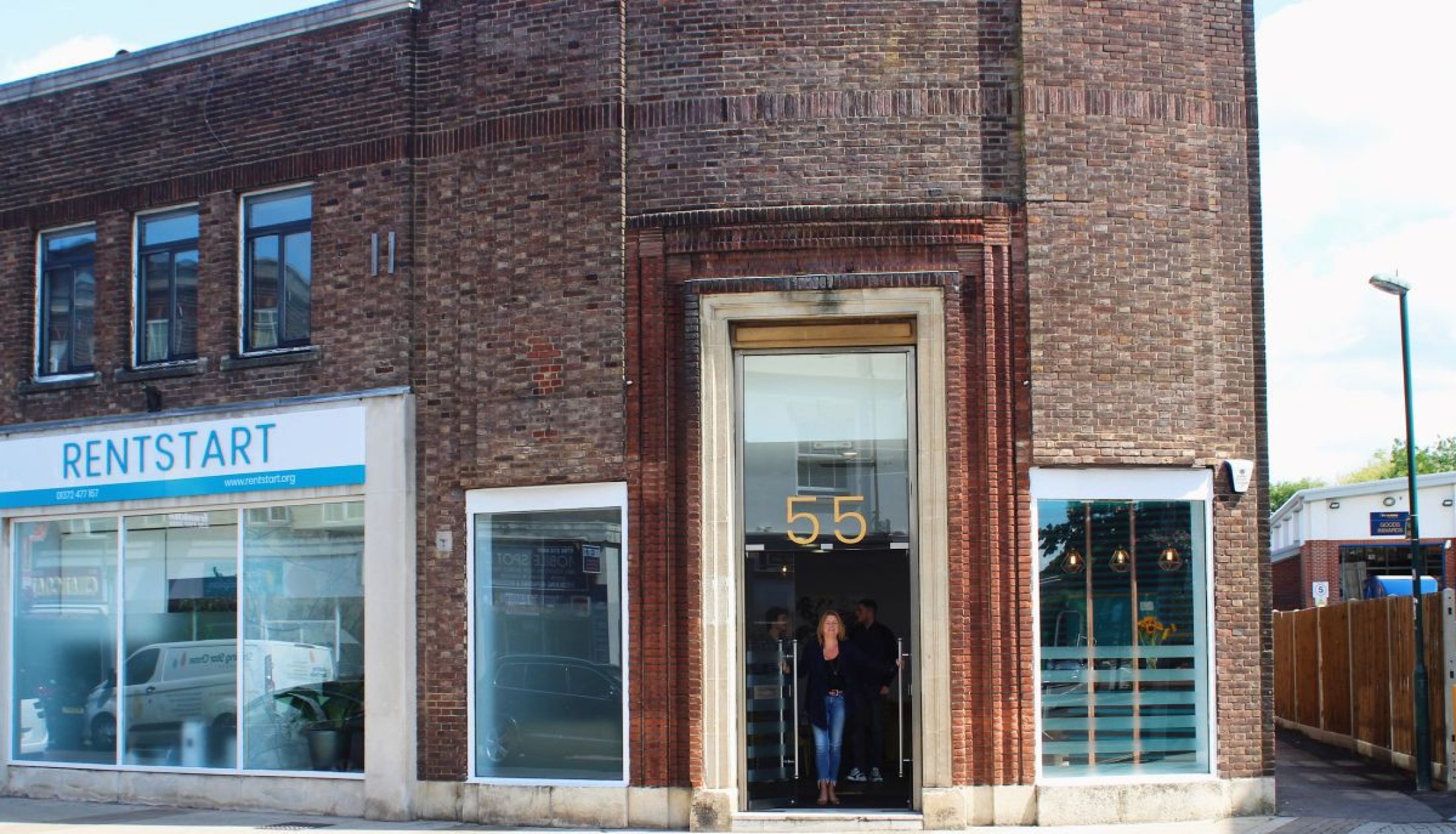 According to Watson, housing clients, some of who are dealing with complex personal issues, is the easy bit. “It’s keeping people housed in good quality housing, where they can start dealing with whatever it is they need to deal with next, [that’s hard],” she says.

A lack of available housing in the area makes it harder still, which is why Rentstart takes on tenancies so it can sublet to those in need rather than allowing homes to go on the private rental market. “We had to take on the risk to make sure that we could continue to house people,” says Watson.

Since opening in Walton-on-Thames, a number of charities and councils have been in touch with Rentstart hoping to replicate the service. The charity declined to give names as it was not working directly with them yet.

Watson believes Rentstart’s model could be rolled out elsewhere, but says it would have to enhance existing homeless services, which vary region to region; a top down, centralised approach, she adds, would not work.

“We believe in small and local,” says Watson. “You have to know your area – that’s the only way we’ve been able to house people.” 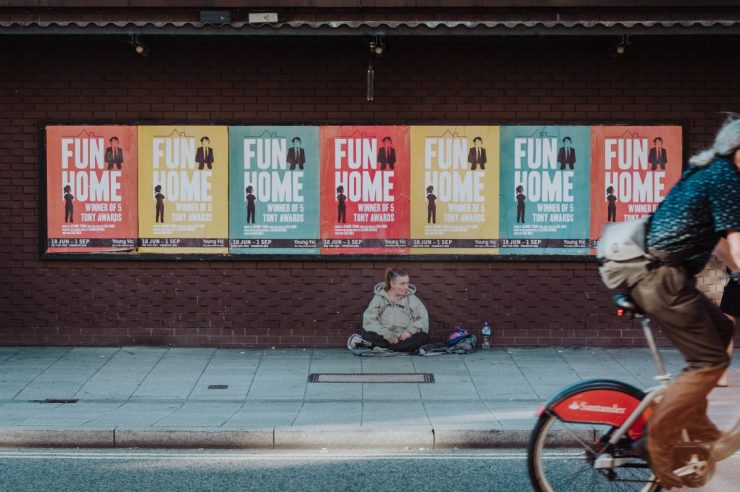 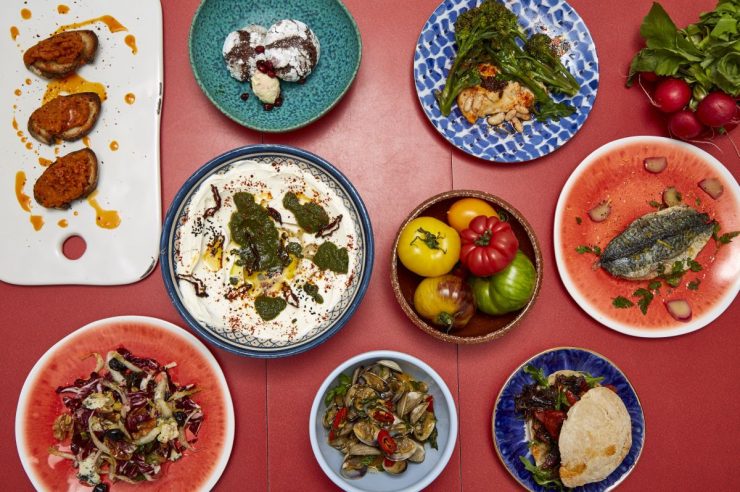 The dining scheme that helps young people out of homelessness The ‘dine in, to get them in’ scheme was launched by Fat Macy’s, a social enterprise that tackles homelessness Good Business Lifestyle Social Enterprise Society