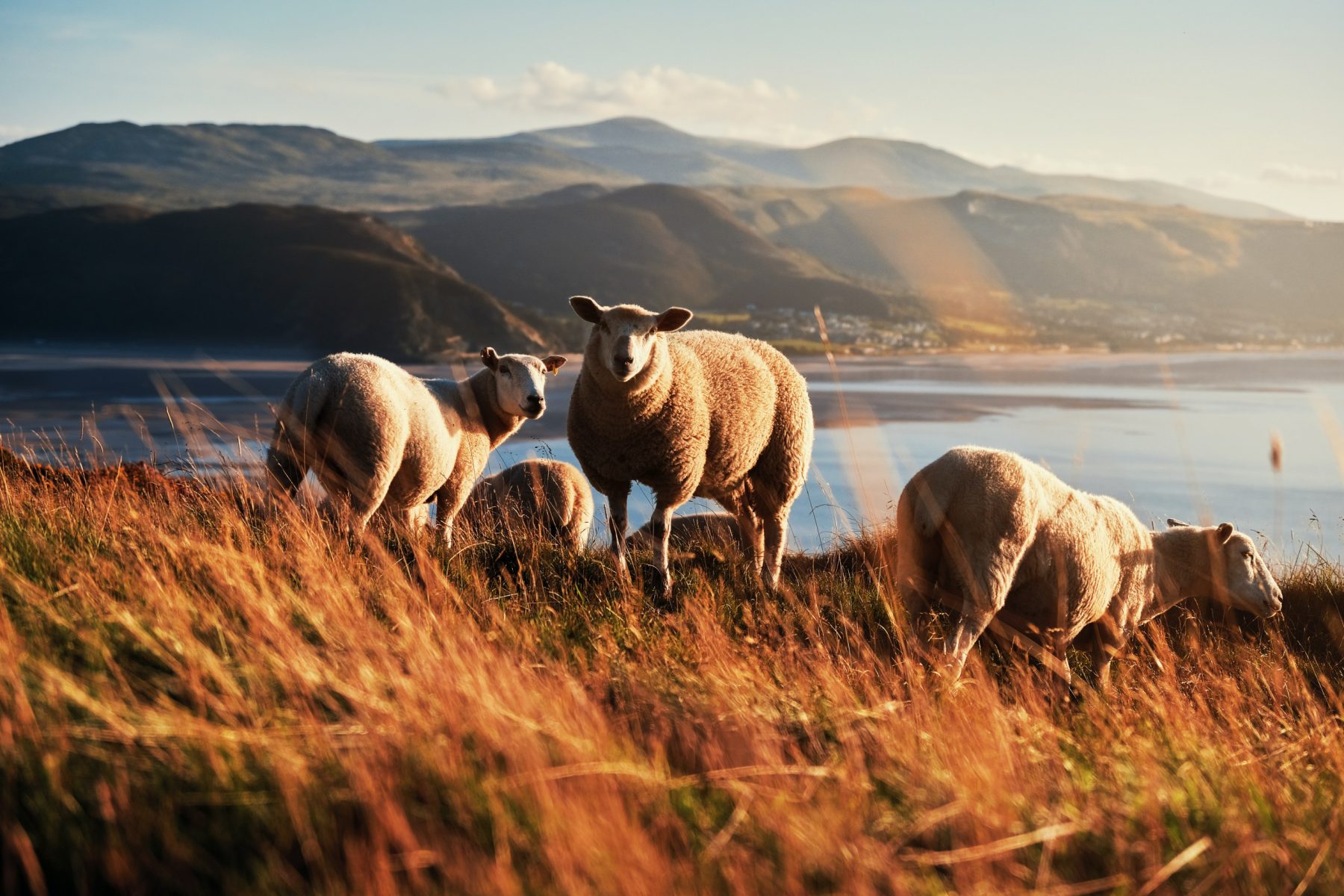 A new law in Wales will see farmers paid to enhance ecosystems, research hots up on cold water swimming, gay rights got a boost in Cuba, and Nasa crashed into an asteroid for good reason, plus more positive news

A new law in Wales will see farmers paid to enhance ecosystems, research hots up on cold water swimming, gay rights got a boost in Cuba, and Nasa crashed into an asteroid for good reason, plus more positive news 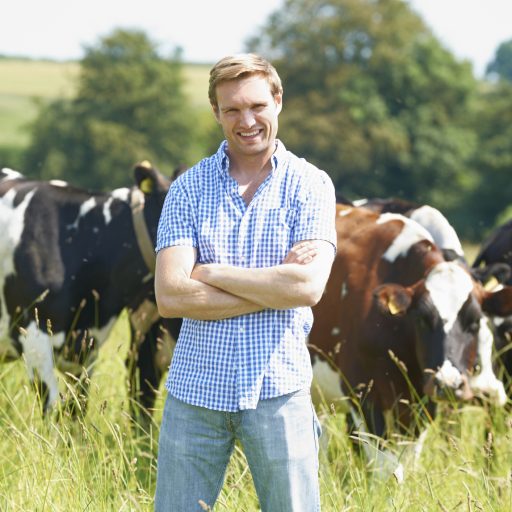 Wales will plough its own furrow with agricultural reforms designed to battle climate change by paying farmers for protecting nature.

The Welsh government said its “historic” Agriculture Bill, which has been in the making since the 2016 Brexit vote, will back sustainable farming. A new subsidy scheme will be rolled out to support the sector’s role in environmental stewardship.

The step is seen as a stark counterpoint to rumours that plans for similar measures over the border in England face being scrapped by Westminster. Defra has confirmed that the Environment Land Management Scheme, currently being piloted, is under review.

“These are difficult and challenging times for our farmers. Climate change, rising costs, new trade deals and the war in Ukraine, are just some of the issues they face,” said Welsh Minister for Rural Affairs Lesley Griffiths.

“This Bill provides a framework on which all future agricultural support will be delivered and outlines how we can keep farmers on the land, produce food sustainably and deal with the climate emergency.” 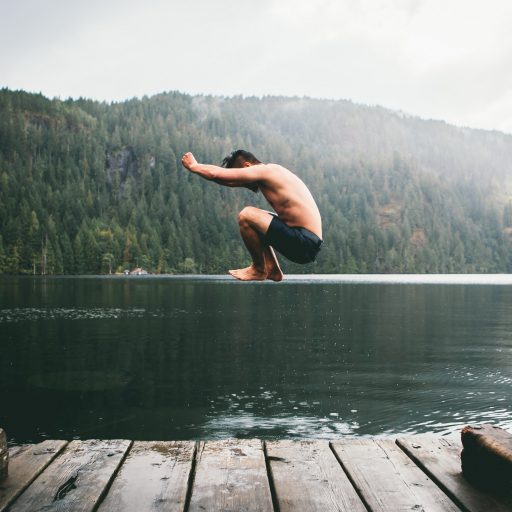 Feel the burn: how ice swimming may be good for your body

A deep dive into studies on the benefits of cold water swimming found it may help burn body fat and ward off diabetes.

Fans of winter swimming have long-championed the mental health boost provided by an icy plunge.

Now researchers from The Arctic University of Norway (UiT) have found encouraging links with brown adipose tissue, a type of ‘good’ body fat which burns calories and is activated by the cold.

Their review of 104 studies also found that exposure to cold water or air also stimulates adipose tissue to produce the protein adiponectin, which protects against insulin resistance, diabetes and other diseases.

They cautioned however that more work was needed to confirm their findings, warning that winter swimmers may be naturally healthier thanks to their active lifestyle and positive mindset.

“From this review, it is clear that there is increasing scientific support that voluntary exposure to cold water may have some beneficial health effects,” said lead author James Mercer, from UiT. 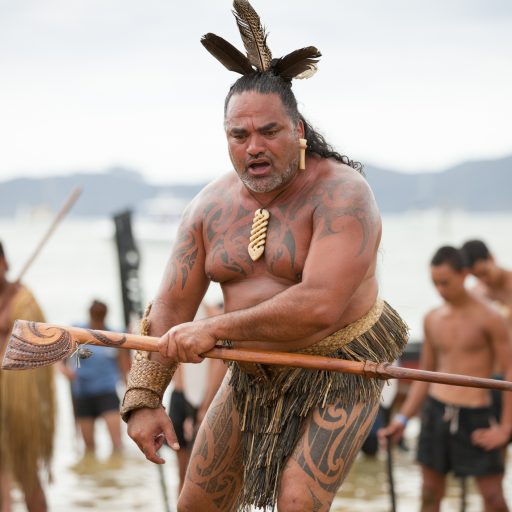 A decades-long fight ended in victory for this Māori tribe

A Māori tribe has secured millions of dollars in compensation after a 40-year battle for redress.

The landmark settlement, which passed a third reading in New Zealand’s parliament building in Wellington, also came with an apology from the crown and the return of 36 sites of cultural significance.

Hundreds of tribal members who were gathered in the public gallery broke into waiata (song) and performed haka (ceremonial dance) as the Maniapoto Claims Settlement Bill was passed into law.

A little under 200 years ago the Ngāti Maniapoto were a burgeoning iwi (tribe), but they suffered in the following decade as the crown confiscated land and killed women and children in the Waikato wars.

Speaking to Waatea News, iwi elder Dr Tom Roa said: “This is a chapter turning in the history book of the Ngāti Maniapoto with the crown.”

Image: Māori warriors celebrating Waitangi Day, the anniversary of the treaty of Waitangi between the British government and the Māori. Credit: Uwe Moser/iStock 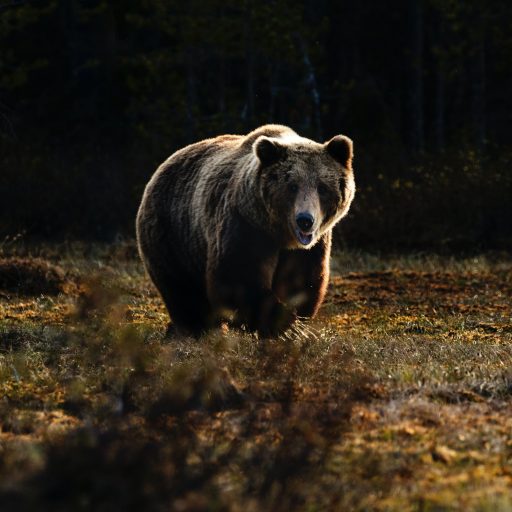 Iconic wildlife species are on the rebound in Europe

Wolves, brown bears and bison are some of the species that have made an unexpected comeback in Europe over the last half century, according to a major report from Rewilding Europe.

The Wildlife Comeback Report discovered certain species had boosted both population size and geographical range over the previous 40 to 50 years, thanks to better legal protection, habitat restoration, wildlife corridors and reintroductions.

The Eurasian beaver, grey seal, and European bison showed the strongest return among mammals. Wolves are readily recolonising where humans allow, and bear populations have risen by 44 per cent since 1960.

The barnacle goose, griffon vulture, great white egret and Dalmatian pelican are also doing well. The west coast of Scotland and the Isle of Wight are home to growing populations of white-tailed eagles, with 12,500 pairs spread over much of Europe.

The report was commissioned by Rewilding Europe and compiled by the Zoological Society of London, BirdLife International and the European Bird Census Council.

Rewilding Europe’s executive director, Frans Schepers, said: “By learning from the success stories we can maximise wildlife comeback across the board. The report also shows that we must work hard on many fronts to keep the recovery continuing to happen and to allow more species to benefit.” 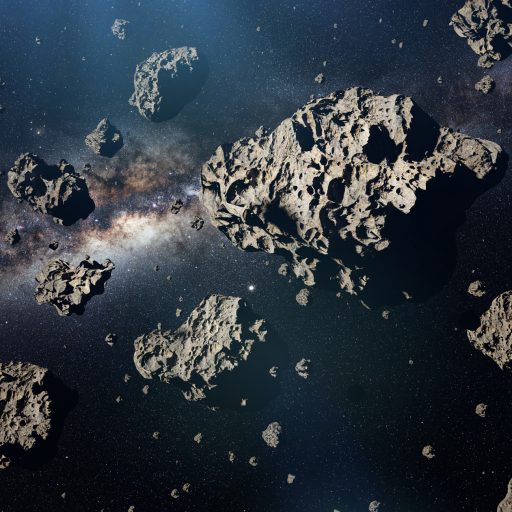 For the first time in history, a spacecraft from Earth has crashed into an asteroid to test if we could save our planet from a potential extinction scenario.

In a plot reminiscent of a Hollywood disaster movie, Nasa crashed an unmanned craft into a small asteroid, 160 meters in diameter, seven million miles from Earth.

Aiming to push it off its orbit, the mission, known as Dart (Double Asteroid Redirection Test), marked humanity’s first ever bid to move an asteroid in space. It ended explosively in a precision impact with the asteroid Dimorphos on Monday, following a 10-month flight for the spacecraft.

NASA hopes that ploughing into Dimorphos at 14,000mph will slow its speed and deflect its orbit around the larger asteroid, Didymos. Ground-based telescopes will now observe the asteroid to see if the trial has worked. Scientists expect to shorten its orbit by ten minutes.

“DART’s success provides a significant addition to the essential toolbox we must have to protect Earth from a devastating impact by an asteroid,” said Lindley Johnson, NASA’s planetary defense officer. “This demonstrates we are no longer powerless to prevent this type of natural disaster.” 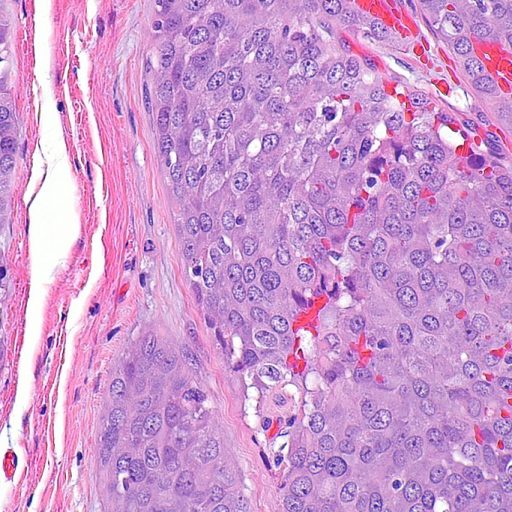 There’s a double dose of good news in the field of cancer treatment after the discovery that a cold sore virus and a cholesterol-busting drug could prove unlikely allies in combatting the disease.

A trial run by the Institute of Cancer Research (ICR) found that RP2, a drug derived from a genetically-modified version of the herpes simplex virus, shrank tumours or made them vanish altogether.

Study lead Kevin Harrington, professor of biological cancer therapies at The Institute of Cancer Research, said RP2 delivered a “one-two punch” against advanced cancers, destroying cancer cells from within and mobilising the immune system against them.

In a separate clinical trial by the Beatson West of Scotland Cancer Centre, statins were found to slow prostate cancer growth when used alongside hormone treatment.

Cancer Research funded the study, involving 12 participants, and said it was the first of its kind to show statins having a detectable effect on prostate cancer growth. 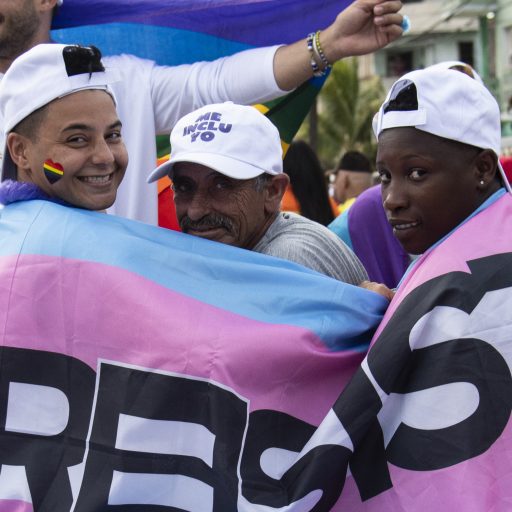 Just over two thirds of the population voted to approve a new Family Code, which also furthers gay rights by allowing same-sex couples to adopt children. The law change, which was given the green light depsite resistance from a growing evangelical movement, allows surrogate pregnancies for the first time and delivers broader rights to grandparents, alongside measures tackling gender violence.

President Miguel Diaz-Canel wrote on Twitter: “As of today, we will be a better nation.”

The legislation represents a marked change from attitudes on the communist island 50 years ago, when gay people were persecuted and sent to work camps for ‘re-education’.

The move follows years of campaigning by gay rights activists, which gathered momentum when Mariela Castro, daughter of former leader Raúl Castro, took up the fight.

“Love is law on the island of freedom!” she tweeted after the landmark vote. 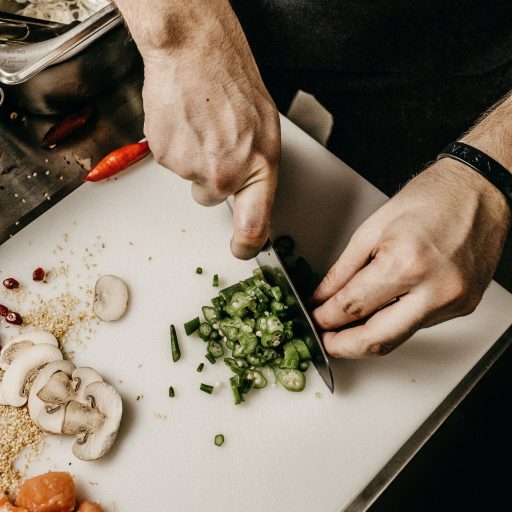 A double Michelin-star chef and a soup kitchen have joined forces to help upskill homeless people while tackling a staff shortage in hospitality.

16 people with experience of homelessness will get a three-week crash course in cooking under the guidance of chef Adam Simmonds and Soup Kitchen London. They will go on to work a 13-week stint at Home Kitchen, a pop-up restaurant on the former site of a Frankie and Benny’s in London’s Victoria Station. The budding chefs will earn a London Living Wage and leave their placement with a City and Guilds qualification.

Simmonds, a frequent volunteer at Soup Kitchen London, was head chef at Ynyshir Hall in Wales and Danesfield House near Marlow when the restaurants won Michelin gongs. He has set an ambitious crowdfunding target of more than £400k for Home Kitchen, to cover wages, the cost of sponsoring qualifications, and food and drink stocks.

The initiatives comes as Big Issue launches a specialist recruitment service, Big Issue Recruit, to support people facing barriers to employment and help then gain a foothold in the job market. 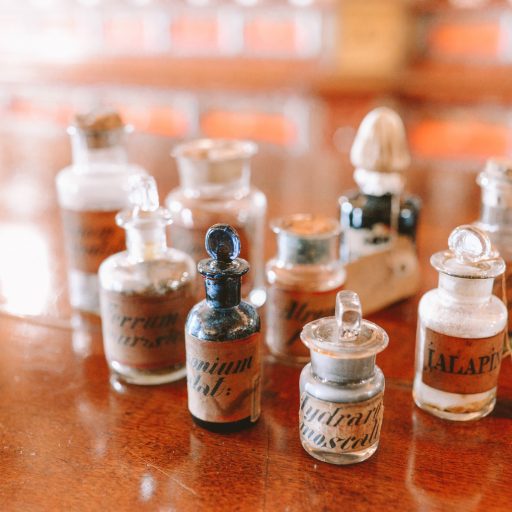 A ‘miracle’ plant rose from the dead

A researcher believes he has rediscovered a ‘miracle’ plant beloved by Greek physicians and Roman chefs after it was thought to have become extinct 2,000 years ago.

Silphion saplings were valued at the same price as silver during the Roman empire, when the plant’s golden flowers were a culinary staple. In Greece its medicinal properties were used to cure everything from warts to upset tummies.

Ancient texts reveal it appeared to have vanished around 638BC, with historians marking it as the first recorded extinction of any species, possibly due to man-made changes to the local microclimate.

However Istanbul University professor Mahmut Miski now claims rumours of Silphion’s demise may have been exaggerated after he discovered what he believes are the last surviving vestiges of the plant, a thousand miles from where it once grew.

Miski found a similarly golden-flowered plant, Ferula Drudeana, in the foothills of Mount Hasan in central Turkey 40 years ago.

Decades of research have now led him to believe it is in fact the long-lost Silphion. 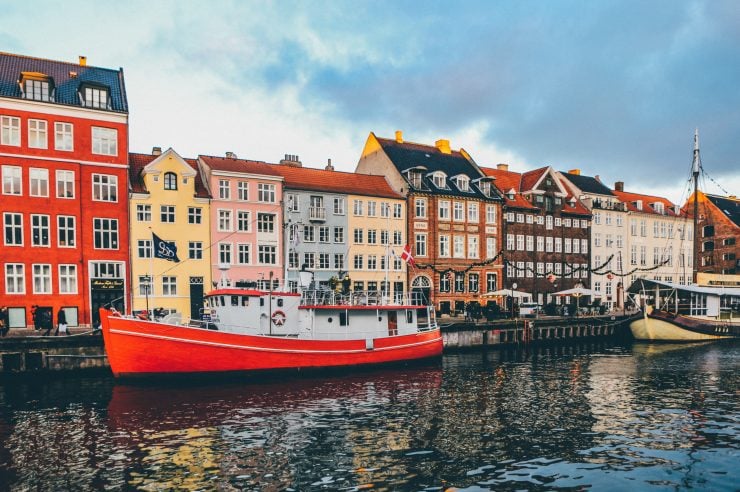 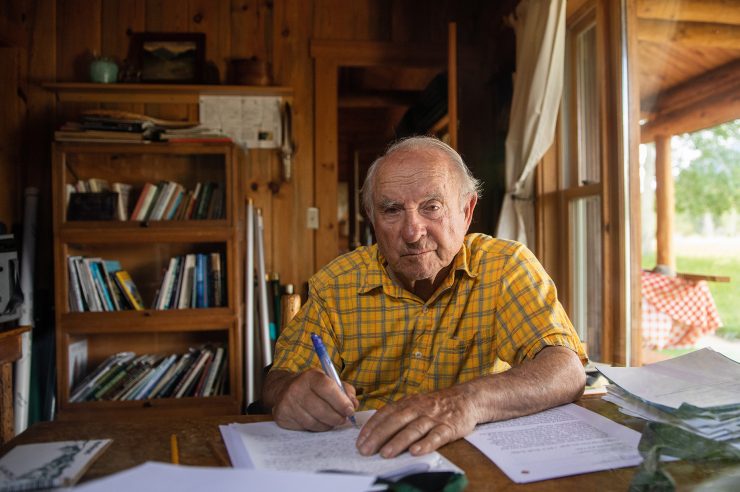 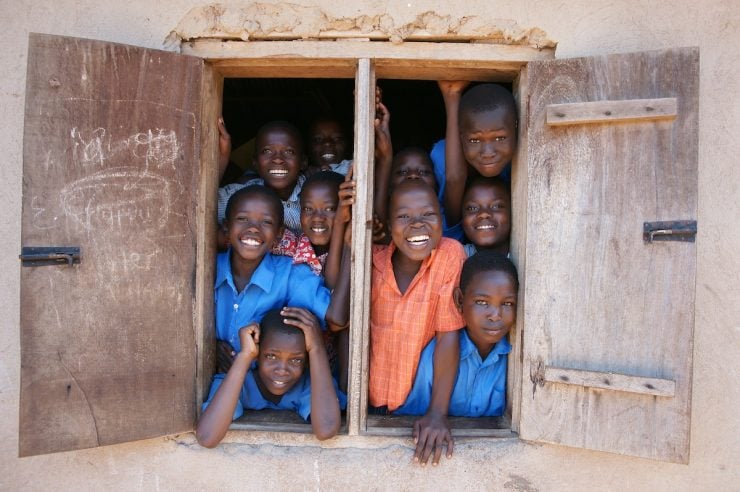