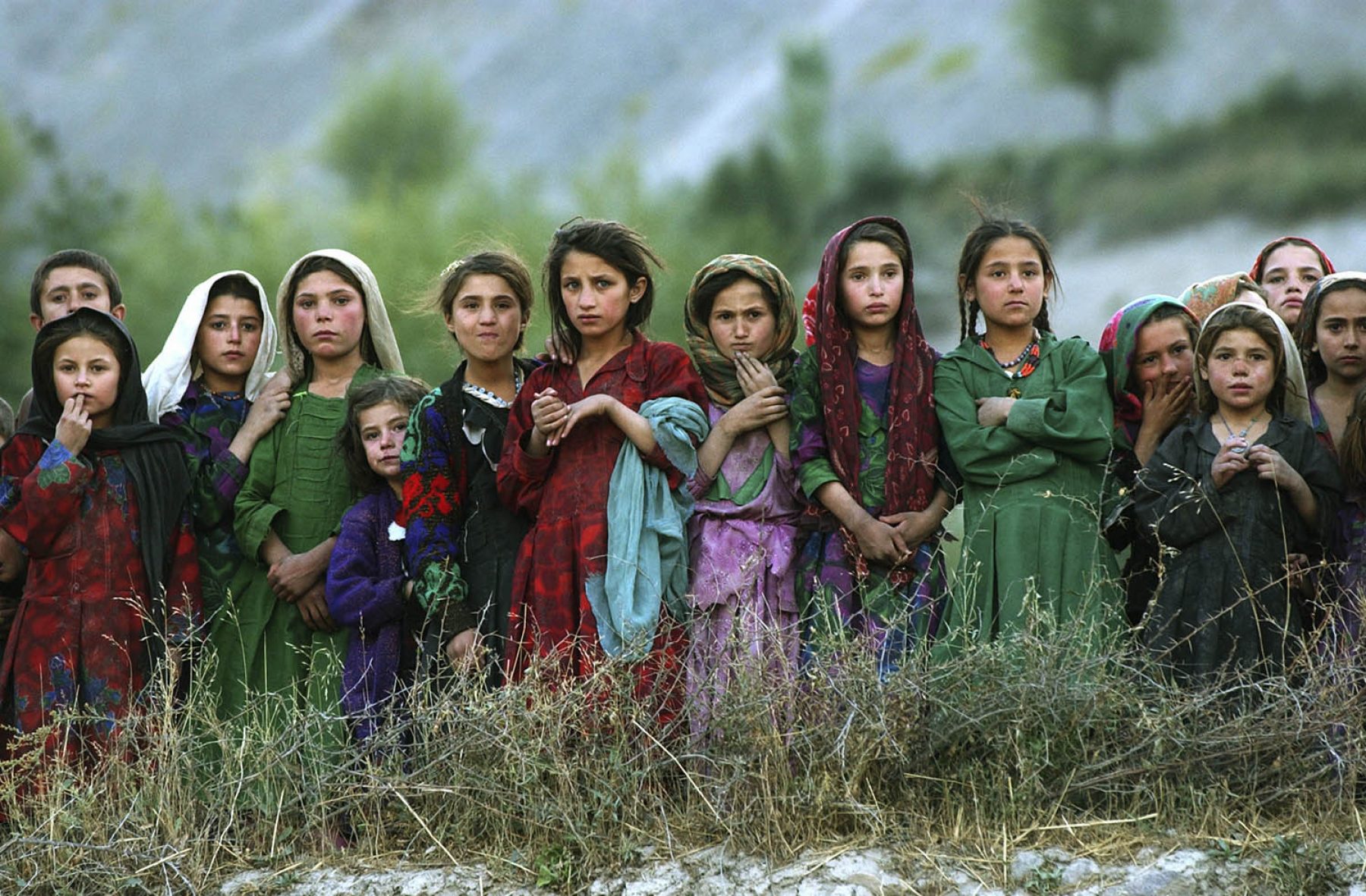 The Taliban takeover of Afghanistan has major implications for female reporters. A print sale is raising money to help them flee, or continue their work underground

The Taliban takeover of Afghanistan has major implications for female reporters. A print sale is raising money to help them flee, or continue their work underground

Since the Taliban takeover of Afghanistan in August, hard-won freedoms have come under threat, no more so than women’s rights, freedom of speech, and press freedom.

The Network of Women in Media, India (NWMI) got in touch with female journalists in Afghanistan to find out how they could help their colleagues continue their work against the odds. One of the most urgent needs they identified was money.

100% uplifting. 25% discount. The new issue of Positive News magazine is out on 29 September. Get 25% off when you subscribe using code BETTERNEWS Subscribe now

In response, the NWMI organised a print sale in collaboration with the Associated Press (AP), which has donated a selection of images to the cause. The collection brings together photographs by some of AP’s bravest and most talented visual journalists, who offer glimpses into daily life in Afghanistan over the last two decades.

One contributing photographer is Richard Vogel, whose shot of two Afghan boys walking behind a tank was taken in 2003. 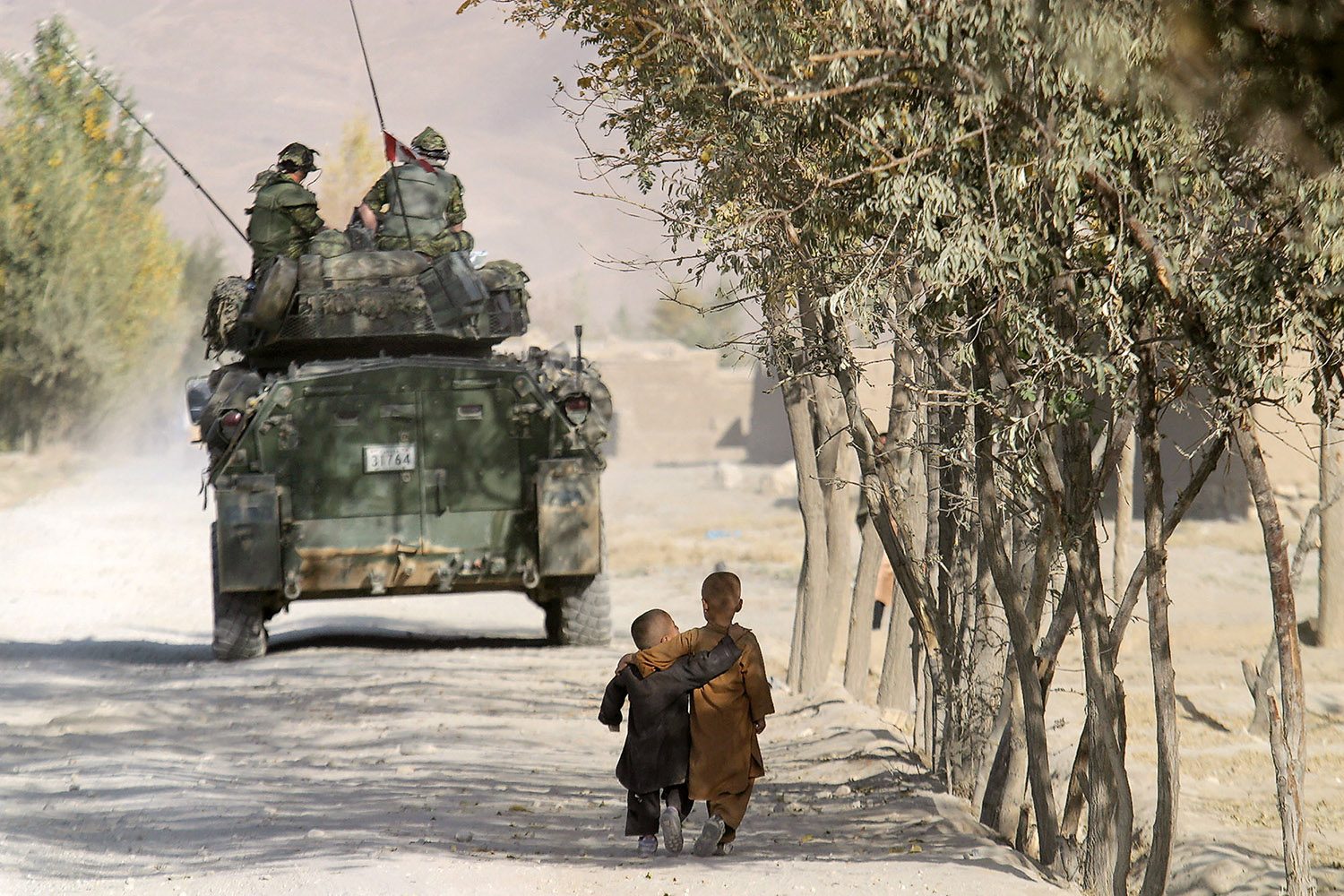 “The photo of the children walking arm-in-arm behind a tank was taken right after the opening of a rural school in Afghanistan,” he said. “It was a very optimistic time and a privilege to be able to document life in Afghanistan at that time. People were incredibly optimistic. You would find people dancing in the streets.”

Suzanne Plunkett is another photographer whose work appears in the collection. Her image of two girls playing on a swing in front of snow-capped mountains was typical of her approach to documenting life in Afghanistan. 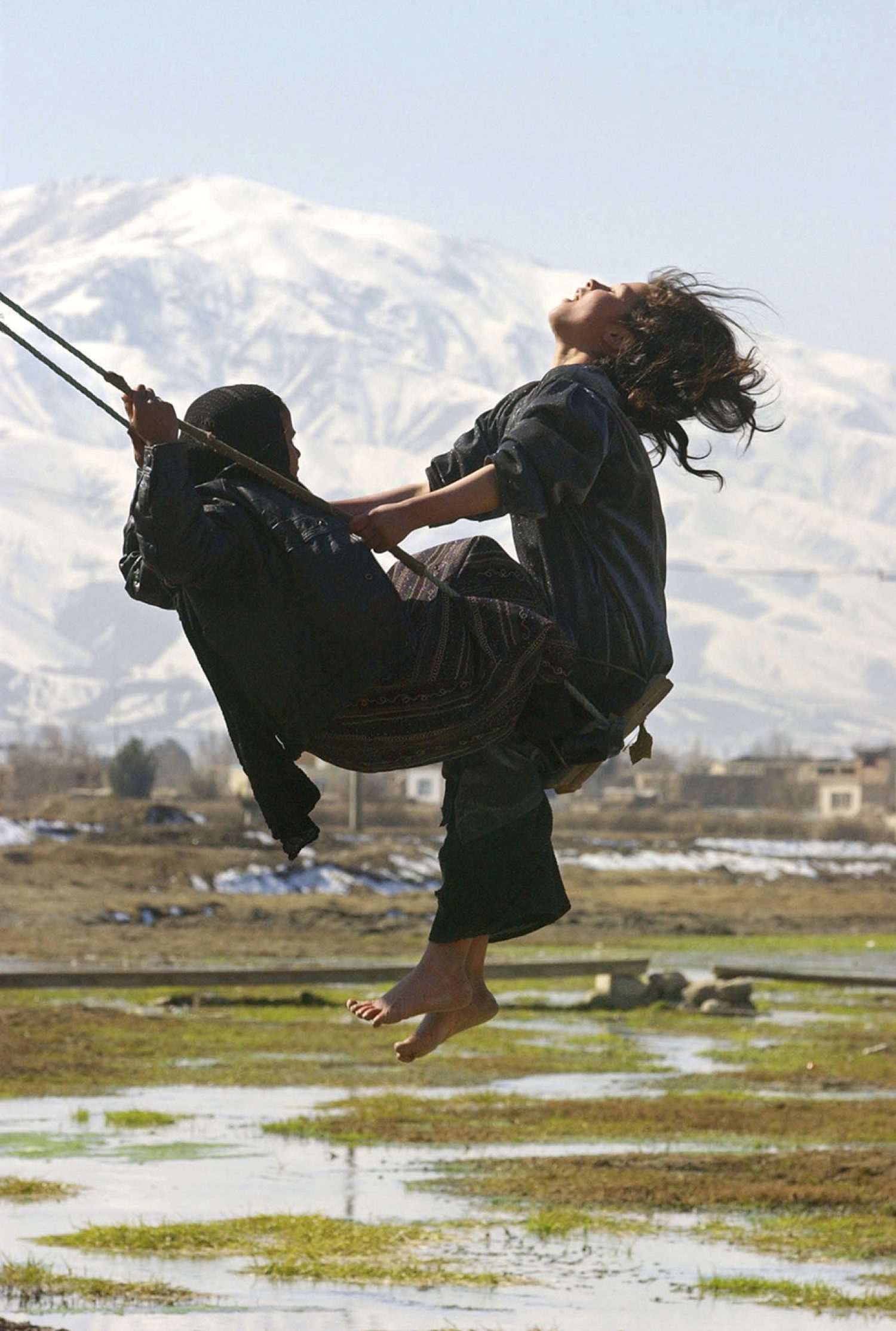 Two girls play on a swing during the Eid holiday of 2003. Credit: AP Photo/Suzanne Plunkett

“Afghanistan is such a beautiful country and at the time I visited was so full of hope,” she said. “I tried to show this in the subjects that I photographed, rather than the photos of war that had been so abundant previously.”

All proceeds from the sale of the unsigned prints will go toward helping female journalists in Afghanistan; whether it be finding safe houses, rebuilding small media start-ups, settling in new countries, or finding ways to continue telling their stories. 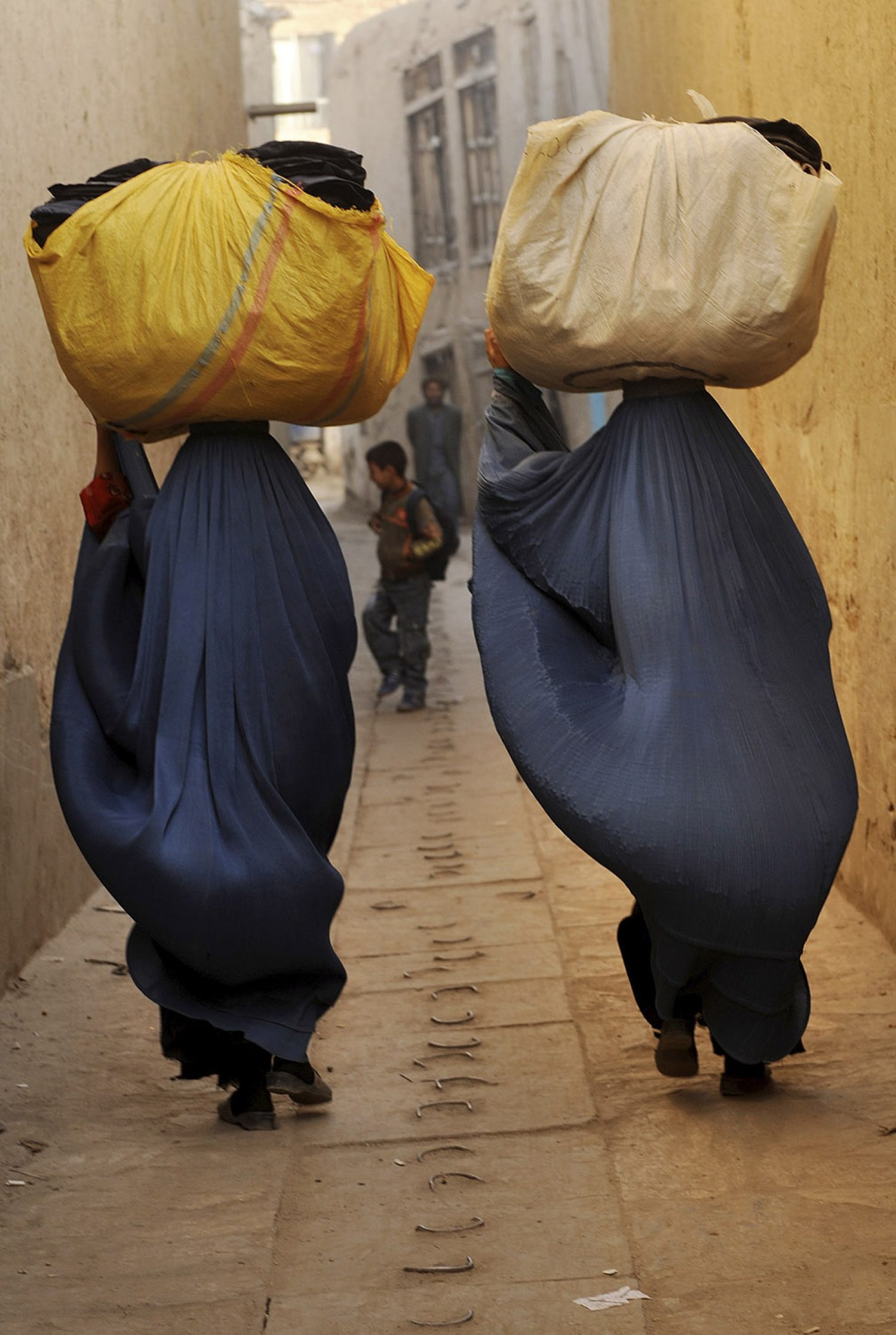 NWMI is forum for women in the media to share information and resources, exchange ideas, uphold media standards and ethics, and promote gender equality in the industry and wider society.

The prints start from $100 (£73), and are available from the Journalists For Afghanistan website until 30 September. 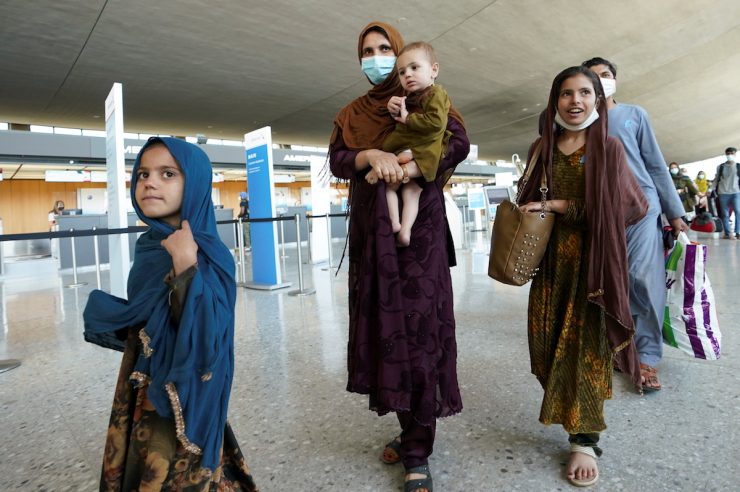 Five ways to help Afghan refugees arriving in the UK Many fled their homes in haste and arrived with little more than the clothes on their backs. This is what you can do to help them Society Wellbeing