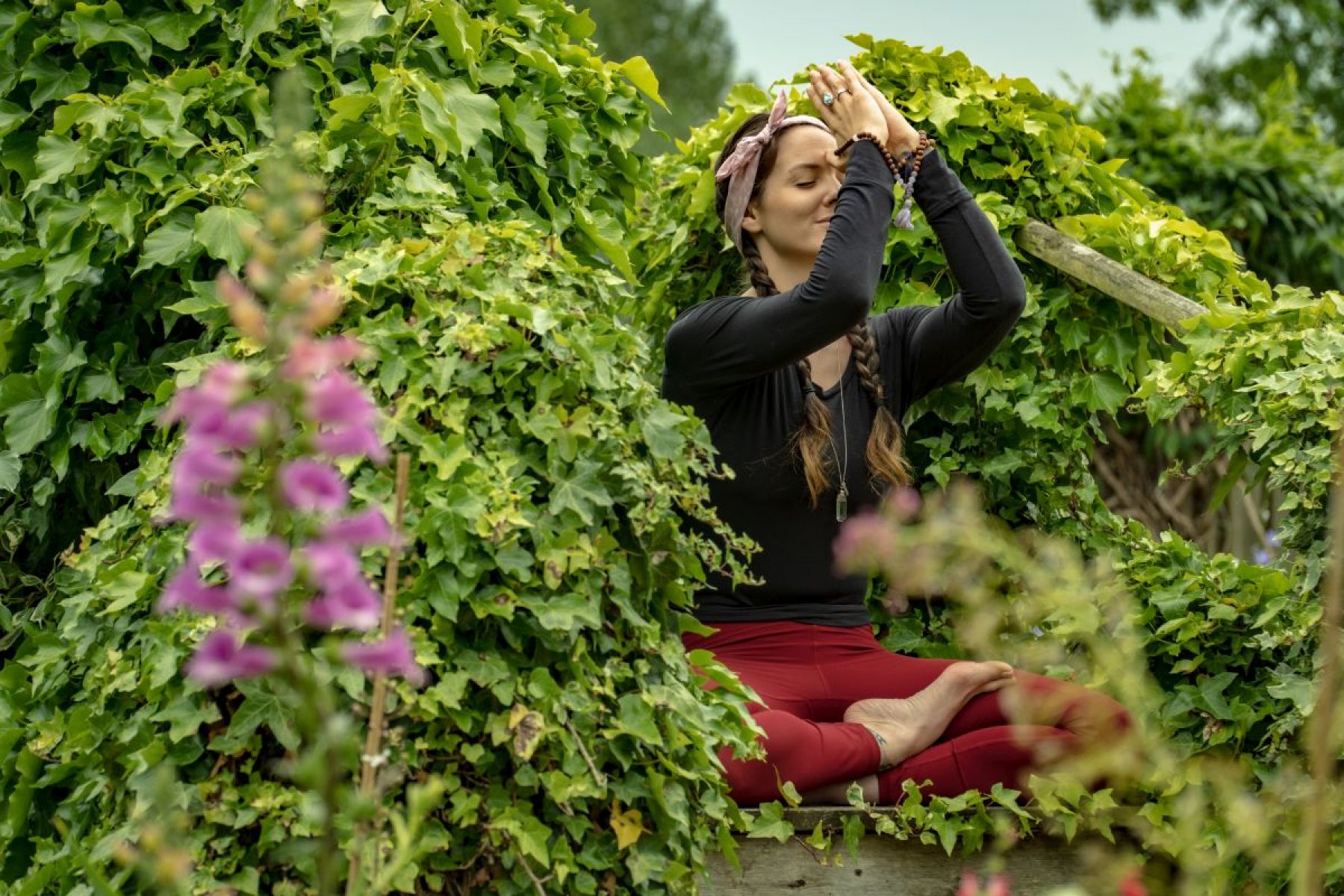 ‘It changed my life’: the sign language yoga school for deaf people

Breish Rowe always wanted to take up yoga, but mainstream classes were too hard to follow. “Try looking at the teacher and lip-reading while doing downward dog,” says Rowe, who is deaf.

In November 2019, she got her chance: a weekend retreat hosted by yoga instructor and qualified British Sign Language (BSL) interpreter Bethaney Mouzer.

“I left that weekend feeling calmer than I have done in a long time,” Rowe, 33, says. “As someone who struggles with anxiety, I can say that I’ve finally found something that works for me, that has literally changed my life.”

An estimated 50 per cent of deaf people live with a mental health condition, compared with 25 per cent of the general population. Activities like yoga are believed to have a positive impact on mental health, but without accessible classes and facilities deaf people can struggle to take part.

That was the motivation behind Mouzer’s BSL yoga school, Sign Yoga, which she launched in 2019, but has since taken online due to the pandemic. Her online classes cost from £4 and take place five days a week.

Mouzer, 29, is the hearing daughter of deaf parents and grew up with BSL as her first language. After getting into yoga in 2015, she fielded repeated requests from deaf friends and people she worked with as a BSL interpreter to teach them yoga.

“Yoga is so much more than what you’re doing on the mat,” explains Mouzer. “It is really good for your mental health. If you’re feeling low, or have low confidence or anxiety, it can really help.”

Having an instructor with personal experience of the deaf community, as a child of deaf adults, helped Rowe to feel more at ease.

“Bethaney understands deaf culture in a way that perhaps hearing people who use sign language do not,” Rowe says. “For example, I knew she would be used to certain noises. As a deaf person, this allowed me to relax and not worry about my hearing aids whistling while I’m lying down or breathing loudly or whatever. This is called ‘deaf anxiety’ and can prevent deaf people from attending mainstream classes as they don’t want to embarrass themselves.”

Clear communication in a supportive environment also made the difference for Jessica Shepherd, 29, from Stourbridge. “Attending Bethaney’s classes made me aware of how much I’d missed in mainstream classes,” she says.

Both Shepherd and Rowe credit Mouzer with helping them understand the centrality of the breath in yoga – a concept they had previously struggled with and a skill Shepherd says helped her during childbirth.

“I went to Sign Yoga until my 38th week of pregnancy, and had the most amazing birth as a result of learning how to control my breathing and mind,” she says. 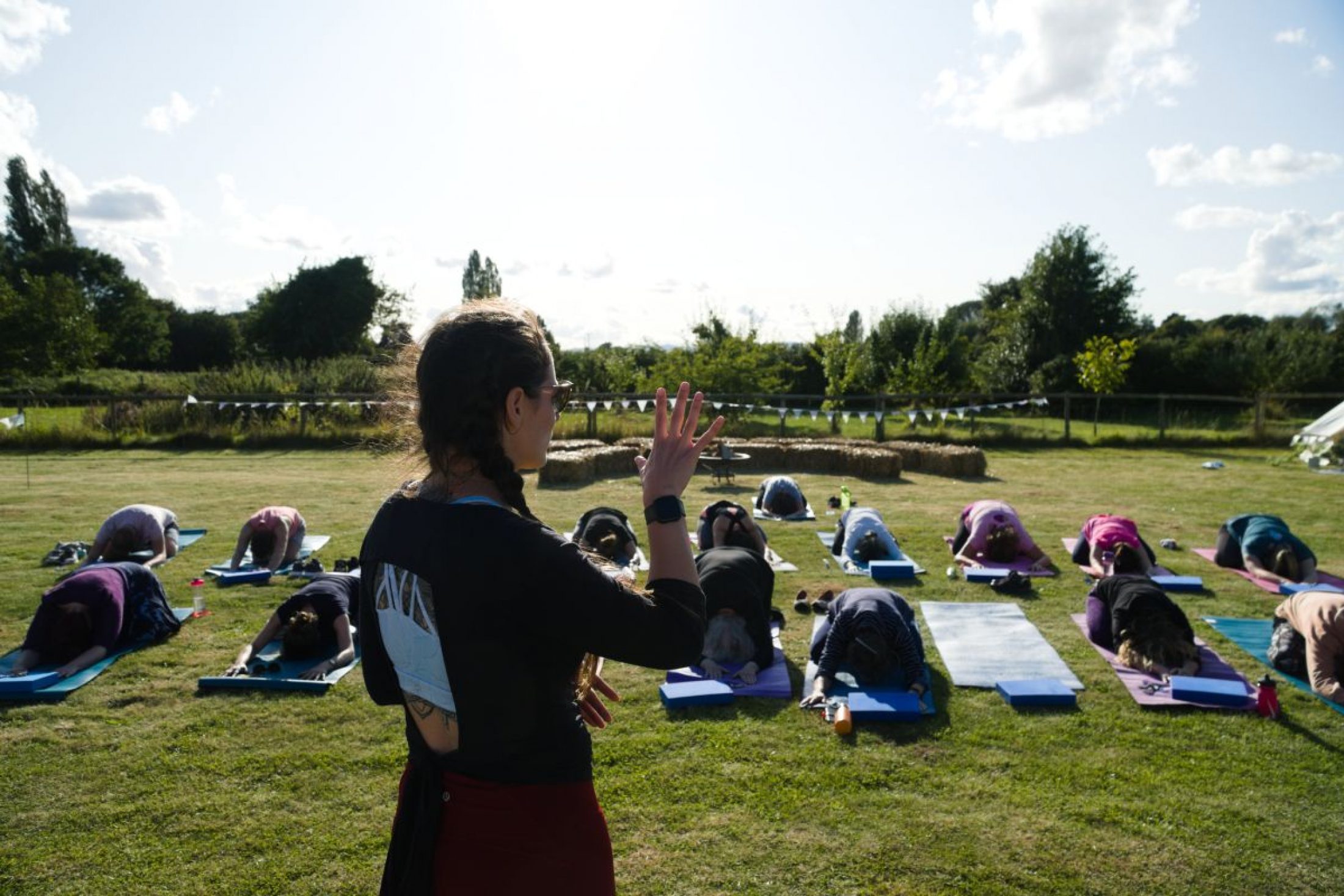 In an effort to improve inclusivity in mainstream yoga, Mouzer hosts masterclasses for hearing yoga teachers. These aim to show teachers how to adapt their class for deaf and hard of hearing students, “without impacting the actual structure of what they teach”.

She explains that a deaf person who attended a mainstream yoga class described how the teacher had told her: “Oh, sorry – I can’t teach you. You’re going to have to leave.”

“It was shocking to hear that,” Mouzer says. “It almost brought tears to my eyes.”

As well as changing hearts and minds, venue accessibility is also a priority for Mouzer. “Some places have an intercom, which is an automatic barrier for a deaf person as soon as they arrive,” she says.

Despite such challenges, the level of interest shown by both the deaf and hearing communities gives her hope.

“If any community’s going to stand up for diversity and accessibility, it should be yoga,” she says. “In an ideal world, I just want deaf people to be able to go to a yoga studio and feel confident, comfortable – and just enjoy what yoga is all about.”

Sign Yoga isn’t the only organisation making it easier for deaf people to participate in sport: 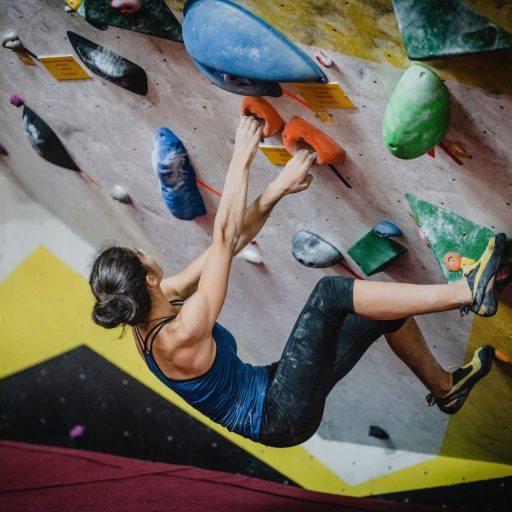 This deaf-led organisation is devoted to increasing access and participation for members of the deaf community in rock climbing, both indoors and outdoors, and has links to local groups. 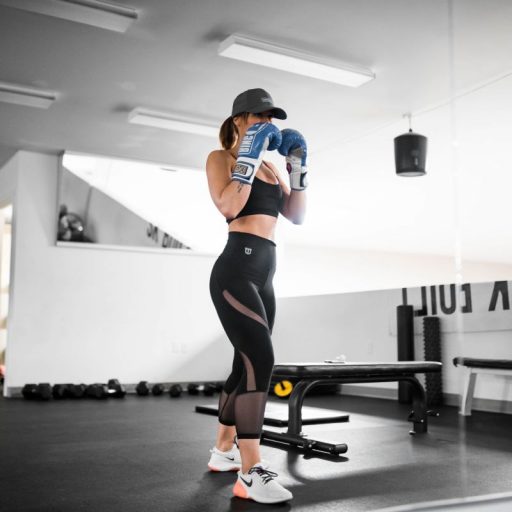 A London-based gym that runs Mixed Martial Arts classes, with an emphasis on confidence and self-belief among people who are deaf, blind or disabled. 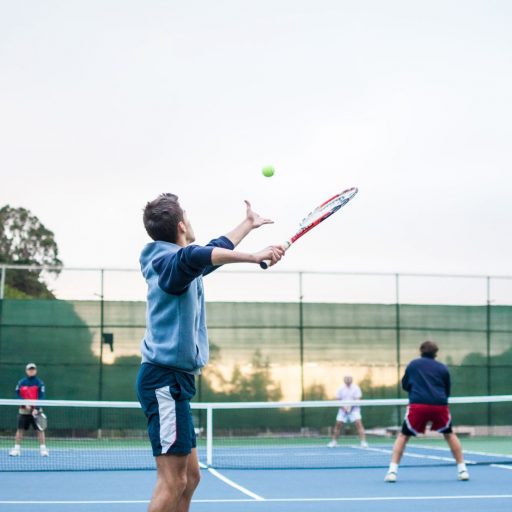 In 2019, Lee Duck-hee of South Korea became the first deaf player to win an ATP Tour main draw match. For those with similar ambitions, British Deaf Tennis offers information about getting started in tennis, highlighting local clubs and classes.