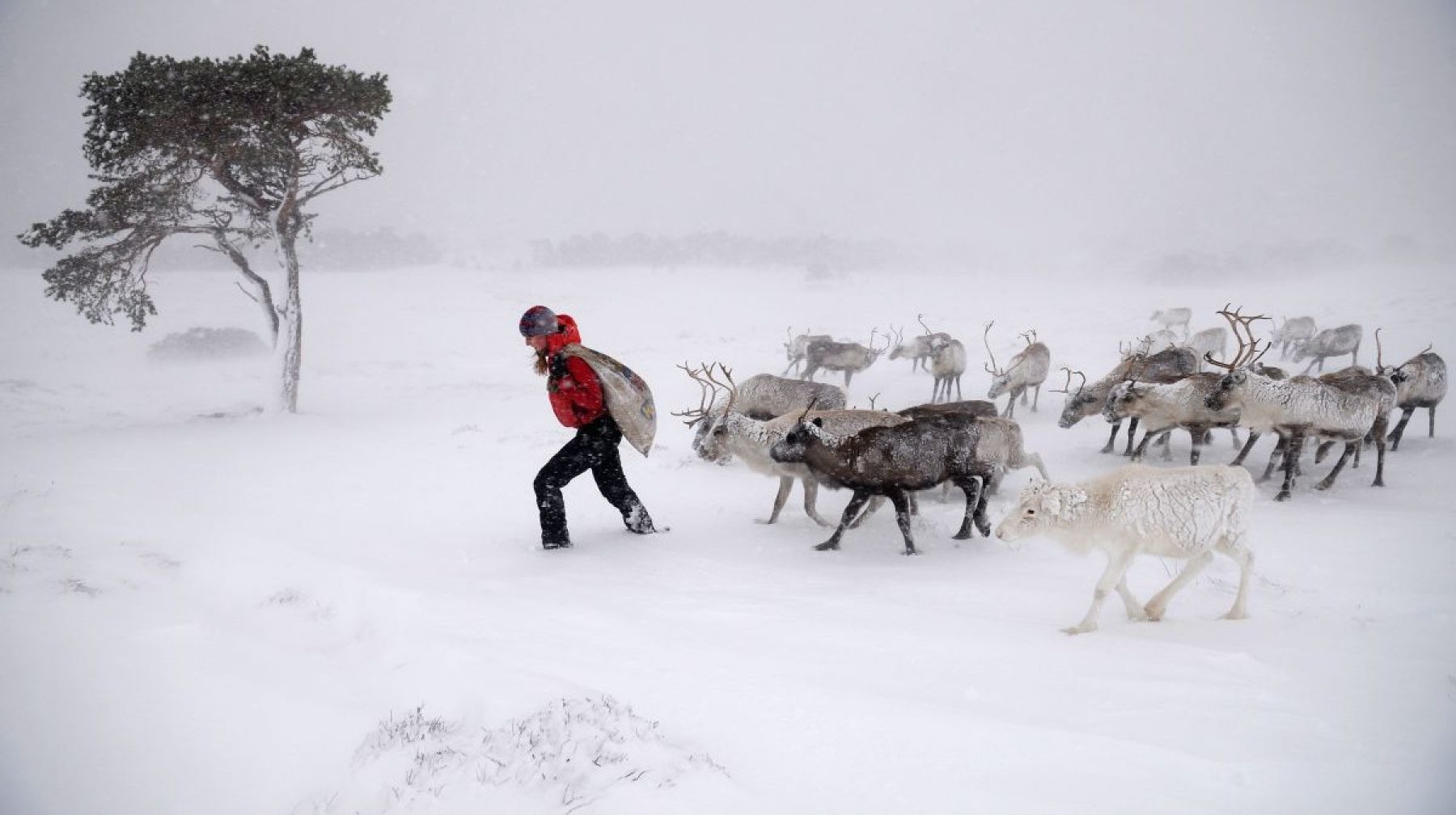 Bucking the trend: the Scottish reindeer offering hope for an imperilled species

Arctic reindeer are at risk due to the climate crisis, but in the Highlands of Scotland the UK’s only free-range herd is thriving. We talk to one young herder about life among these majestic animals

Arctic reindeer are at risk due to the climate crisis, but in the Highlands of Scotland the UK’s only free-range herd is thriving. We talk to one young herder about life among these majestic animals

On a snowy winter morning, Lotti Papastavrou Brooks, 23, can normally be found somewhere in the Cairngorm mountains looking for reindeer. She’ll probably have a 15kg sack of food with her – filled with hay, garlic, barley sugar beet and dark grain – as she ventures uphill through the snow searching for the stately, antlered animals. It could be an hour or so before she finds them roaming somewhere on the mountainside, but she’s confident the prospect of breakfast will entice them in when she does.

Brooks doesn’t have a typical graduate job. She is one of the UK’s only free-range reindeer herders, at the Cairngorm Reindeer Centre, near Aviemore in the Highlands of Scotland.

Reindeer are believed to be native to Scotland, but became extinct around 800 years ago due to over-hunting. In 1952, the site in the Cairngorms became the first place in the UK in which the animals were reintroduced, after Swedish herder Mikel Utsi visited with his wife and thought the area would make a good home for them. Since then, the herd has grown from eight to 150 and is looked after by a team of 10 full-time herders. Brooks, who is originally from Bristol, first volunteered at the centre during the school holidays aged 14, and started working full time with the animals around a year ago. “I had visited as a child and knew the family who run the reindeer centre fairly well,” she explains. “I had always loved the reindeer and the area, and was keen to get more involved.”

The job changes with the seasons. In winter, she heads out early in the morning, trekking into the blustery mountains to find the herd. “It’s not unusual for it to be -15 degrees and quite deep snow,” she says. It can take a while; the reindeer are free to roam around 10,000 acres.

Once the animals have been found, she moves them closer to the centre, so they can take tours out later in the day. “They’re really greedy, so they’ll follow us whenever we have a bag of food,” Brooks laughs. 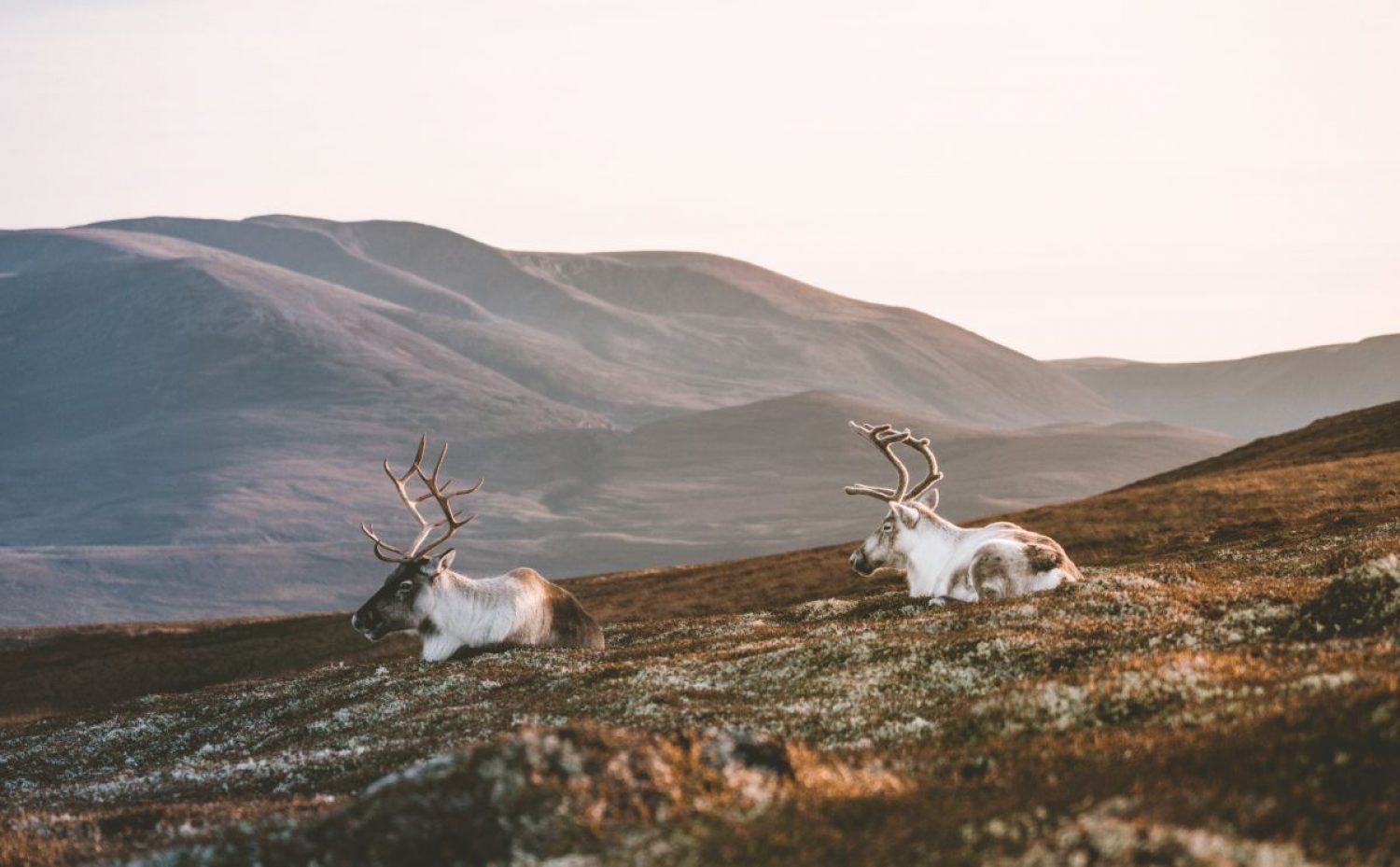 Reindeer were introduced to the Cairngorms in 1952. Image: Getty

The centre is run as a visitor attraction – none of the animals are killed for meat, culled or sold on. People come from all over the world to see the reindeer throughout the year, including enthusiasts from Sweden or Norway, as well as people who have never seen deer before. The animals are gentle and good natured with everyone, Brooks says. “You can easily walk among them, even though they have big antlers on their heads. You’d be surprised how relaxing it is.”

Spring is the calving season so the herders bring pregnant females into a 1,200-acre hill enclosure to keep an eye on them. Each year, Brooks and her colleagues name the newborn reindeer after a new theme. Parmesan, Camembert, and Mozzarella were born one year, while in 2019, calves were named after European cities. The herd now includes Athens, Oslo, Florence and Bordeaux.

The team of herders can work out who’s who straight away, Brooks says. The animals all have very different faces – some have white noses, others are light brown or dark – and they have distinct personalities. “Some love to be around people, others are more shy,” Brooks observes. “You can even see the characteristics go down family lines.” 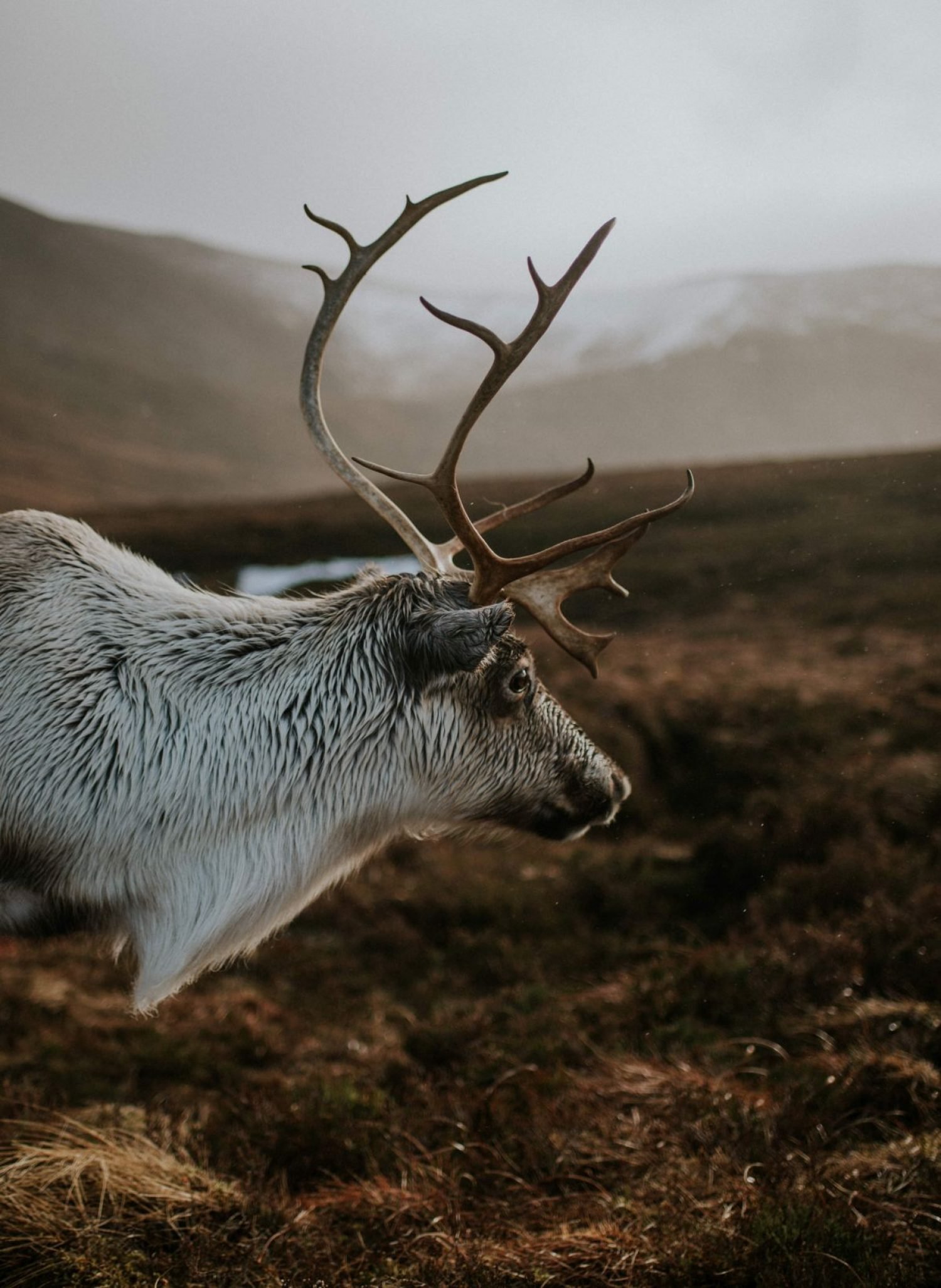 Reindeer are believed to be native to Scotland, but became extinct around 800 years ago. Image: Natalie Swiader

Brooks admits she has some favourites. “Olympic [who was born in 2012, the year of the London Olympics] loves to be around people. I really like Gloriana as well, she’s quite shy but has gained confidence over the years. Berlin is also a lovely tame boy.”

Although reindeer are native to the UK, their natural habitat is now quite small. As the last sub-arctic ecosystem in the UK, the Cairngorms is the only place in the country where reindeer can range freely. To keep them from overgrazing the area, the herders keep the size of the herd at around 150 by controlling how many cows are allowed to run with bulls during the breeding season, which falls in the autumn.

This time of year, the run-up to Christmas, is a busy for the animals and staff alike. The reindeer go on tour, visiting children and pulling Father Christmas on his sleigh. Each animal only does a couple of weeks’ work, however, before returning home to the mountains. 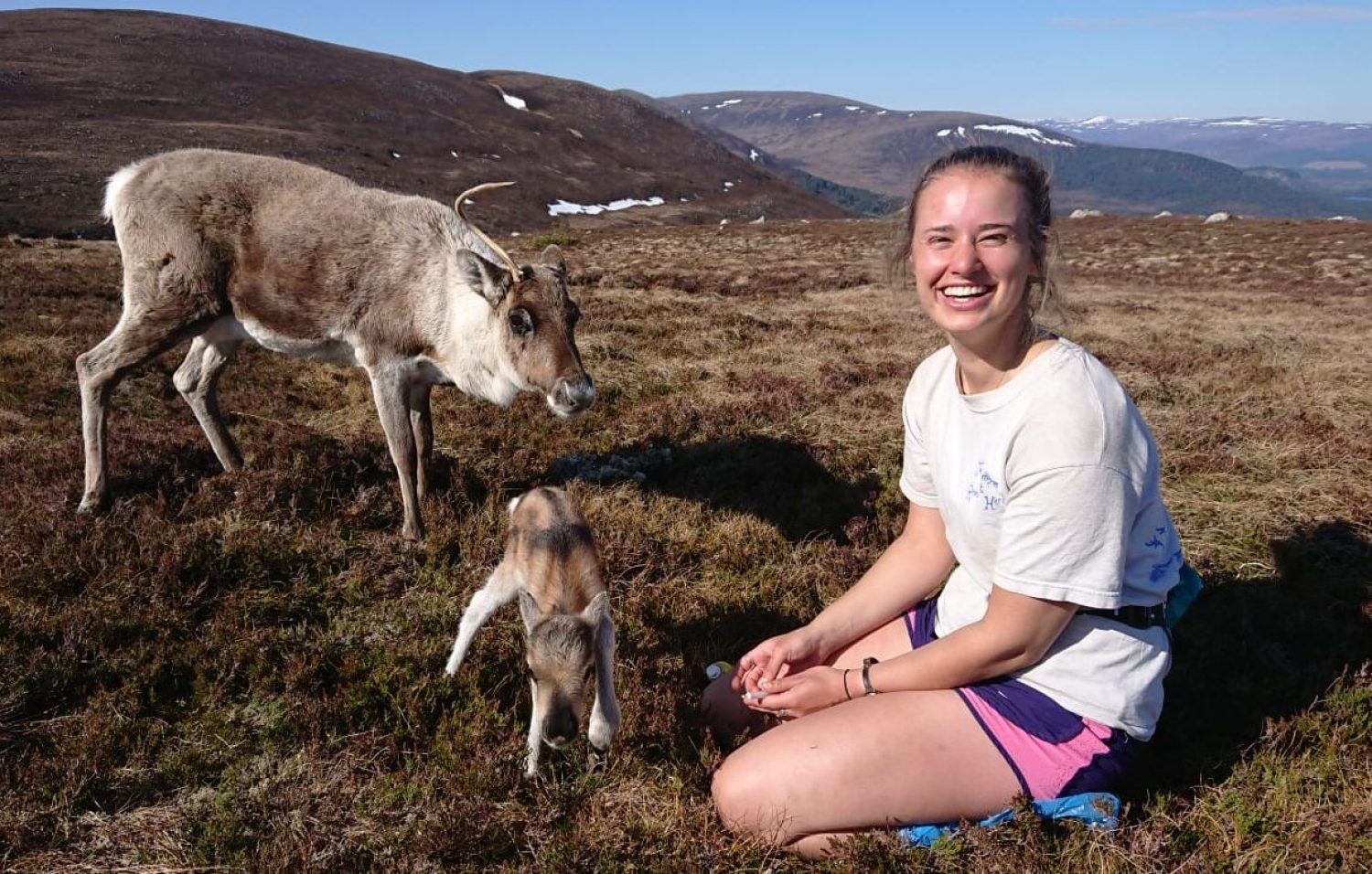 ‘Reindeer are greedy, so they’ll follow us whenever we have a bag of food,’ says herder, Lottie Brooks

Meanwhile, Brooks is responsible for writing letters to supporters who have adopted reindeer. “We have some incredibly enthusiastic adopters who adopt up to about eight reindeer and know almost everything there is to know about them,” she says with a smile.

Despite the love many have for reindeer, the climate crisis is putting them under threat. The population of wild reindeer in the Arctic has declined by more than half in the last two decades, to around 2.1 million animals.

Last year, some 200 reindeer – an unusually high number – were found dead from starvation in the Arctic archipelago of Svalbard, according to the Norwegian Polar Institute, which suggested the climate crisis was to blame. The fact that this Scottish herd is thriving may bring a degree of hope to lovers of these majestic animals.

Despite the job satisfaction, being a reindeer herder can be hard work, with early starts, lots of walking, and the need to haul heavy sacks of food up the mountains. It’s also a lifestyle choice. Brooks lives with four other herders.

“From my bedroom window I can see lots of mountains. There are also beautiful lochs, so we are lucky to be able to swim, run, cycle, climb, bike and ski, all from the doorstep. I’ve seen the reindeer walk across the ski slopes before.”

Living closely together means the team has to get on well. “We all live very communally, taking turns to cook. It’s a lot of fun.” Throughout the summer, they are usually joined by a different volunteer each week.

Despite the challenging work and remote location, volunteers are usually very interested and hard-working, Brooks reports. And for herself, she has no plans to give it up for an office job any time soon.

Main image: A reindeer herder in the Cairngorm mountains. Getty 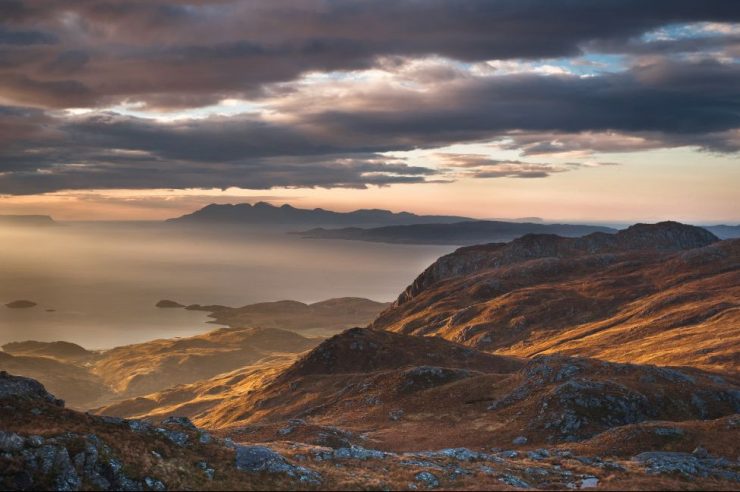 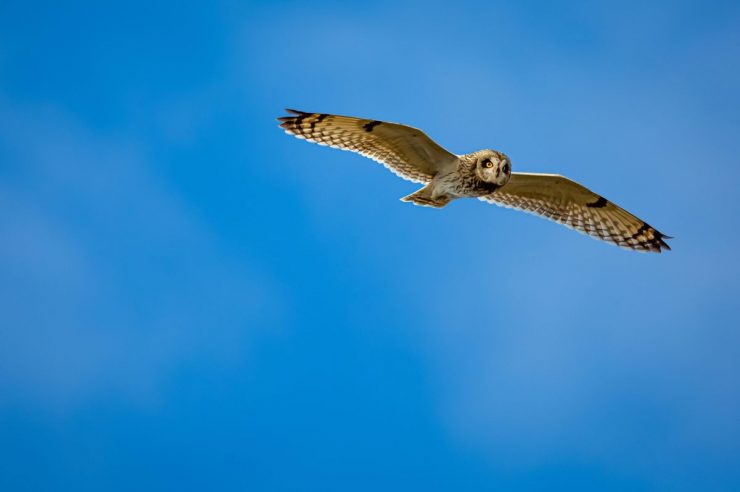 Scottish community raises £3.1m to fund 10,500-acre nature reserve The Langholm Initiative needs a total of £6.4m to make the project a reality – and has until the end of October to raise the funds Conservation Environment Society