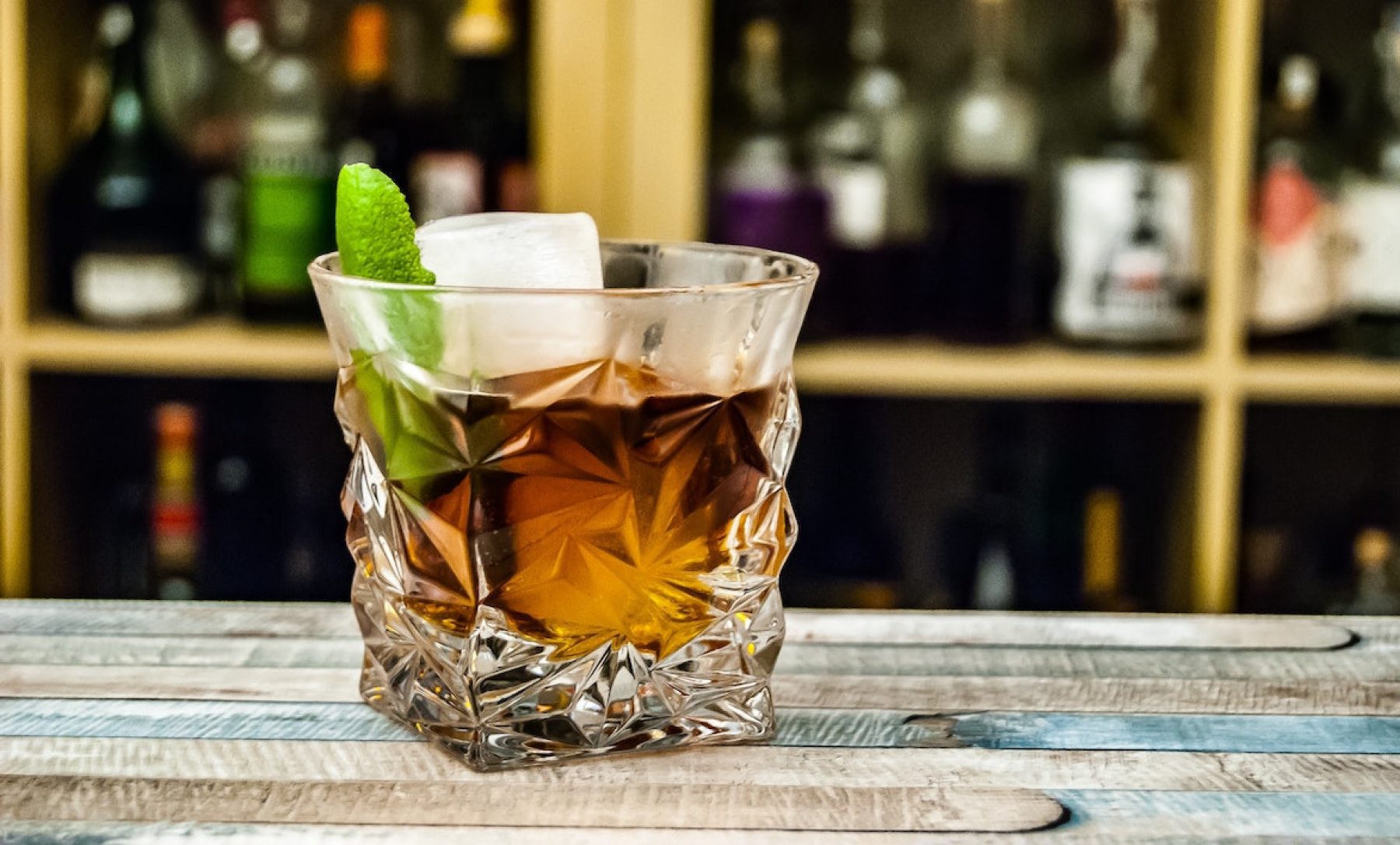 How your favourite tipple could help remove carbon and boost biodiversity

‘Climatarianism’ may be the latest thinking for planet-conscious diners, but what about when it comes to drinks? These spirit brands focus on nature, climate and pollinators

Words by
Daniel Fahey May 16, 2022
Environment Innovation Lifestyle
Brands of inspiration
This article has been created by Positive News and supported by Avallen

‘Climatarianism’ may be the latest thinking for planet-conscious diners, but what about when it comes to drinks? These spirit brands focus on nature, climate and pollinators

What are you drinking? An easy enough question. But I’m clinking through my booze cupboard – three types of whisky, two half-drunk bottles of gin, a cheap bottle of brandy used for a cake – and I’m still not entirely sure.

Barley? Juniper berries? The bottles don’t say. It seems there’s a large disconnect between agriculture and alcohol, a point that Stephanie Jordan, the CEO of Avallen Spirits, makes: we no longer really know what we’re drinking.

“Take out a bottle of vodka, gin or whisky,” says Jordan, “and virtually none have ingredients listed.”

She’s right. Spirit brands are under no legal obligation to identify their ingredients. But even if they did, drinkers looking to make climate-friendly choices wouldn’t likely be particularly inspired.

Avallen has set itself the challenge of making the alcohol industry more transparent. Image: Avallen

“Alcohol is not this accidental thing that man just invented,” believes Jordan. “It’s a gift – the gift of nature.” And it’s that gift that a new generation of climate-positive spirit brands are harnessing. They want biodiversity at the bar.

So, what are the ingredients listed on bottles of Avallen calvados? Crisp French apples. Oh, and water. That’s it.

Sourced from orchards in Normandy, where wildflowers and grasses grow freely among the trees, cattle roam the fields and rainwater is used for irrigation, a lifecycle analysis found that each bottle removes 2.73kg of CO2 equivalent (CO2e) from the atmosphere. This is because the apple trees sequester carbon.

Alcohol is not this accidental thing that man just invented. It’s a gift – the gift of nature

The area in France where Calvados is produced is also designated as an appellation d’origine contrôlée (AOC). This means its production is low-intervention by law.

“Consumers have the power to demand transparency and change,” says Jordan, “and if that isn’t forthcoming from one brand, then go find one that is.”

Arbikie Distillery in Scotland could be a contender. It runs a single-estate, ‘field-to-bottle’ operation. This means growing everything needed to produce its gins, vodkas and whiskies on-site. 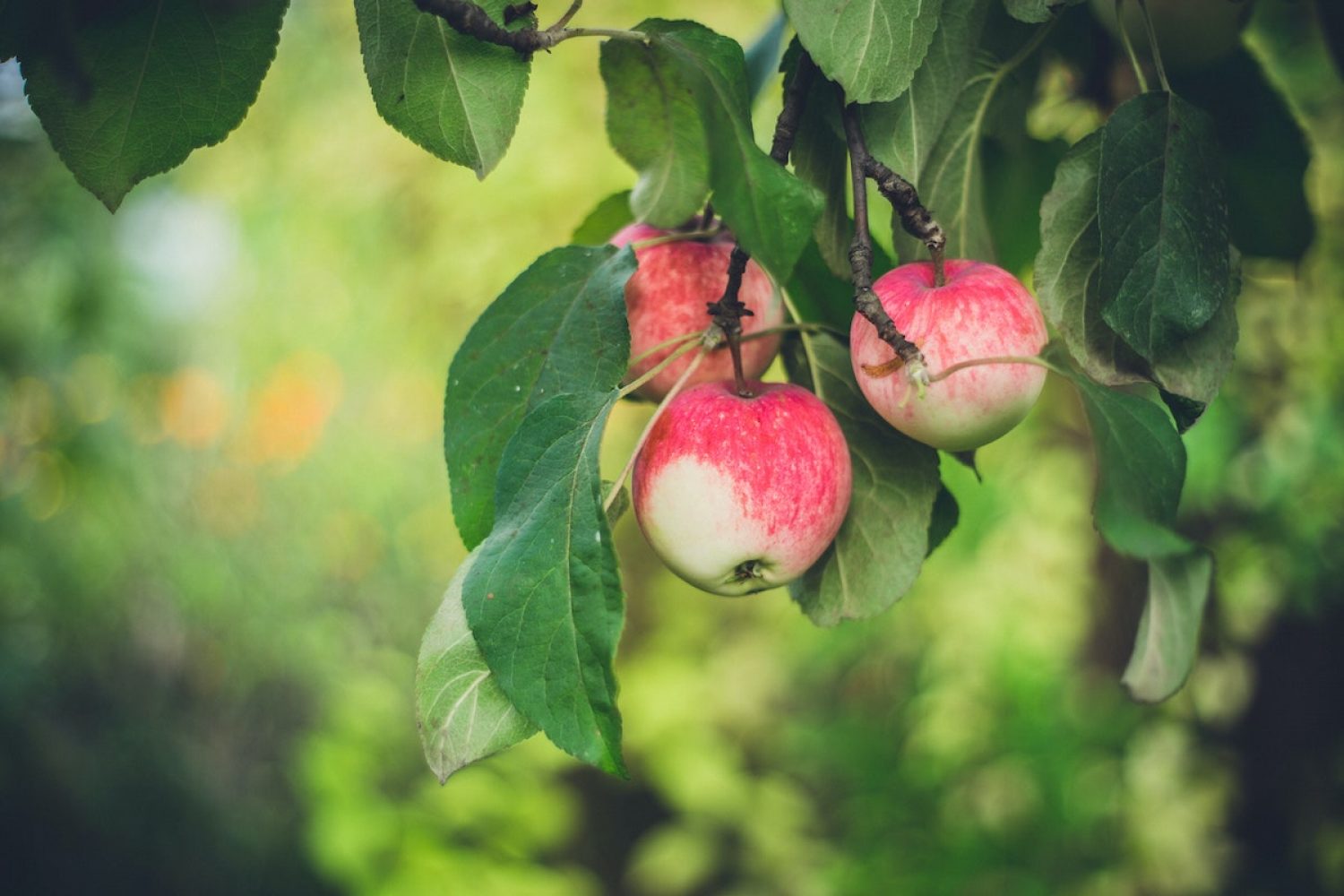 Orchards in Normandy are required by law to be naturally irrigated and left unmown. Image: Marina Khrapova

“We want to become one of the world’s most sustainable distilleries,” says founder Iain Stirling. “[But] like everyone else, we are on a journey and will continue to innovate and improve.”

Made from peas, the company’s Nàdar Gin is the world’s first climate-positive gin. The legumes draw nitrogen from the air, reducing the need for synthetic fertiliser. The ‘pot ale’ – a co-product of the first distillation – is then used to feed the farm’s cows, instead of imported soy, which is linked to deforestation. A peer-reviewed life-cycle analysis found each bottle avoids 1.54kg CO2e from entering the atmosphere.

“As a farm-based distillery, we start with the soil, seed and our natural environment. This sets the tone for our whole growing and production process,” says Stirling. It’s been difficult at times, he admits, including financially. But he now sees more natural diversity in the fields, more pollinators and better soil structure. The farm relies less on chemicals too. 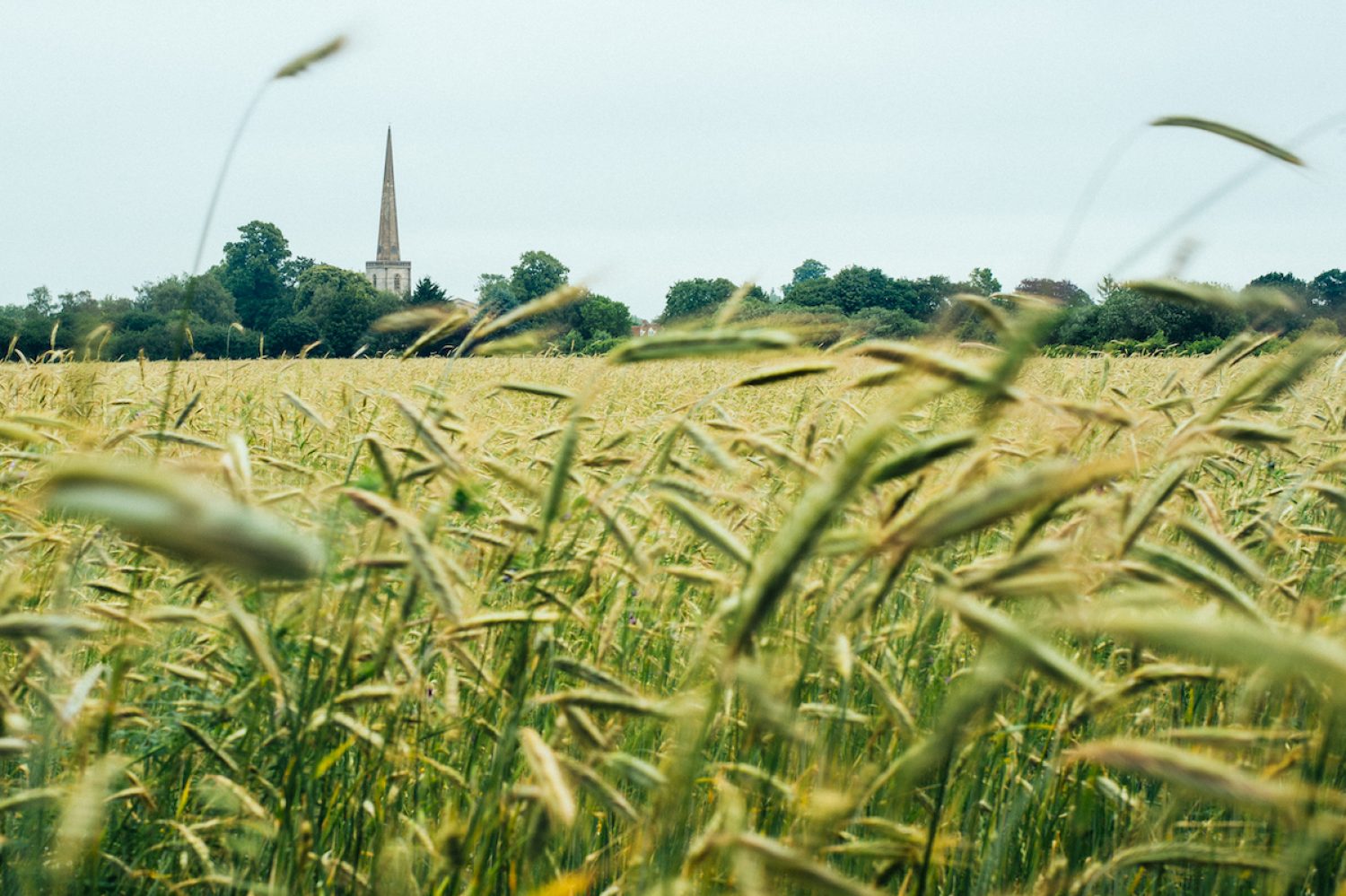 So how can more of us sip spirits that prevent climate change? “Seek out those producers that are making the effort,” he says.

Also, listen to the science. Climatarian diets – food that puts the planet first – are becoming more popular as scientists urge us to eat a wider variety of plants and grains to help meet climate goals.

The Oxford Artisan Distillery is going one step further and growing varieties of wheat and rye not seen in the UK since the late medieval period.

“We always wanted to do things a little bit differently,” says the company’s head of distilling Francisco Rosa, “so we were lucky to find our archaeobotanist, John Letts.”

Consumers have the power to demand change. If that isn’t forthcoming from one brand, then find one that is

For more than 20 years, Letts collected ancient varieties of grains from gene banks across the world. Most are now grown within a 50-mile radius of the distillery. Rosa believes the heritage gains have improved the flavour of their spirits.

The nutrient density of the grain is “incredible,” he says. “It gives our spirits a more concentrated flavour.”

This means a bottle of Oxford Rye Organic Vodka, distilled with the highest concentration of alcohol possible, can still have a complex taste. 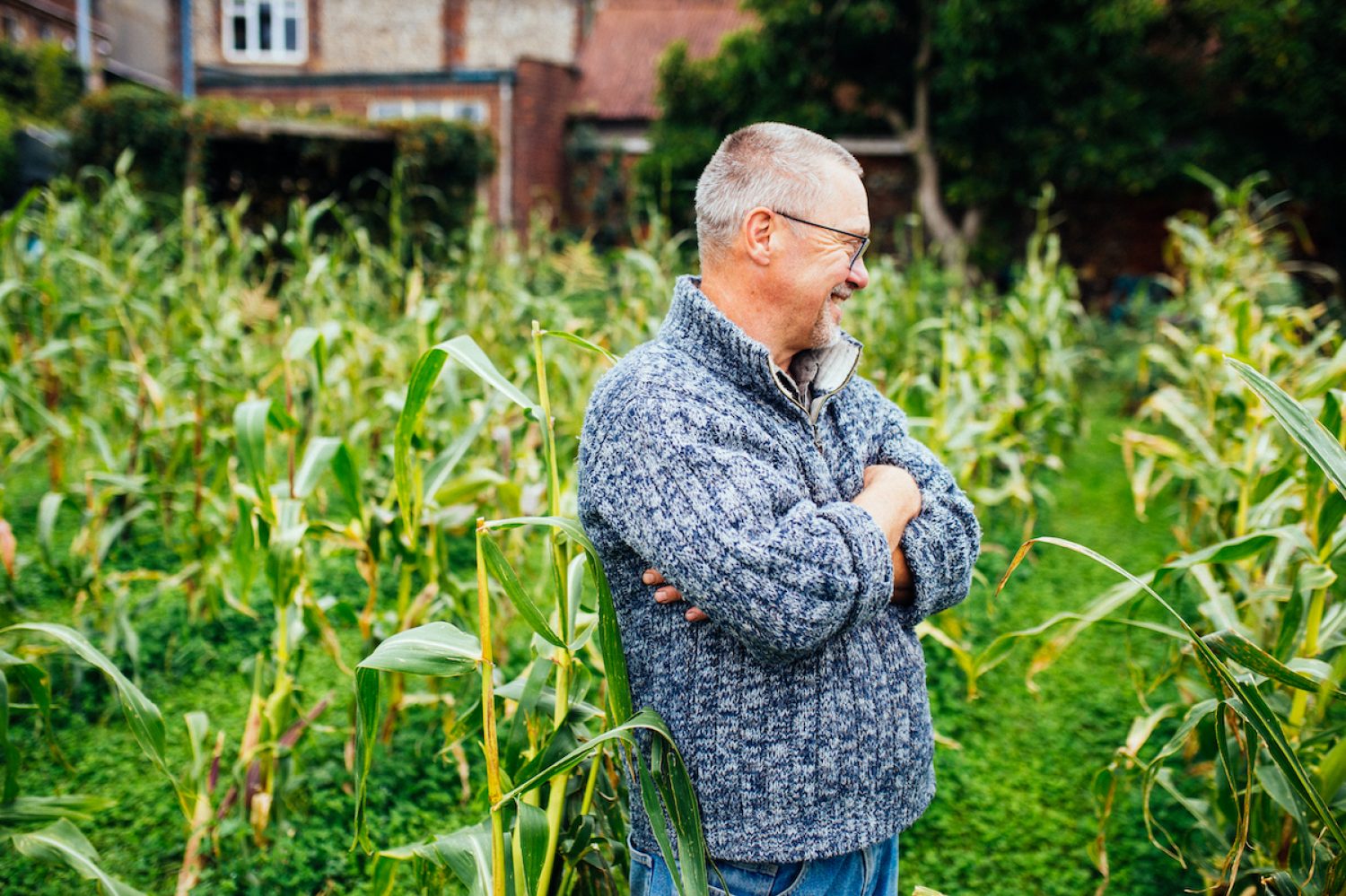 “It has notes of chocolate and caramel. It’s creamy, it’s milky,” says Rosa.

Some of the grains are organically grown while for others a technique called restorative cropping is used, where cereals are grown every year in the same field with an understory of short white clover. According to Letts, the clover helps create a permanent agro-ecosystem that feeds pollinators, supports biodiversity, enriches the soil and sequesters carbon.

Growing heritage grains with deep root systems in this way also enhances the crops’s drought resistance, and, says Letts, yields are increasing over time in spite of climate change.

This article was amended on 20 May 2022 to clarify how The Oxford Artisan Distillery cultivates its crops.

Positive.News | Brands of inspiration
Responsible drinking, but not as we know it: how to sip sustainably this summer Tipples taste sweeter when they don’t cause a headache for the planet. Here are five ways to drink more mindfully Written in partnership with Avallen

The plan to create an orchard in every prison in England and Wales A charity is working to ‘green’ the UK’s prisons using orchards, a project that is reaping rewards for inmates and the environment Education Environment Justice Society 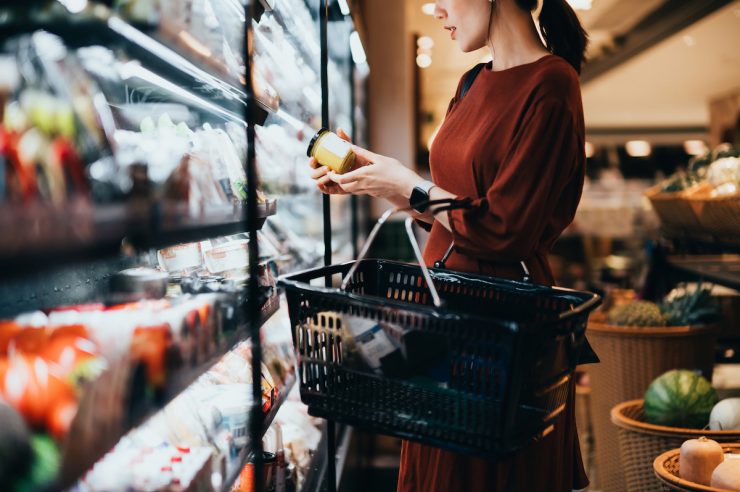 Positive.News | Brands of inspiration
Carbon labelling for food and drink products is coming – will it make a difference? Eco labels are being trialled in the UK this month, while some brands are using them voluntarily. Could they help cut emissions? Written in partnership with Avallen