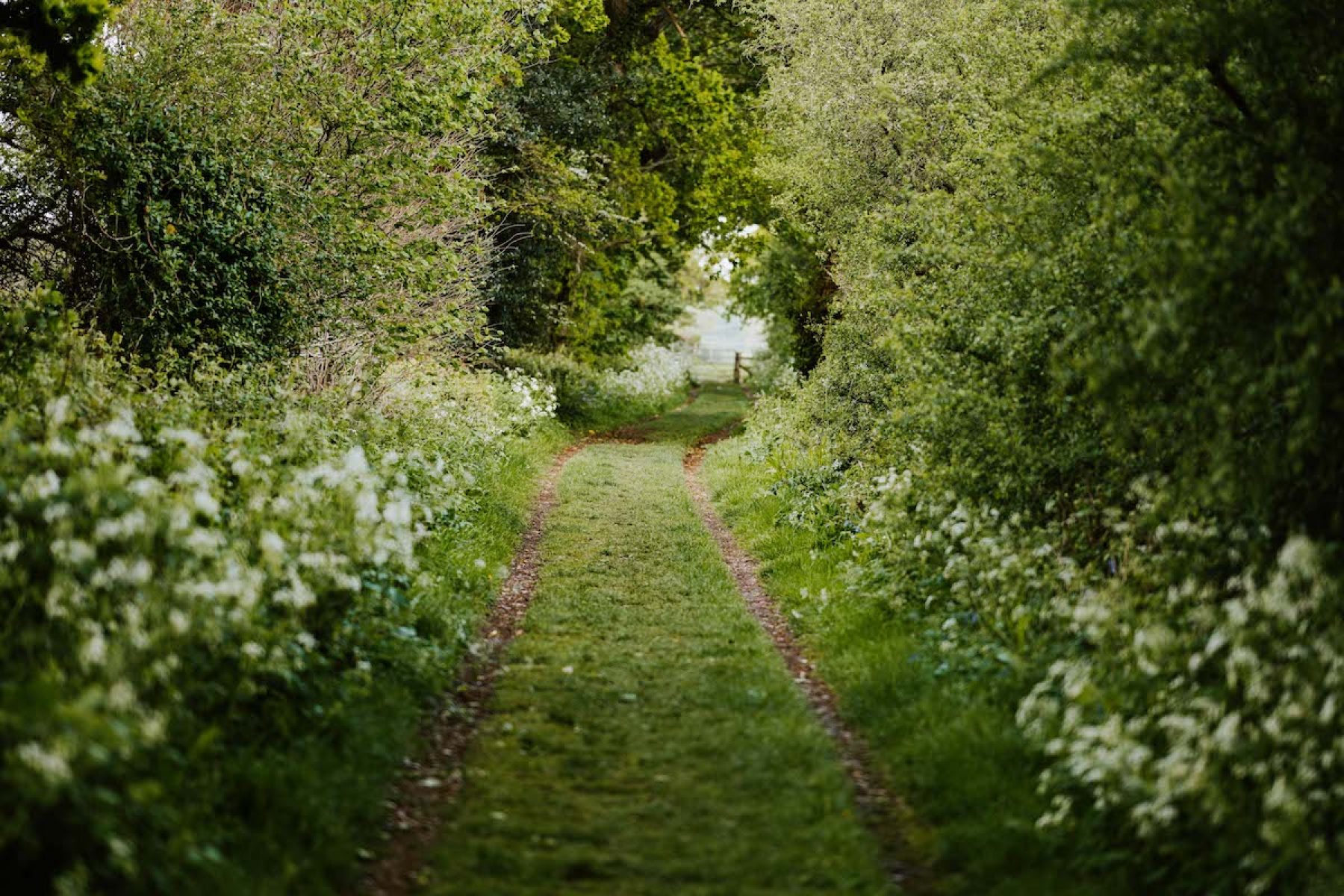 Corridors of power: how hedgerows can help us tackle the climate crisis

They’re highways of biodiversity and valuable carbon stores. Climate experts are among those searching for solutions in the UK’s hedges

They’re highways of biodiversity and valuable carbon stores. Climate experts are among those searching for solutions in the UK’s hedges

Close your eyes and think of England. Of the English countryside, to be precise. Chances are, you picture an array of green fields, interwoven with lines of hedges. And that would be no surprise. They have been a defining feature of the landscape for hundreds – in some cases, thousands – of years. Our very oldest hedges are, as naturalist Oliver Rackham  described them, “woodland ghosts”: linear fragments of the original wildwood, left as field boundaries when neolithic and bronze age farmers first cleared the land.

Many more, especially in the west of England, date back to the middle ages, explains Devon farmer and hedge expert Rob Wolton, pointing out of his farmhouse window. “That landscape is much the same as it was 600 years ago. We’re looking at history, in the lines of the hedges.”

And those hedges hold a lot more than history. Recent research confirms what our farming forebears had known for centuries: hedges hold a huge store of benefits. Megan Gimber, key habitats officer at the People’s Trust for Endangered Species and self-confessed “massive hedge fan”, ticks them off. Hedges help conserve precious soil by acting as windbreaks, and absorbing rainwater that would otherwise wash it from the fields. They’re a haven for vital insects, which pollinate our crops. They provide shelter for livestock from rain, sun, gales and snow, as well as adding diversity to their diet. (Sick sheep and cattle seek out herbal medicines from hedgerow plants.) They can be harvested for everything from nuts, berries and herbs to an impressive crop of sustainable wood fuel. And hedges store and sequester carbon – putting them in the literal frontline of our bid to tackle the climate crisis.

They can also be a rich reserve of wildlife. Just how rich, Wolton explains as he leads me down the lane to show off “just an ordinary Devon hedge”. Like all properly managed hedges, it’s thick and tangled and none too tidy. Trimmed every few years, its ‘skirts’ billow out into the field in an array of brambles. A few mature trees erupt from the top. It is, in short, messy but magnificent.

And it was here that Wolton decided, a few years back, to count the wild species he could find in and alongside the hedge. Limiting himself to those he could see with the naked eye, aided by insect traps and local entomologists, his final tally was just over 2,000. A pretty impressive total for a single hedge, ranging from the minute and arguably mundane (numerous parasitic wasps) to such threatened gems as dormice and hedgehogs, along with lizards, toads, grass snakes and a whole array of birds, from blackcaps to bullfinches, thrushes to dunnocks. 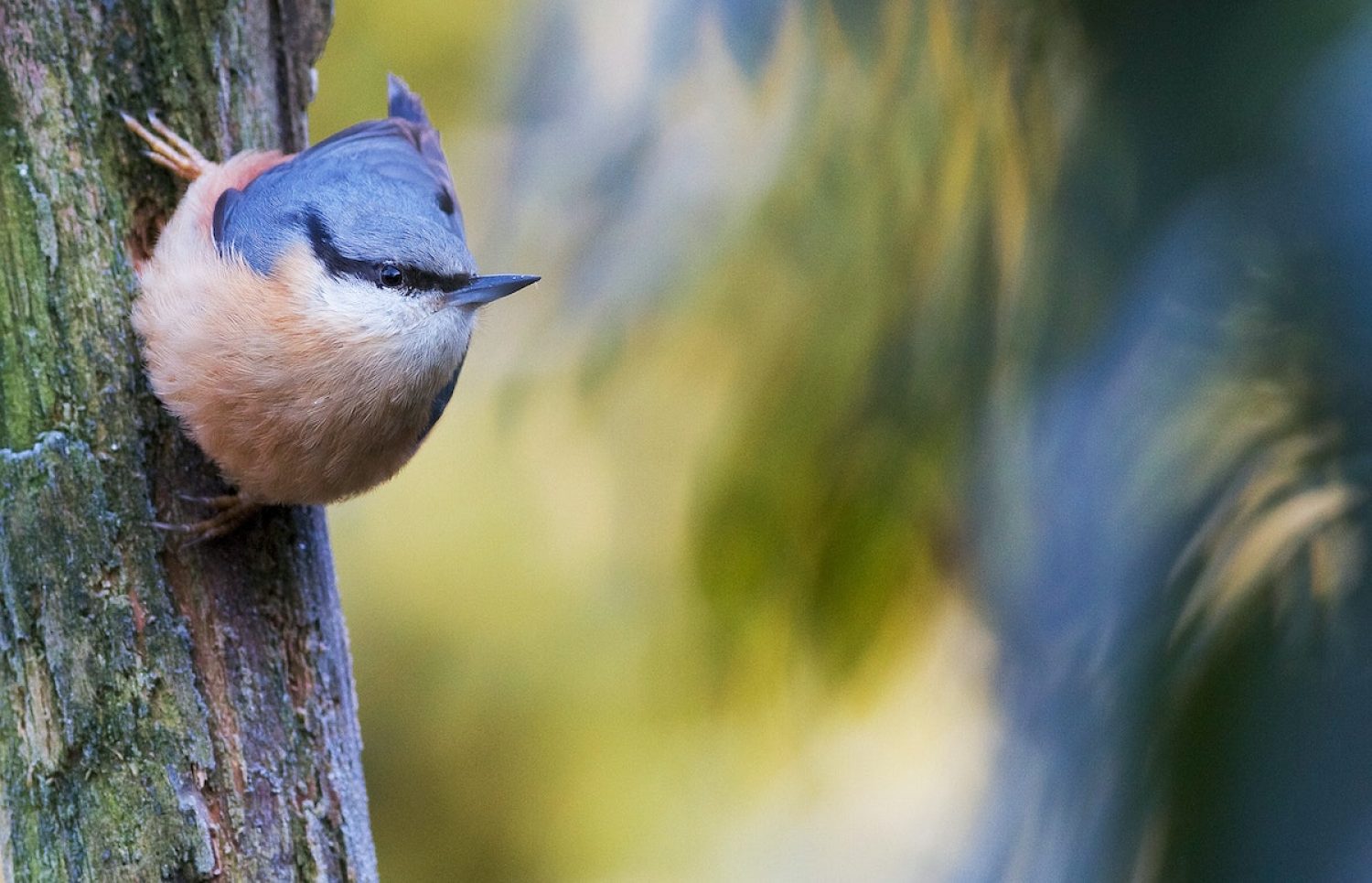 Hedges are a haven for wildlife including dormice, hedgehogs and a whole array of birds. Image: Hans Veth

Despite such a plethora of benefits, hedges have had a tough time in the postwar countryside, with farmers encouraged to rip them out in pursuit of maximising production, wanting larger fields to accommodate ever-larger machinery, or, more recently, suffering through neglect. A hedge left to its own devices eventually morphs into a (much less useful) line of trees; one flailed with thoughtless regularity each year loses its structure, becoming ‘gappy’, and so failing in its primary duty as a stock-proof barrier. Around a half of the nation’s hedgerows have been lost in the past century.

Recent decades have seen them first protected by law, and then by various incentives for farmers to maintain them better. But, as Wolton says,“many [farmers] just don’t value them”.

Even though, he adds, hedge management needn’t be that complex, or pricey. New tools such as tree shears, along with the tractor-mounted flail, can be sensitively applied to keep every hedge healthy. And the essentials of the ancient craft of hedge laying can be taught “in an hour or so”. Every hedge is different, he says, and needs different management. But it need not be too burdensome a task. His Devon Hedge Group helps to spread such wisdom, along with practical advice, around the county.

More widely, says Gimber, there are signs that “the tide is turning”. The search for net zero has spurred interest in the humble hedge’s role as a carbon sink. The Climate Change Committee (the national advisory body on the issue) is recommending a 40 per cent increase in hedgerows: an additional 200,000km – equivalent to half the UK’s road network. And if that sounds ambitious enough, the government’s environmental adviser, Natural England, goes further, suggesting an increase of over 60 per cent. 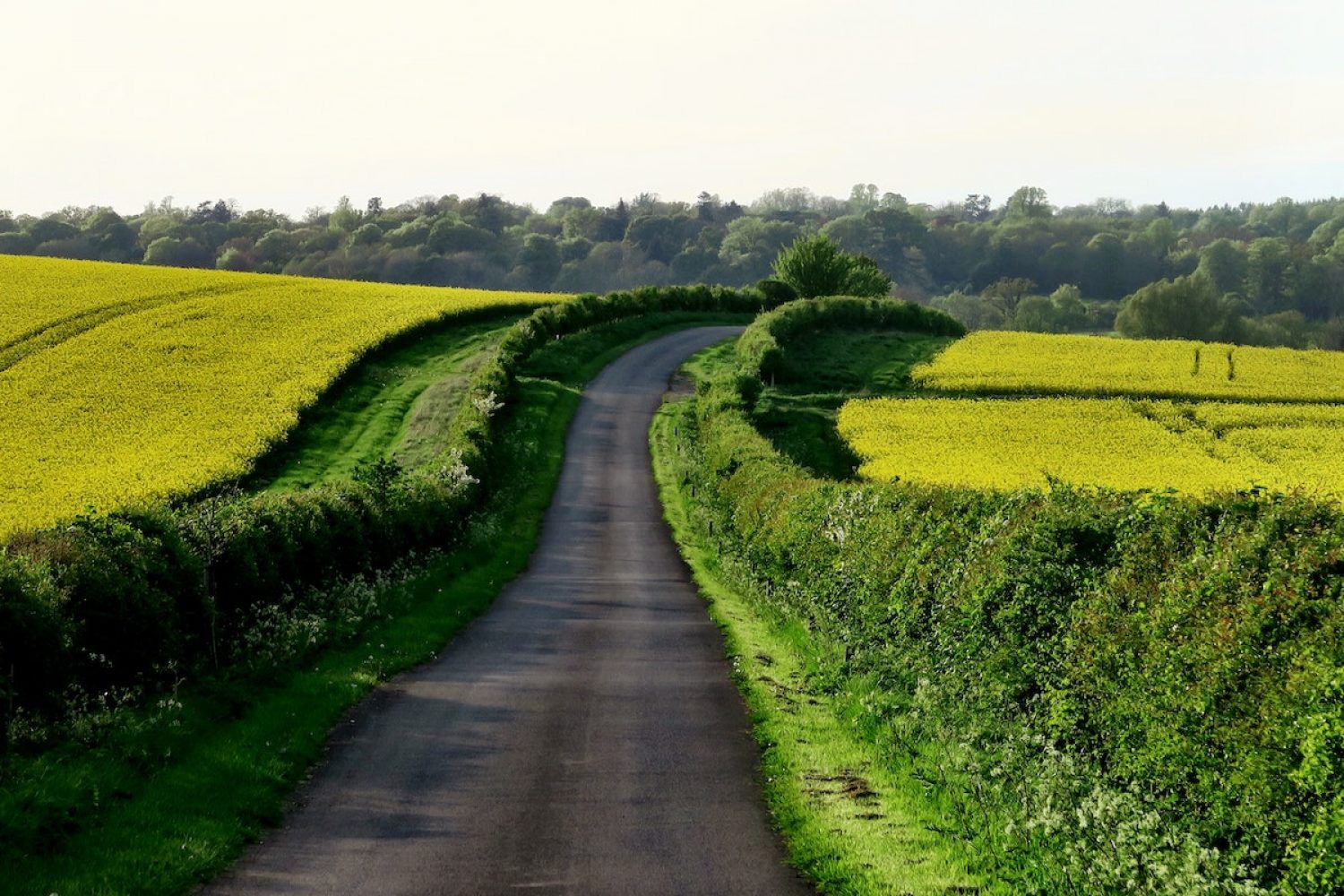 Such recommendations are starting to drive policy. Cash-pressed farmers will be encouraged to create new hedges, and improve their management of existing ones, under the new Environmental Land Management Scheme, which will replace many of the existing agricultural support payments in coming years.

Meanwhile, initiatives such as Close the Gap, led by the Tree Council, is providing funding and support to, literally, plug the gaps in existing hedges with new planting. There’s even a Healthy Hedgerow app, to help time-pressed farmers do a quick survey to spot where their hedges need some help.

The UK’s first National Hedgerow Week, held in late May/early June, encouraged the public to get involved too, by learning to love their local hedgerows. It included tips for people on everything from planting and caring for their own hedges, to foraging without disturbing nesting birds or depriving wildlife of a food source, to lobbying local authorities to protect valuable trees and ancient hedges. 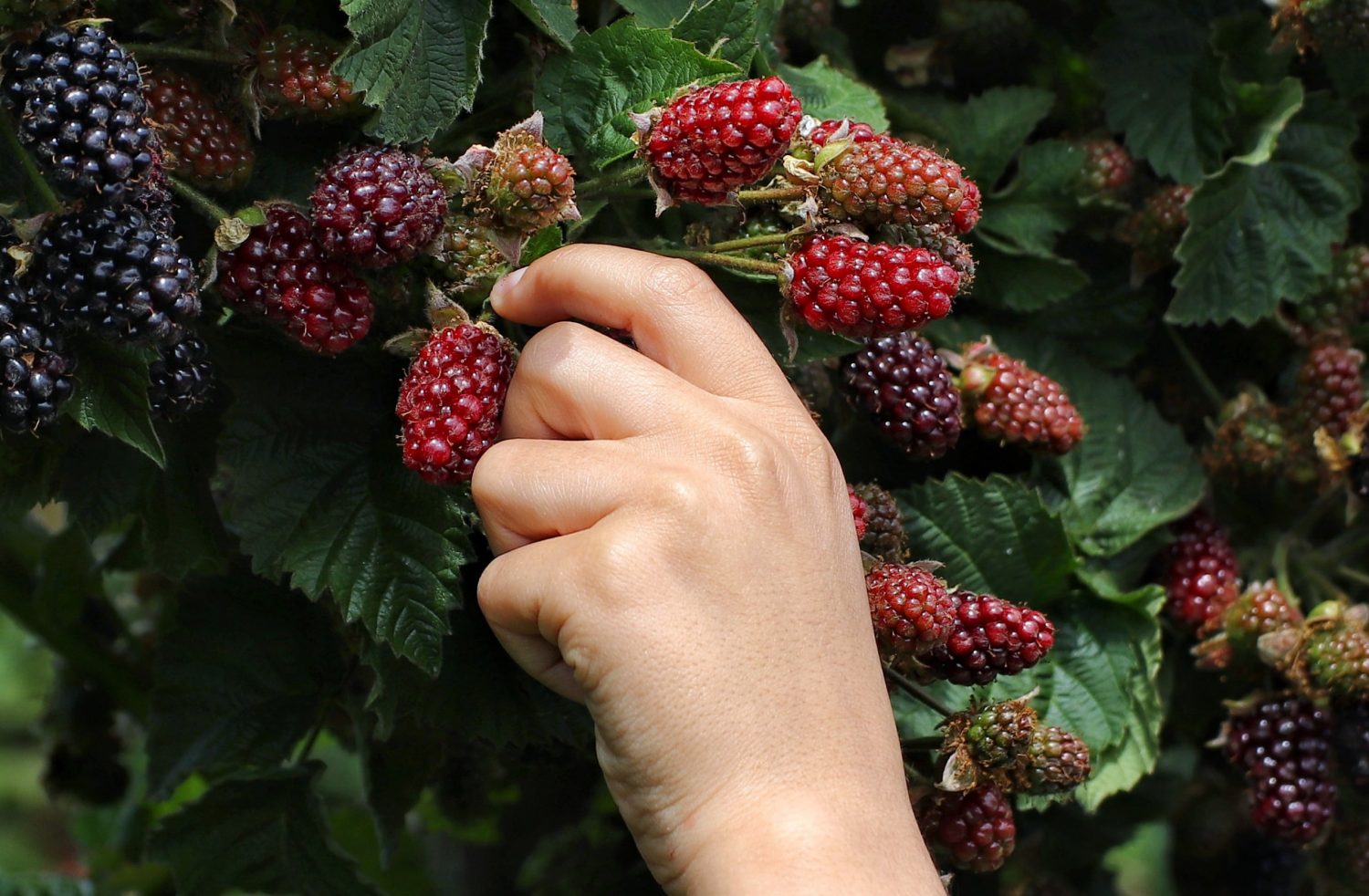 Put all this together and, as Wolton says, “this is a good time for hedges”. Take some of the most pressing challenges facing the countryside, and indeed, the world as a whole – the climate crisis, soil erosion, ‘insect armageddon’ and wider biodiversity loss – and hedges are part of the solution.

But if that’s not enough, he adds, standing by one of his cherished messy hedges, which is alive with buzzing and birdsong on an early summer morning, there’s another reason. “Hedges are just bloody wonderful,” he says. 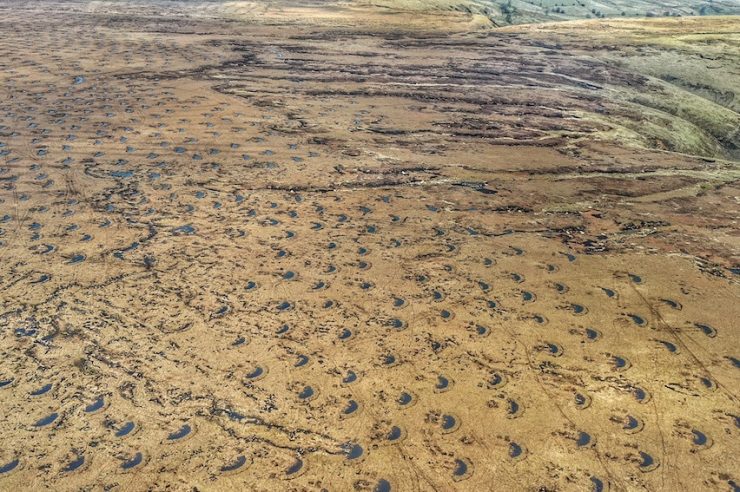