A peatland restoration project near Manchester will help soak up carbon, boost biodiversity and prevent flooding. Its launch comes amid dire warnings about the climate crisis

A peatland restoration project near Manchester will help soak up carbon, boost biodiversity and prevent flooding. Its launch comes amid dire warnings about the climate crisis

Viewed from above, the cratered landscape looks like the surface of the moon. But the otherworldly scene is, in fact, a moor near Manchester, where a large-scale peatland restoration project has been launched to help tackle the climate crisis, biodiversity loss and flooding.

Over the last six months, conservationists have sculpted 3,500 scallop-shaped bunds — or dams — into peatland at Holcombe Moor in the West Pennines. The banks were created to trap water and rewet the peat, which has dried out as a result of pollution, overgrazing and moorland fires.

Peat bogs store twice as much carbon as the world’s forests, but release those emissions when they are degraded. Restoring them, therefore, is vital in the race to stabilise our climate.

“If you imagine a giant sponge which is covered in thousands of small holes and can hold large quantities of water — that’s what we’re aiming for here,” said Maddi Naish, rural surveyor at the National Trust, which led the project.

“The peat bunds stop rainwater rushing across and off the plateau and instead trap it on the moor, allowing special plants to thrive which help the peat to absorb carbon from the air.” 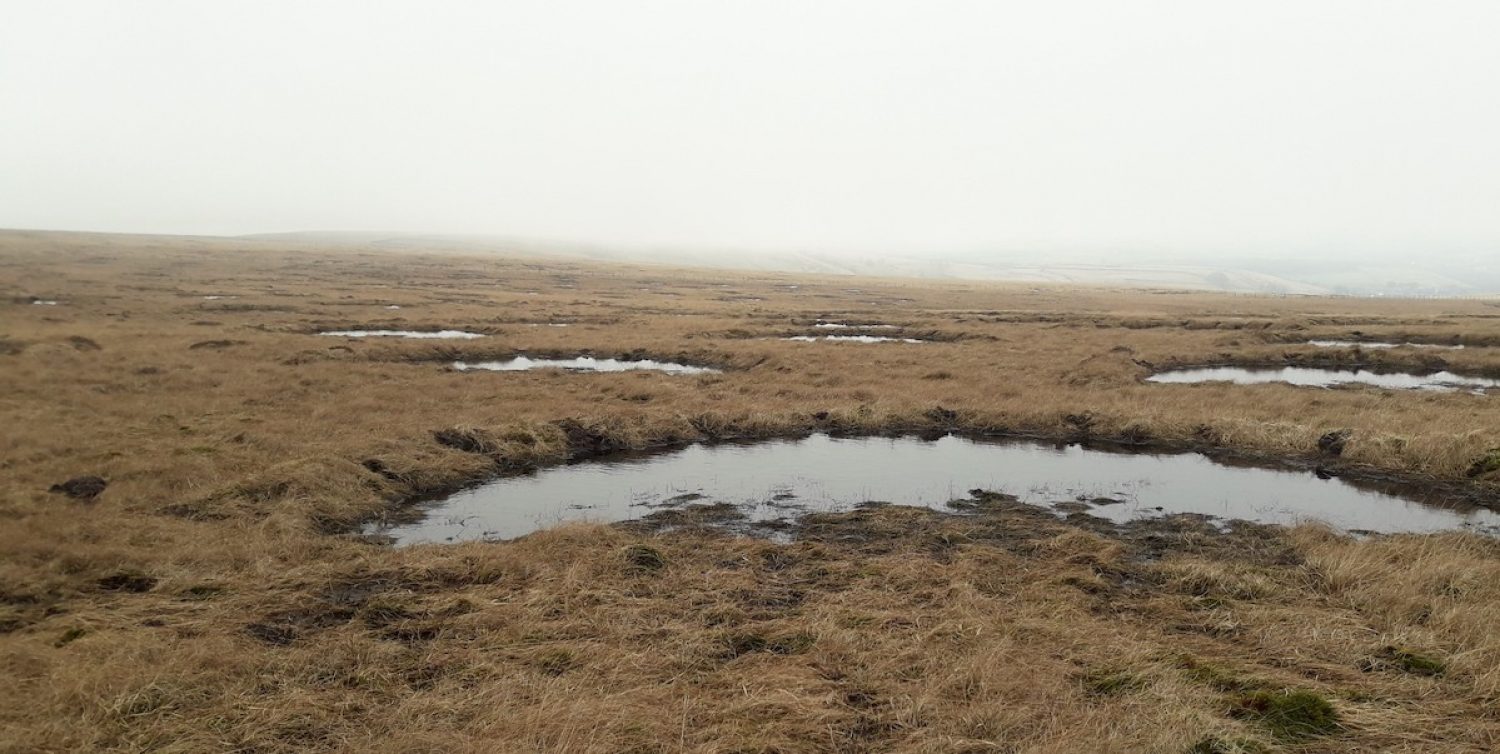 Not much to look at, but peatlands are 'superheroes' when it comes to absorbing carbon. Image: National Trust

The project may already be having an impact where flooding is concerned: when Storm Christoph hit the UK earlier this year, the flood-prone communities at the foot of the moor expected to be inundated. But the waters never came.

“It is difficult to say for sure whether our interventions stopped the floodwater reaching people’s homes earlier this year, but we hope that they played a part,” said Naish. “We know that storm damage and floods are due to increase in the north of England by 2060, so natural flood solutions like these could become increasingly important.”

Healthy peatlands are also hotbeds of biodiversity, attracting plants, insects and rare wading birds, such as the golden plover and dunlin. 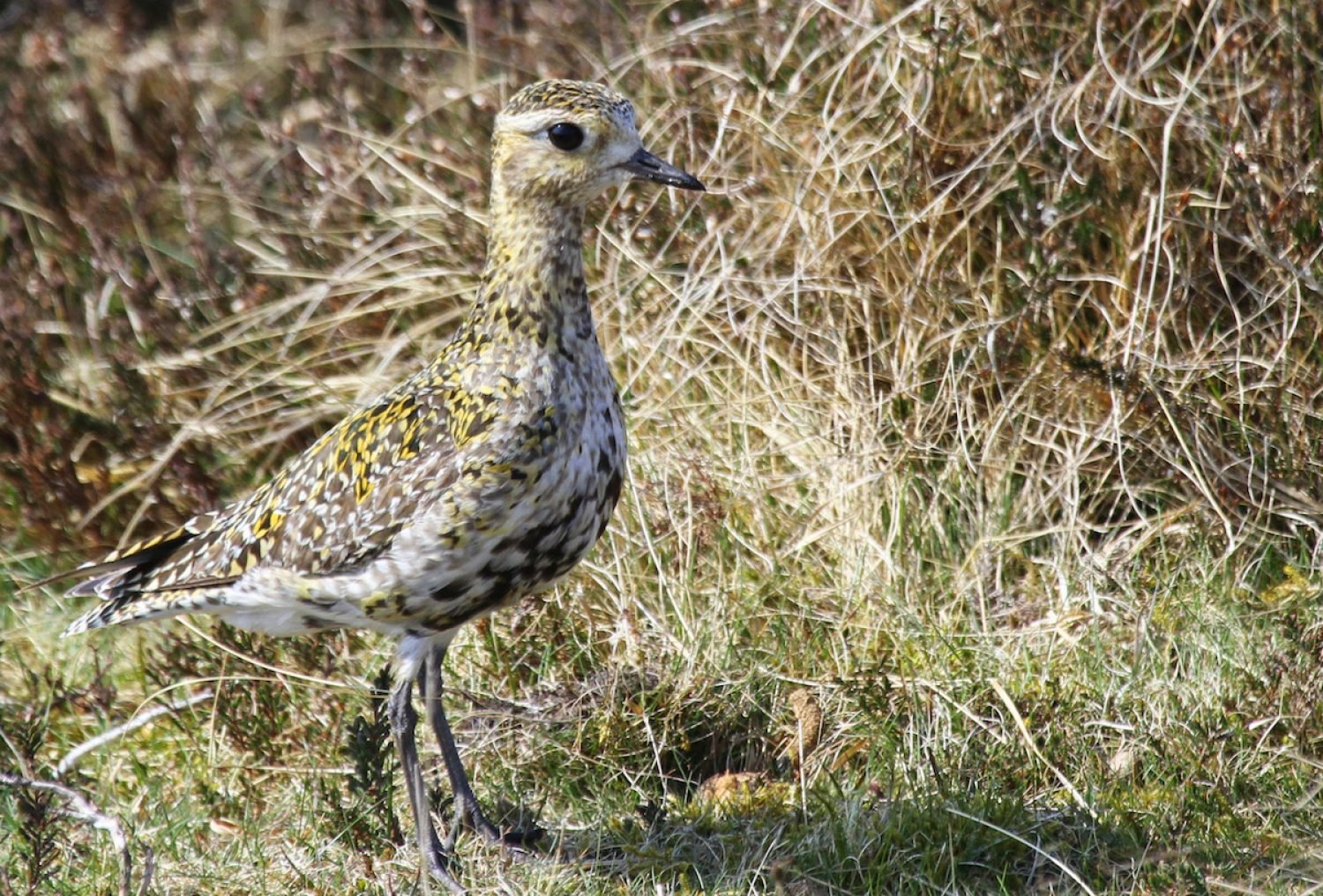 The UK government has pledged to restore 35,000 hectares of peatland by the end of the current parliament. The latest The Intergovernmental Panel on Climate Change (IPCC) report — released on Monday — adds urgency to that pledge, warning that humanity has a short window in which to act to keep global heating to 1.5 Celsius above pre-industrial levels. Temperature rises above that could see the climate crisis spiral out of control.

“Peatlands only cover a tiny percentage of the world’s land but are superheroes when it comes to storing carbon,” said Naish. “We’re just a stone’s throw from a major city so it’s incredible to think we live alongside a habitat that is rarer that rainforest globally, but which contributes so significantly to tackling climate change.”

The restoration of Holcombe Moor was funded by Defra and the Environment Agency. Moors for the Future Partnership, Natural England and the Holcombe Moor Commoners’ Association helped National Trust carry out the work. 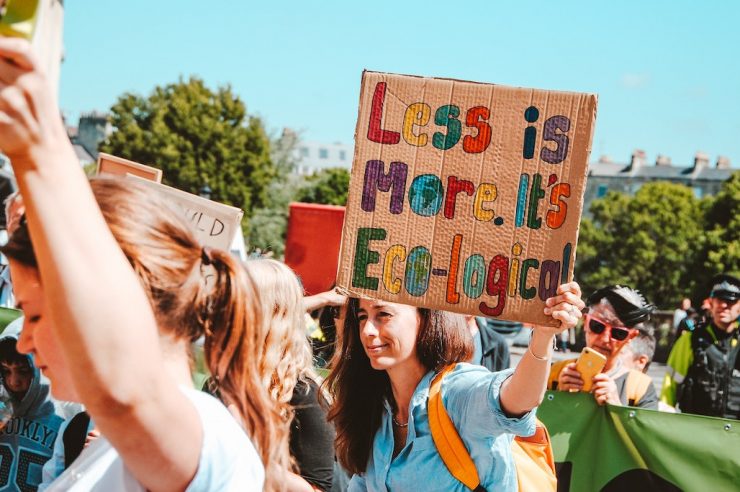 ‘We shouldn’t lose sight of how powerful people can be when they come together’ Big challenges like the climate crisis can leave people feeling hopeless. A new project reminds us about the power of collective action Culture Society
New issue out now