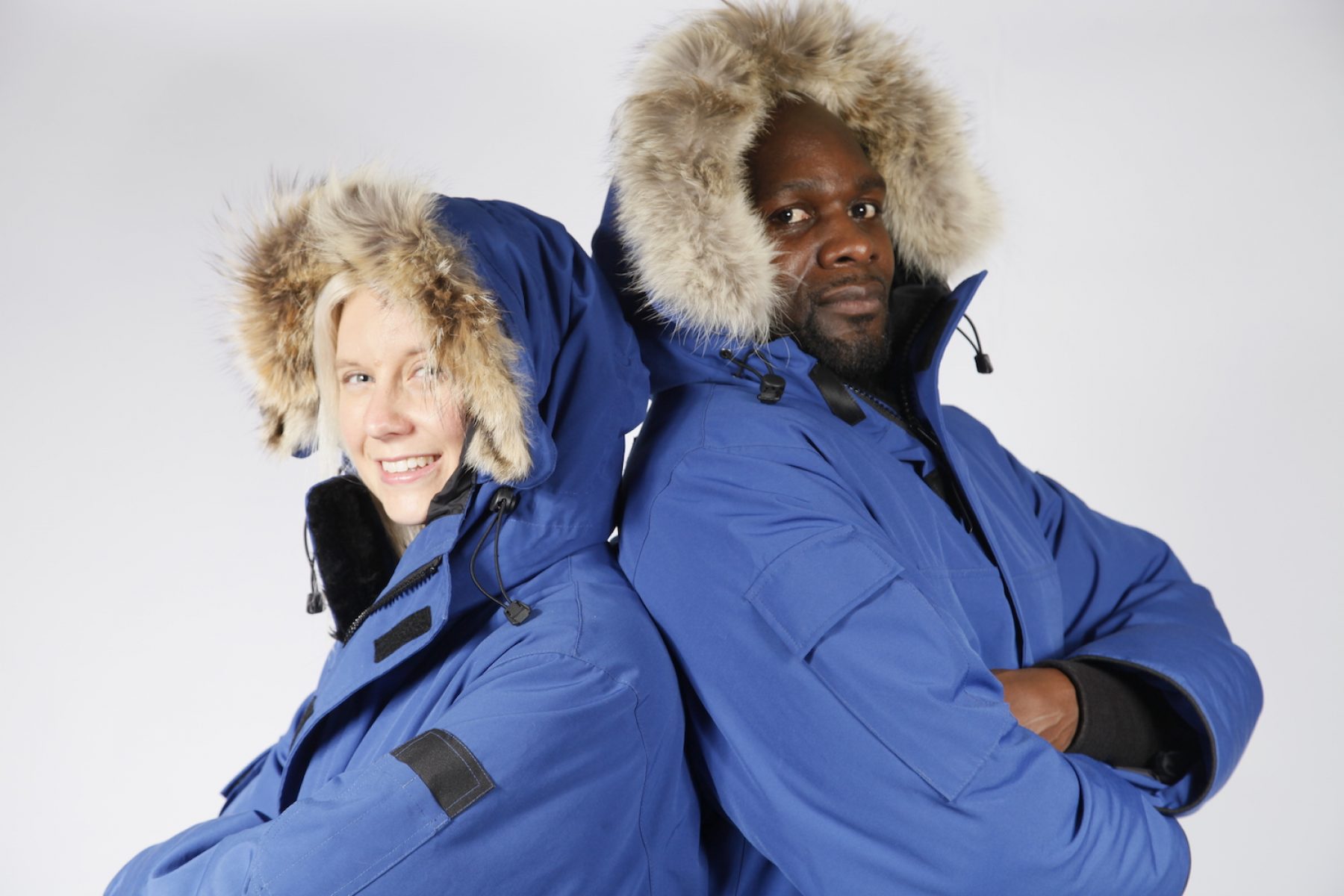 Hope 100: Eight people inspiring us to care about our natural world

From a female explorer in the Sahara to the first black man from the UK to reach the magnetic north pole, eight people that give us hope for the environment

From a female explorer in the Sahara to the first black man from the UK to reach the magnetic north pole, eight people that give us hope for the environment

The climate activist who needs no introduction, Thunberg was recently nominated for a Nobel peace prize for putting the climate emergency on the political agenda and inspiring the global student strikes. She sailed across the Atlantic twice to attend climate summits and recently turned down a prestigious environmental reward (and £40,000), claiming the “climate movement does not need any more awards”. Expect to hear a lot more from her in 2020. 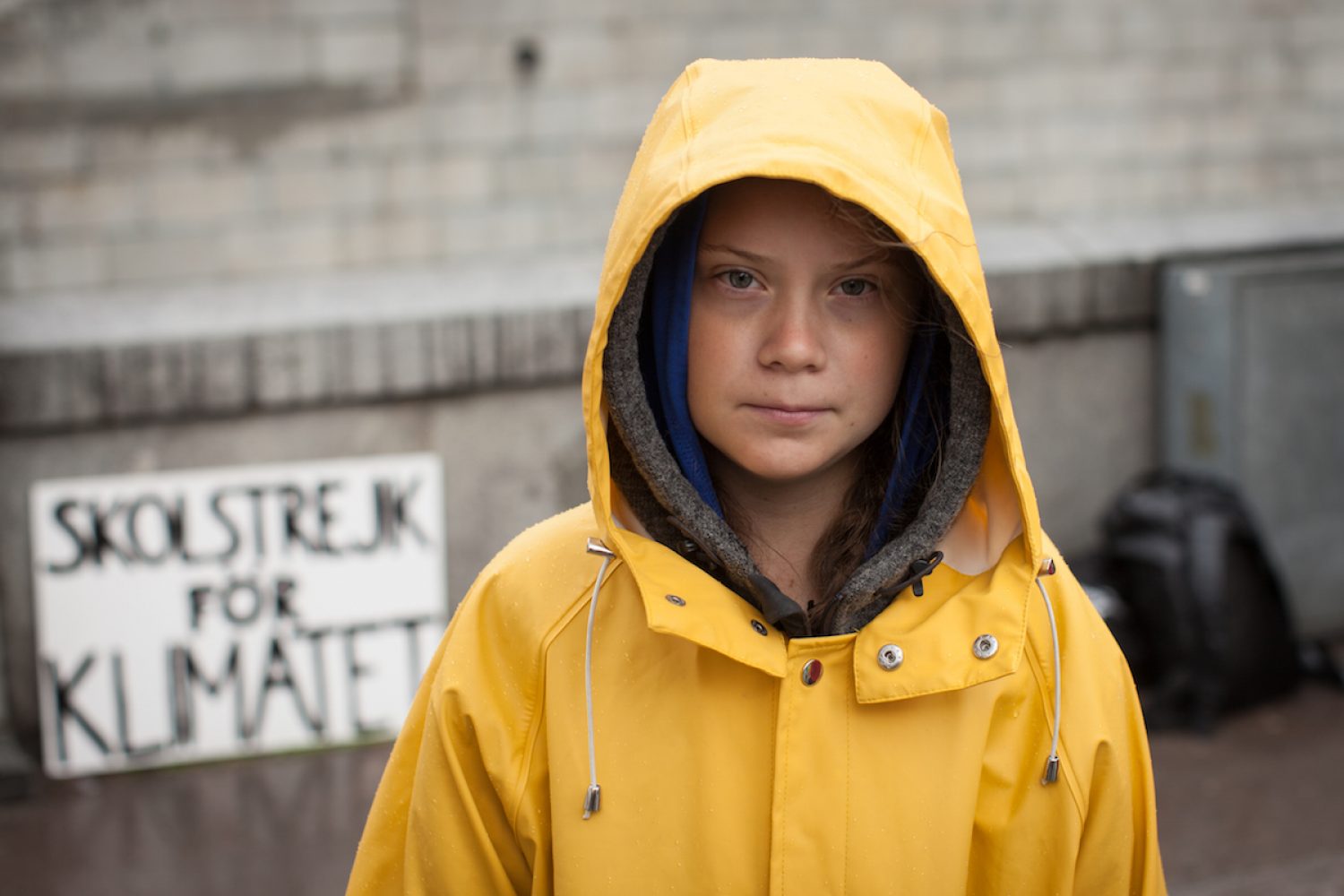 Another figure whose name speaks for itself, Sir David is a bona fide national treasure. Footage he narrated in Blue Planet II of turtles battling plastic bags has been widely credited with helping dramatically shift public opinion on the issue. At 93, he is still going strong, with an Attenborough-fronted documentary, titled Extinction: The Facts, scheduled for this year and a new series, Life in Colour, due in 2021.

#29 Matthew Willer and the Papillon Project

Horticulturalist Matthew Willer is passionate about getting young people to grow their own food. A history teacher in a school in Norfolk, Willer leads the Papillion Project, which works with schools to create allotments for pupils. “I wanted children to feel valued and I wanted them to feel that they had done something for their school, which they could see and they could touch and they could be part of,” said Willer.

The man behind the Lost Gardens of Heligan and the Eden Project has earned a knighthood and countless accolades for his work bringing sustainability issues into the mainstream. Drilling will begin this summer for a major new geothermal energy installation at Eden Project. Meanwhile, Smit is also at the helm of Eden Project International, which aims to have an Eden Project on every inhabited continent by 2025.

Adventurer Alice Morrison is currently trekking across the Sahara desert to raise awareness about desertification and inspire other female adventurers to follow her lead. We caught up with the Scottish explorer before she left.

Where are you at the moment?

At home. I live in a Berber compound in Morocco. Underneath my house I have two cows and several chickens.

We’ll be recording what’s happening to the [local] Sahrawi people and the environment of the Sahara as the world heats up. In the last 100 years, the Sahara has expanded its territory by 10 per cent. Desertification is one of the greatest environmental challenges of our time.

You will walk through Western Sahara, why is that significant?

In 1974, Spanish colonialists promised people in Western Sahara a referendum on independence but they didn’t deliver on that promise. Instead they signed the territory over to Morocco and Mauritania. It’s governed by Morocco now but the UN doesn’t recognise Morocco’s claim. It will be interesting for me to meet the Sahrawi people and see what they think. It’s a subject most people don’t know about. 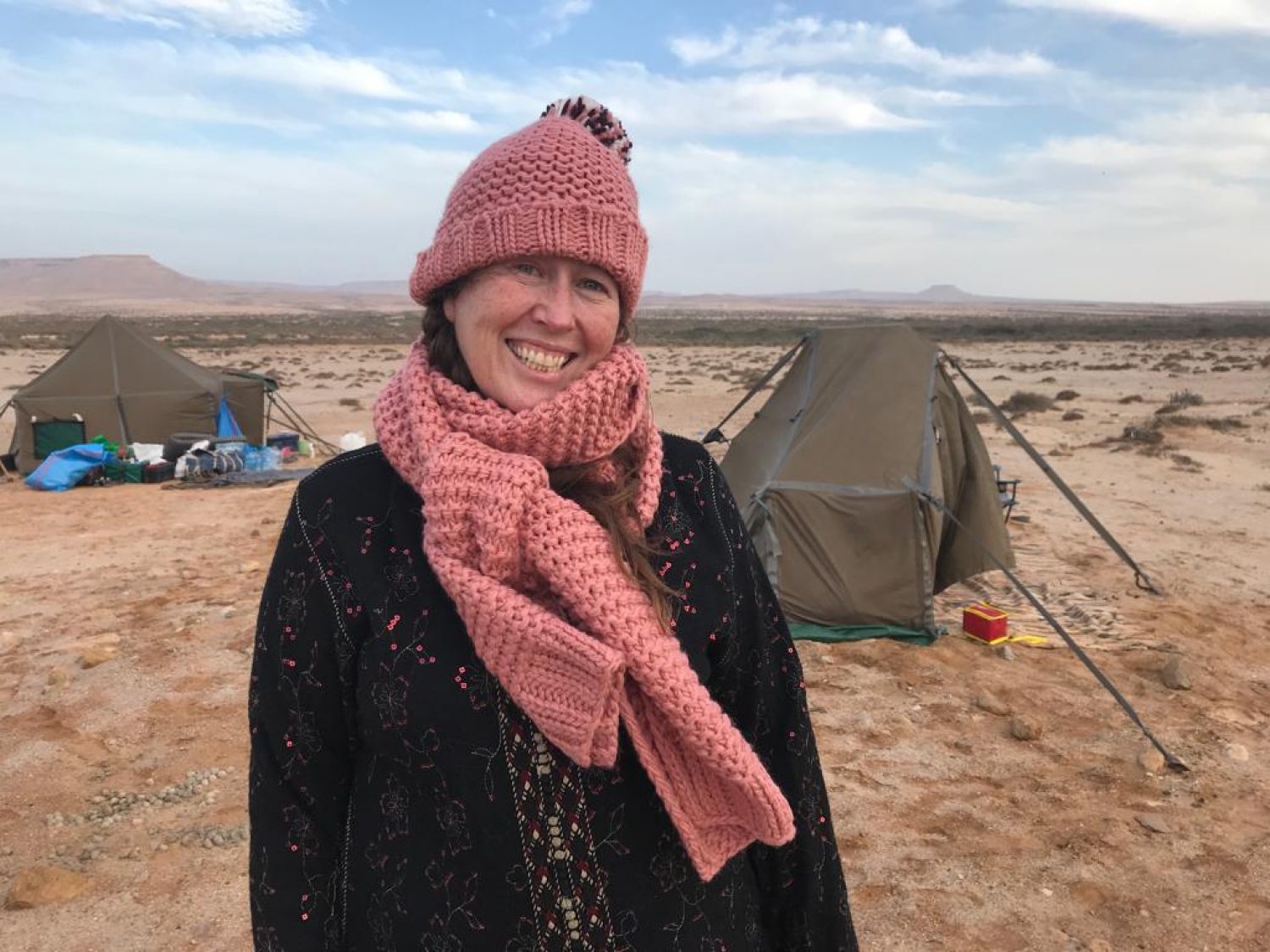 ‘Desertification is one of the greatest environmental challenges of our time,’ says Morrison

What drives your ambition?

I want to promote understanding between people, countries and cultures, and to encourage people to connect with Mother Earth.

Are there enough female explorers?

There are two things I think we’re missing: people who really know what they’re talking about and, yes, female perspective. In Morocco, a guy can’t talk to traditional Moroccan women – it’s not culturally appropriate – so a [male explorer] is never going to be able to go into a nomad’s tent, sit with the women and talk about how they give birth in the wild. People want to know these things.

Once a victim of gang crime in London, Fields turned his life around by focusing on the natural world. In 2010 he became the first black person from the UK to reach the magnetic north pole.

Smith, meanwhile, is an adventurer whose solo challenges for charitable causes include becoming the first person to camp at the extreme points of mainland Britain on consecutive nights, including the highest, lowest, northernmost, southernmost, centremost, easternmost and westernmost points of the country. 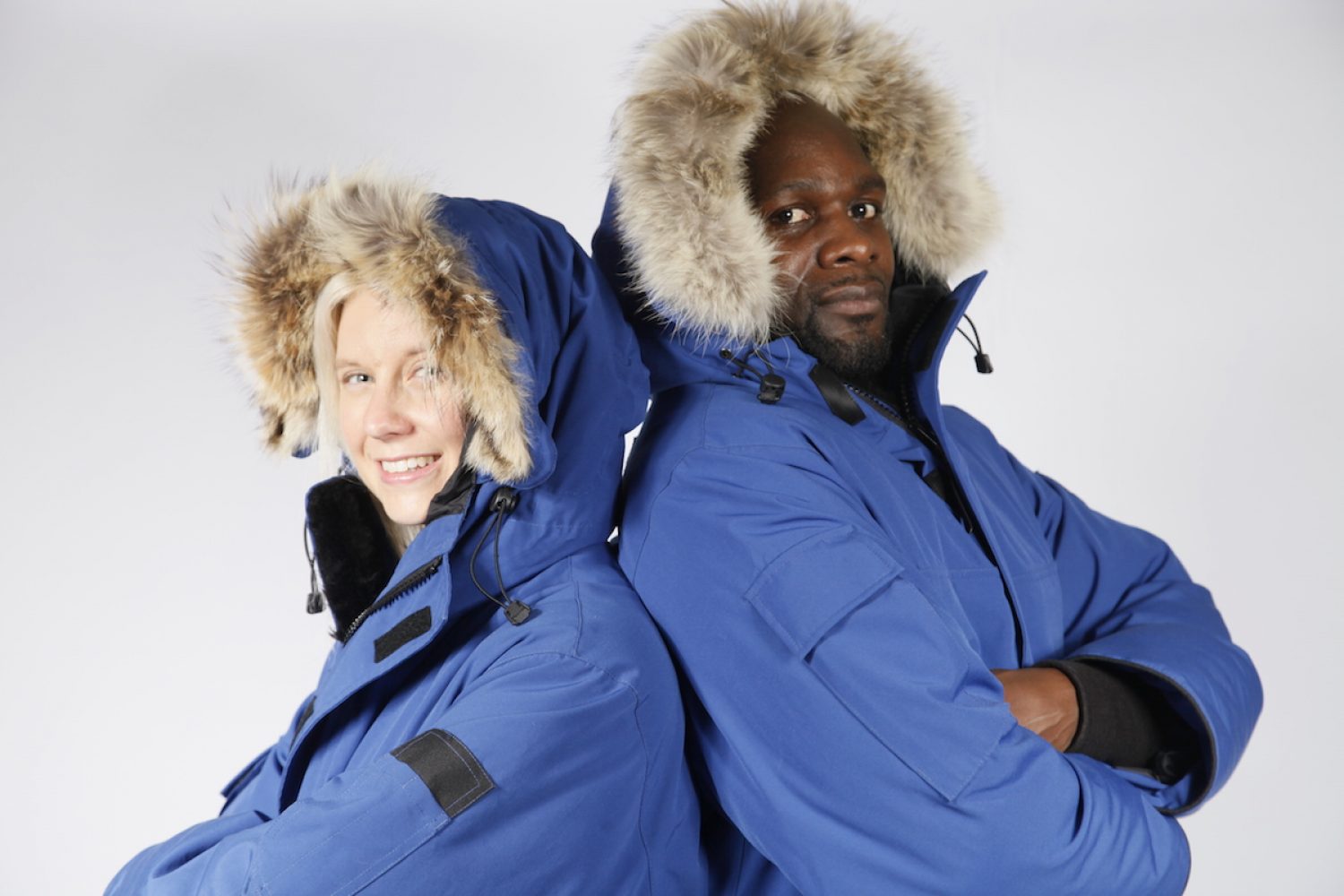 Together, they have formed Team #WeTwo and later this year will trek 1,500km (800 miles) across Antarctica unsupported and unassisted, from Beckner Island’s colony of emperor penguins to the geographic south pole, to highlight the impact of climate change on this extreme environment. Having both felt under-represented in the adventure world and in the media, they want to show that anyone can have an adventure. In 2021 they plan to take a group of young people from diverse backgrounds to Antarctica on a specially chartered expedition ship.

Mya-Rose Craig, 17, is the founder of Black2Nature, an organisation that works to get more visible minority ethnic (VME) people engaged with nature.

What brings you hope?

The young people around me – at school, at protests and at my camps – who have been empowered to make their voices heard and are determined to act to stop climate breakdown and other environmental damage.

How did you get into birding?

My parents and older sister, Ayesha, were birders so I was born into it. They took me to the Isles of Scilly when I was nine days old to see a lesser kestrel.

You organised your first birdwatching camp in 2015, what happened?

I had 12 people book places; they were all white, middle class boys. At the same time, I read an article about the lack of ethnic diversity in birding. I started talking to VME community leaders and found five VME boys to come, who had never been to the countryside. I ran activities such as birding, wildlife sketching, photography, mammal traps and each boy engaged in a different way. I‘ve now run nine camps. 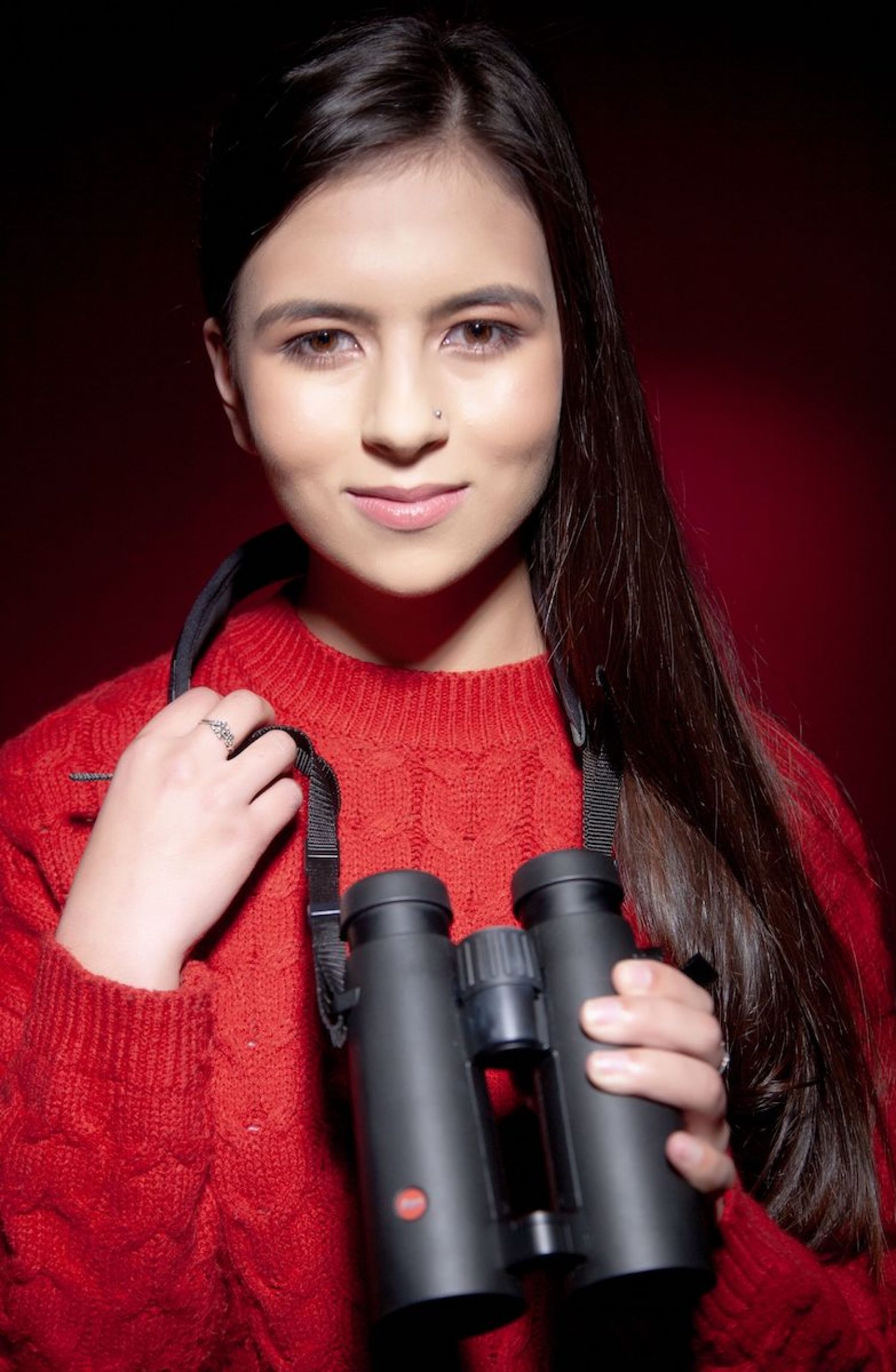 ‘The young people around me give me hope,’ says Craig

What have been your biggest successes?

In 2018 I was invited by Chris Packham to be the minister of diversity in nature and conservation in his People’s Manifesto for Wildlife. This was an amazing opportunity to set out my ideas to a huge audience.

And your biggest challenges?

The reluctance of the environmental sector to take significant action to make their organisations more ethnically diverse.

What changemaker do you most admire?

Autumn Peltier has been making amazing change in terms of people having access to clean water – she’s only 15. 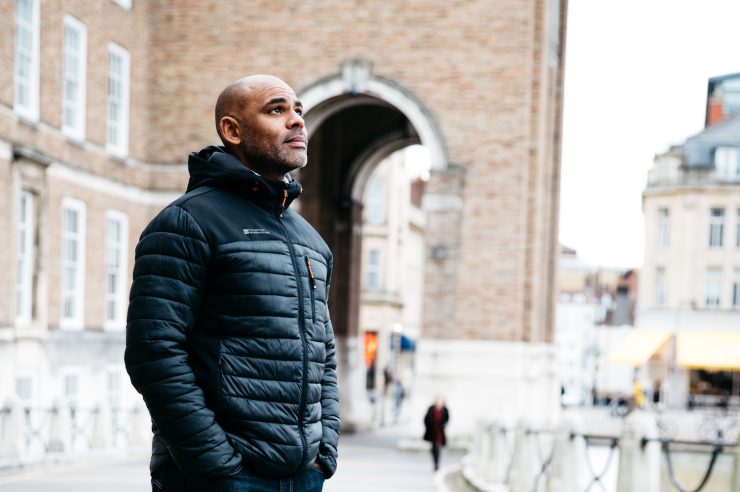