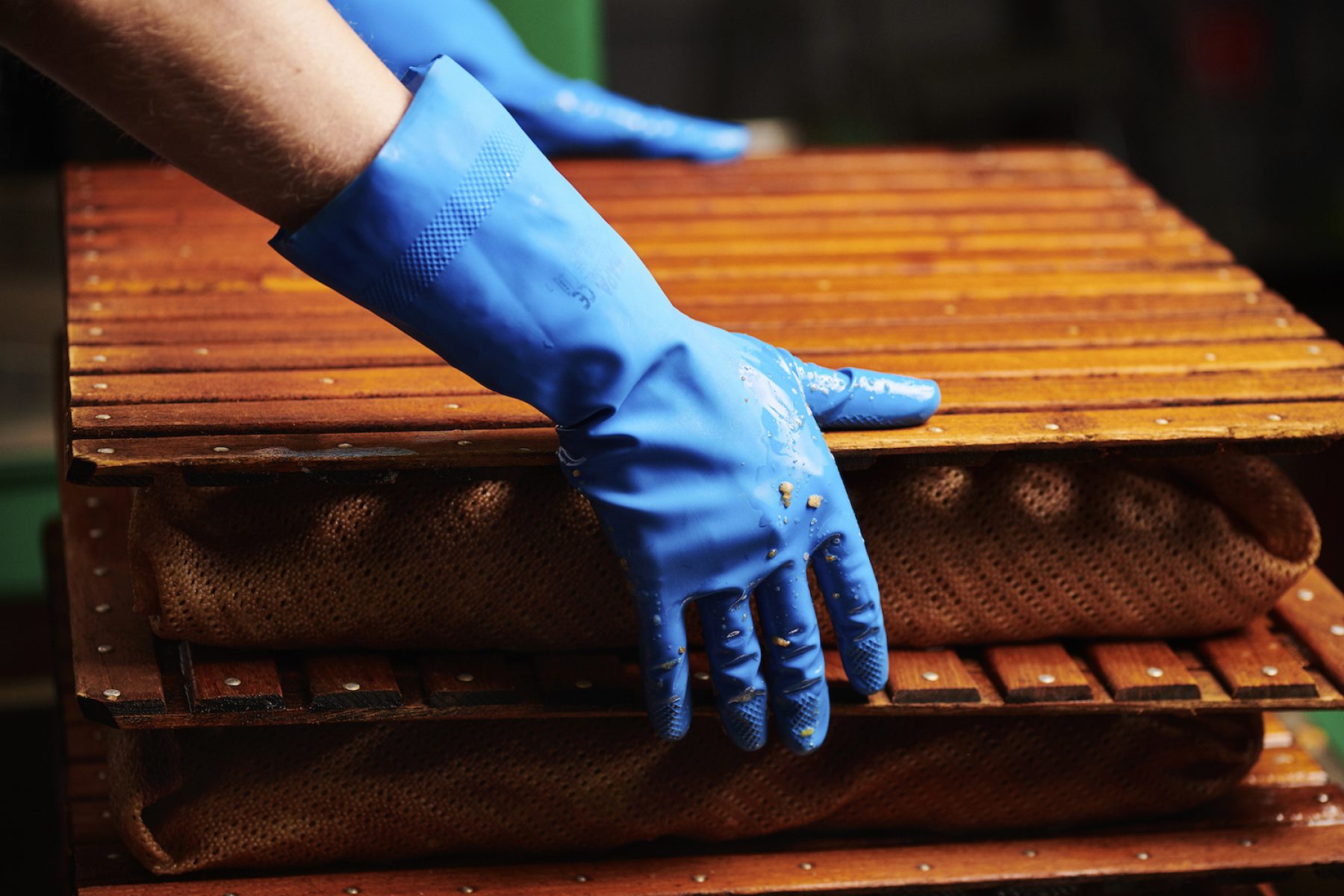 In the picture above, apples harvested from trees around London are pressed using the traditional rack-and-cloth method to make cider. The venture is run by the Orchard Project, a charity that works with urban communities around the UK to plant and restore fruit trees in cities.

Since launching 10 years ago, the Orchard Project has planted or restored more than 400 orchards around the UK. The Local Fox cider helps fund its work among urban communities. It began as a food security project, however the benefits go far beyond that, chief executive Kath Rosen told Positive News; orchards have a strong impact on community cohesion and people’s wellbeing.

Apple and pear trees are the orchard staples, but the project plants everything from cherries and plums to mulberries and even avocados. “We’ve had our first almonds in 2019,” said Rosen. “Nuts are tricky because you have to harvest before the squirrels get them.”

The organisation works with communities for several months before planting even begins, finding out what local people want from their orchard. “Those trees are going to be there for 100 years so you want to make sure they’re going to engage people in that area,” Rosen said. “For example in a school you’d want an apple variety that was on a small root stock so the children can harvest it and one that’s not going to fruit in the summer holidays.”

There is a high demand for the organisation’s services so Rosen and her team prioritise communities they feel will get the most benefit from an orchard. About 75 per cent of its projects are in deprived areas, such as the grounds of council estates. “A community orchard is five trees or more, so it can be a really tiny project,” said Rosen.

The project also works on orchards in prisons and hospitals. “There’s a really amazing orchard we’ve been working with for many years at Bethlem Royal psychiatric hospital in south London,” said Rosen. “It’s a 100-tree apple orchard in the grounds of the hospital but it wasn’t being used, so we’ve been working with one of the occupational health managers to use it as a part of the therapeutic process. It’s such a powerful way to improve wellbeing.”