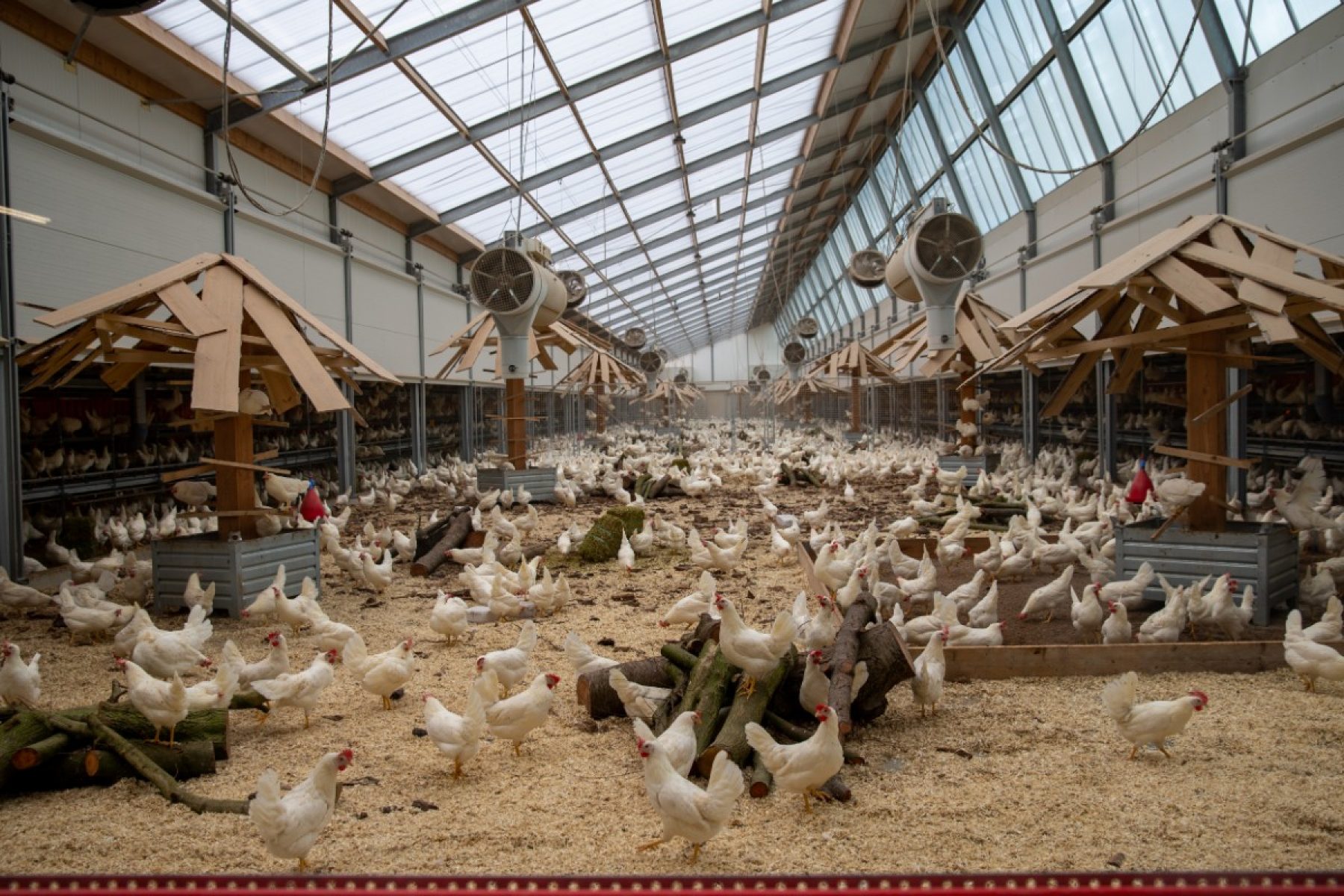 Farms of the future: the chicken farm run by a vegetarian

Chicken farming has an appalling reputation but can it ever be done ethically? This vegetarian farmer wants to prove it can be

Chicken farming has an appalling reputation but can it ever be done ethically? This vegetarian farmer wants to prove it can be

When Maurits Groen approached the chief executive of Lidl in the Netherlands and asked him to buy 40 million chicken eggs, the supermarket boss laughed out loud. Harsh? Not really. For one, Groen had no eggs to sell. In fact, he didn’t even own a chicken.

It’s an odd venture in many ways. Chicken farming suffers from an appalling reputation, with reports of cramped cages and birds pumped full of drugs plaguing the industry.

Adding to the oddness is Groen’s status as a committed vegetarian. But nonetheless, he still believes that chickens have a crucial role to play in helping to feed the world without destroying the planet. “We can’t just wait for everyone to become vegetarians, much as I wish we could,” he says.

"Cheer yourself up with all the amazing things going on that the mainstream media fails to tell us about!" – Adam S. via Instagram Subscribe to Positive News magazine

“So, what’s the next best thing?” His answer: eggs. As protein source, they’re way up there. The mission of this avian enterprise, christened Kipster, is be the most ethical chicken farm in the world. So, is it?

It’s impossible to say for certain, but, environmentally at least, its credentials seem sound. Banks of rooftop solar panels help meet the power needs of the two farms (which are in Beuningen and Venray, both near the German border) in full, with electricity to spare.

Then there’s the food. Instead of the commonly used soya-based pellets (which are linked to deforestation) or corn that might otherwise be used in human food supply chains, Kipster birds are fed on a specially developed concoction of human-grade food waste from bakeries, supplemented with vitamins and minerals. The team reckons the CO2 footprint of its feed is half that of standard chicken feeds.

There are further green touches, too. Like the packaging, made from potato starch and pumped with air bubbles, making it both recyclable and lighter to lug around.

On the issue of animal welfare, Groen claims that Kipster’s hens live three times longer than their ill-fated battery-farm sisters – a direct consequence, he says, of their better conditions.