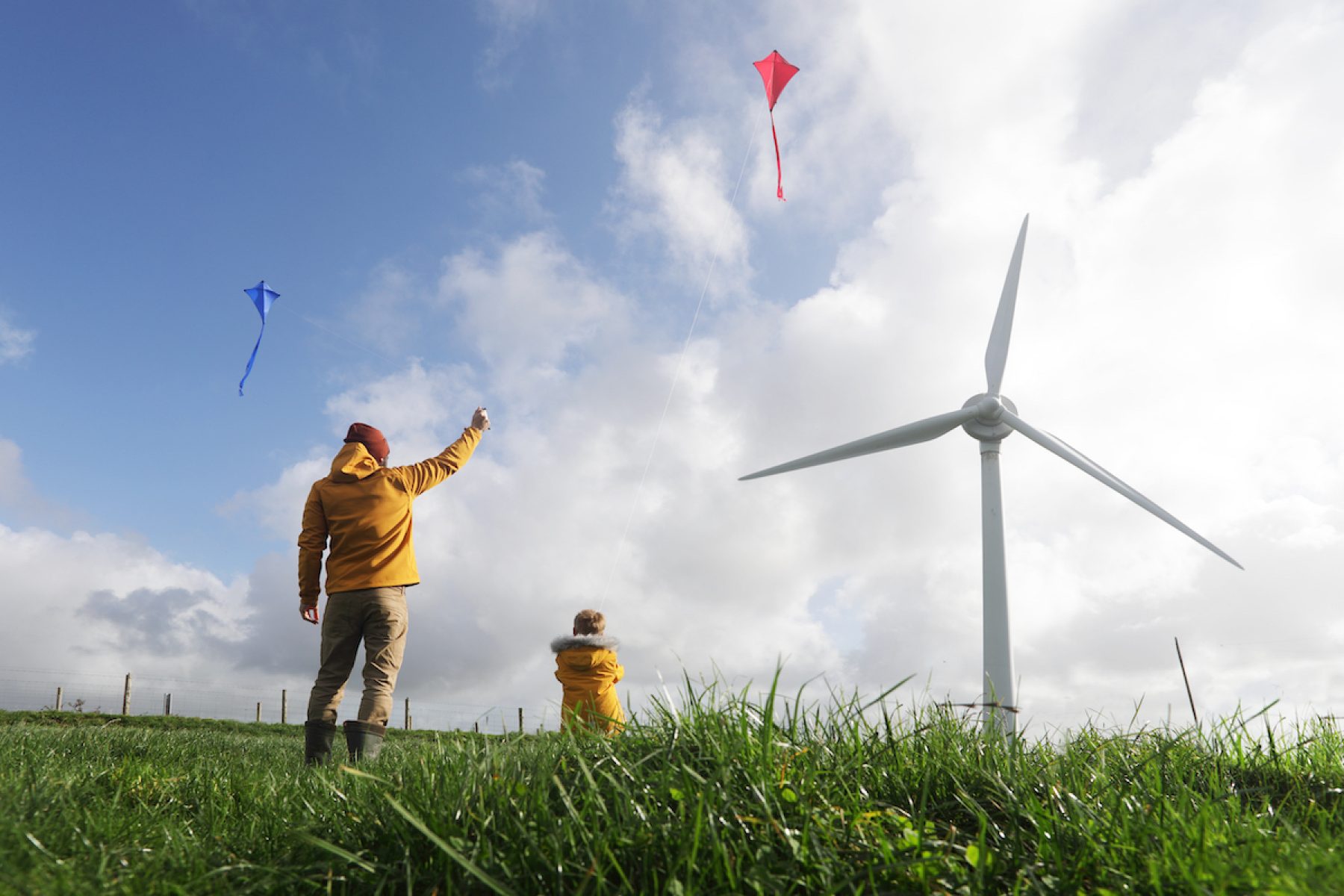 How will the UK achieve net zero by 2050? Here are four pathways

The UK has pledged to be a net zero economy by 2050, but how will we get there? A report tests out four different scenarios, with renewables at their heart

The UK has pledged to be a net zero economy by 2050, but how will we get there? A report tests out four different scenarios, with renewables at their heart

Big, bold, environmental targets can be polarising. They’re a strong motivating force and necessary policy tool to spark change, but can sometimes have the opposite effect: creating inertia and scepticism. 2030 will be a big year in the UK – it’s when new petrol and diesel cars will be banned, off-shore wind will produce enough energy to power every home in the country, and 2 million people will be gainfully employed in industries that support a green transition.

But the mother of all targets sits above this: net zero emissions by 2050. It’s far enough away that urgency is lukewarm, and big enough that it feels sometimes impossible, often intangible. And reports that look into how we’ll get there don’t often help put things into perspective.

“In the past, this kind of reporting has tended to have a very top-down, systems focus, looking at big technologies and broad trends rather than how people can play a part,” says Kit Dixon, policy and regulation manager at renewable energy company Good Energy. “We wanted to provide an alternative vision.”

The company’s report, launched in 2021, lays out four hypothetical pathways to achieving net zero, with a focus on how real people fit in. Data modelling for the report – titled Renewable Nation: Pathways to a Zero Carbon Britain – was done in collaboration with Energy Systems Catapult, a non-profit that works to accelerate the transformation of the UK’s energy systems. 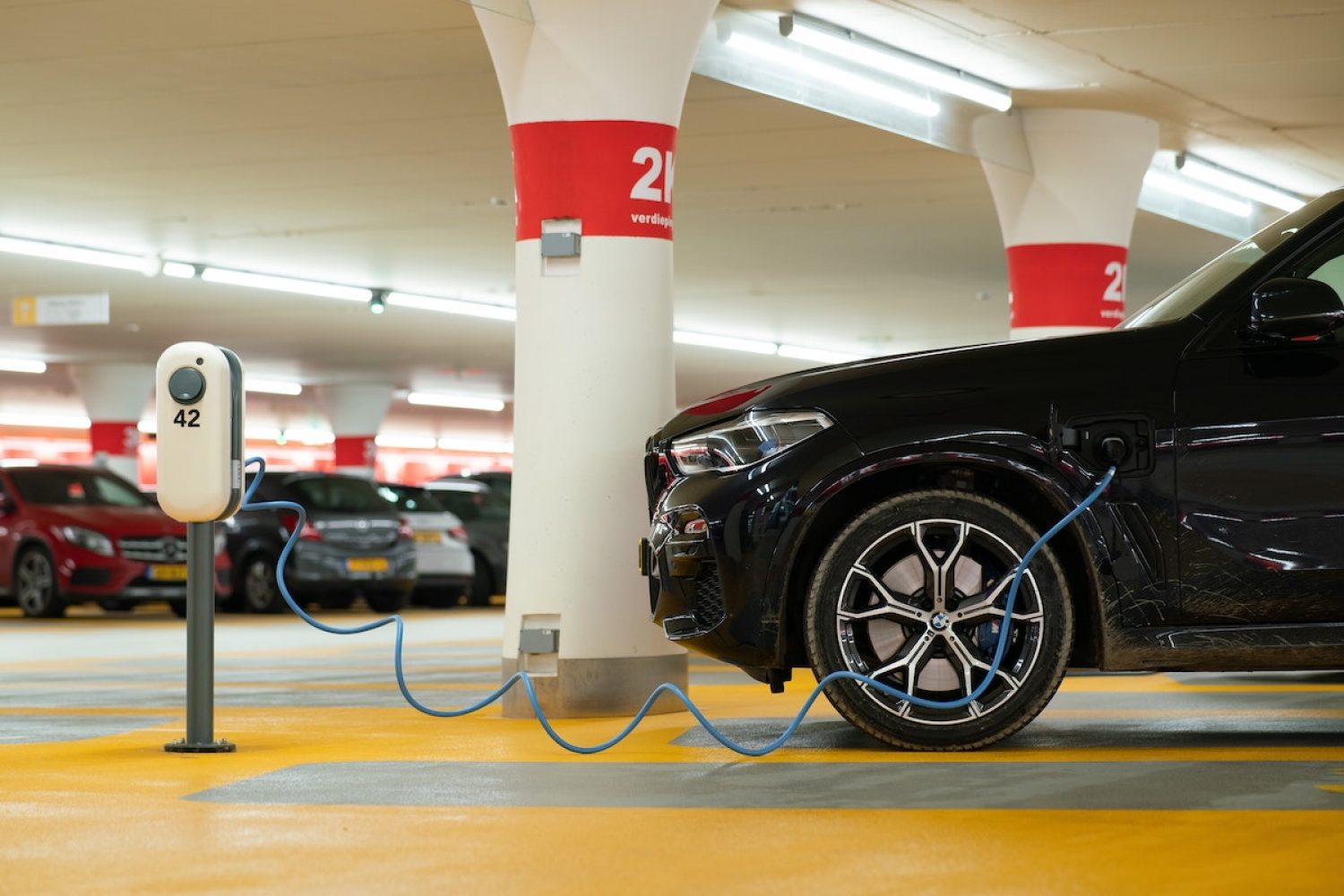 The first scenario is a “fairly vanilla”, baseline model, which sees the UK continuing on its current path, but in a fairly unambitious way. Nothing goes over and above the current policies which are in place to get us to net zero, for example.

Scenario three sees a ramping up of renewables. “So we reduced the cost of wind and solar and told the model that it could only use ‘green hydrogen’,” says Dixon. (Blue hydrogen is made almost carbon-free from natural gas using carbon capture and storage. Green hydrogen, on the other hand, is made from renewable sources, bypassing fossil fuels altogether). The report found that we shouldn’t need to rely on hydrogen, even the green variety, quite as much as some predict.

So, tweaking the model is a bit like playing God? “Yeah!” says Dixon. “You can tweak things and push buttons and pull knobs, and then the model spits out what it thinks is the best, cost-optimised route.” 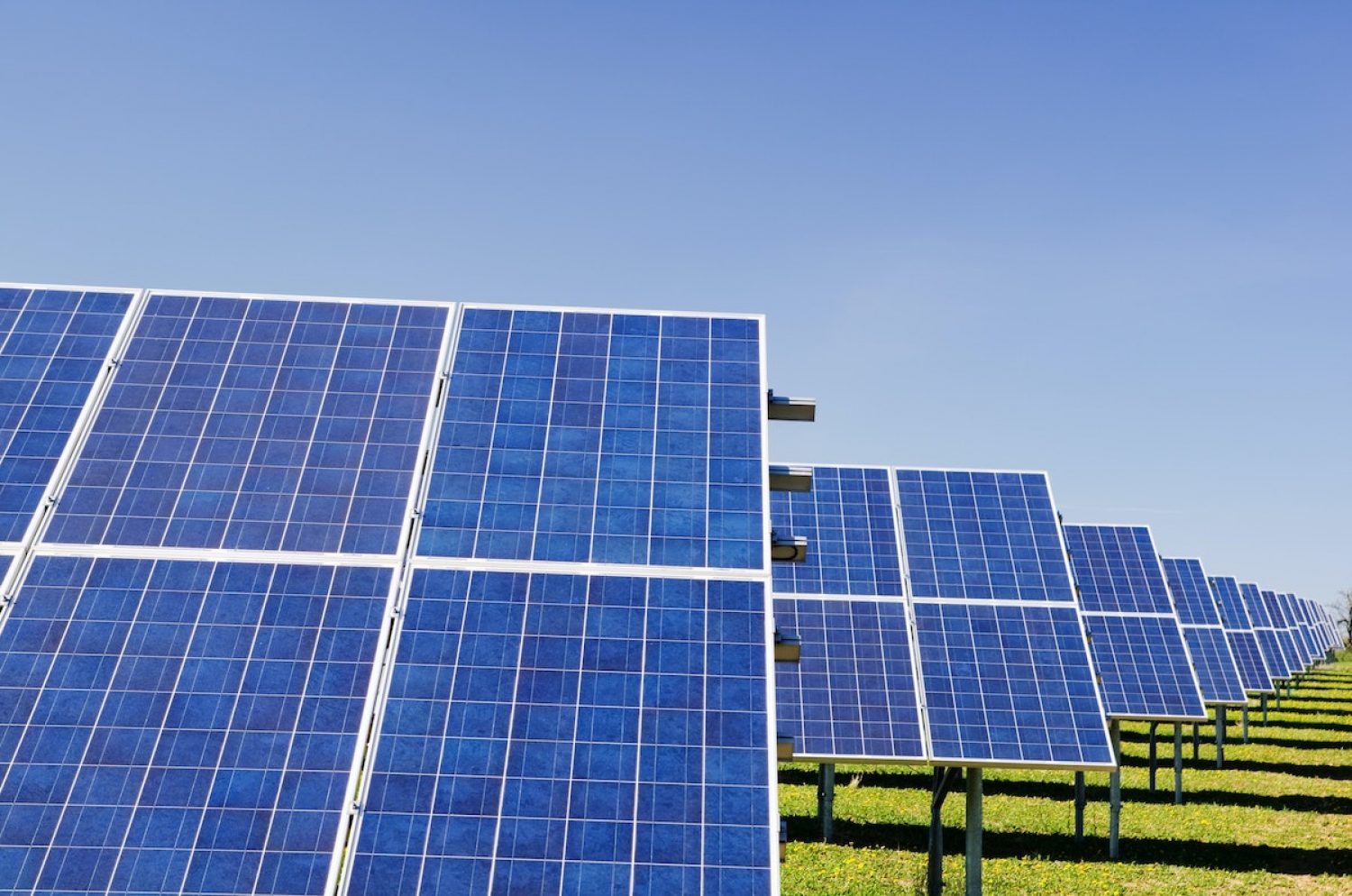 In the fourth scenario, what would our energy system look like? “Our power sector can be almost zero carbon by 2030. By 2050, more than 98 per cent of electricity produced can be through renewables.”

Offshore wind will be deployed on a mass scale, and there will be significant amounts of tidal and geothermal. Also: “We’re going to have absolutely colossal amounts of solar. And most of that will be decentralised. We need solar panels on roughly half the houses in the UK.” Hinkley Point C, the nuclear reactor being built in Somerset (“at extraordinary cost”, says Dixon), remains part of the mix, but more nuclear in addition to this will not be necessary.

How we can make it happen

And how will we heat our homes? At least 80 per cent of heating will be electrified, through heat pumps and district heating. The latter being where heat is generated at large, centralised facilities, sometimes as a byproduct of industrial processes such as burning biomass. It’s then distributed to homes, replacing the use of localised generation – boilers and the like. By way of inspiring example, in the Paris suburb of Champs-sur-Marne, a new district heat project using geothermal is under way. The equivalent of 10,000 homes will be provided with heat through a 19km network.

In a future net-zero UK, domestic and industrial heat pumps will become widespread. Costs for such technologies will come down over time, says Dixon, if the industry is properly supported by government. For example, by offering grants for green home retrofits. “Also by changing the way we charge for electricity and gas. At the moment, 22 per cent of your electricity bill goes towards environmental taxes. On gas bills it’s less than 2 per cent. That’s a subsidy bias for the gas industry, which we don’t think should be there.” 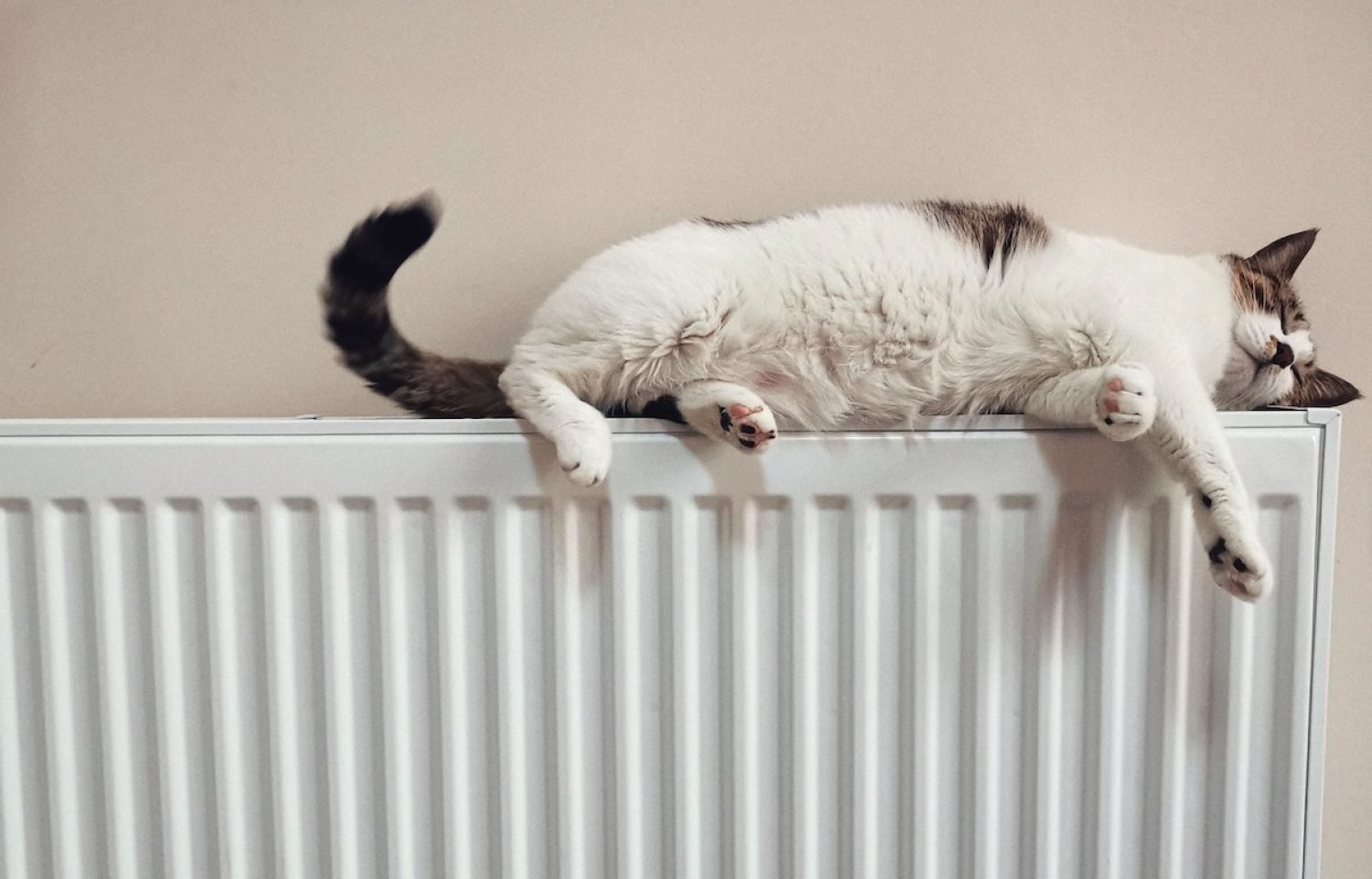 Heat pumps and district heating will keep our homes warm, says the report. Image: He Gong

Presumably, we’ll all be zipping around in electric cars too. Indeed, 90 per cent of transport will be electrified by 2050. Which begs the question, where, how and when will we charge these emissions-free vehicles? These questions remain partly unanswered, as widespread charging infrastructure is as yet, unrealised. The report makes policy recommendations which should go some way in filling in these gaps. In terms of the when, Dixon says charging needs to happen primarily in the daytime: vehicles are less likely to be used during the working day, and there’s plenty of solar around.

He explains that our homes will be like mini power plants, with solar panels on top of roofs and heat pumps below deck. Energy storage will take place at household level too, with 14m home batteries, probably in combination with electric vehicles.

It all sounds very exciting. And, if the model stands up, do-able. The report makes it clear, though, that the ‘doing’ needs to be collaborative, with action from government, business and individuals alike. So perhaps it’s not like playing God after all, but being the Earth-bound masters of our own destiny. 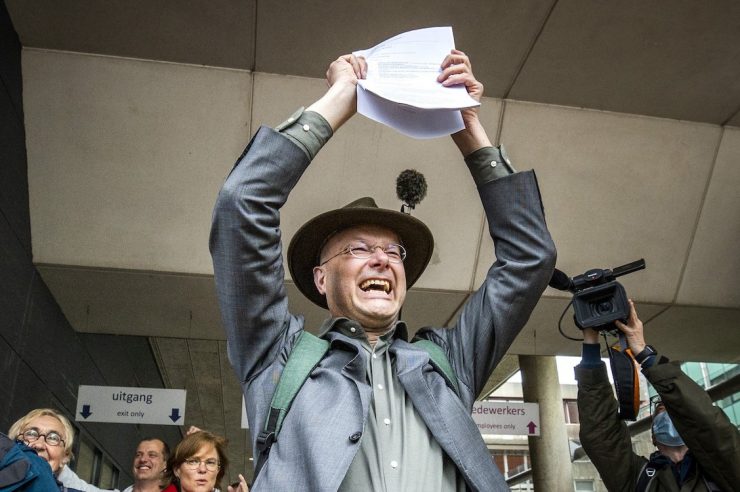 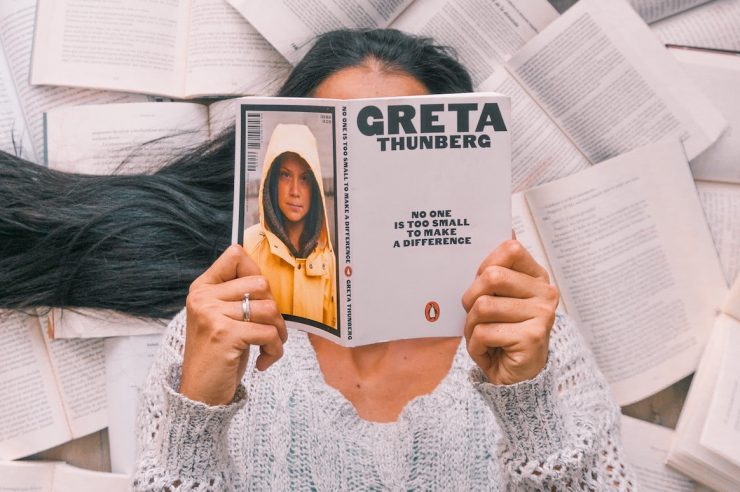 Positive.News | Partners
The energy company being advised by teenage environmentalists Good Energy has appointed a group of young people to sit on an advisory board. Here’s what a few of them have to say Written in partnership with Good Energy 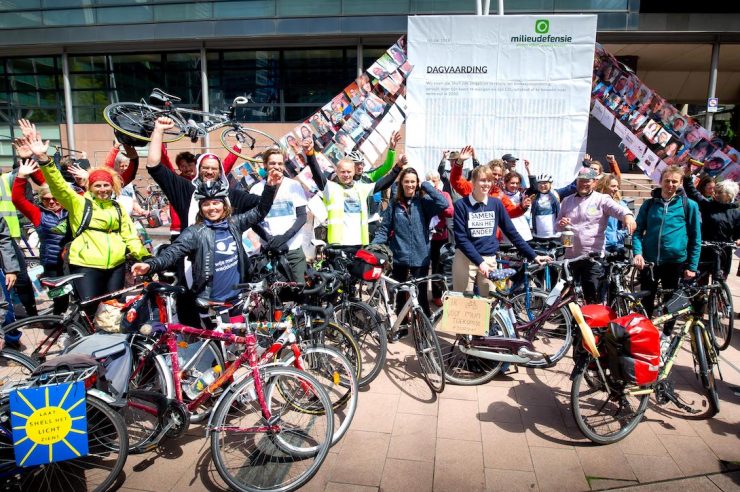 ‘A victory for our planet’: Dutch court orders Shell to slash emissions The oil giant has been ordered to reduce emissions in a landmark court case that could have global implications Energy Environment Justice Society
New issue out now