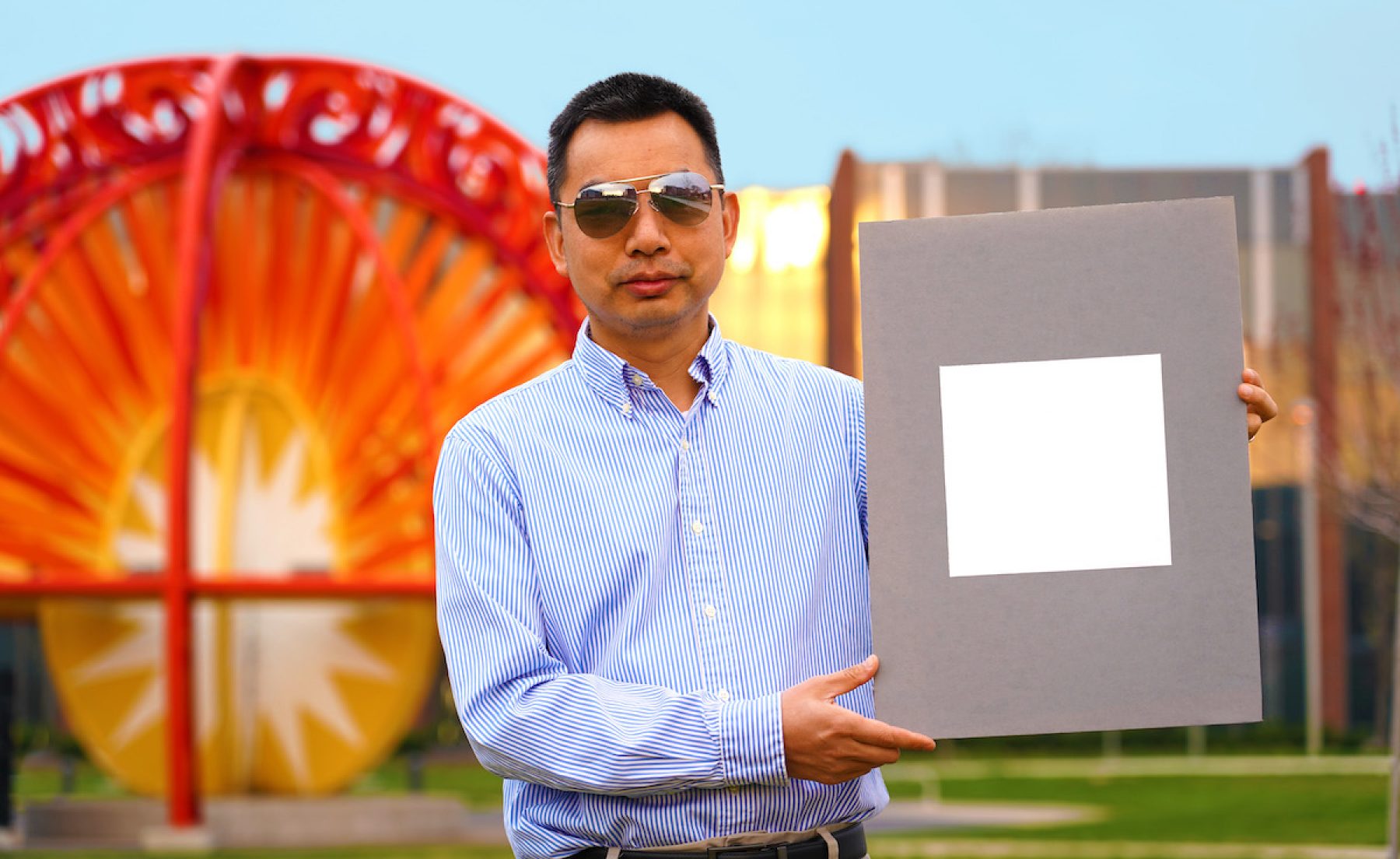 How cool is that? New white paint ‘more powerful’ than air conditioning

Scientists have developed a paint that reflects more than 98 per cent of sunlight, which they say makes it more effective than some air conditioning units. Its energy-saving credentials could help to tackle the climate crisis

Scientists have developed a paint that reflects more than 98 per cent of sunlight, which they say makes it more effective than some air conditioning units. Its energy-saving credentials could help to tackle the climate crisis

US engineers have created a paint so white that coating buildings with it, they say, could one day slash the need for air conditioning. Reducing energy usage in buildings is vital to tackle the climate crisis.

Purdue University, in Indiana, built on efforts to develop a ‘radiative cooling paint’ that go back 50 years.

After six years of research and after studying more than 100 materials, they have developed a paint so effective at reflecting sunlight, that it chills surfaces to below surrounding ambient temperatures.

“If you were to use this paint to cover a roof area of about 1,000 square feet, we estimate that you could get a cooling power of 10 kilowatts. That’s more powerful than the central air conditioners used by most houses,” said Xiulin Ruan (main picture), Purdue professor of mechanical engineering.

His team discovered that commercial ‘heat rejecting’ paints only reflect around 80-90 per cent of sunlight – and actually get warmer rather than cooler.

Their paint, which reflects 98.1 per cent, uses high concentrations of barium sulphate particles – the same chemical compound used in photo paper – to achieve its dazzling brilliance. A broad variety of particle sizes means that more of the sun’s light spectrum, including infrared heat, is scattered.

Purdue scientists believe an even whiter shade may be possible by boosting particle concentration, though they will need to overcome the increased fragility that this entails.