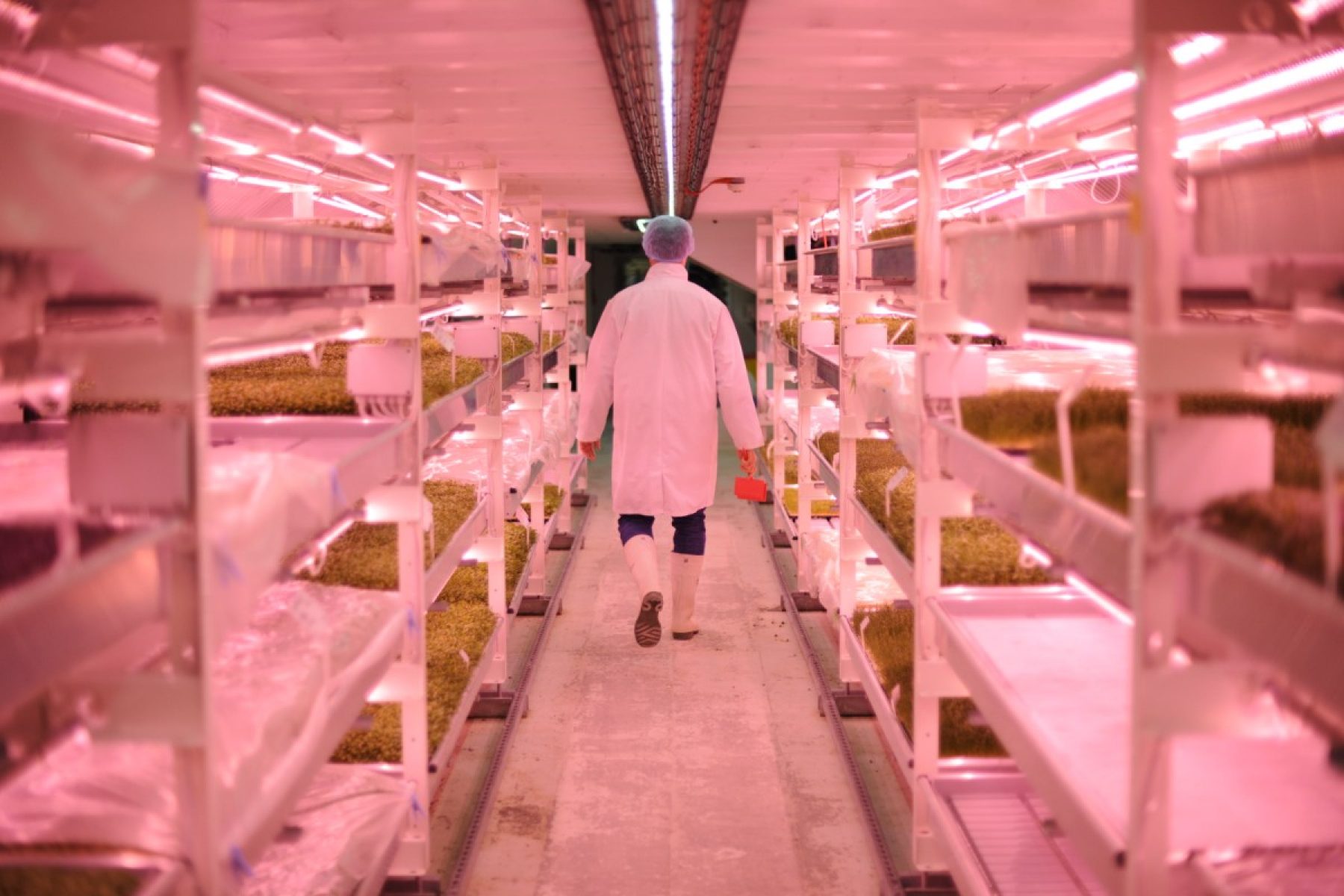 Farms of the future: growing greens below the city

Growing Underground is a hydroponics farm below the streets of southwest London, which is powered by renewable energy

Growing Underground is a hydroponics farm below the streets of southwest London, which is powered by renewable energy

A disused air raid shelter is an unlikely source for a salad. But that’s exactly where you’ll find Growing Underground, a hydroponics farm below the streets of southwest London. Founders Richard Ballard and Steven Dring have been selling micro-herbs and baby greens to restaurants and markets since 2015.

The farm uses hydroponic technology – growing plants in water systems rather than soil. Although that technology has been around for decades, explains Ballard, it’s the LED light technology that enables him to grow large amounts of crops in a relatively small urban area.

“There’s a whole lot that can be done with LEDs that is still in its infancy,” Ballard says. Already, LEDs allow the growers to alter the flavour of the greens, as their sugars and starches develop differently under different light spectrums. 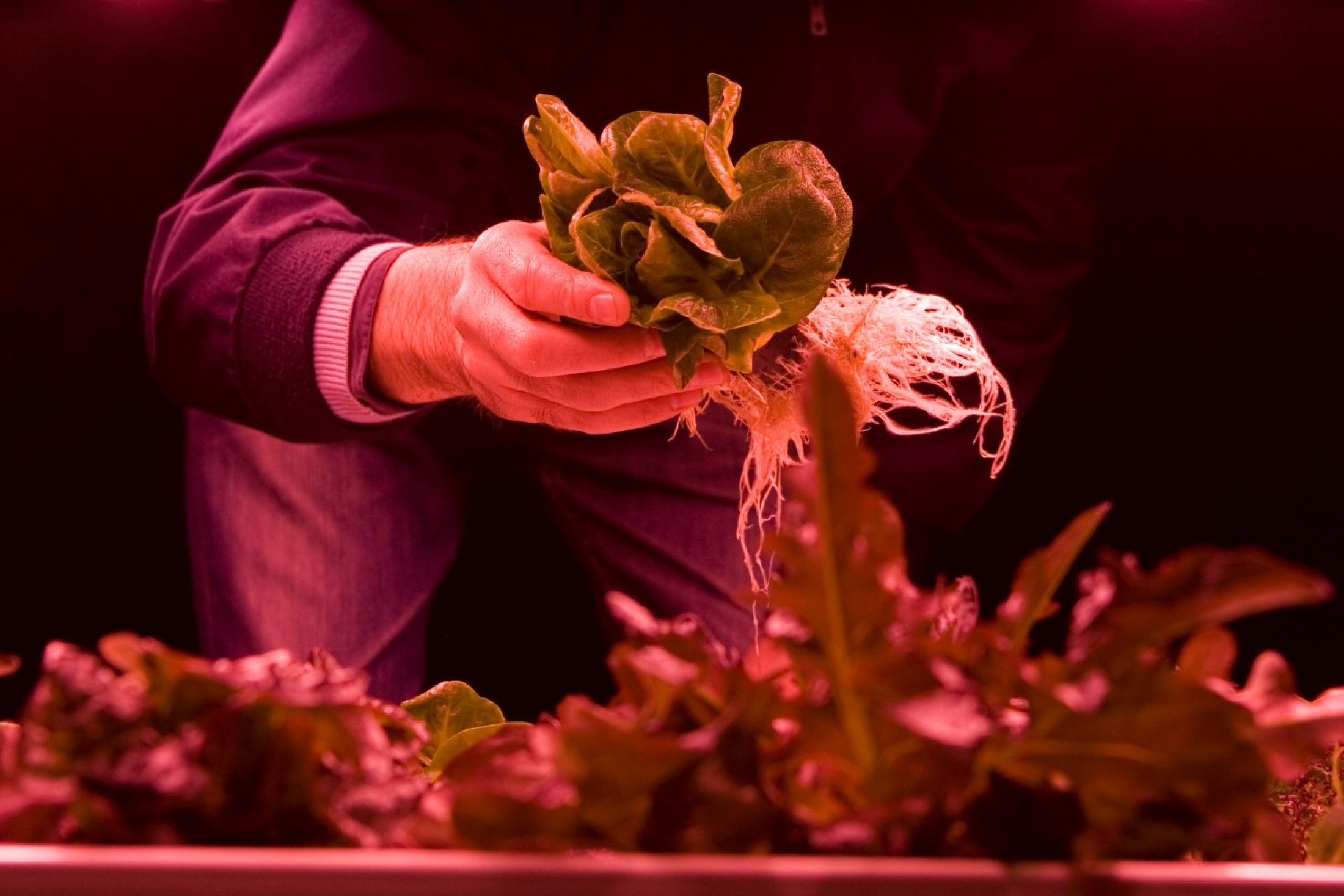 At the moment, leafy greens are the only crop that grow quickly enough in the system to make it economically viable, but Ballard predicts it won’t be long before that changes. “As technologies improve, you’ll see soft fruits, cucumbers, peppers,” he says.

The goal when they started was to reduce the carbon emissions typically involved in food supply chains.

“The three biggest contributors to emissions are buildings and energy to power them; agriculture; and transport,” he says.

To address the first, Growing Underground is based in redundant space and powered by renewable energy. It’s more energy efficient than growing greens in a glasshouse; the subterranean setting combined with residual heat from the LED lamps keep the tunnels at a consistent temperature that the plants thrive in.

Meanwhile, the hydroponic system avoids the usual culprits for emissions in farming such as releasing soil carbon or running diesel-powered equipment. And being in the city brings the food miles right down.

The farm’s produce heads to restaurant kitchens, markets and supermarkets. The team is raising investment to grow the operation further; currently, it only uses around 20 per cent of the 6,000sq m site.

Ballard thinks farms that grow produce closer to the point of consumption, as his does, will become a common part of our food systems. “We’ve seen in the last few years some major weather events, which affect yields. The way we grow enables us to have a consistent yield, year-round.”