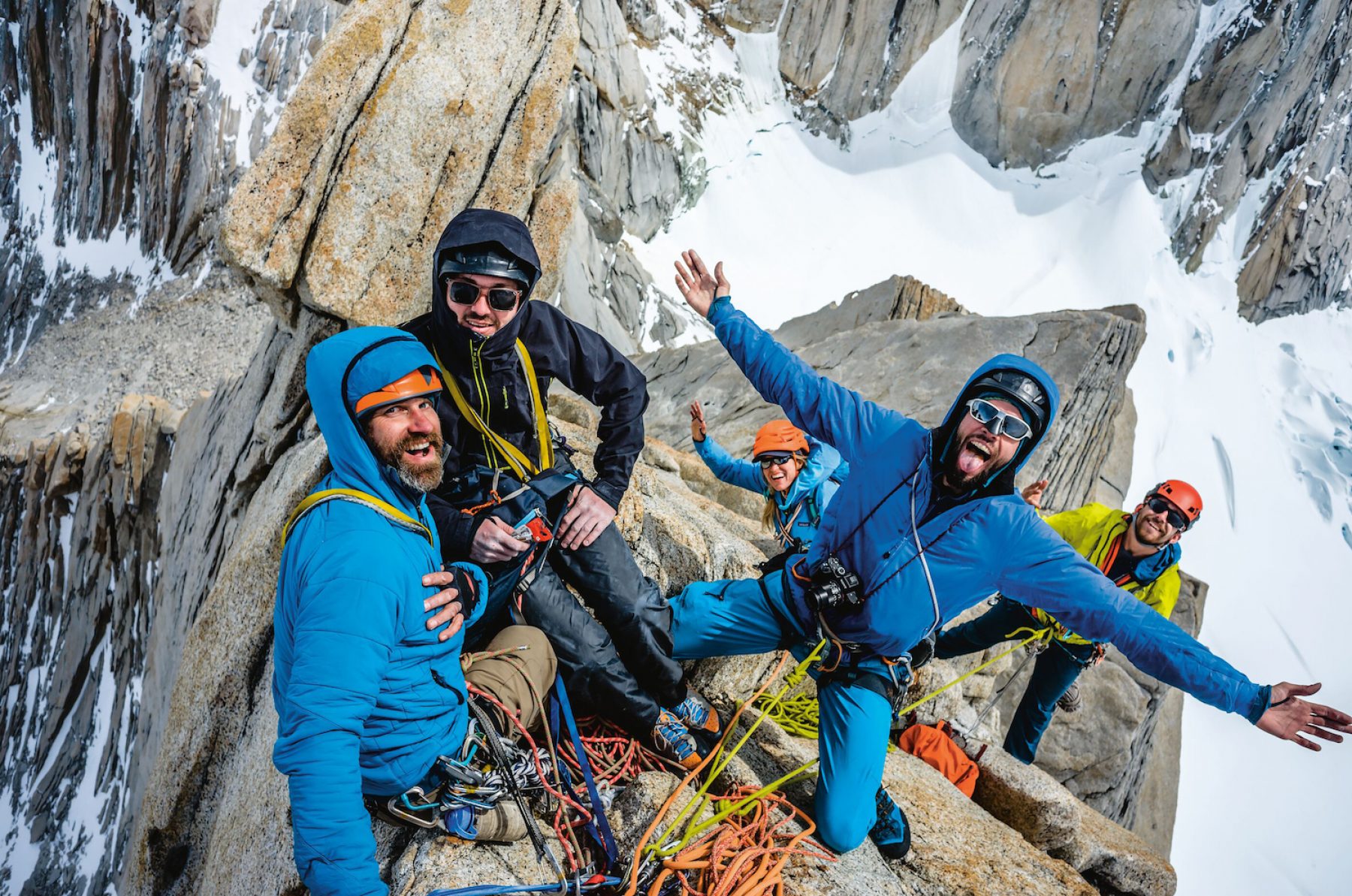 Hope 100: The movement towards better business

Scores of corporations are now committing to balancing profit with positive impact. Is it all ‘purpose wash’ or a genuine turning point for business in society?

Scores of corporations are now committing to balancing profit with positive impact. Is it all ‘purpose wash’ or a genuine turning point for business in society?

‘Our planet is staring down the barrel of twin climate and ecological crises. At fault is a system that rewards the ‘single-minded pursuit of profits’. Shareholder primacy is a busted flush. Companies must account for all stakeholders. And they can start by taking meaningful climate action immediately.’

It might sound like an environmental campaigning group’s manifesto. But believe it or not, it is a collective statement from an alliance of more than 3,000 companies: the B Corps. Their mission is to re-write corporate capitalism before it drives us and our planet to a point of no return.

Discover the full Hope 100 Read about all 100 people and organisations bringing hope for 2020, in the new issue of Positive News magazine Buy now

B Corp, which was founded in 2006 by three Stanford University graduates, may not be the first venture to urge companies to prioritise their social and environmental impact alongside profit. But with members that include consumer giants like Danone and subsidiaries of Coca-Cola and Unilever, its reach into big, commercially ambitious brands is inspiring change where it is most needed.

Other signs abound that business as we know it is changing. In August, a lobby group of 181 US-based chief executives from the likes of General Motors and Walmart, collectively known as Business Roundtable, announced it would no longer prioritise shareholder interests over everything else.

Instead, these leaders pledged to run their firms for the benefit of all stakeholders: “Customers, employees, suppliers, communities and shareholders”. The Financial Times, and prominent voices within its community, cautiously welcomed the move. At an event for the FT City Network, Andreas Utermann, outgoing boss of asset management firm Allianz Global Investors, said that today’s capitalism is “borrowing from the future while destroying the environment” and is evidently “not sustainable”.

If the planet doesn’t survive, capitalism doesn’t do too well either

Meanwhile in November, the British Academy published a report proposing a bold new remit for corporations: to profitably solve problems of people and planet, and not profit from causing problems.

“This is not about a fundamental redesign of our system away from capitalism,” argued the University of Oxford’s Prof Colin Mayer in the document. “On the contrary, it’s a way of making capitalism function more effectively. If the planet doesn’t survive, capitalism doesn’t do too well either.”

Bates Wells, a London-based law firm, went even further by drafting an amendment to the Companies Act that would compel firms to act purposefully. If passed (a huge if), the legislation would displace shareholder primacy for UK firms, or as Bates Wells puts it, “upgrade the capitalist operating system, so that the system is responsive to a world of increasingly limited resources”.

Businesses already signed up to the B Corp movement are well placed for this brave new world. Becoming a certified B Corp requires firms to demonstrate a commitment to people and planet as well as profits.

Those that have done so are starting to show the positive effects that arise when business is “reprogrammed”, says James Perry, director of UK frozen food company Cook and a member of B Corp’s European advisory board. They show “how business can be an interdependent force for good, rather than a force for extraction and exploitation”.

The certification requires companies to be assessed to check they make the grade. Applicants must show credible performance on issues such as community investment, worker rights, environmental practices and customer relations. A stand-out feature is that prospective members have to re-write (if necessary) their articles of association to balance purpose and profit – bringing legal accountability to their commitment.

Even if they get across the threshold score of 80 points from a possible 200, they must explain how they will improve. Each company is reassessed every three years; laggards must leave. Those to have gone through BCorps’ assessment say it is no walk in the park. One recently certified B Corp, Bristol-based travel company Sawday’s, took six months to jump through all the hoops.

But the process has knock-on benefits, too. Sawday’s says it has seen a significant rise in employee satisfaction since signing up. Meanwhile, The Body Shop credits becoming a B Corp with making its internal sustainability and ethical policies more robust.

Research by B Lab, the non-profit behind the B Corp certification, reveals similar positive impacts. A study of the UK’s B Corp community, for example, shows that 85 per cent of certified firms (they currently number 242) toughened up their policies. A further 77 per cent claim that their understanding of sustainable best practices has improved.

B Corp is not without its critics. Bournemouth University lecturer Michael O’Regan, for example, notes that its standards are not legally enforceable. Katie Hill, a spokesperson for the initiative, argues that the B Corp stamp is not a guarantee of moral perfection. It is not the destination, but the direction that counts, and certified companies are pushed to continually try harder and experiment further.

B Corp is by no means a lone pioneer in changing business for the better. The UK has a long tradition of socially oriented business structures, from co-operatives to community interest companies. And worldwide, a notable minority of business leaders have long demonstrated their commitment to society and the environment through actions rather than words.

When outdoor brand Patagonia (a certified B Corp) received a $10m (£7.6m) windfall from President Trump’s corporate tax cuts, for instance, chief executive Rose Marcario instructed it to be donated to environmental causes.

An exceptional few could be all that is needed to bring about mass change – as long as they have enough influence. That is the argument of Paul Polman, who served as chief executive of Unilever for 10 years until the end of 2018. His new venture, the Imagine Foundation, states that it requires “20 CEOs – whose names we know – to tip an entire industry”. The private sector will be “the main engine for change”, Polman wrote in an email to friends, shared with Bloomberg.

Its first major coup was persuading 32 chief executives of major fashion companies to commit to The Fashion Pact ahead of the G7 summit in August. Under it, companies agree to implement science-based targets and actions to reduce their impact on the planet. These include “taking all measures” to reach net-zero by 2050 and powering operations with renewables. A further 24 companies signed up in October, with signatories now including high street names such as H&M, to Chanel and Carrefour.

Likewise, the BCorp movement made a bold, public commitment at the COP25 conference in Madrid in December: more than 500 of its members pledged to reduce their carbon impacts in line with a 1.5C temperature rise. The global movement and business certification to encourage companies to prioritise purpose along with profit. After its launch in 2006, the movement now has more than 3,000 members across 70 countries and is growing every year. Recently certified UK firms include Guardian Media Group. The chief executive of Patagonia does not want to sell you more stuff. The outdoor clothing brand ran its Worn Wear Repair Tour in 2019, fixing clothes for free to help reduce the emissions associated with buying new ones. Since taking the helm, Marcario has been responsible for changes to production that have seen the company cut waste and improve sustainability – and even shares those findings with other apparel companies.

The former chief executive of Puma is on a mission to redefine the role of business in society. In a recent interview with Wired magazine, he outlined his vision as “a kind of shareholder value that is socially just and environmentally sustainable”. While at Kering, the luxury company that owns brands such as Puma and Gucci, he introduced an environmental profit and loss metric into the balance sheets. His is a loud voice calling for business to be a force for good. During his 10 years as chief executive of Unilever, Polman pushed sustainable and inclusive business practices well before the tide of public opinion had turned. His new project involves encouraging other influential chief executives to take action to help tackle the climate crisis.

The Riverford Organic founder’s decision to hand ownership of his company to his employees is just one way he has demonstrated what responsible business leadership looks like. Under his charge, Riverford has gone to great lengths to make sure it is doing things in the most sustainable way – including collaborating with University of Exeter researchers to investigate its own environmental impact.

Since taking the top job at Iceland in 2018, Walker has demonstrated it is possible for big business to make wholesale changes for the good of the planet. Under his lead, Iceland became the first major retailer globally to commit to eliminating single-use plastics in its own-brand packaging (due to be complete by 2023) and the first to adopt the plastic-free Trust Mark. 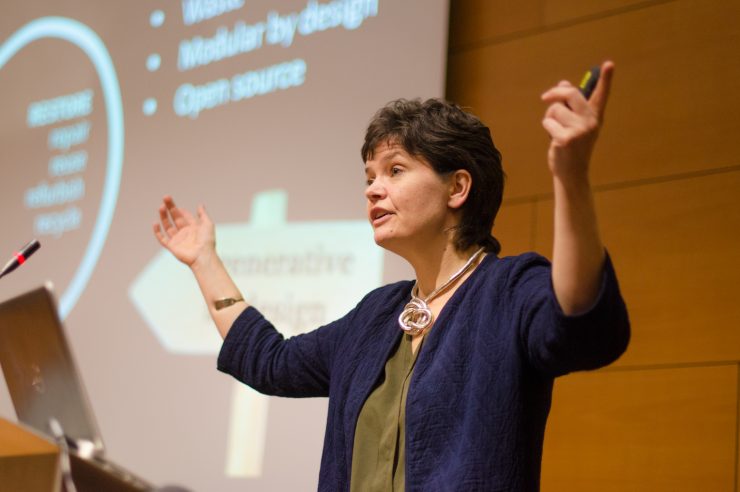 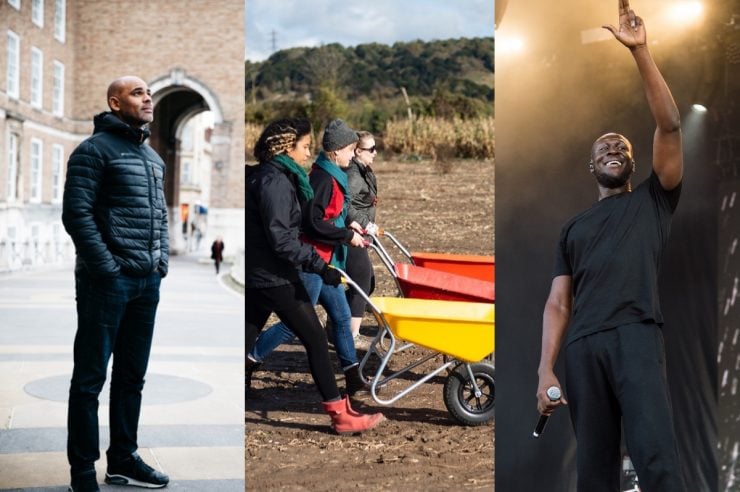 Hope 100: The people and organisations bringing hope in 2020 Across business, culture, society and the environment, we shine the spotlight on 100 inspiring people and exciting projects that are driving... Society UK World