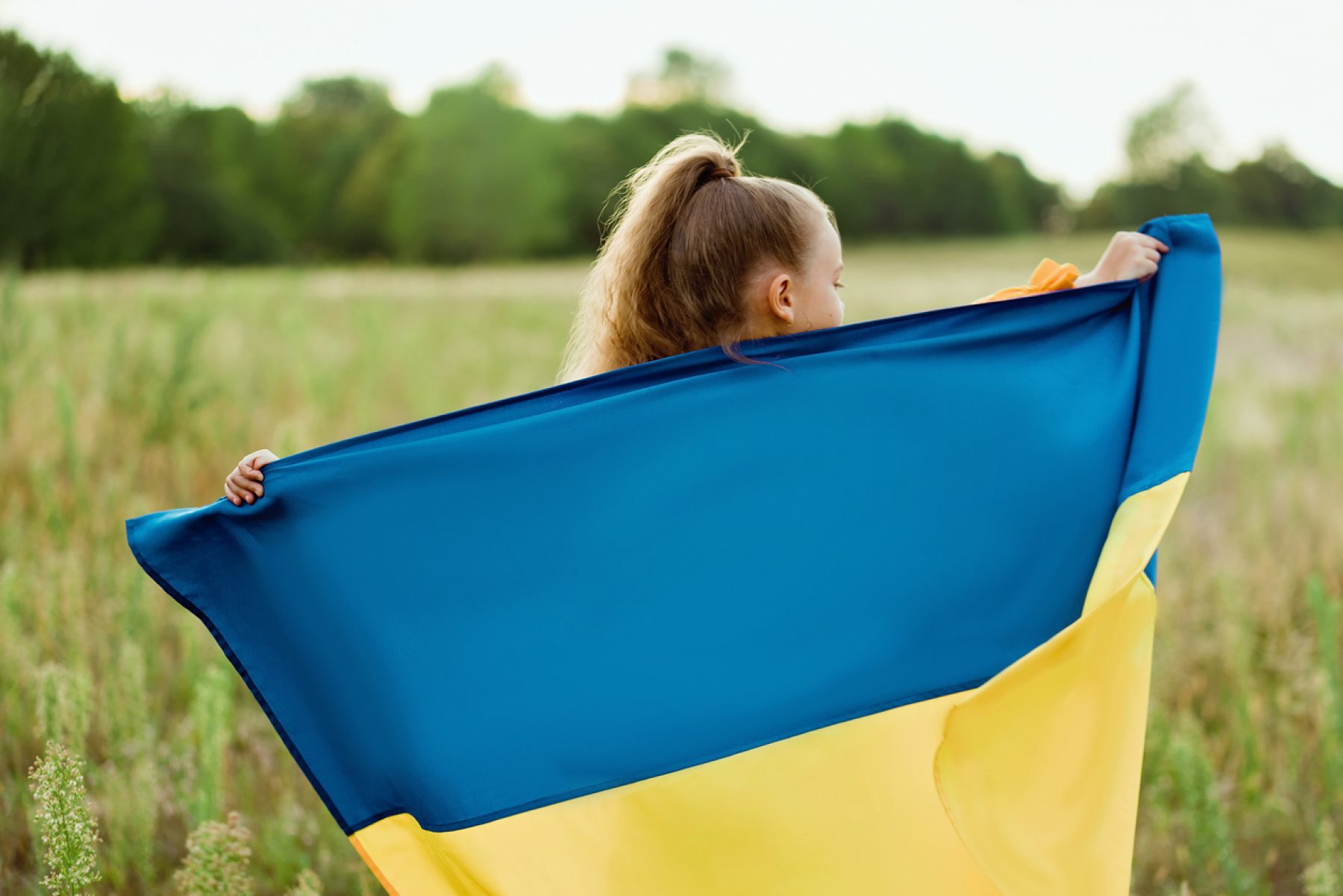 Many Ukrainians have fled the war to Russia itself, where they need help finding housing, work and schools – or leaving the country

Many Ukrainians have fled the war to Russia itself, where they need help finding housing, work and schools – or leaving the country

While Russia’s military has decimated Ukrainian towns and cities, killing thousands in its attempt to take control of the country, some residents in the Russian city of St Petersburg are helping refugees fleeing Ukraine.

After making their way under Russian bombs and through the Russian military’s so-called ‘filtration camps’, Ukrainians require assistance in their new temporary, forced shelter in Russia.

Russian volunteers meet the refugees at railway stations, host them in their apartments, help them find medicine and clothes – as well as housing and work. Others take people to the border with a neighbouring EU country, such as Finland or Estonia, and help them (and their pets) get the necessary documents to leave the country. The UN estimates that 1.1 million Ukrainians have gone to Russia.

Russian volunteers, who are not supported by the state, use online chats and groups to coordinate responses to calls for assistance. It is strictly forbidden to discuss politics or news from the front in these groups, or to respond to those who try to start a conversation about the war. A careless word or statement could lead not only to the chats being closed, volunteers believe, but to volunteers themselves being arrested. Many volunteers have ties to protest and opposition circles, where arrests or prison sentences are common.

As well as the threat of police interest, volunteers face criticism from several sides. Russians who have left the country accuse them of ‘collaborating’ with the Kremlin – e.g. by accepting the consequences of the invasion, while Russians who support the war claim volunteers are ‘betraying Russia’s national interests’ by ‘helping the enemy’. Equally, there has been criticism from Ukrainians, who say the volunteers have failed, as a part of Russian society, to stop Russia’s full-scale war against Ukraine, and that they are now just trying to make amends with ‘handouts’.

Open Democracy, an independent media platform based in the UK, spoke to several Russian volunteers about their work. The interviews were conducted by journalist Natalia Shkurenok, and are published below. 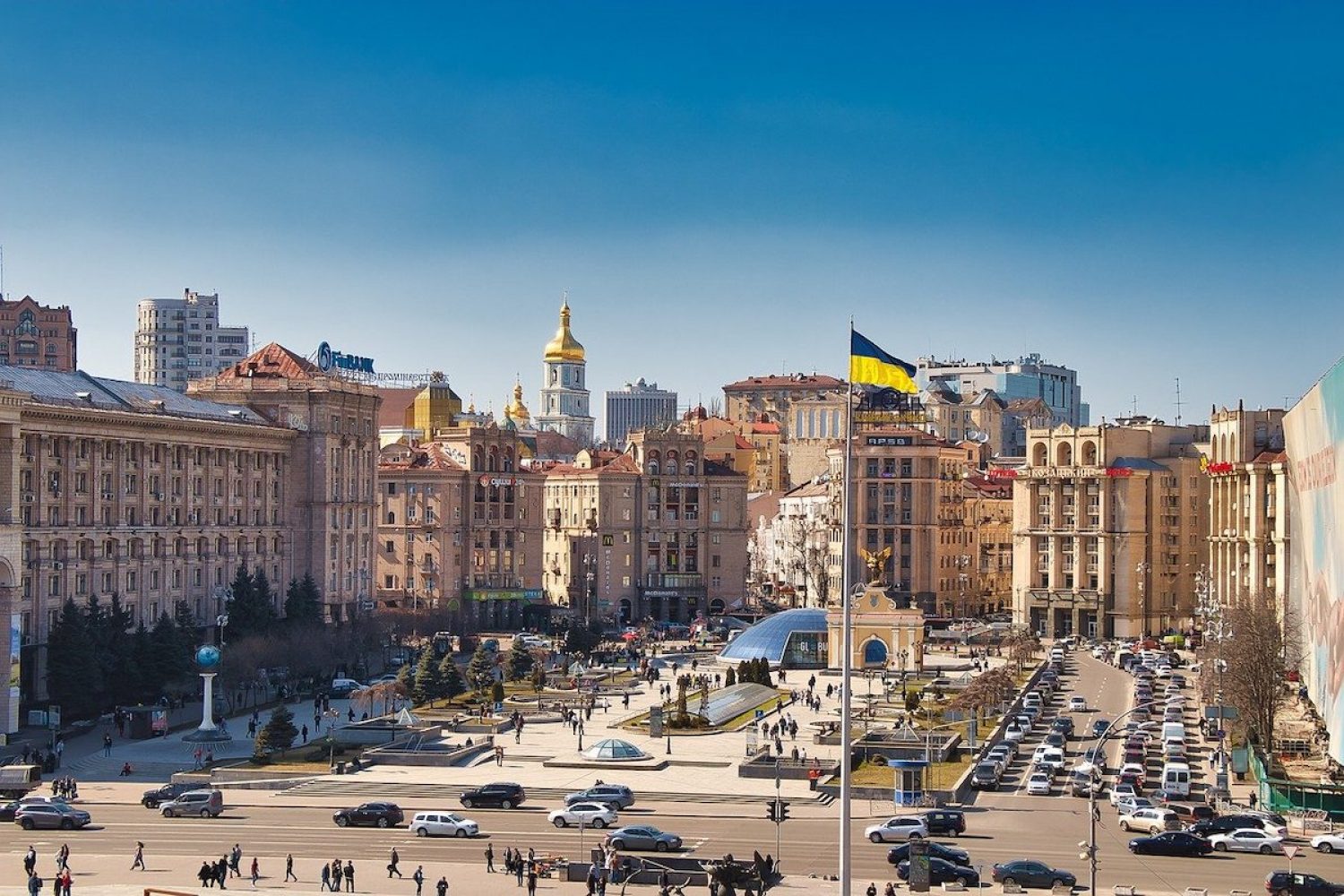 The first weeks after the start of the war were very difficult morally. Nothing was clear about what was happening, what to do, what to do with ourselves. But pretty quickly, everything changed.

I worked in Crimea for many years [documenting human rights violations], where I helped Crimean Tatars who were facing a series of problems. I knew many Ukrainians, and gradually [after the Russian invasion] people began to contact me: would I be able to help someone who wants to leave for Europe or for Russia? I began to help. I know the law, I can help with legal advice.

Volunteer groups began to form on Russian social media. Some sprang up to support temporary accommodation centres [set up by the authorities, to house Ukrainians], others focused on the logistics of moving [Ukrainians] around Russia or abroad.

Now I mainly help people get documents and relocate. I either transport people myself, or help with logistics to transport individuals or groups – for example, a person who cannot walk or a large family. I help to buy tickets and get people on a train if there’s no help available at the station.

Compared to the situation eight years ago, there are many more refugees now. The volunteer network is now much more serious – it has more people and a better structure.

One unexpected problem is that Ukraine has a highly developed digital system of official documents, whereas Russian officials don’t digitise much. Russians love pieces of paper. So even if a Ukrainian family has electronic copies of all their documents, they cannot get any of the documents they need in Russia and cannot travel anywhere. This is when volunteers take over – we transport people, help them get at least a few certificates.

If someone has no documents at all, the only option is to get a certificate from the Russian Ministry of Internal Affairs confirming their identity as a foreign citizen. With this certificate, they should be able to leave Russia. But often people are told to wait three months. It is not clear where they should wait or with what money, and we are trying to help them find housing, work or some kind of short-term money. 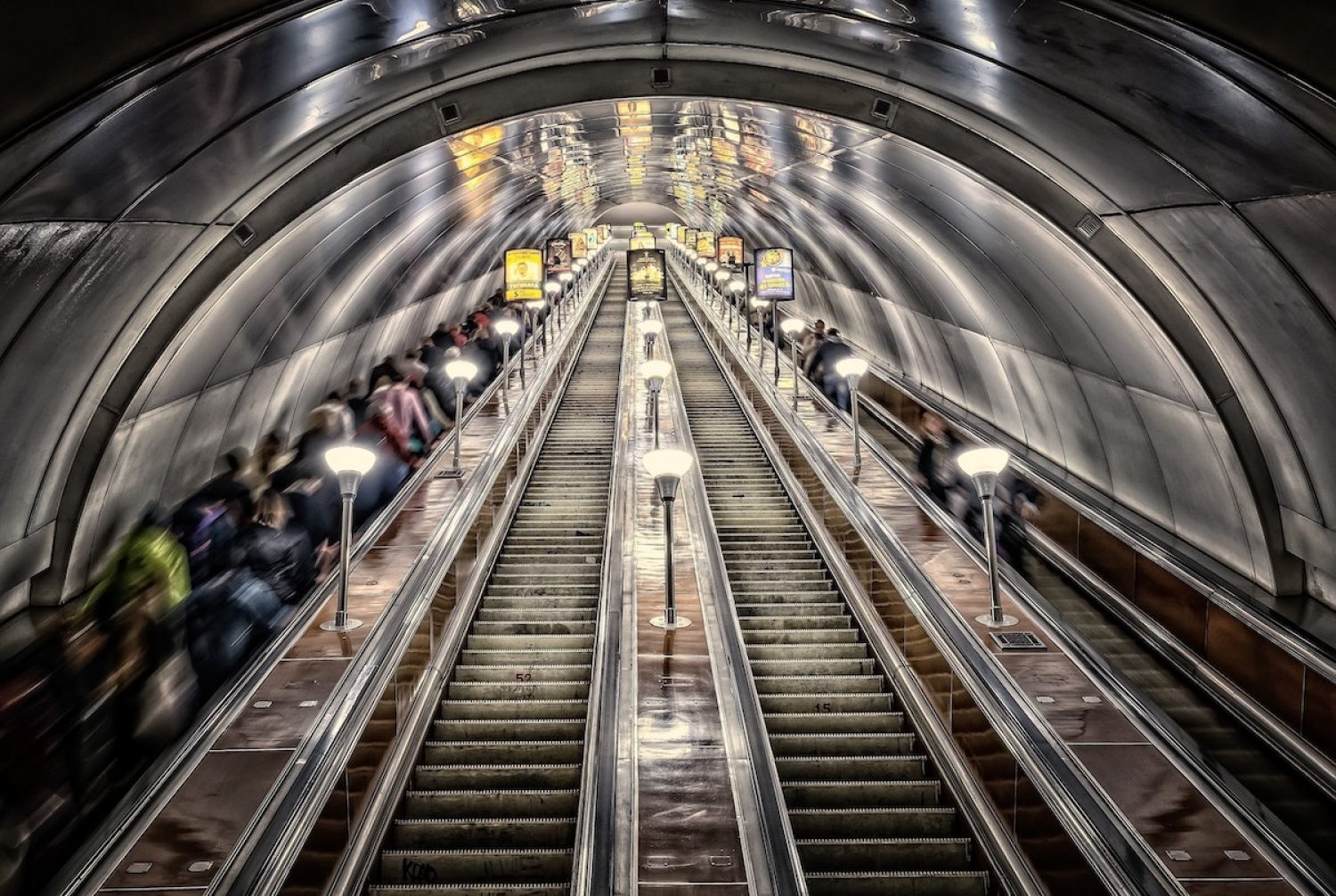 Right now, I drive Ukrainian refugees to the town of Ivangorod, on the border with Estonia. I host people at my place, as I have some free rooms in my apartment. And I have a big car: I can transport people and their bags.

Volunteers in St Petersburg set up a chat group for coordination, and that’s where I look for tasks, to see what I can do. In my opinion, people now most of all need the most elementary things: peace and quiet. When you ask Ukrainians, ‘What do you need?’, they say first, ‘Take us to a place where it is quiet, peaceful.’

I remember one young Ukrainian woman who stayed with me, she kept asking me not to close the curtains. She had spent three weeks in the subway [sheltering from bombs], did not go outside, and now kept saying to me – don’t draw the curtains! Now we are trying to help another woman from Ukraine find a job in the city. I’ve asked all my friends to help.

I constantly think about what is happening in Ukraine, you can’t abstract yourself from the situation

Volunteering is a major help for anyone who is taking this terrible story [the war] very hard, who feels guilty and responsible for what happened. I try to get all my friends and acquaintances involved. Until recently, they were literally obsessed with the terrible news from Ukraine and could not get out of a vicious circle: watching the TV news and feeling guilty. Now they’re helping refugees and their life has some sort of meaning – one of my friends bakes pies for refugees, another looks for accommodation, a third takes people to Ivangorod.

I constantly think about what is happening in Ukraine, you can’t abstract yourself from the situation. I am not trying to rehabilitate the Russian state, I’m just helping. We help everyone – both those who are staying in Russia, and those who want to leave. If our state has done this to them, and they want to leave, then we have to do everything to help them do that.

This is the first time I’ve volunteered actively. I got involved because we haven’t had this kind of situation before, and I’ve never felt personally responsible for something like this before. Volunteering, in part, probably, is an attempt to make amends – for not declaring my position before. 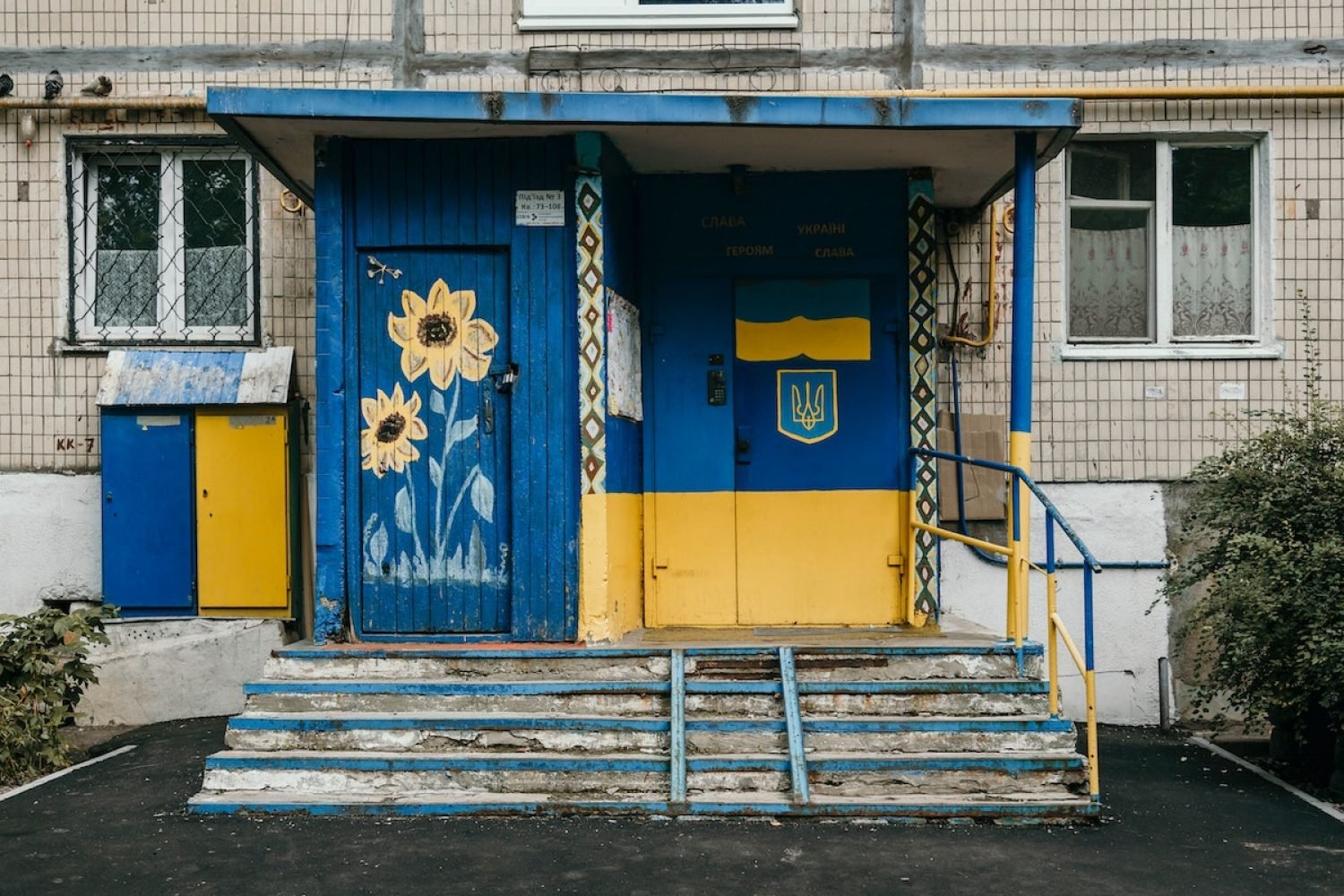 Fleeing to Russia was an act of desperation for many Ukrainians. Image: Marjan Blan Marjanblan

I am a German teacher, I have a lot of former students who now live in Europe, particularly in Germany. So when Ukrainian refugees needed help there, I found people who could assist. We found technical support and a tow truck for one woman – she was driving in Bavaria, the car stalled, and we helped her fix the car. Half of Hamburg brought clothes and other things to a woman I knew from Ukraine, and helped her to settle in. I don’t know if this is called volunteering, I call it networking.

My main task now, as I see it, is to help people integrate into the life that they’ve found themselves in against their will, and that they will have to continue living for a while – to work, earn money, get children into school, acquire a circle of acquaintances.

Recently, I was asked to help Iryna, a Ukrainian woman from near Mariupol, who is a conductor by profession. She does not want to be a burden on other people, she wants to earn money herself. She asked for assistance, and friends helped her to write a CV. Now she already has students; she was even invited to replace a teacher in a music school for a week, to help prepare children for an upcoming concert.

But then more complex problems arise – for example, with children’s education. We have a large number of refugee children from Mariupol who studied in their native Ukrainian back home, but are now being tested in Russian [as part of the process of joining a school]. As a result, they get low scores and are placed in a class that is a grade or two lower than they should be, and they suffer even more stress. Here we can help: there are always students who are ready to become [Russian-language] tutors, but it is also necessary to find people who can pay for this work. Now we’ll ask for help online to find sponsors. 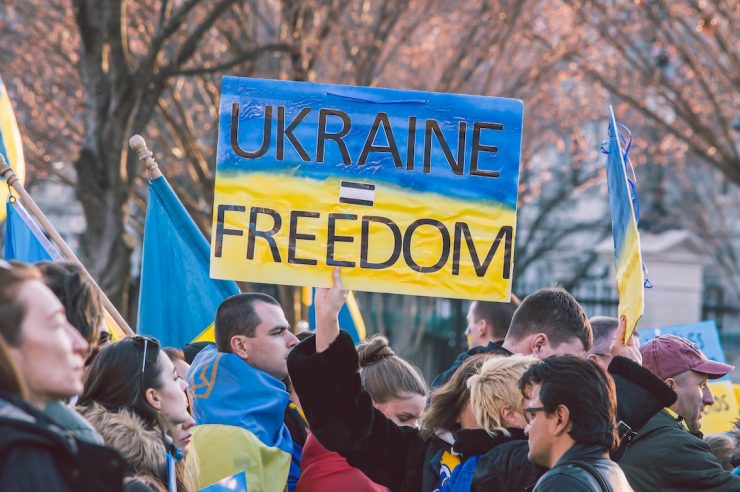 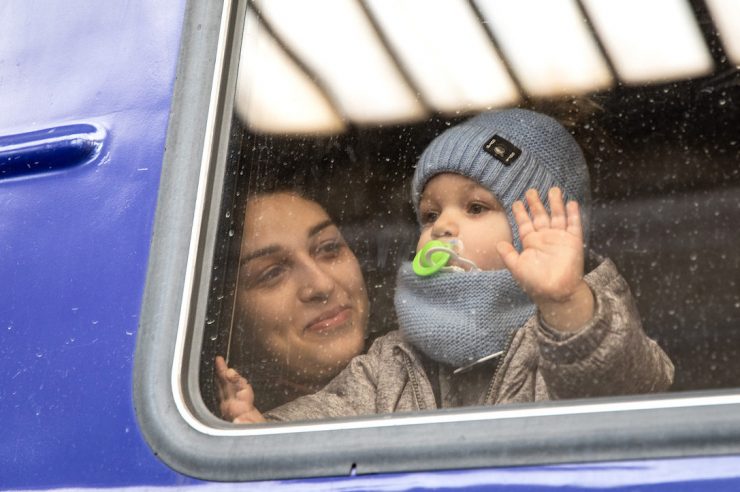 How to support Ukrainian refugees arriving in the UK Thousands have signed up to the UK government’s Homes for Ukraine scheme. Thinking of joining them? This is what you need to know Peace Society