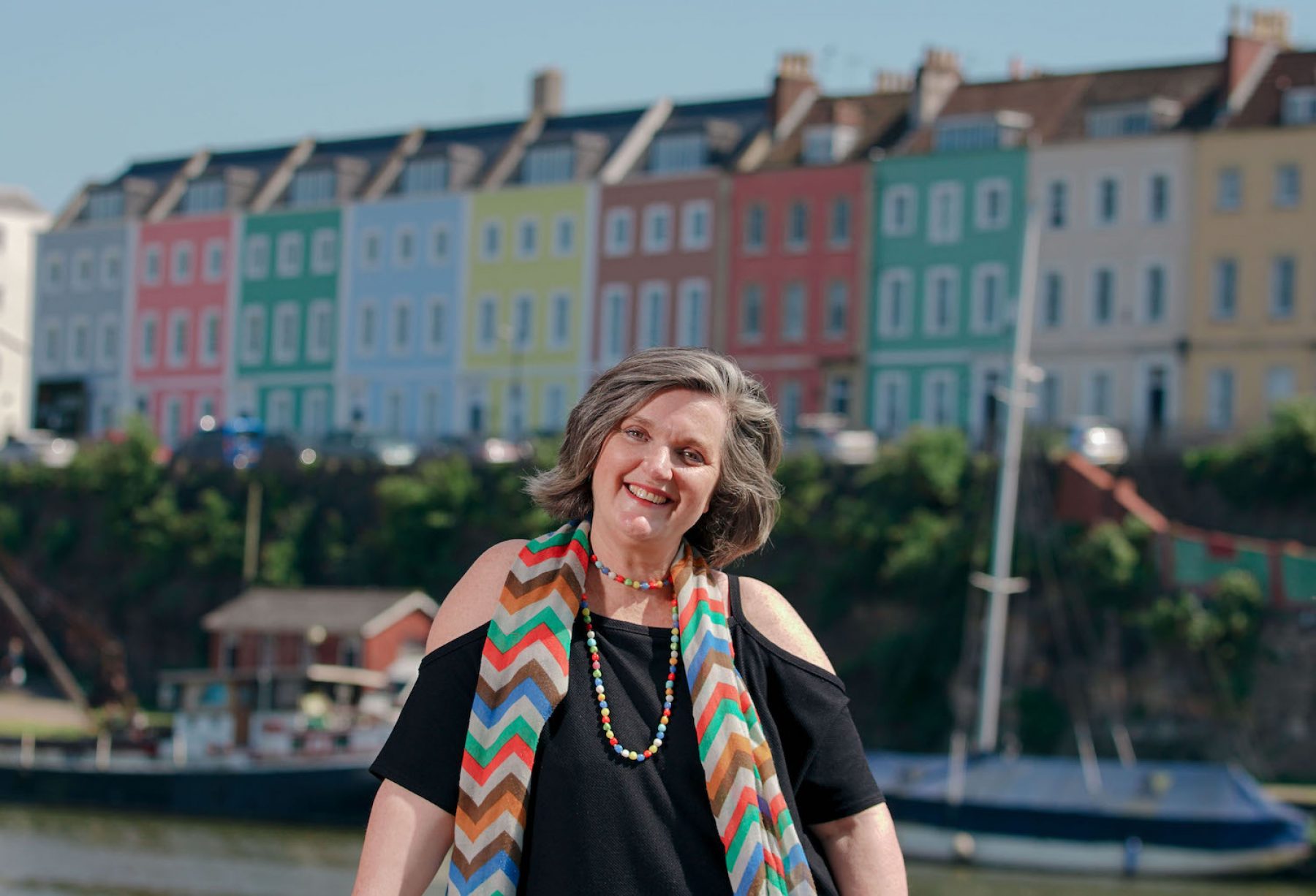 Measuring what we treasure: what if human contentment shaped policymaking?

A quick question if it’s not too personal: over the last fortnight, how optimistic have you been feeling about the future? Be honest. Downright gloomy, score 1. Bright-eyed and bushy-tailed, 5.

We would all like to be a 5, naturally. But few of us are that fortunate. So too with feelings of usefulness, relaxation and control over our lives: tick 5 and you either have life totally cracked (if so, congrats) or you’re kidding yourself, in which case, join the club.

Now imagine for a minute who’s asking the question. No, not a shrink. Not a life coach. Not even a concerned friend. Picture a government auditor. Yes, the mandarins care enough about your wellbeing that they don’t want to just measure it; they want to frame public policy around it.

That’s the vision of Liz Zeidler. The former international development expert is chief executive of Happy City, a Bristol-based organisation that is dedicated to putting ‘wellbeing’ at the centre of government thinking.

And in this unabashedly ambitious pursuit, she isn’t alone. From Bhutan’s Gross National Happiness survey to Andean frameworks based on the buen vivir (living well) philosophy, interest in individual and community wellbeing is growing in policy circles around the world.

“The question of wellbeing is very far from being fluffy. People say ‘let’s sort out the big problems and then worry about happiness’, but it’s when we ignore the importance of our physical, mental, social and emotional wellbeing that a lot of problems start,” says Zeidler.

Most government-led initiatives tend to hit the same wall, however: the “ridiculous centrality” of Gross Domestic Product, or GDP, in modern government. First introduced in the 1930s during the Great Depression in the US, GDP has since morphed into the defining yardstick of progress – something that would have appalled its original creators, according to Zeidler.

To illustrate the absurdity of the situation, she is fond of quoting Kate Raworth, author of Doughnut Economics. We currently have an economy that “needs to grow, whether or not it makes us thrive”, as Raworth puts it. What we need is a society that “makes us thrive, whether or not the economy grows.”

If you’re not convinced just how far down the garden path GDP leads us, consider the Grenfell Tower tragedy. The huge cost of the emergency efforts, the rehousing, the compensation: all go into the GDP register as ‘positive’ economic activity. It’s the same, incidentally, with drug dealing and prostitution.

“Bonkers” is the only word Zeidler can find to describe such logic: “With Grenfell, even the decision to put up very cheap, low-grade cladding will have been a value-based calculation between what was the most important: the simple bottom line or the human beings inside the tower.” 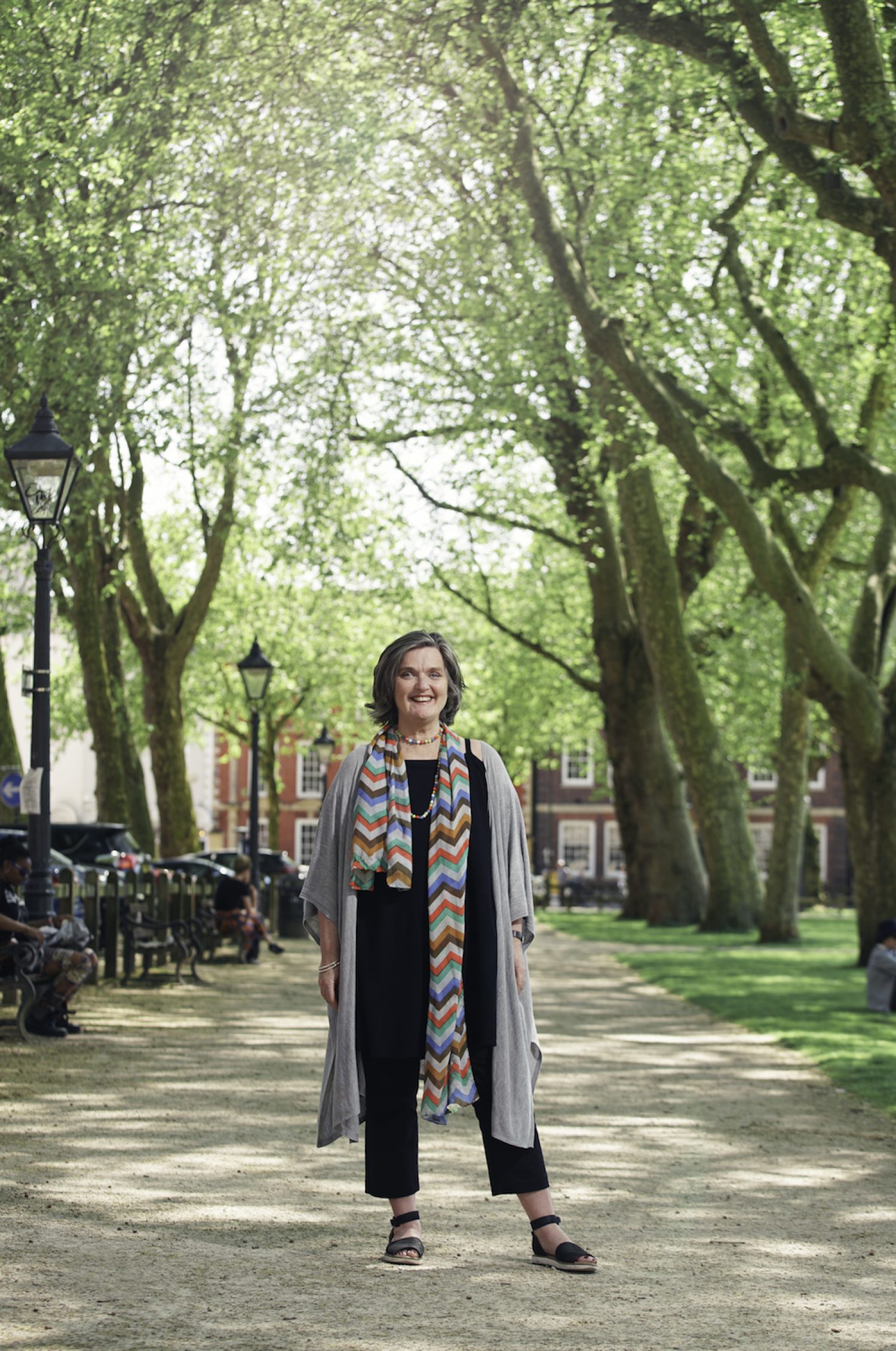 ‘It’s when we ignore the importance of our physical, mental, social and emotional wellbeing that a lot of problems start,’ says Zeidler

Scientific research into the root causes of happiness shows the reductiveness of a purely economic perspective. In the UK, once household incomes hit about £43,000 the impact that has money on wellbeing becomes marginal. As important to wellbeing, if not more so, are factors such as having friends and feeling as though you belong, keeping fit and having a lie-in.

Some see the persistent dominance of GDP as proof of a public sector in hock to the interests of greedy capitalism. But more mundane reasons arguably apply too. If you’ve ever tried fitting ‘community connectedness’ or a ‘sense of meaning’ into a spreadsheet, then you’ll see how old-fashioned stats like household income and median wages fit much more cleanly.

GDP also owes its centrality to the absence of alternatives. And it’s this shortfall that Happy City is striving to fill. After years of research and experimentation, the organisation has drawn up a methodology for assessing wellbeing that Zeidler insists is both scientifically robust and statistically valid.

Its Thriving Places Index comprises 48 indicators linked around the core themes of sustainability, local conditions (health, education, economy, community and ‘place’) and equality. As well as drawing on traditional data sources, the index relies heavily on citizens’ own views of their personal wellbeing via an online survey. (Heads up: the optimism question is first on the list).

We should be collectively asking ourselves: how can we make what matters to you and I really count?

The guiding maxim behind the index is ‘measure what matters’. As Zeidler reasons: “We should be collectively asking ourselves: how can we make what matters to you and I really count? Not just in terms of measurement, but also in terms of the decisions we make, right from Whitehall down to our own individual decisions.”

Like many simple ideas, it has profound implications. Take education. Ideally, schools should exist to equip young people to thrive in the fullest sense – artistically, socially, culturally, vocationally. Instead, what do we have? An exam-based system obsessed with fitting pupils into a “productive” mould, both as consumers and workers, as Zeidler puts it.

Or consider social care. To an economist’s mind, old people are a cost burden, hence the stinginess of government funding. But what if we saw our senior citizens as the lifeblood of our communities, as guardians of their grandchildren’s future? Our social care system would, overnight, look very different.

Five local authorities in Wales have been piloting Happy City’s Thriving Places Index, experimenting with just such an approach. One of these is Blaenau Gwent. Located in the heart of the country’s once vibrant mining industry, it is something of a statistical blackspot nowadays, suffering high levels of unemployment and intergenerational poverty.

A wellbeing mindset, in contrast, acknowledges the area’s assets too: strong community spirit and the proximity of spectacular countryside, among others. Having a more holistic evaluation system “helps keep people’s chins up,” Elias says.

It would have a revolutionary impact on society

More than that, a wellbeing perspective offers alternative solutions too. Elias gives the example of poor mental health. Blaenau Gwent has this “amazing asset on our doorstep”, she notes, pointing through her window to the hills outside and noting the positive impact that nature is proven to have on mental health.

Much to Zeidler’s excitement, the Welsh government has just agreed to trial the Thriving Place index at a national level. Her dream is for more and more countries to follow suit: “It would have a revolutionary impact on society, from how a business opts to invest its money, to whether a government chooses to go to war.”