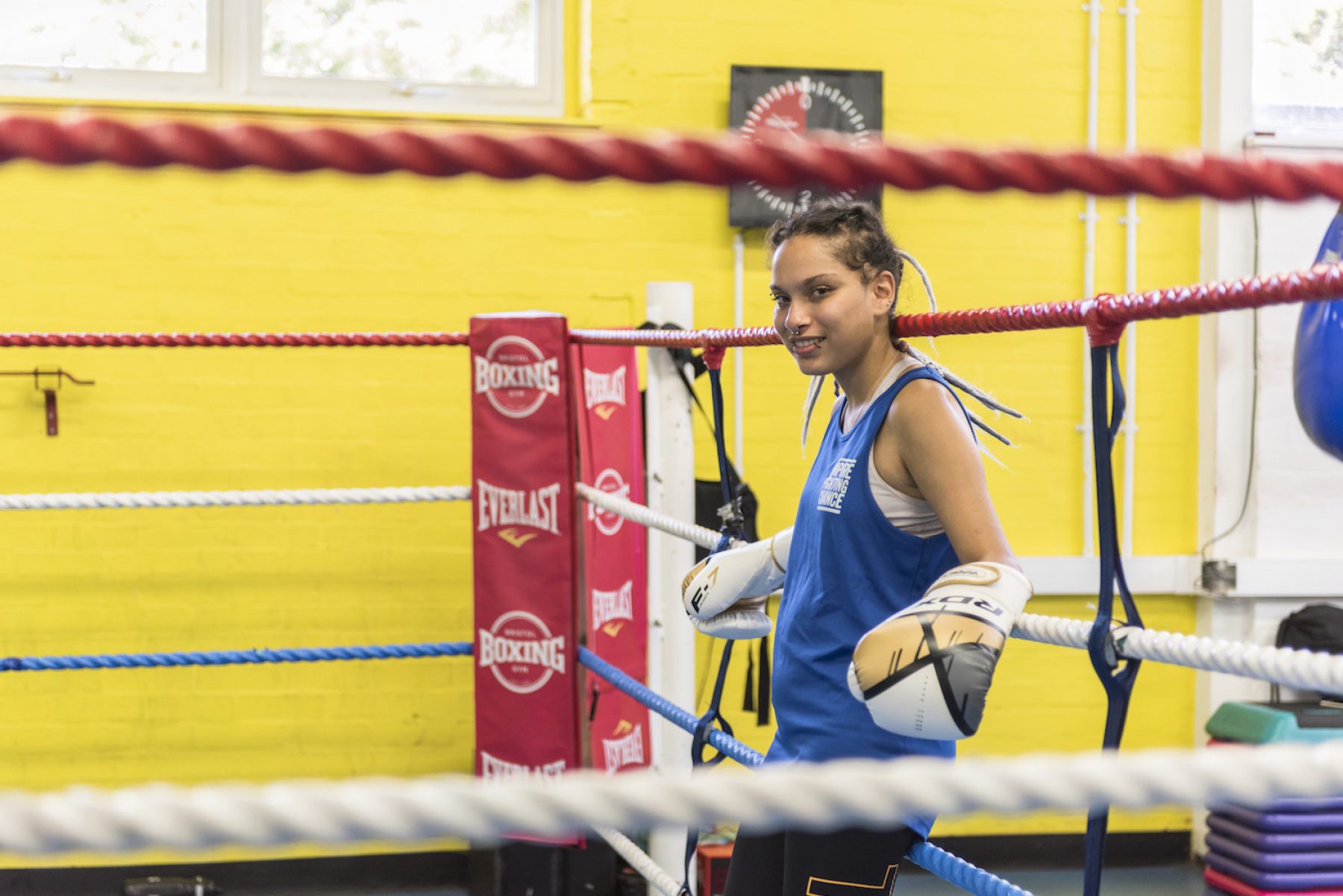 Bristol-based Extract Coffee Roasters works with community groups in the UK to support vulnerable people, through training, mentoring and sports

Words by
Gavin Haines September 26, 2019
Society Wellbeing
Brands of inspiration
This article has been created by Positive News and supported by Extract Coffee Roasters

Bristol-based Extract Coffee Roasters works with community groups in the UK to support vulnerable people, through training, mentoring and sports

There are many people reading this who might claim coffee changed their lives, but for Katia Ferreira it really did. Not because she discovered the black stuff could rouse her from her slumber every morning – as it does millions of people daily – but because it provided the 53-year-old with a lifeline after arriving in Britain as a refugee in 2009.

Back then Ferreira, who travelled here from Bolivia with her husband and son, had few prospects. Not only did she speak very little English, but she also had to wait five years for a work permit. When the necessary documents did eventually arrive, employers were reluctant to hire her because she’d been out of work for so long. It was a vicious cycle.

Desperate to find work, Ferreira, who’d worked in tourism in Bolivia, started learning English and plugged away relentlessly at the job applications. But the longer she was out of work the less employable and more despondent she became. “I lost my confidence because all the doors were closed,” she said. “They were terrible times.”

Then Ferreira’s family received a letter from the Refugee Council inviting her to attend Hotel School in London, which teaches hospitality skills to homeless and vulnerable people, and then helps them find sustainable employment. Hotel School is a joint venture between The Passage, a homeless charity, and the Goring Hotel in central London, and is supported by Extract Coffee, an artisan roastery which provides barista training as part of the programme.

Hotel School and Extract Coffee gave me tools that I now use every single day. Little by little my life is returning

It was the barista training that excited Katia, who learned from the experts at Extract how to make the perfect brew. This skill has since helped her find work in a coffee shop on Oxford Street in London.

“Hotel School and Extract Coffee gave me tools that I now use every single day,” she says. “They have given me power. My English is more fluent now and I feel more confident. I’m really happy to have money to pay my bills. Little by little my life is returning.”

Ferreira kept in touch with her mentor at Extract Coffee, who she still calls from time to time for advice or a friendly chat. “For me it’s a huge thing because I have support,” she says.

‘We can’t afford not to do this’

Hotel School is one of several charities supported by Extract Coffee, which was founded on the principle of “making coffee better” – not just better tasting or better for the foreign farmers who grow the beans, but better for local communities in London and Bristol, where the company operates.

“Amazing coffee tastes great, but what else can it bring? That was the question we had from very early on,” explains Lee Bolam, co-founder of Extract Coffee. “We wanted to know how we could make coffee better not just for the farmers, but for the communities we worked in.”

With that in mind, the team at Extract launched Grounds Up, a charitable initiative that provides financial support and training to organisations such as Hotel School. “We are showing people skills, sure, but we are also showing them how to learn,” said Bolam. “It’s about empowering people.”

A portion of Extract’s sales goes towards supporting Grounds Up; the company gives £1 of every kilo of its special edition brews, like the Strong Man and Strong Woman Espresso, to the initiative.“We can’t really afford to do this, but we can’t afford not to either,” said Bolam. “It’s important to us. The culture of our company depends on it.”

We are showing people skills, but we are also showing them how to learn – it’s about empowering people

Another grassroots initiative supported by Grounds Up is Empire Fighting Chance in Bristol, which uses non-contact boxing and one-to-one mentoring to challenge and inspire young people to realise their potential.

Renee Rubio-Richards, a 22-year-old student, referred herself to Empire Fighting Chance after moving to Bristol to study psychology and sociology at University of West England.

“I referred myself because I have suffered with depression since I was about 14 and had been self-harming,” explains Rubio-Richards. “I’d also trained in martial arts since I was young, so when I heard about being able to have one-to-one support integrated with martial arts training it seemed like the perfect combination.”

Empire Fighting Chance assigned Rubio-Richards a mentor, who combines talking therapy with sessions in the ring and exercise classes. “We have done a lot of breathing work and sometimes we have just sat and had a chat,” says Rubio-Richards. “We do explosive rounds on the bag if I have had something really stressful going on.

“It’s been really useful having that continuity and support. I think without this it would have been so hard to get through my dissertation.”

Extract Coffee is currently looking for a community initiative that it can help support in Manchester, where it is in the process of establishing another base. It also continues to support charities a little further afield, such as Ethiopia Skate, which supports children in Ethiopia by providing access to skateboard materials and by creating skate spots.

“It’s not enough to just make amazing coffee,” said Bolam. “The most purposeful thing we do is work with communities – coffee is just coffee at the end of the day.”