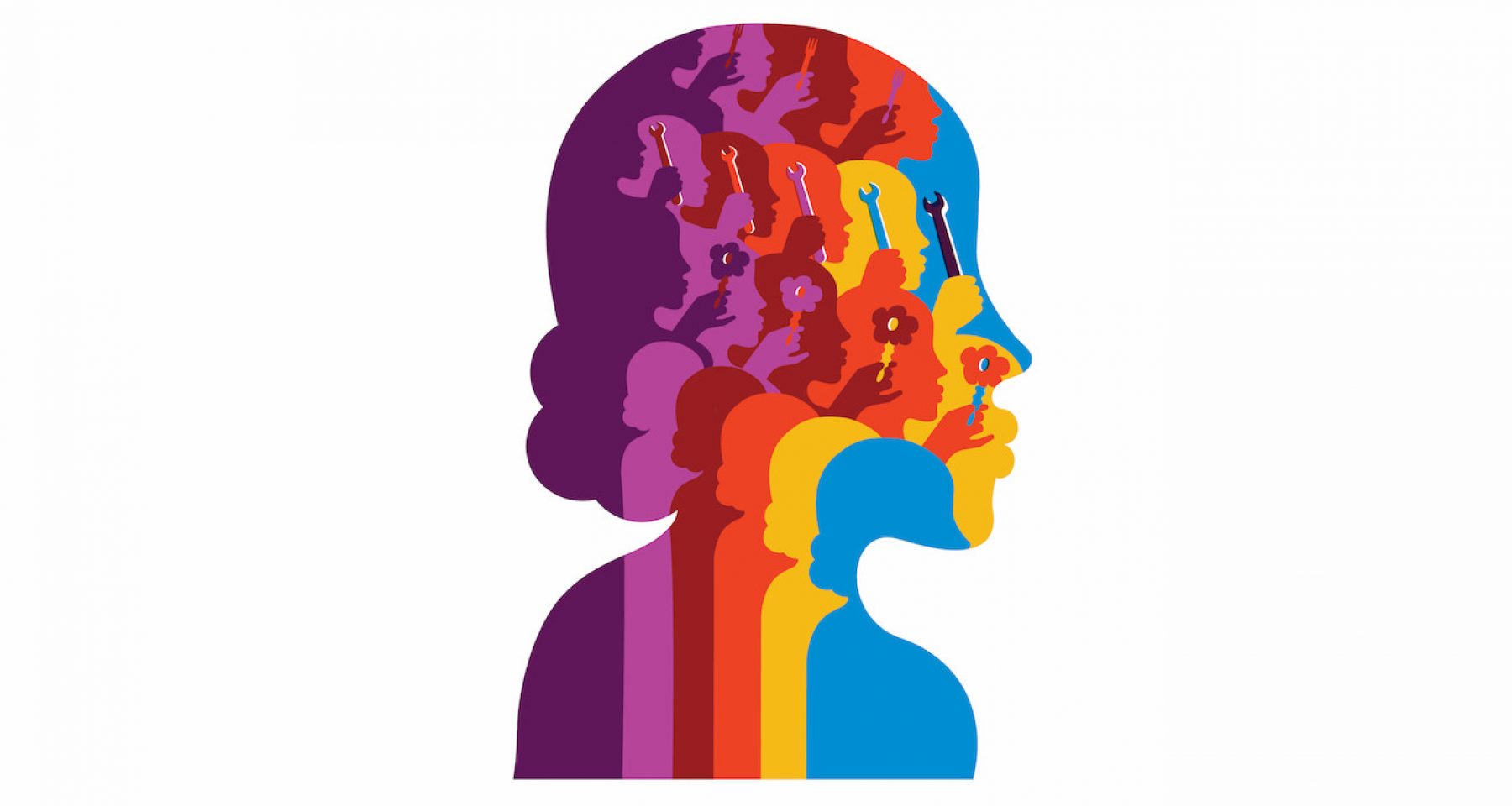 Do small acts of kindness add up?

A new wave of organisations has sprung up, promoting small pro-social and pro-environmental actions. But do these acts make any difference?

A new wave of organisations has sprung up, promoting small pro-social and pro-environmental actions. But do these acts make any difference?

“I recently posted a letter to a friend. Hardly earth-shattering news but it was unusual because I’ve never sent him a letter before. We communicate via text and social media and occasionally we even see each other in the flesh.

But I was inspired by new pro-social website Good and Kind, which lists ‘Send a nice letter to a friend’ as one of 100 ways to make the world a kinder place. Following similarly altruistic enterprises such as Action for Happiness and The Kindness Offensive, the site encourages people to perform acts of kindness – from signing up to the organ donor register to sending someone a virtual hug.

“Little things that people do can have a bigger impact on society,” says founder Kelly Hunstone. “Many people tell us they feel, as an individual, that it’s very hard for them to make a difference in the world. So we wanted to show how, even if it’s just a little thing, collectively your effort can bring about positive social change.”

To help persuade folk, each act has a 1-5 ‘happiness rating’ and even an eye-catching ‘cost benefit to society’ based on Good and Kind’s research. Sending that letter to a friend comes in at £44.44, I’m told, while some acts are described as ‘priceless’.

We wanted to show how, even if it’s just a little thing, collectively your effort can bring about positive social change

Do people need an economic incentive to do good? “I would like to think not but when we did the research we found that some people would do it out of the goodness of their heart, while others would want to see if there is any real purpose or benefit,” says Hunstone.

Good and Kind comes from a good place, and posting that letter put a spring in my step, but it seemed to have a negligible effect on my mate. When I next spoke to him on the phone he said receiving the letter was a bit “strange” and he wondered why I bothered. 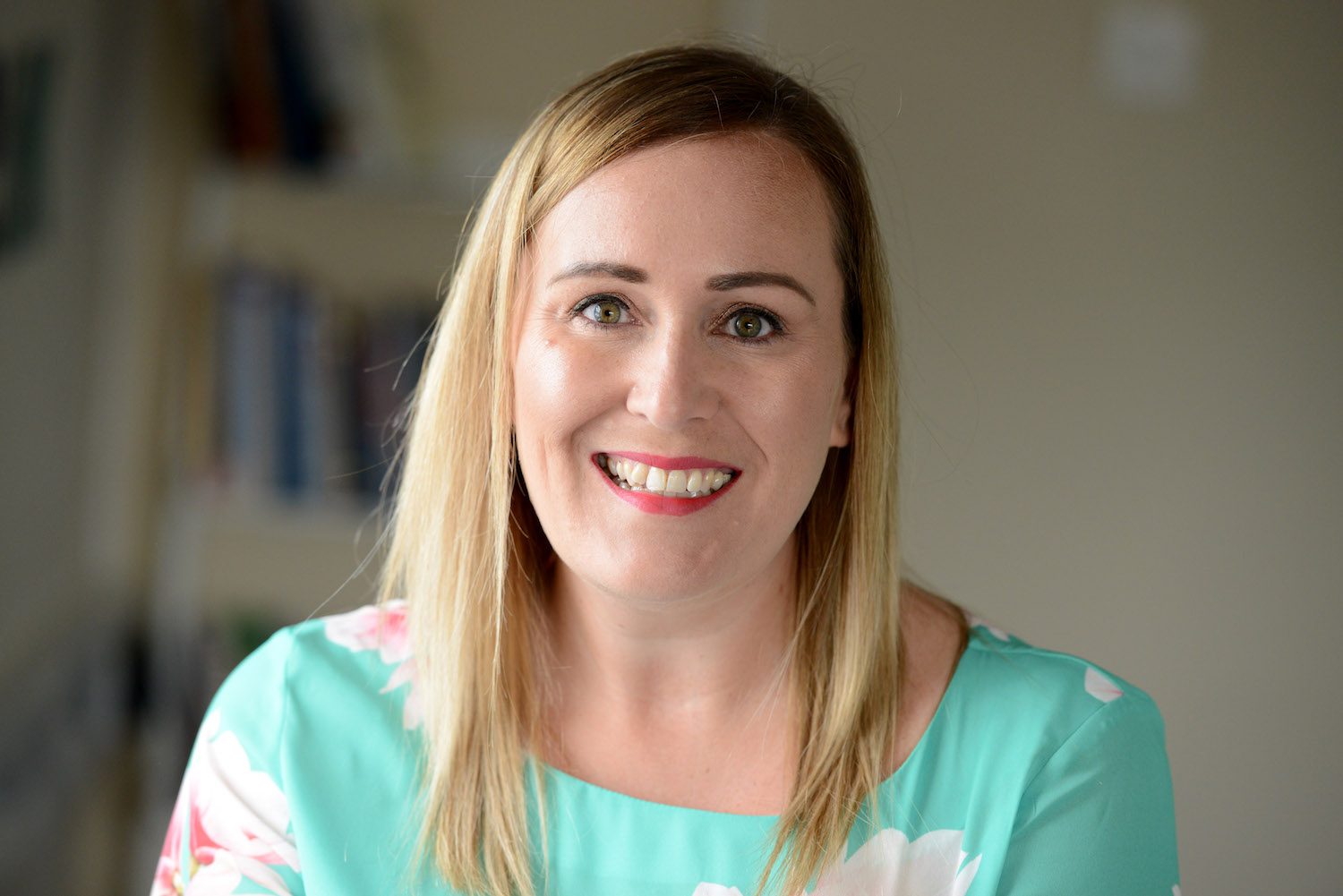 Kelly Hunstone founded the Good and Kind website, which lists 100 ways to make the world a ‘kinder’ place

It did get me thinking that my time would have been far better spent writing to my MP about climate change or lobbying my local shop, saying that unless they include more sustainable options I’ll be withdrawing my business.

Turning to Mark Williamson, director of the social movement Action for Happiness, I wondered if small acts are well-meaning but really a little lightweight. Could they actually stop people from making more profound, effective change in the world?

“I don’t think random acts of kindness will, in themselves, solve all our problems,” he says. “What you might call tokenistic acts in your day-to-day life are not going to solve climate change. But they do two important things: firstly, it’s a direction of travel towards wider change and two, they have a contagious effect. So when we carry out acts of kindness, other people see them and it sparks more kindness. If, for example, I’m friendly to the bus driver he’s more likely to be considerate to the next customer who’s more likely then to go home and have a positive conversation with their partner.”

Williamson also thinks people who do small things to spread happiness are more likely to take action in other, ‘bigger’ pro-social ways too. “So rather than these small acts undermining bigger social change, they actually help to support and encourage it,” he says. 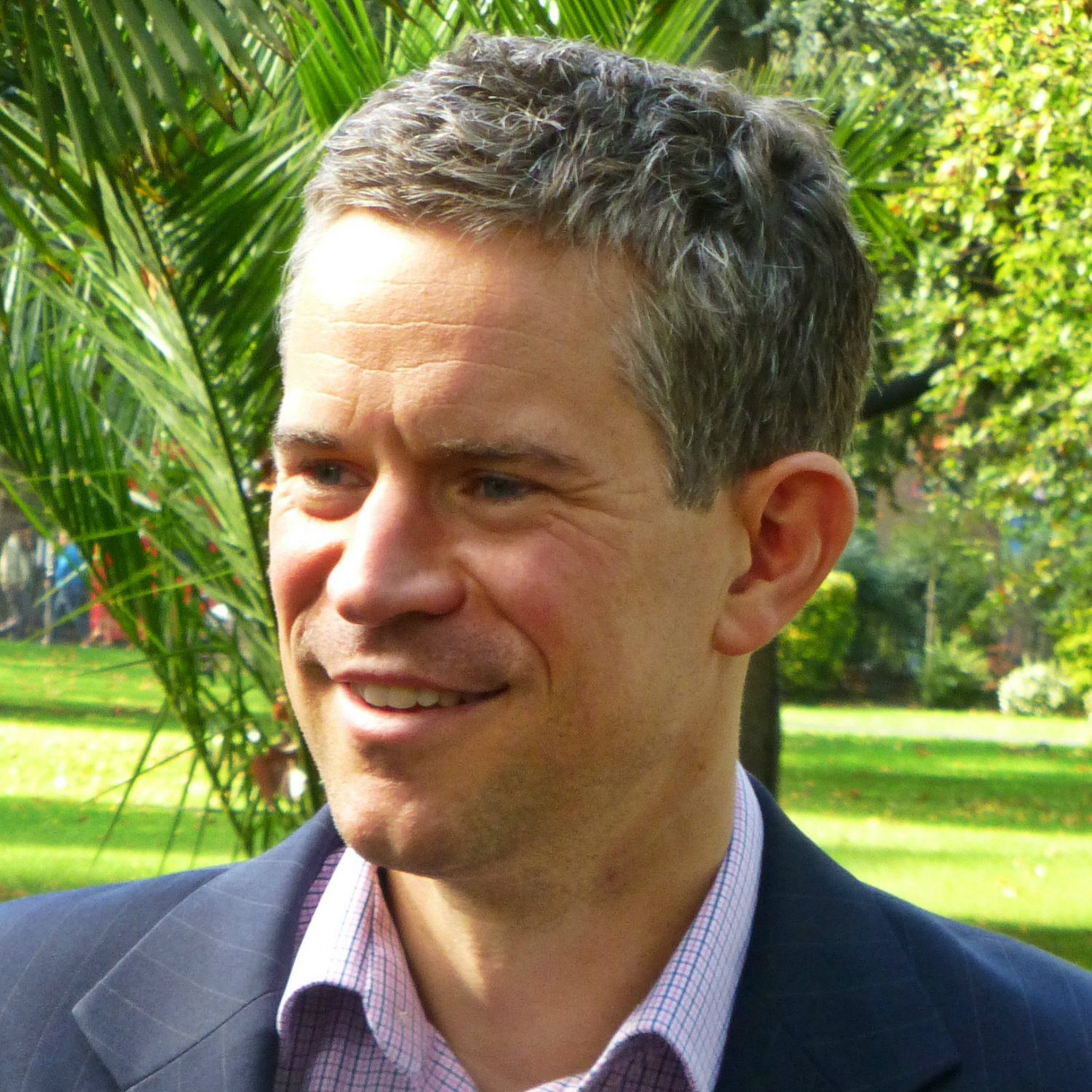 'We're trying to bring out the good side of human nature,' says Mark Williamson from Action for Happiness

Action for Happiness focuses on what we can do personally and collectively to make a difference – such as organise a street party where we live or volunteer our time, energy and skills.

It reminds me of what our parents’ and grandparents’ generations supposedly did naturally. Was society more generous back then? “I think there were more forces in society 50 years ago that cultivated values,” says Williamson. “For example, a higher proportion in the UK were involved in their churches and perhaps, in the educational system, there was more of a sense of cultivating ethics, virtues and values.

“As society has become more individualistic and materialistic, there are influences bringing out the darker, self-interested side of human nature, so we’re trying to bring out the good side: the collaborative and caring side, and recognising our common humanity.”

There are influences bringing out the darker side of human nature, so we’re trying to bring out the good side: the collaborative and the caring side, recognising our common humanity

We may have left the shared values and strong community ties of the 1950s behind, but there does seem to be something in the air. Government figures show that 37 per cent of people in the UK did some kind of formal volunteering at least once in 2015/16.

Meanwhile, research suggests that young people today are more likely than previous generations to see themselves as part of a global community.

GoodGym, groups of runners who combine keeping fit with helping people in their communities, has swelled from having 1,349 members in 2015, to 9,187 today. The Kindness Offensive, which advocates person-to-person acts of kindness, also continues to grow and now has 6,000 members.

Amid the uncertainty caused by events such as Brexit, are small positive acts a way to do something – anything – to feel more empowered?

This resonates with The Kindness Offensive founder David Goodfellow. “The darker it gets, the more we look for the light,” he says. “Increasing numbers of people are looking for new ways to make the world around them better. The answers we are being sold at the shopping centre just don’t do the job.

“We don’t live out ‘there’ in the internet, or in our imagined futures or in our remembered pasts. We live right here and now. Small actions aren’t small, they entirely fill the moment, the moment is all we have.”

All of this is well and good but I do wonder sometimes whether small, well-meaning, pro-social acts actually amount to little in the face of the massive, systemic problems in society.

If I switch to a reusable, non-plastic bottle and 20,000 plastic bottles are being bought across the world every second then – put brutally – what is the point? Isn’t it like using a peashooter on a charging elephant? Wouldn’t my time be far better spent joining a pressure group and becoming an activist to initiate some fundamental change?

The answer, according to Jon Alexander of the thinktank and consultancy New Citizenship Project is that I can jolly well do both.

“You have to do the equation of what will have the most impact and that will always be a personal decision,” he says. “As long as your response isn’t: ‘I’m not going to do that because there’s no point.’ That’s a kind of juvenile sulk rather than mature engagement. Small actions do matter and taking responsibility for your role in society is a deeply important step.”

Is it all down to individuals though? I wonder whether corporations and governments like framing, say, recycling as an individual choice because it makes us less likely to turn on them?

“Maybe,” says Alexander. “I think of it as a triangle between business, government and people. For quite some time there’s been a standoff: each group has been saying to the other: ‘It’s down to you.’ So that’s why we need small actions from people. And, we need to remember that people are businesses and people are government.”

For him, it starts with seeing yourself as a citizen, whether in your workplace or your community, rather than as a consumer. “But that private sphere is just the beginning. It’s only when individual behaviour is supported by the story that organisations and institutions are telling us about ourselves that we’ll really be able to inhabit something new.”

Food for thought. What do the academics say? Vanessa King is a positive psychology expert and author of 10 Keys to Happier Living.

“The research definitely shows that small actions can make a difference both to ourselves and others,” she says. “If people do six extra acts of kindness on one day, that increased happiness and the effects of those acts on the person has been shown to last for six weeks.” 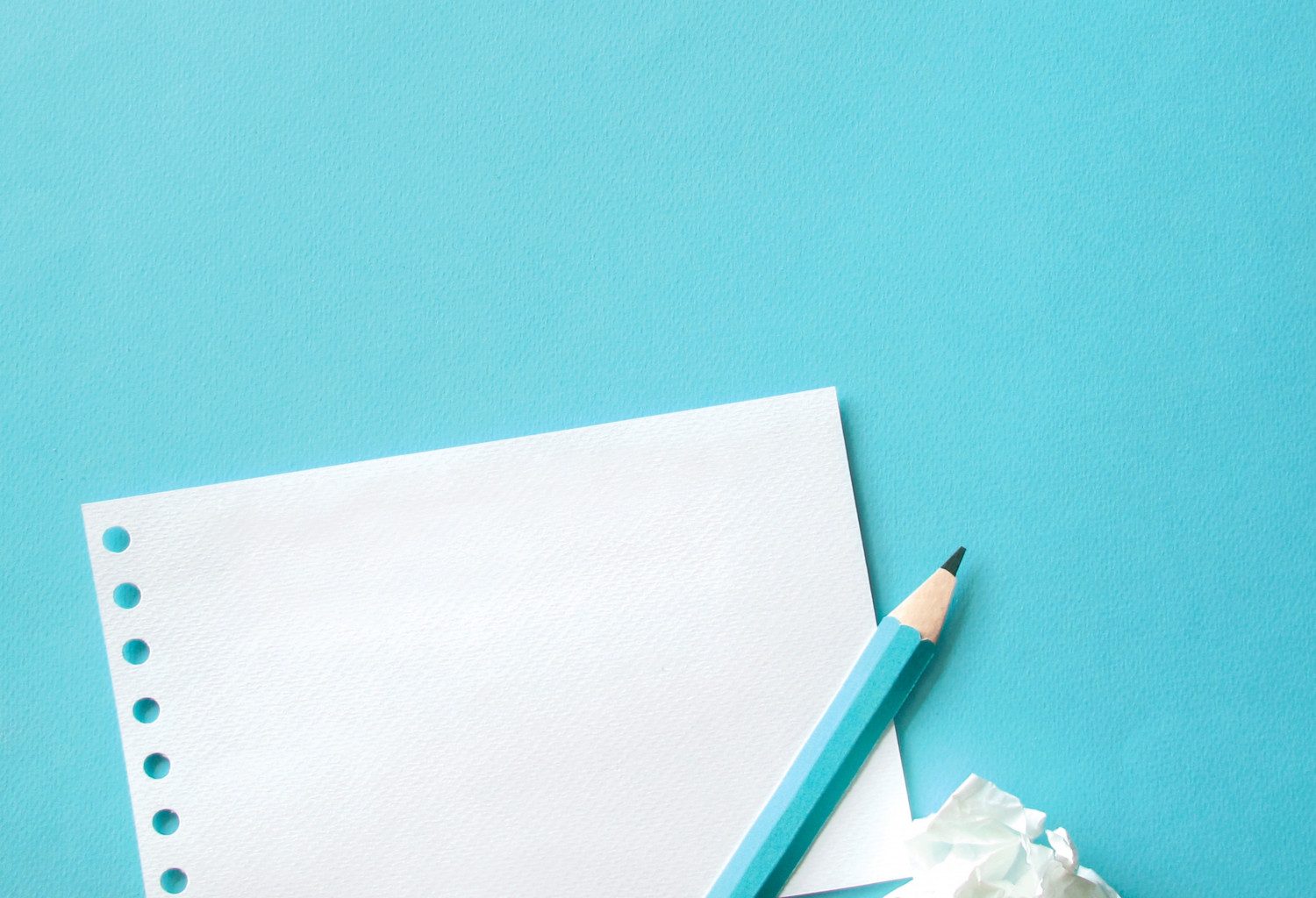 Pro-social behaviour has been linked to improved morale, self-esteem, happiness and wellbeing, and it could reduce depressive symptoms too.

“Research shows that happier people are more likely to do things for others, and that has a contagion effect,” says King. “We know that people doing good deeds send ripples out to other people and that’s shown to be statistically significant. The expression ‘Do to others as you would have done to you’ really does hold true.”

King consciously tries to act kindly every day. “One way is just to give people the benefit of the doubt. If someone upsets me or is rude, I try to think: ‘They might just be having a bad day’. It can make a world of difference.”

Returning to the letter I sent, a surprising thing happened. While it had no effect at all on my friend, his partner saw it lying on a chair and it encouraged her to write to a relative who she hasn’t seen in years. That small act did make a difference after all. 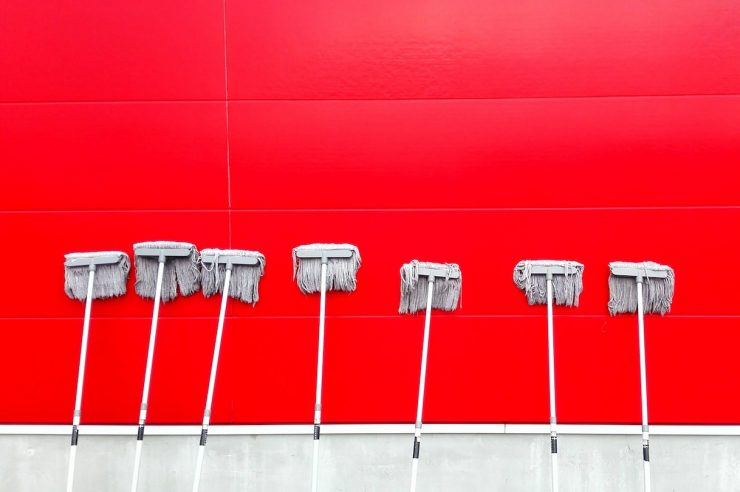 Small is beautiful: 10 pro-social acts that could make a big difference Can seemingly small acts of kindness create a 'ripple effect' toward wider change? Here are 10 ways to make an impact where you live... Society