Three wise women: female founders who inspired us in 2021

Kris Hallenga, Josephine Philips and Hattie Hasan stood out among the women featured in Positive News magazine this year, by turning three great (and very different) ideas into reality

Kris Hallenga, Josephine Philips and Hattie Hasan stood out among the women featured in Positive News magazine this year, by turning three great (and very different) ideas into reality

We looked back at the four uplifting issues of Positive News magazine published this year and picked out three of the women we featured who inspired us the most. Here, we recap their stories to help inspire you for 2022.

When we spoke to her for the first issue of Positive News magazine of 2021, Kris Hallenga was in a reflective mood. It was then 12 years since she was diagnosed, aged 23, with terminal breast cancer and given just two and a half years to live.

Hallenga told us that she credits her longevity to excellent medical care, a concoction of new and not-so-new drugs, the love of friends and family, and, most importantly, an abiding passion for life.

Much of that passion over the last decade and more, she has poured into CoppaFeel!, a cancer awareness charity that Hallenga set up just three months after her diagnosis. Its mission is simple: to talk boobs. Or, more accurately, boobs with lumps. Schools, music festivals, social media platforms; CoppaFeel! takes its message to young people wherever they are, however it can.

Behind the serious message of the 17-strong CoppaFeel! team, there’s a refreshing irreverence to much of what they do. “Spreading the boob love,” is how Hallenga sums up their strategy. Compared to the usually sober world of medical charities, their upbeat tone helps to set CoppaFeel! apart. It also resonates with their target audience, who, like many of the staff, are primarily young adults. 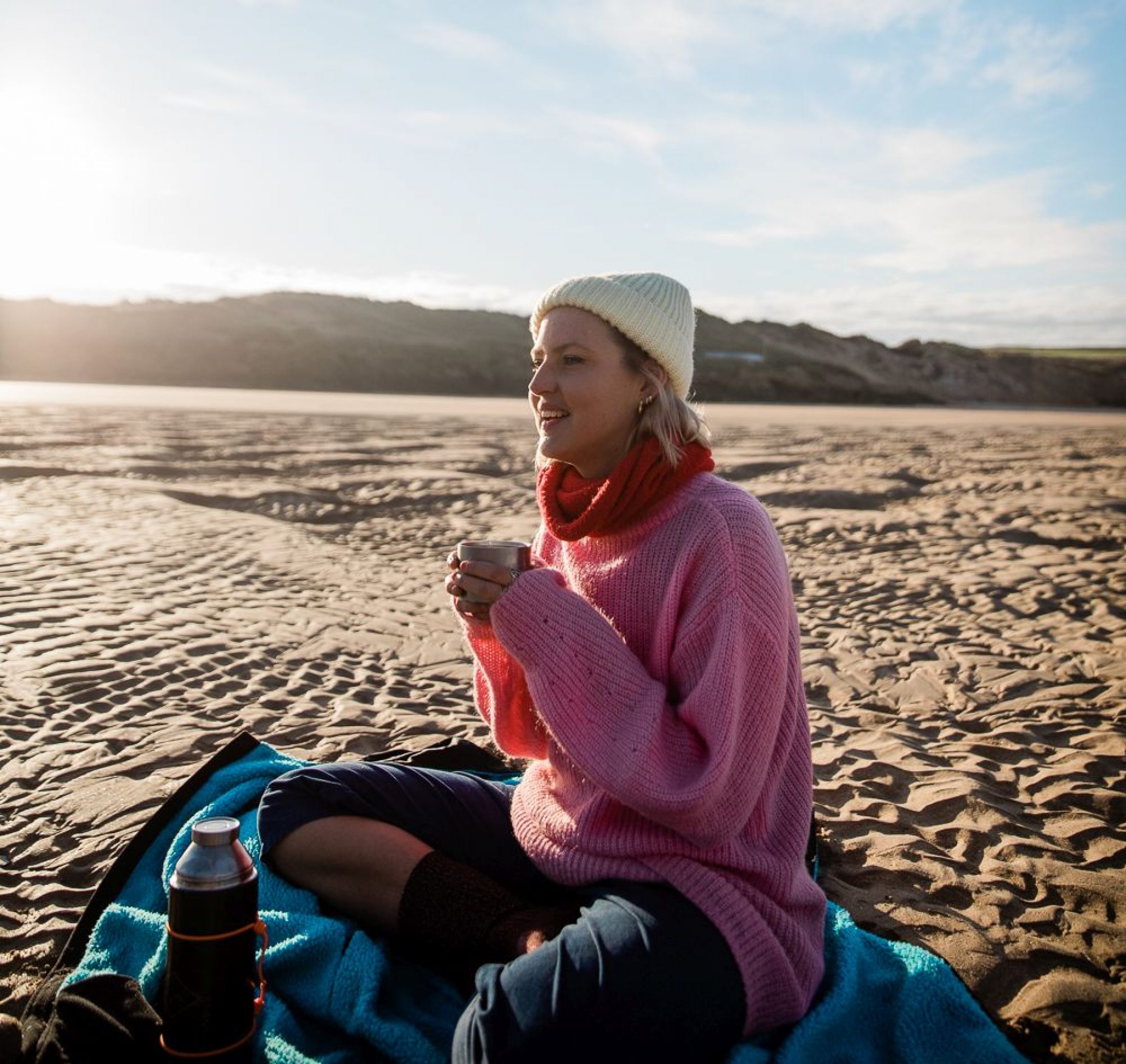 This summer, Hallenga released her first book, which has a characteristically tongue-in-cheek title – Glittering a Turd. (Her Instagram handle is @howtoglitteraturd). One revelation Hallenga has arrived at is coming to see that it isn’t the metaphorical turd that made her great. Her ‘greatness’, for want of a better term, was always within her.

“What I mean is that I hope that there was something within me that would have powered me to create something special and do something extraordinary with my life even without cancer. It shouldn’t take cancer to do cool shit, I guess,” she said.

I want us to find our superpowers, our strengths, our ‘big-ness’ without a terminal illness

Hallenga reflected that cancer has helped her to be “cheered from the sidelines”, “to be allowed to be me”, and she urged everyone to seize the chance to do the same.

“We’re more proud of people who’ve achieved through pain and suffering than those who are just being unapologetically loud and proud and brilliant and wise and happy,” she said.

“So, I want us to find our superpowers, our strengths, our ‘big-ness’ without a terminal illness. I am giving everyone permission to exist fully without cancer. Without turds. Just glitter.” 2) The woman on a mission to make our clothes last forever: Josephine Philips

Like so many innovations, it was personal need that led to the creation of the Sojo app. Founder Josephine Philips a 23-year-old graduate, wanted some of her clothes repaired and tailored, but her sewing skills weren’t up to it.

“I found that going to a seamster was too much time and effort, which meant I never got round to doing it,” she told Positive News. “Sojo was created to solve this.”

Users enter their postcode, choose a local seamster and the service they need and await collection of their garments by a bike courier. The clothes will be returned within five days, ready to wear. Sojo has mainly focused on London to date. Around two and a half years ago, Philips made a conscious decision to try to avoid fast fashion. Before becoming aware of its often-unethical supply chains and its environmental impact, she admits she was an “avid” consumer.

“But once I realised that shopping from these big brands didn’t align with my feminist values – their business success was built off the back of the exploitation of majority women of colour garment workers – there was no going back.”

Once I realised that shopping from these big brands didn’t align with my feminist values, there was no going back

It is the first professional foray for Philips, whose previous experience consisted of waitressing, and interning at Depop.

Since launching, Sojo has pivoted its approach somewhat to focus on powering repairs and alterations for brands, so that companies can up their circularity and sustainability games.

Explains Philips: “We started by partnering with secondhand retailers Beyond Retro and Traid in September in 15 London stores, and then in the last couple of weeks we’ve launched our first e-commerce partnership with fashion brand Ganni. It’s currently in a London pilot stage but we’ll be expanding to rest of the UK in January and also other European countries next year. We also have other brand partners in the pipeline for the new year.”

Sojo has attracted significant investment since we first reported on it too: a first investment round of £300,000 closed with the likes of Simon Beckerman, the founder of Depop, becoming involved. Sojo also won the Santander X Entrepreneurship competition and received £75,000 in equity-free funding.

3) The brains behind the UK’s first ever all-female tradespersons register: Hattie Hasan

A digger operator in Yorkshire, a tree surgeon in the Midlands and a stonemason in Scotland are among the experts to feature on a national register of tradeswomen, which launched in March thanks to Hattie Hasan. “We were featured win our first week on BBC1’s Morning Live and this resulted in our phone (quite literally) ringing off the hook!” says Mica May, who also works on the project.

“Women are scared to allow tradesmen into their home, not only out of fear of the men themselves, but because of the reaction of their abusive partner if they talk to the tradesman or offer him a cup of tea,” she told Positive News. “Being able to access a register of certified, fully qualified tradeswomen is one way they can take back some control.” The UK’s first register of tradeswomen launched this spring. Hattie Hasan is pictured on the right

According to plumbing accreditation body WaterSafe, nearly a third of women would prefer a female plumber to work on their home. Reasons cited included feeling safer, being less likely to be patronised, and trusting another woman not to rip them off.

Being able to access a register of certified, fully qualified tradeswomen is one way they [women experiencing abuse] can take back some control

Hasan and her team already have more than 100 verified tradeswomen on their books and working away around the UK – and they are keen for more to register their interest. So far, most are plumbers and electricians, with painters and decorators close behind in number, then carpenters and joiners, with a few plasterers, car mechanics, general builders and roofers.

For safeguarding reasons, the National Register of Tradeswomen is not a searchable database – instead staff at the organisation personally assign verified tradeswomen to each job.

The register extends the work already being done by Stopcocks in training women in new skills to further their careers or set up on their own. There are also plans to launch a tradeswomen’s college and to train women to work specifically within the homes of vulnerable people who are experiencing domestic abuse.

In January, the team will run a DIY drop session in for survivors of abuse in West Yorkshire (people interested in attending should email mica@tradeswomen.uk to find out more). And, because of the rising interest from employers to increase gender diversity in their workforces, the team has just launched an Opportunities website so that women can find about employers that may be seeking their skills. 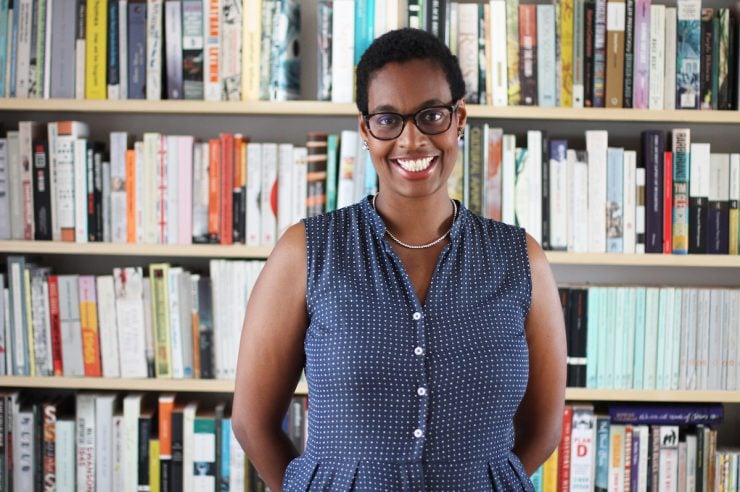 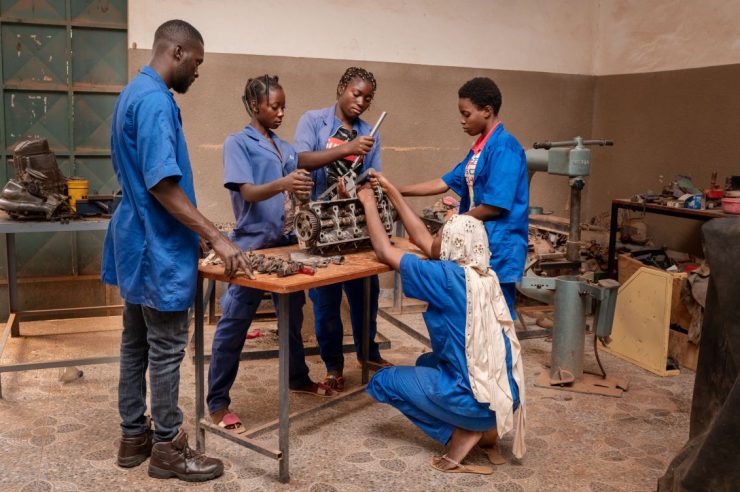