The cycling revolution: 8 ways bikes have changed the world

In a month that marks the 95th year of Bike Week, we reflect on the influence bicycles have had on all aspects of society

In a month that marks the 95th year of Bike Week, we reflect on the influence bicycles have had on all aspects of society

The bike is 201 this year and much has changed since the first cyclist took gingerly to his wheels. There are now almost 1,000 cycle sharing schemes around the world, for example. Mass cycling could save the NHS £17bn in 20 years, avoid 500 road deaths a year and help to reduce smog, according to a study for British Cycling.

From infrastructure to emancipation, media to innovation, bikes have helped change our lives and outlook. We round up eight world changing bike movements.

Londoners got on board with the ‘Boris bike’ almost as soon as the bike sharing scheme was launched in 2010: one million journeys were recorded in a matter of months. But bike sharing is not a new concept. The first recorded scheme dates back to 1965 and the Dutch White Bicycle plan. Devised by Luud Schimmelpenninck, part of the Provo anarchist movement, which encouraged radical new ways of living, 50 white bikes were distributed – unlocked – around Amsterdam for anyone to use.

The only problem? Leaving a bike unlocked was a criminal offence, and the police soon cracked down. Provo retaliated by adding locks and painting the code on the frame, but the scheme failed to take off. Today, it is seen as the seed from which all other bike share programmes grew, including the first coin deposit system launched in 1991 in Denmark. Today, more than 1,000 cities have some sort of shared cycle programme, with an increasing number now investing in the dockless variety, which can be found and unlocked using a smartphone. 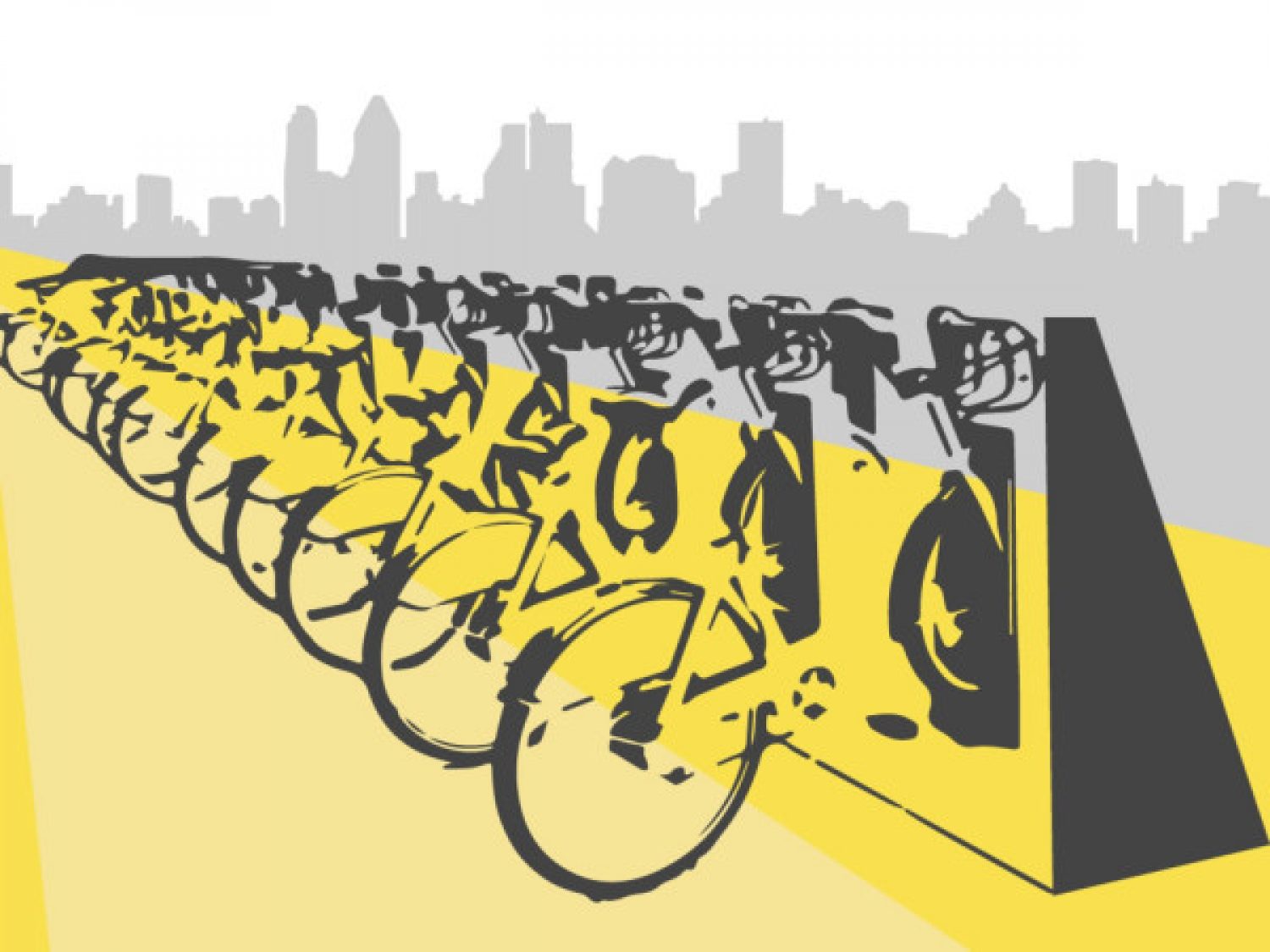 2. Turning the wheels of feminism

The last decade of the 19th century was a golden age for the bike, with its popularity rising among men and women alike. The introduction of the ‘safety’ bike – chain-driven with equal-sized wheels – coincided with a rise in feminism and helped to break down gender barriers, although clothing presented something of a problem. Victorian dress was notoriously restrictive and in 1881 the Society for Rational Dress was formed in London, opposing tight corsets, high heels and impractical skirts.

Not everyone approved of the dress or the bike riding, but in 1893 Tessie Reynolds made history by cycling from Brighton to London in 8.5 hours wearing pantaloons, a shirt and coat. More women followed suit, with divided skirts that allowed for easier mounting and dismounting growing in popularity.

US women’s rights activist Susan B. Anthony said in an interview with the New York Sunday World in 1896: “I think [bicycling] has done more to emancipate women than anything else in the world…the moment she takes her seat, she knows she can’t get into harm unless she gets off her bicycle…” 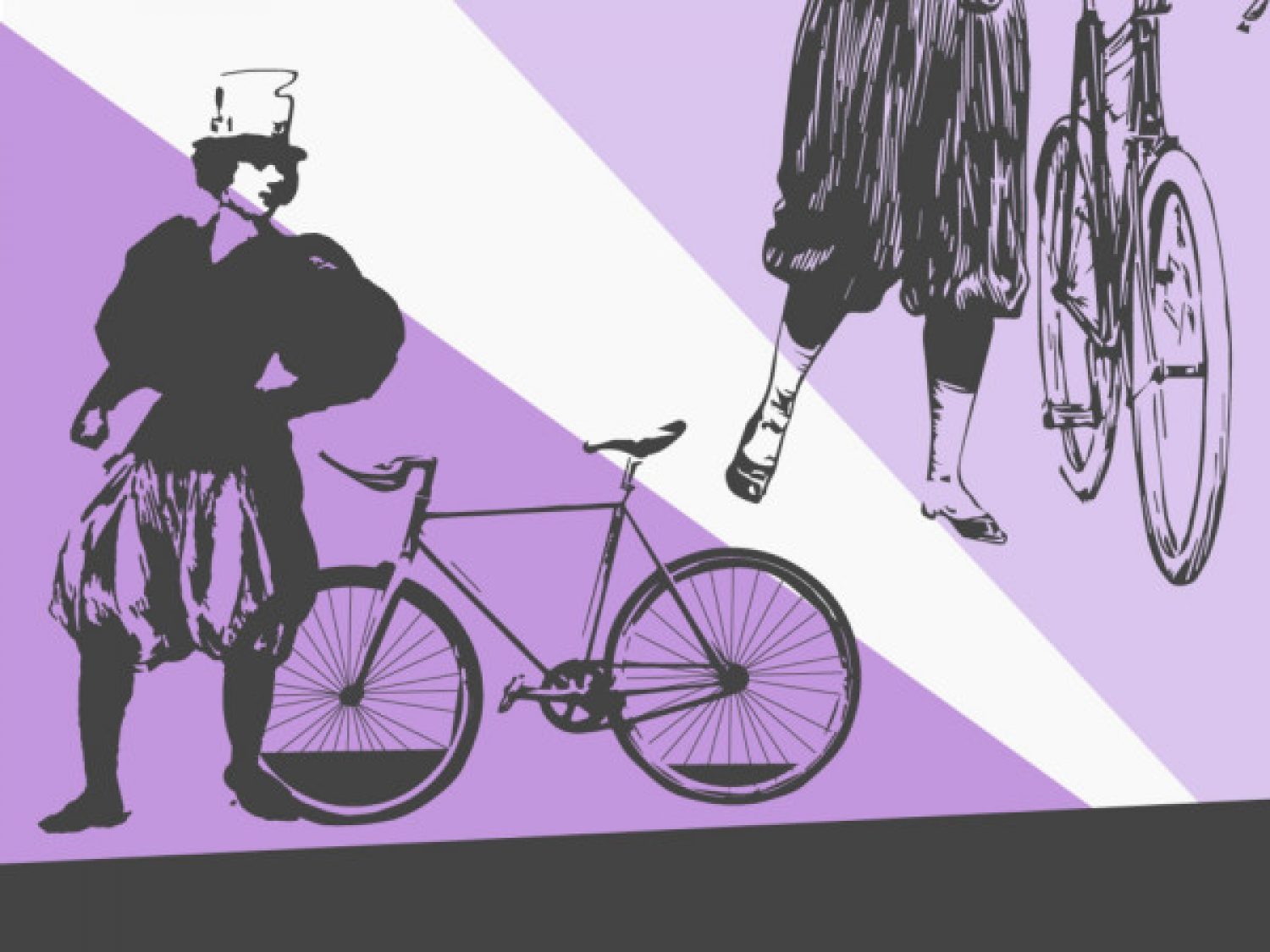 Established in the wake of the 2004 tsunami, World Bicycle Relief now helps poor, widely dispersed communities in Africa, South America and south-east Asia access affordable transport in the shape of its £95 Buffalo Bicycle. Each specially designed, locally assembled bike provides a child with a fast, safe means of getting to and from school. Since its inception, World Bicycle Relief has helped 126,104 students stay in education and estimates that every bike it donates has an impact on five people’s lives.

There is some evidence to demonstrate that giving schoolgirls bicycles empowers young girls, having a positive impact on pregnancy rates. World Bicycle Relief is now working on a study to assess the evidence more fully.

“The Buffalo Bicycle is the Ford of bicycles,” says Alec Seaman, World Bicycle Relief’s development director in the UK. “It’s basically the simplest design possible, which helps ensure less can go wrong and spare parts are both readily available and affordable, which makes our supply chain more cost effective and helps us to ensure the availability of low cost parts.” 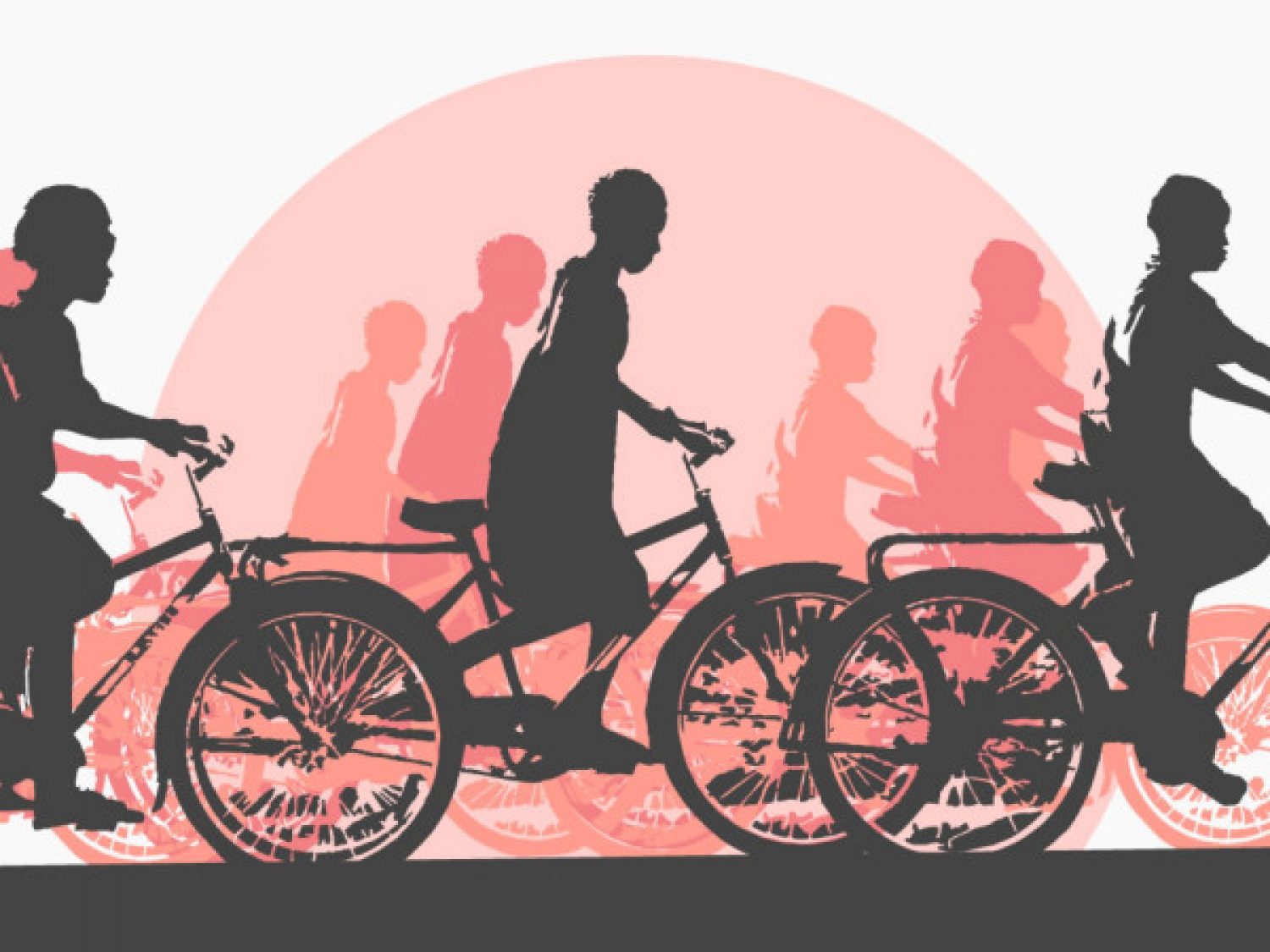 The British army was using volunteer cycle units as early as the 1880s, typically for reconnaissance and communication since a bicycle tended to be lighter, quieter and lower maintenance than a horse. By the start of the first world war, some 14 cyclist battalions had been raised and were initially deemed so important to the home front effort that none served overseas. In 1915, the battalions became the Army Cyclist Corps and recruitment posters went up squarely aimed at cycling fans and those with a passion for all things mechanical.

Eventually some battalions were sent abroad, with one particular group carrying out a daring raid on German ammunition wagons. The British were not the only ones to use bicycles in wartime. In 1937, Japan deployed around 50,000 bicycle troops in its invasion of China and most Polish infantry divisions in the second world war included a company of bicycle-mounted scouts. During the Vietnam war, bicycles that were reinforced to carry loads of up to 200kg were integral in moving North Vietnamese supplies along secret jungle trails. 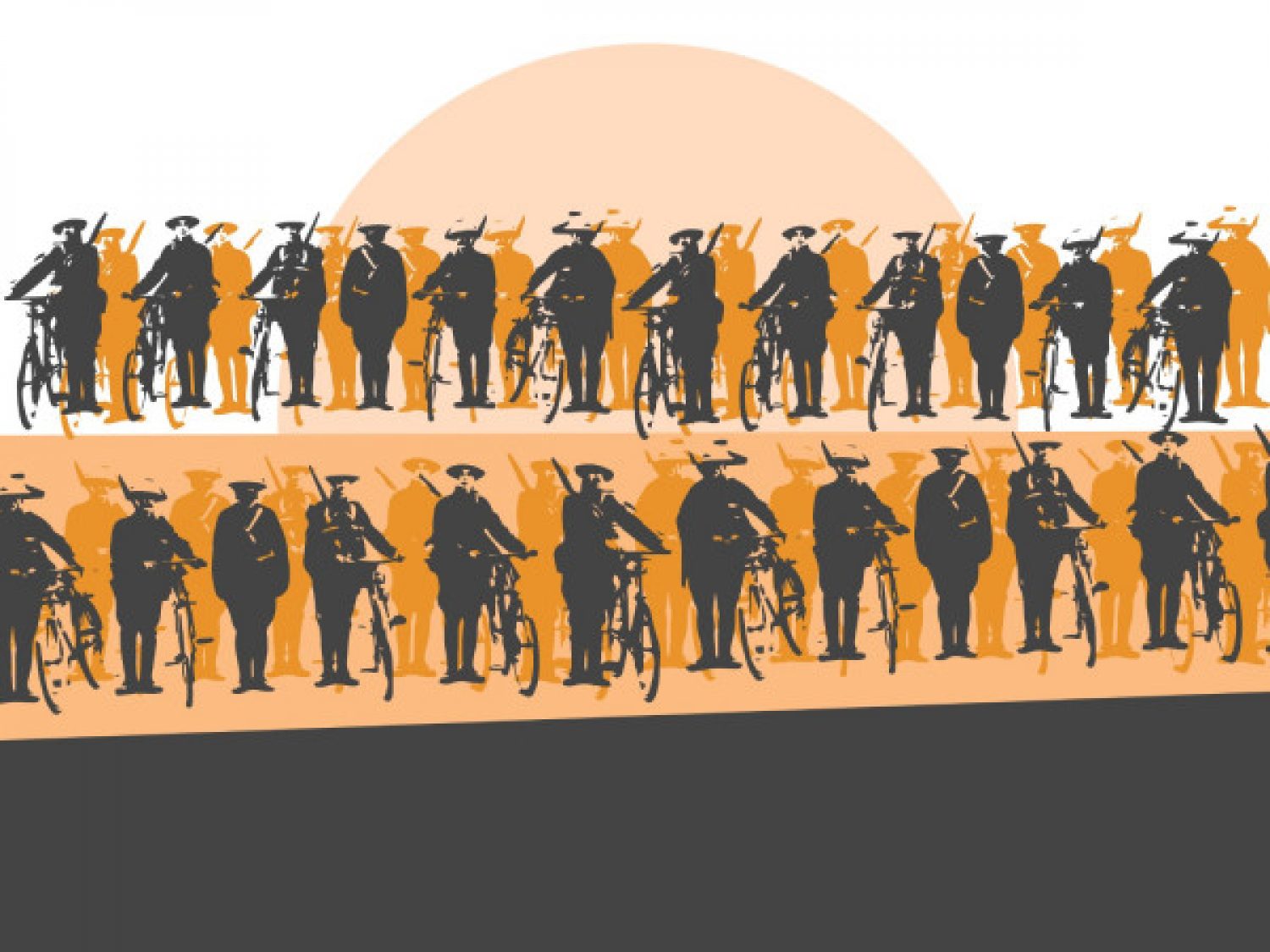 No other film has arguably made children want to get out on their bikes like E.T. did. BMX cycling was all the rage in the early 1980s and director Steven Spielberg brought in eight stunt riders to film the famous scene in which Elliot, E.T. and friends are chased by the police. All of the stunts were carried out on Kuwahara BMX bikes – made in Osaka, Japan.

When one of Spielberg’s assistants called the company to order 40 bikes, the person on the other end thought it was a joke and hung up. Luckily, the assistant persisted and E.T. bicycles would eventually become a huge sales hit. Universal Studios signed an exclusive licensing agreement with Kuwahara and the US distributor Everything Bicycles, owned by Howie Cohen.

After the film was released Kuwahara mass produced three types of E.T. bike and Cohen ended up taking orders for Elliott’s Model 3003 from more than 1,000 retailers. Among those inspired by what they saw on the big screen was Olympic gold medal-winning cyclist Sir Chris Hoy. 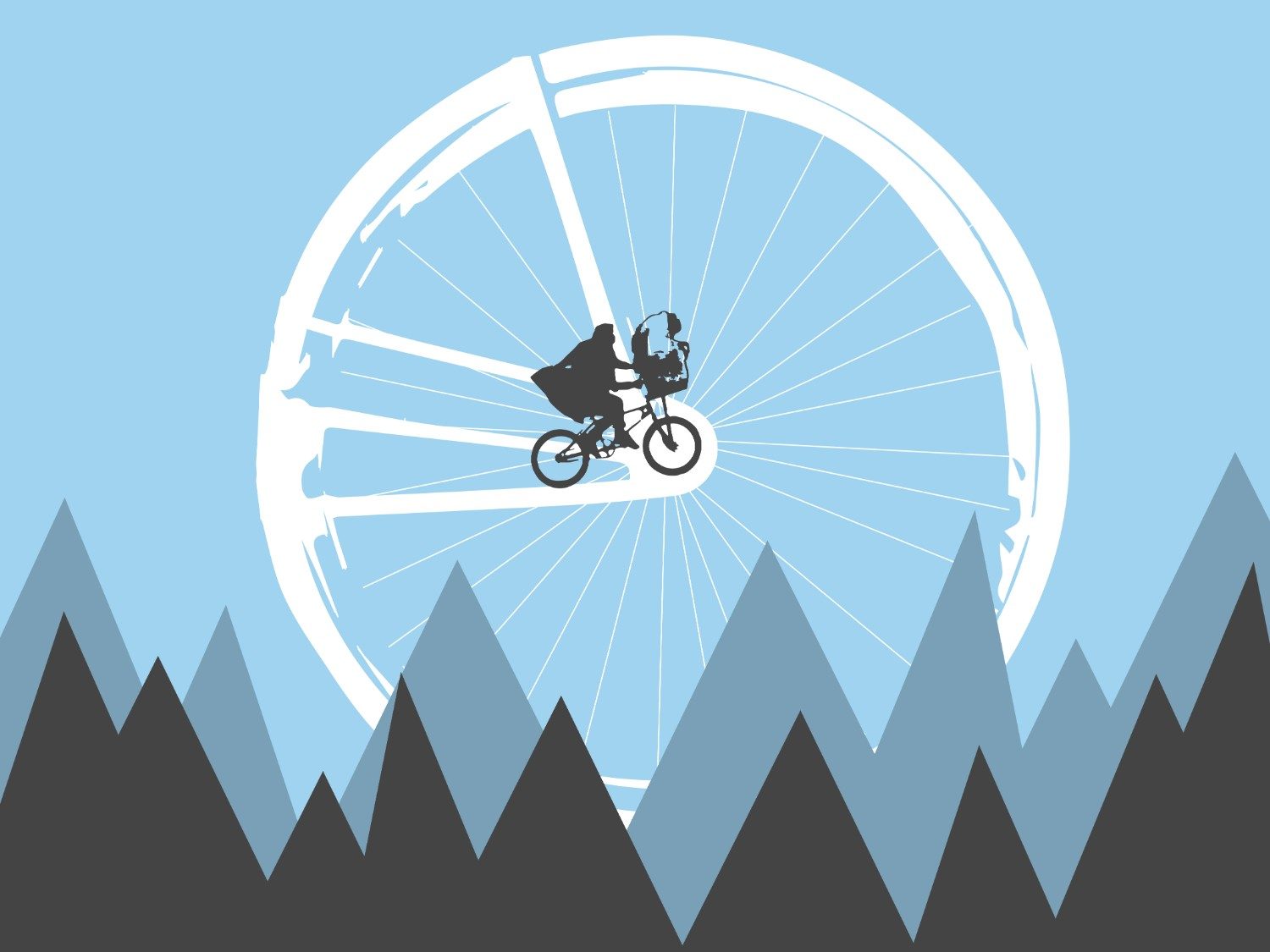 6. Roads as we know them

You’d be forgiven for thinking that smooth roads owe their existence to the rise in car use, but, it was, in fact, down to the growing popularity of the bike throughout the 19th century. In the UK, the railway had largely killed off the coaching trade, leaving British roads to crumble. However, the growing use of bicycles, particularly among the working class, led to an exodus from cities out into the suburbs. Cyclists began to travel longer distances and it was the UK’s Cyclists’ Touring Club (CTC) that first lobbied for safer roads and improved infrastructure.

According to the Department of Transport, for every mile of UK motorway there are 95 miles that were originally intended for non-motorised forms of transport, like the bike. By the 1950s, the car had become king of the road, but with renewed popularity in cycling over the past decade, coupled with concerns over air pollution and congestion, more and more cities are looking to create bike-friendly environments. 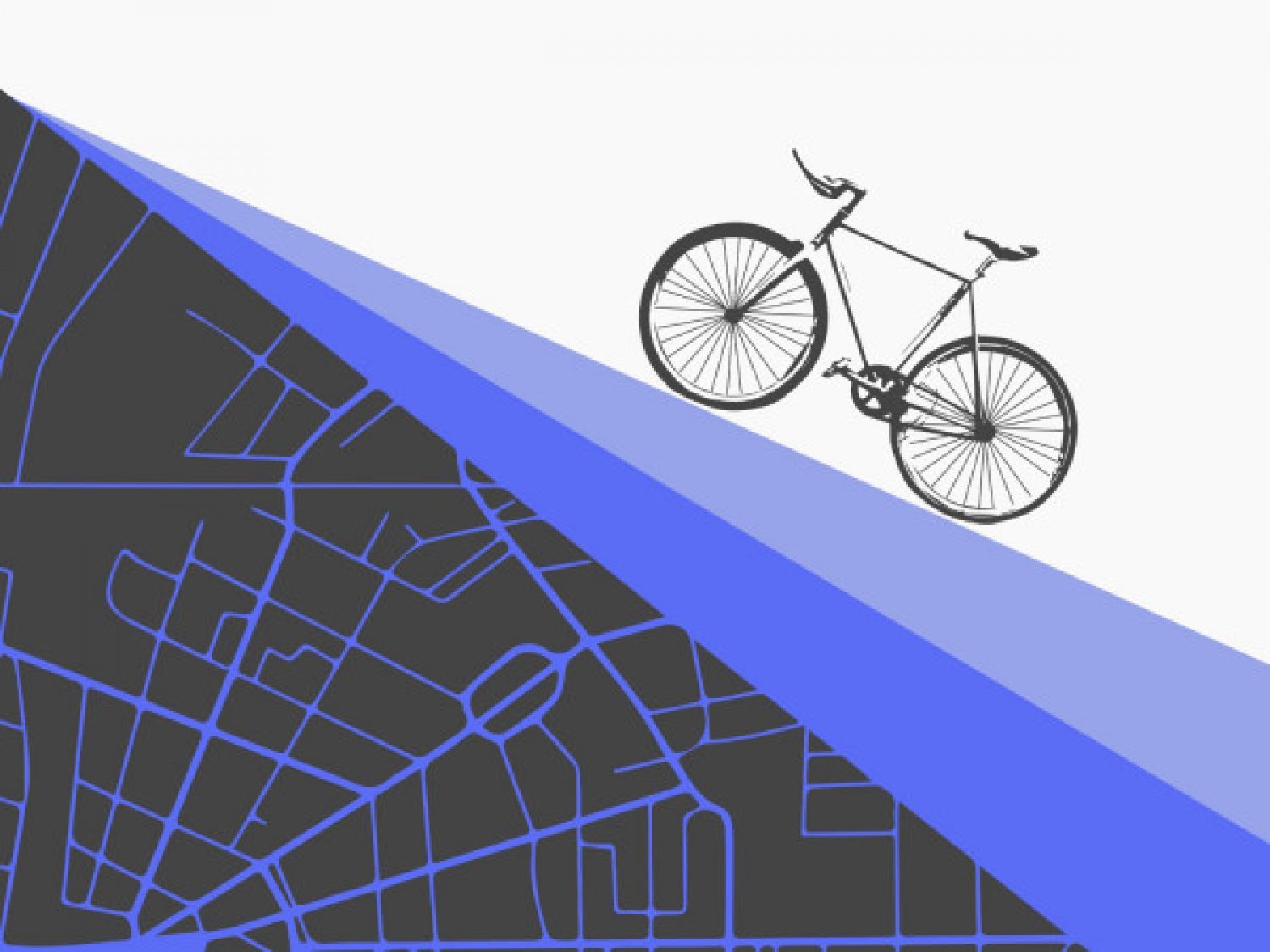 7. The power of flight

Most people know that the Wright brothers – Orville and Wilbur – were pioneers in aviation but they were, in fact, bicycle men first. They set up a successful repair, rental and sales business in 1892. While Wilbur was known for his love of long treks into the countryside, Orville was said to be a racer at heart. Their passion for two wheels lies at the heart of their flying experiments, using the profits from the Wright Cycle Company to finance their work.

Bicycle parts also featured in some of the early experiments, such as in 1901 when they hacked a St Claire bicycle to study airfoil design. They also built a six foot wind tunnel at one of their six repair shops and drew on several important cycling principles when designing their aeroplane, such as the importance of balance, the need for strong yet light structures and the chain and sprocket transmission system that enabled propulsion. The Wrights weren’t the only aviation pioneers with a passion for the pedals – Germany’s Otto Lilienthal was a cycling fan while American Glenn Curtiss also owned a bike shop and was a keen racer. 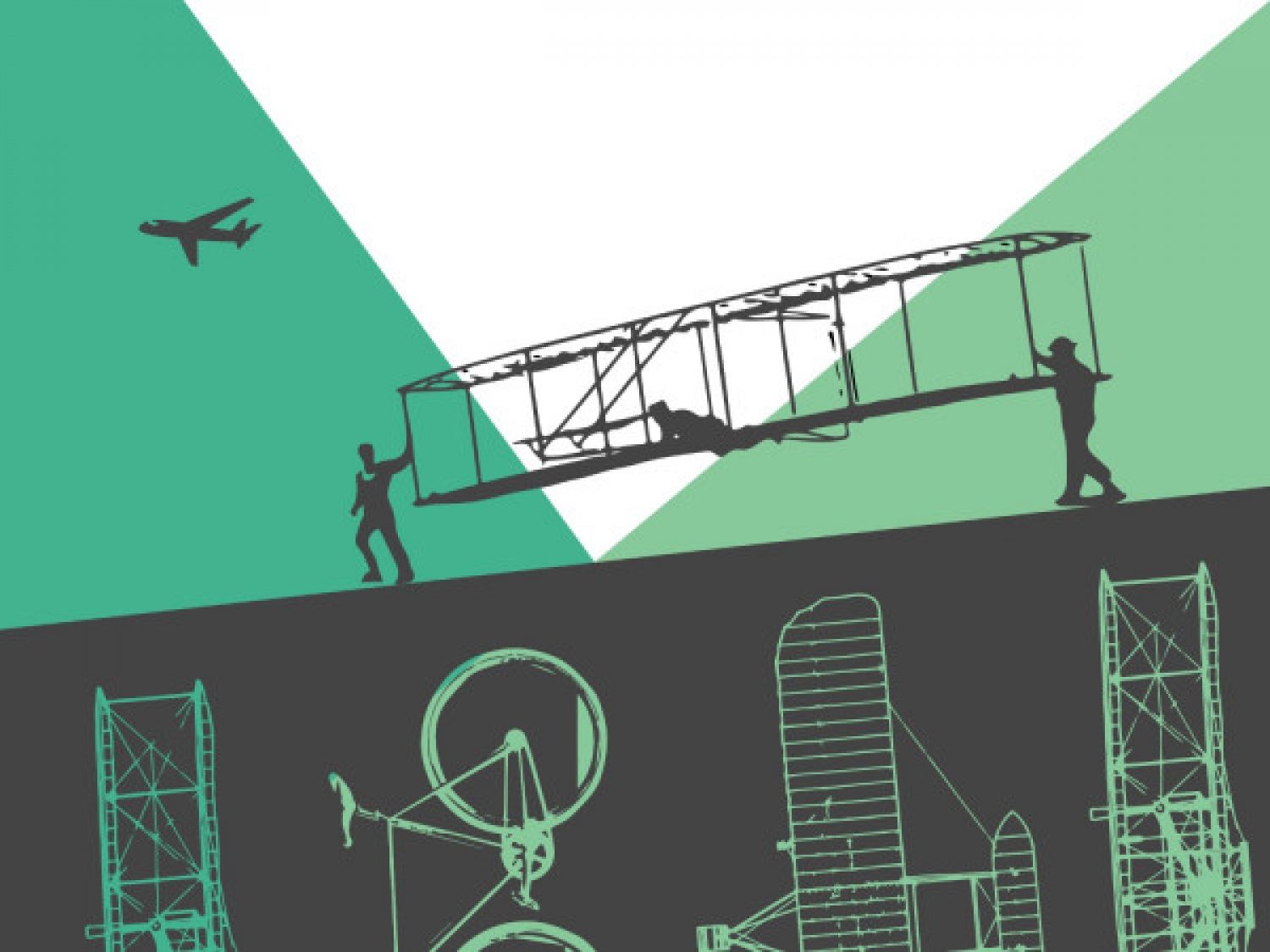 The idea of using bikes to deliver things is nothing new. Almost as soon as the pedal-powered velocipede was introduced in the 1860s people began to ferry packages about. In the second world war, it wasn’t uncommon to see lads who were too young for active service to become bicycle messengers, running important messages between air raid and civil defence teams. In the 1980s the bike courier was a ubiquitous sight on London’s streets and even now a courier can find themselves delivering anything from hard copies of legal documents to blood samples.

But, in the 21st century it’s all about delivering food. More specifically the rise of Deliveroo, set up in 2013, has radically changed the way in which we order our Friday night takeaway. Though controversial over its use of ‘zero-hours’ contracted staff, the company says it has helped restaurants that it partners with increase their revenue by up to 30 per cent while cutting delivery time by 20 per cent.

Information and images from Proviz 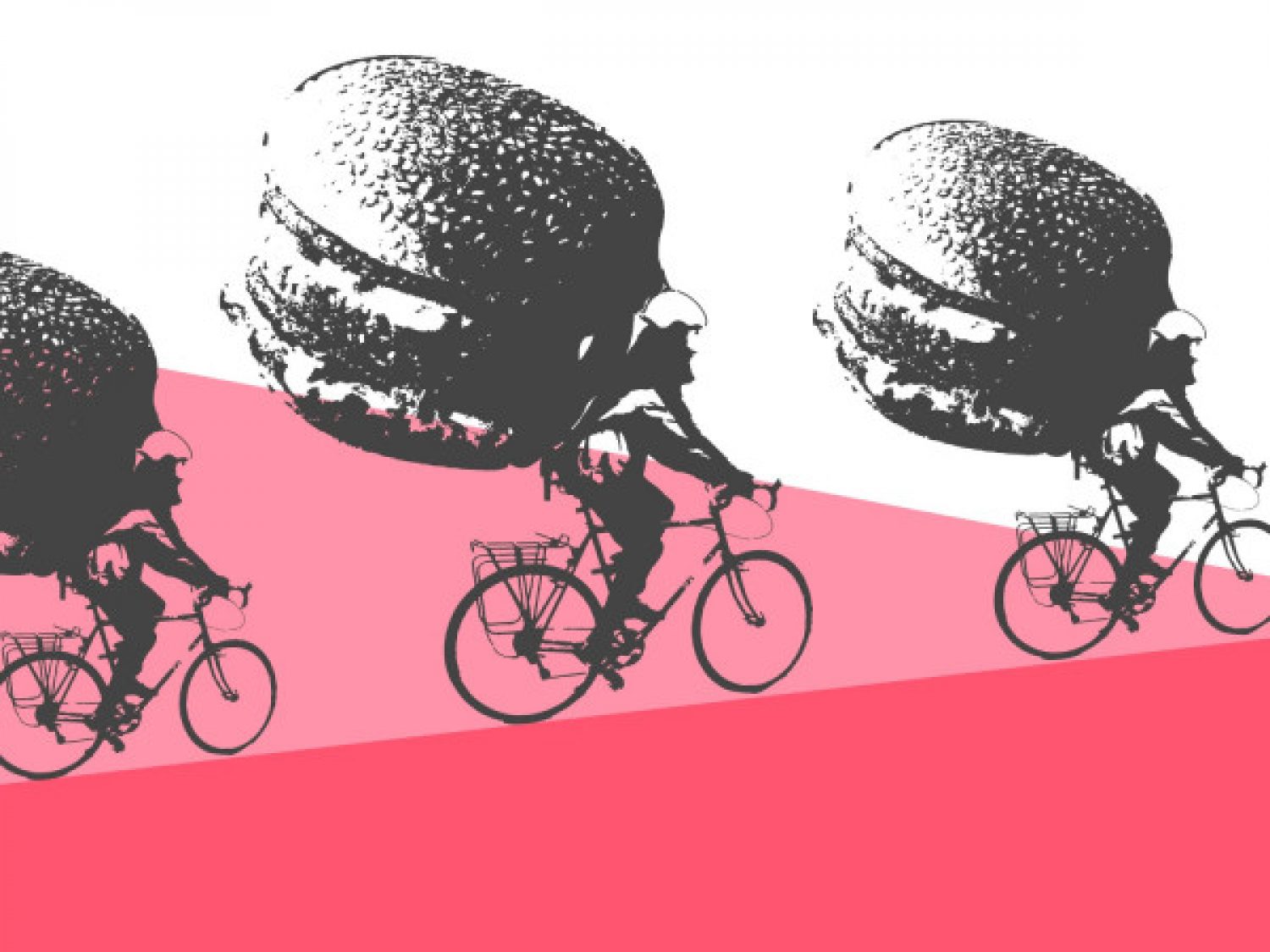