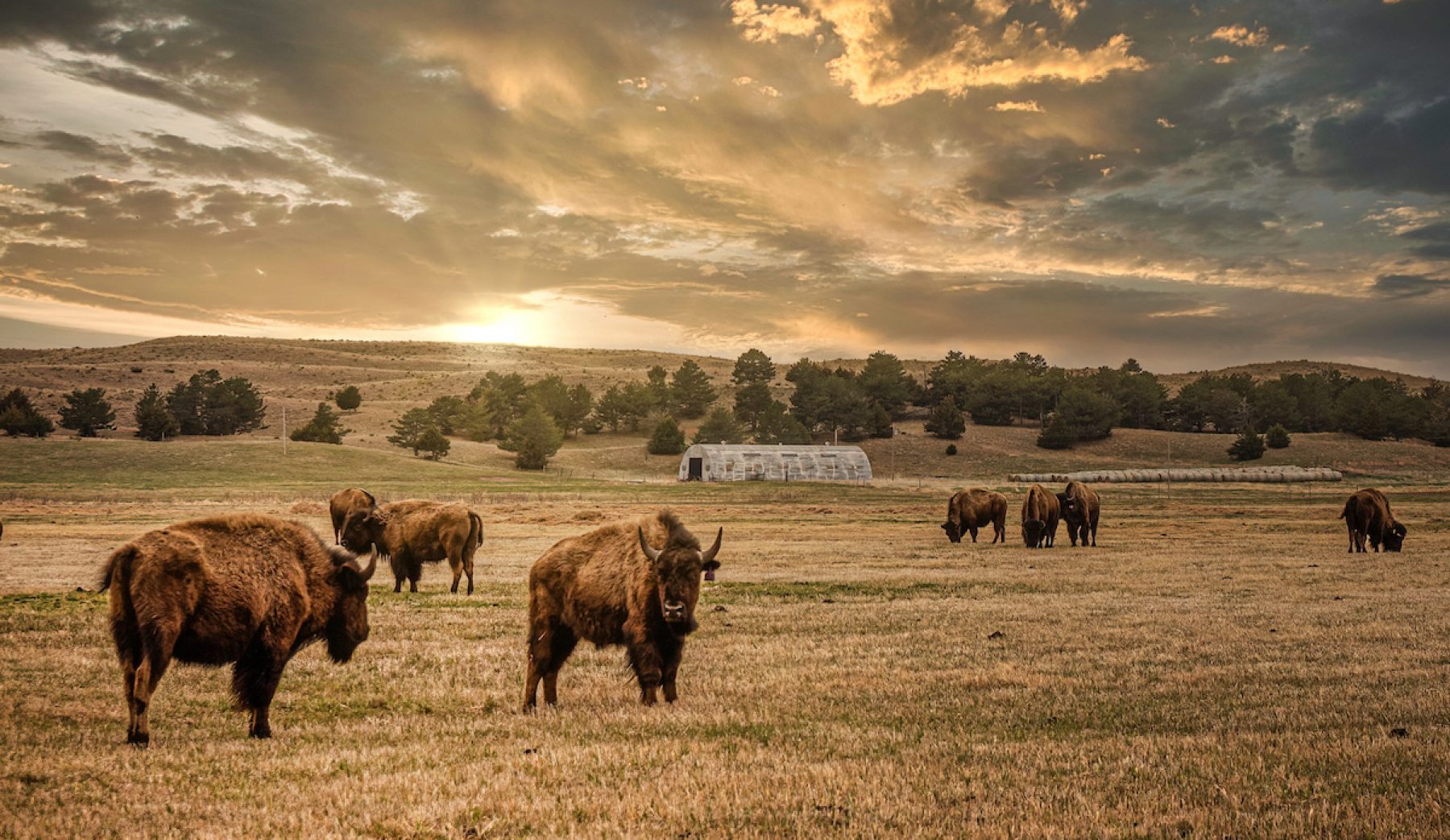 The US tribe bringing buffalo back from the brink

In the US, indigenous-led conservation efforts are boosting buffalo numbers, reviving a culture and feeding homeless people

In the US, indigenous-led conservation efforts are boosting buffalo numbers, reviving a culture and feeding homeless people

It’s two years since the Rosebud Sioux nation in South Dakota, US, began collecting bison on the Wolakota Buffalo Range. The herd now numbers 750 animals and the tribe hopes this will swell to 1,200 by 2023 – they want it to be the largest indigenous-owned bison herd in the country.

It’s part of a wider trend in the US. Motivated by tackling food shortages, reaching financial sustainability, restoring ecosystems and reinvigorating tribal culture, tribes now manage some 55 herds across 19 states, according to the InterTribal Buffalo Council.

“Wolakota is unique, because it isn’t just about taking care of the land, or creating jobs, or feeding our people, or bringing back our culture; it is about all of those things,” Clay Colombe, CEO of the Rosebud tribe’s economic development agency, told Positive News.

“Buffalo are central to who we are as Lakota. When we bring them back on to our land and into our lives, it heals and strengthens us.”

Millions of bison once roamed the US, but they were hunted nearly to extinction in the 19th century, when indigenous Americans were forced on to reservations, damaging a sacred bond. The cattle that largely replaced them often killed off native vegetation.

Now, US indigenous leaders hope Congress will help tribes return bison to their lands: the Indian Buffalo Management Act was passed by the House of Representatives in December and is awaiting Senate approval. 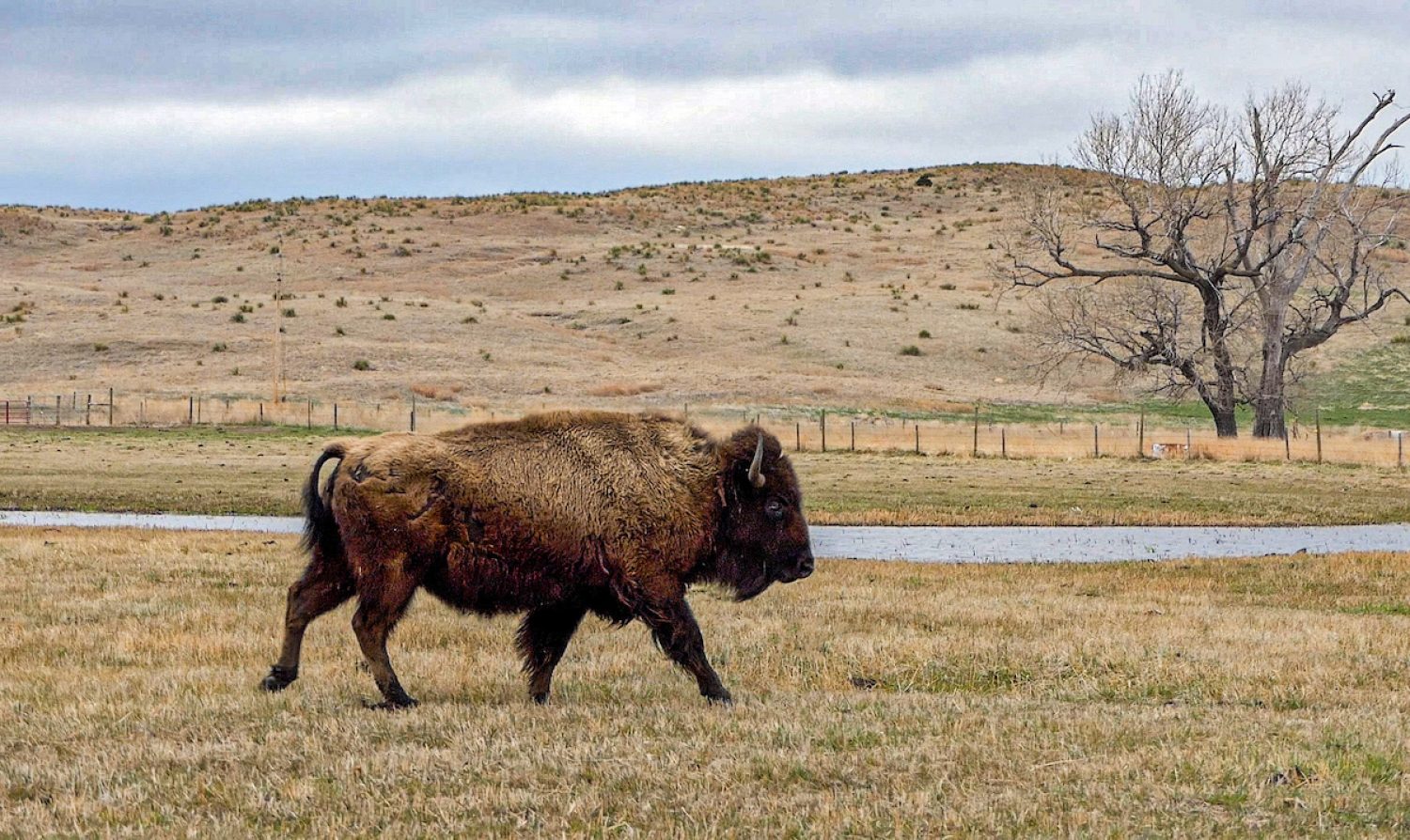 Millions of bison once roamed the US, but they were hunted nearly to extinction. Image: Zachary Straw

Colombe said he hoped the project would become an example of what is possible when indigenous- led ideas receive adequate support and funding.

“We want to inspire others – indigenous and non-indigenous – to go out and do something even bigger and more impactful,” he said. “We have been able to build the largest Native-managed buffalo herd in one of the poorest counties in the US. If we can do it here, projects like this can be done anywhere.”

World-first rewilding centre gets under way in the Scottish Highlands Ground has been broken on a new rewilding centre, which will be located on the 10,000 acre Dundreggan estate Conservation Environment Society UK 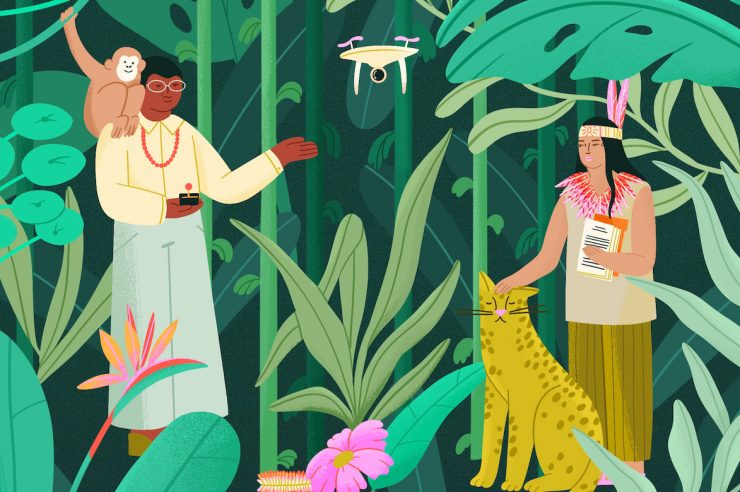