Out with pesticides, in with wildflowers

Tailored strips of wildflowers allow pest-eating insects to spread throughout crop fields, reducing the need for pesticides. We meet the team behind the trial that puts flower power at the fore

Tailored strips of wildflowers allow pest-eating insects to spread throughout crop fields, reducing the need for pesticides. We meet the team behind the trial that puts flower power at the fore

From swaying red poppies to electric blue cornflowers, these wildflowers snaking through a field in Switzerland are no picturesque accident. They form one of 100 strips planted through crop fields there in a bid to boost the natural predators of pests and so reduce the need for pesticides.

Tailored flower strips allow pest-eating insects to travel throughout crop fields, rather than being limited to the perimeter. In a similar project under way in England, flowers such as oxeye daisy, red clover, common knapweed and wild carrot have been planted on 15 large arable farms in central and eastern parts of the country. The strips will be monitored for five years as part of a trial – the first of its kind in the UK – run by the Centre for Ecology and Hydrology (CEH).

Achieving Sustainable Agricultural Systems is a five-year, £11m UK government research investment that brings together scientists and ‘industry innovators’ to work on ways to make farming more efficient, sustainable and resilient to future shocks. Using wildflower margins to support insects such as ground beetles, parasitic wasps and hoverflies has been shown to reduce pest numbers in crops and even to increase yields.

Because GPS-guided harvesters can now harvest crops extremely precisely, strips of flowers planted throughout crop fields can be avoided, leaving them as year-round refuges for insects. “Our research has shown that levels of natural pest control fall off rapidly from the edges of large arable fields. We hope that sowing flower strips through the centre of fields will act as ‘predator highways’ to bring the benefits of natural pest control into the field centre,” said Prof Richard Pywell, from CEH.

“The suite of conventional pesticides used by farmers to control pests and disease is becoming ever smaller. This reflects growing public and political pressure to reduce pesticide use due to concerns around harm to human health and the environment. This is coupled with an increasing number of pests becoming resistant to pesticides, and fewer new pesticides being developed due to the ever rising costs of discovery and development.”

It is therefore a good time, Pywell said, to rethink strategies for crop protection. “Effective and resilient future crop protection strategies will need to be truly holistic, requiring the integration of a range of control methods – fundamental to this should be promoting good background levels of natural pest control.” 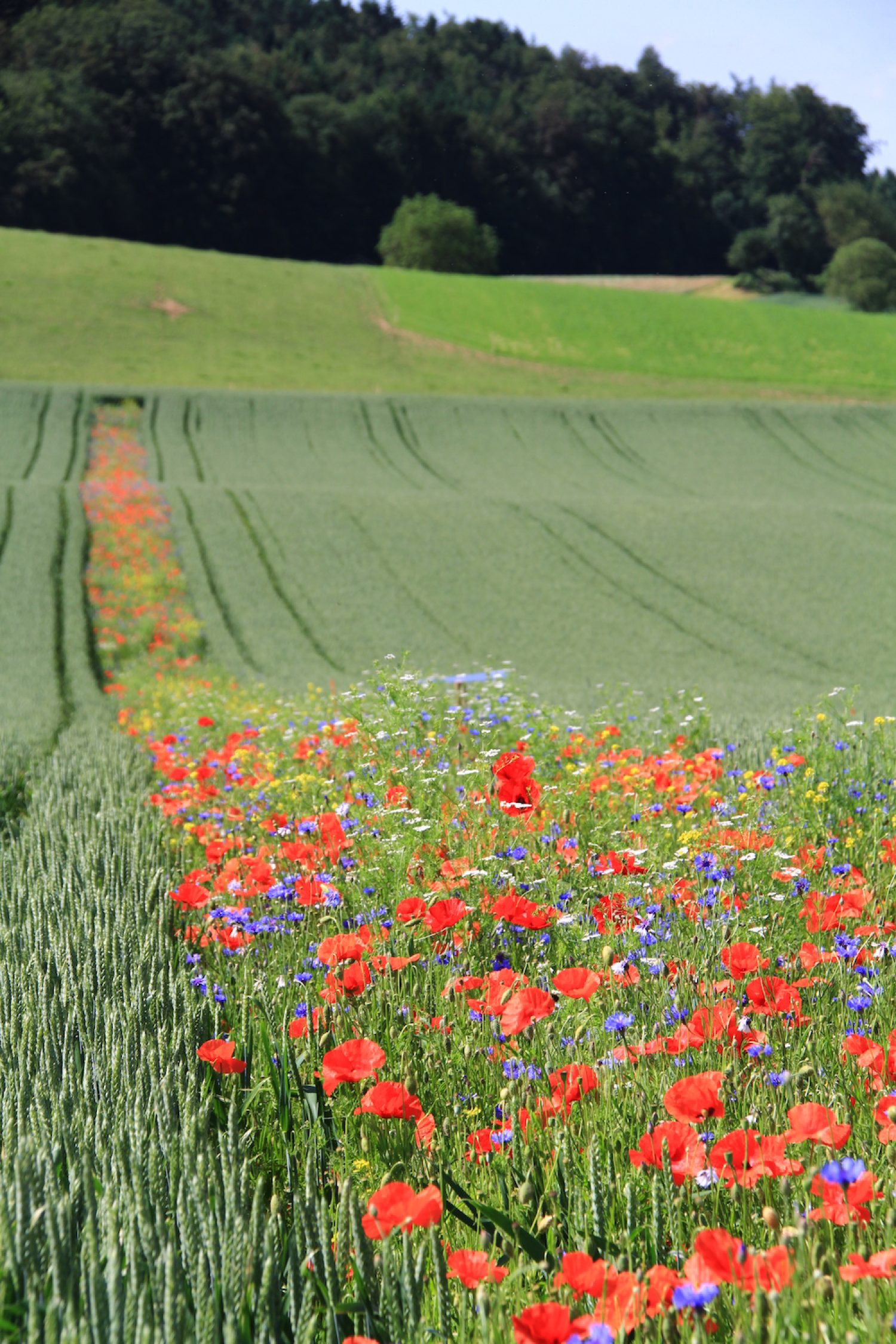 With an anticipated global population of 9.7 billion people by 2050, scientists are exploring how to grow more food with less environmental impact. Pywell and his team believe that the sustainable intensification of agriculture could be one solution.

“This is an unprecedented trial in terms of scale and will allow us to understand under what farming conditions and for what crops management options like this can be effective in delivering pest control,” he said. “Our goal is not to replace pesticides, but provide other management options that allow farmers to be less reliant on them.”