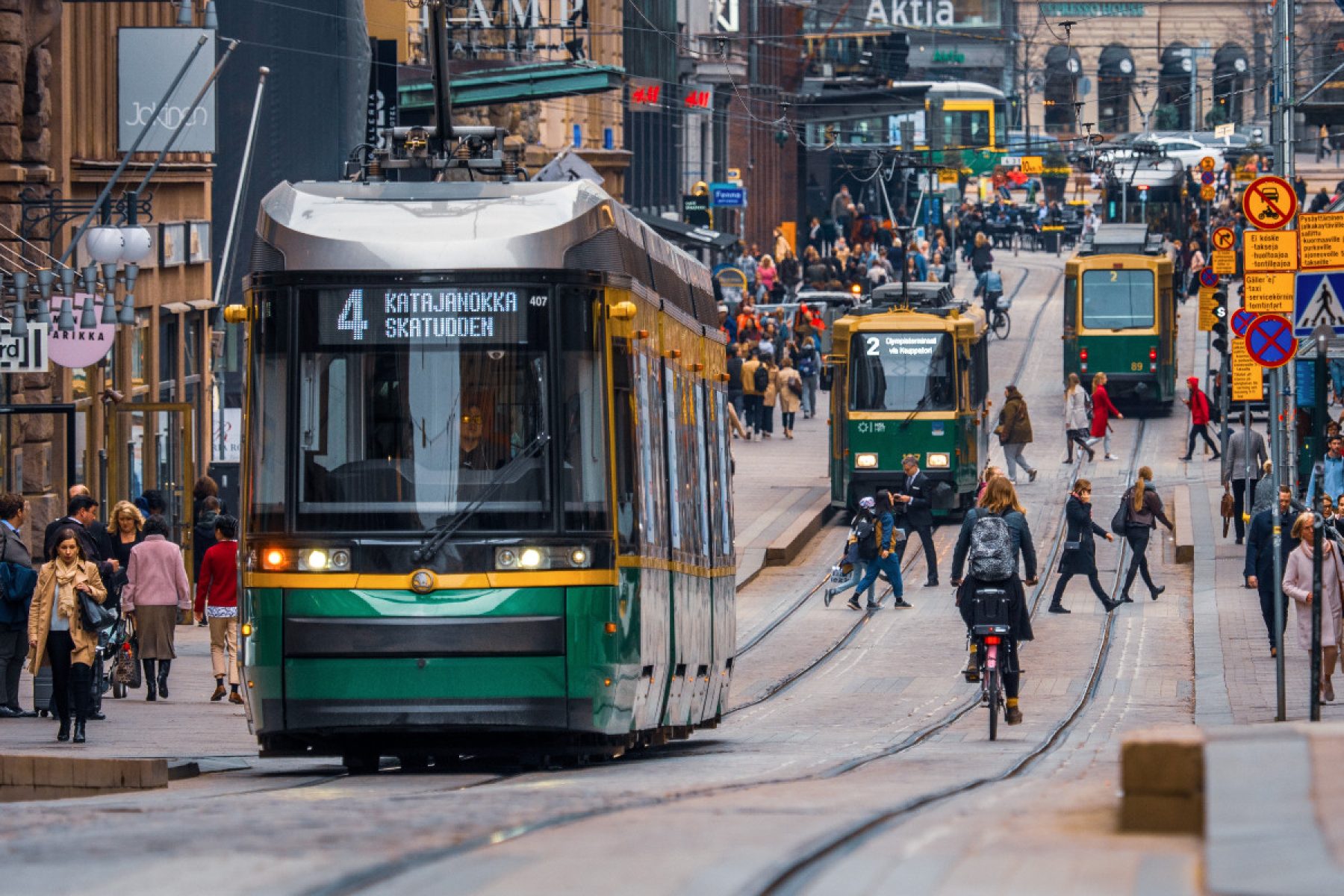 City officials in the Finnish capital, Helsinki, have launched a tool to encourage residents and visitors to reduce carbon emissions by choosing more sustainable options in areas like dining and transport

City officials in the Finnish capital, Helsinki, have launched a tool to encourage residents and visitors to reduce carbon emissions by choosing more sustainable options in areas like dining and transport

The ‘Think Sustainably’ app lists local businesses such as restaurants and hotels as well as attractions and public transport options, which have been ranked against sustainability criteria including waste management or energy-related emissions. It also features a route planner which shows users their CO2 emissions per trip, to encourage a switch to emission-free transport options.

The service was soft launched in June, the same month Finland’s government made its ambitious pledge to become a completely carbon neutral country by 2035. City of Helsinki, which created the service in collaboration with independent think tank Demos Helsinki, found two thirds of the capital’s residents felt the climate crisis was their main concern when it came to the future of the city. The organisation is gathering user feedback and plans to extend the programme in 2020.

“The shift towards carbon neutrality requires both major structural changes and everyday actions,” said Kaisa-Reeta Koskinen, the director of the City of Helsinki’s Carbon Neutral Helsinki Initiative. She cited recent research that suggests each Finnish citizen should reduce their carbon footprint from 10.3 tonnes to 2.5 tonnes by 2030 to prevent further climate warming.

“If one person in each of the 2.6 million households existing in Finland would reduce their carbon footprint by 20%, we would reach 38% of the goals set for Finland in the Paris climate agreement for reducing emissions,” she added.

The group behind the app also hope it will motivate Helsinki business owners to adopt more sustainable practices – such as switching to a renewable energy supplier or stocking locally sourced produce – in order to appear more appealing to users of the service.

Laura Aalto, chief executive of Helsinki Marketing, said the city is an ideal test-bed for projects that, if successful, could later be scaled up to bigger metropolises. “Helsinki is eager to experiment with policies and initiatives that would not be possible elsewhere,” she said. “The city is able to effect change in this way because of its compact size, well-functioning infrastructure and well-developed knowledge-economy cluster.

“Helsinki is not finished developing its sustainable policies but is ready to make systematic efforts, both big and small, which work towards achieving a more sustainable world, we hope that others can also learn from our experiments.”