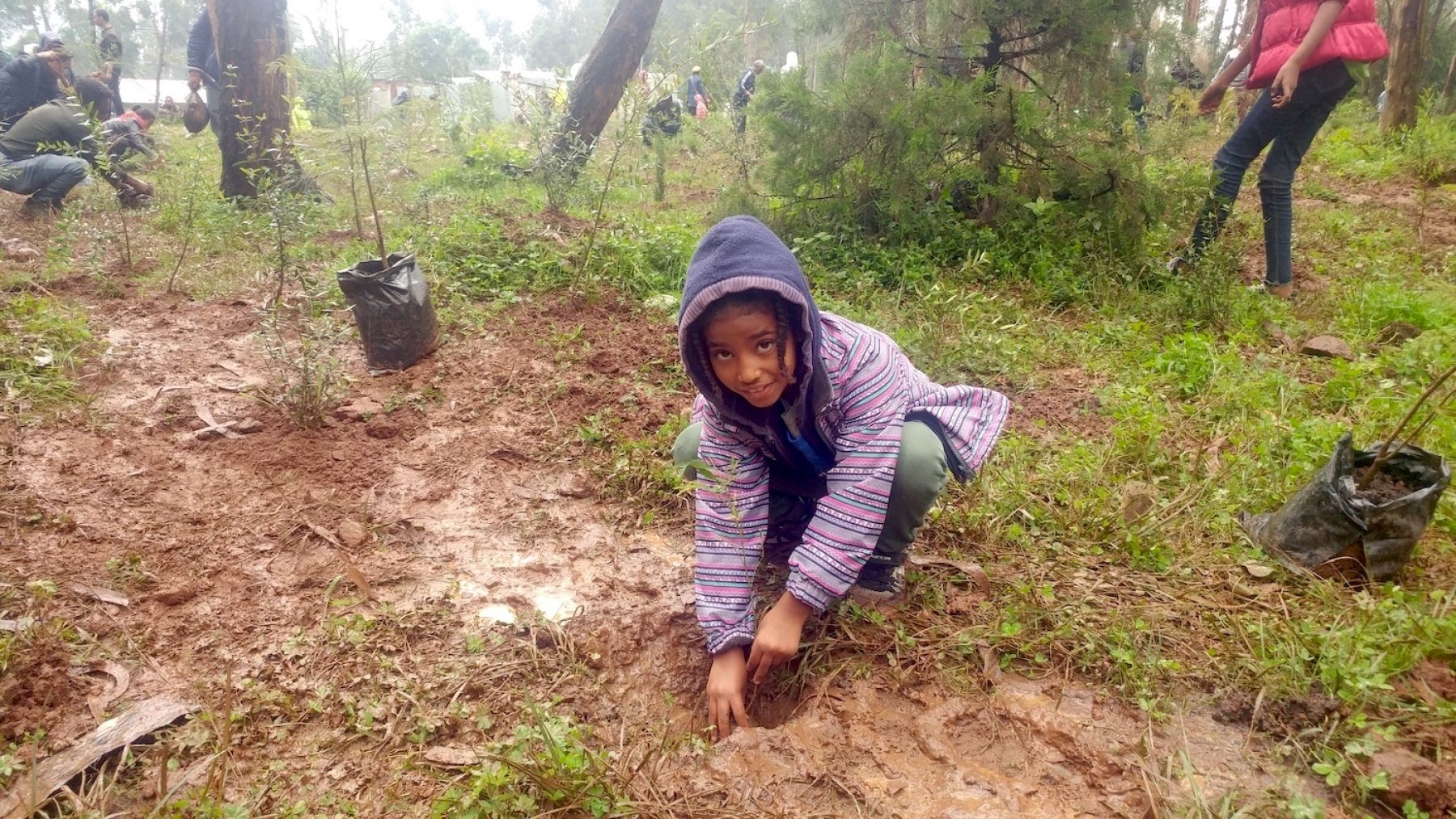 Communities across Ethiopia planted an estimated 350 million trees across the country yesterday, as part of a government-led project aiming to counter deforestation.

People across Ethiopia were encouraged to plant 200 million trees in a single day on 29 July, as part of prime minister Abiy Ahmed’s “Green Legacy” initiative, however the final number is believed to be much higher. Minister of innovation and technology, Getahun Mekuria, posted on Twitter on Monday evening the final tally had reached more than 353 million trees.

Government organisations and NGOs encouraged their staff to participate in the project. Trees were planted at more than 1,000 sites around the country. Rural poverty charity Send a Cow saw staff and participants at its Kutaber Developing Business Women project in northern Ethiopia take part in the campaign.

Meanwhile 82 volunteers from Send a Cow Ethiopia and Give Hope Ethiopia, a local NGO, planted ta total of 575 seedings at Millennium Park in Addis Abba as part of this national action.

“Billions of trees will need to be planted globally to capture the amount of carbon needed to slow climate change,” said Donald Mavunduse, director of international operations at Send a Cow. “Nevertheless, if we can all harness this community spirit and put the needs of the planet first, then we might actually make this tree-filled vision a reality.”