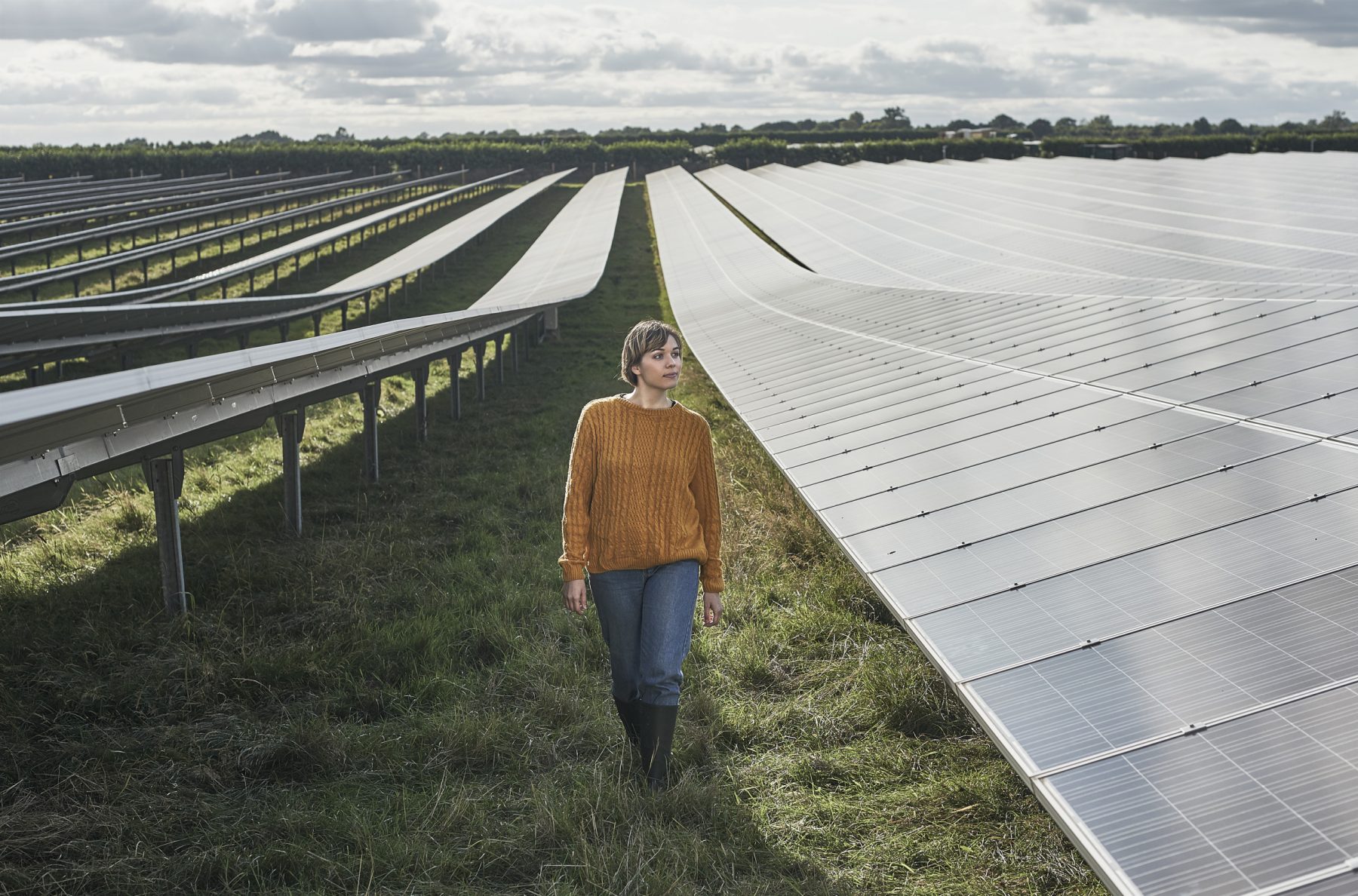 How to be part of the clean energy transition

A green recovery from the coronavirus crisis will require a rapid transition to renewable energy; a revolution that citizens can be part of by making some small but powerful changes

A green recovery from the coronavirus crisis will require a rapid transition to renewable energy; a revolution that citizens can be part of by making some small but powerful changes

Scientists believe it takes 66 days to break a habit. This spring, with the UK in lockdown, the National Grid went 67 days, 22 hours and 55 minutes without using coal-fired power.

Habit broken? Not yet. But with renewables delivering the lion’s share of the UK’s electricity in the first quarter of 2020, the green energy sector may have reached a tipping point.

“The majority of our power being delivered from renewables wasn’t something we expected to happen for another 10 or 15 years,” says Matthew Clayton, managing director of Thrive Renewables. “I think that’s knocked down a whole load of inertia and made people more confident that getting to the point where renewables are dominant is something that as a nation we have the infrastructure to do.”

Thrive is now calling on the government to reshape the UK’s energy system to meet the targets outlined in the 2015 Paris climate agreement. “With the right level of support, I believe it’s doable,” says Clayton. “We could get there sooner.”

In a report, Delivering a green recovery with UK renewable power, Thrive estimates that as part of the transition to clean energy, onshore wind, solar and hydro developments, could add £28.9bn to the UK economy and create 45,000 jobs by 2035.

To reach net-zero, it adds, low-carbon power sources in the UK would need to quadruple to accommodate the electrification of heat and transport, which would double demand for electricity. Some changes require government action but consumers can also speed up the transformation. Here’s how:

1. Match your investments to your values

Investing in a green energy project is one way to increase your impact, with even modest amounts helping to fund large-scale projects. Thrive offers individuals and businesses the opportunity to invest in onshore energy projects. For example, the company helped bridge a funding gap to build Boardinghouse wind farm in Cambridgeshire where five wind turbines generate enough electricity to power 7,500 homes annually. Thrive also invested in the UK’s first geothermal power plant on the United Downs Industrial Estate in Redruth, Cornwall.

“Investing in your pension more sustainably could be 27 times more powerful than going vegan and stopping flying combined,” says Henna Shah from Make My Money Matter, a campaign group that highlights what people’s pensions are funding.

The Resolution Foundation calculates that private pensions are now the largest component of household wealth in the UK, totalling over £6.1tr. And while a study suggests 68 per cent of the population want to invest in companies that put the planet alongside profit, through their pension funds they could unwittingly be backing fossil fuels or weaponry.

“It’s up to you to speak to your employer and your pension provider and say, ‘actually, I want an option where I’m not investing in these things,’” says Shah.

Larger companies like Aviva and Legal & General now offer sustainable funds, but savers have to ask to switch. Nest, the workplace pension scheme set up by the UK government, also has an ethical fund and recently started divesting from firms involved in coal extraction, tar sands and arctic drilling.

Insurers are the second biggest investors after pension funds, so choosing an ethical insurance company will also help. Naturesave, for example, donates profits to environmental projects and is campaigning for the industry to divest from fossil fuels.

Sign up to hear from Thrive Renewables on new investment opportunities, events and other exciting energy projects Subscribe here

3. Switch to an ethical bank

“A significant amount of finance for the fossil fuel industry actually comes from the banking sector, with many UK household banking names among the worst perpetrators,” says Adam Scott, corporate partnership manager at Friends of the Earth. “As of September 2019, nearly £150bn had been invested in fossil fuels by UK banks since the Paris agreement.”

This month, Ethical Consumer magazine ranked Triodos Bank’s current account as the most ethical in the UK. It was the first bank to be given the Good Egg mark by Good With Money, a kitemark for financial services that make a positive impact. The Ecology Building Society has been awarded the mark, while Charity Bank – which only offers savings accounts – loans directly to charities and social enterprises.

Switching to an ethical bank, which is transparent in what it funds, ensures that your money is invested in projects that do not cause environmental harm. 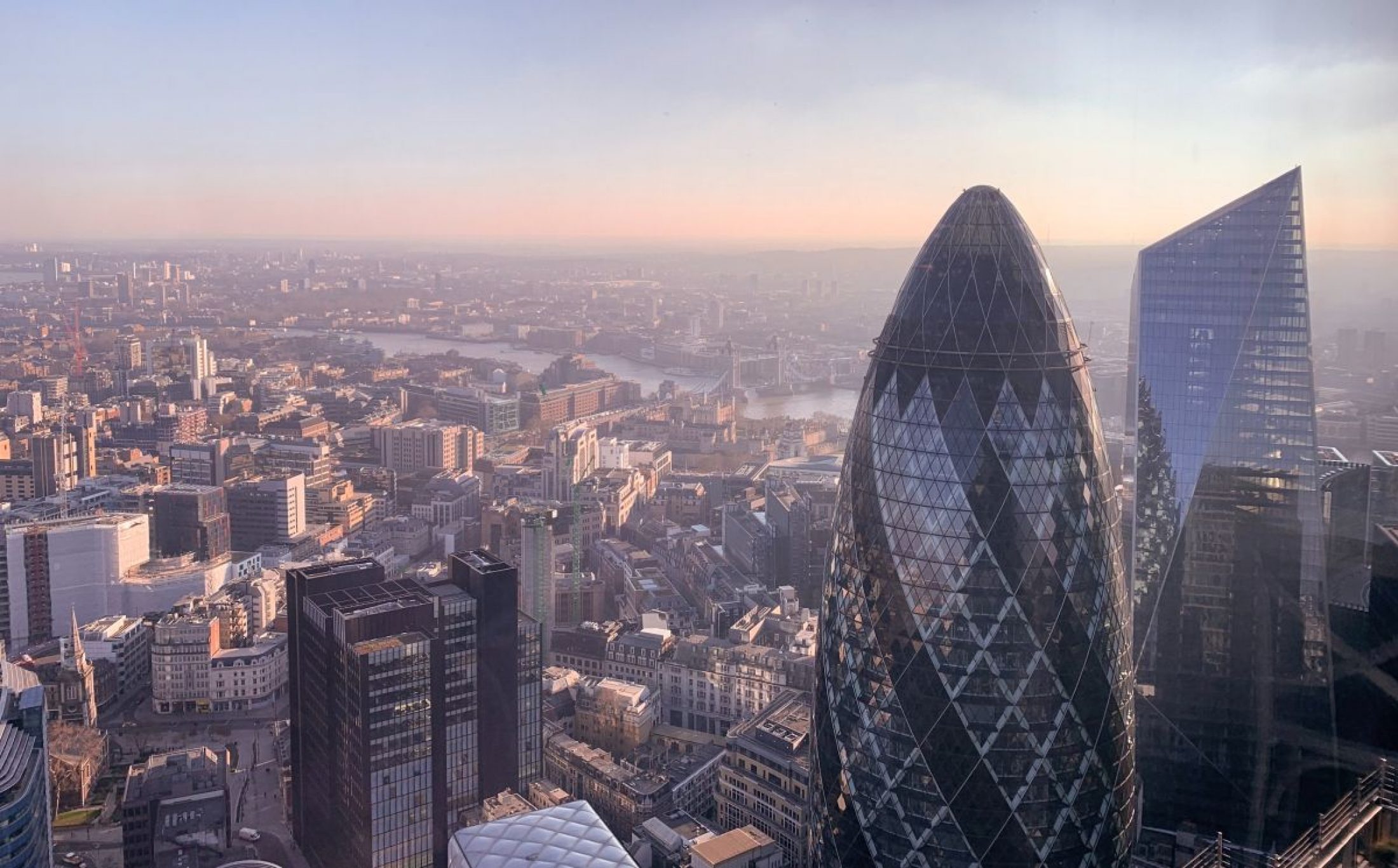 A significant amount of finance for the fossil fuel industry comes from the banking sector. Image: Alev Takil

4. Use green electricity and use it wisely

Switching to an energy provider that offers 100 per cent renewable electricity is a simple but effective way of being part of the clean energy transition. One such company is Good Energy, which buys renewable electricity from independent generators and sells it on to customers. Another supplier is Ecotricity, which invests profits in building new sources of clean energy, while Bulb, Tonik, and Octopus Energy are among the increasing number of other energy companies offering 100% green electricity.

Using energy wisely is another way to hasten the transition to renewables. “Being a smarter consumer can make an awful lot of difference,” says Thrive’s Clayton. “It’s not just how much energy you use, it’s when you use it.”

Setting timers for appliances to run through the night, when demand is low, or during the brightest part of the day, to utilise solar, can help. Other ways to conserve energy include switching televisions off overnight and turning the heating off when out of the house. Even lowering the thermostat by 1C helps.

Being a smarter consumer can make an awful lot of difference

5. Get efficient at home

Due to energy inefficiencies, UK households are the third biggest emitters of CO2 after transport and the energy sector.

The government recently announced a Green Homes Grant, which will provide homeowners in England with funding for up to two-thirds of the cost of home improvements, up to £5,000, to fit insulation or install low-carbon heating systems. Other grant support may be available in Scotland, Wales and Northern Ireland.

“The Green Homes Grant is a significant investment by the government in energy efficiency, which will provide long-term benefits to householders and the environment by cutting fuel bills and reducing carbon emissions,” says Mike Thornton, chief executive of the Energy Saving Trust. “It will particularly help low-income households access much-needed funds to make their homes warmer.” 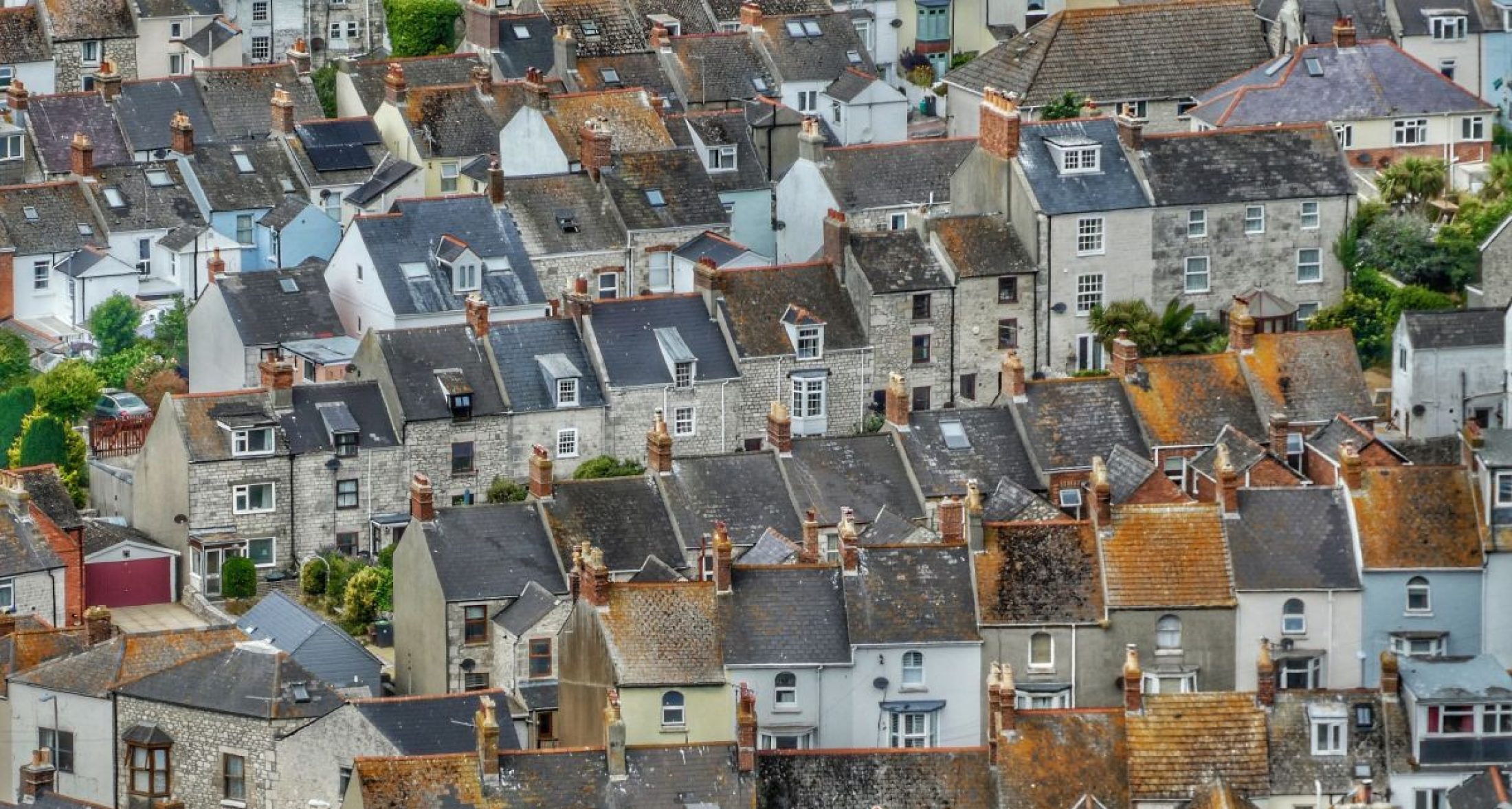 UK households are the third biggest emitters of CO2 after transport and the energy sector. Image: Belinda Fewings

6. Speak up for the planet

As the saying goes, there is strength in numbers, so consider joining a campaign group, such as Power for People, to add weight to ongoing efforts to lobby policy makers to switch to renewable power. Alternatively, why not start your own group bringing together neighbours and friends to look at how renewable energy could be better supported where you live.

As well as using your vote wisely during elections, you can contact your MP to ask what they are doing to support the renewable energy sector. Power for People has some good advice on getting you MP to take climate action seriously.

Local authorities have been given more policy making power in recent years, so it’s also worth remembering to contact local councillors, too. Climate action group Possible has been working with Hackney Council on a project installing heat pumps in parks to power nearby public buildings, and it’s encouraging members of the public to ask other councils to do the same.

A small step you can take is to recommend that your friends follow in your footsteps and switch energy providers and banks. Look out for ‘refer a friend’ offers from the companies that you are a customer with, which can mean you get some cash back too.

Fuelling the future: renewables in numbers

According to Thrive, onshore renewables could create jobs and save money on bills if government energy policy better reflected net zero targets. 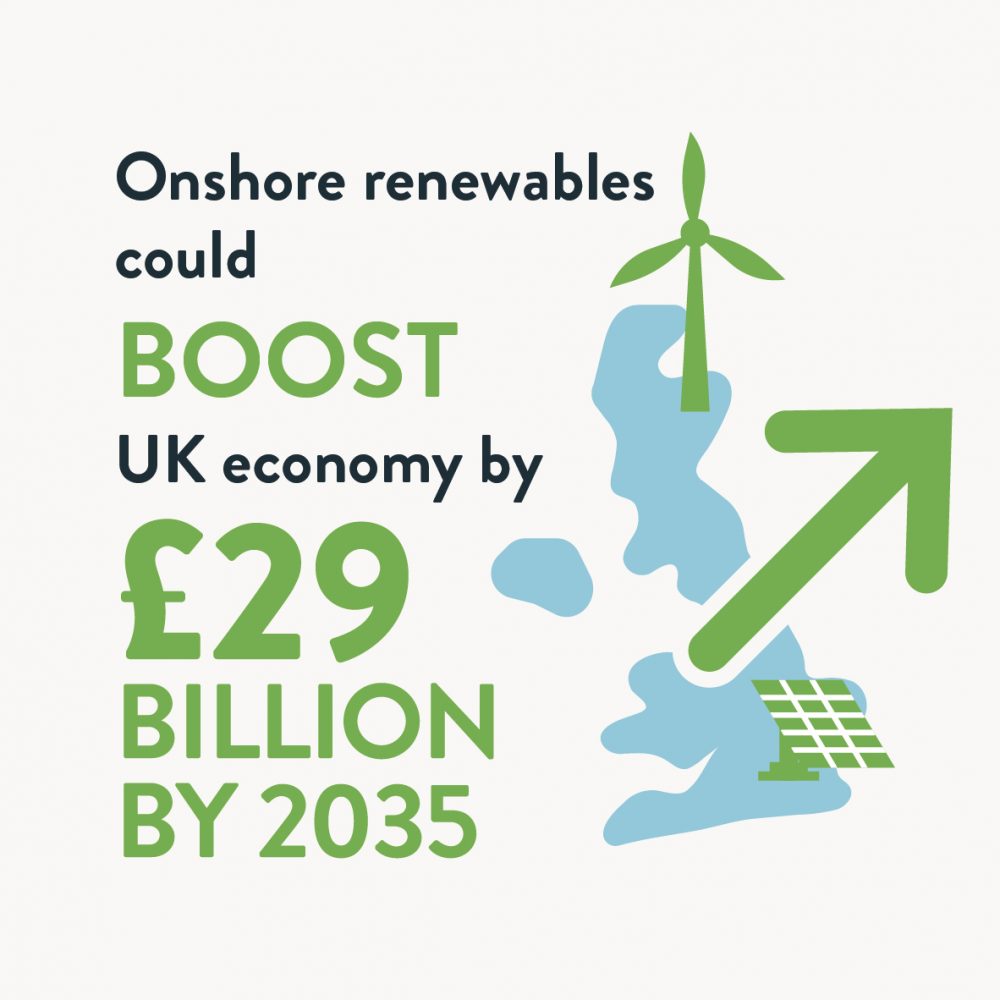 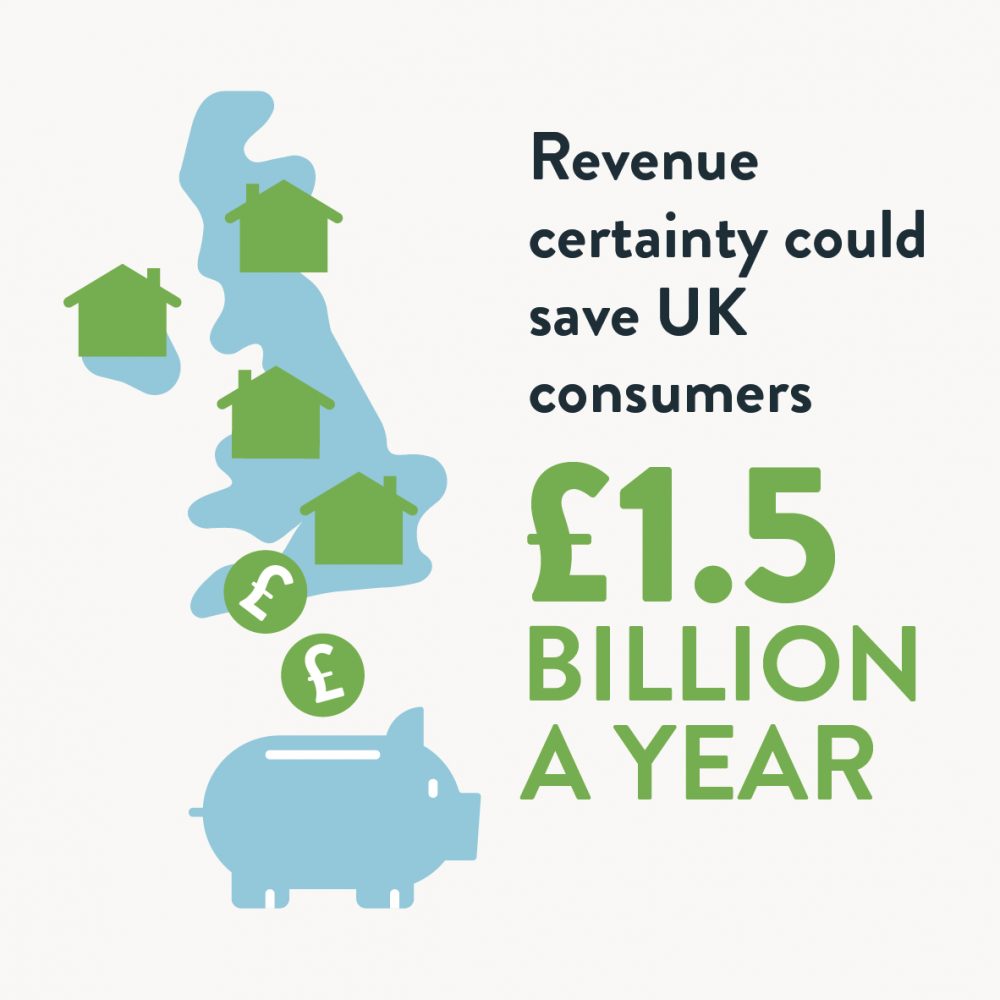 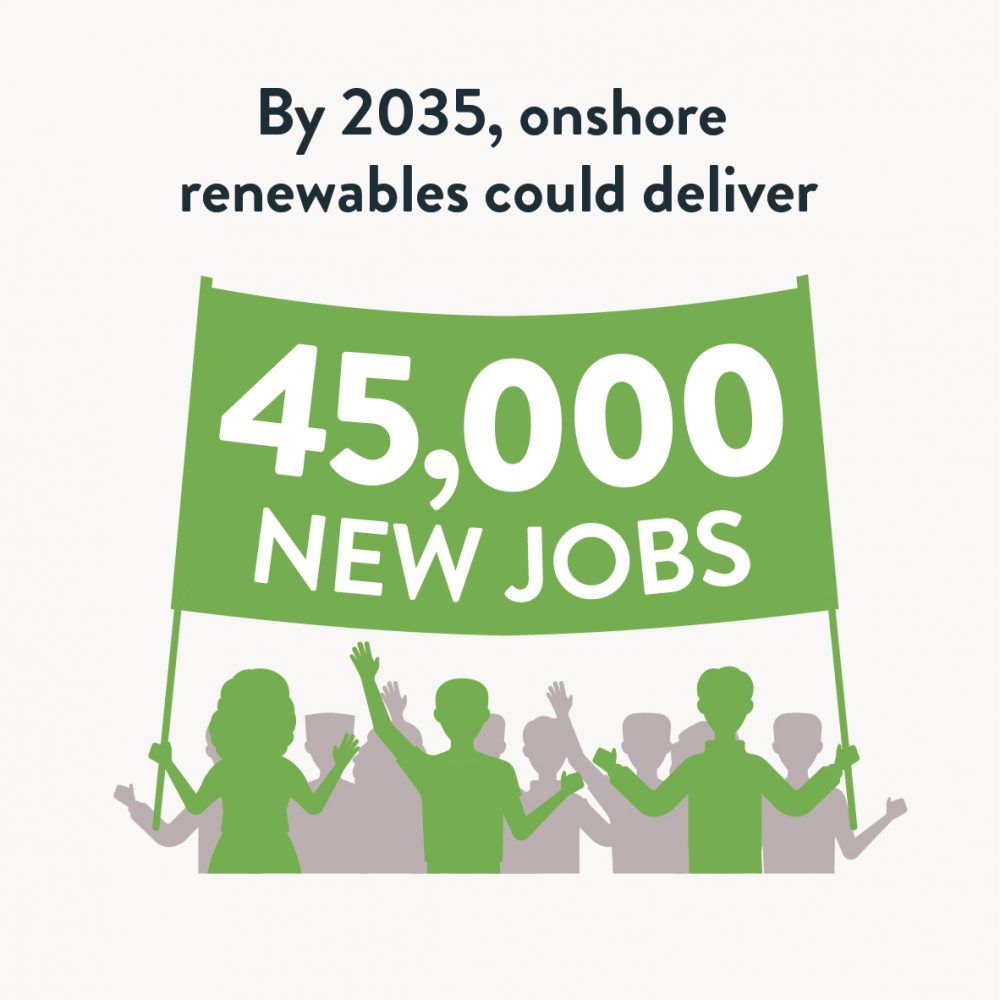 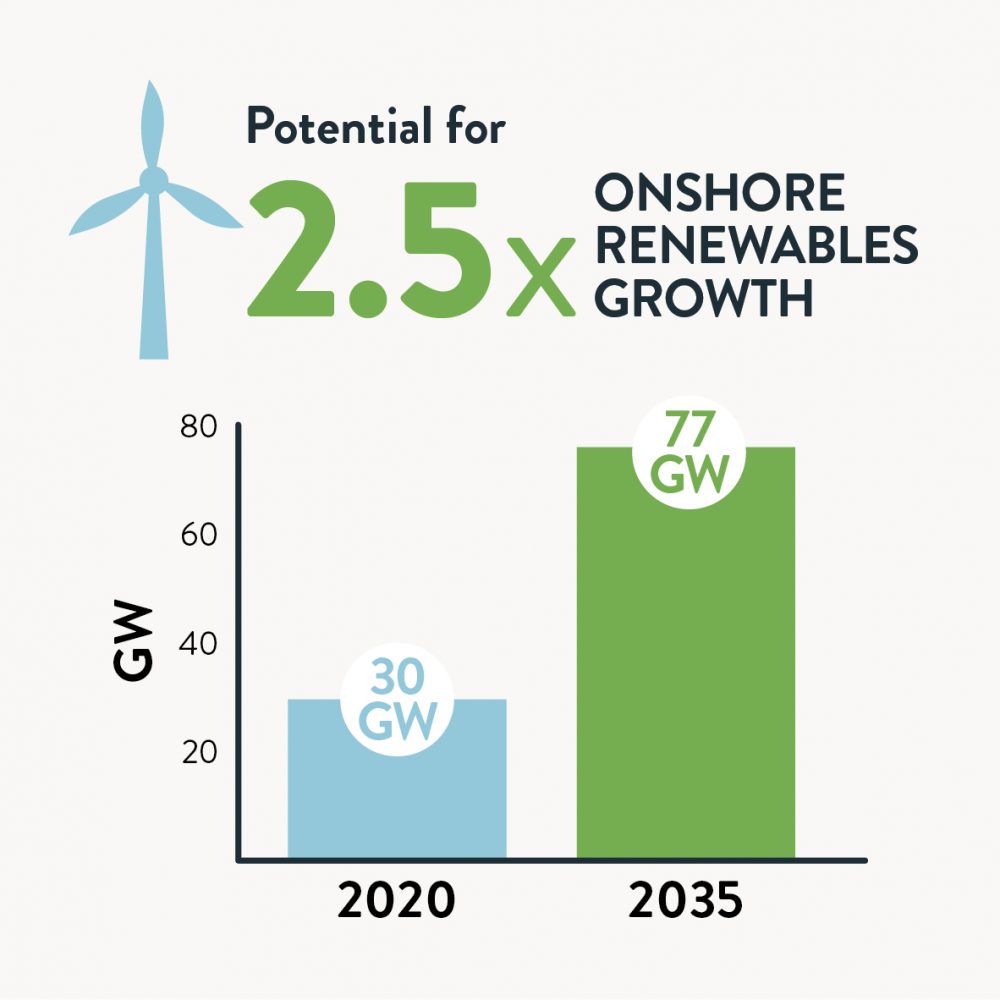 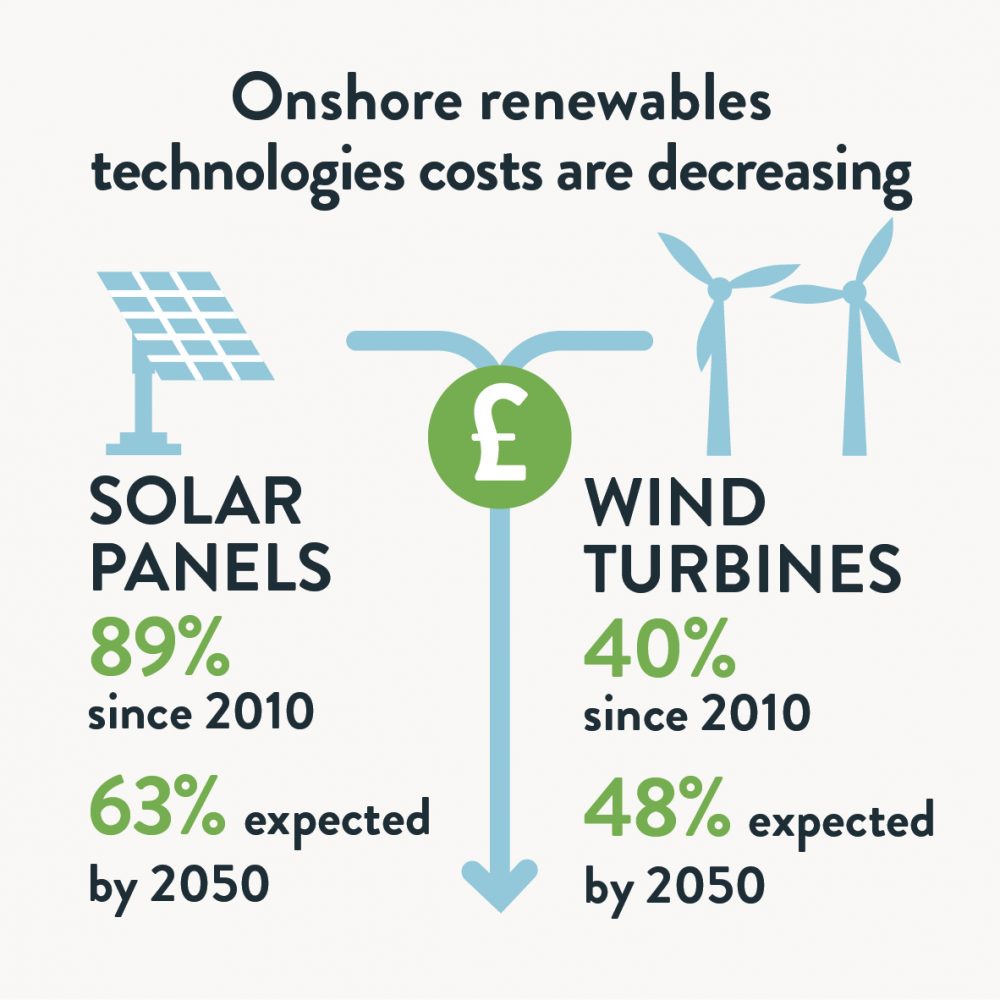 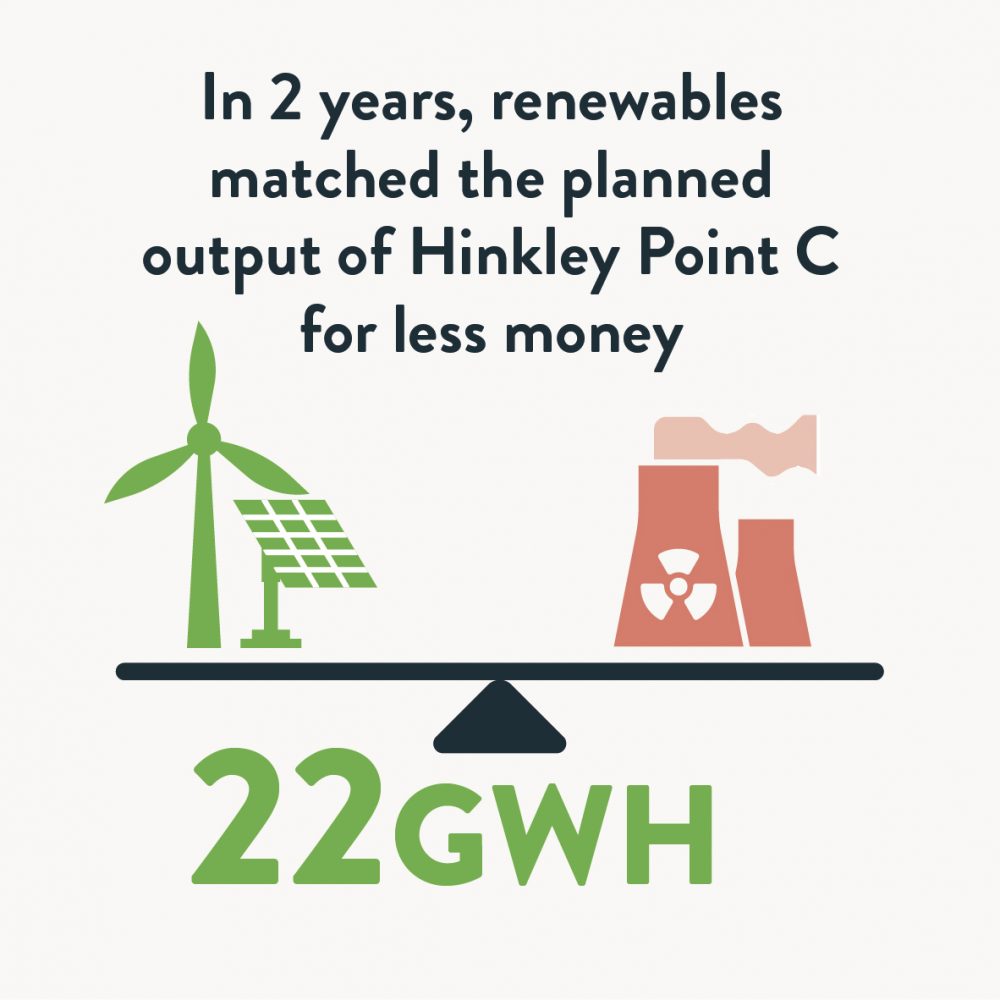