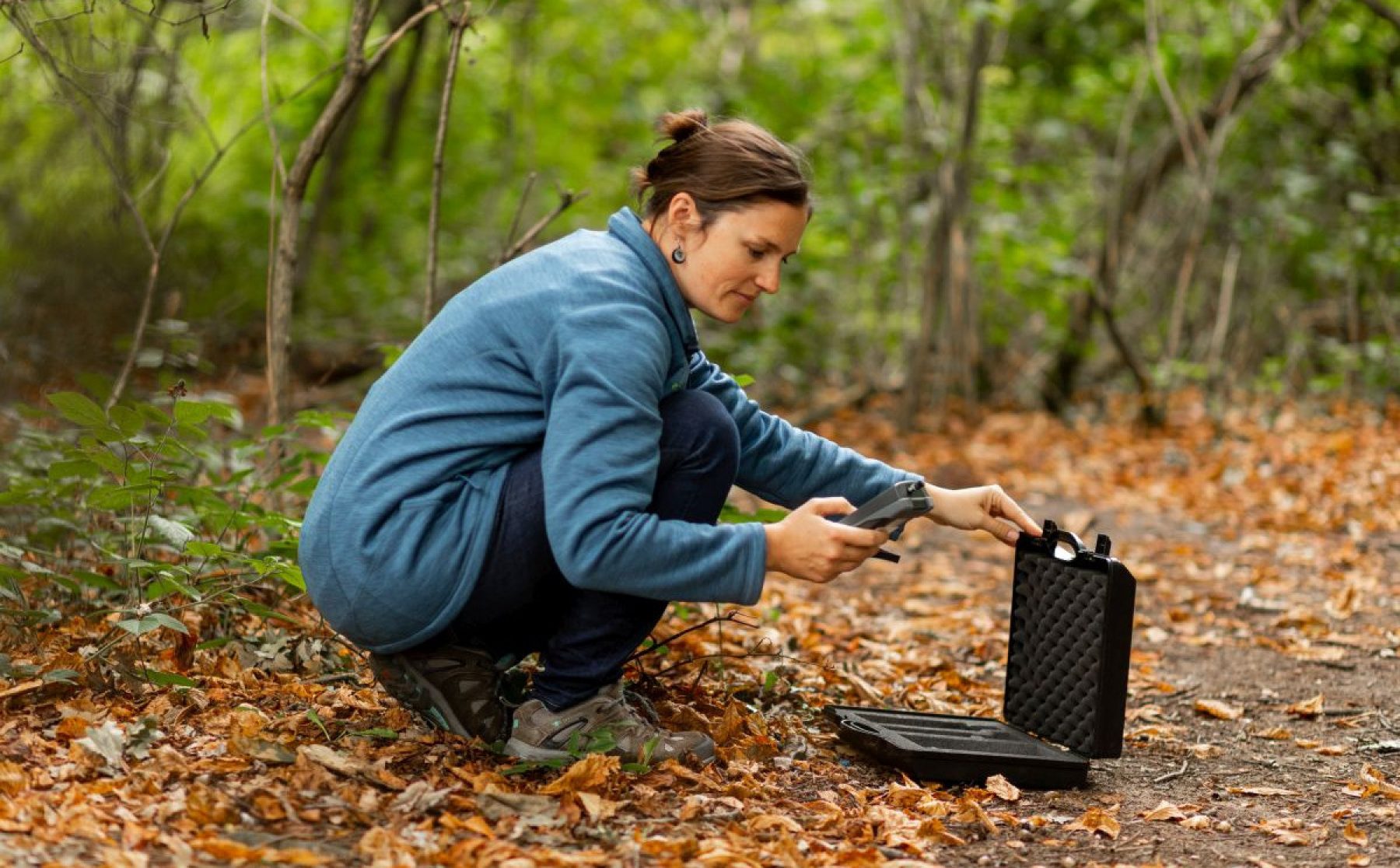 They help strike a balance between the needs of wildlife and housebuilding in the UK, but slow down much-needed development? Far from it, claim these ecologists

They help strike a balance between the needs of wildlife and housebuilding in the UK, but slow down much-needed development? Far from it, claim these ecologists

In a typically blustering speech that was arguably heavier on soundbites than it was on facts, Boris Johnson vowed in July to revive the UK’s flagging economy with a bonfire of planning regulations, making it easier for developers to “build, build, build”. The “newt counting” days were over, proclaimed the PM, scapegoating a protected amphibian for stymying construction.

Under the EU’s habitats directive, developers are required to conduct wildlife surveys and provide alternative habitats for protected species such as great crested newts. But research commissioned by the previous government found that neither newts nor other animals were responsible for delaying building work. In some cases, it was the developers themselves, buying up land and then failing to put their plans for the sites into action.

Positive News spoke to three ‘newt counters’ about the speech, their unusual careers and why conservation matters. “I was just a postman with an interest in newts,” recalls Jim Grundy, who made an unlikely career move from Royal Mail to the Cheshire Wildlife Trust after self-publishing a book on newts. The amphibian has enthralled him since he fished one out of a pond as a child, with a net his granny had bought him.

“Pulling a great crested newt out of the water is something that stays with you for the rest of your life,” he says. “They’re like dinosaurs.” 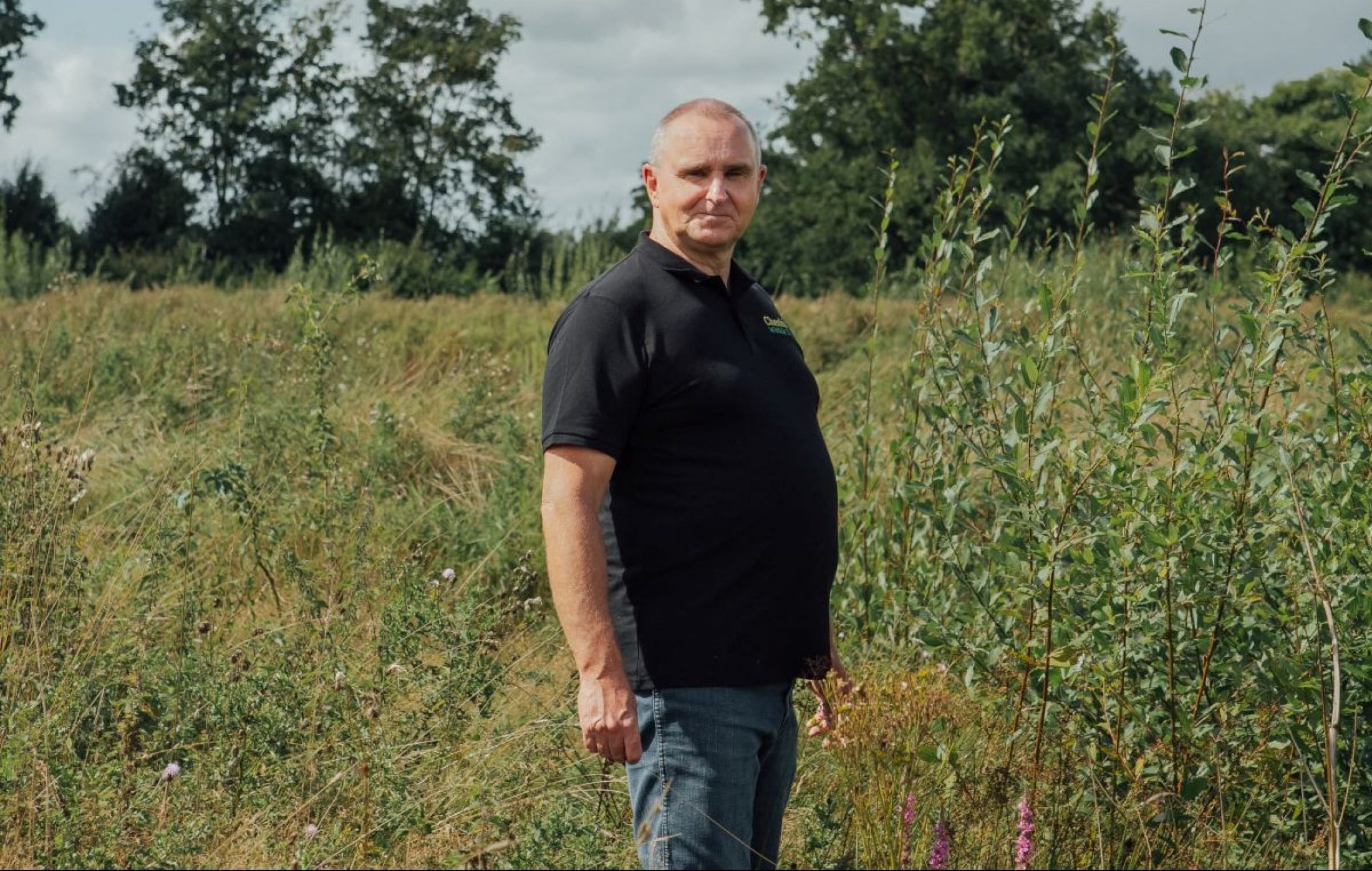 “I was just a postman with an interest in newts,” says postie-turned-amphibian counter Jim Grundy. Image: Helena Dolby

His fascination prompted him to write Newts in Your Pond and Garden, a “labour of love” penned in the evenings after his post round. “I saw it as my ticket to fame and glory,” he jokes, but in a way it was. Generating acclaim among fellow newt fanciers, the book landed him a job counting the creatures.

The role required Grundy to conduct newt surveys, estimate populations and work with developers to retain or create new habitats for the amphibians at their sites. “I saw the rationale behind it,” he says. “But I thought there needed to be a better system.”

Grundy subsequently helped to develop the district level licensing scheme (DLL), which is phasing out the practice of actually counting newts on sites for development. “Boris hasn’t done his research,” says Grundy. “Newt counting is already all but over in England now.” 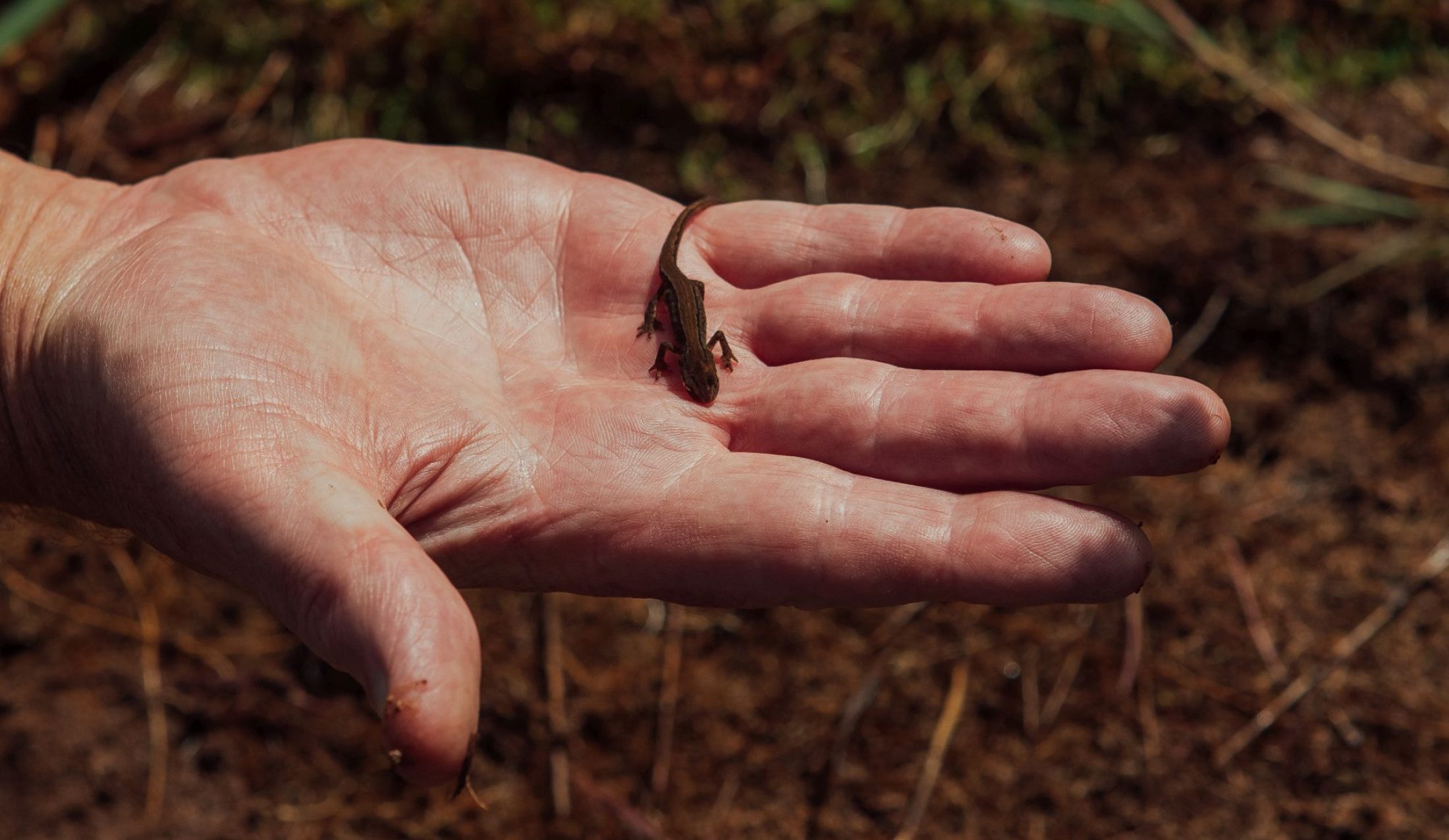 Under the DLL, newt surveys are no longer necessary. And while developers are encouraged (but not obliged) to retain newt habitats on their sites, they can now incorporate them into public spaces, such as greens and parks, whereas before they had to create them in addition to such spaces. Developers are, however, required to fund new great crested newt ponds elsewhere in the district, where existing populations have the greatest potential to grow.

“DLL has been going in Cheshire for about a year and we’ve put in more than 120 newt ponds,” says Grundy. “That’s one of the biggest pond building exercises in the country.”

While there is no data to verify the efficacy of the scheme, Grundy is optimistic that it will boost newt populations, which like many species have fallen in recent decades. “DLL is an opportunity to turn the tide,” he says. 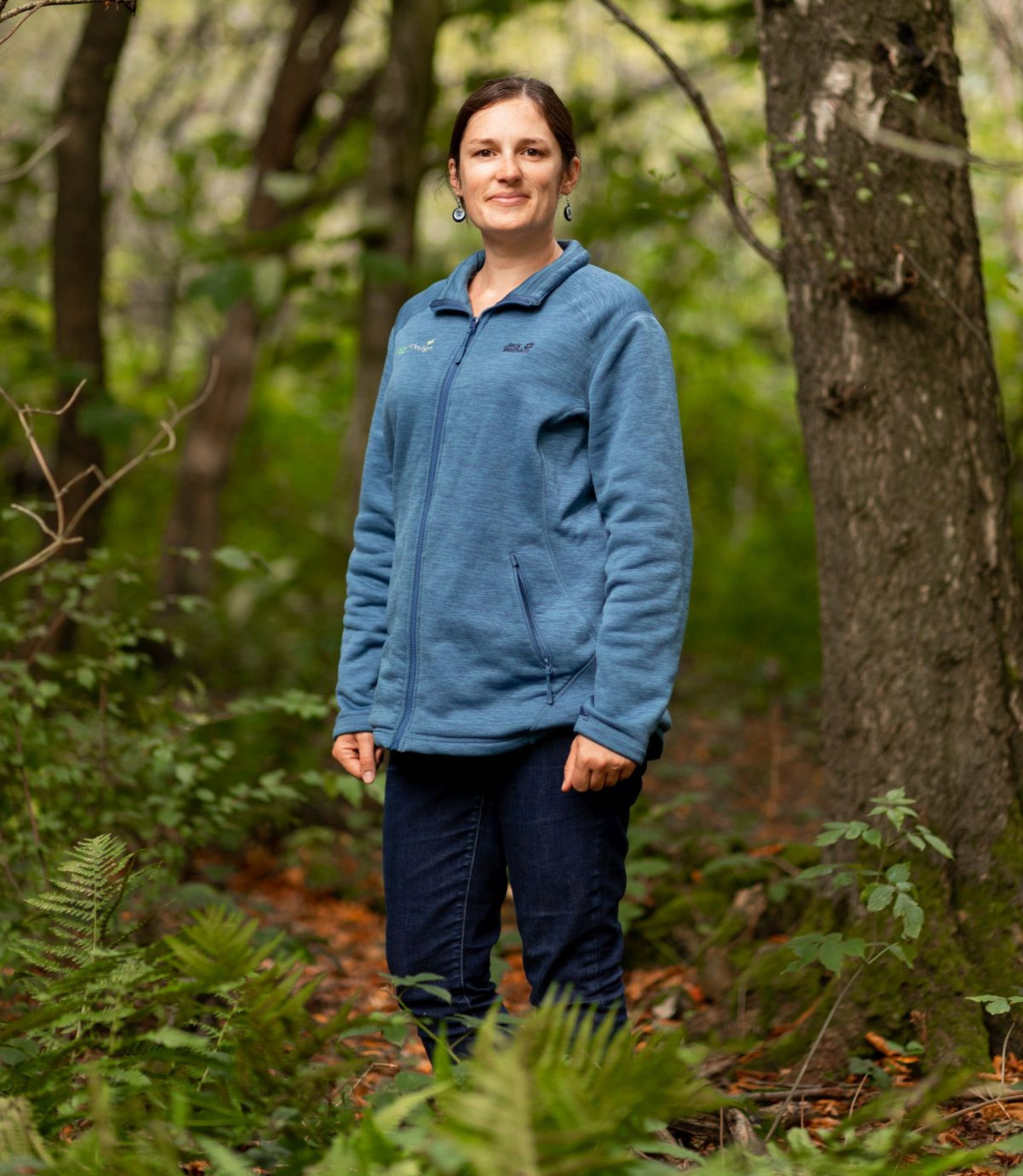 “I have found myself in some funny situations trying to find bats,” says Laura Grant, who has followed the creatures into the slums of Mumbai, the caves of Kenya and the rainforests of Costa Rica – and all for fun. “I bought a cheap bat detector while I was at uni, which I’ve since taken around the world,” she says.

Grant’s passion for bats subsequently became a profession. She landed a job as an ecologist and got her bat licence, which allows her to monitor the animals. Her insights help developers construct bat-friendly properties.

“If we don’t provide for wildlife we’re also selling ourselves short,” she says. “Habitats and the interactions between species are so complex, we should be doing all we can to conserve biodiversity and ensure it is integrated into all our lives so that we truly value and cherish it. We don’t know what we’ve got until it’s gone.” 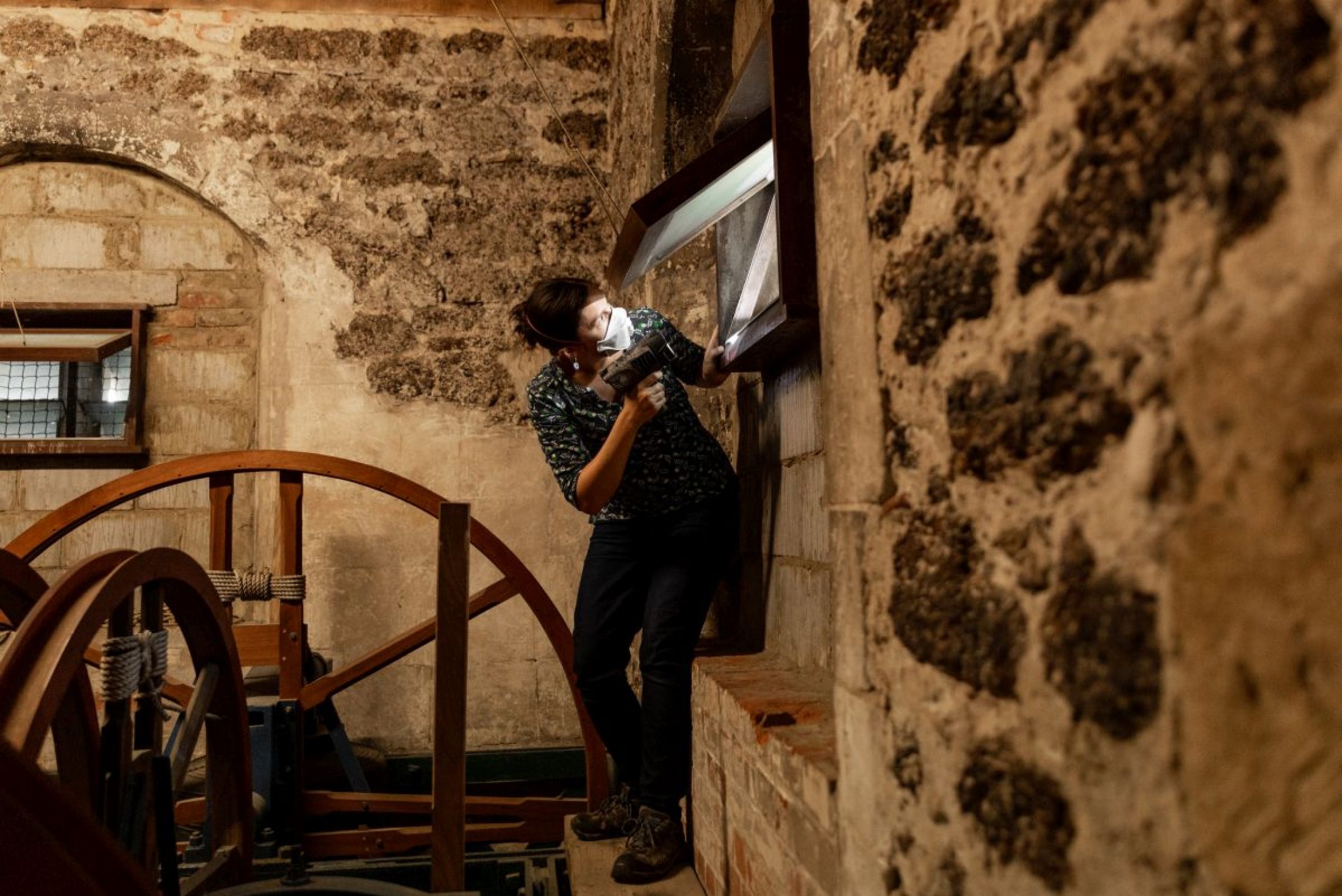 The best part of Grant’s job? “It’s satisfying to find a pragmatic solution which will help [bat] conservation. Also, being called ‘batgirl’ on construction sites never gets old.”

Like many ecologists, Grant was disappointed by the prime minister’s speech. “I consider the government to be using newts as a scapegoat for many wider failings to deliver housing,” she says, adding, “I don’t see how building more cheaply or quickly is worth the long-term impacts on biodiversity, natural history, visual amenity or our mental or physical health”.

Some developers are keen to accommodate bats at their sites, says Grant, who recalls one visit where she showed a live bat to builders.

“Everyone was so interested and engaged and had loads of questions,” she says. “[Then] I showed them the design of the features for bats to be incorporated in the roofs and when I returned they had put at least two on every building – way more than I had specified. They wanted to make a difference. It was beautiful to see how a little bit of education could make such a big difference.” 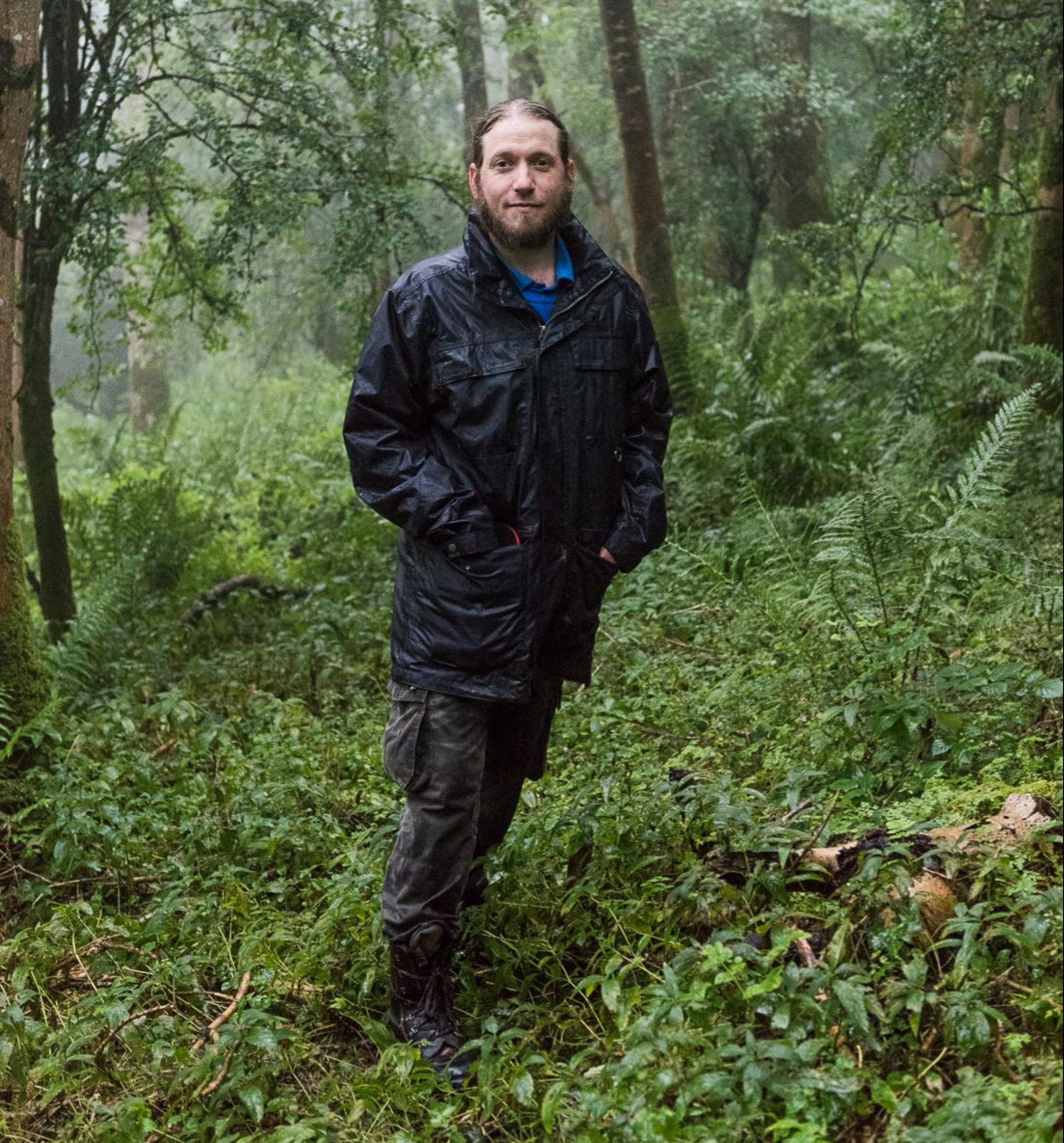 “They are just brilliant little creatures,” says Chris Dieck who, like Grant, belongs to the exclusive group of bat ecologists. Dieck also has bragging rights (although he doesn’t seem like the bragging type) to a bat licence. This gives him permission to handle the mammals, put identification rings around their legs and generally “get up close and personal” with an animal that most people only see as a dark silhouette flitting across the night sky.

Contrary to the rhetoric coming from the prime minister, wildlife surveys like the ones he works on are not to blame for holding up developments, believes Dieck.

“There are several reviews by the government itself which state that this is categorically not true,” he says, adding that property developers sitting on land is a greater cause of delays.

Where Number 10 sees bureaucracy, Dieck sees opportunities for symbiosis between bats and humans. “From my bat work, I would say in 90-95 per cent of all cases the [development] can go ahead and the needs of bats can still be taken into account,” he says.

Dieck has mixed feelings about the government’s development plans. “Alarming from a bat point of view is the fact that things like the development of derelict farm buildings [a common bat habitat] can go ahead without planning,” he says. “But there are encouraging noises. There’s a commitment to develop a national framework of green infrastructure standards – although there’s very little detail about how that’s actually going to happen.”

Dieck claims that housing estates could actually help to boost bat numbers – particularly where they spring up on “bat-unfriendly” arable farmland – if developers were to install bat boxes on properties.

Making such concessions to wildlife is our “moral imperative”, believes Dieck, and ultimately serves our best interests. “There are many papers out there that state categorically that an intact natural environment is directly beneficial to us,” he says. 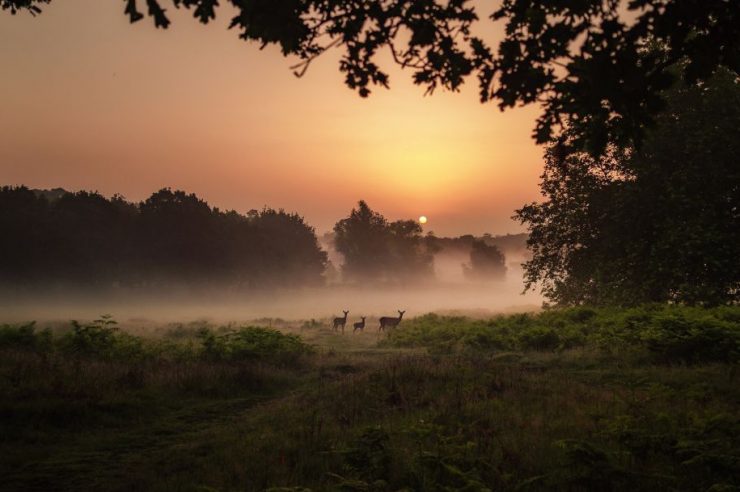 Land designated for nature restoration: a (wild)belter of an idea? Experts want ‘wildbelts’ to be part of UK planning strategy. What are they and how can they help tackle the climate crisis? Conservation Environment Sustainable Development 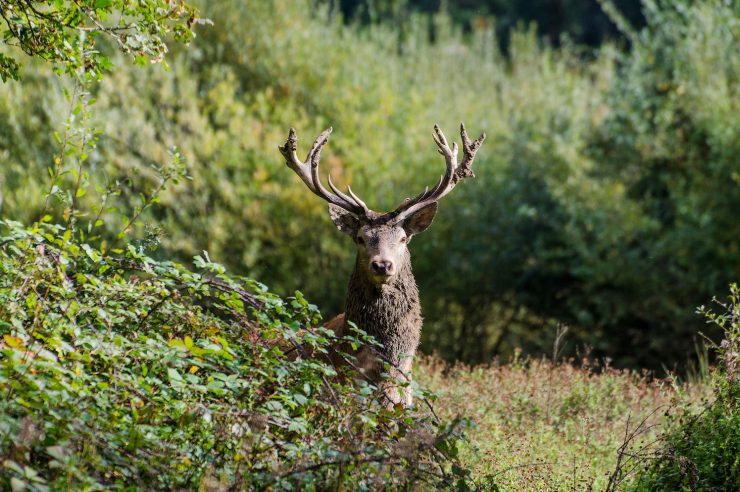 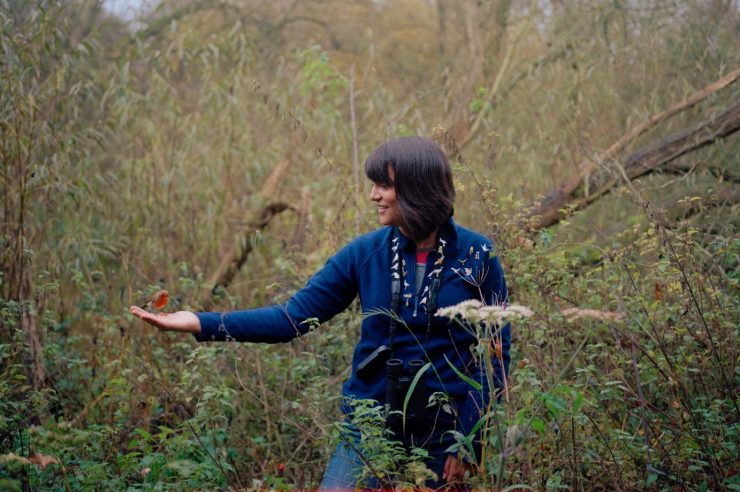 In our nature: the young conservationists Much is made about young people disconnecting from nature, forgoing the outdoors in favour of TV screens and games consoles. But some are pa... Conservation Environment UK Youth